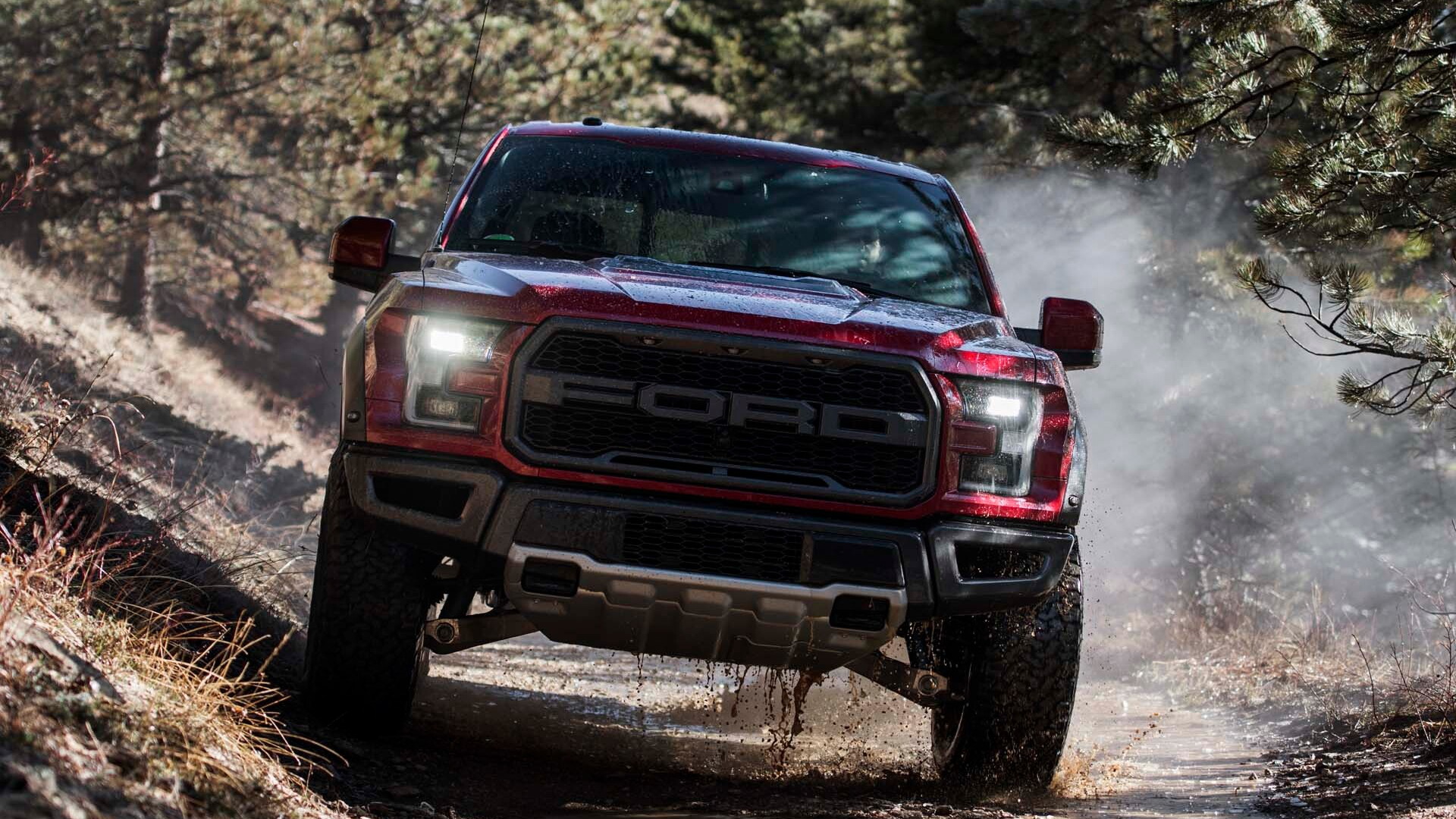 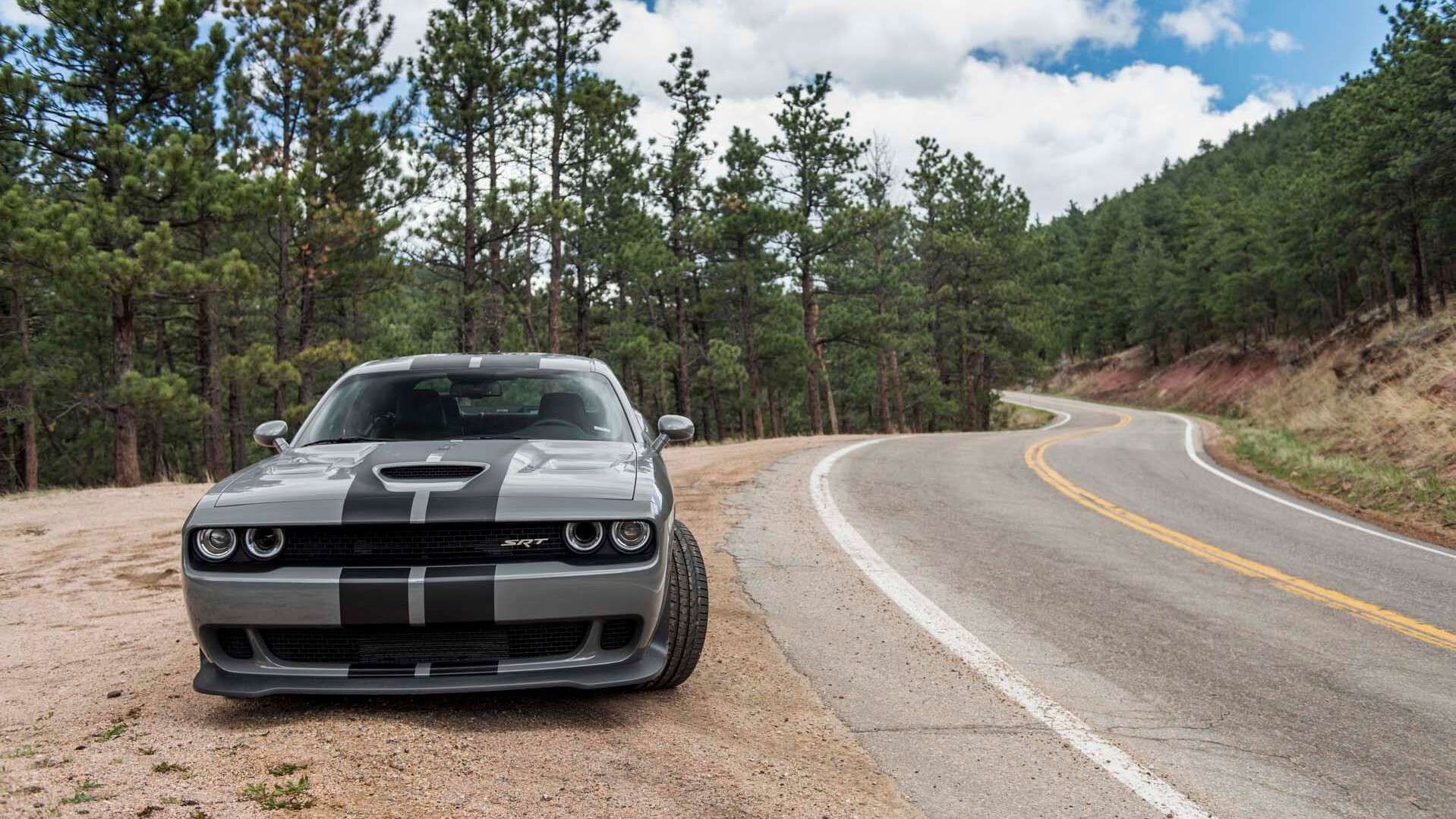 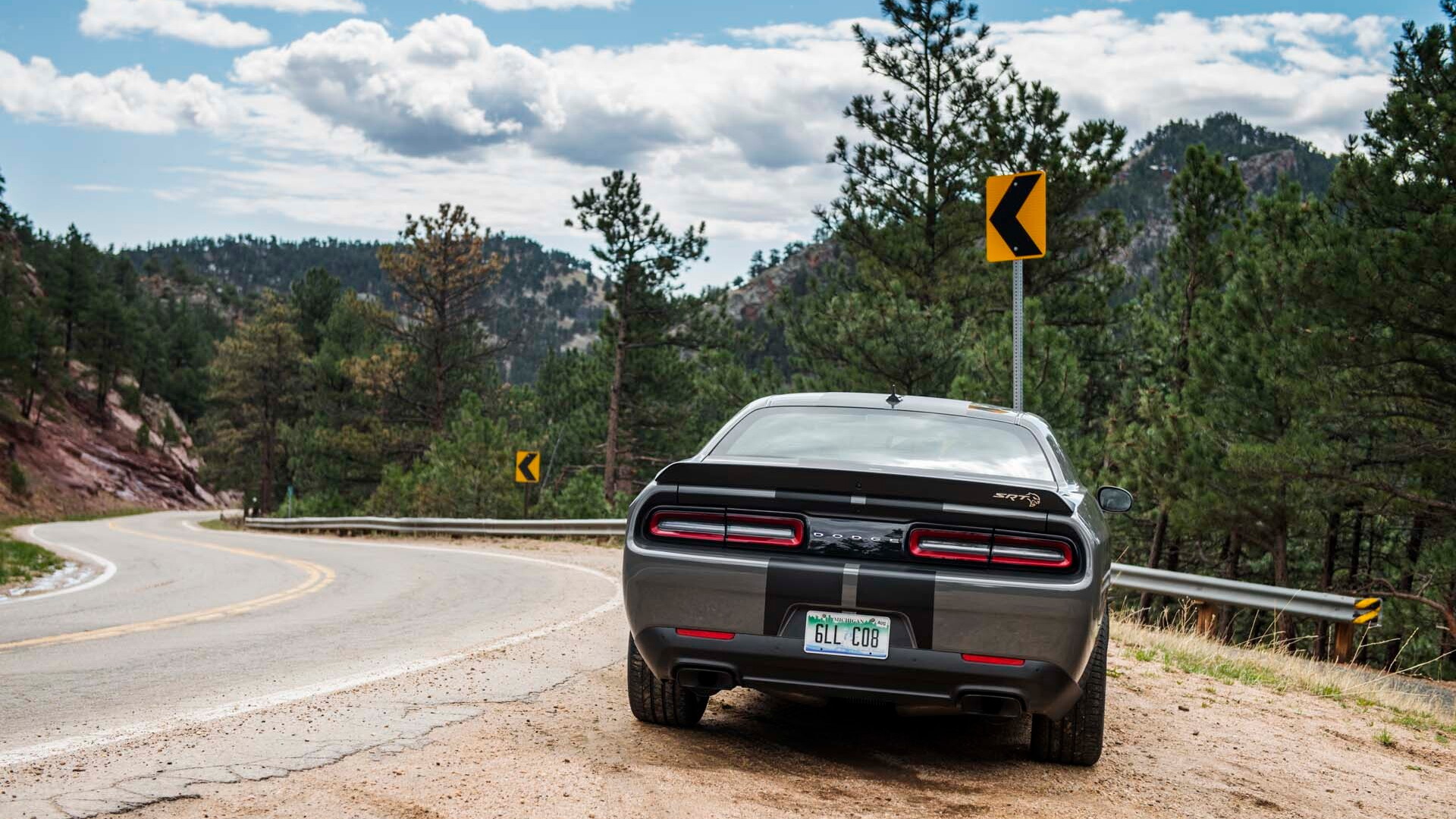 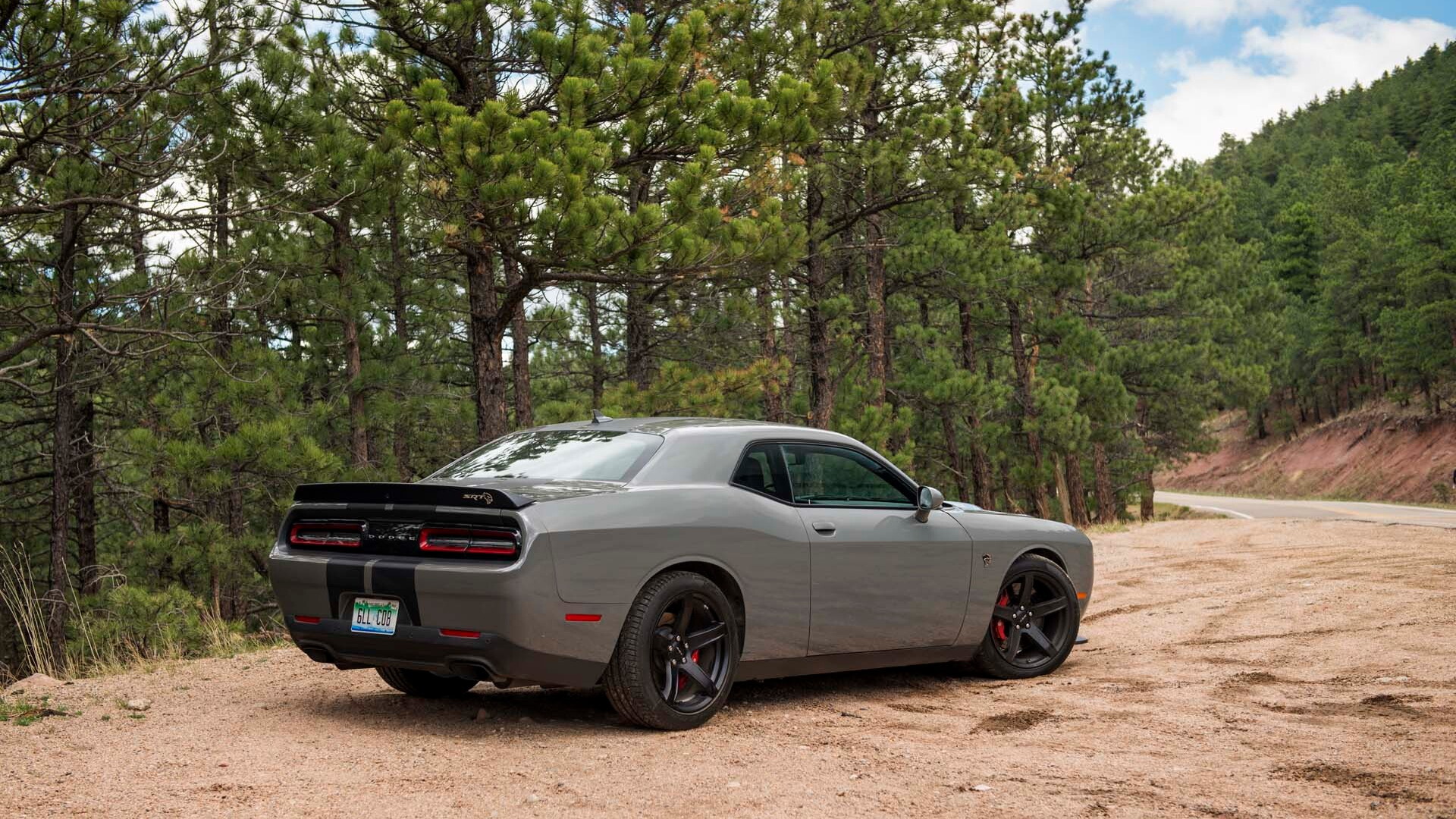 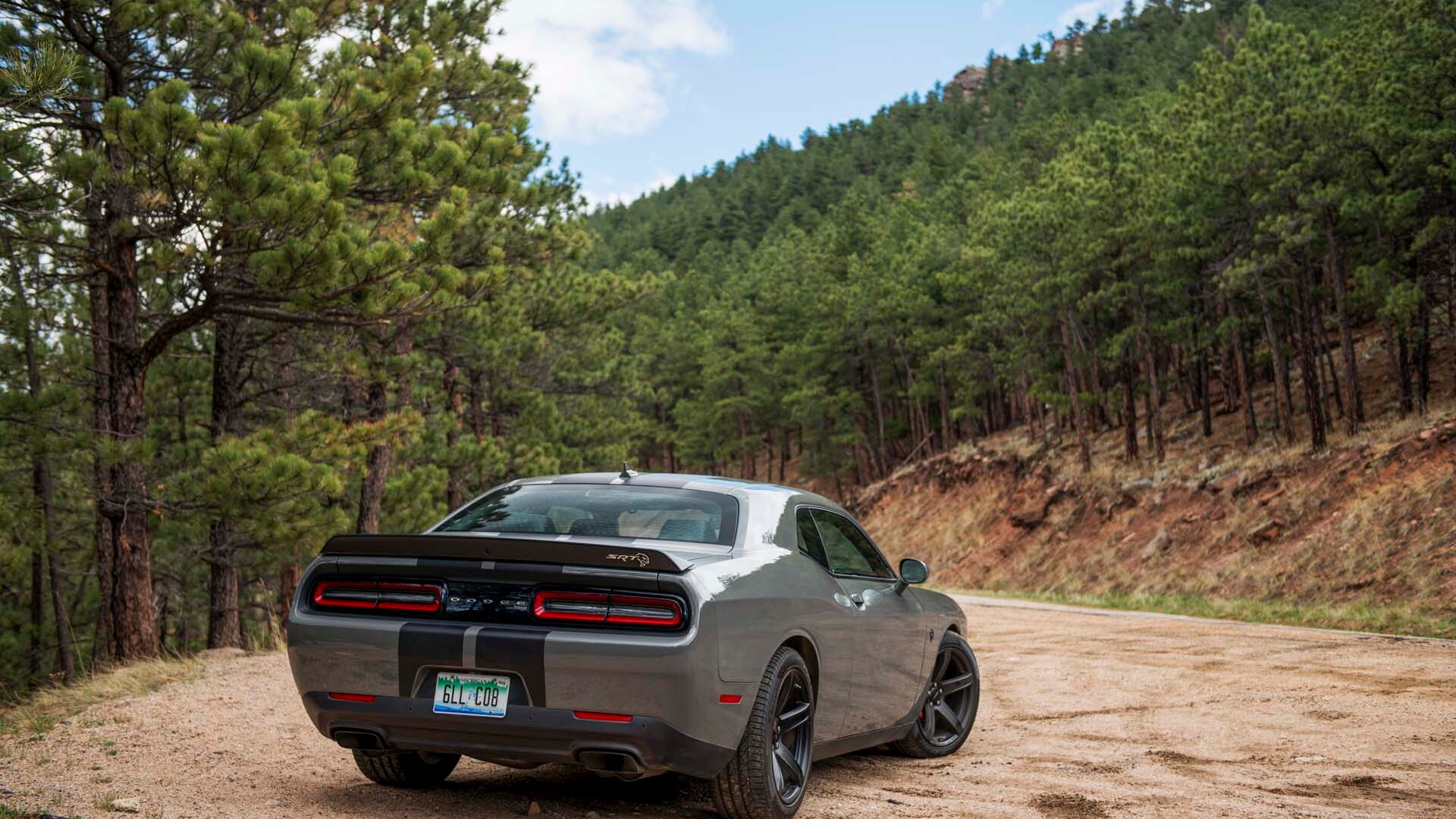 It was the question burning on our minds for all of 10 minutes: What's the quickest way to conquer a mountain? Around, or over?

Like a forced induction race between a rabbit and a super-powered rabbit, we took the strongest examples to Sugarloaf mountain.

Motor Authority editors Andrew Ganz and yours truly took a 2017 Ford F-150 Raptor and a 2017 Dodge Challenger Hellcat to Boulder, Colorado, for the least "green" race that city has ever seen.

The 2017 Ford F-150 Raptor has already made a name for itself as one of the fastest ways over tricky terrain. Its twin-turbocharged V-6 engine pumps out 450 horsepower, and its generous suspension travel and specialized internal bypass shocks by Fox help make this unique pickup a formidable foe for sand dunes everywhere and an ultra-capable off-roader.

The 2017 Dodge Challenger Hellcat is an established pavement punisher. With 707 horsepower, a 0-60-mph time of less than 4.0 seconds, and a top speed in excess of 200 mph, it has been a tour de force for American muscle and an instant classic since it hit the streets.

The routes were timed nearly exactly, with the slight edge going to the Raptor, which traversed the famous Switzerland Trail before connecting to Lefthand Canyon.

The Challenger Hellcat followed Boulder Canyon Road connecting to the scenic Peak to Peak byway through the town of Nederland, before descending into Lefthand Canyon.

While the Raptor's wide stance and countless inches stem-to-stern were liabilities on the trail, the Challenger Hellcat's famous straight-line-only speed kept it from making up ground on the curvy scenic byway.

The end was a surprise to both of the contestants. We didn't imagine it'd be so close. We're not sure we've definitively settled the quickest way to conquer Mother Nature, but we had plenty of fun along the way.