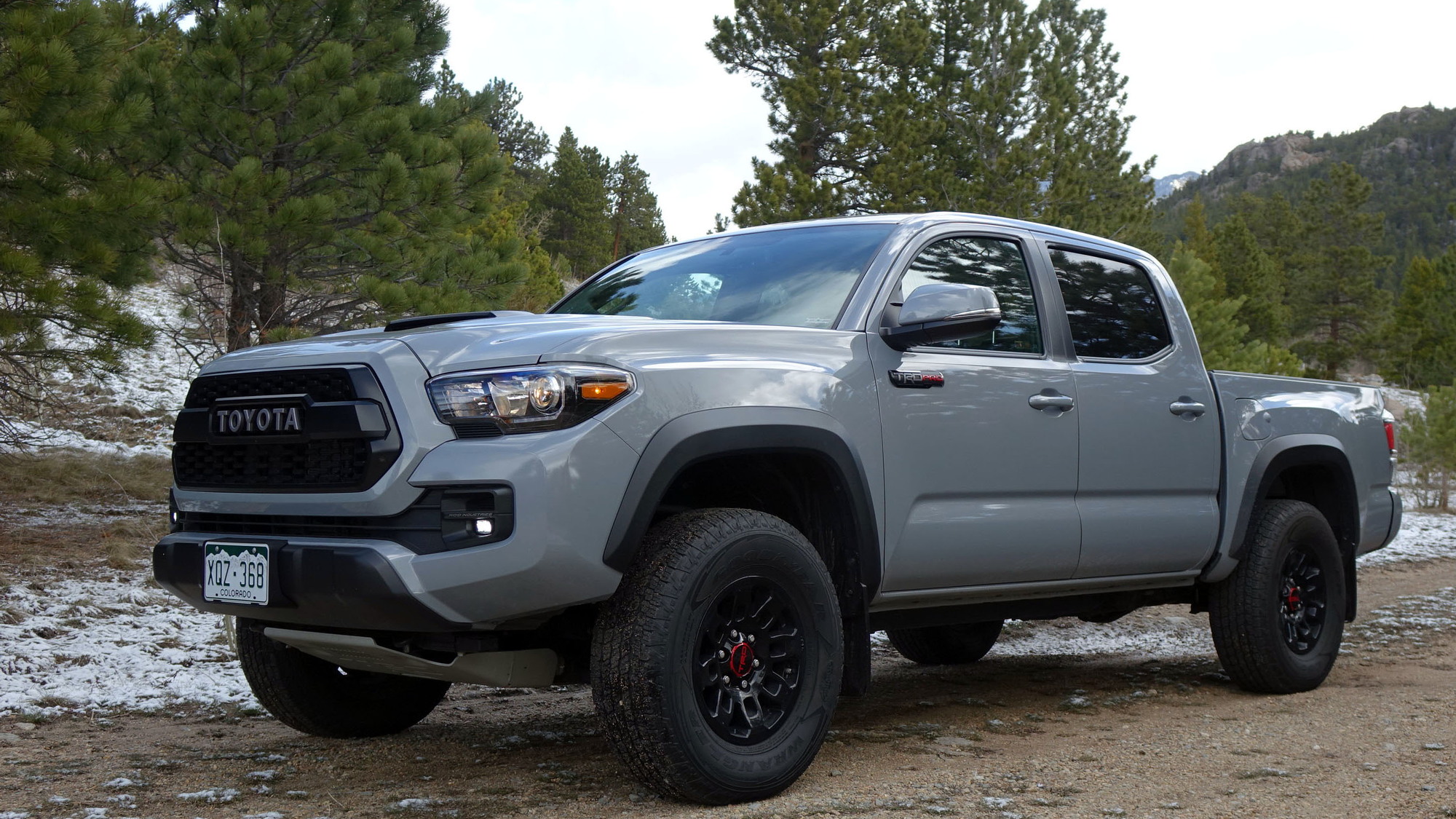 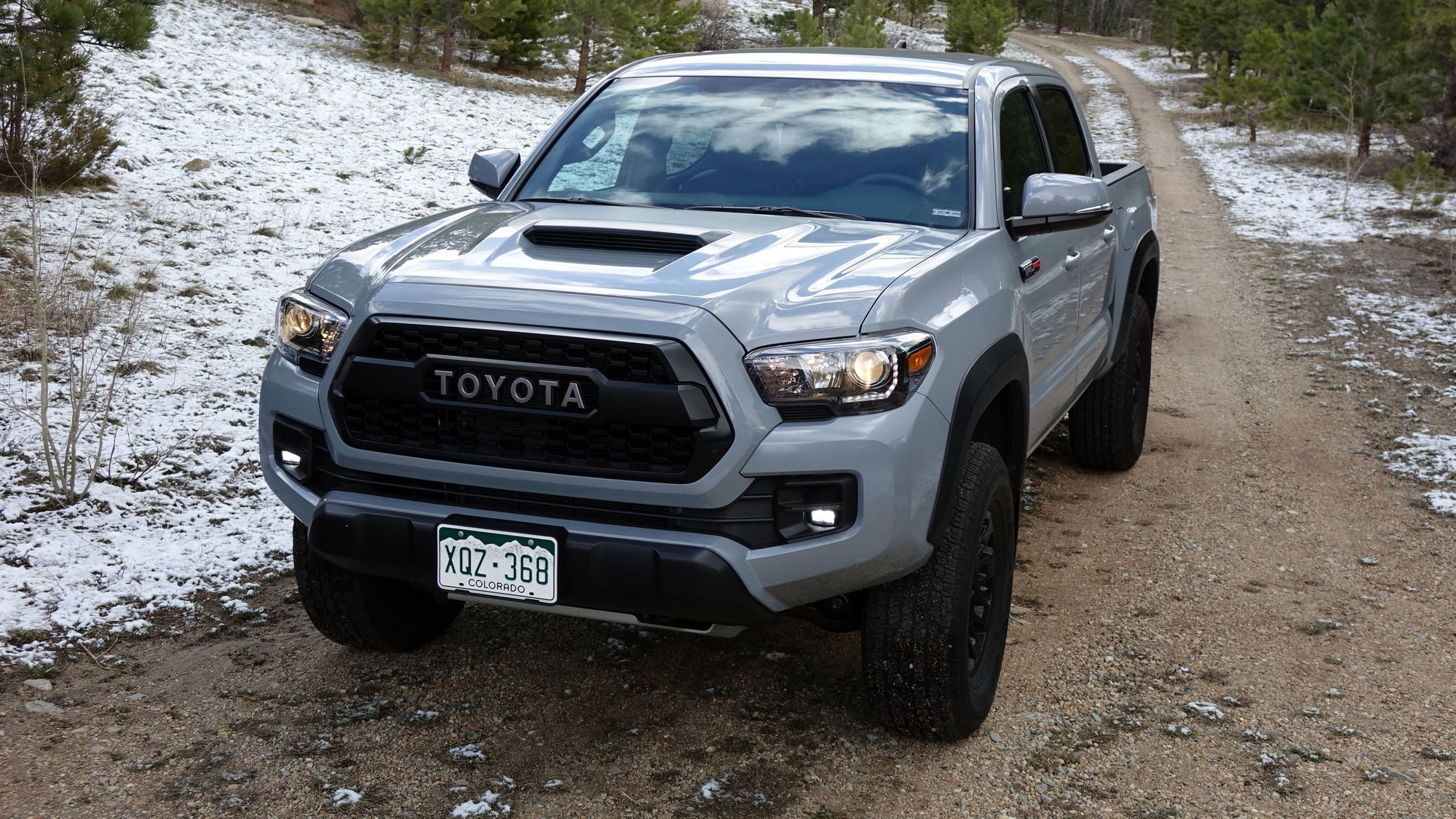 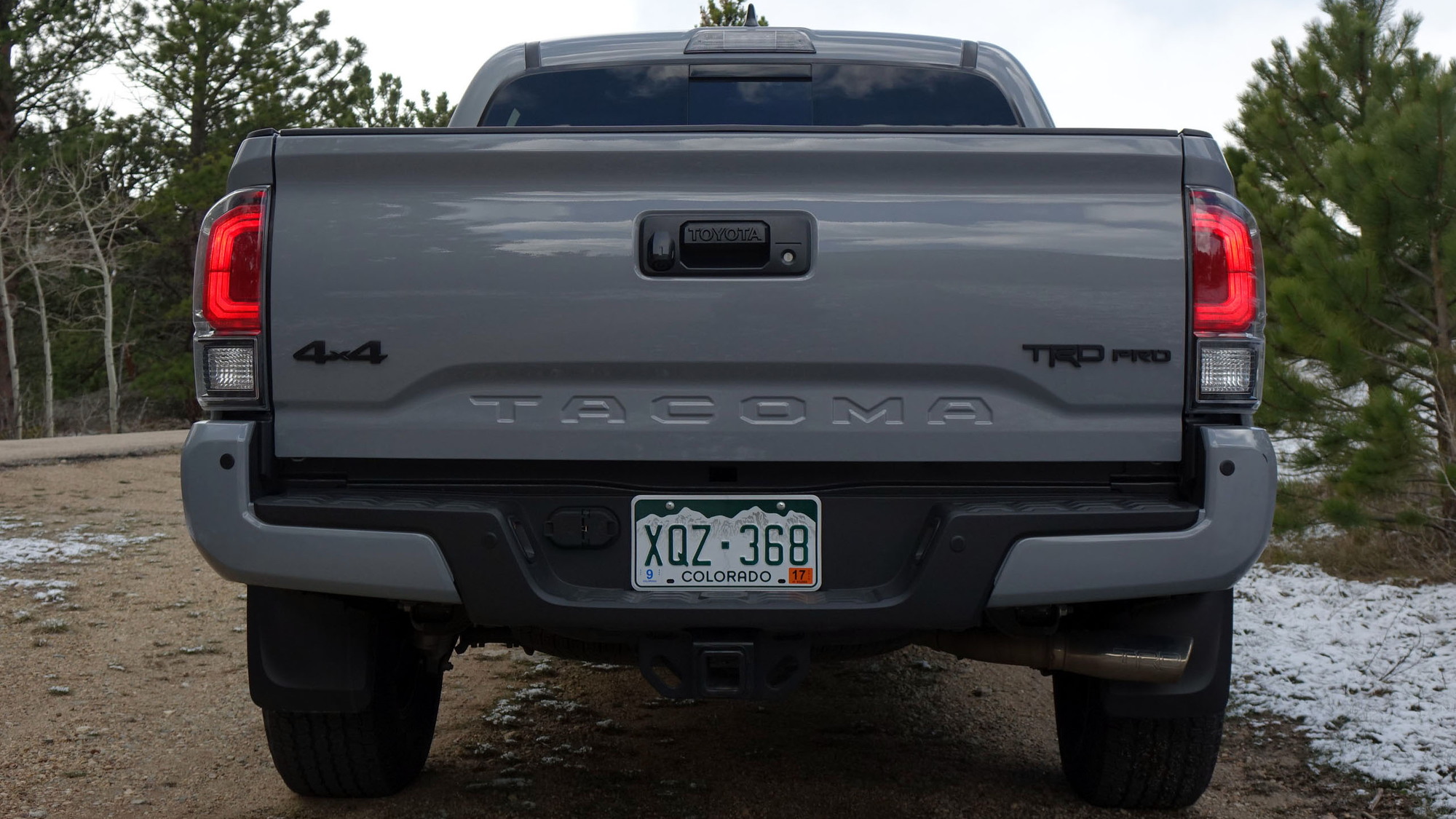 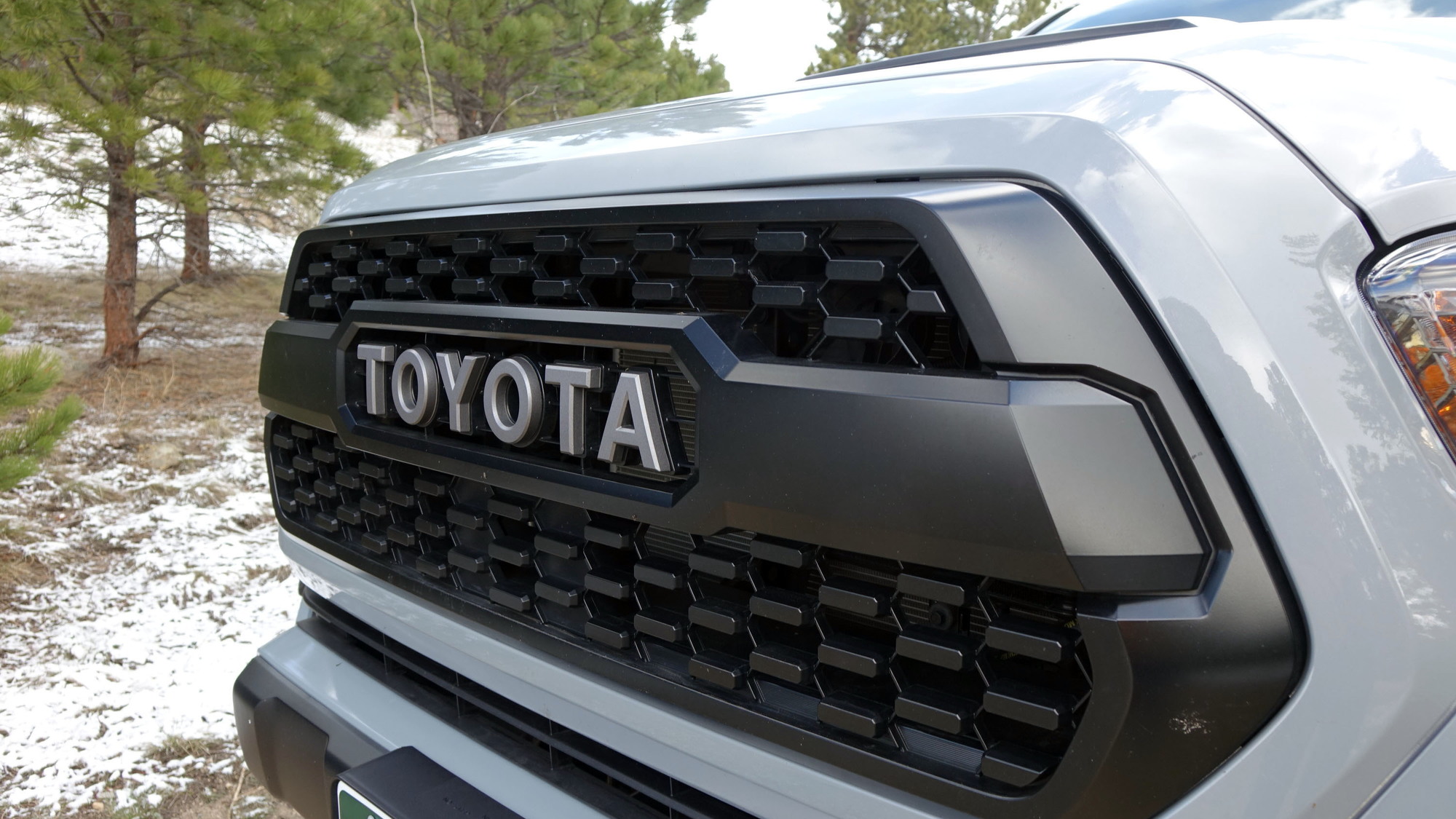 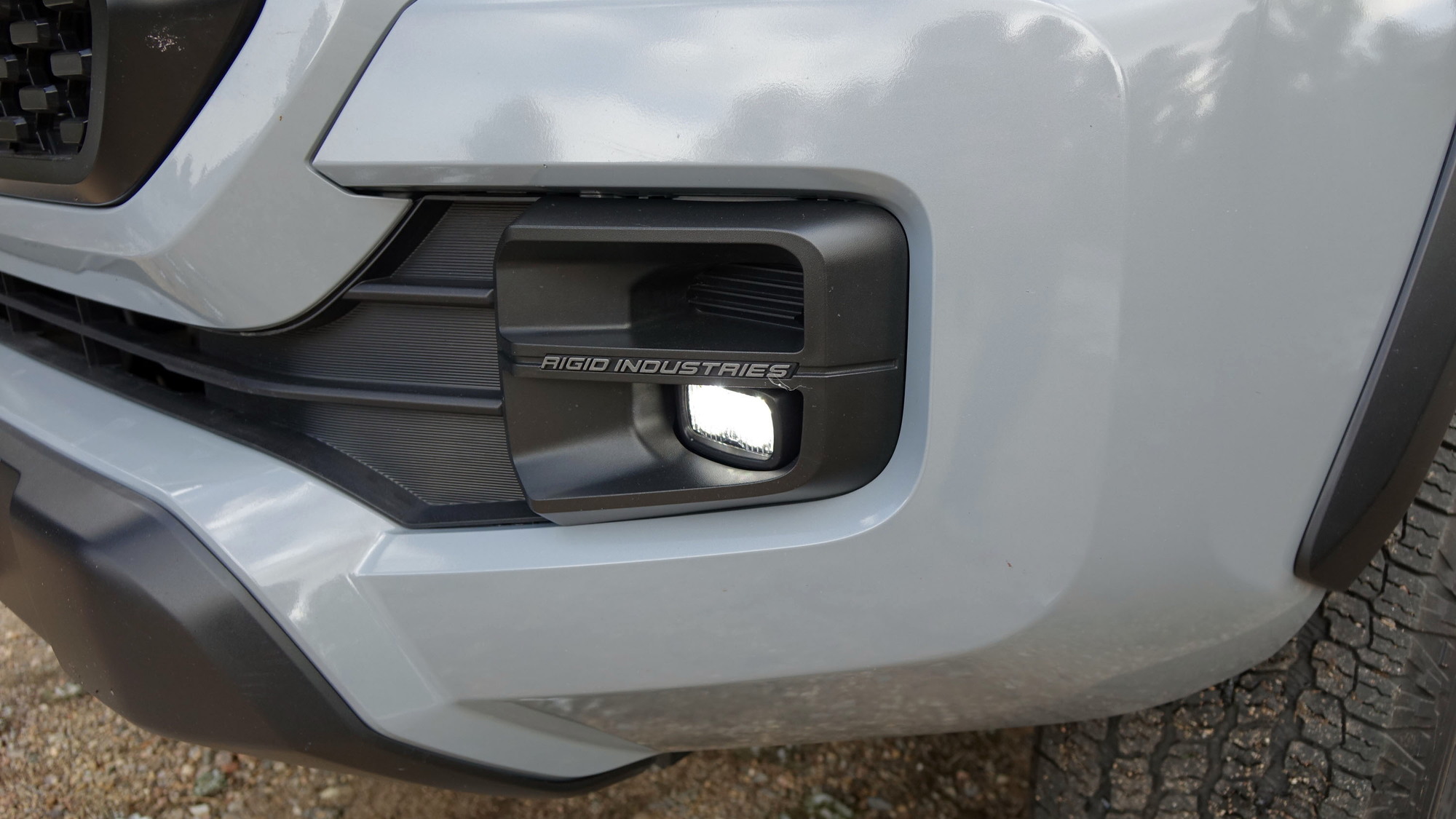 The Toyota Tacoma's "just right" recipe has long made it a leader among smaller (but still rather large) pickups, and this year the most capable out-of-the-box Taco TRD Pro offers an even more compelling reason to get dirty.

It's sort of a "Raptor Lite," an off-road-ready pickup built up to save owners the hassle of aftermarket upgrades. Like the Raptor, the Tacoma TRD Pro is the lineup's flagship, except it lacks the Raptor's power and it's not as much a dedicated dune-basher as it is an all-rounder ready to conquer just about anything. Its advantage lies in its smaller footprint, which, although large, is definitely not Raptor big. The Tacoma can squeeze in where the Raptor cannot, and it is far more useful on a tight trail.

For now, it's arguably the most capable off-road truck on the market, at least when the trail tightens. However, the upcoming Chevrolet Colorado ZR2 certainly piques our interest.

It's a thorough package...

Oh, and there are two GoPro mounts so you can record your off-road journey and post it to YouTube for nine people to view. Hey, you never know, maybe you'll get lucky and millions will watch you testing out the traction control system to dig yourself out of a dune.

... but there's still a lot that's missing for the money.

You'd think that $45,000 would get you a height-adjustable driver's seat (shocker: no Tacoma offers one) or a booming stereo (a JBL system is optional on other Tacomas, but not here). The seats are upholstered in a nifty stamped leather that, frankly, feels more like vinyl than real hide.

Sure, it's an off-road truck, but it's still an expensive one and these seem like oversights that would bat an eyebrow at $10,000 less.

The basic Tacoma crew cab with four-wheel drive will get four people and their gear just about anywhere, but the TRD Pro does so with more civility. Its Fox shocks smother harsh impacts, which lets drivers dial things up to 11. It's a confidence-inspiring package that had us tackling some more challenging trails at a considerably more aggressive pace than we might have in a different vehicle.

Underneath, the TRD Pro offers up the same running ground clearance as its siblings thanks to a relatively low-hanging rear differential (which isn't to say that 9.4 inches is measly), but its approach and departure angles are better and will reduce the risk of smacking an expensive bumper (although the GoPro footage may earn you enough to buy a new bumper).

We'll stop short of calling the Tacoma TRD Pro with its 212.3-inch overall length "nimble," but it does feel lighter on its feet than its girth might suggest. The thin air of our Colorado testing grounds robbed the 3.5-liter V-6 of some of its sea-level 276 horsepower, but the 6-speed automatic downshifts quickly and the TRD Pro exhaust only intruded slightly on conversation in the cabin.

It has something of a dual personality in town.

Just a week prior to driving this Tacoma TRD Pro, I traversed many of the same roads and trails in a Raptor. Sure, the Raptor has a lot more power and its mash-the-skinny-pedal-and-go personality is a hoot. But the real surprise? The Tacoma TRD Pro is far more civilized to drive. Its wheelbase is shorter, but there isn't nearly as much bucking at high speed on concrete. Moreover, its proportions make it much more manageable in town.

The well-insulated interior suffers from little wind noise or road rumble from the Kevlar-reinforced Goodyear tires, which are about as aggressive as anyone not likely to spend time in deep mud will ever need. The Fox shocks reduce lean into hard corners, even though there's not much feedback through the excessively thick four-spoke steering wheel.

Our only complaint is in the way the Tacoma stops—and this is something we've noticed in just about every body-on-frame Toyota product. Its brakes are soft; combined with the rock-ready suspension, the truck's nose dives and the passenger compartment porpoises even under modest braking between traffic lights.

One thing Toyota doesn't do particularly well is make pretty cars and trucks, and the Tacoma is no exception. Its snout is too long and too blunt and its side profile looks a little like someone stepped on it to create a relatively low greenhouse.

But it's inside where we find the most fault with the Tacoma's looks. The buttons and switches are laid out somewhat haphazardly; you'll have to get acclimated to the controls so that you don't accidentally turn off the inductive device charger when you want to activate the locking rear differential. The center console has three spots for beverage cups (plus one in each door) plus an area sized just right for a smartphone. Neat idea, except that when I put the Taco in drive I jammed the gearshift into my iPhone, cracking its apparently unprotective case. Perhaps Toyota's TRD division should get into smartphone shrouds, too.

Like any off-roader, the 2018 Toyota Tacoma TRD Pro is a compromised, flawed vehicle—albeit one that wears its charms on its sleeves. It's a more realistic off-roader for the way most truck owners will actually use their vehicles than the Ford F-150 Raptor. However, a few tweaks like a height-adjustable driver's seat would make a good truck a great one.