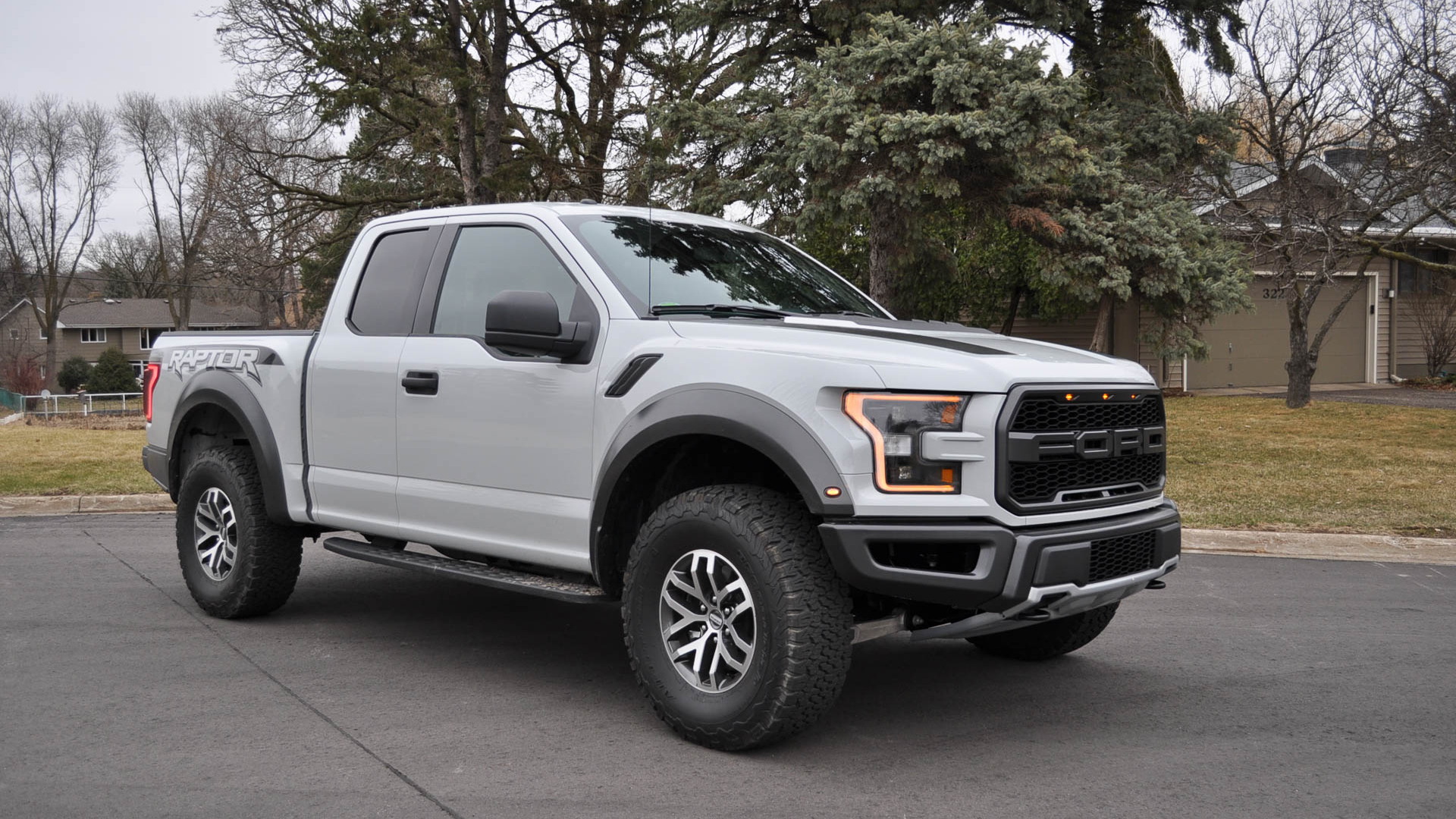 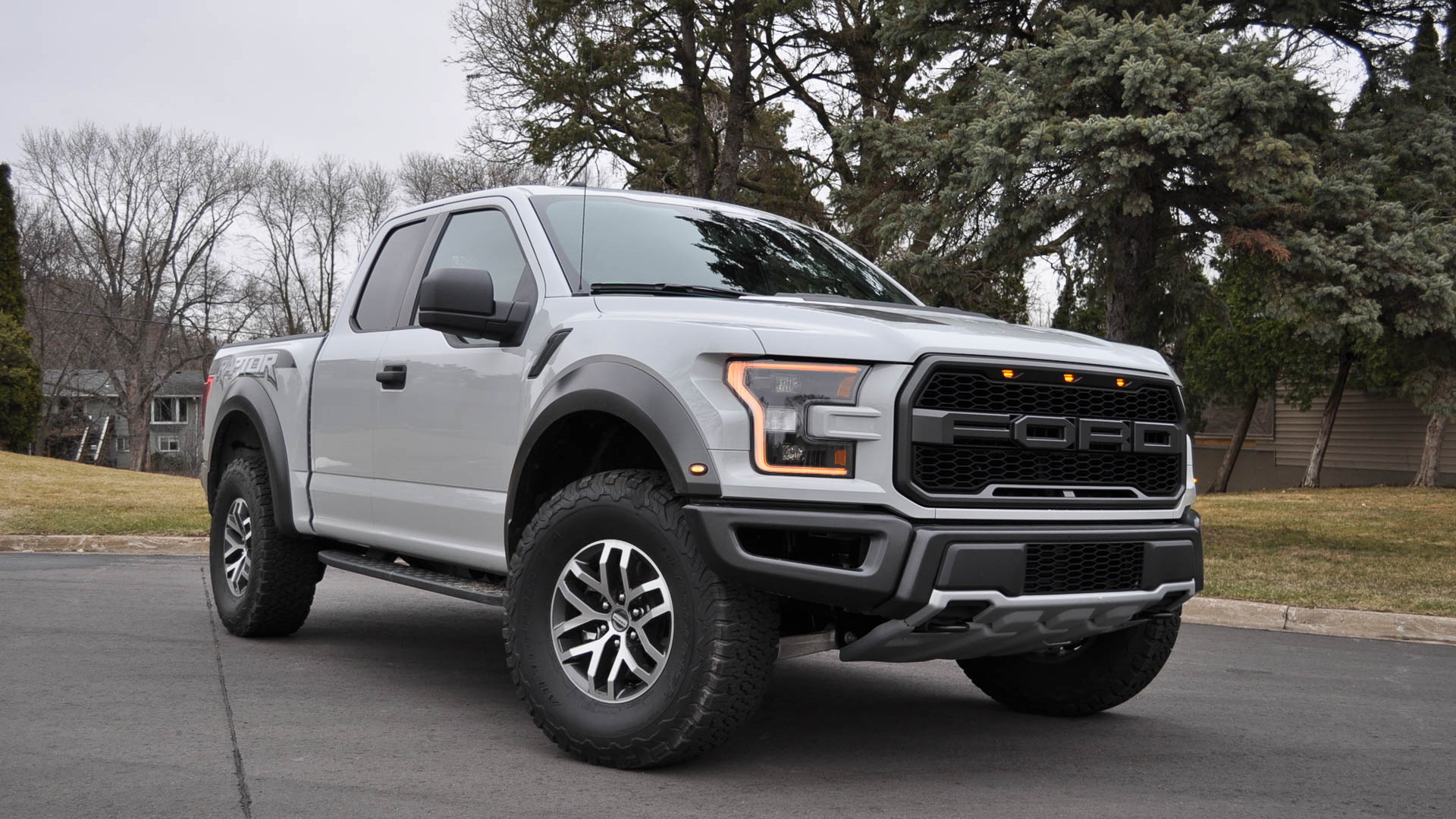 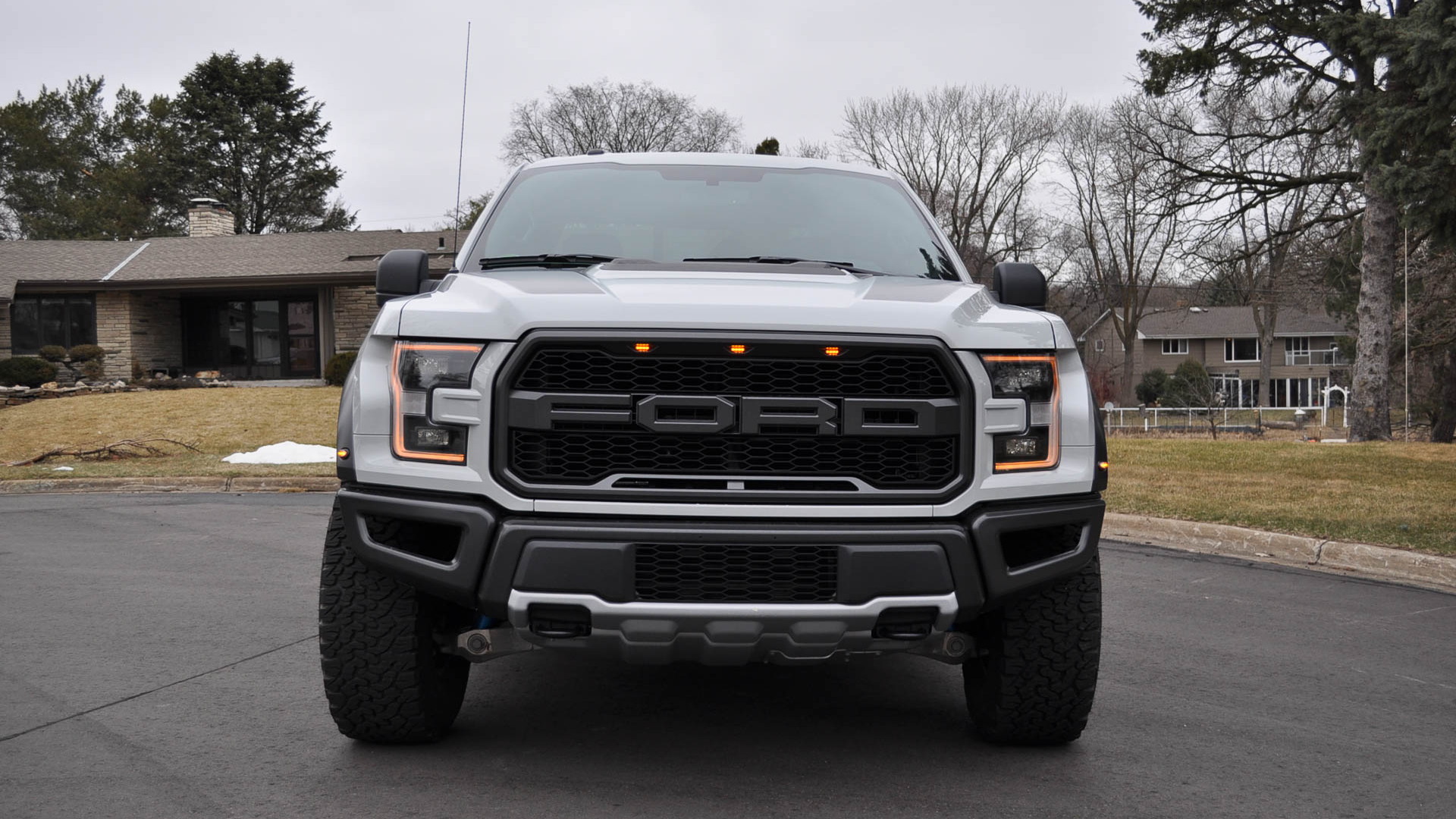 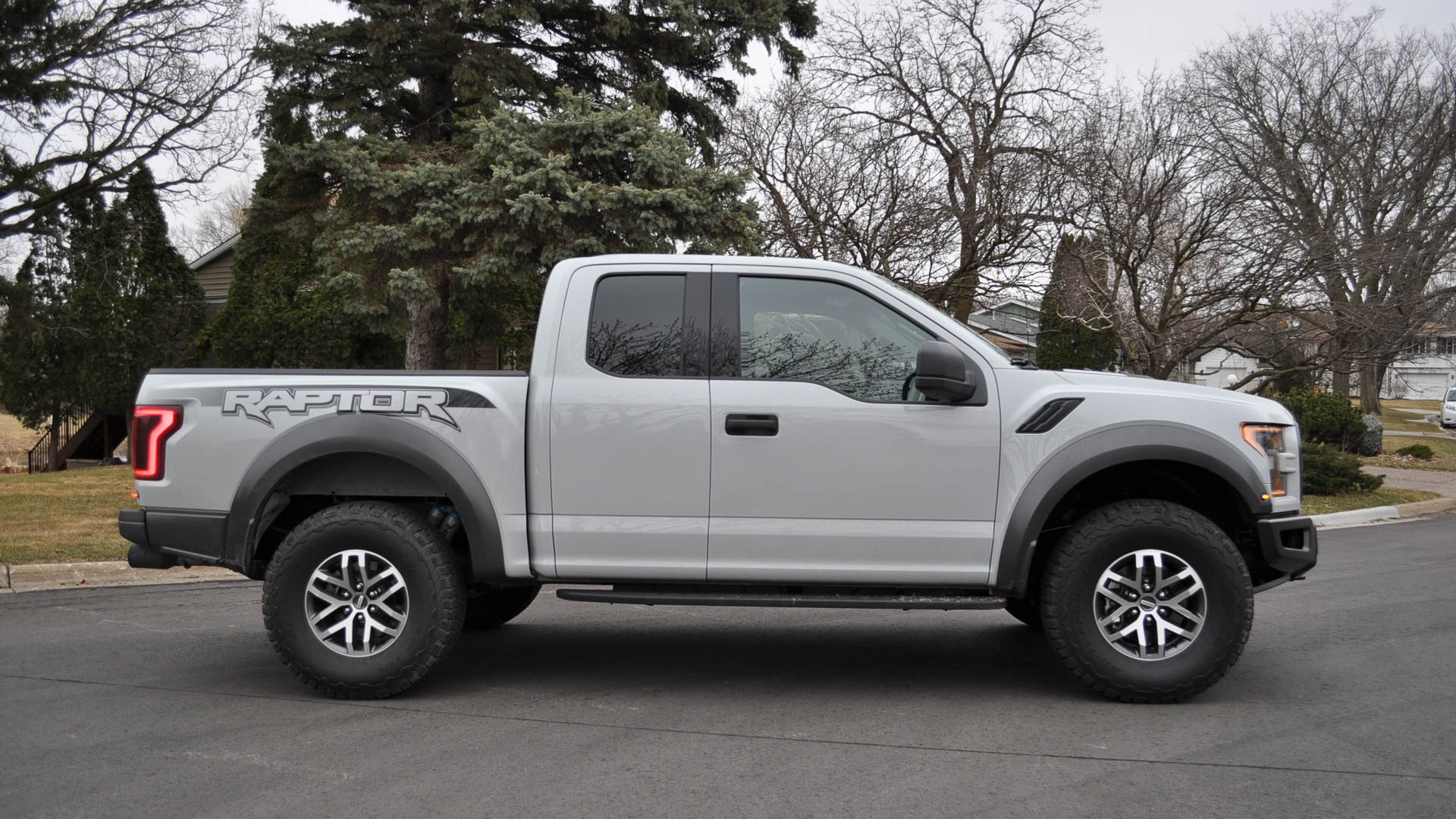 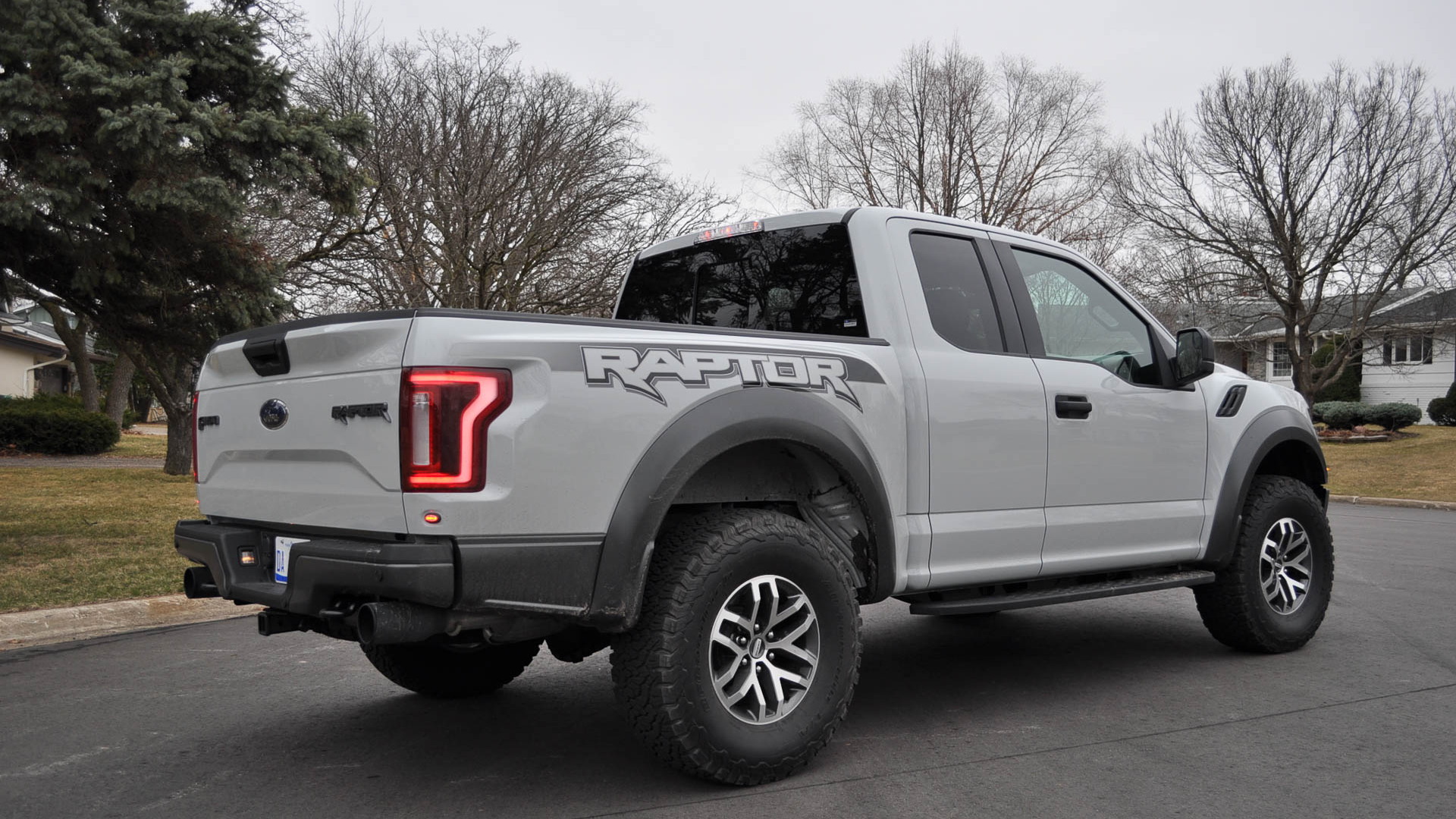 We've already flown across the sand, climbed dunes, and picked our way down steep hills like a mountain goat in the 2017 Ford F-150 Raptor. The truck proved to be up the off-road test, but then it should have been. This thing was designed and built to be a desert runner from the get go. Heck, a basically stock version finished the Baja 1000, then drove back home to Phoenix.

After 287 miles and a week behind the wheel, this is what I learned about living with the Raptor.

The Good: For what you get in terms of engine, suspension, tires, and outright capability, and considering the high price of pickups nowadays, the F-150 Raptor isn't all that costly. The $49,250 base price for a SuperCab is downright affordable. Try pricing out a V-8, four-wheel-drive, crew cab or extra cab full-size pickup and see if you can keep it under $40K.

The Bad: A total of $2,095 for a Type A truck to tell everyone that it's Type A seems a little excessive to me. I know Ford wants to make money on this thing, but you could paint the whole truck for that. Ridiculous.

The Good: The interior has big buttons, knobs, and dials that are easy to use whether you are wearing gloves or not. The red mark at 12 o'clock on the steering wheel is just plain cool, and it makes you feel like an off-road racer even in traffic.

The Bad: Plastic on the dash, plastic on the door panels and even the tops of the doors. For $57K, I expect better, and every other major truck builder, except Toyota, delivers it. Come on, Ford, up your interior materials game. This applies to all F-150s, not just the Raptor.

The Good: It generally rides well. The Fox shocks can handle any bump, rut, or pothole Chicago has to dish out. In fact, the Raptor may quell the sharpest bumps better than any vehicle on the market. That's what you get with off-road racing shocks, wide sidewall off-road tires, and a whole mess of suspension travel. That suspension also makes you want to drive this thing over anything. Speed bumps, curbs, parking blocks, and even highway medians aren't so much obstacles as minor annoyances to be easily dispatched.

The Bad: Under some circumstances, when the ripple of the pavement on the highway is just so, it creates a sine wave that makes the ride jiggly or bouncy until you slow down to get out of that repetitive motion. It's not a big issue, but it can be annoying.

The Bad: This thing is a monster. It's 6.4 inches wider than the already massive F-150, and it sits 1.3 inches taller. At 78.5 inches high, it may not fit in your garage and you may not be able to take it downtown and park it in a parking garage. That width makes it hard to park in grocery store parking spots, too.

The Good: The standard side steps make it easy to get in, which is welcome for such a large truck.

The Good: The 450-horsepower 3.5-liter V-6 offers plenty of punch to get out ahead of traffic or even leave most cars in your dust. Better yet, it works quite well with the new 10-speed automatic transmission, which delivers imperceptible shifts and uses the full range of its 10 gears.

The Bad: There is very little Eco in EcoBoost. I drove 287 miles in the Raptor mostly on the highway at 75 mph and averaged a paltry 13.6 mpg. The Raptor is EPA rated at 15 mpg city, 18 highway. I didn't even get the city rating. I guess moving a big block through the wind gets into those turbos all too often. You want to use that power? You're going to pay for it.

The Bad: Those BF Goodrich All Terrain T/A KO2 tires that are so good at paddling through the sand and mud are borderline dangerous in the rain, especially with no weight in the bed. On a rainy 45-degree day, the tail end started to slip out when taking a 50-mph curve on the freeway at about 60 mph. I would normally feel comfortable at 80 mph in any car. I wasn't confident in the truck's ability to brake in the wet, either. Come to think of it, the tread on those tires is so sparse that it compromises the dry pavement traction, too. In fact, in Car and Driver instrumented testing the Raptor SuperCrew held a measly 0.71 g skidpad while a standard line F-150 held the pad to the tune of 0.76 g. That's not a lot, but more tread equals more traction.

The Good: People love this beast. It gets admiring looks at stoplights, thumbs up from other drivers, and people want to talk to you about it. It's the most macho truck on the market, and you look like a confident, outdoorsy, mountain man when driving it.