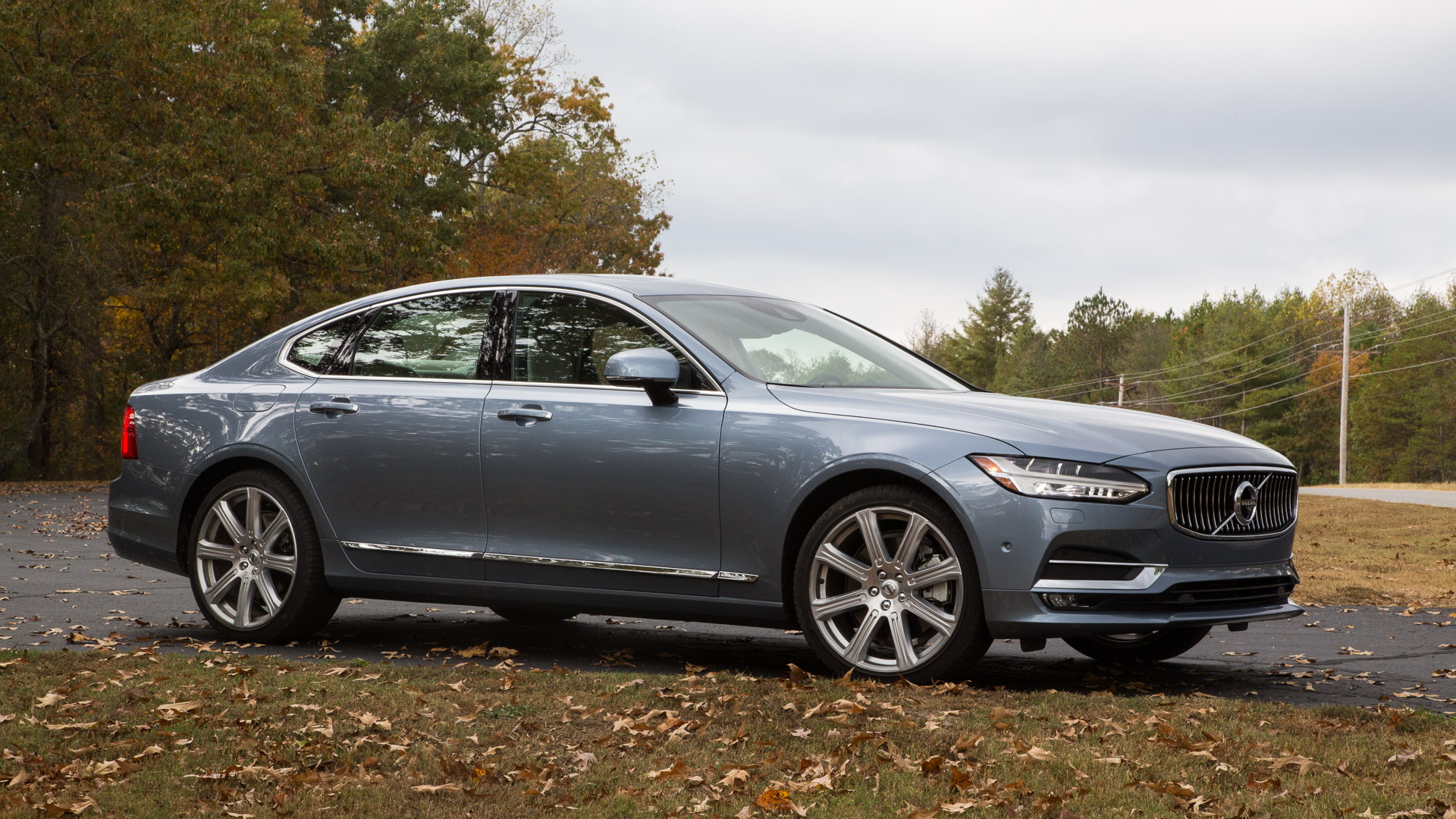 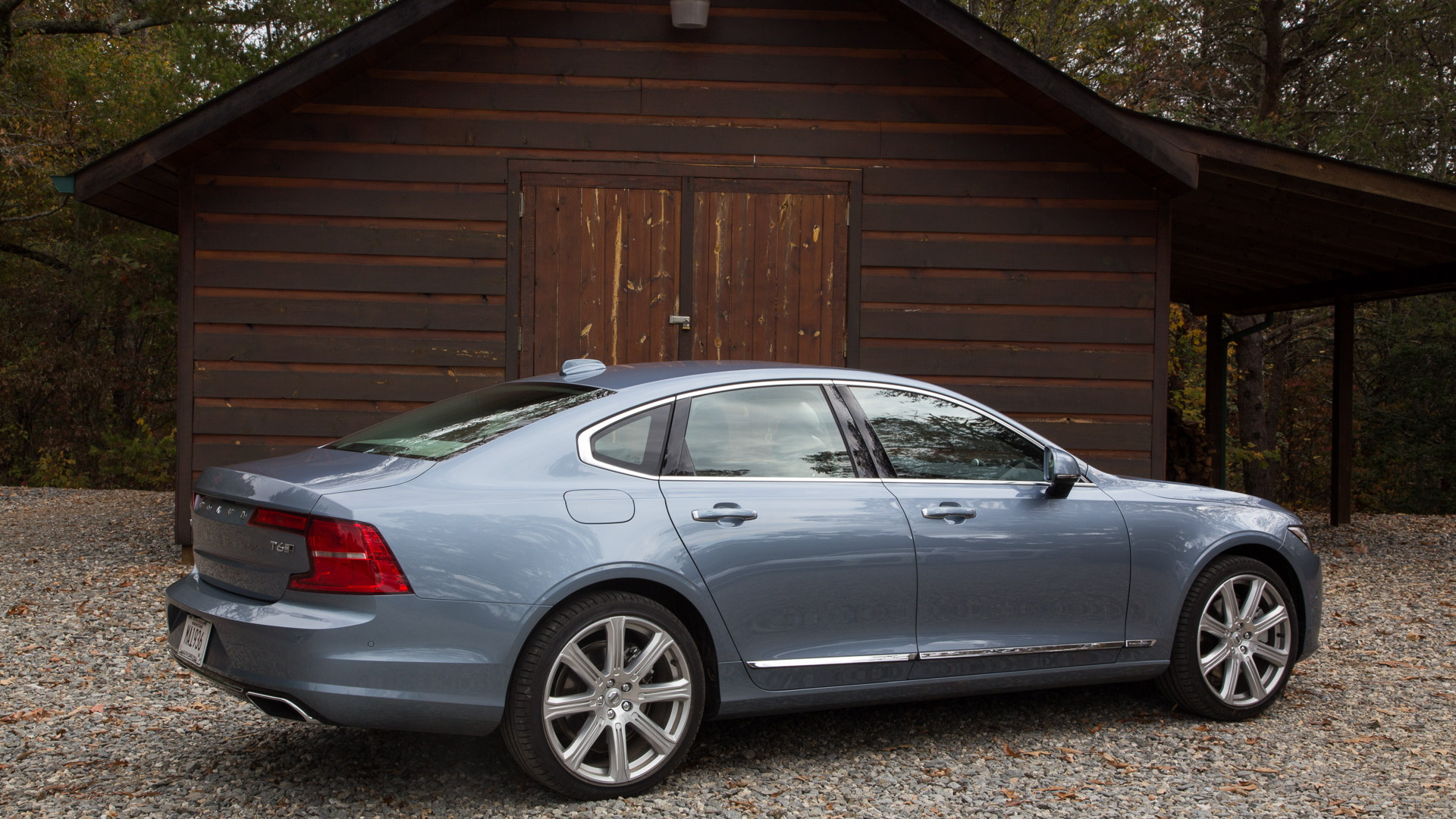 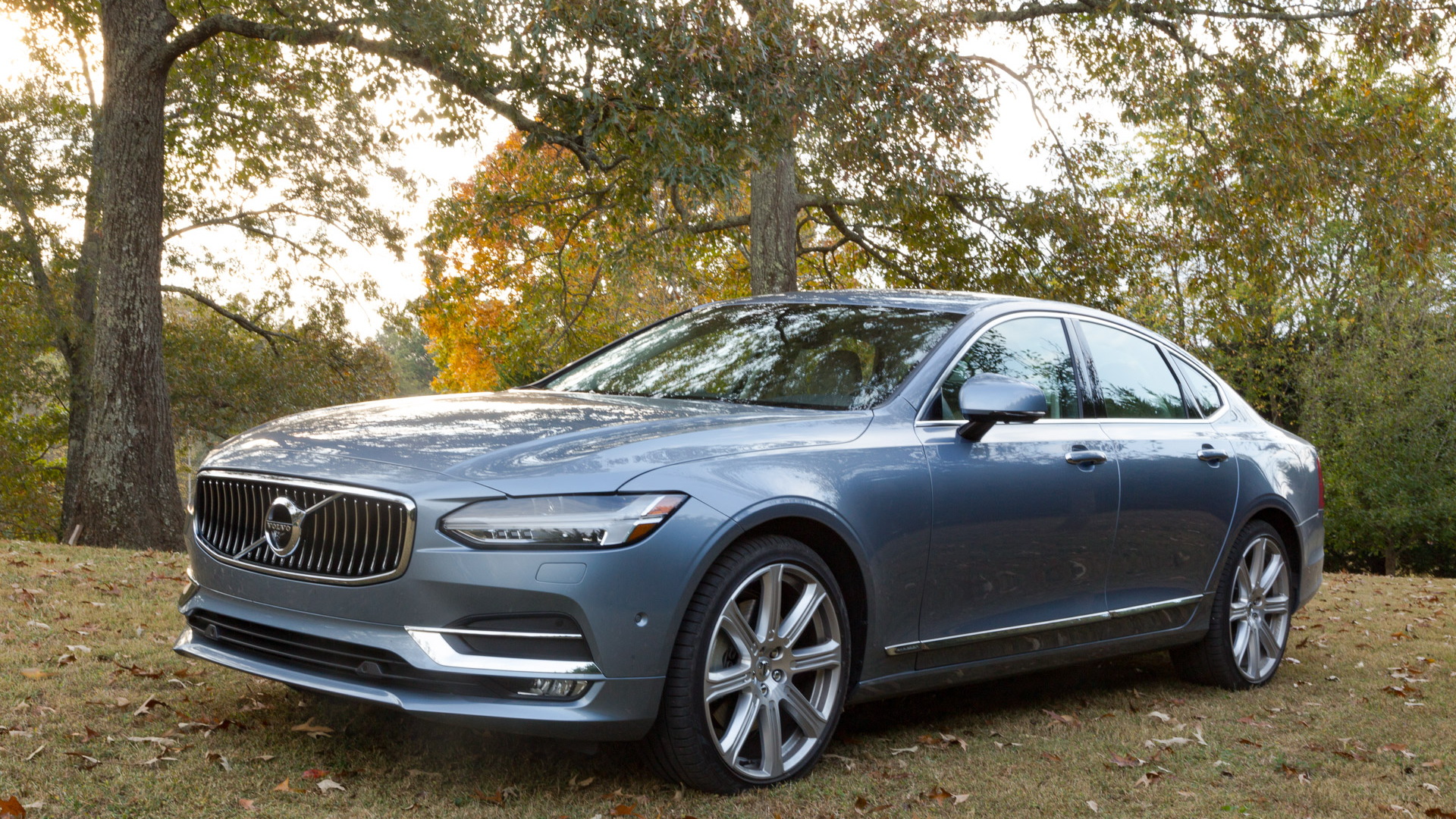 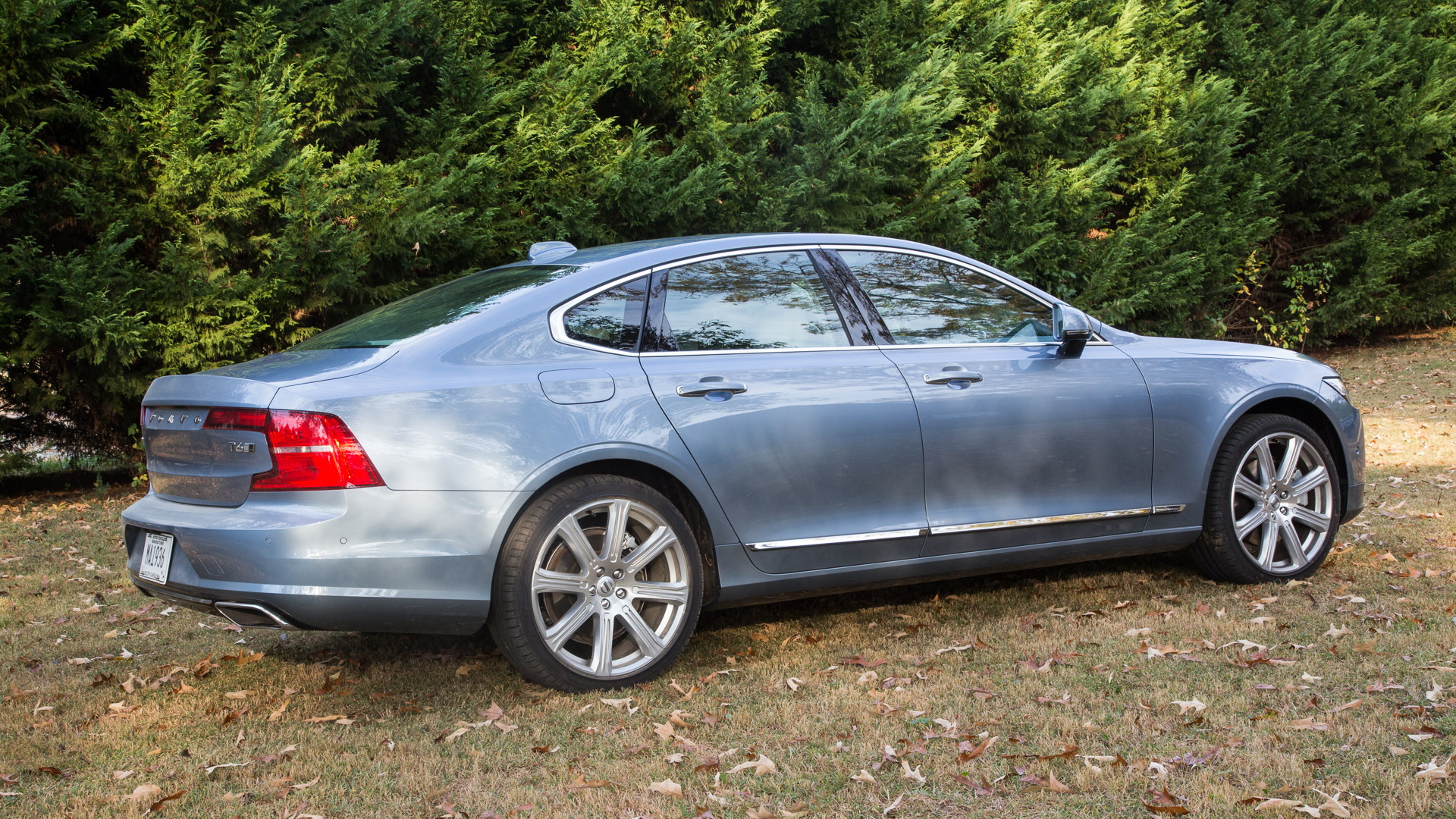 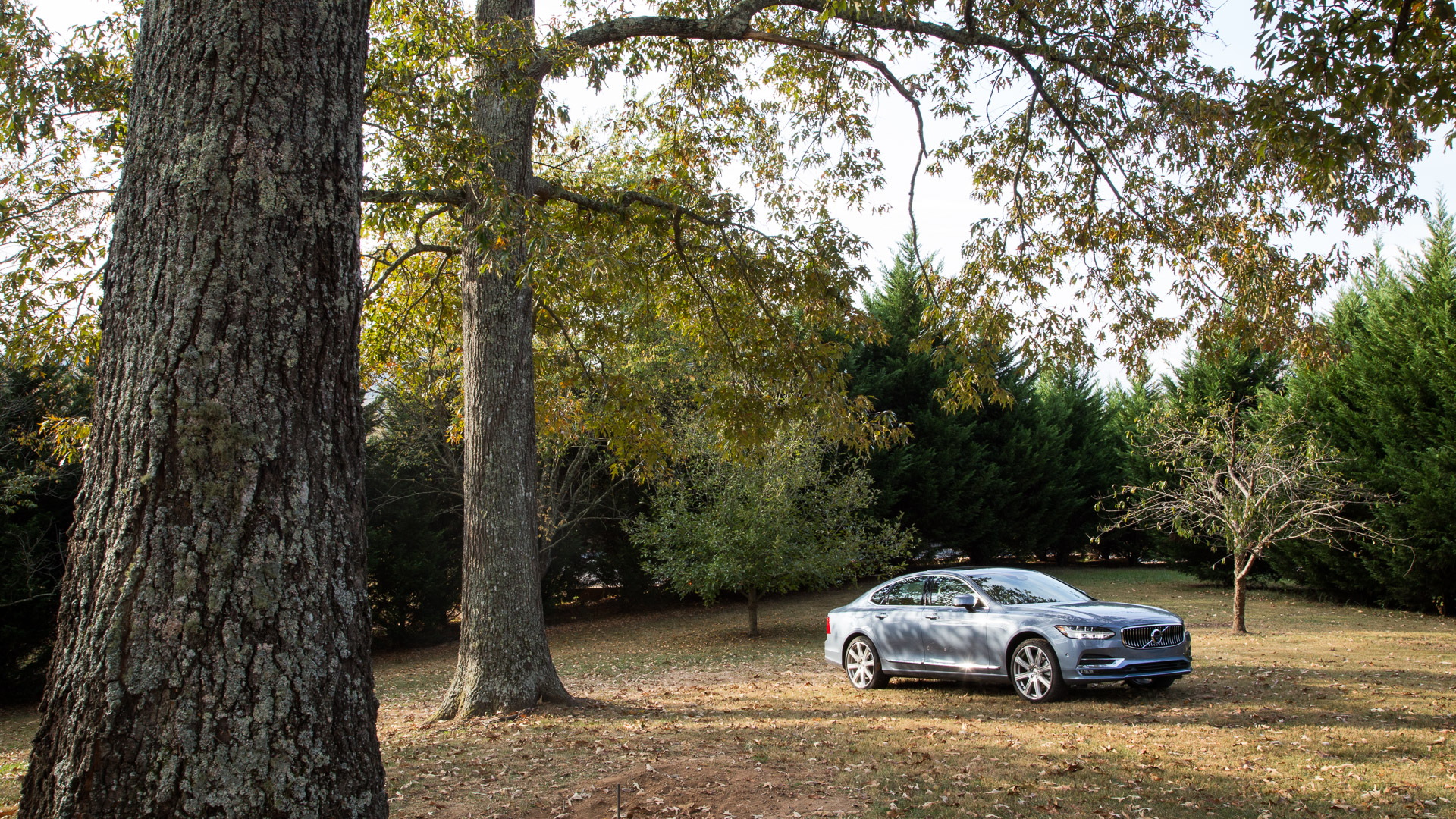 I don't think there's a single brand that has a stronger identity than Volvo. Hear me out.

Its focus on safety and reserved, stylish design with just a hint of Swedish flair and modernism survived Ford's perpetually rudderless, mismanaged Premier Automotive Group. Meanwhile, anyone who thought Chinese ownership would stamp out this unique character has been proven wrong. If anything, Volvo's identity under Geely is stronger than ever. Take the new S90, for example.

I spent a week in the handsome 2017 S90 doing what most of its owners do—commuting. I slogged up and down Interstate 75 just north of Detroit in conditions that I'd generously describe as “lousy.” But the S90, filled to the brim with optional goodies, made life easy.

The $53,945 starting price (including a mandatory $995 destination charge) jumped to $57,245 with my tester's $3,300 Inscription trim package. Highlights include LED headlights, ventilated front seats, 4-zone automatic climate control, and 19-inch wheels. Another $9,120 in options made my S90 fully loaded; it was only missing the $1,200 air suspension, the $1,000 leather upgrade for the dash and door panels, and a $200 black headliner.

The Good: Well, look at it. I've never driven a non-sporty sedan that attracts so many lingering stares from other motorists and pedestrians. The fascia is clean and elegant, while it's easy to see the inspiration from older models in the square tail. The profile, meanwhile, is tall and slab-sided in a delightfully free of flare. The cabin, meanwhile, is pretty much perfect. Beautiful materials; clean, conservative design; a minimum of buttons; and space in all the right places make the S90 perfect for long drives.

The Bad: I'm going to crib an argument from the folks at Jalopnik: Volvo's new seats aren't what I expected. The Swedish automaker used to build pillowy, luxurious, ultra-supportive chairs, but that just isn't the case on the 90 Series vehicles. Oh, the seats aren't bad—there's still plenty of support and enough long-haul comfort that I wouldn't mind doing a few hundred miles in a single stint. But when you collapse into the thrones in the older 60 Series cars, it's hard not to exhale in relief. The S90 is missing that.

The Good: The twincharged—turbocharged and supercharged—2.0-liter 4-cylinder generates 316 horsepower and 295 pound-feet of torque, and works alongside a standard 8-speed automatic transmission and all-wheel drive. It is pleasantly quiet and sounds both refined and strange around town and at freeway speeds. The smooth exhaust note plays weirdly with a hint of supercharger whine at low rpms and the whistle of the turbocharger at higher engine speeds. It's not bad, but the sound is certainly different.

The Bad: Volvo's engine has decent power, but not long after I tested this car, I spent a week with the BMW 540i, which produces 335 hp and 332 lb-ft of torque. While my 5-Series didn't have an all-wheel-drive system to lug around, it felt far stronger than its power figures would suggest. Power was more abundant throughout the 6-cylinder's rev range, though the BMW pressed its advantage at higher engine. And while I don't have anecdotal evidence to support it, I'm genuinely concerned about long-term reliability for the S90's engine—there's a reason automakers have shied away from twincharged engines.

The Good: Pilot Assist. Volvo's semi-autonomous tech is quite possibly the best on the market, taking much of the stress out of commuting. The S90 is the most relaxing way to experience the afternoon rush hour. The steering intervention system for the lane-keeping assist removes all the small corrections that tend to tire drivers out, while the adaptive cruise control handles itself well, maintaining a safe distance to the car in front without causing other drivers to think you're lollygagging. I used Pilot Assist at every opportunity and it routinely made my commute easier and more enjoyable.

The Bad: Pilot Assist is not fully autonomous. While you can take your hands off the wheel on straights, Pilot Assist is quick to yell at the driver with visual and audio cues to resume control of the wheel. Fail to obey and the system just disengages. While I understand there needs to be a deterrent to people relying too heavily on semi-autonomous systems, shutting down abruptly feels unsafe. Beyond that, Pilot Assist suffers from many of the same problems as similar systems—lines leading to exit ramps regularly fool the technology, causing the S90 to suddenly pull to one side to follow wayward lines. Likewise, Detroit's apocalyptic roads and inconsistent line markings can confuse semi-autonomous systems. Still, these are the most minor of annoyances in a beautifully engineered system.

The Good: The optional Bowers and Wilkins stereo turns the S90 into a damn concert hall. Seriously, there's a sound setting for the stereo to simulate the acoustics of the Gothenburg Concert Hall. From rap, to classical, to electronic, to rock, the audio system can blast the tunes in crystal clear sound.

The Good and Bad: The Sensus infotainment presents information beautifully and clearly. While Tesla pioneered the tablet-like center display, Sensus feels more intuitive and better equipped for everyday use. However, its learning curve is steep. I say that as a tech-obsessed millennial. There are huge, deep menus that require more than a little bit of time to set up. The good news is that most of these systems are of the set-and-forget variety. I'd strongly recommend that anyone buying an S90 have their local dealer run through a basic tutorial and setup for the various systems buried in Sensus' menus, especially for older, less tech-savvy drivers.