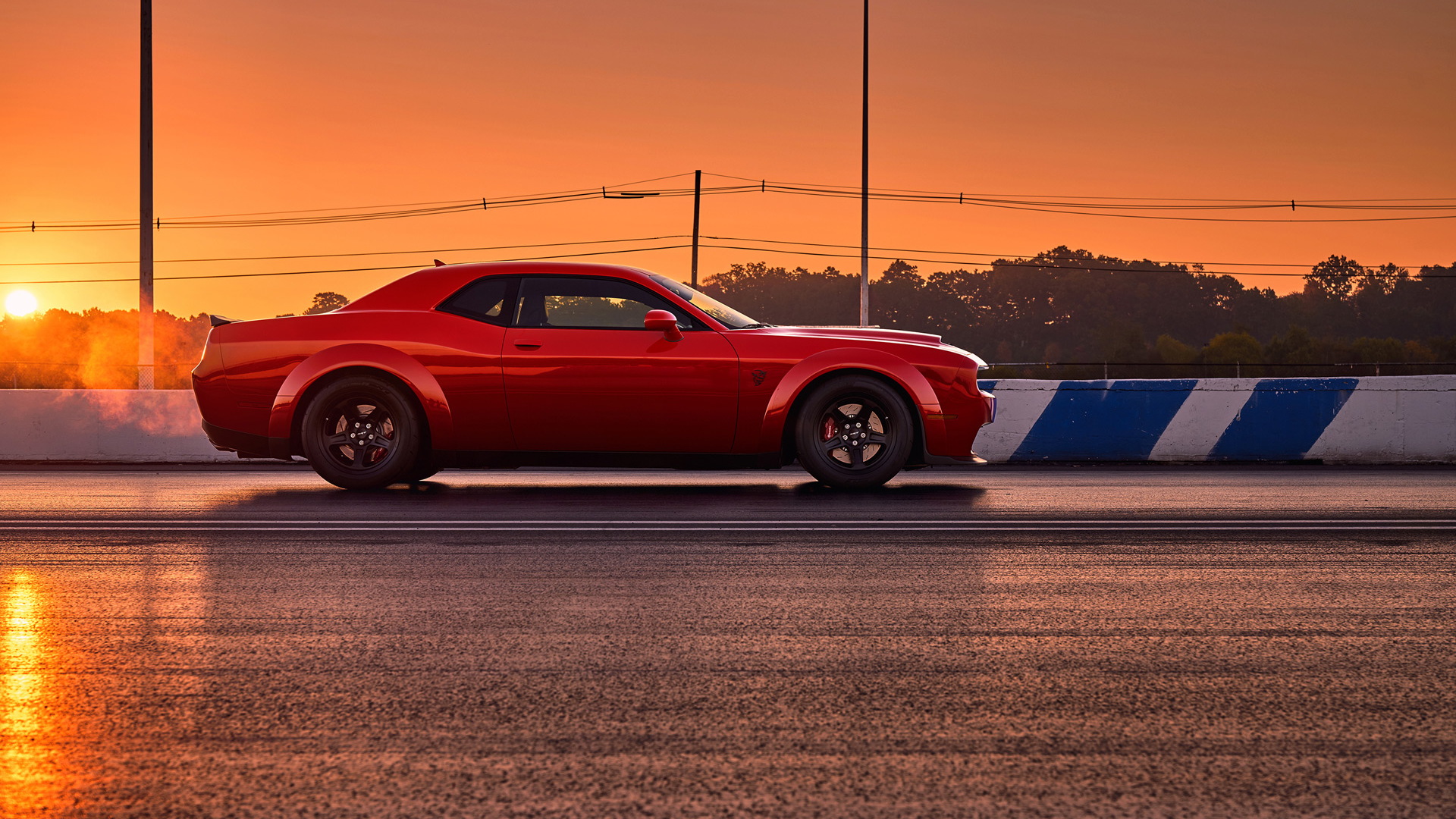 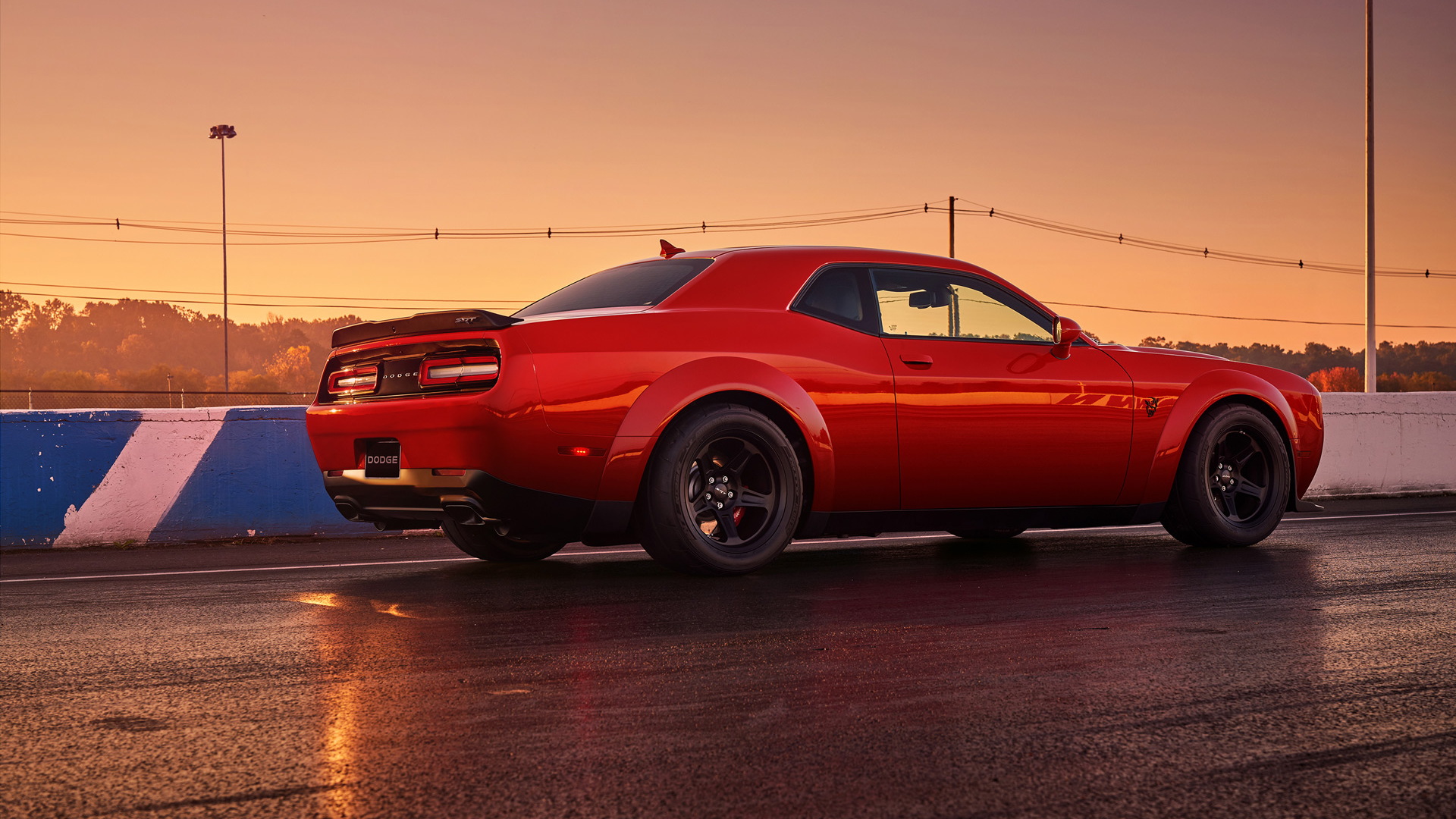 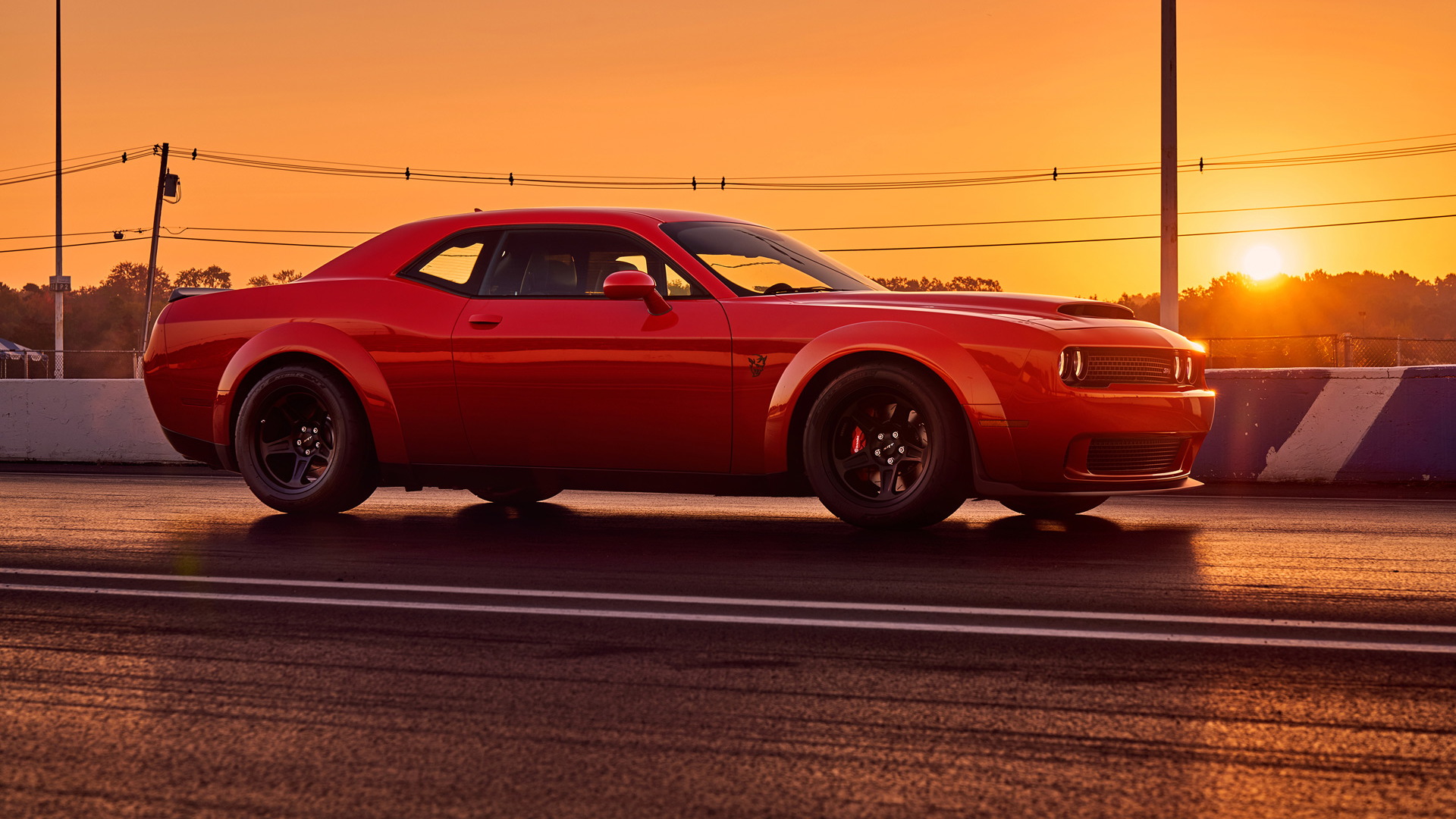 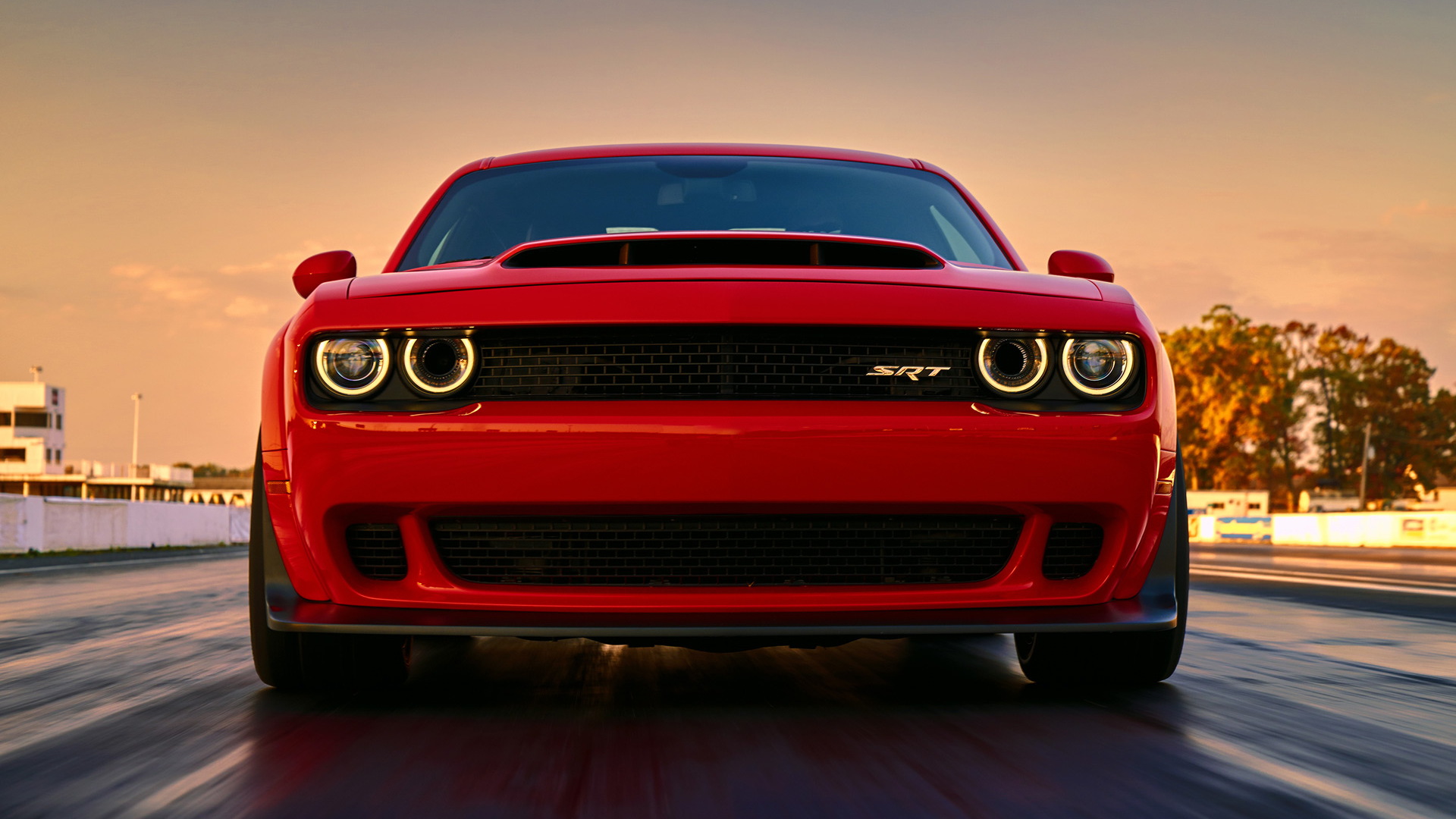 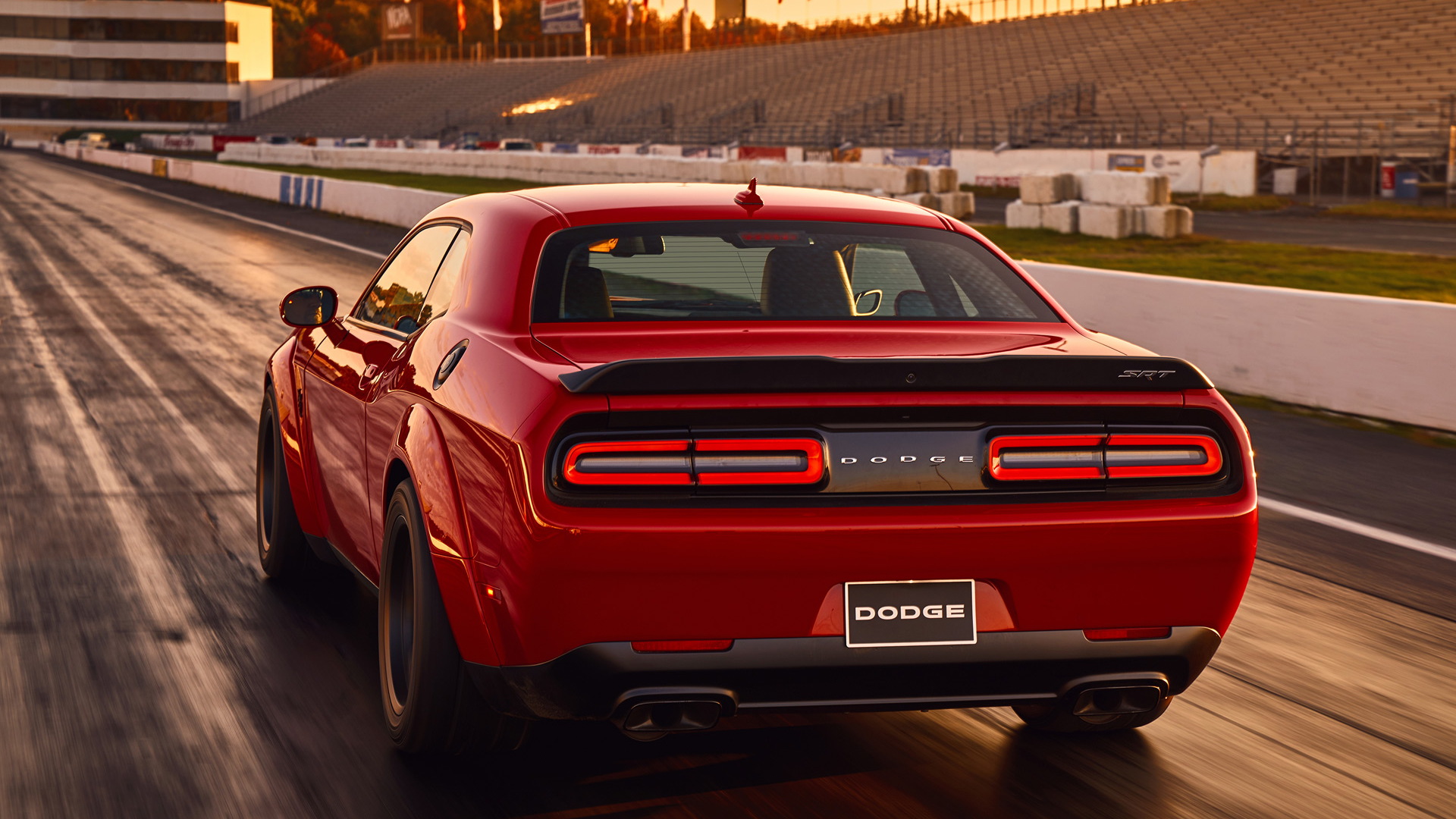 Haters love to bash the Hellcats, and already the Demon, for only going fast in a straight line. They pounce on the fact that these Mopar muscle cars weigh over two tons.

While that's true, weight is only one piece of the equation.

Despite being somewhat "fat," the Demon is good at more than just blasting down a dragstrip into the sunset. In fact, it can brake harder than a Dodge Viper ACR.

You read that correctly. The Viper ACR, which set 13 lap records and in so-doing destroyed the million-dollar Porsche 918 Spyder and McLaren P1 lap times, can't stop as well as the new Demon. 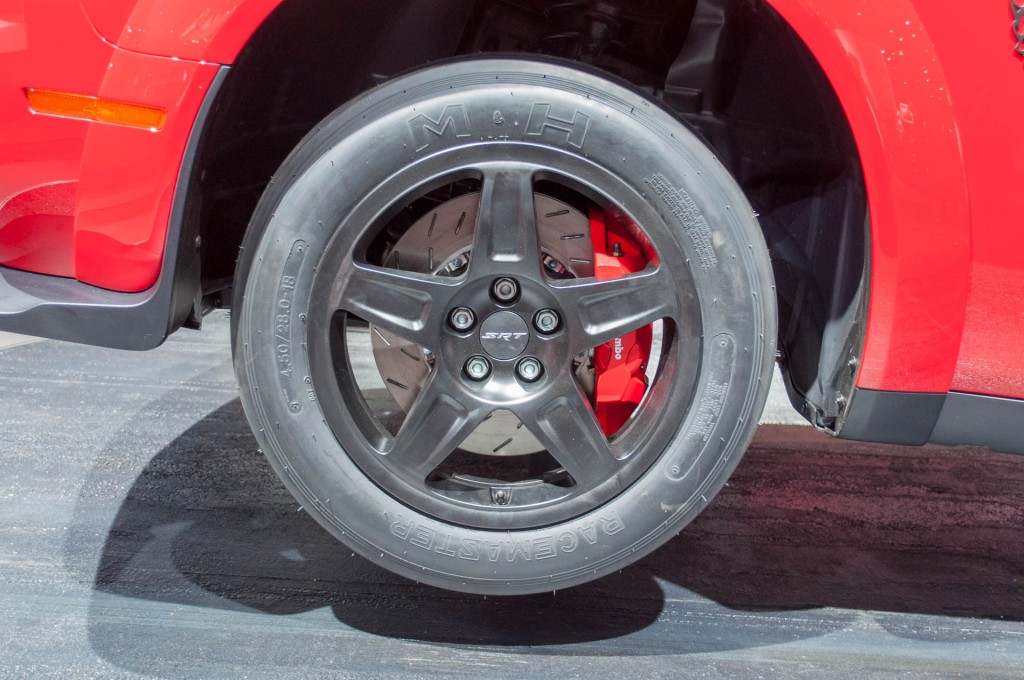 Yes, the steel rotors on the heavier Demon are more than an inch smaller up front and nearly half an inch smaller in the rear compared to the Viper ACR's carbon ceramic rotors. 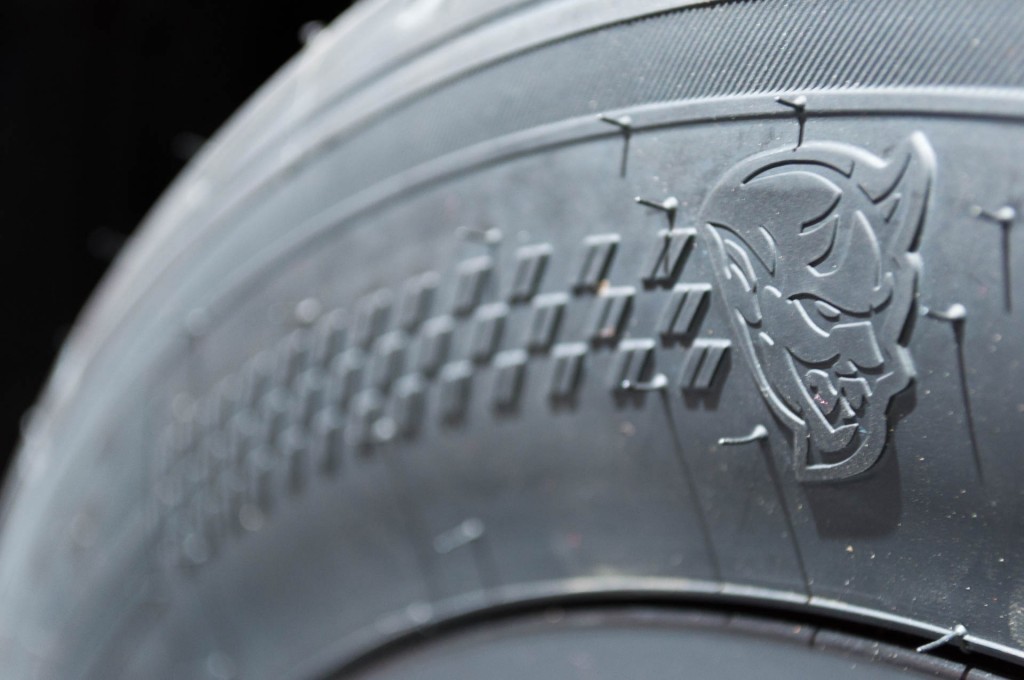 So how does it stop shorter? Dan Reid of SRT Communications says it's mostly the tires. The Demon runs a square setup of 315-mm wide specialized Nitto NT05Rs all around. The compound of the barely street-legal Nitto drag radials helps them bite the pavement. It's also worth highlighting that while the main performance numbers for the Demon were certified on a prepped dragstrip, this braking number was achieved on regular pavement, not at the strip.

The Viper ACR, on the other hand, runs specialized Kumho Ecsta V720s with 295s in the front and 355s in the rear. While the Demon has wider front tires than the Viper ACR, the meats on the rear of the ACR throw shade on the Demon's setup. Nonetheless, it's the Nitto's compound that get the job done.

DON'T MISS: Dodge can't stop dealers from pricing Demons above MSRP, but is taking some measures

Not only that, but the Demon handles, too.

"You put this car into Sport mode, this car has amazing handling. This car will pull 1 g on the skid pad. This car will handle better than a Hellcat," Tim Kuniskis, head of passenger cars at FCA North America, told Motor Authority.

And that's with those wide 315s up front.

So, the next time someone makes fun of the Demon's weight, feel free to remind them it will bring them to a halt faster than the world-beating Viper ACR and it will pull a lateral g on the skidpad.

Not bad for more than two tons of American iron.