The Mercedes-Benz G-Class is about to undergo its first redesign in its almost four decades of existence.

Fans of the off-roader shouldn’t worry, though, as the iconic boxy look won’t be messed with.

While speaking with Automotive News (subscription required) during last week’s 2017 New York auto show, Mercedes design boss Gordon Wagner said the new G-Class will retain a boxy shape in order to be respectful to the model's past.

That said, Wagner made it clear that the new design will be considerably tidier, with most of the old model's busy edges and lines cleaned up. He said the new G-Class will share just one exterior part with its predecessor: a small plastic lip on the C pillar. 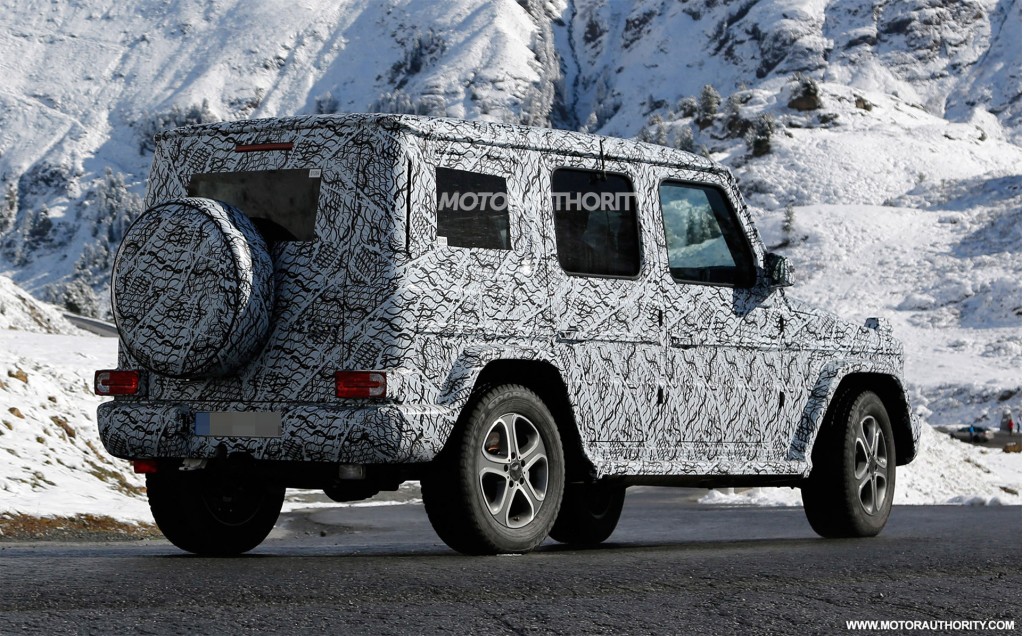 Wagner did not say when we can expect to see the new G-Class without its camouflage, though Automotive News believes an unveil at the 2017 Frankfurt auto show in September might be likely. The vehicle is expected on the market in 2018, as a 2019 model.

As you may recall, spy photographers spotted the new model on the road in Germany last year. At the time, it appeared to be considerably wider than the current iteration, with reports suggesting an additional four inches in width. Those dimensions point to a redesigned suspension aimed at improving the machine's notoriously questionable on-road stability, though it stands to reason that the extra width would go a long way towards improving interior packaging, another notable sore spot with the G-Class.

This revision marks the largest aesthetic changes to the G-Class since it debuted in civilian form in 1979, and the SUV has become an automotive icon simply by refusing to adapt to its surroundings. Still, Wagner seems cognizant of the task set before his team.

"You have to treat it very responsible," he told Automotive News, "Otherwise it wouldn't be a G. So it has to be edgy."