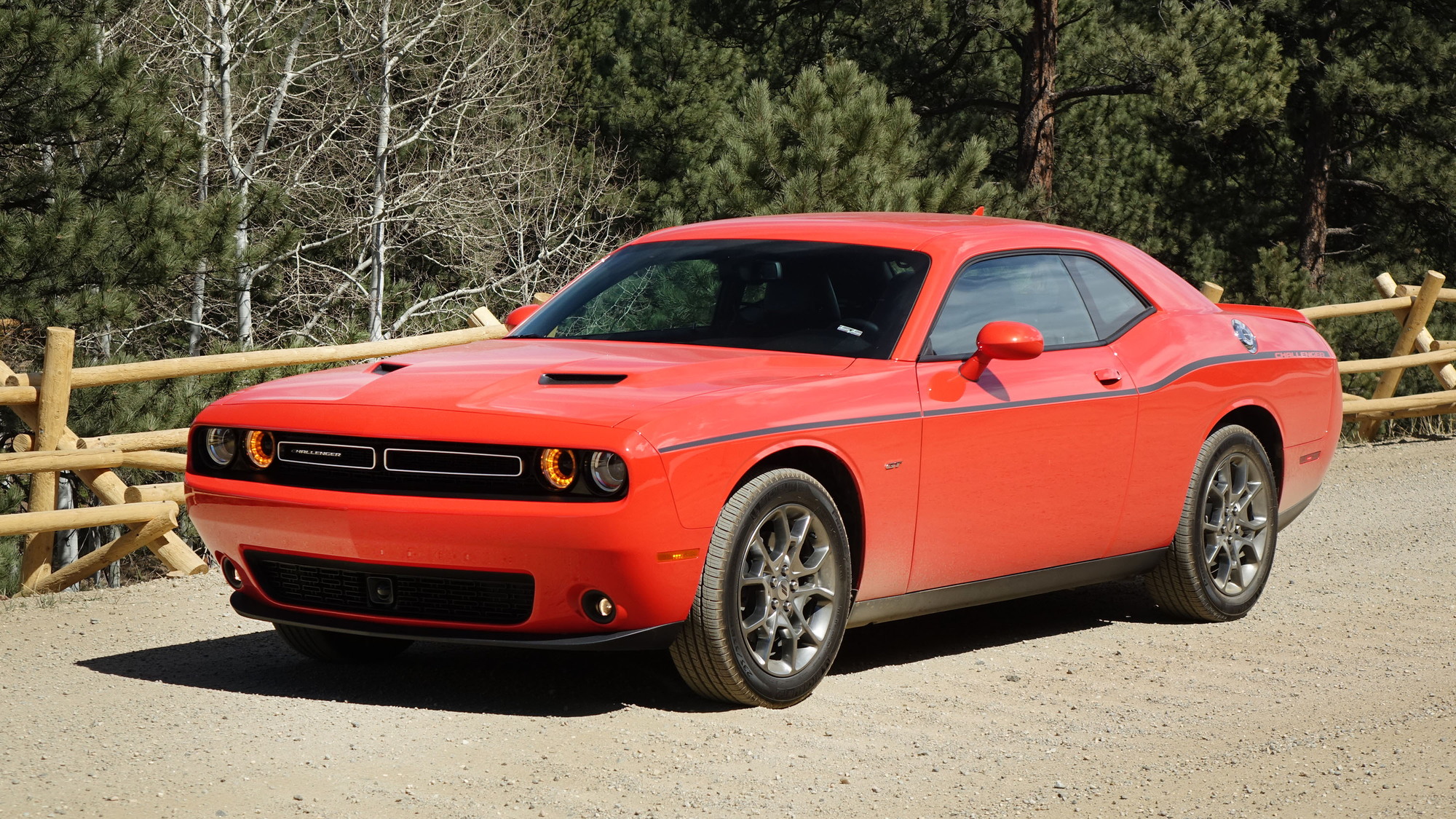 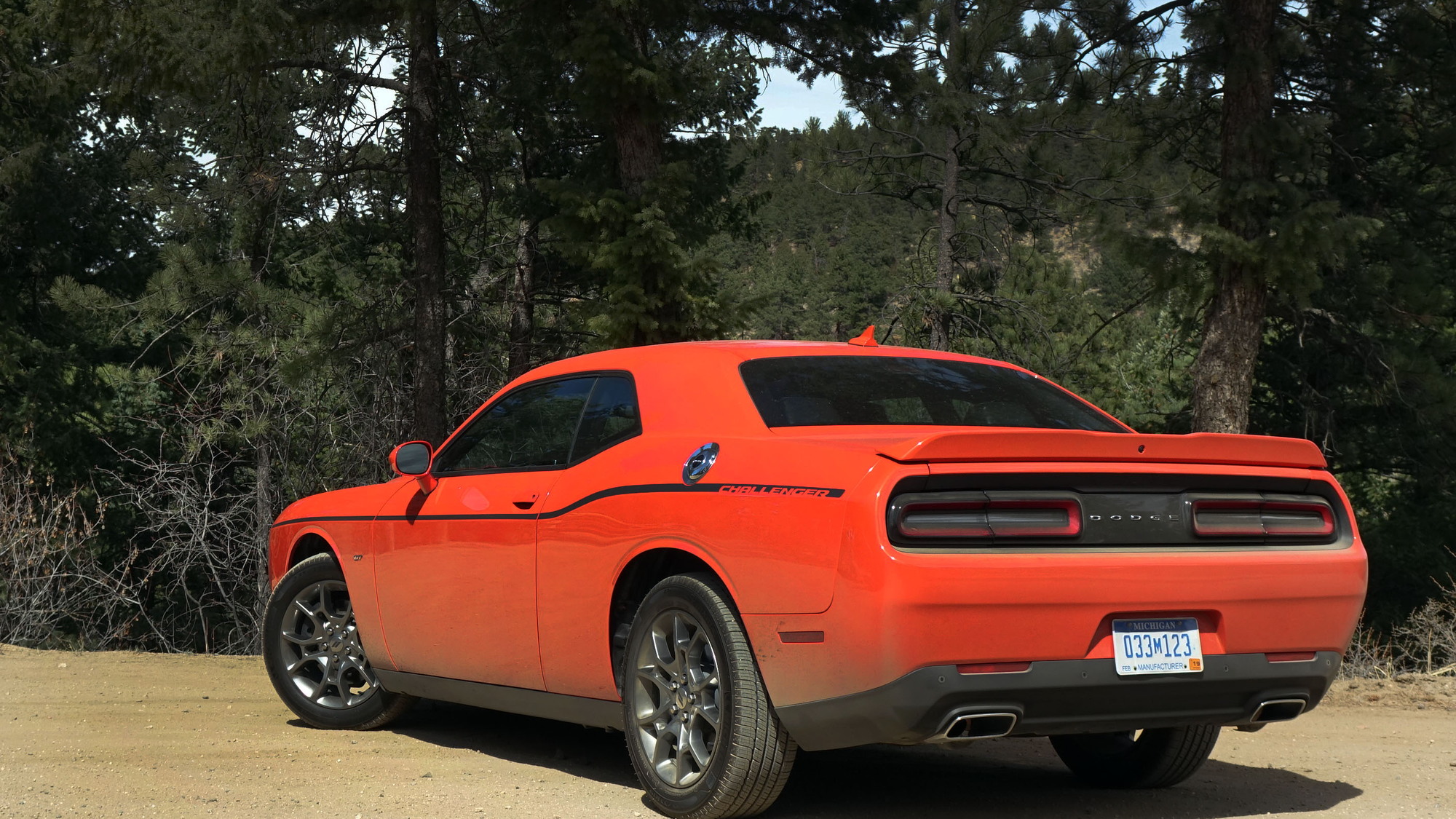 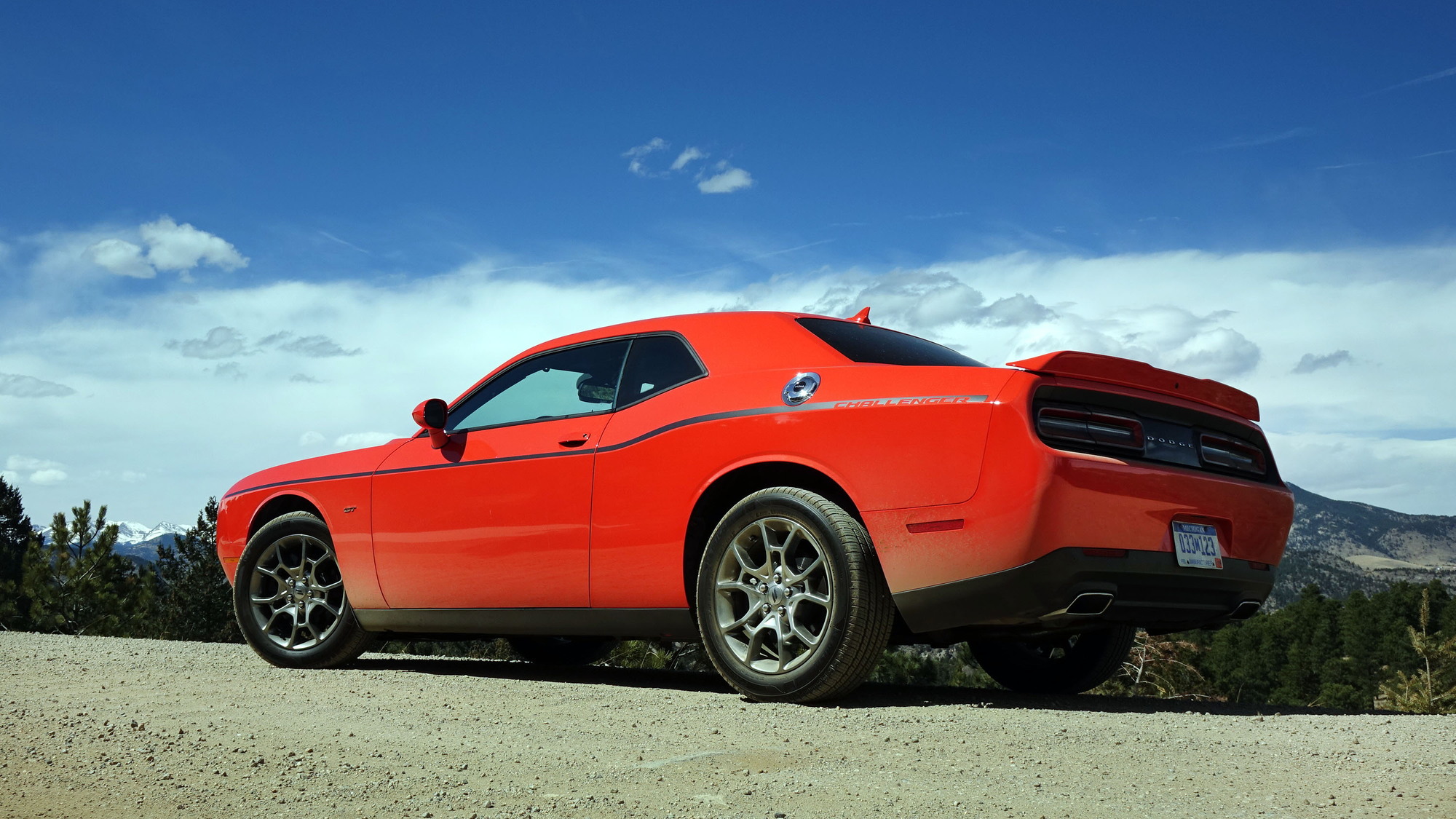 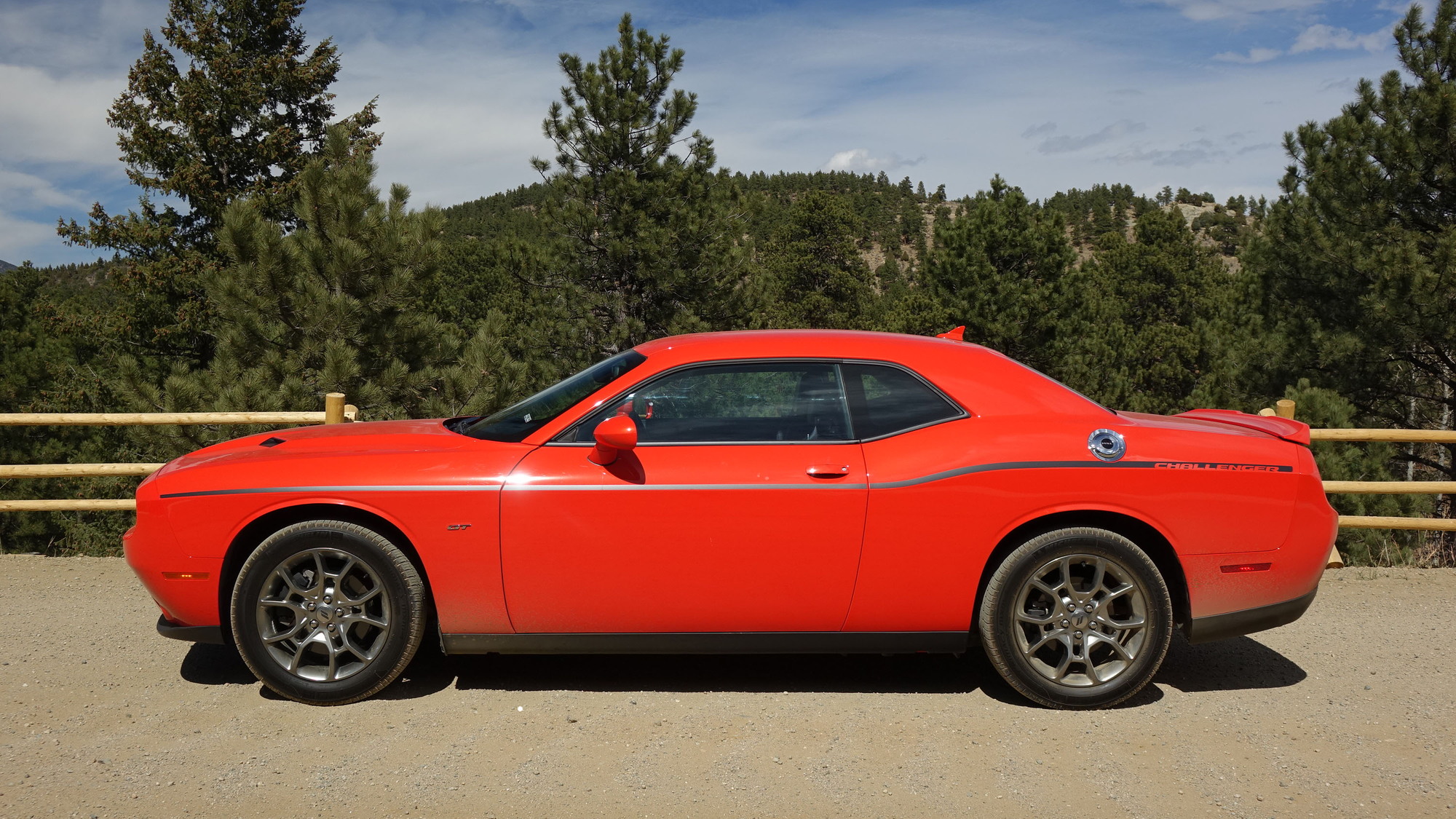 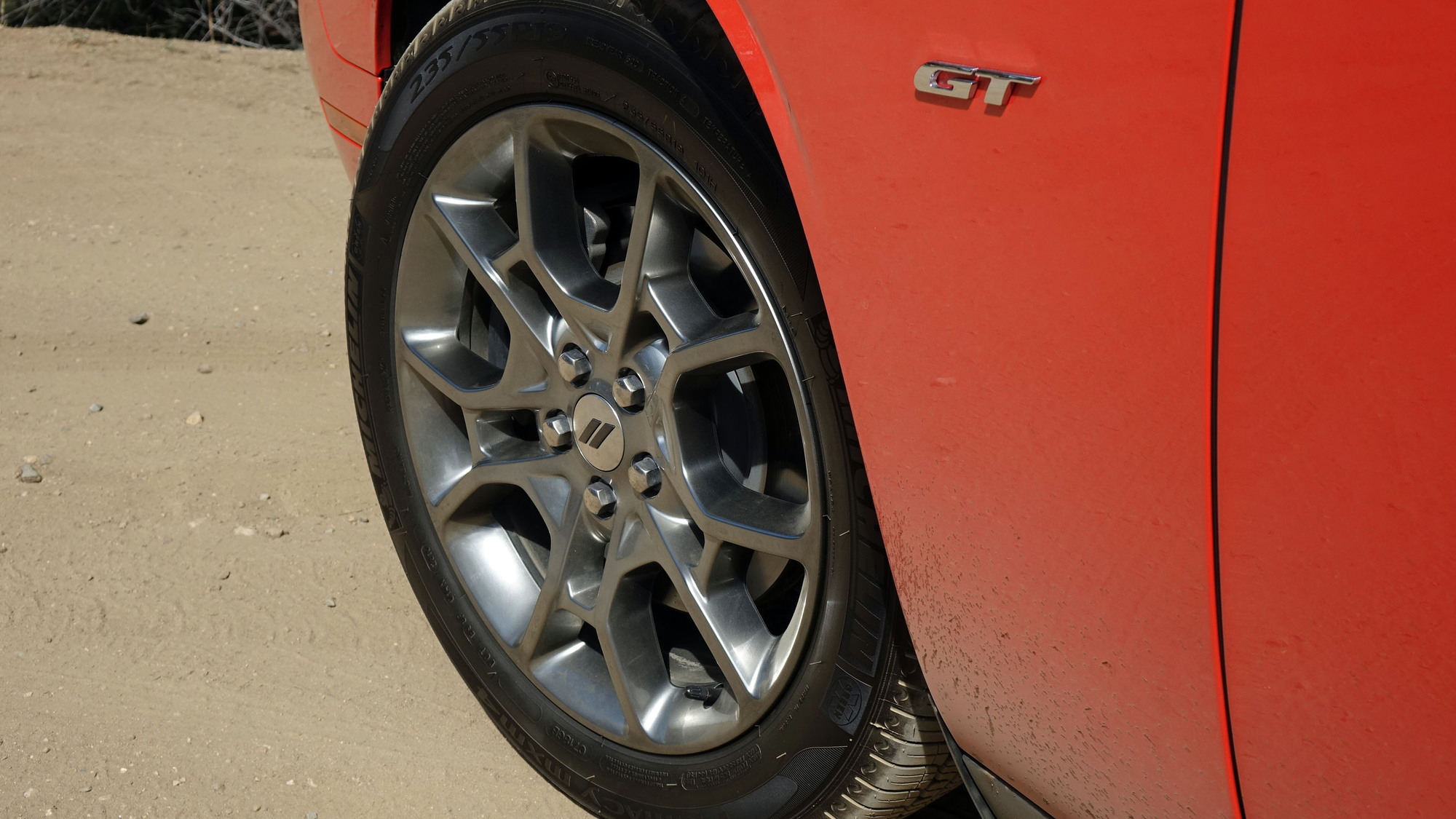 It's pretty impressive that Dodge has been able to milk its Challenger for this long. The retro-styled coupe, with its wide hips and macho personality, has been tearing up dragstrips, suburban three-lanes, and rental car lots for nearly a decade now.

But where exactly does the new-for-2017 Dodge Challenger GT fit into the mix? It's the slowest one you can buy today thanks to its 3.6-liter V-6, but it's also the only one that will get you to a ski lodge thanks to its all-wheel drive system. It's the first all-wheel drive muscle car, but that's a term we're using lightly since it's not exactly a rocket ship.

We spent some time in a well-optioned $38,965 example. Here's what we learned.

The Challenger has cemented its legacy as a muscle car for the modern era. Dodge started things with a 425-horsepower SRT-badged bang at 2008's Chicago auto show. Today, you can put more than 700 ponies to the floor in a Hellcat and there's something more demonic yet to come. The GT? Err, its 3.6-liter V-6 is rated at 305 horsepower and 268 pound-feet of torque. Yes, it'll spank just about anything from the muscle car heyday, but we had a hard time firing off 0-60 sprints under 7.0 seconds using the nifty built-in timer shared with other Challengers. Admittedly, our tests were at about a mile above sea level, but the bigger flaw here is the engine's lack of personality. The V-6 is smooth but too silent, making this a rare case for piped in intake rumble or even a BMW-like growl through the speakers.

In normal driving, the Challenger GT feels a bit neutered. It has the swagger, but not the muscle to back it up, which kind of reminds us of the draconian emissions rules the EPA instituted in the early 1970s. Admittedly, the original Challenger didn't have its wings clipped to the degree of some American muscle cars (in 1976, the top-of-the-line Camaro cranked out an earth-chipping 165 horsepower!). But the Challenger GT comes across mild-mannered and gentle, a nerdy little brother eager to hype up his merits that stands in stark contrast to the brash, beer can crushing Hellcat.

...but the Duke boys would have loved it (kind of)

The Challenger's all-wheel drive system is its biggest asset. It's not an overly performance-oriented setup that allows you to dial in where you want your grip, but it combines with Michelin all-season rubber to stick to the road rather nicely. We didn't see snow on this drive (although we did on our first drive), but we did barrel down a dirt road while listening to SiriusXM's Outlaw Country station with a big grin.

Were people really asking for an all-wheel drive Challenger?

Well, probably not, although there's something to be said about adding utility to what was already the most practical of Detroit's three muscle coupes. But Dodge already had an all-wheel drive Charger. Same platform, same powertrain. So, you have to figure that the development costs here were nearly inconsequential in the grand scheme of things. What's it go up against? It's pricier than a Honda Accord V-6, but less than an equivalent BMW 2-Series. Maybe a Mustang or Camaro with winter tires?

The Challenger is aging gracefully

Yes, it's old. Go ahead and say it: the Challenger's platform is derived from the mid-'90s Mercedes-Benz E-Class. But in reality, this Dodge is merely graying at its temples instead of reaching for its walker. It still turns heads (especially in orange) and its retro-modern interior boasts one of the industry's best infotainment systems. FCA's latest Uconnect software is on board, including an excellent navigation system, a simple interface, and Apple CarPlay or Android Auto compatibility. Back in 2008, all of this was unthinkable, of course, but Dodge hasn't let the Challenger wither on its vine.

One more idea: a Challenger R/T with its 5.7-liter V-8 and good winter tires may provide even better four-season thrills.

Go-fast goodies, but no fast going

The Challenger GT has an enviable spec sheet with lots of cool tricks up its sleeves—the Super Track Pack. Through its infotainment screen, drivers can modify its throttle and its steering heft. A grippy sport steering wheel (part of a $995 GT Interior package on our tester and bundled with a 9-speaker audio system) features integrated paddle shifters. Buttons on its center console activate Sport mode and dial back the traction control system for better drifting. There's even a launch control setting. It's all kind of cool, but also seems out of place unless your Friday night street race schedule has you visiting Minneapolis in January.

We're all about driving a slow car fast, but that tends to work better in a vehicle like a Mazda MX-5 Miata or Toyota 86 that doesn't weigh upward of 4,100 pounds.