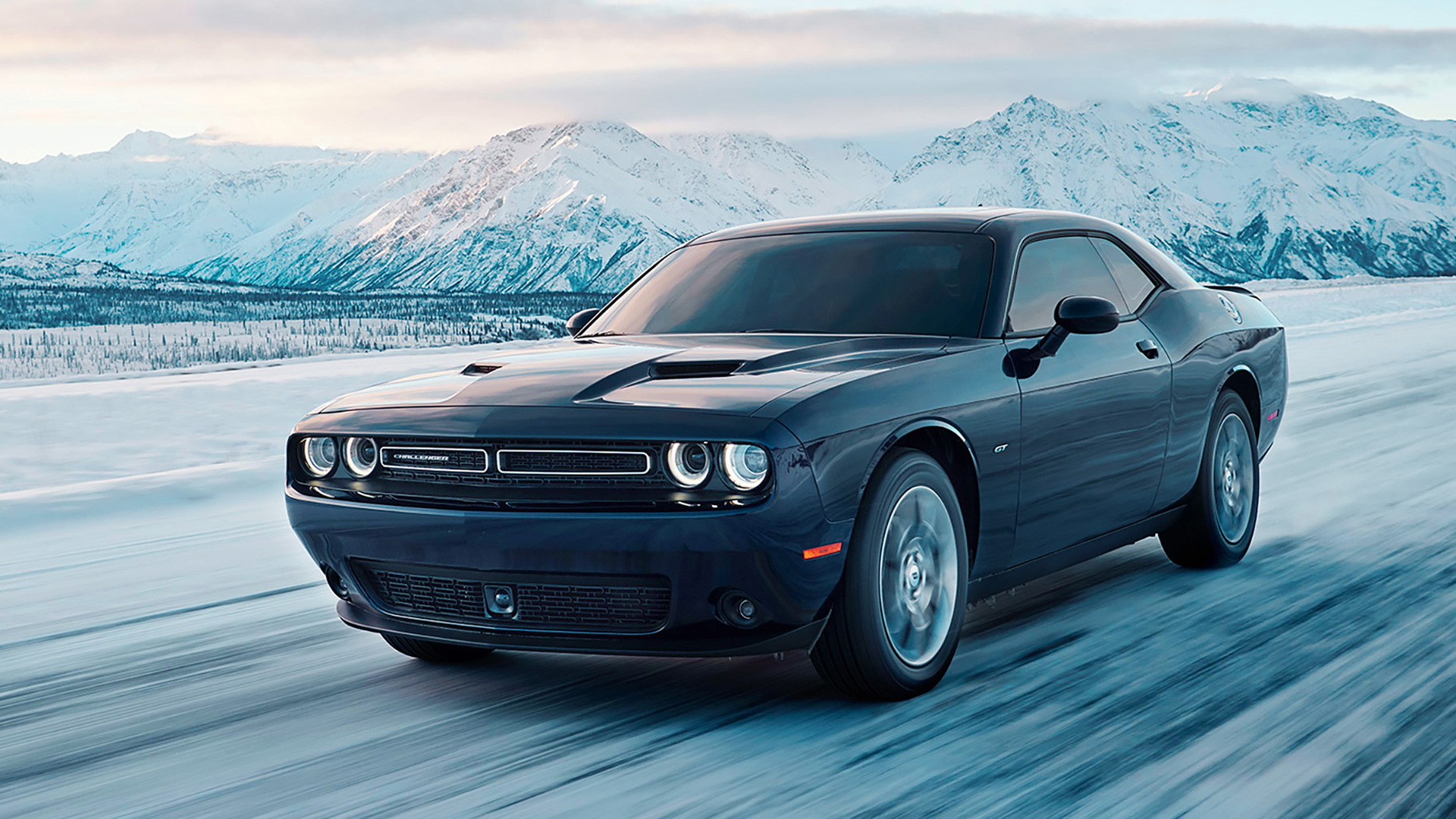 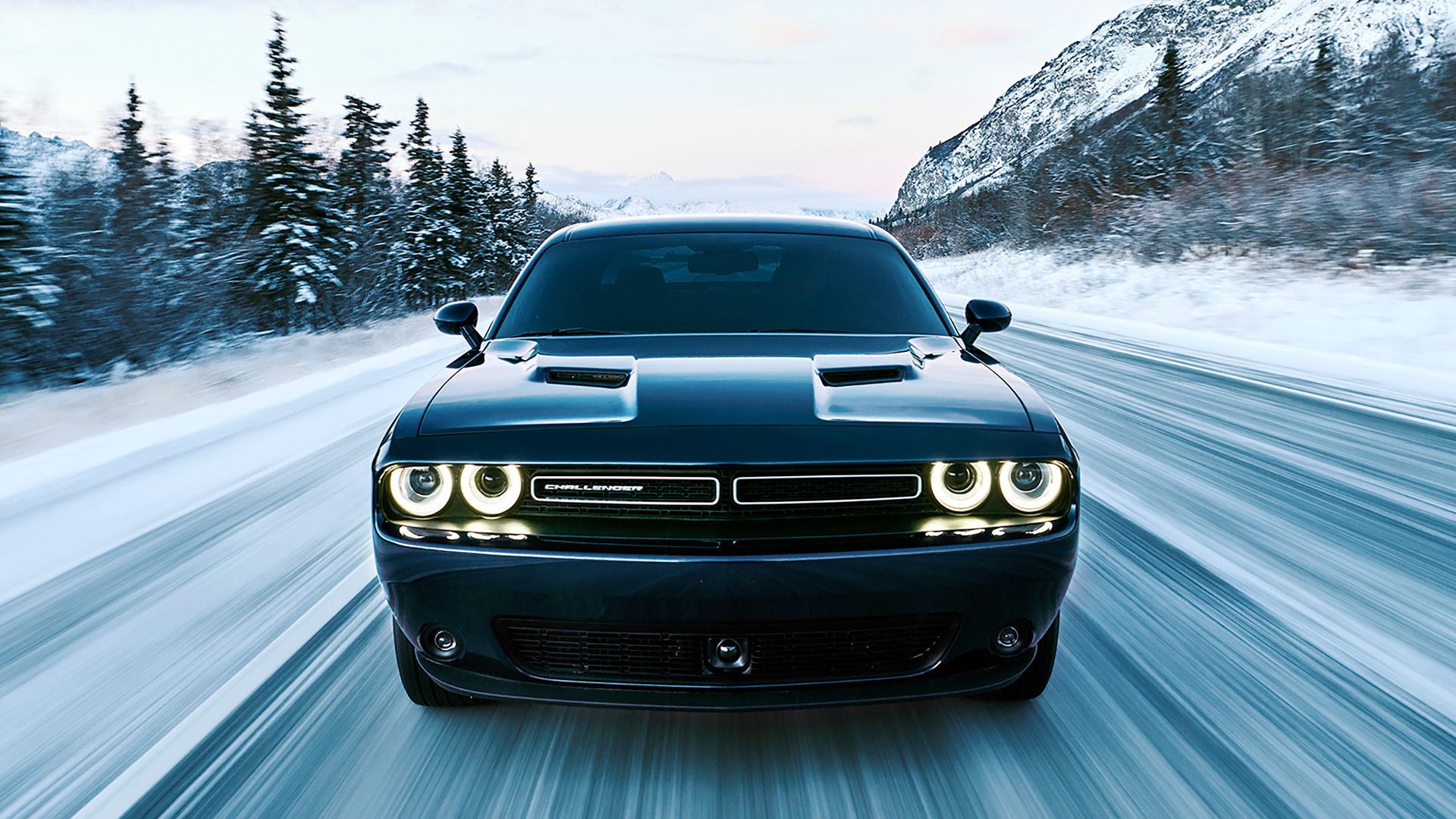 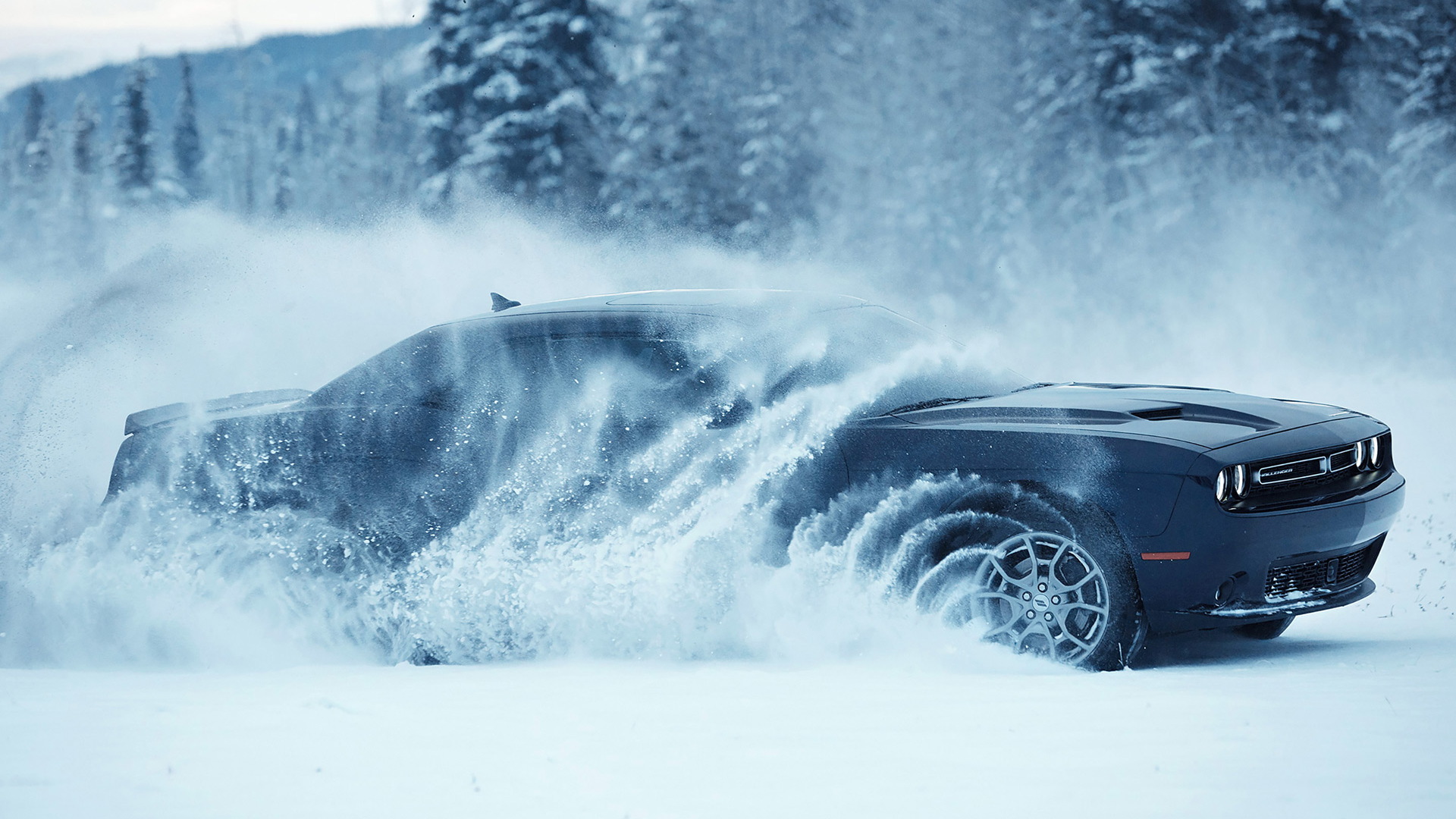 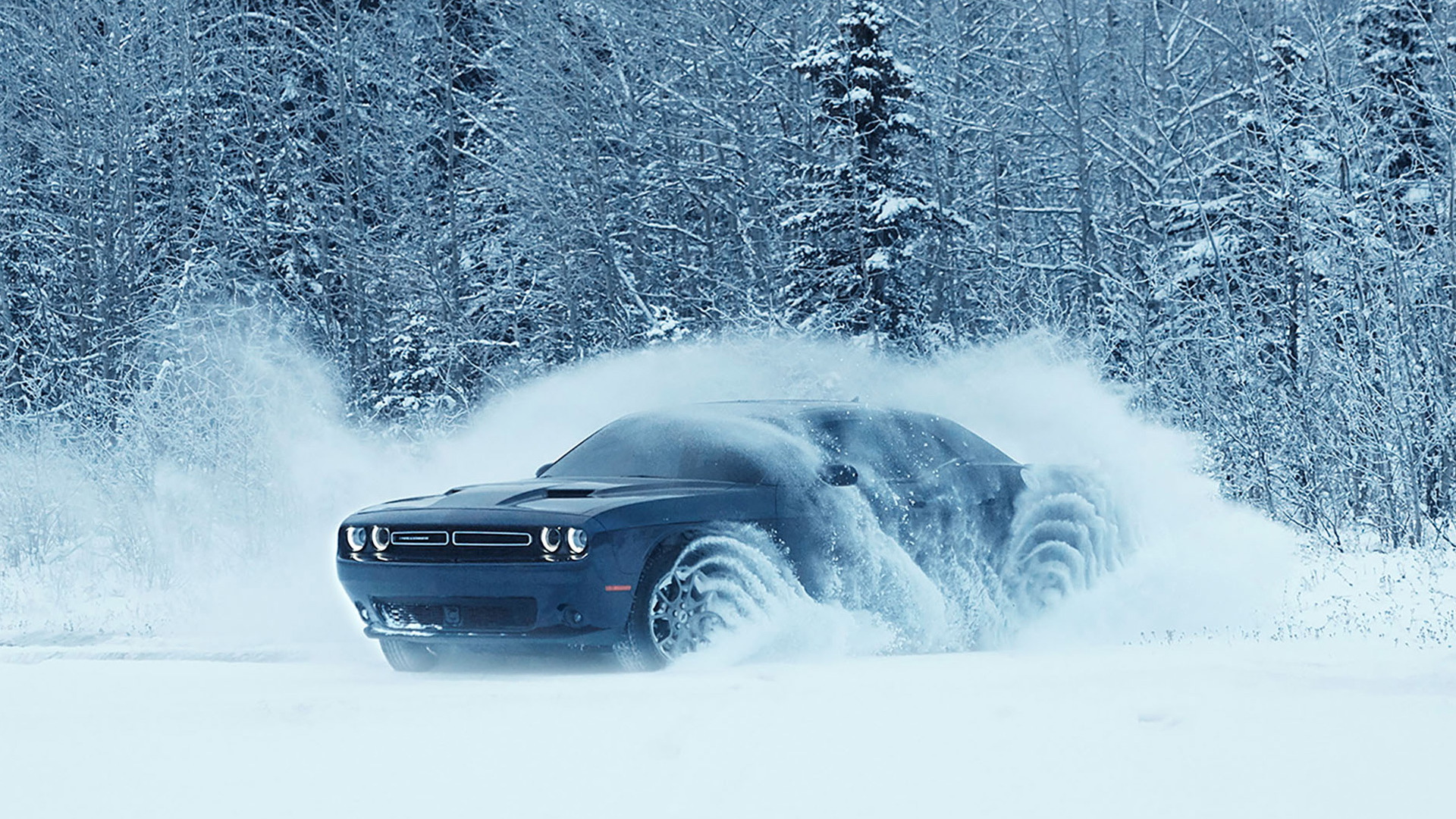 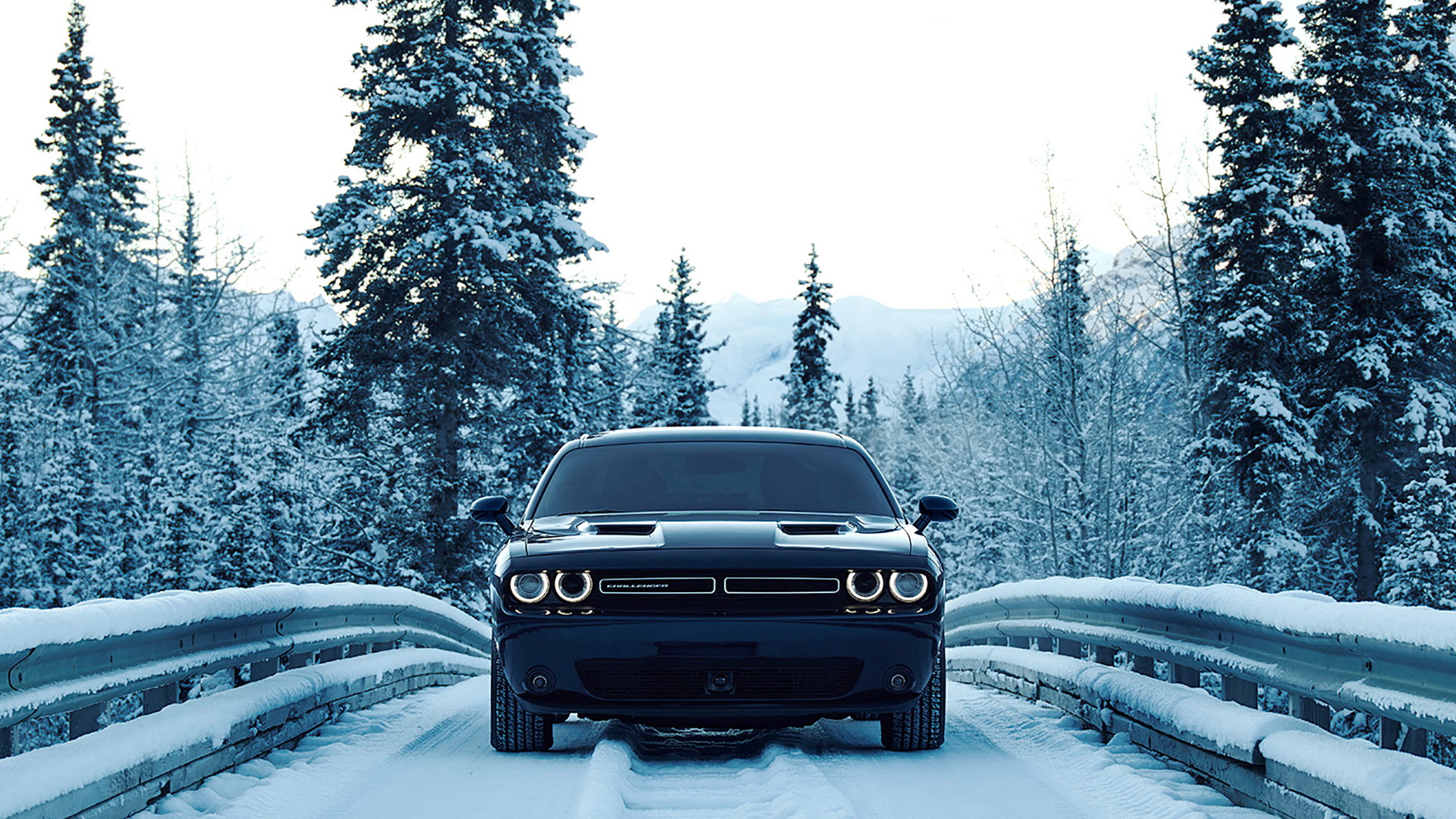 Have you always wanted a muscle car but held back because you wanted something you could drive all year long? Dodge now has the answer. It's the 2017 Dodge Challenger GT, and it's the first two-door American muscle car with all-wheel drive.

The all-wheel-drive system comes from the Dodge Charger, a platform-mate of the Challenger. It features an active transfer case that can send extra torque to the front wheels when needed. It also has a front-axle disconnect feature to reduce drag when front traction isn't needed.

ALSO SEE: Why the Lightning became the Raptor

The Challenger GT is offered exclusively with the 3.6-liter V-6, which produces 305 horsepower and 268 pound-feet of torque. With the standard 8-speed automatic transmission, Dodge says the Challenger GT returns an EPA-estimated 18 mpg city, 27 mpg highway. The Challenger GT also features paddle shifters and a Sport mode that holds gears longer to keep revs higher. The V-8s normally offered on the Challenger are not offered with AWD, sadly.

The electronic stability control system has three modes, including a “full-off” mode that will allow the car to drift in the snow.

For the exterior, only a small "GT" badge denotes that this is the AWD model. The tires are 235/55R19 all-seasons on Hyper Black alloy wheels. The exterior also gets fog lamps and a deck-lid rear spoiler. There isn't a wide-body design as previewed on a concept of the Challenger GT—it appears that is being saved for a new range-topping Challenger possibly dubbed the ADR.

An optional GT Interior package comes with sport Nappa leather and synthetic suede seats, nine Alpine speakers (including a subwoofer and a 506-watt amplifier), and a performance steering wheel. This package runs $995 on top of the Challenger GT's $34,490 starting price.

Production for the 2017 Dodge Challenger GT is scheduled to begin in January, and cars will be available at dealers in the first quarter of 2017.