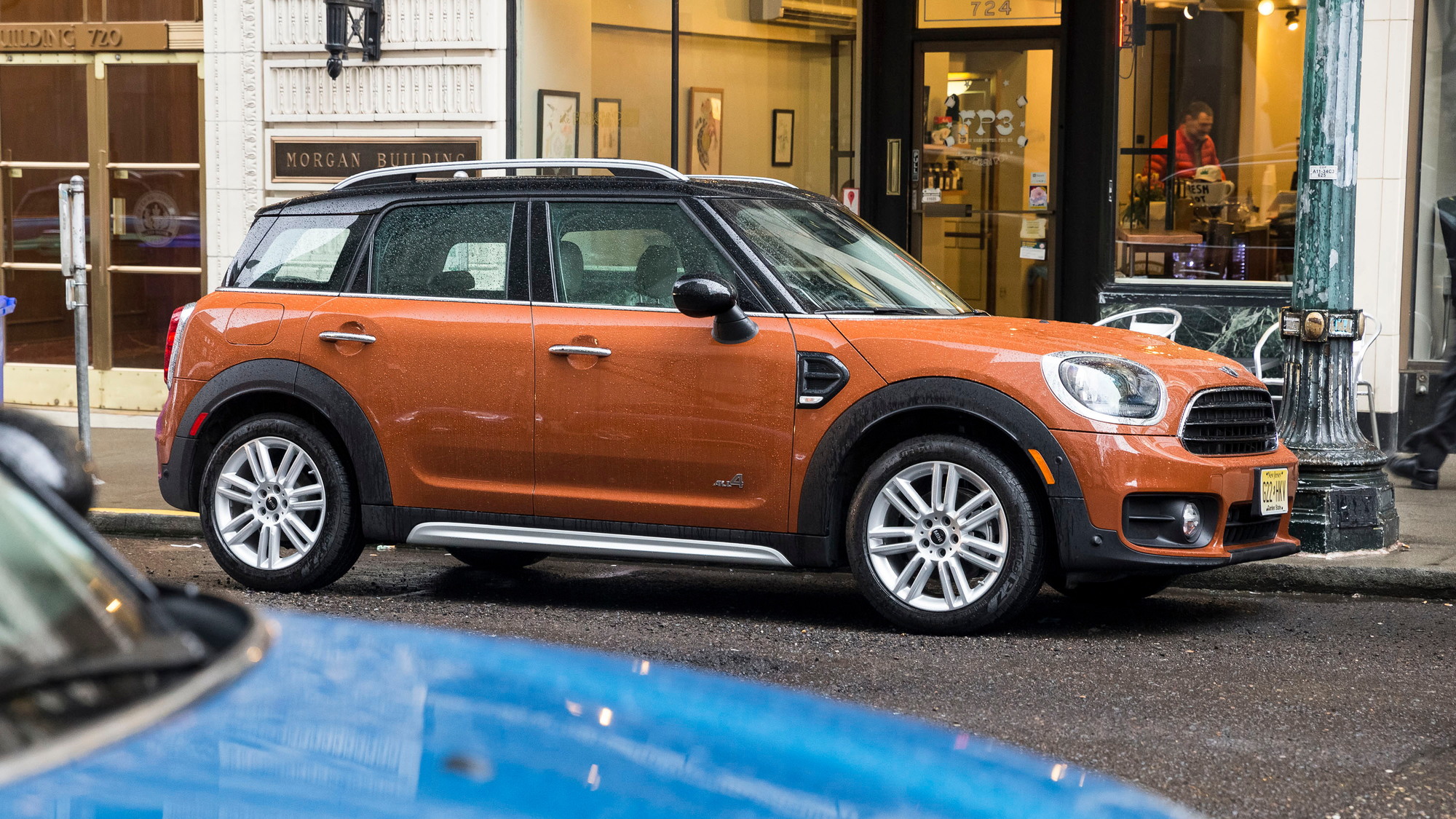 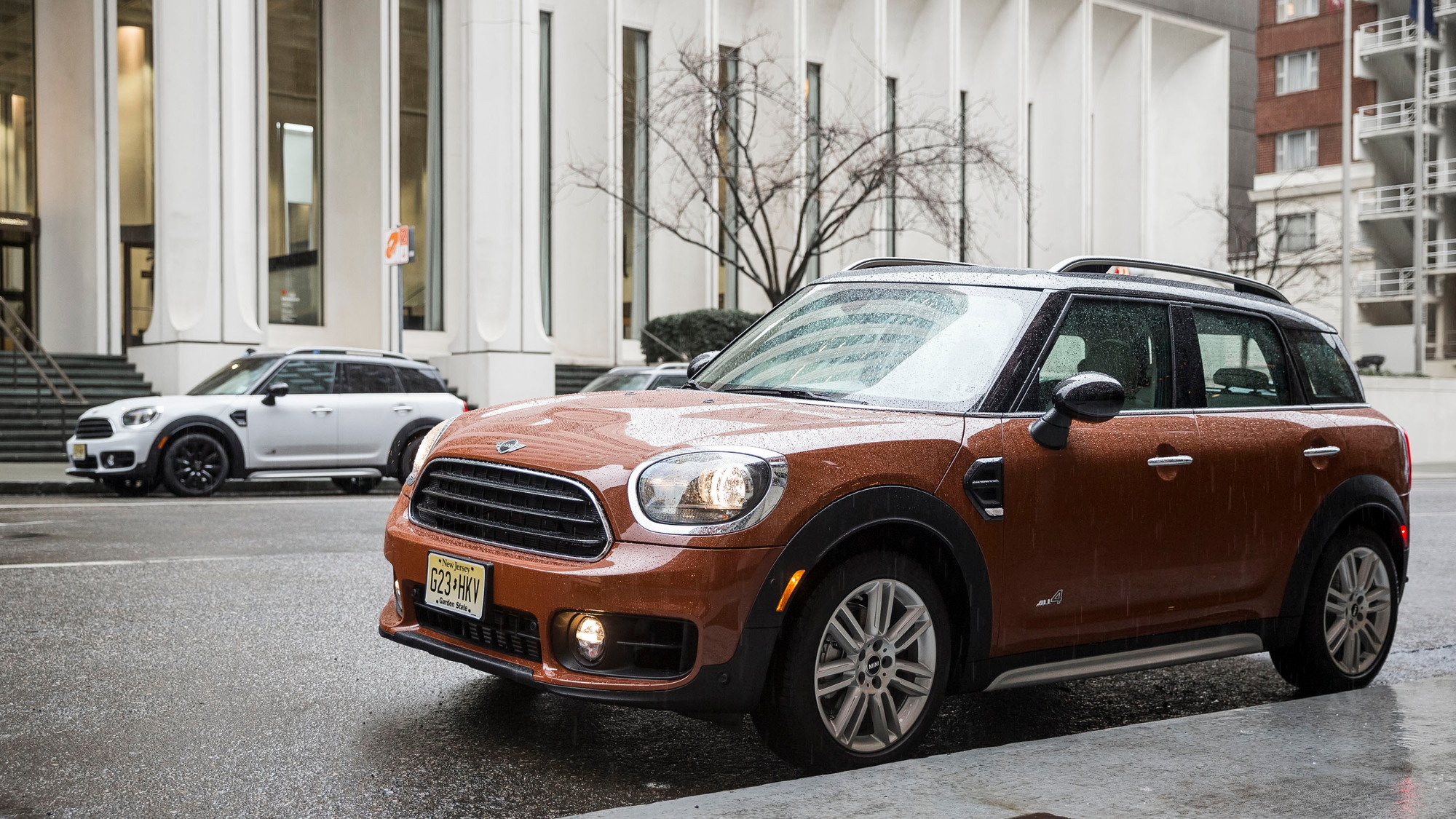 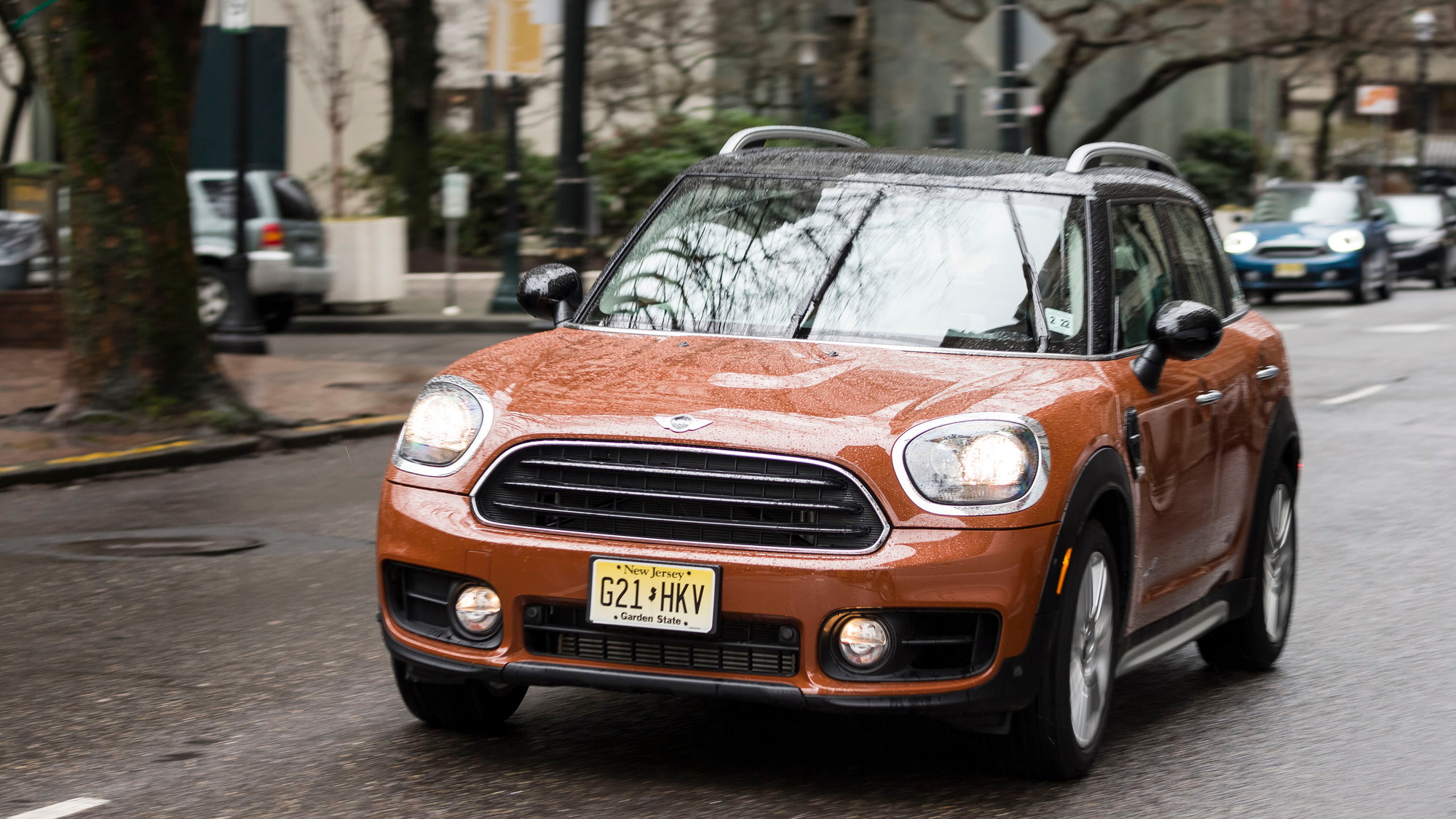 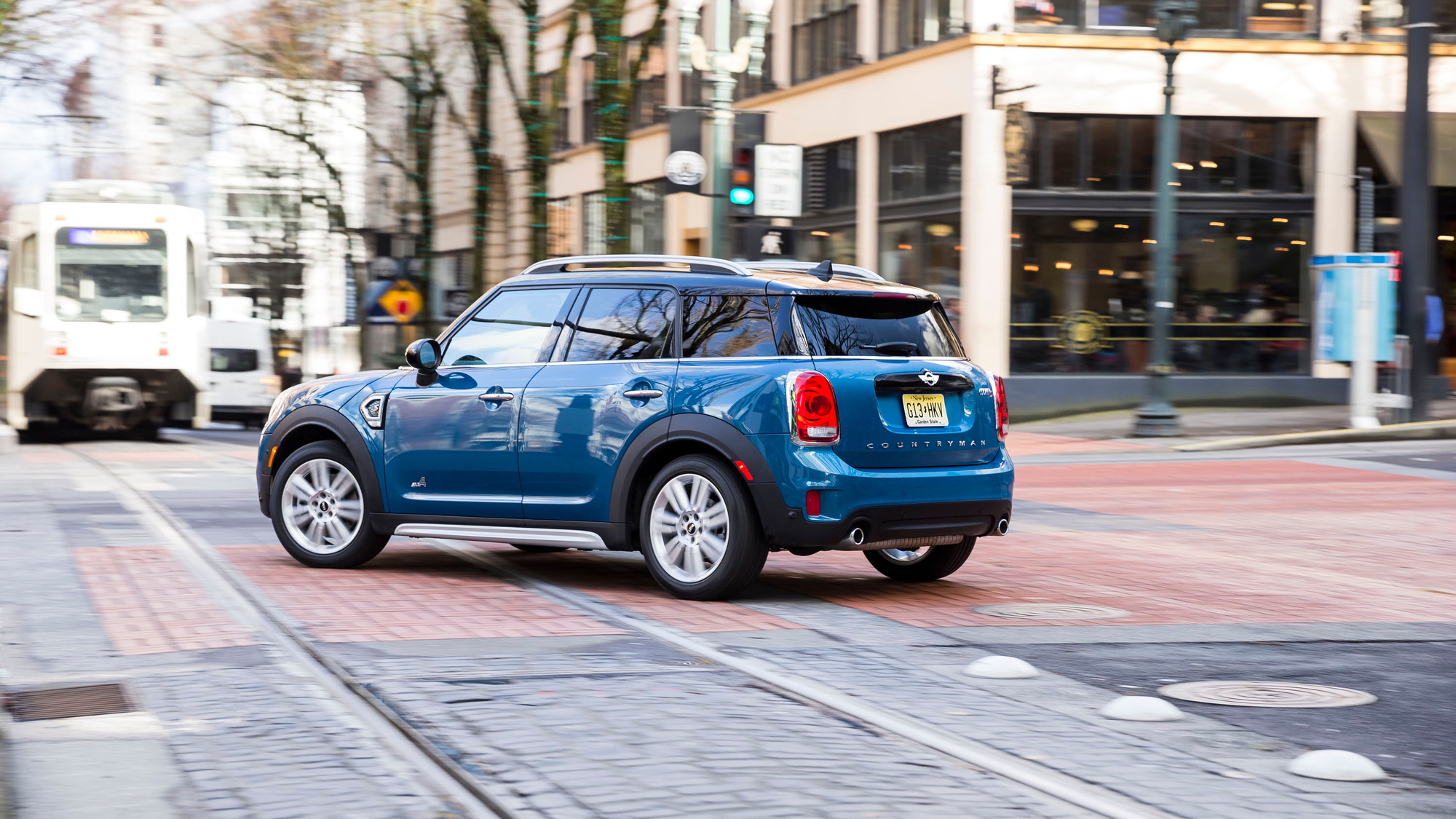 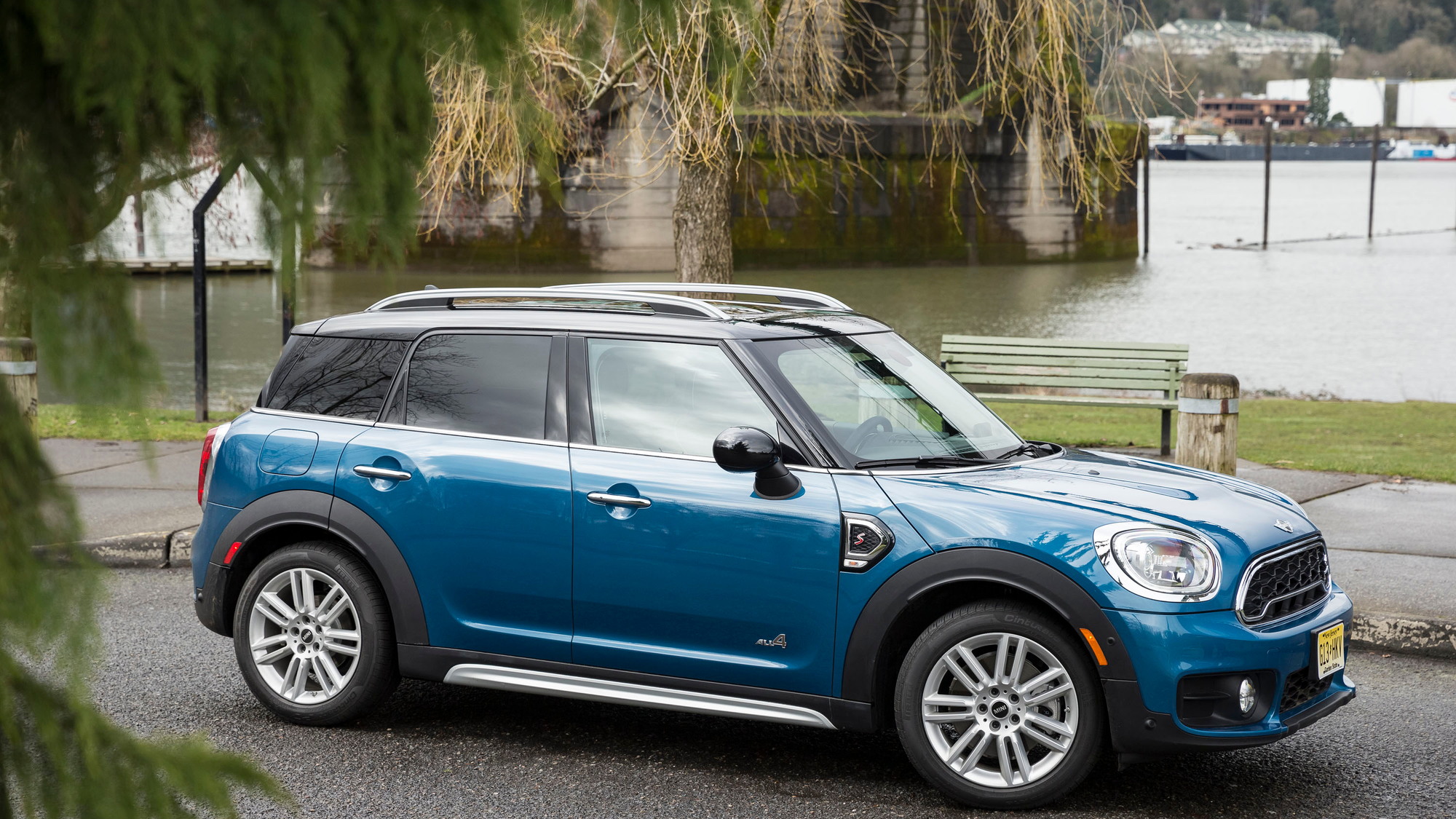 In the burgeoning crossover world, there's always room for one more. Enter the Mini Countryman, which is all-new for a late 2017 model year introduction. It's a smart, focused reboot of what has become the brand's second best-selling model.

But success in the Mini world isn't the same as a hit for its rivals, which nearly all sell as many compact crossovers in a month as the Countryman does in a year. Instead, the Countryman is something of a gateway to luxury, a model that straddles the line between Subaru Crosstrek and Mercedes-Benz GLA. The initial Countryman that arrived back in 2011 was something of a harbinger of things to come; it was the first Mini with four doors and the first to offer all-wheel drive.

The 2017 model carries those virtues over, but in a far more compelling and right-sized package that stretches about 8 inches longer than the outgoing model. It's still quirky in its own way, with an over-styled interior and an options catalog that'll take you days to sort through. Yet the Countryman feels far more grown up, with good room for four adults and a couple of suitcases and no dilution of the brand's characteristically zippy handling and nimble feel.

It looks like a marginally more bloated version of its predecessor, but the latest Countryman hides its extra sheetmetal well. Inside, it remains kitschy, but soft touch materials are found everywhere and the eight upholstery choices range from leatherette to a thickly woven cloth all the way up to hides that wouldn't be out of place in, well, a BMW.

Underneath, the Countryman rides on front-wheel drive architecture shared with the Mini Clubman and BMW X1. It's safe to say that the Countryman is something like a tall-riding Clubman, yes, but what's surprising is that it's more of an ultimate driving machine than the Bimmer. All three share the same choice of 3- and 4-cylinder turbocharged engines (although the American X1 is 4-banger-only), rated at 134 and 189 horsepower here in base and Countryman S configurations, and there's a choice of front- or all-wheel drive.

The Countryman is also available with a staggeringly wide range of transmissions: a 6-speed manual is standard and, depending on the engine and drive wheels, there's a 6-speed automatic and a pair of 8-speed automatics on offer. Later, a zippier Countryman John Cooper Works will be on offer, as will a plug-in hybrid variant that promises performance topping that of the S plus the line's lowest fuel consumption.

Pricing starts at $26,950 for a base front-wheel-drive model with a stick shift, but the sky's the limit with options—and you're already on the hook for a $500 special paint charge unless you want a silver Countryman. All-wheel drive adds $2,000 to either the base or the S, while automatic gearboxes range from $1,500 to $1,750 depending on the model. All told, the average buyer is expected to spend somewhere in the mid-$30,000 range for their Countryman—but it's possible to drop upward of $40,000 on one.

Befitting Mini tradition, the Countryman sliced through a winding, wet road along the Columbia River in Oregon with aplomb. All of our driving at Mini's press event east of Portland was in all-wheel drive models with the optional 18-inch wheels, although we did sample both the standard suspension and one with extra-cost adjustable dampers.

Regardless of specification, the Mini's electrically boosted steering transmits a terrific amount of road feel, albeit with a slight nervousness off center. Heft builds quickly and confidently as the Countryman enters a curve, its firm suspension keeping it feeling planted. With the optional (on base models) 18-inchers, potholes are jarring, but there's none of the crashing feel found in the last Countryman.

We spent more time in the base car with its thrumming 1.5-liter 3-cylinder engine. Aside from a little roughness from underhood at initial throttle tip-in, the base model is refined and delivers reasonable grunt with a light load aboard thanks mostly to its 162 pound-feet of torque. The Countryman S with its extra 45 pound-feet and additional 55 horses, predictably, is much stronger across the rev ragne, and it's a little smoother, too. It mates well to the $1,750 "sport" automatic, an 8-speed provided by Aisin that fires off quick, firm shifts and responds rapidly to inputs from the steering wheel-mounted paddle shifters. The less aggressive automatic saves $250 but dilutes some of the Countryman S's personality.

Flick a ring around the Countryman's gear lever into Sport mode and you're rewarded with snappier throttle response, more steering heft, and, when adjustable dampers are fitted, a taut ride that verges on too firm without quite reaching that point.

BMW's latest all-wheel drive system delivered terrific traction on a snowy and icy road around Mt. Hood. It disconnects the rear wheels automatically to save fuel to the tune of 22 mpg city, 32 highway, 26 combined for the base model with its stick shift. That's not class-leading, but it's also hard to say exactly what class the Countryman competes in.

Is the Countryman a better BMW? Well, it depends on your definition of what a BMW is today—especially considering the brand's unorthodox decision to switch its X1 crossover from a rear- to a front-drive platform last year. Compared to the X1, the Mini's ride is busier and firmer, its steering sharper but also more nervous on center, and it seems to let in more rumble from the road. It's more fun, but also less relaxing. The two cars have distinctly different personalities despite their shared heritage.

For enthusiasts, it may be a little tough to digest the idea that not only does a Mini version of a BMW exist, but the Countryman is the one that will put a smile on your face.

Mini provided travel and lodging to Internet Brands Automotive to bring you this firsthand report.