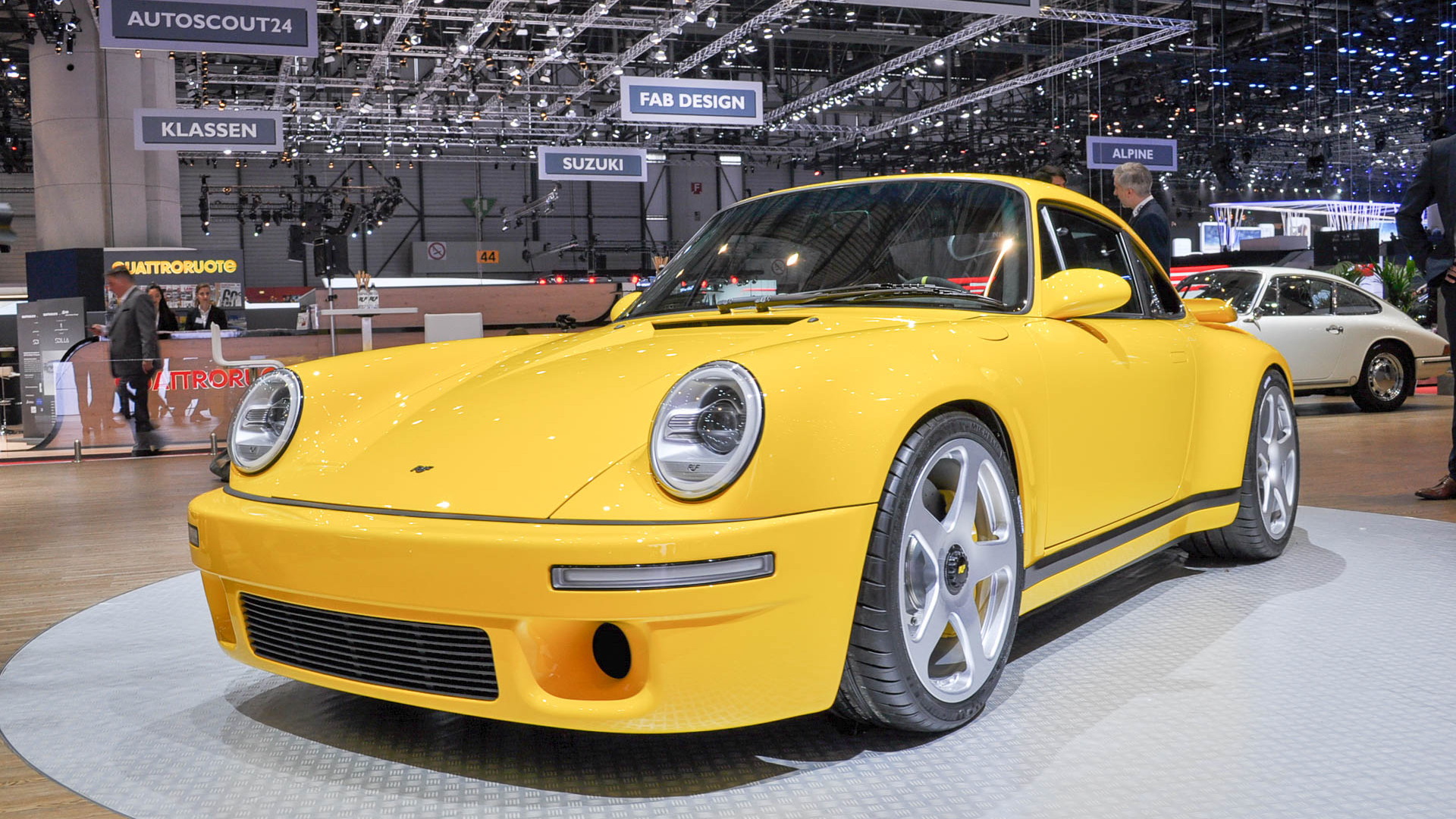 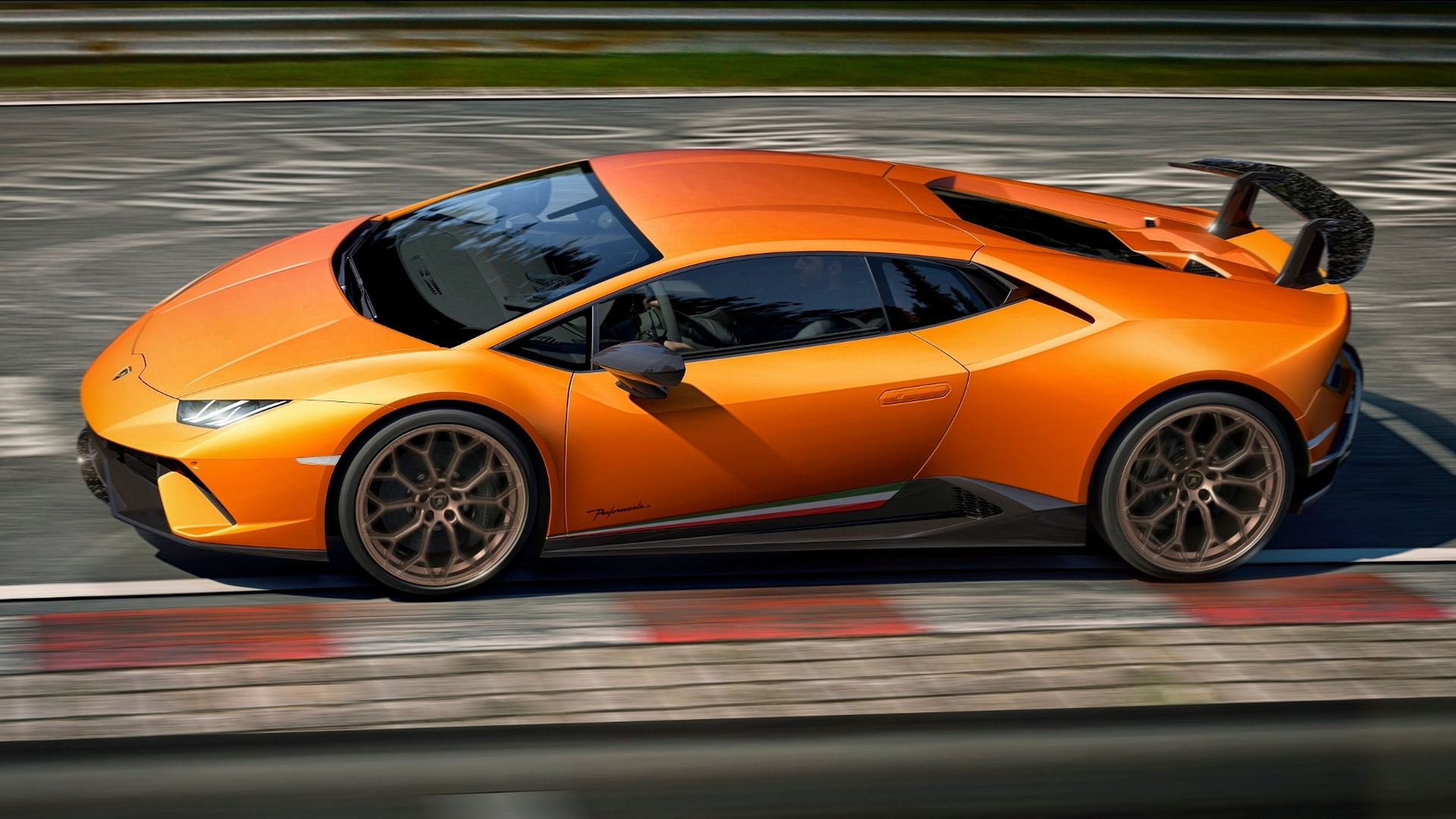 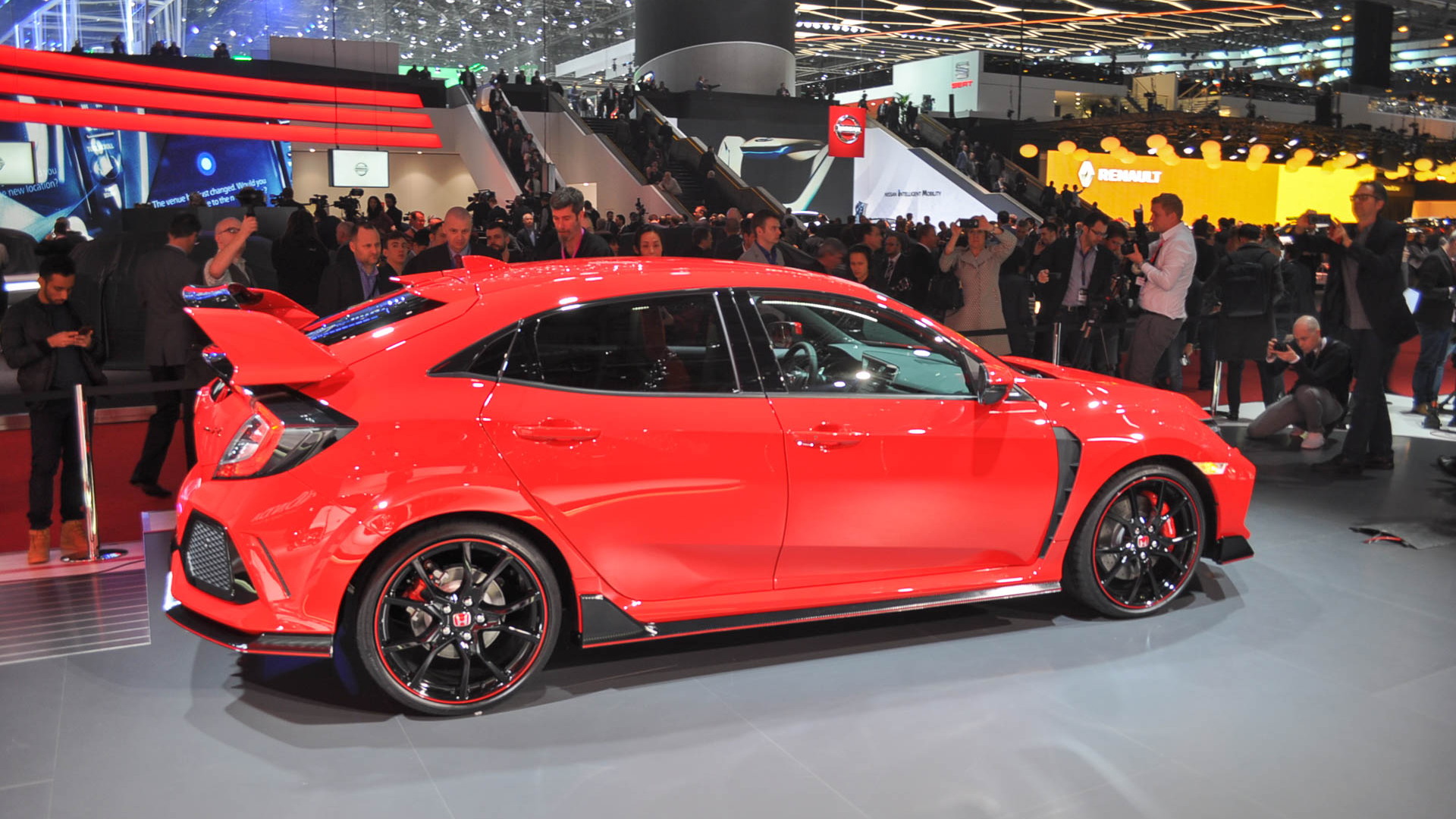 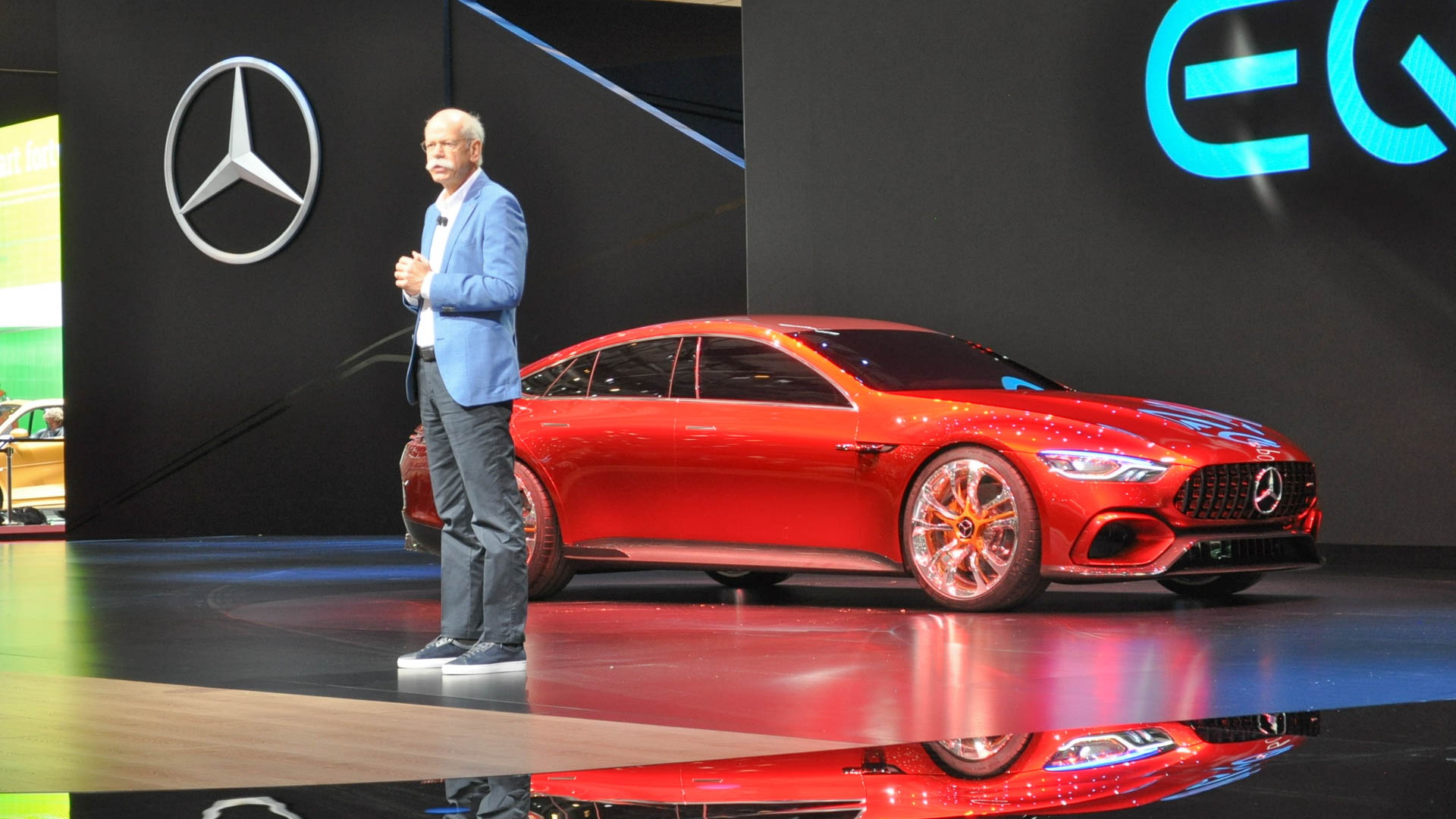 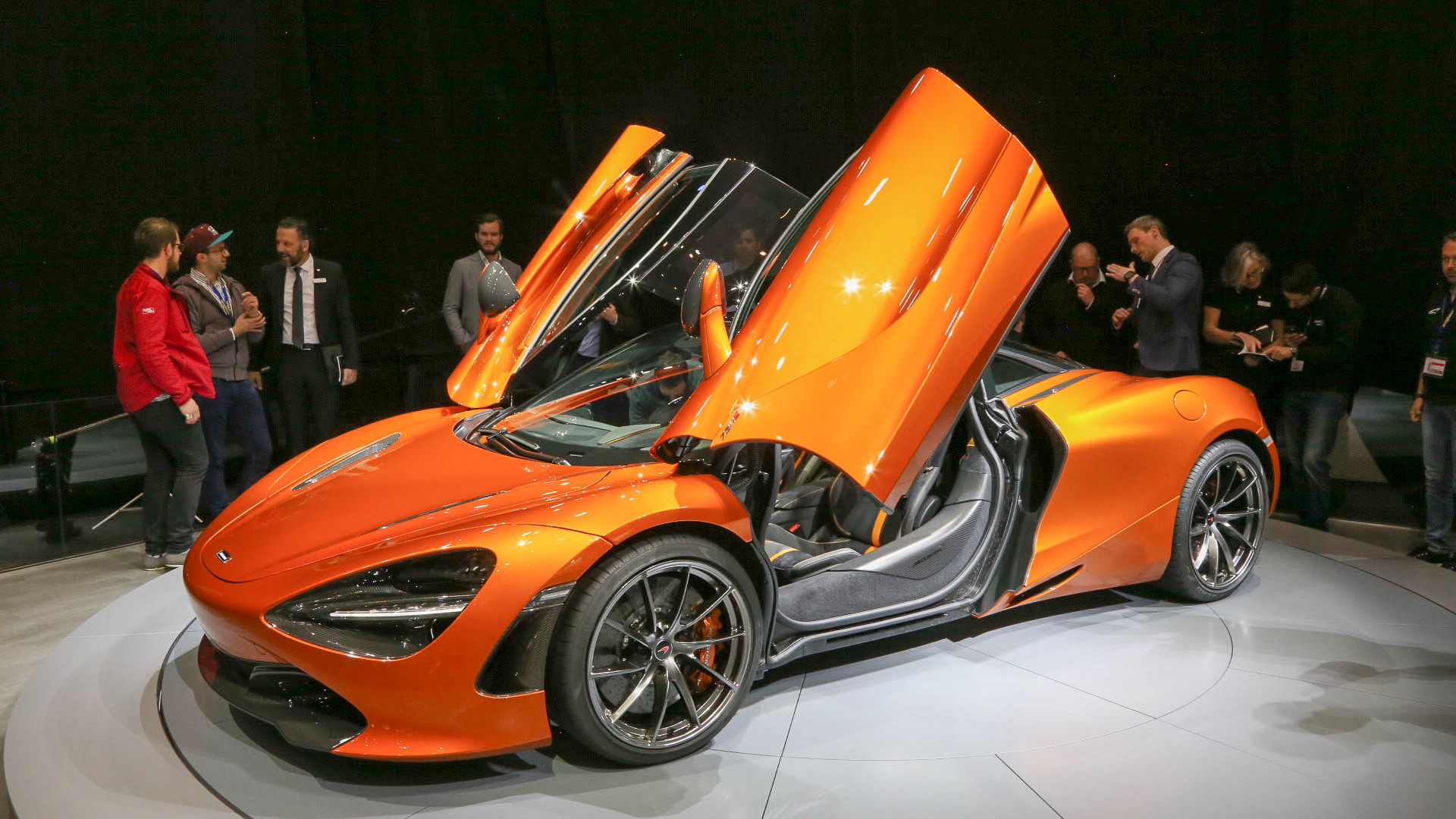 When it comes to automotive excitement, no auto show tops the annual Geneva International Motor Show. Held in the backyard of the European automakers, it is not only a place where Audi, BMW, Mercedes-Benz, Jaguar, Land Rover, and Volvo show off their latest offerings, but the supercar manufacturers come to play with some big-time announcements as well.

On top of that, the show draws boutique automakers like Pagani, Ruf, Bugatti, and a score of brands you've barely heard of to grab some attention–and perhaps some sales–for their limited-run supercars, hypercars, and tuner cars.

Motor Authority was at the show in full force to take in the sights, and here is what we found to be appealing, arresting, interesting, and just plain cool.

Mercedes-AMG GT Sedan Concept. Mercedes has plenty of sedans breathed on by AMG, but none that have been developed by the company's performance arm from the get-go. That may be about to change. Like the AMG GT coupe and roadster, the AMG GT Sedan Concept would be a purpose-built performance car. Also notable is the EQ Power+ label, which indicates a performance hybrid system lies under the sleek hood. In this case it pairs the familiar twin-turbocharged 4.0-liter V-8 with a rear-mounted electric motor for a total output of 805 horsepower. Mercedes says this system allows the car to accelerate from 0 to 60 mph in less than 3.0 seconds. A production version of the AMG GT Sedan is due before the end of the decade.

2018 McLaren 720S. Everything about the McLaren 720S is better than 650S it replaces: the looks, the power, the performance, even the 8.0-inch touchscreen. McLaren's second-generation Super Series model trades a 641-horsepower twin-turbo 3.8-liter V-8 for a 710-horse 4.0-liter V-8 also with a pair of turbos huffing air down its gullet. The engine and transmission sit five inches lower in the chassis to lower the car's center of gravity and improve handling. The looks aren't just sleek, they're functional, too. The A-pillars direct air into ducting that cools the engine 15 percent more efficiently than the 650S, and the rear spoiler provides 30 percent more downforce and acts as an air brake. The 2018 McLaren 720S goes on sale this May with a starting price around $280,000. OK, maybe the price isn't an improvement.

2018 Land Rover Range Rover Velar. When your lineup is only SUVs, it can be hard to parse the market to find room for new models. Land Rover has done just that with the new Velar. A compact crossover based on the Jaguar F-Pace, the Velar fits between the Range Rover Evoque and the Range Rover Sport in the brand's lineup. Stylish looks, a high-quality interior with a new two-screen infotainment system, and the somewhat affordable starting price of $50,895 will make the Velar appeal to a new type of buyer. Three engines will be offered, a 247-horsepower turbocharged 2.0-liter 4-cylinder, a 180-hp 2.0-liter turbodiesel 4-cylinder, and a 380-hp supercharged V-6. A Terrain Response selector and an available locking rear differential will add some off-road capability. Watch for the Velar to hit dealers this summer.

2018 Volvo XC60. Volvo has struck a chord with the design language first seen on the XC90, and now it is applying that theme to the compact XC60. The XC60 gets more than that from its bigger brother, though. The platform is a scaled down version of the XC90's Scalable Product Architecture and the powertrains are likely to come from the XC90 as well. That should mean a turbocharged 2.0-liter 4-cylinder with about 250 horsepower and a plug-in hybrid turbocharged and supercharged 2.0-liter making about 400 horses. Inside, the XC60 features the tablet-like Sensus infotainment system and 4-zone automatic climate control. New safety features include a City Safety collision avoidance system that can not only brake for an impending crash, but also steer out of the way, and Volvo's Pilot Assist, which accelerates, decelerates, and steers automatically in areas with clear lane markings at speeds up to 80 mph. Look for the 2018 Volvo XC60 in dealers later this year.

Lamborghini Huracán Performante. You haven't been to Geneva if you haven't seen a new Ferrari or Lamborghini. This year, Lamborghini showed off its most impressive performer yet. That is, if you go by the numbers. The Lamborghini Huracán Performante put up a new record time for a production car at the Nürburgring, posting a 6:52.01 run over the 12.8-mile course. What makes this car so special? A little extra power and a lot of active aerodynamics. The 5.2-liter V-10 is amped up to 631 horsepower, and that's enough to vault the car from 0 to 60 mph in 2.9 seconds. The Aerodinamica Lamborghini Attiva system, however, allows the car's aerodynamic elements to vary between high downforce and low drag, and that translates to big speeds on a racetrack. The big rear wing offers 750 percent of the downforce of a standard Huracán, yet the active aero allows a top speed of 202 mph. Usually, downforce kills top speed. The Huracán Performante goes on sale this summer with a pricetag of $274,390.

Bentley EXP 12 Speed 6e. Think of the EXP 12 Speed 6e as serving three missions. First, it is a design precursor to the upcoming Continental GT convertible. Second, it imagines how an electric Bentley sports car may work. And third, like the EXP 10 Speed 6 Concept shown here two years ago, it leaves room for a smaller two-seat sports car in the Bentley lineup. No matter what it is, we like it. The car's low stance and crisp, dramatic lines give it a sporty appeal, though the front-end is a bit too bug-eyed for our tastes. Extend those lines a little farther like they would be on a 2+2 Continental and you'd get a touch more elegance. Leave them as they are, and it would make a great sports car, a la the Aston Martin Vantage. As for the electric concept, there is no plug here; Bentley envisions inductive charging. Why not dream big?

Ruf CTR. Ruf is known for tuning Porsches. Now the German firm is building a car that looks like a Porsche, a 1987 Porsche to be exact. The Ruf CTR (Group C, Turbo, Ruf) is actually a call back to the CTR Yellowbird that Ruf began building from stock 911s 30 years ago. This one, however, is thoroughly modern. It features a carbon fiber tub (and body) and a twin-turbocharged 3.6-liter flat-6 that Ruf has wrenched to churn out 700 horsepower and 649 pound-feet of torque. All that get-go flows through a 6-speed manual transmission to the rear wheels and is partially managed by a limited-slip differential. Ruf quotes a 0-60 mph time of 3.5 seconds and a top speed in the ballpark of 225 mph. Double wishbone suspension locates the tires front and rear, and carbon ceramic brakes provide the stopping power. Production is set to start in early 2018, and only 30 cars will be built.

2017 Honda Civic Type R. Geneva may be a European show, but the Japanese can make a splash, too. After showing a prototype last year, we get the production car this year. It's finally coming to the U.S., and it's powered by a turbocharged 2.0-liter 4-cylinder cranking out 306 horses and sending them exclusively to the front wheels. The lone transmission is a 6-speed manual with rev-matching capability. How will it keep from roasting those front tires and veering off into torque steer? For starters, the 245/30R20 Continental ContiSportContact 6 tires should have something to say about it. Unique spring, damper, and bushing settings along with a Dual-Axis front suspension geometry with aluminum lower control arms and steering knuckles will also control the pull of 306 horses through the front axle. The Type R will only be offered on a stiffened version of the hatchback body style, and it's set to arrive late this spring.