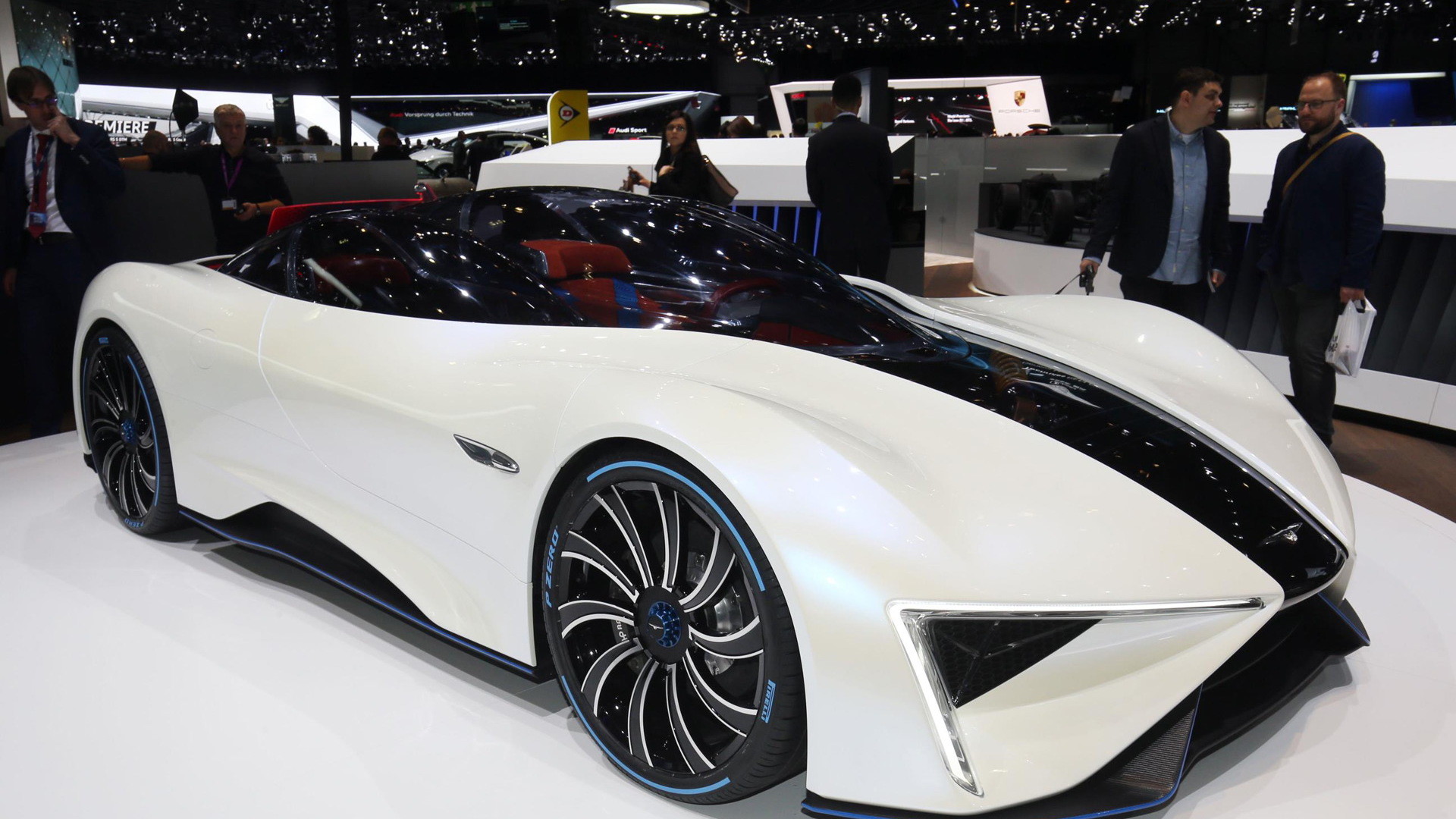 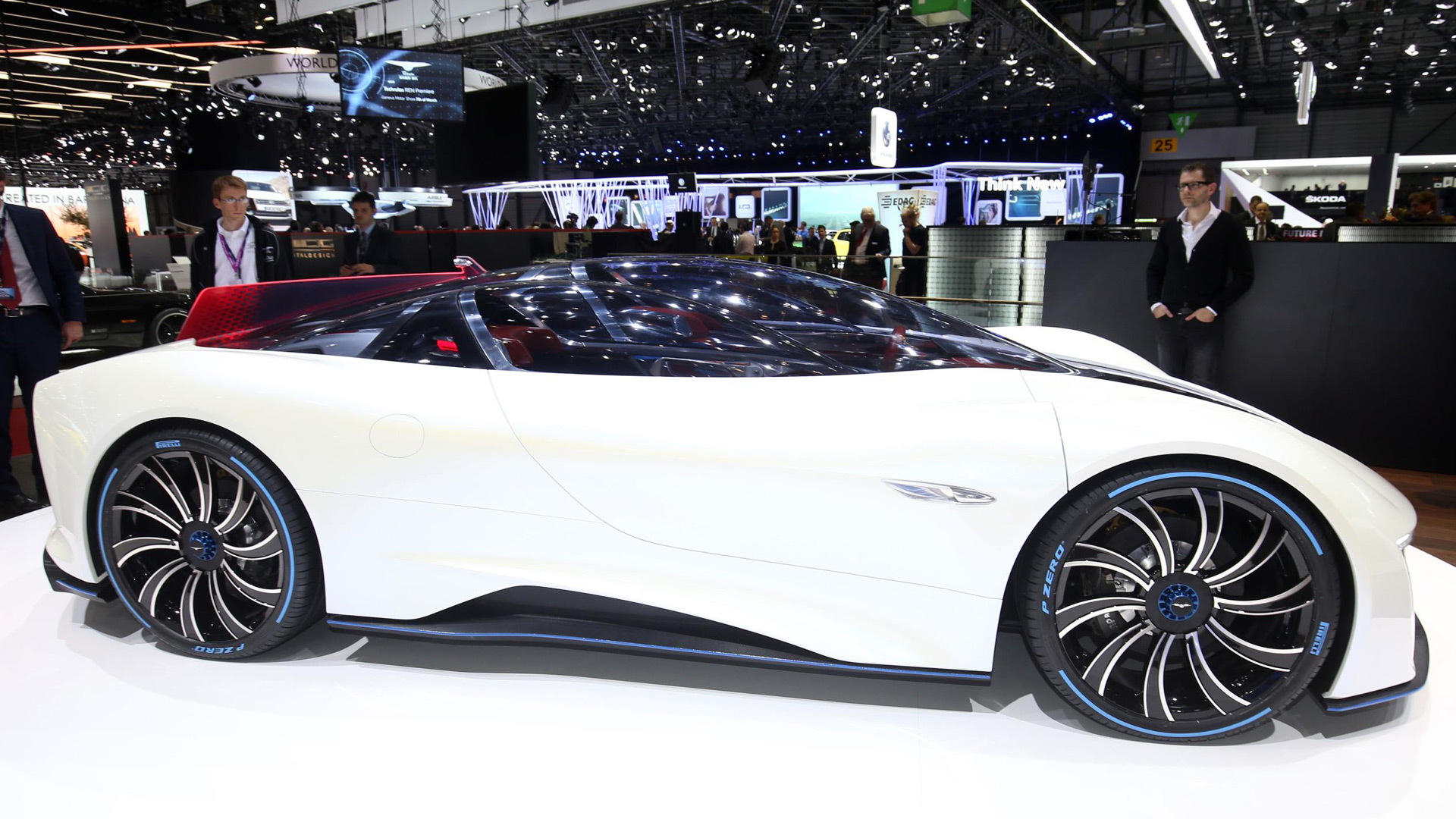 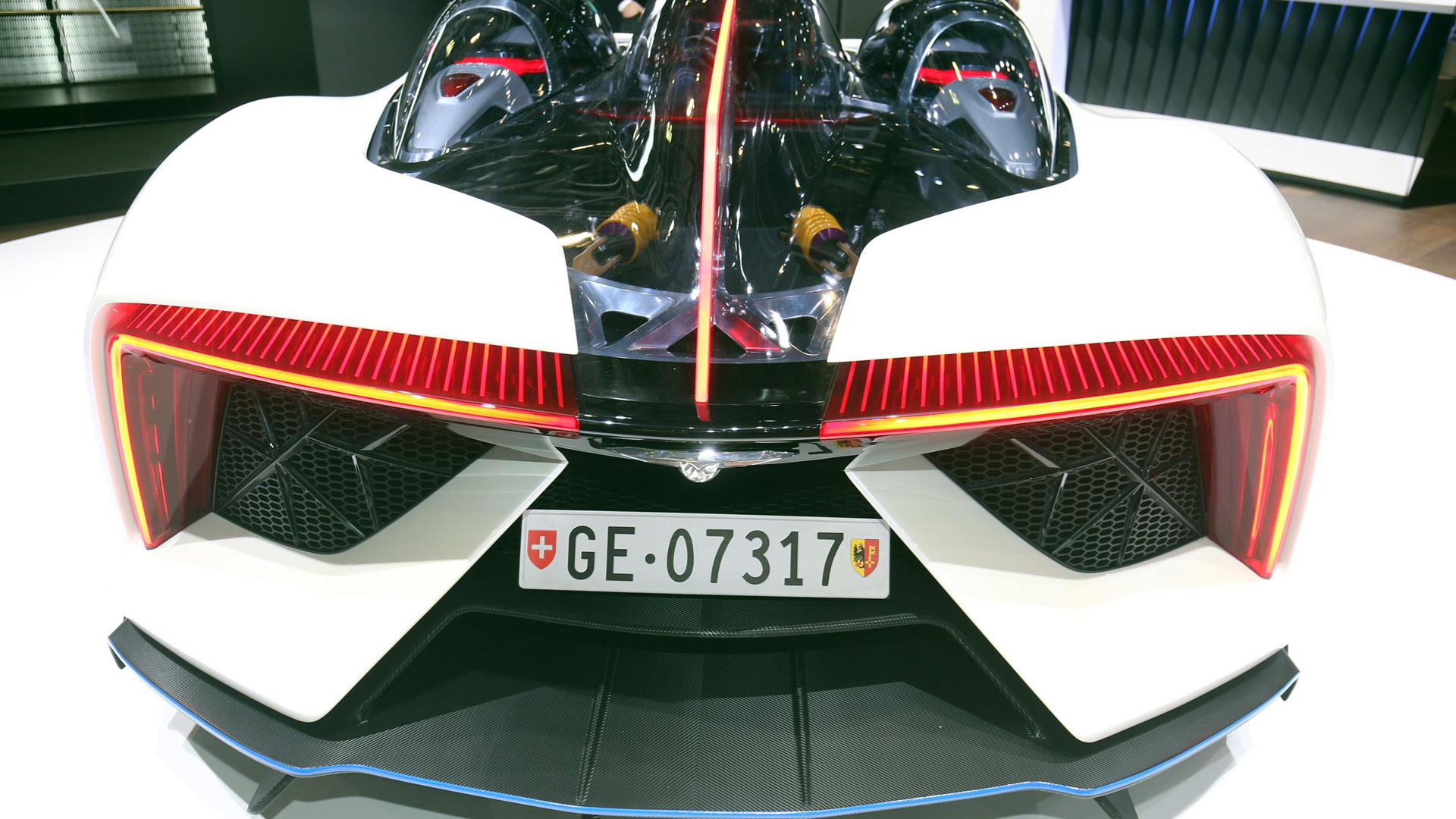 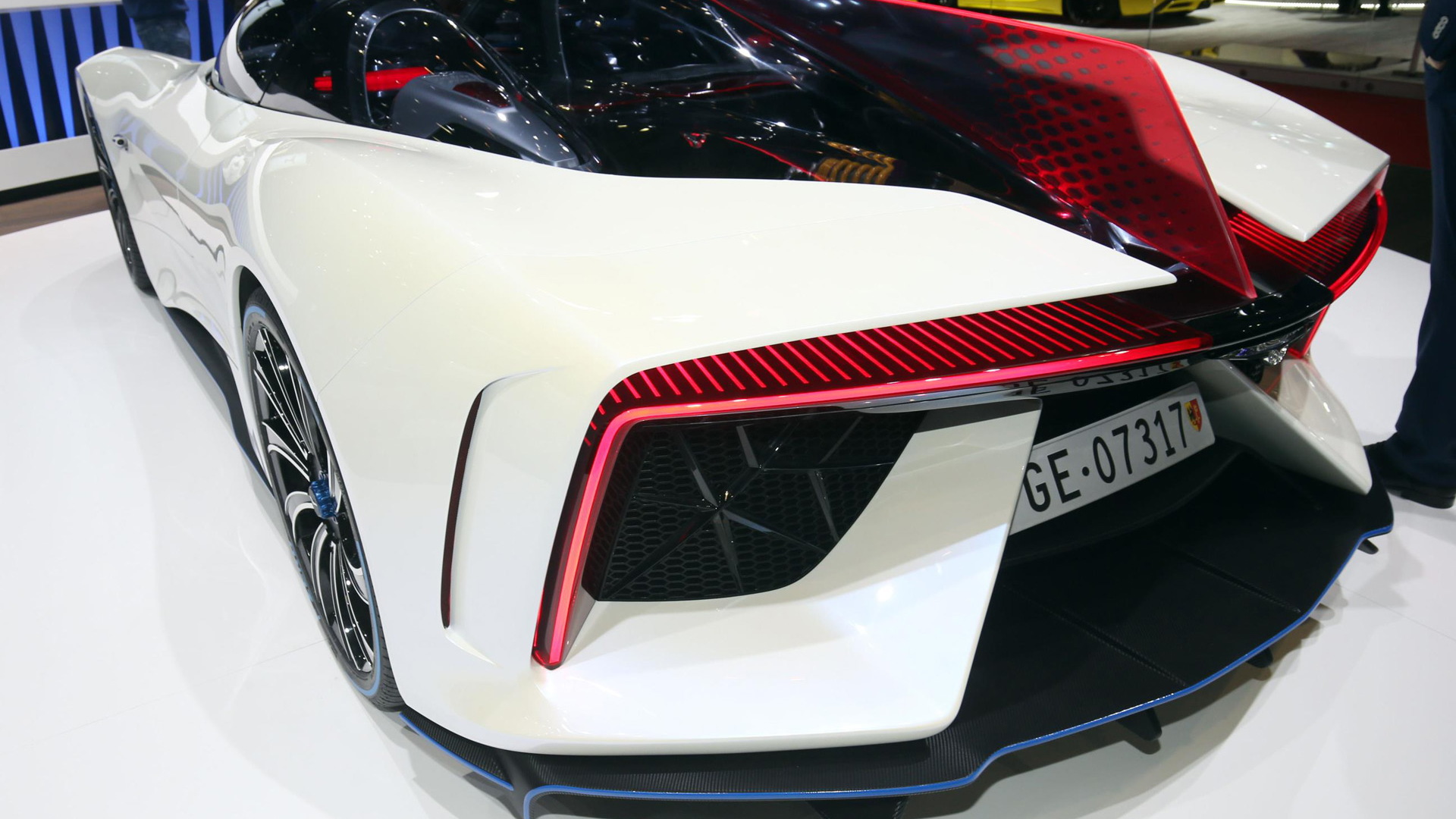 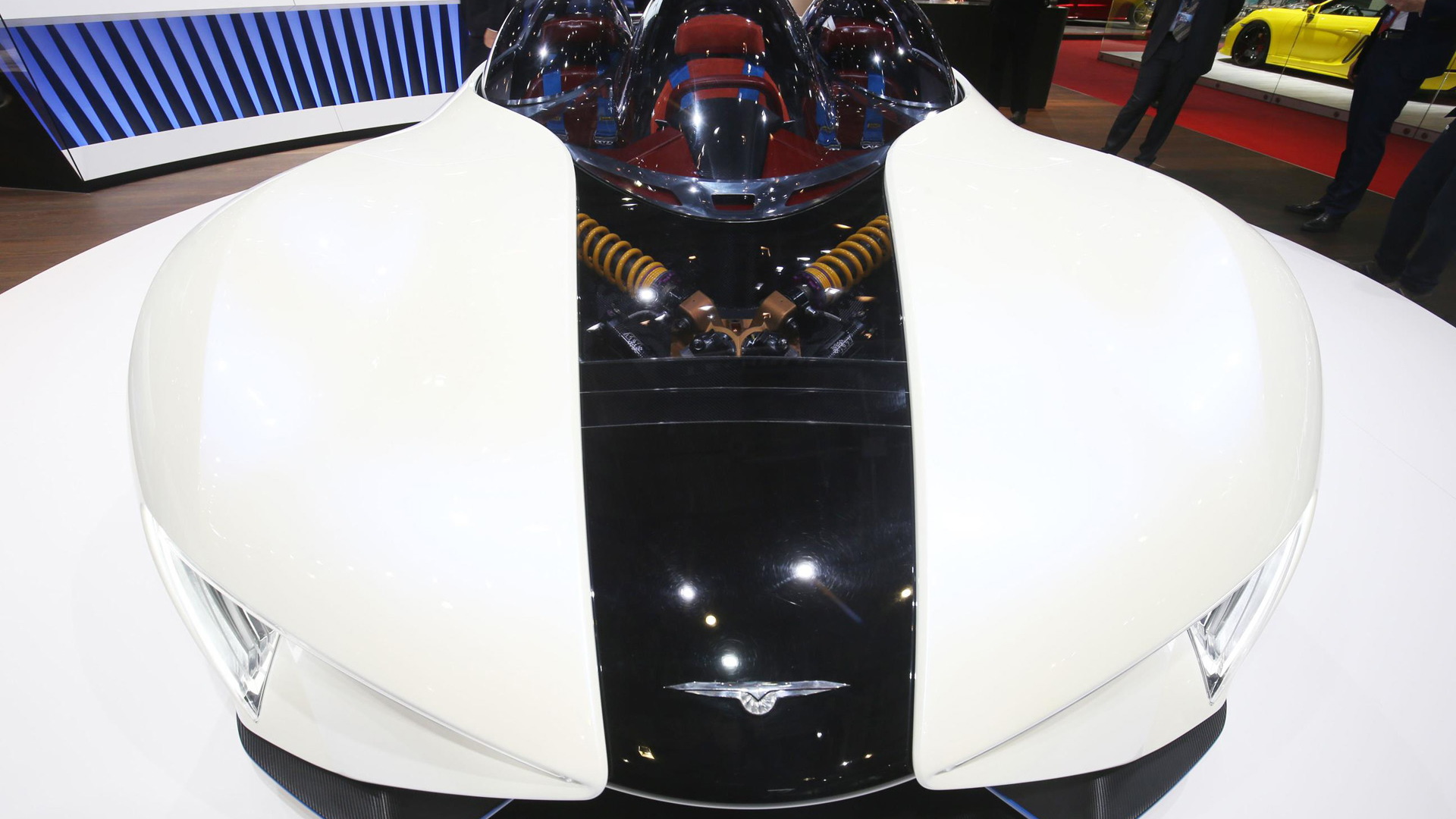 The Giugiaro-designed extended-range electric supercar from Chinese startup Techrules has finally been revealed in production guise. It goes by the name Ren, and it was presented for the first time on Tuesday at the 2017 Geneva auto show.

The Ren was previewed at the Geneva auto show one year ago, back when it was still being called the GT86. The exterior has been completely revised since then and the interior now features a three-seat layout and central driving position, à la the McLaren F1.

Uniquely, access to the cabin is via a flip-up roof containing individual jet fighter-style canopies for each of the seats. Techrules says the design was chosen because of the excellent visibility it affords. The company also states that a “theatrical arrival” is guaranteed wherever your destination.

There are also three available lithium-ion polymer battery options: 14, 25, and 32 kilowatt-hours. And customers can also choose between one or two turbines for the range-extension function. These are mounted at the rear of the car. Complicating matters even further, there are two turbine types to choose from: either a 30-kilowatt high-efficiency unit or an 80-kw higher-power unit.

So what kind of performance can owners expect? According to Techrules, the most potent version of the Ren will accelerate to 62 mph in 2.5 seconds and top out at just under 200 mph. The company is a bit iffy when it comes to fuel economy. All it states is that its powertrain is capable of delivering over 2,000 kilometers (1,242 miles) of range on 80 liters (21 gallons) of fuel, depending on the vehicle it is used in, i.e. probably not a supercar.

Techrules is currently accepting orders for the Ren and hopes to start production in early 2018. The company is keen to point out that the car’s technology, specifically its powertrain, is modular and can be used for more mainstream models, including sedans, SUVs and even compact cars.

Oh, and in case you wondering what the name signifies, Techrules tells us that Ren in Chinese tradition stands for “humanity and kindness.”