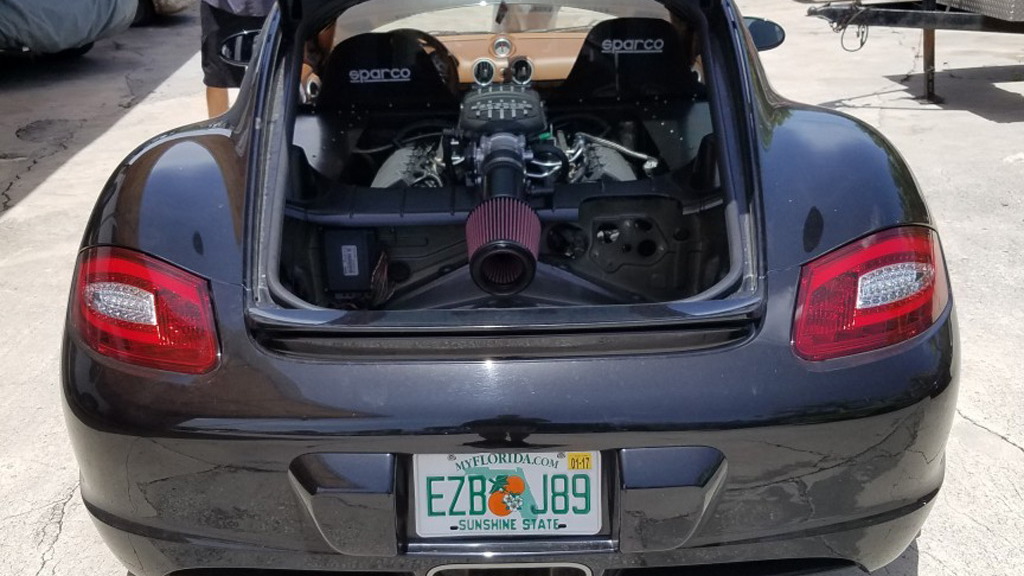 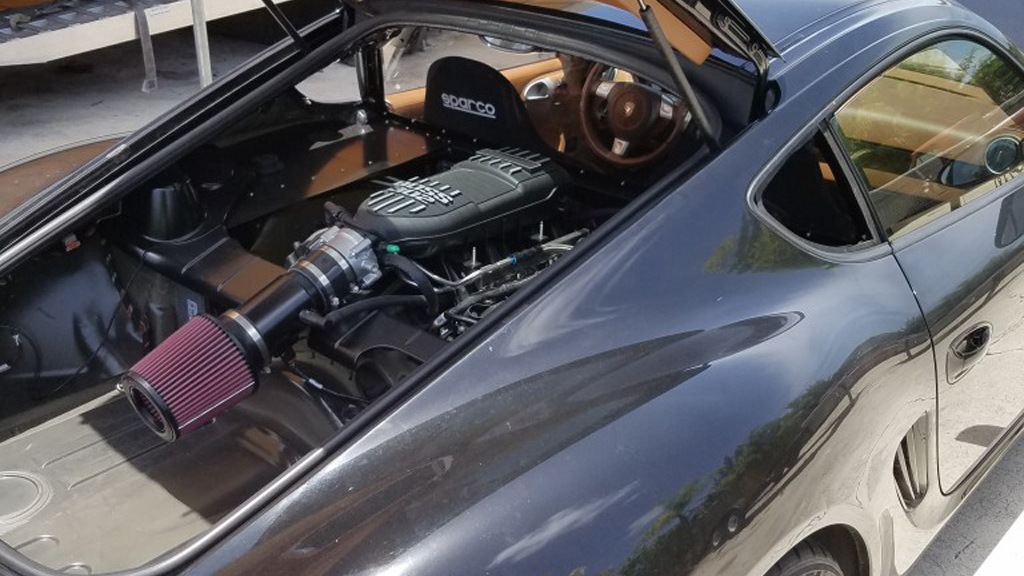 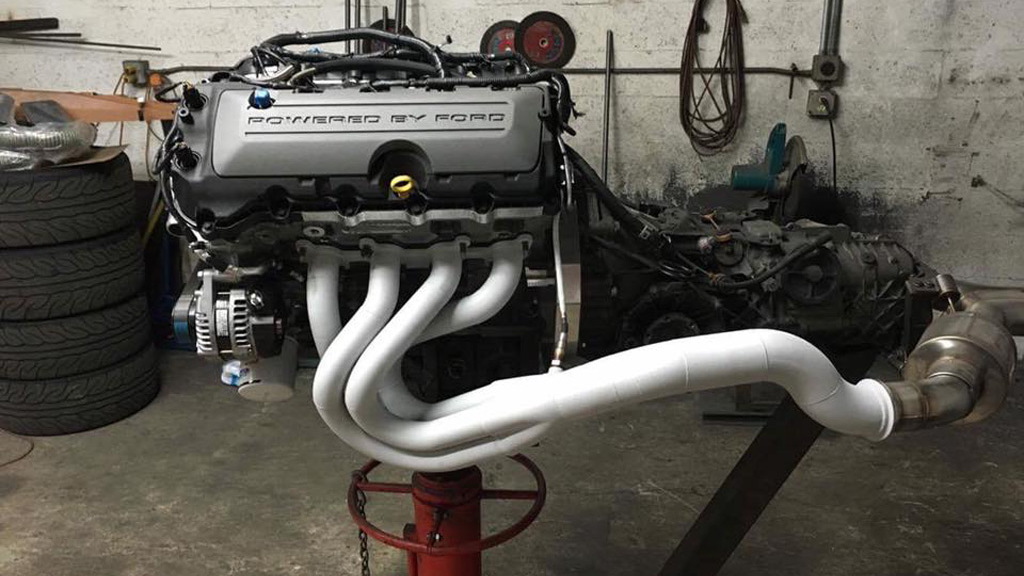 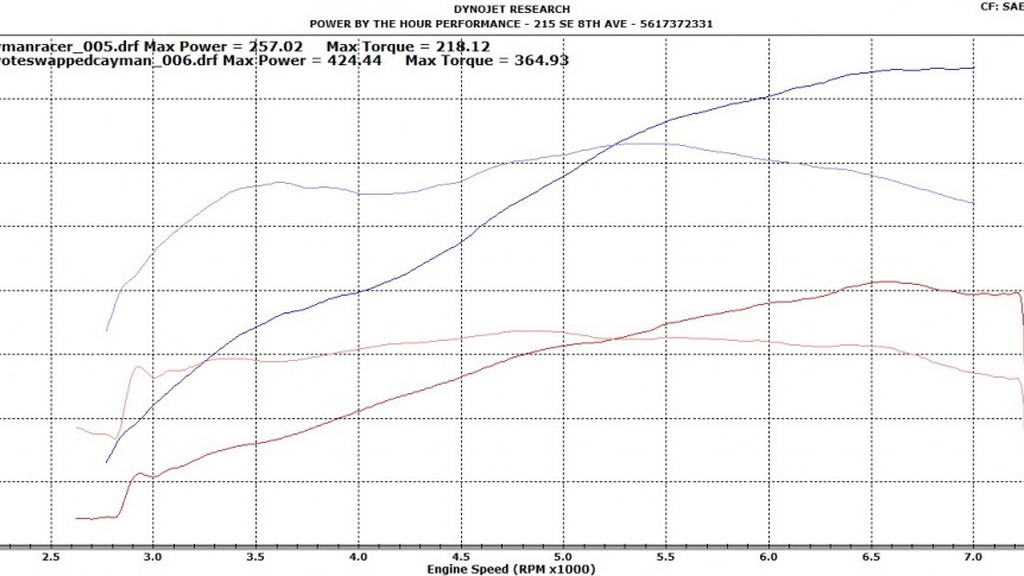 We’ve seen some interesting engine swaps lately, though the latest is perhaps the most ambitious.

First discovered by Road & Track, it’s a Porsche Cayman that's had much of its internals removed so a Ford Motor Company [NYSE:F] 5.0-liter V-8 could be squeezed in.

As the photos show, the V-8 is the one that featured in the fifth-generation Mustang Boss 302. Ford’s been offering it as a crate unit for a while now.

It delivers 444 horsepower and 380 pound-feet of torque in stock form, which you’d think would be enough for a car the size of a Cayman. However, a crazy build deserves crazy power so the engine was tuned.

The owner recently took the car to Power By The Hour Performance of Boynton Beach, Florida to get it dyno tested and the results show it’s delivering 424 hp and 364 lb-ft of torque—at the wheels! A Cayman with a stock flat-6 was tested to compare the performance gain, shown in the dyno charted provided.

Power By The Hour didn’t perform the build but if you’re interested in a Ford 5.0-liter V-8 swap, the company has products geared to do exactly that. It offers all the parts you need including the actual engines as well as transmissions, fuel systems, exhausts, and so on.