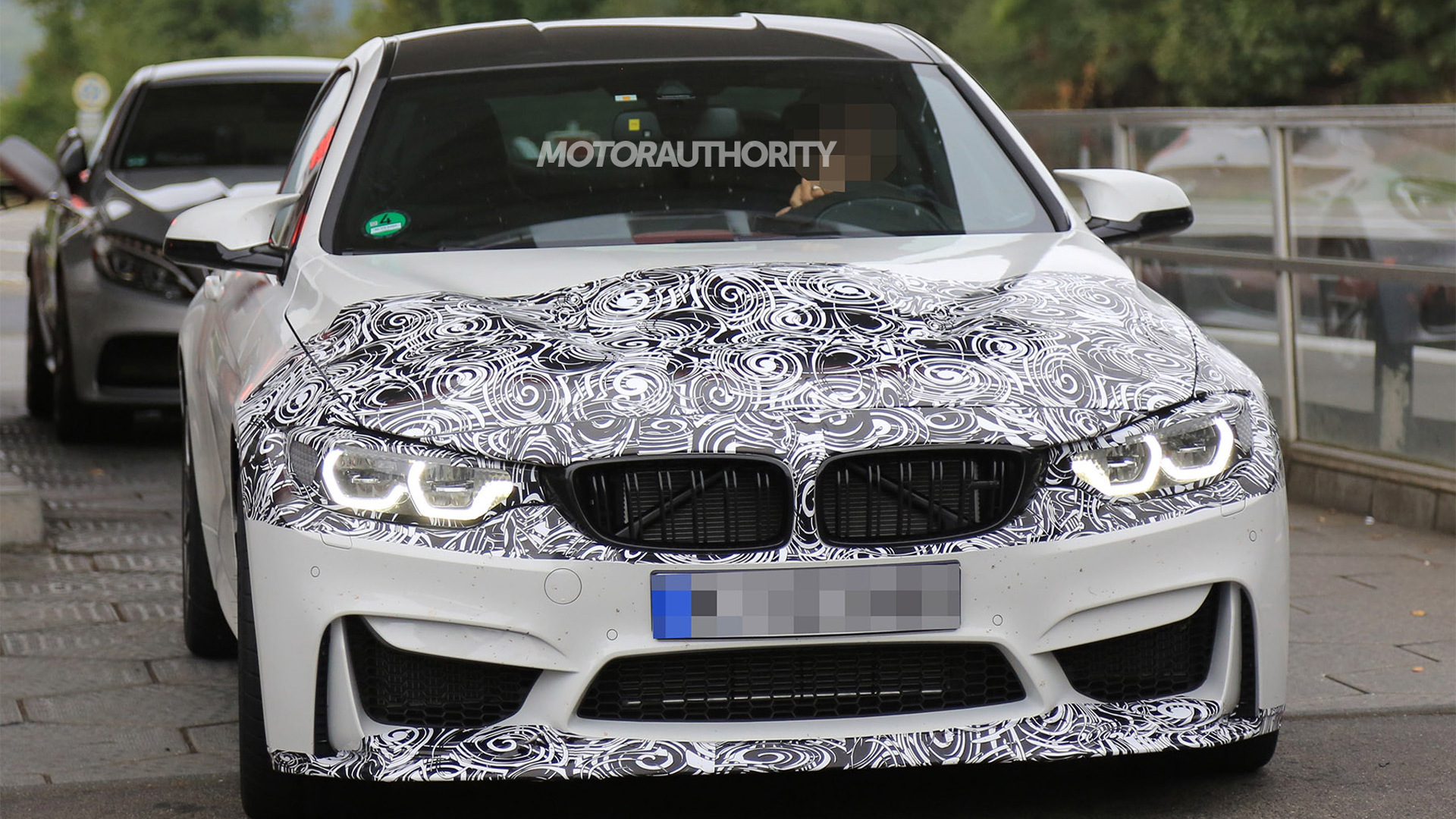 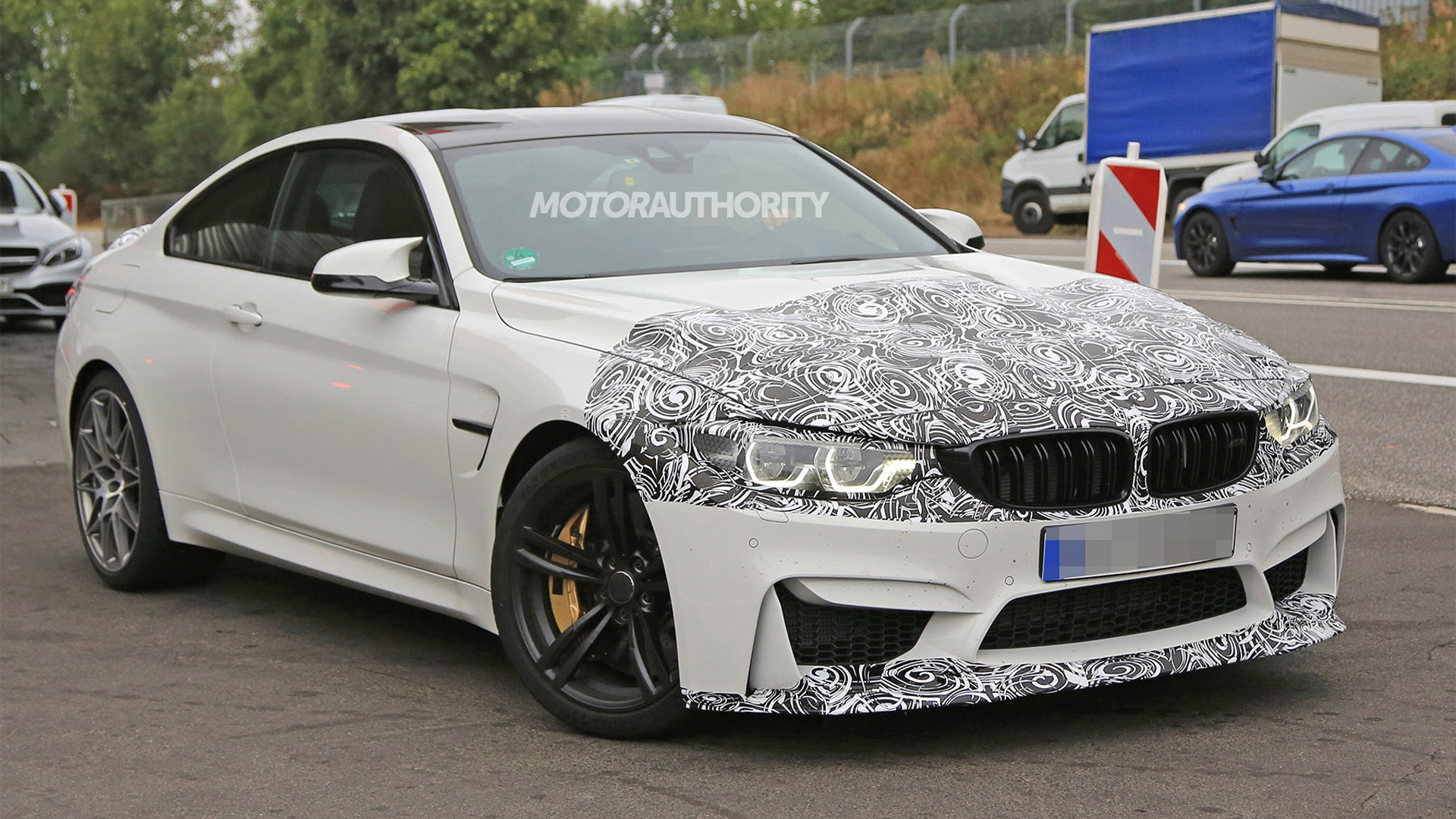 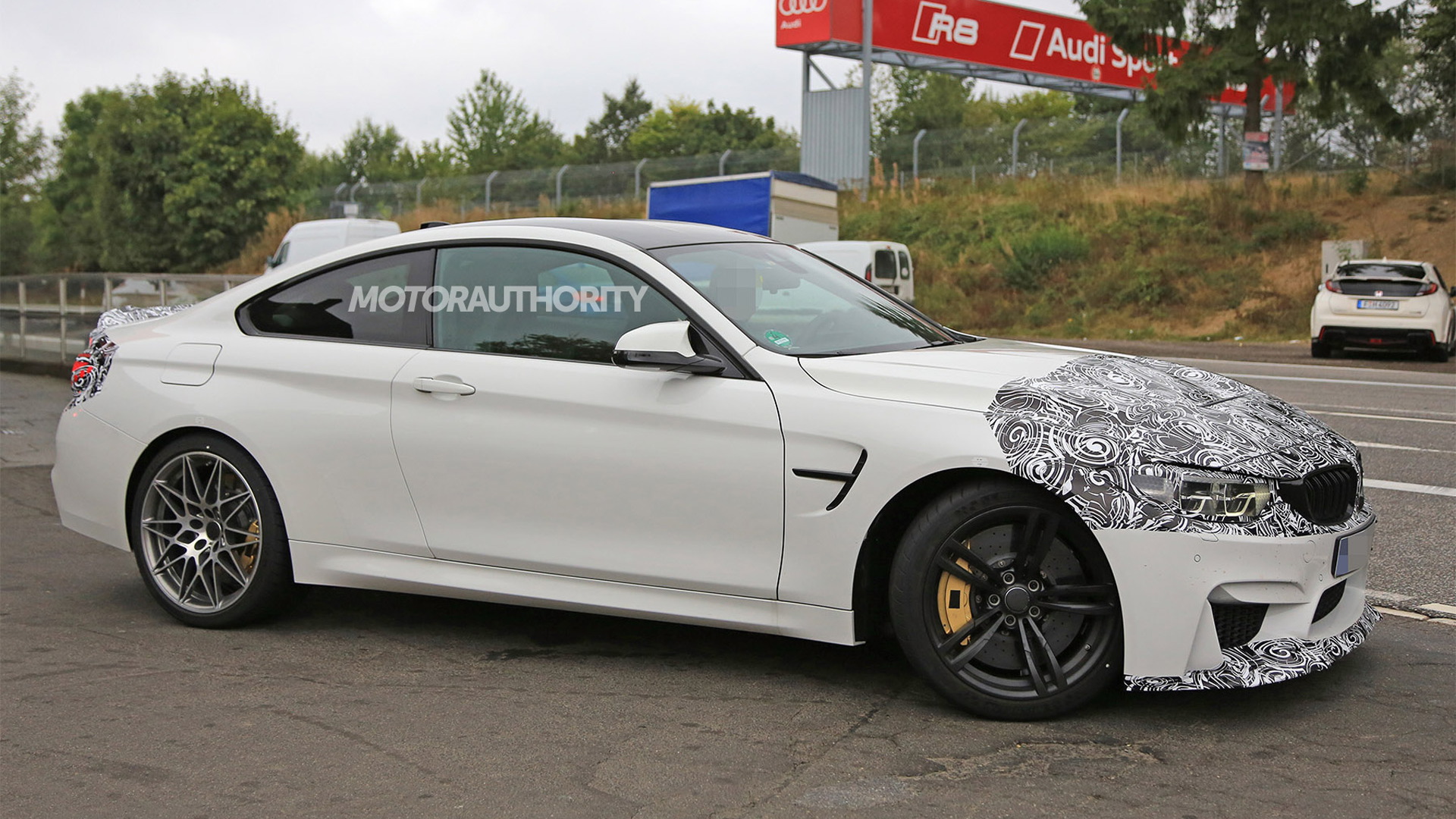 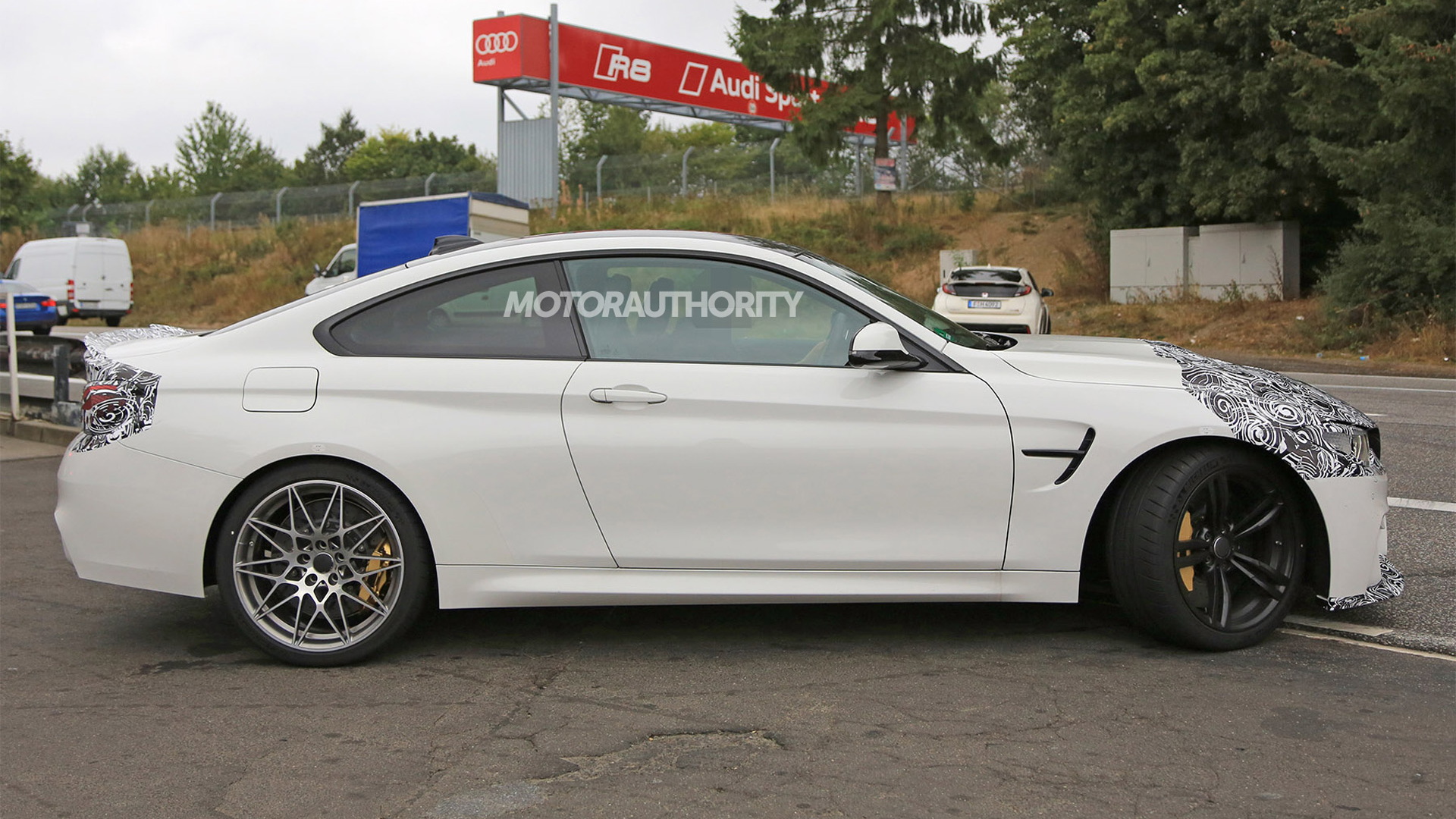 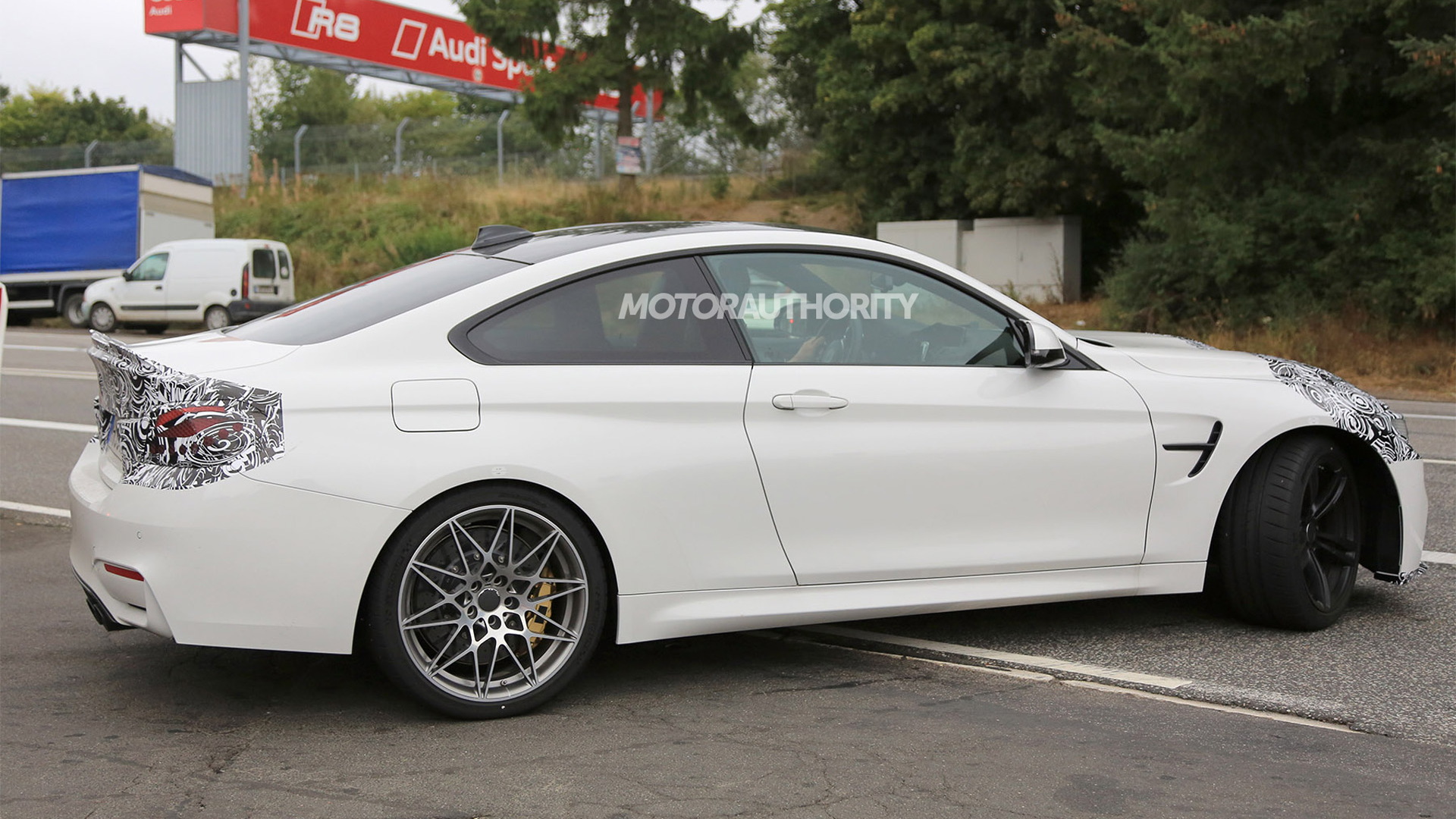 A prototype for an updated version of the BMW M4 has been spotted once more.

The changes are part of a mid-cycle update planned for the entire 4-Series range.  The cars should be introduced in 2017, as 2018 models.

The prototype reveals that the updated M4 will be receiving some of the mods fitted to the high-performance M4 GTS, such as that model’s front lip spoiler and vented hood.

The updated M4 also looks to be receiving some tweaks to the lights in the form of new graphics. The tweaked lights will be common across the updated 4-Series range.

It’s not clear what mechanical mods are planned though the addition of the M4 GTS hood may hint at an uprated powertrain. The M4 GTS features the same turbocharged 3.0-liter inline-6 as the M4 but delivers an impressive 493 horsepower and 442 pound-feet of torque, thanks in part to a water-injection system.

While we don’t expect the car to adopt the water-injection system, we may see power lifted to 444 hp, up from the current 425 hp. At present, the 444-hp rating can be added by ordering the Competition Package announced for the 2017 model year.

In the cabin, we can expect some new trim options including possibly some lightweight options like those in the M4 GTS, such as the lightweight seats and center console.

This should be the final update for the M4 before a successor is introduced. A new 3-Series arrives in 2017, and a new 4-Series, including a new M4, should follow a year or two later.

Note, BMW M engineers are also developing a new GT4-spec race car based on the M4. Spy shots of a prototype can be viewed here.