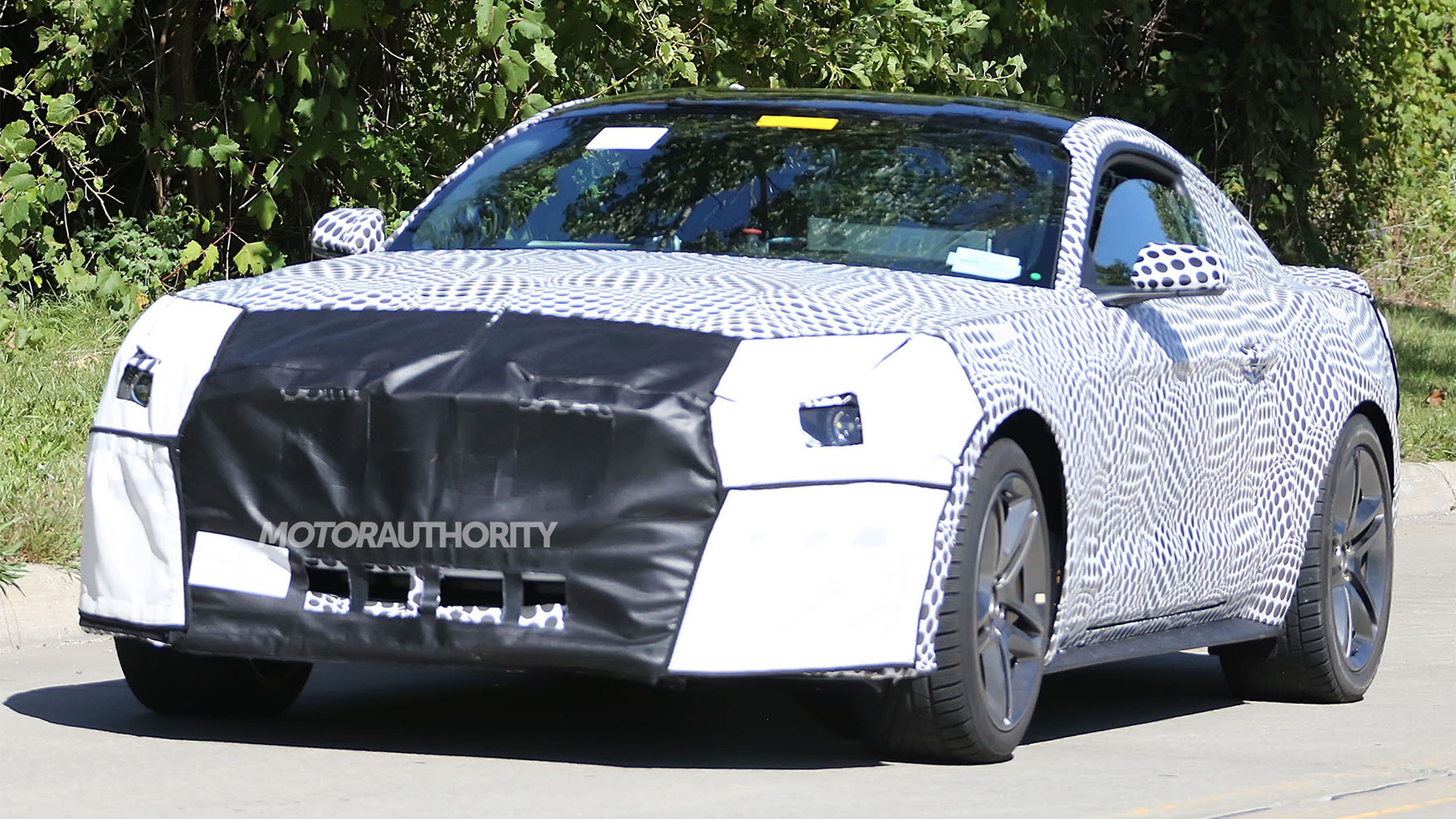 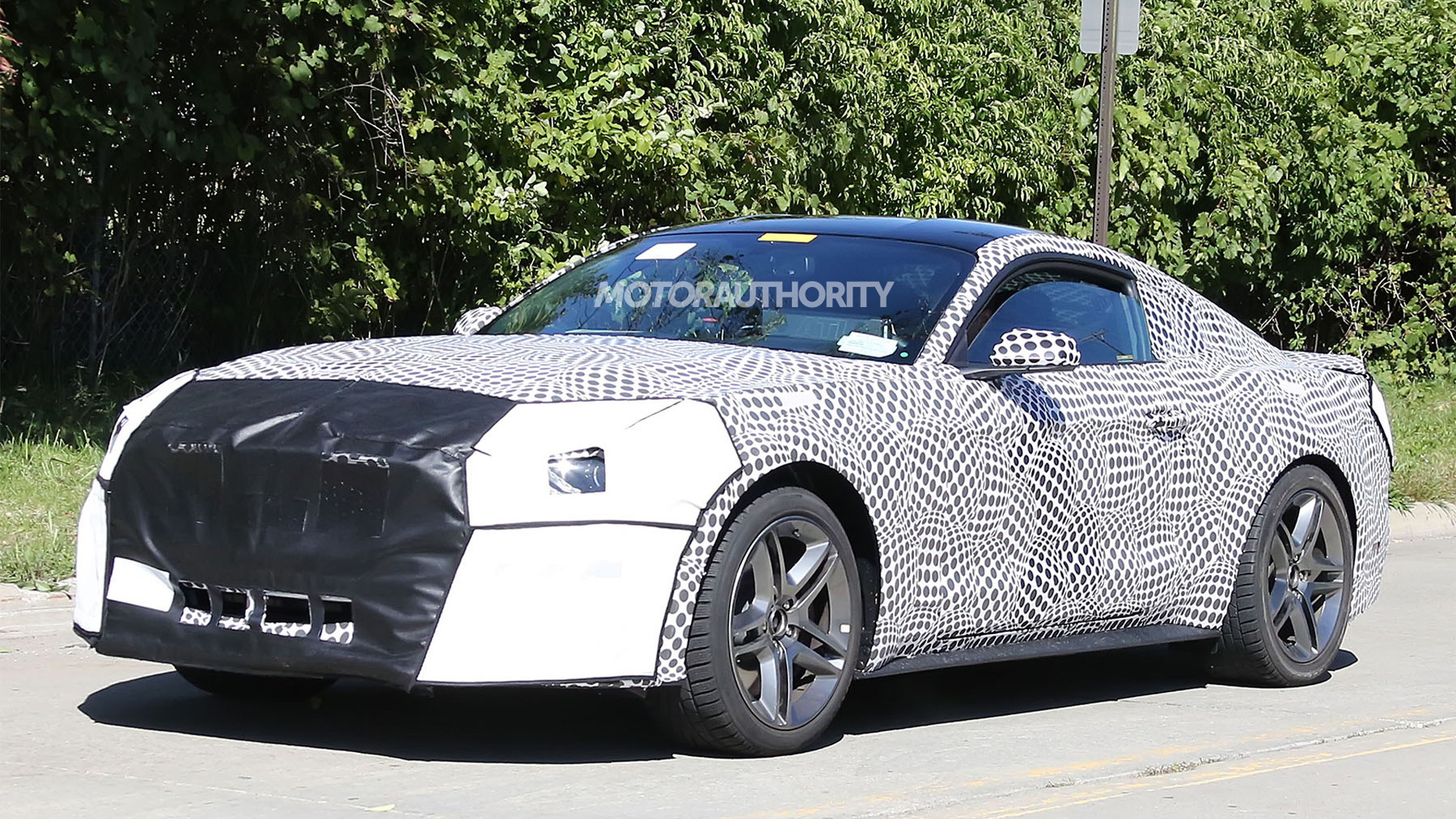 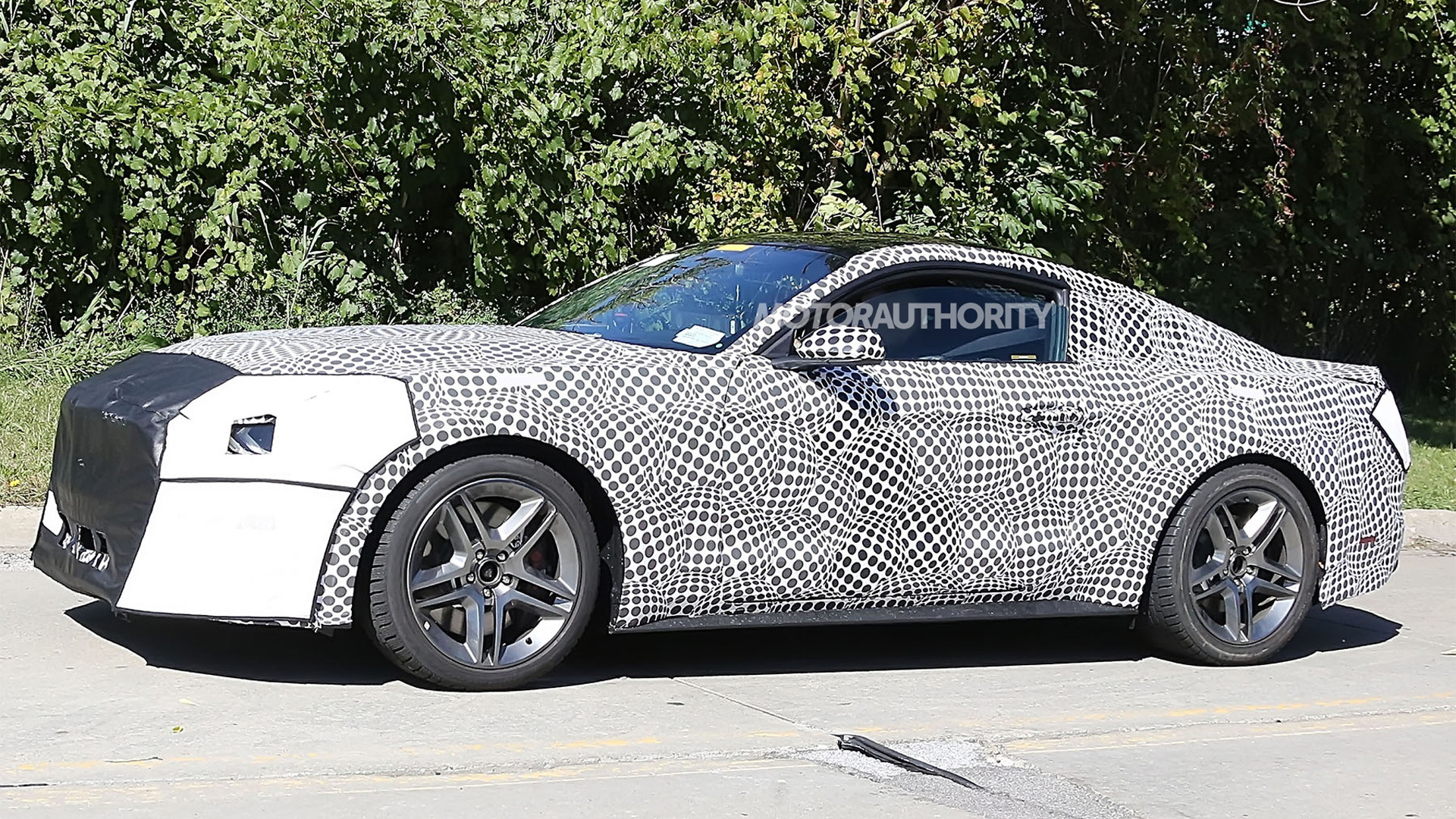 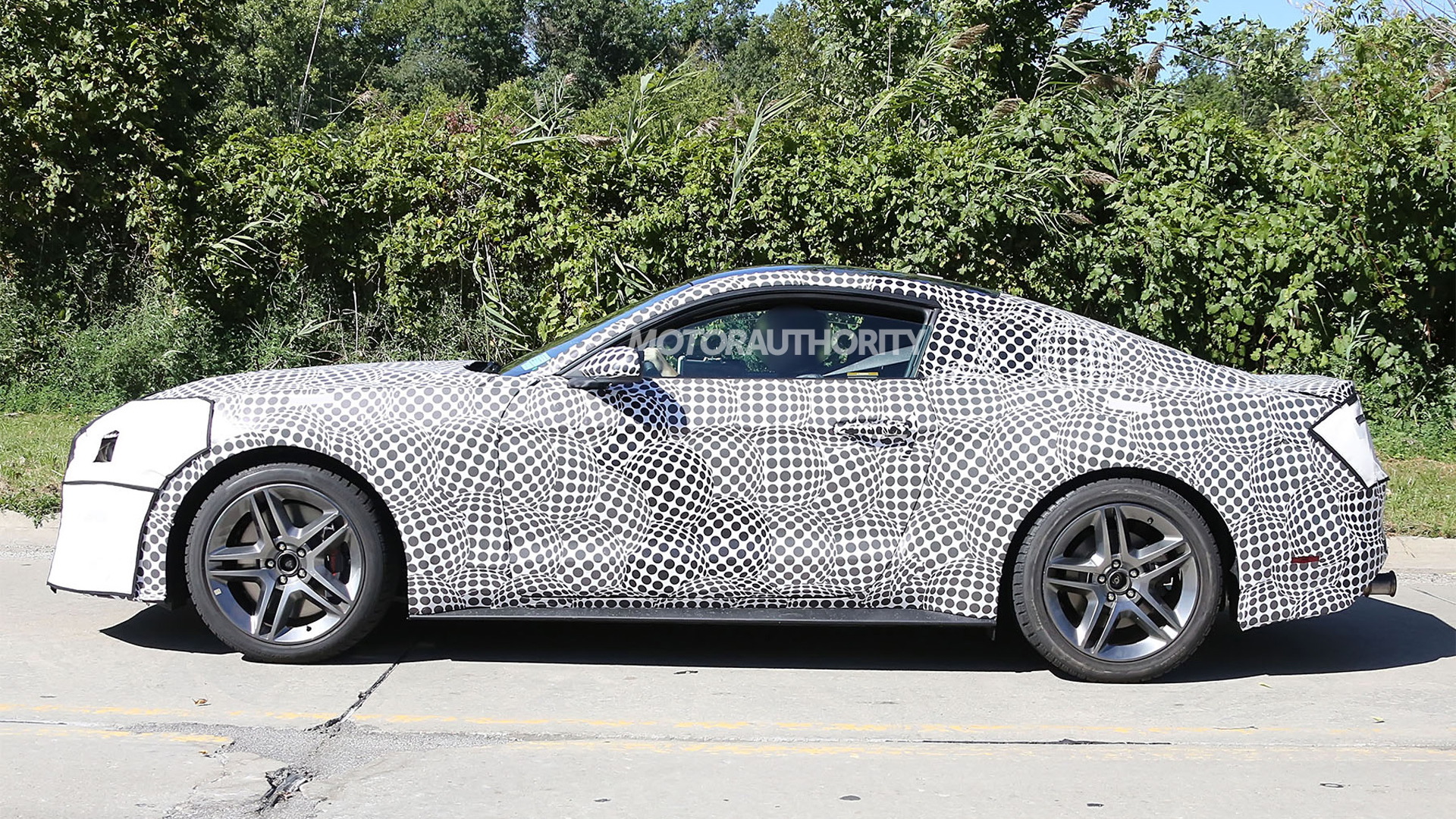 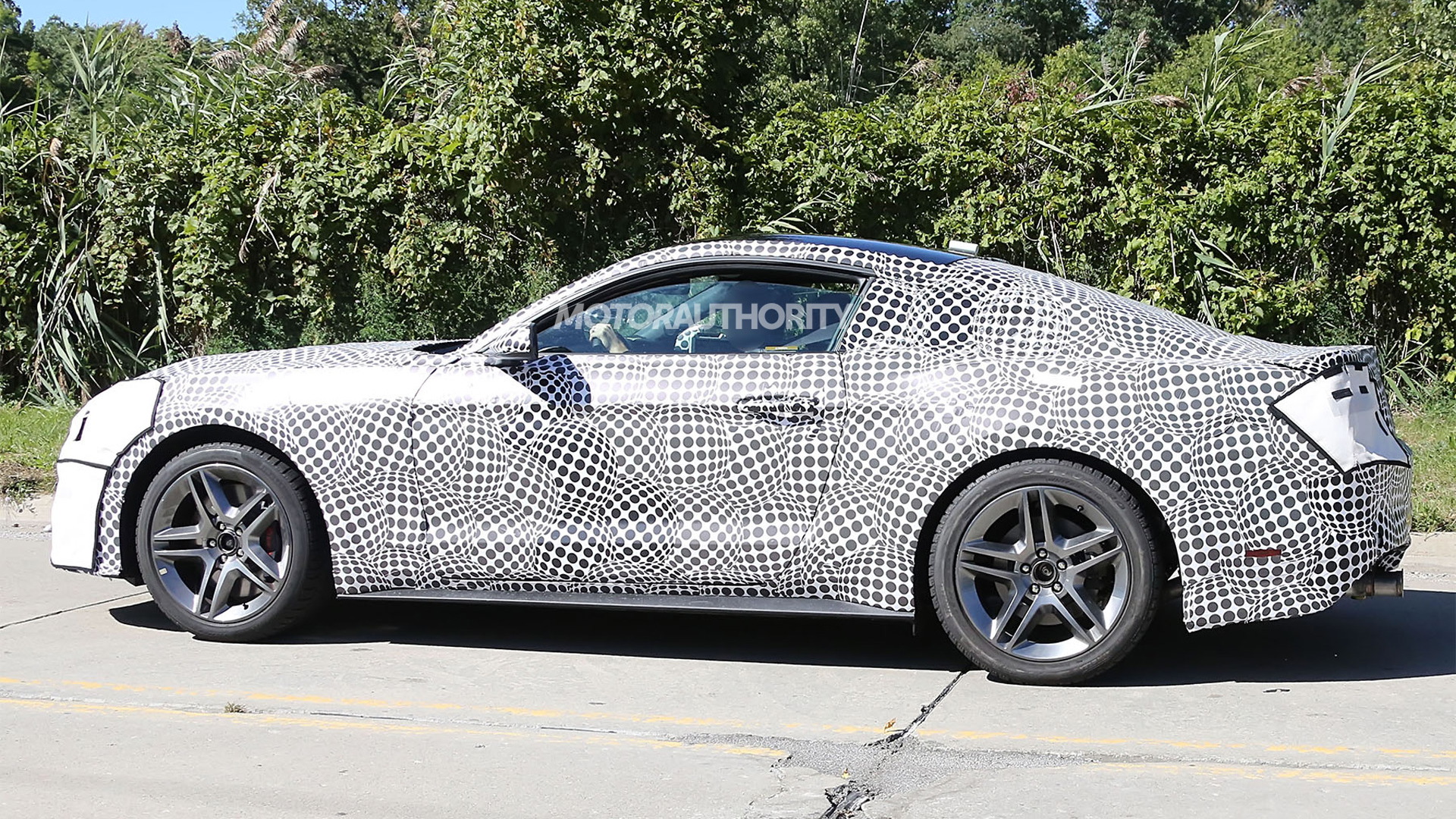 Feast your eyes on the first photos of a prototype for the facelifted Ford Motor Company [NYSE:F] Mustang.

Being a facelift, the visible tweaks should be minimal. Nevertheless, Ford engineers have gone to great lengths to mask any changes.

From what we can gather, there will be tweaks made to the headlights. The shape of the enclosure won’t be changing but the internal graphics are likely to be updated.

The bumpers will also receive a revised look. The most dramatic change will be a new design for the lower section of the front bumper, which is expected to take on an “A-wing” shape for the front splitter.

Of more interest to performance fans will be the mechanical changes made. Expect the new 10-speed automatic developed by Ford and General Motors Company [NYSE:GM] to appear as an option on high-end models, while the current 6-speed automatic should remain on lower-spec cars. The 10-speeder has already appeared in the 2016 Chevrolet Camaro ZL1 and is said to shift quicker than Porsche’s dual-clutch transmission. The good news is that a 6-speed manual will remain standard on most models.

The current portfolio of engines should carry over, perhaps with some tweaks for improved power and gas mileage. The Mustang V-6 makes do with 300 horsepower; the Mustang EcoBoost with 310 hp; and the Mustang GT with 435 hp. There are also the Shelby GT350 and GT350R models with 526 hp on tap.

The updates should continue to shore up what is already a strong seller for Ford. The Mustang has been outselling the Camaro for the past 22 months, and we’re not talking a small gap here. In August 2016, Ford sold 8,299 Mustangs versus Chevy’s 5,604 Camaros.