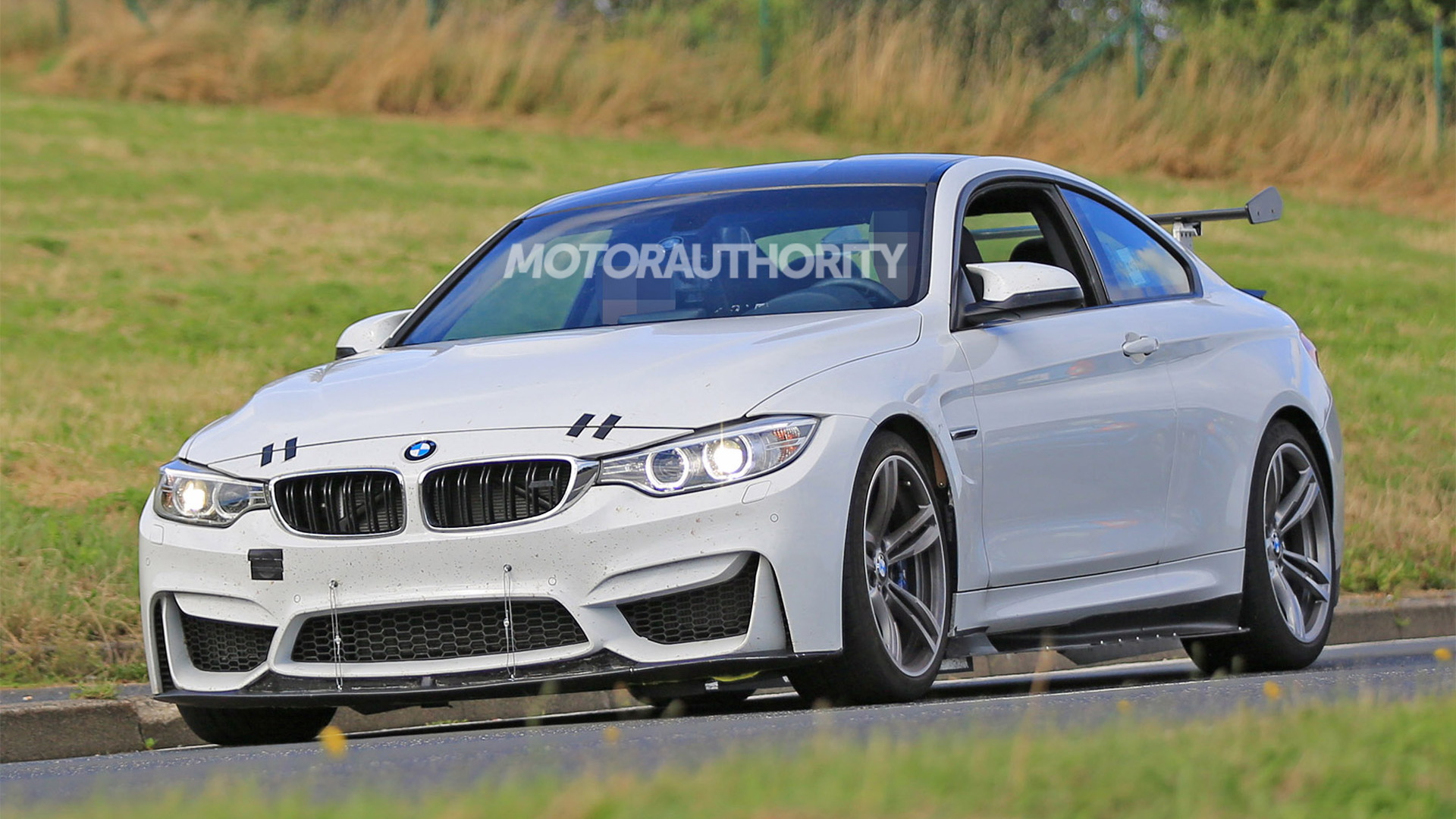 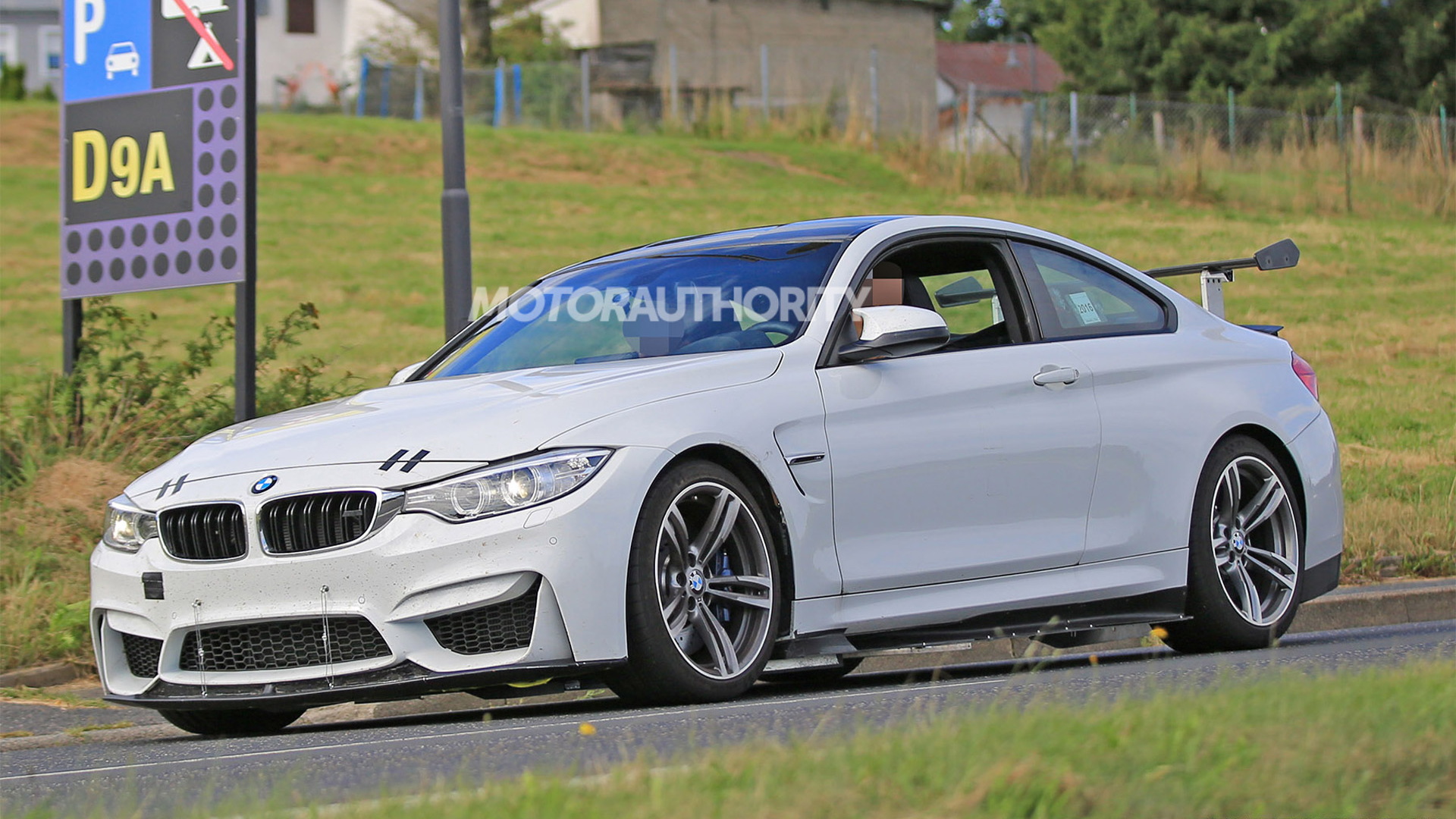 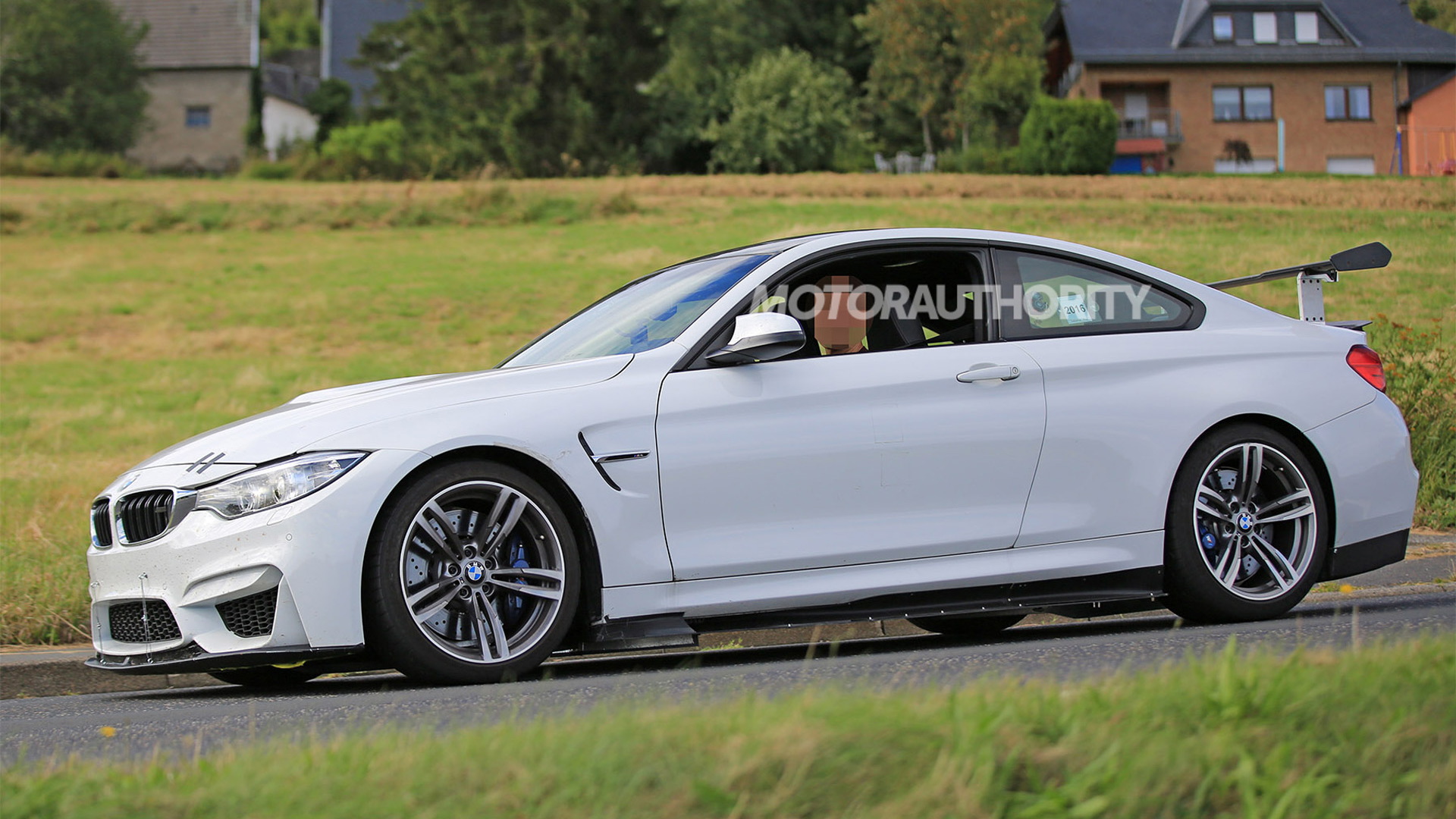 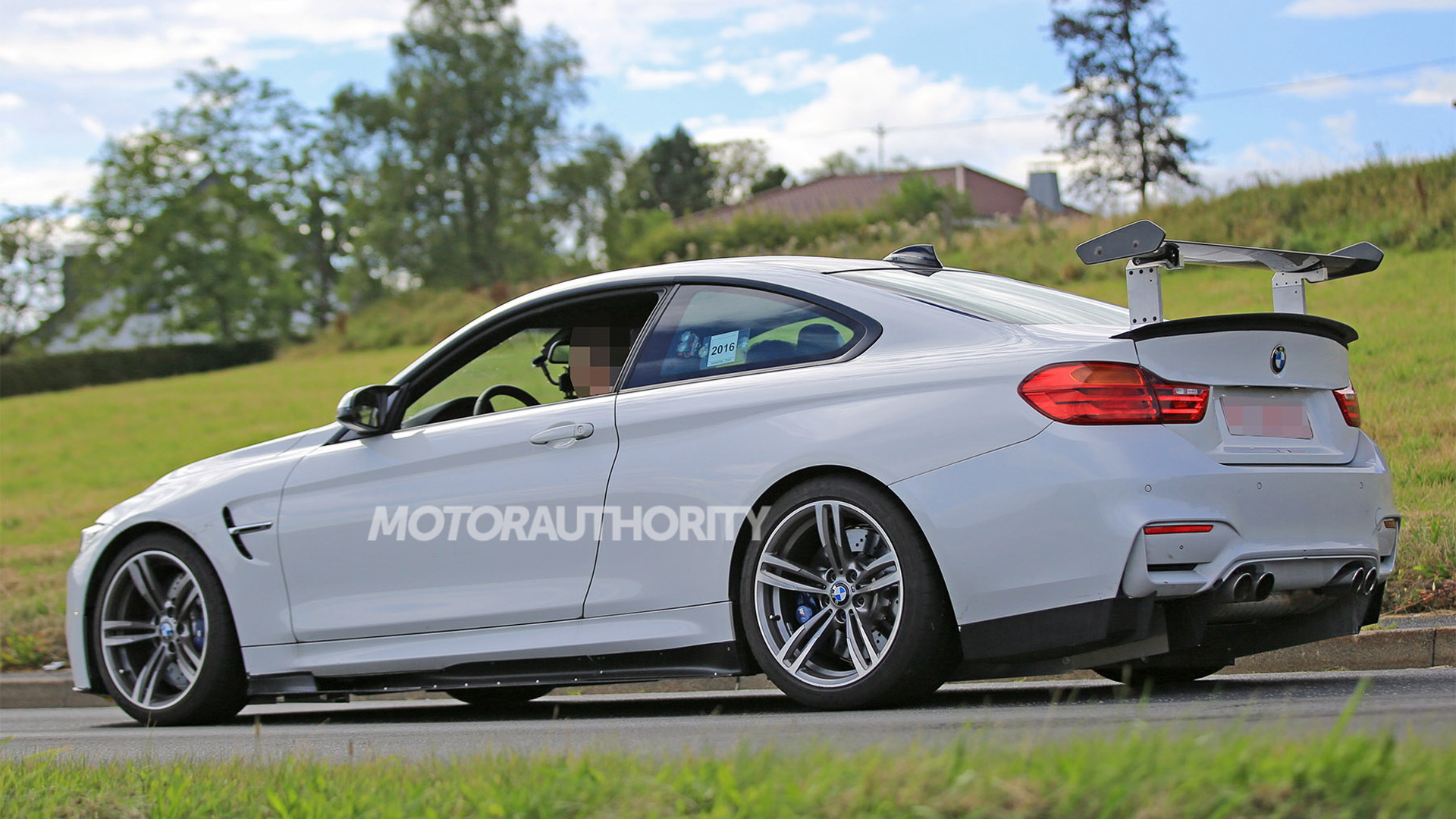 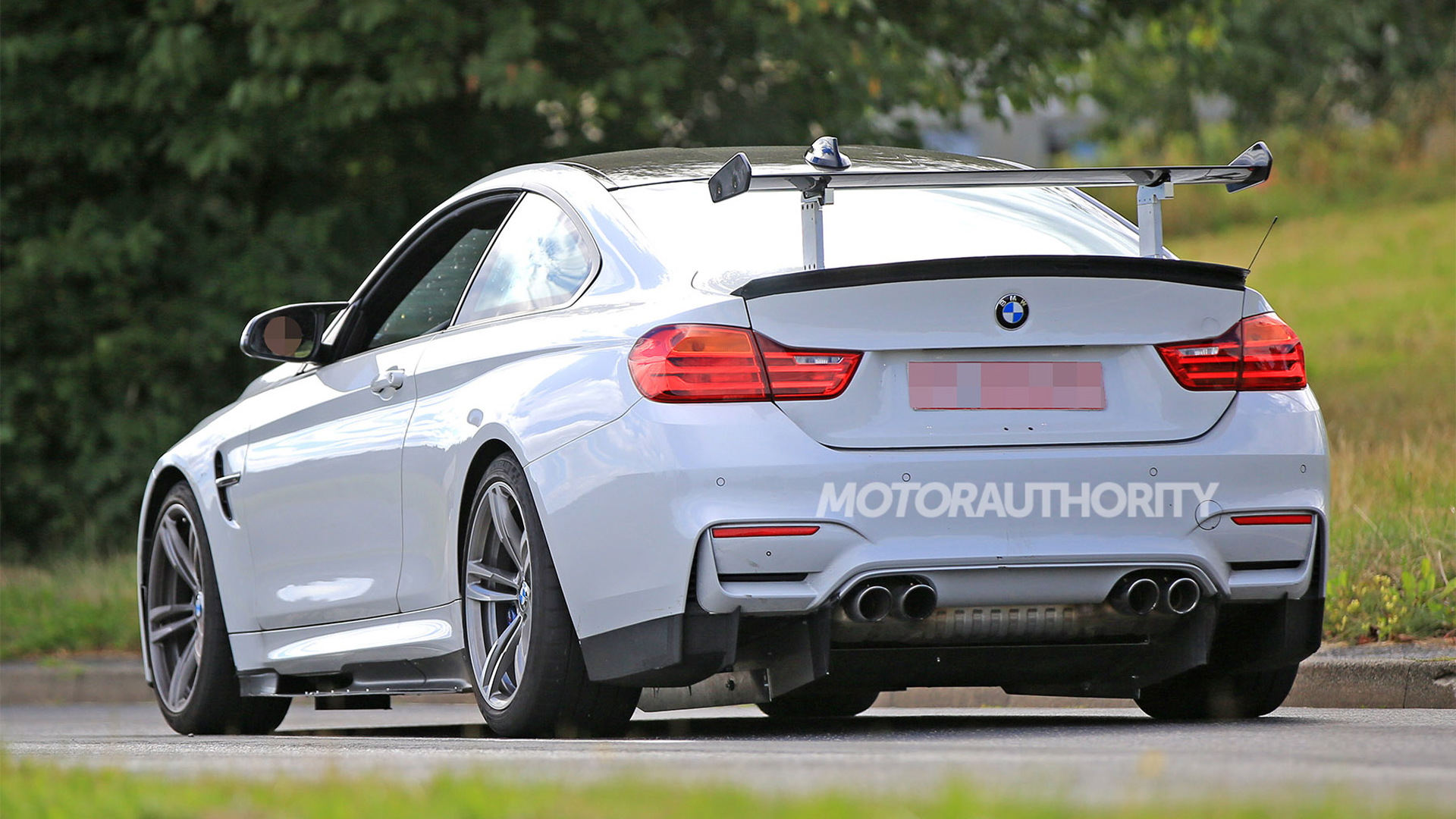 A prototype for BMW’s new race car based on the M4 has been spotted for the first time.

The race car is being developed in line with FIA GT4 regulations and will make its competition debut in 2018.

To keep costs and reliability in check, the M4 GT4 race car will be closely aligned with its road-going counterpart, which is set to receive a few updates next year.

Clues that give away the identity of this prototype include the extremely low ride height and numerous aerodynamic elements previously seen in an official teaser (shown below). The latter includes the new front splitter, side skits, rear diffuser and rear wing.

BMW has confirmed that the drivetrain, including electronics, has been taken from the road-going M4, meaning a twin-turbocharged 3.0-liter inline-6 delivering at least 425 horsepower to the rear wheels. Also borrowed from the road-going M4, in this case the limited edition M4 GTS, are several carbon-fiber-reinforced plastic panels such as the hood and roof.

Inside should be the usual racing paraphernalia such as a roll cage, bucket seat with harness, and fire suppression system.

BMW says the M4 GT4 has been designed to meet regulations for various GT4 competitions held in Asia, Europe and North America. Its first race will be the 24 Hours of Dubai in January 2018.

Although it’s yet to be confirmed, it’s possible the M4 GT4 spawns a road-going version, perhaps a limited edition model akin to the M4 GTS to celebrate the end of the current M4’s run. Recall, a new 3-Series arrives in 2017, and a new 4-Series, including a new M4, should follow a year or two after that.