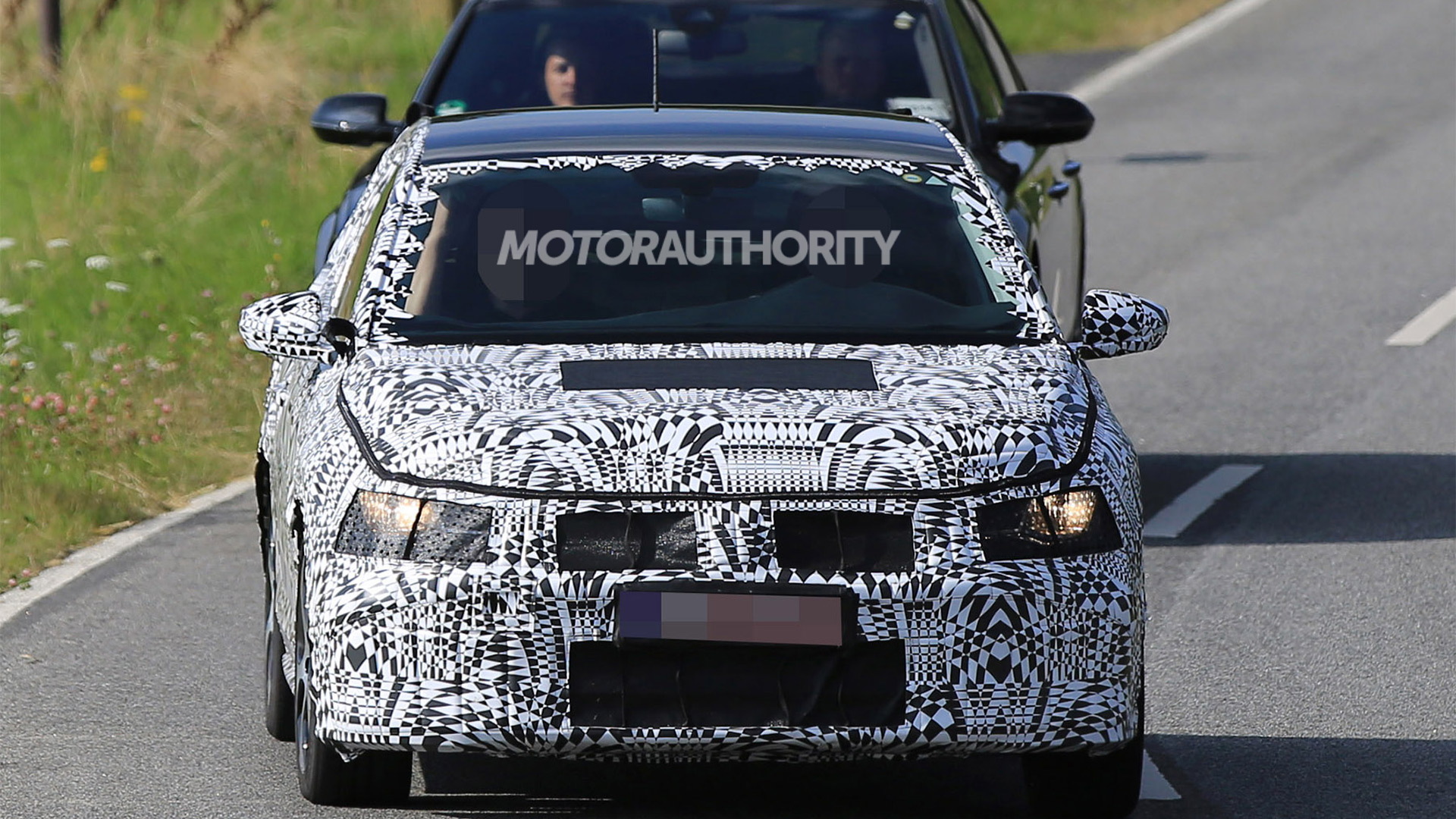 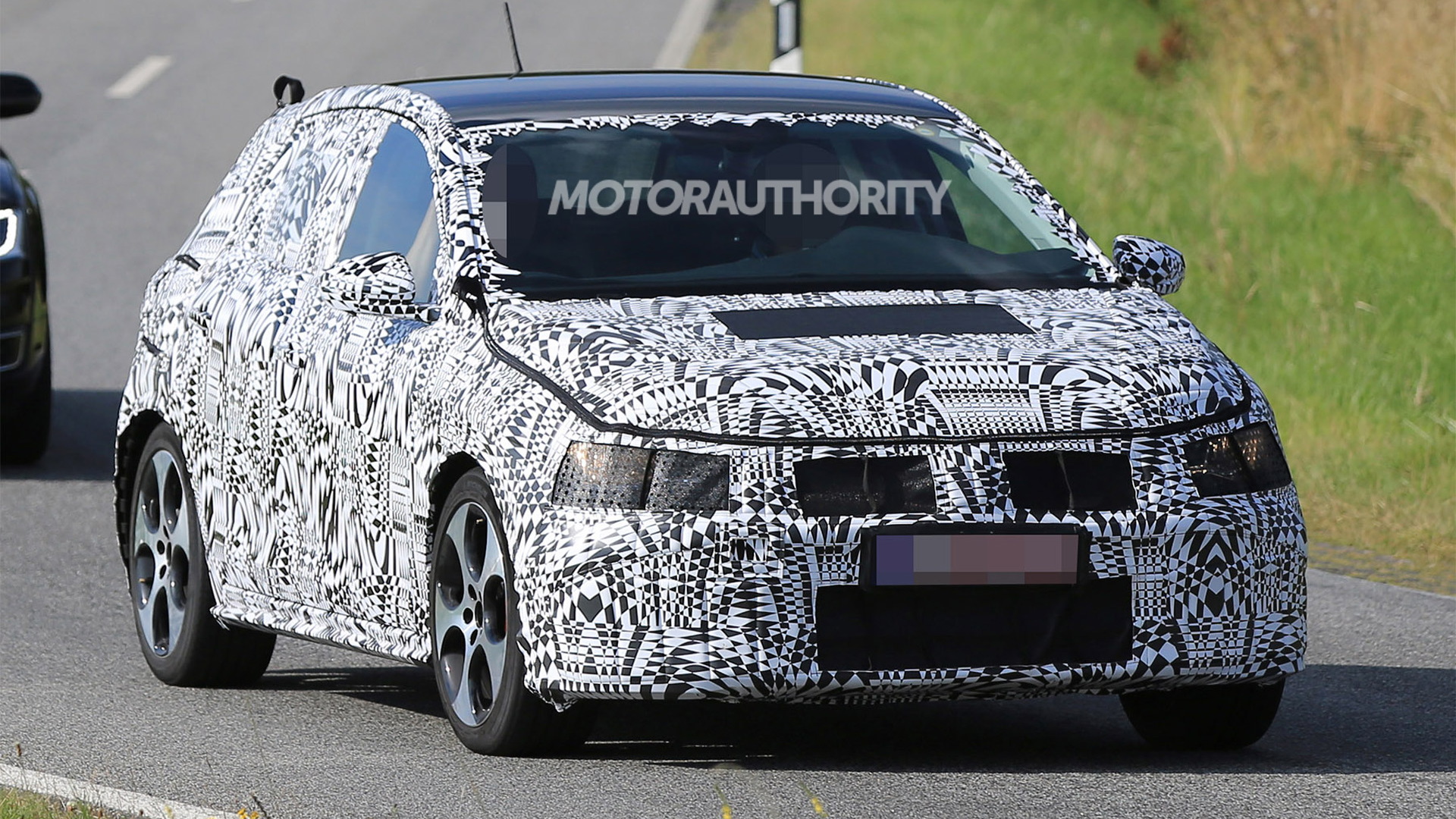 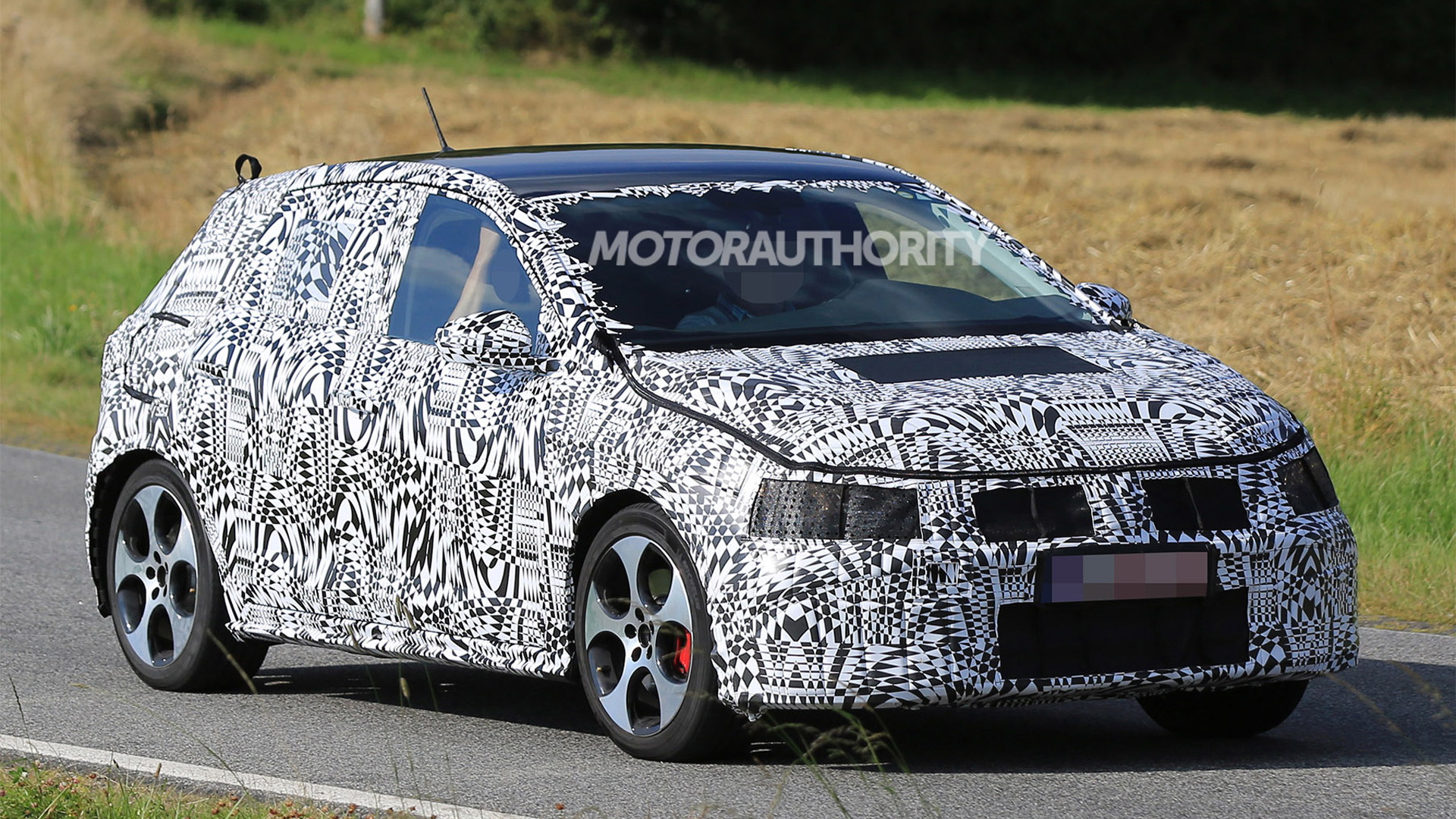 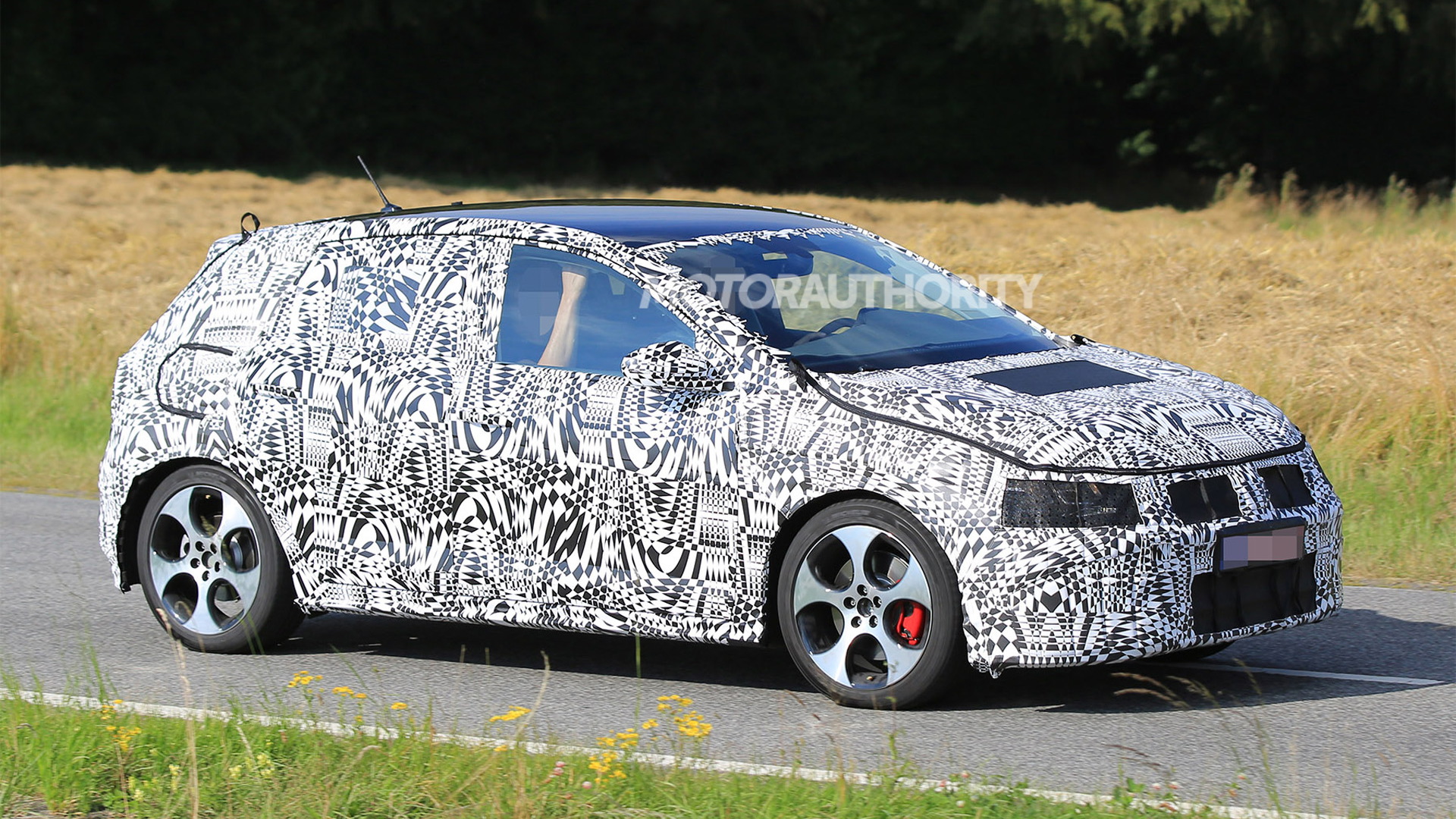 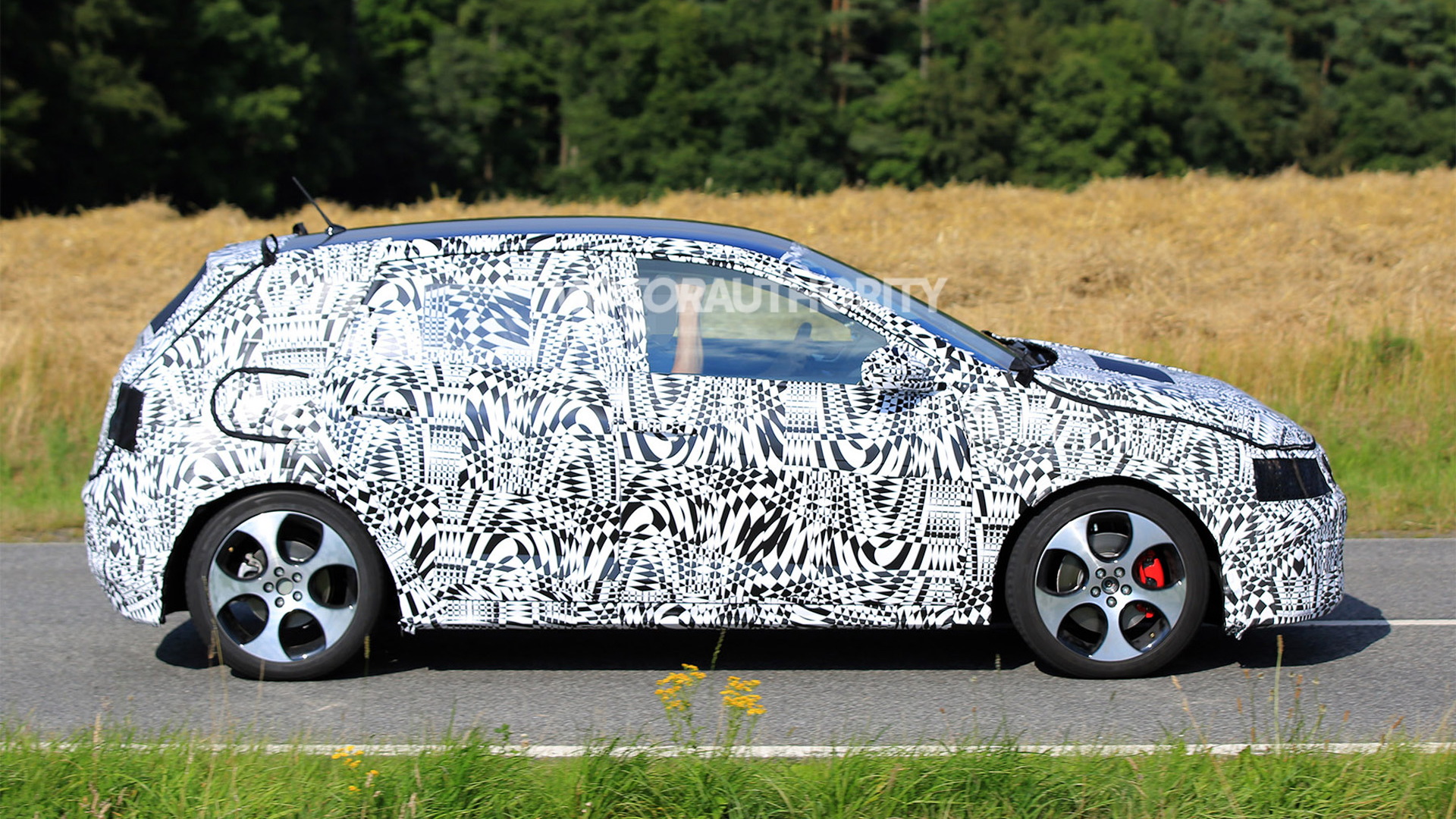 With the recent demise of the Phaeton, Volkswagen’s Polo is now the oldest model in the lineup. The current model was first shown as far back as the 2009 Geneva auto show.

A successor is in the works and today we have our first look at one of the prototypes. This particular prototype is for the sporty GTI model. We also have spy shots of the regular model.

We know it’s the GTI because of the low ride height, signature wheel pattern, and sporty, chrome-finished exhaust tips.

The new Polo, the nameplate’s sixth generation, is due out in 2017. The GTI should trail the regular model by about a year.

It will be based on a downsized version of the MQB platform found in the current Golf. The platform is flexible enough to spawn everything from this subcompact Polo right up to the mid-size, three-row SUV that VW will start building at its Chattanooga, Tennessee plant later this year.

Look for a series of turbocharged engines to be on offer, starting with a 1.0-liter inline-3. The GTI will likely adopt the 1.8-liter inline-4 recently added to the current model (shown above). It’s rated at 189 horsepower and 236 pound-feet of torque but could see a small bump for the new GTI. An electric option is also a possibility for the new Polo now that VW is committed to zero-emission vehicles.

The new Polo isn’t expected in the United States. Instead, the automaker will focus on SUVs including a Polo-sized model based on the T-Cross Breeze concept from the 2016 Geneva auto show.

Crucially, the new Polo will be twinned by Audi’s next-generation A1. Unfortunately, this model is also expected to skip the U.S.