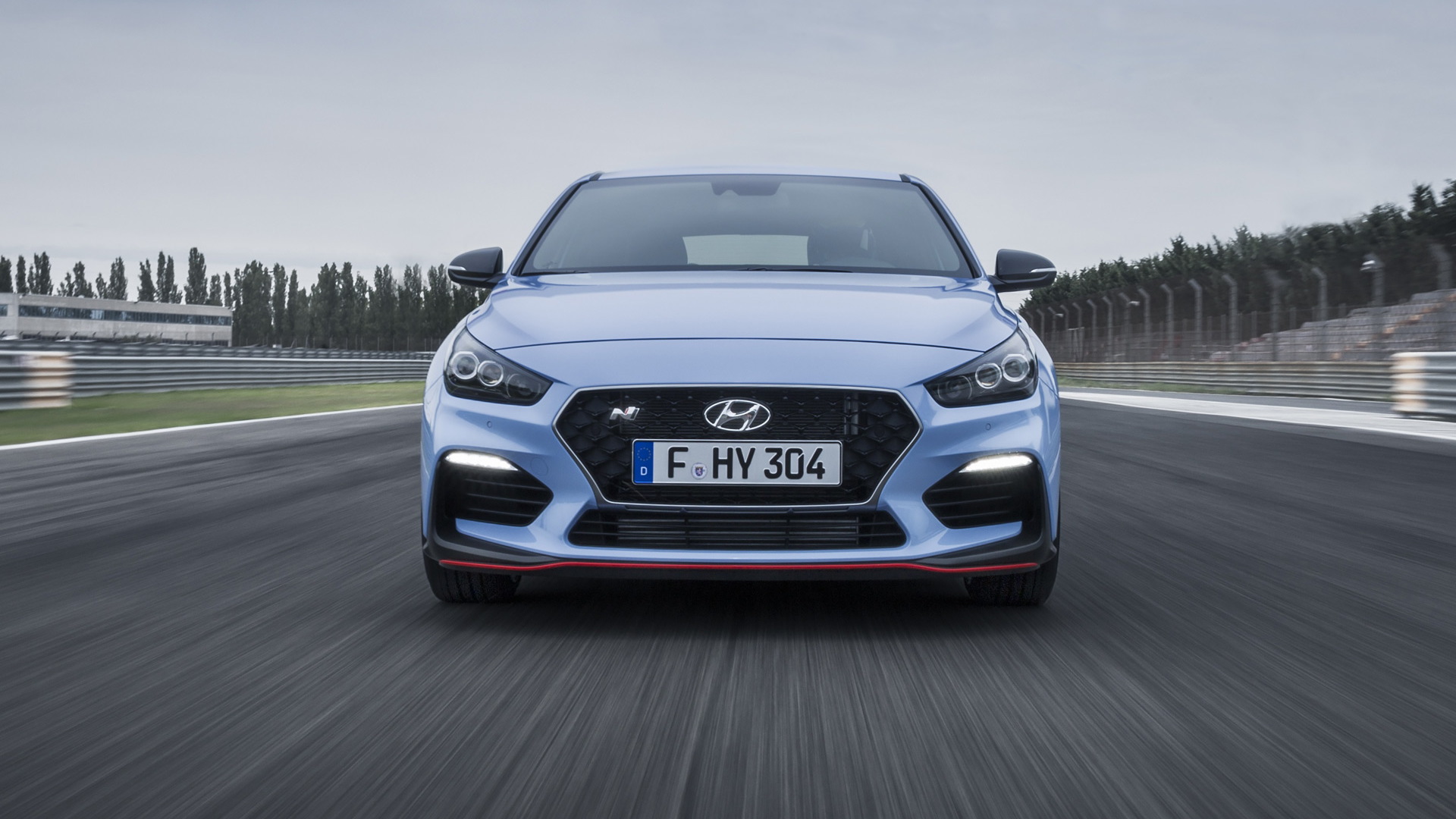 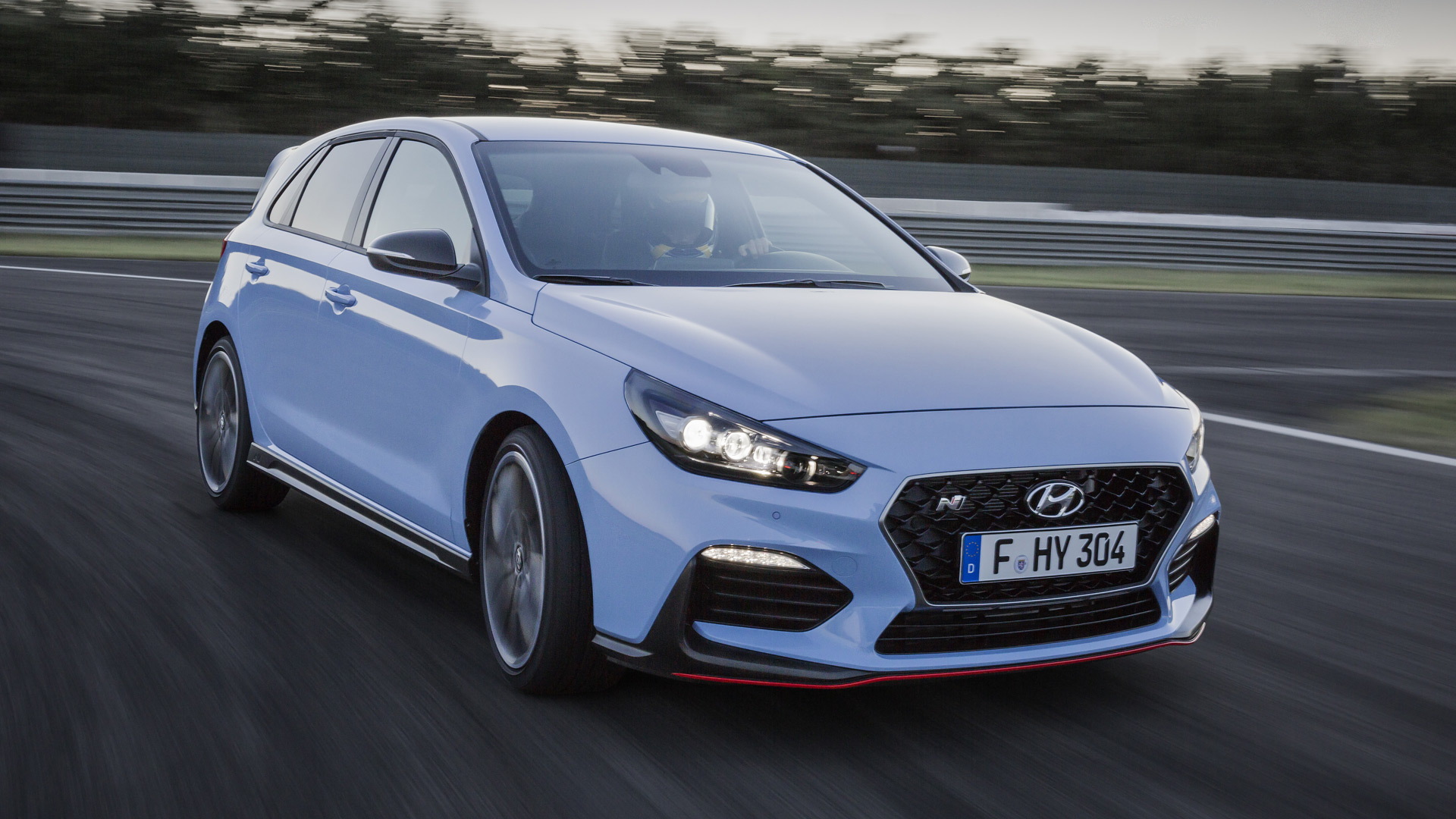 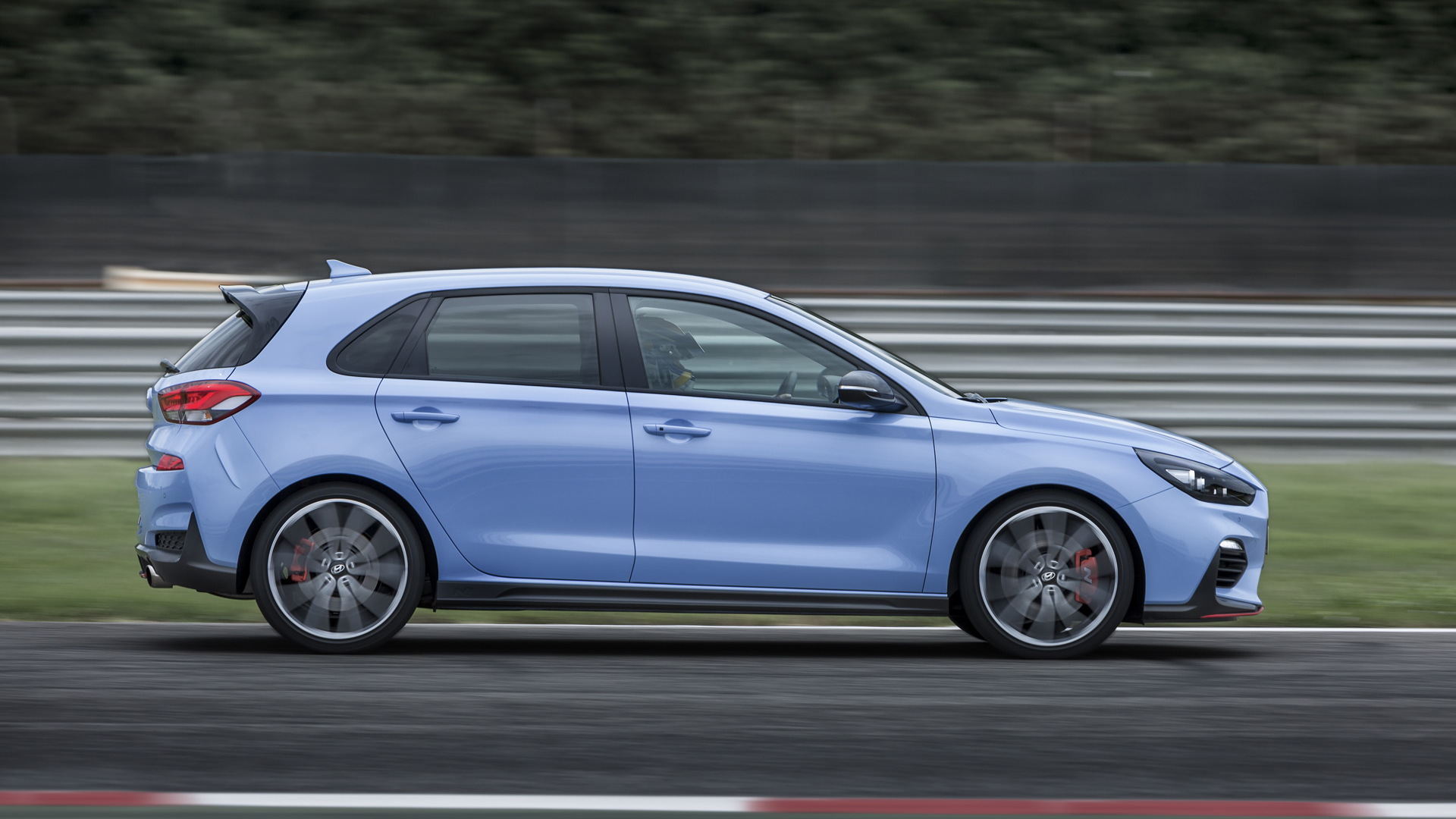 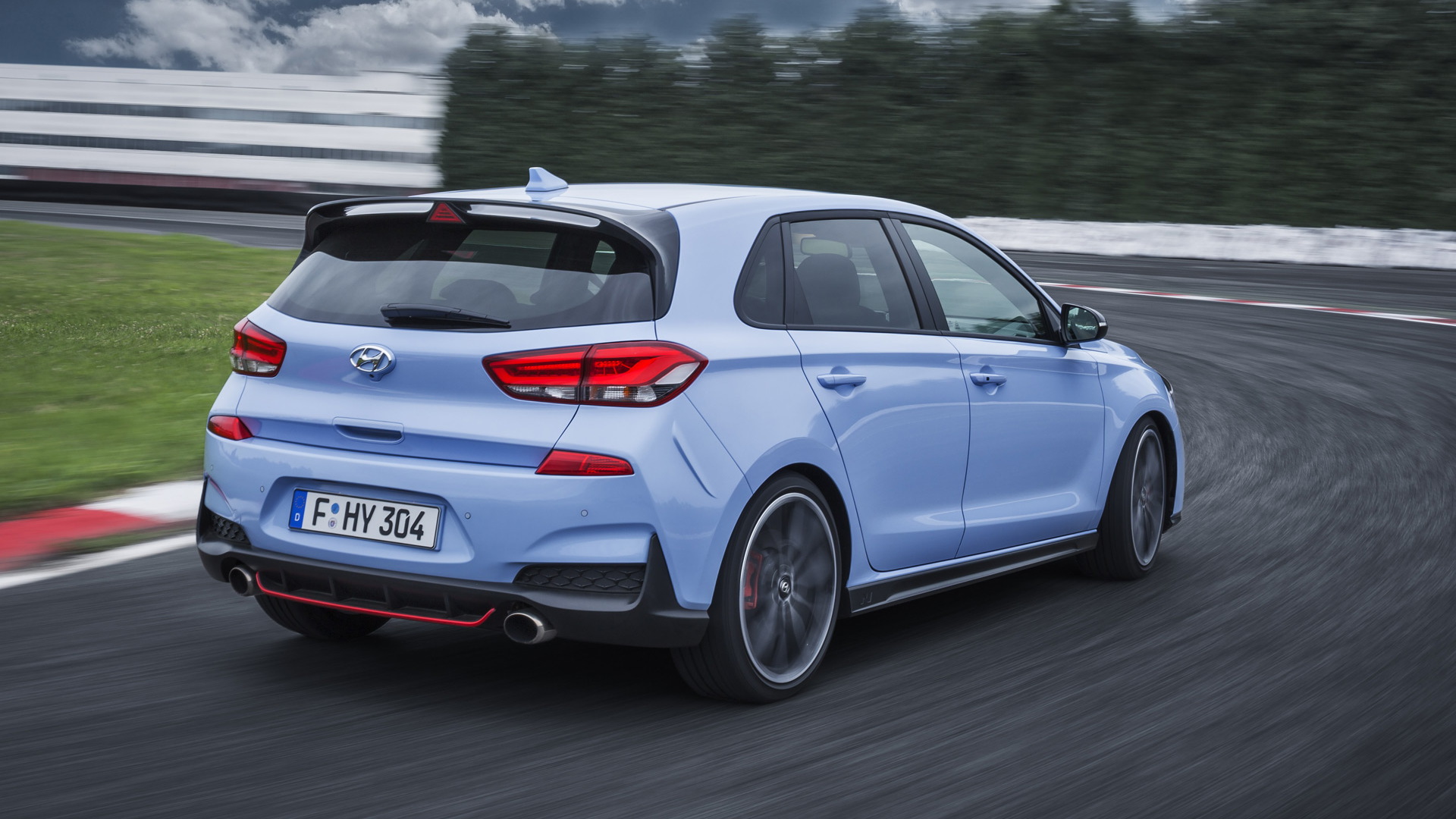 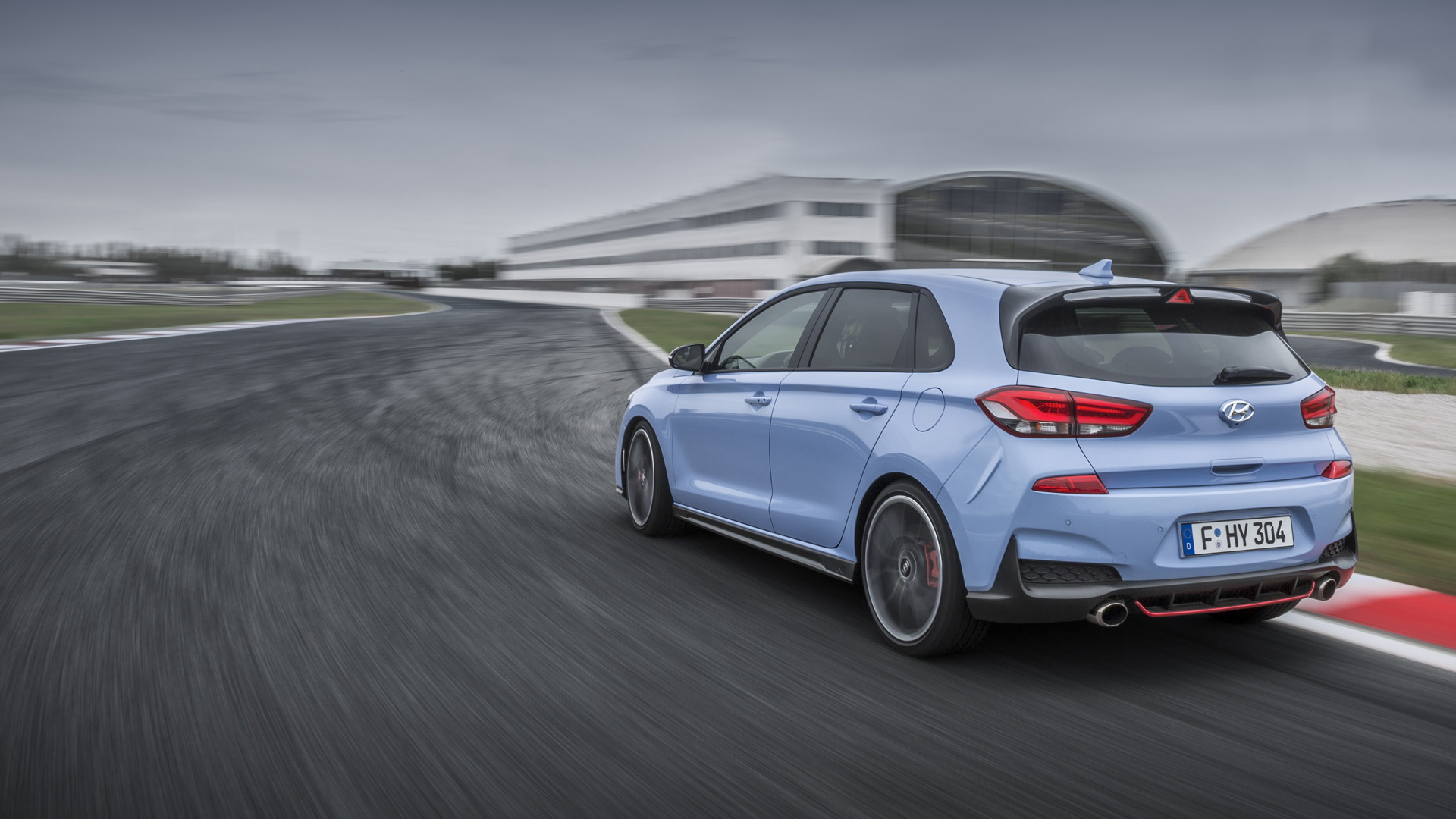 With the reveal on Thursday of its first model, Hyundai's new performance division, Hyundai N, has made its aspirations clear: to directly challenge the mainstream performance marques.

The first model is the i30 N, a hotted-up version of the Volkswagen Golf-rivaling i30 hatchback which is on sale in the United States as the Elantra GT.

Sadly, there are no plans to bring the i30 N to these shores. Instead, we’ll receive another N car, one likely based on the next-generation Veloster.

If the i30 N was sold here, it would challenge the VW Golf GTI and Ford Focus ST. It brings to the fight a 2.0-liter turbocharged inline-4 that, as expected, comes in two guises. The standard tune generates 246 horsepower and 260 pound-feet of torque while an available Performance Package lifts the power to 271 hp but keeps torque at 260 lb-ft. In comparison, the Golf GTI has 220 hp while the Focus ST has 252 hp.

The standard model will accelerate to 62 mph from rest in 6.4 seconds while the model equipped with the Performance Package will drop the time to 6.1 seconds. Both have a top speed of 155 mph.

Like its rivals, drive in the i30 N goes to the front wheels only, via a 6-speed manual transmission. The standard wheels are an 18-inch set wrapped in Michelin tires though Hyundai N will offer customers a 19-inch set with Pirelli tires as an option.

The engineers responsible for the i30 N were led by former BMW M engineering boss Albert Biermann. He said the primary focus of the i30 N’s development was handling quality and driving fun, as opposed to big performance numbers.

"With the high-performance N models we will enhance our brand’s appeal with emotional products that cater to the needs of people who love to have a smile on their face when they drive their car on a winding road and listen to the sound of the engine," Biermann explained. "That’s why we measure high-performance in BPM, heart beats per minute instead of only RPM."

At the same time, the team wanted the car to be fully capable at the track. That’s why prototypes were tested extensively on one of the world’s most punishing race tracks, the Nürburgring. Hyundai also entered two virtually production-ready examples in May’s 2017 24 Hours of Nürburgring. One of the cars finished 4th in class and 50th overall.

And for those wondering why Hyundai's new performance division is named N, the letter represents the Korean automaker's Namyang R&D center located in Hwaseong, Korea. It's also a tribute to the Nürburgring where much of the development of N models will take place.

The i30 N will be shown to the public for the first time at September’s 2017 Frankfurt auto show. For more coverage on the show, head to our dedicated hub.