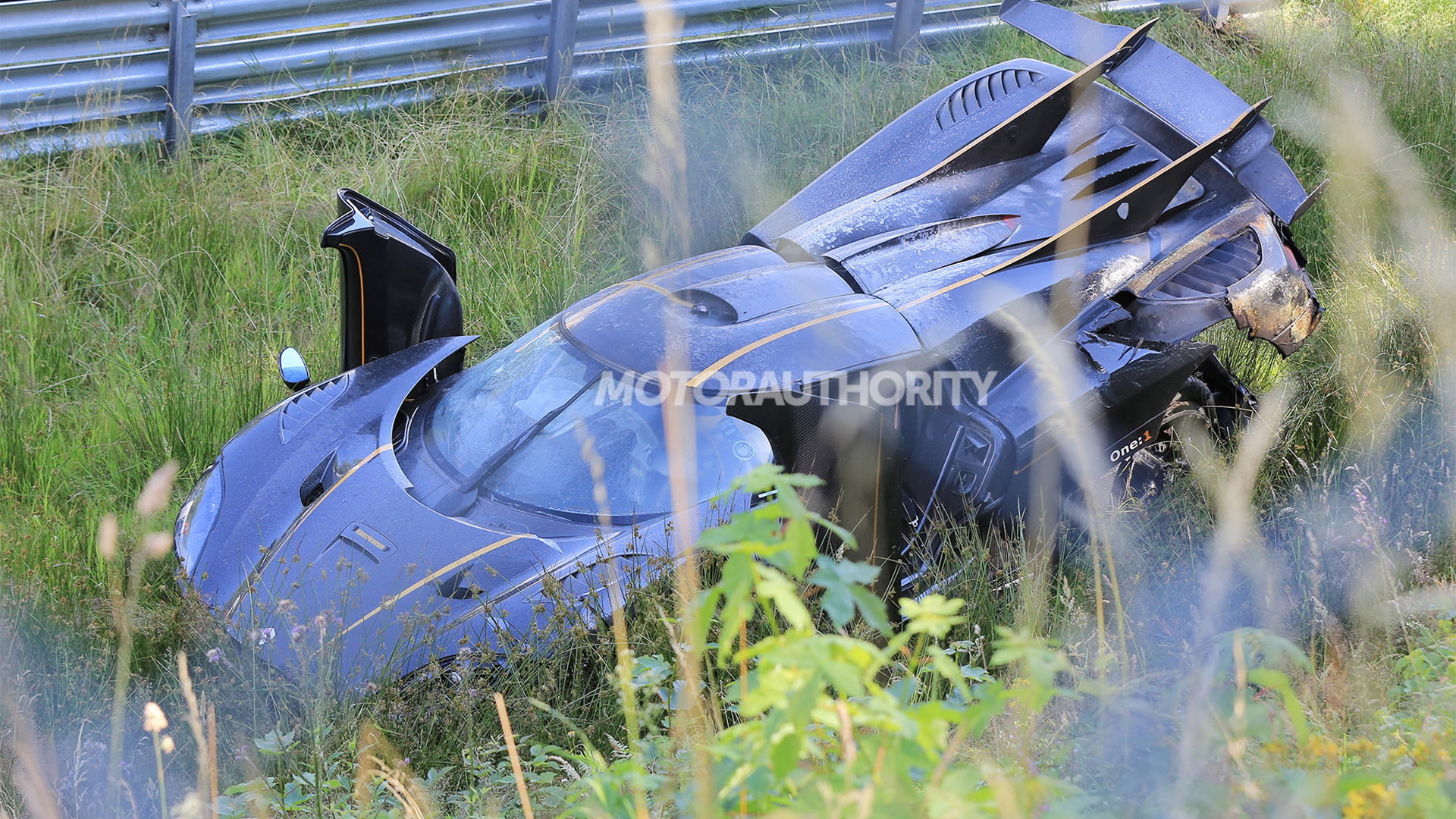 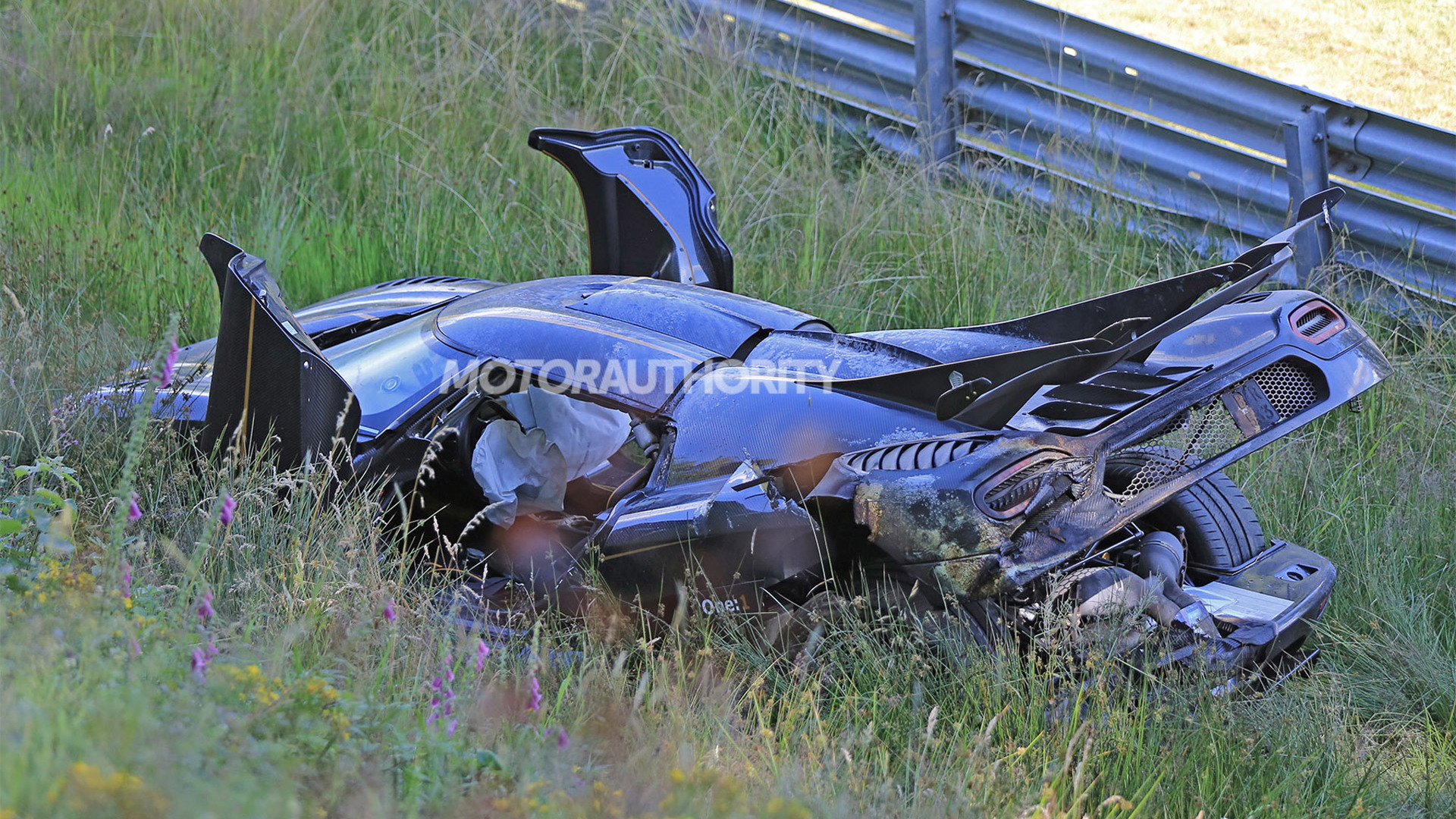 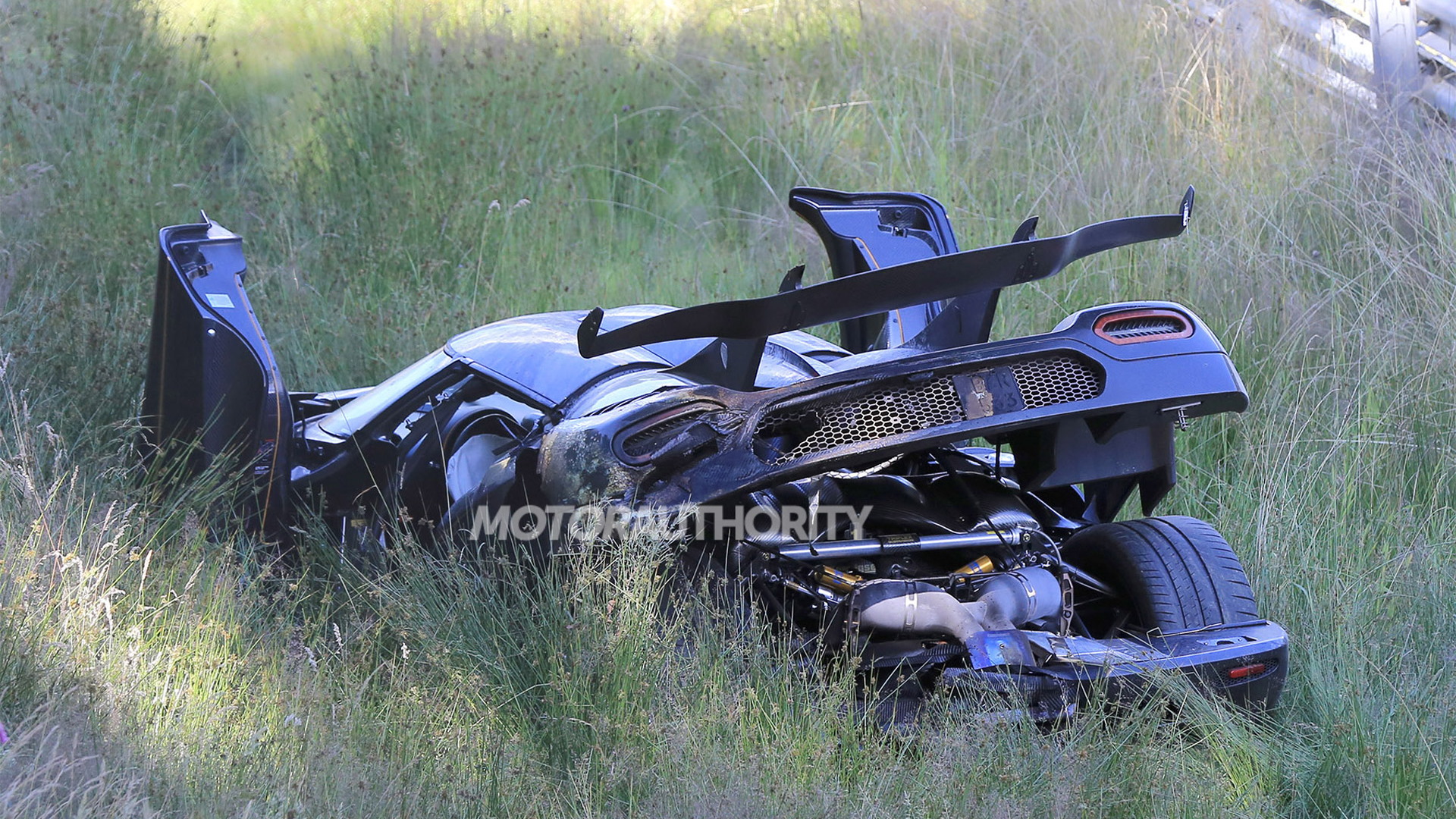 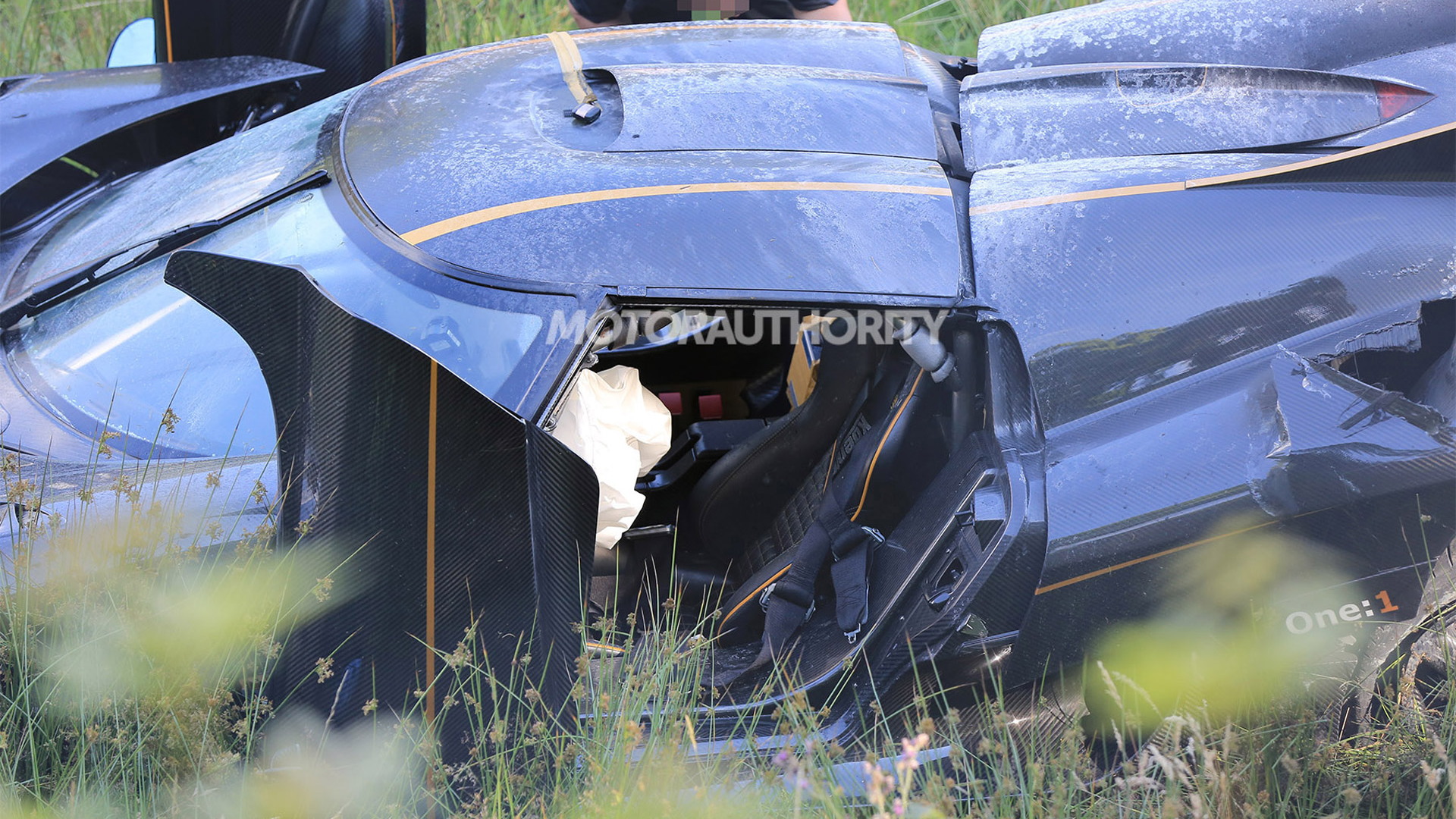 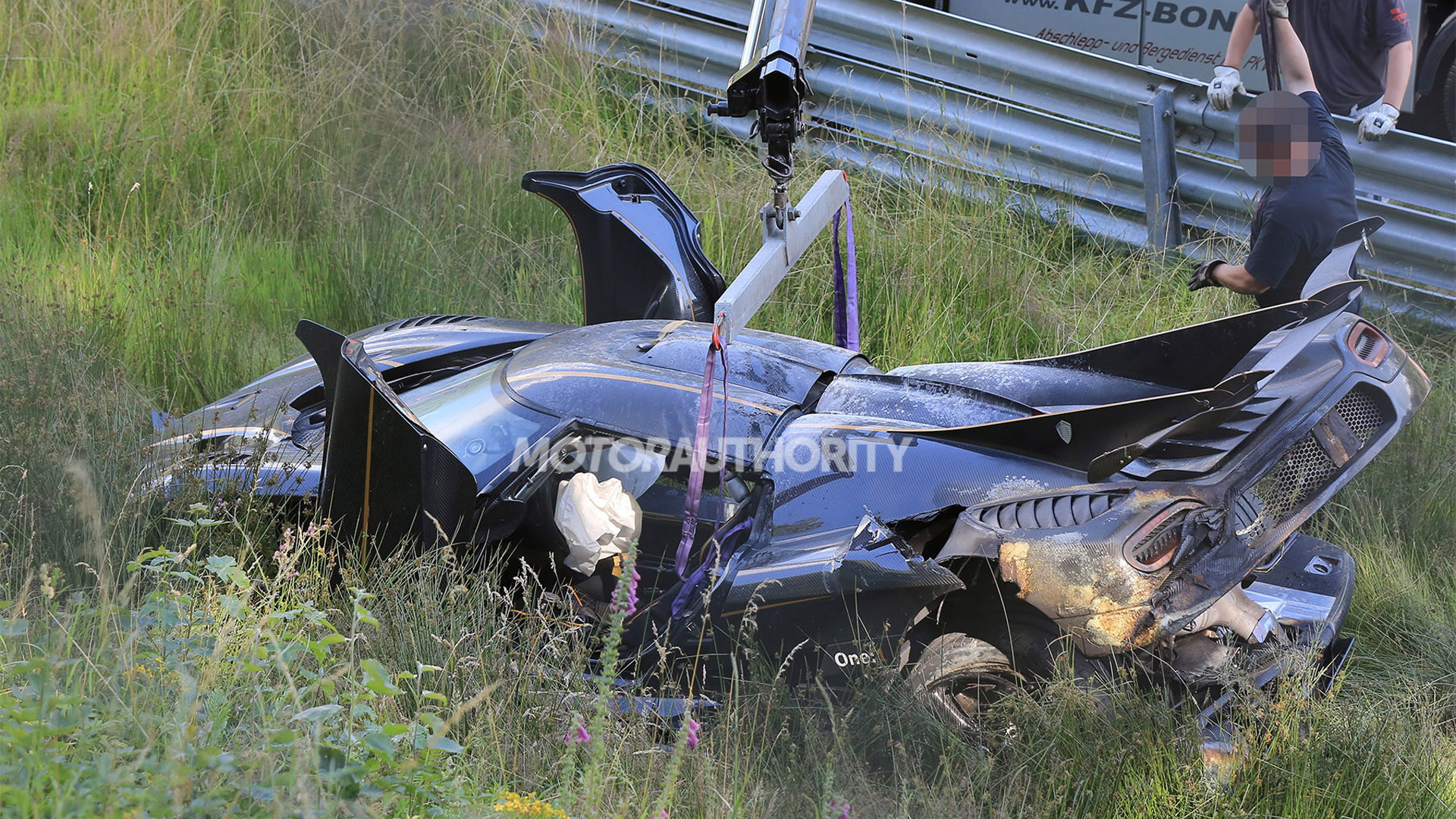 A Koenigsegg One:1 moments ago crashed on the Nürburgring.

Fortunately the driver walked away unscathed, but the 1,341-horsepower hypercar looks to be a total wreck.

The crash took place at the Adenauer Forst section of the notorious German race track.

According to our photographer, the driver came into the section with too much speed, slammed on the brakes and then slid off the track. The car eventually crashed through a barrier and into an embankment. The long skid mark that remains may indicate some form of mechanical issue, possibly relating to the ABS.

Koenigsegg One:1 at the track

Koenigsegg hasn’t had much luck at the ‘Ring. Back in 2014, one of the company’s Agera-based prototypes also crashed there. The One:1 is a much rarer, much more expensive car, though.

Just seven were built, including a prototype, and the original price is thought to have been 2.8 million euros (approximately $3.1 million), meaning this is likely to be the most expensive car outside of motorsports to ever crash at the Nürburgring.

All seven One:1s are thought to be privately owned, as the last remaining car, the prototype, was sold last year. It means there could be one very upset owner out there, though the good news is that Koenigsegg has confirmed it will rebuild the car.

Koenigsegg was using the One:1 in preparation for a lap record attempt. The company is yet to announce what car it will actually use for its record attempt, though. It’s possible the attempt will be made with the still-in-production Agera RS of which there are 25 being built.