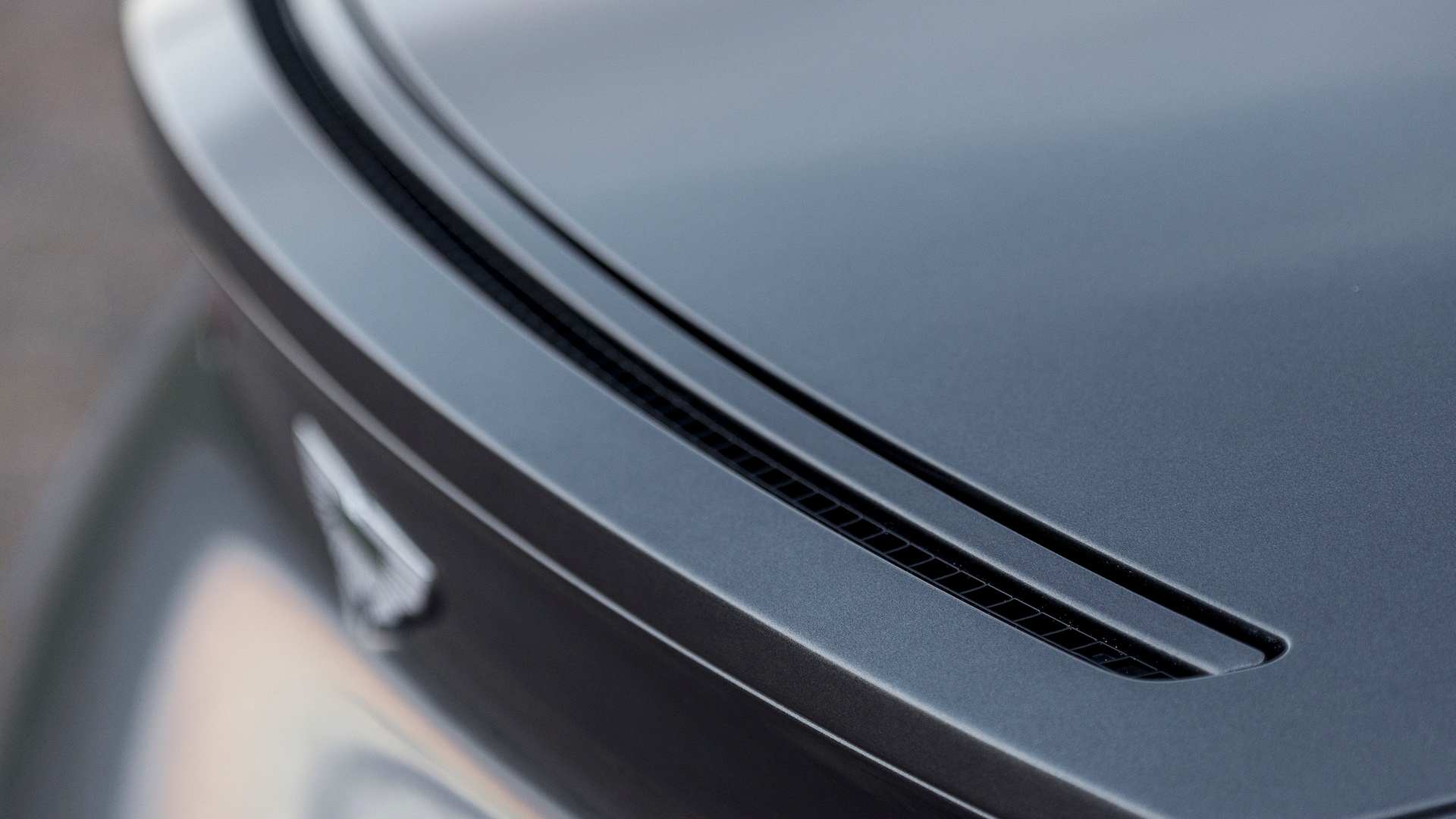 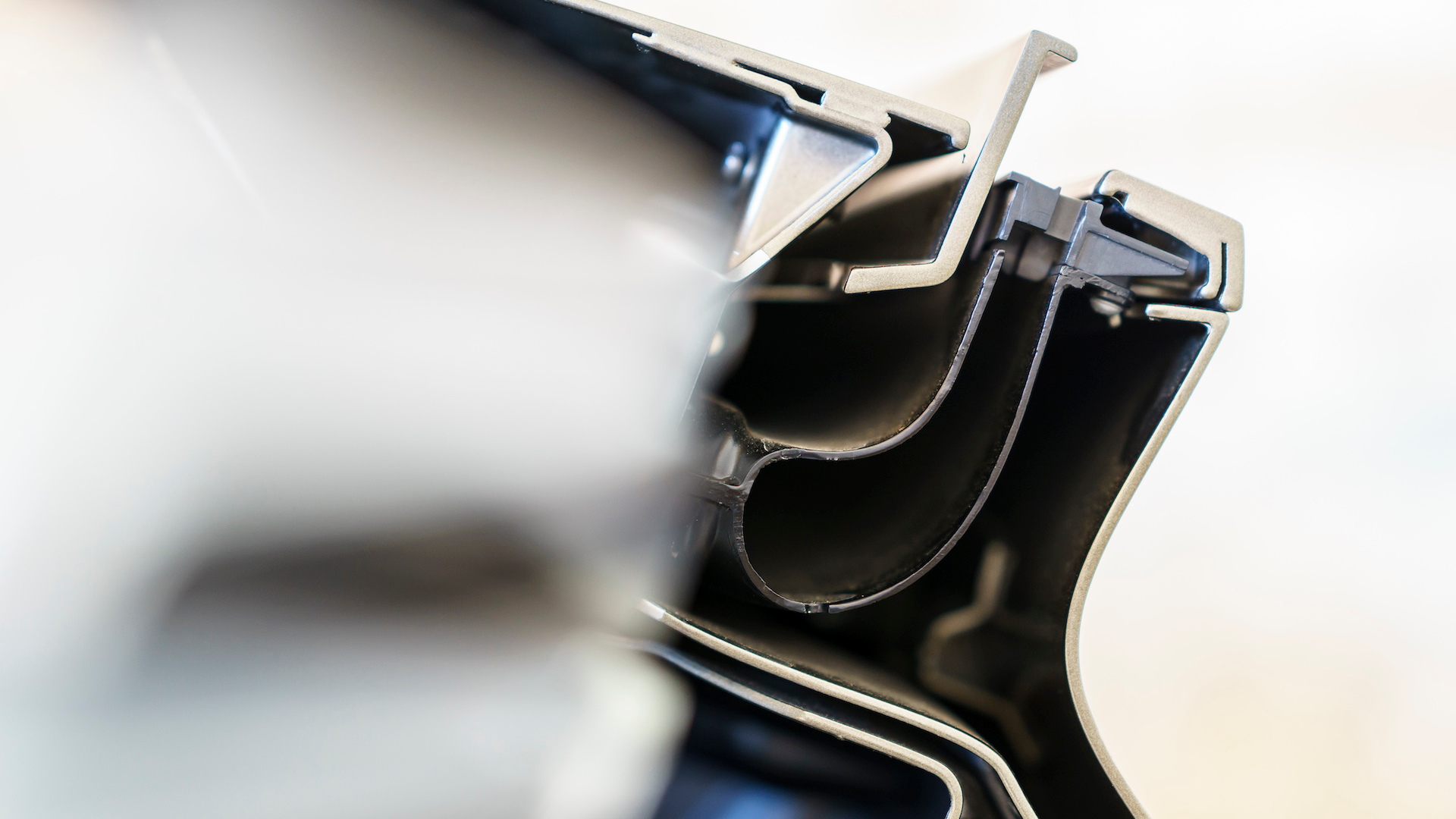 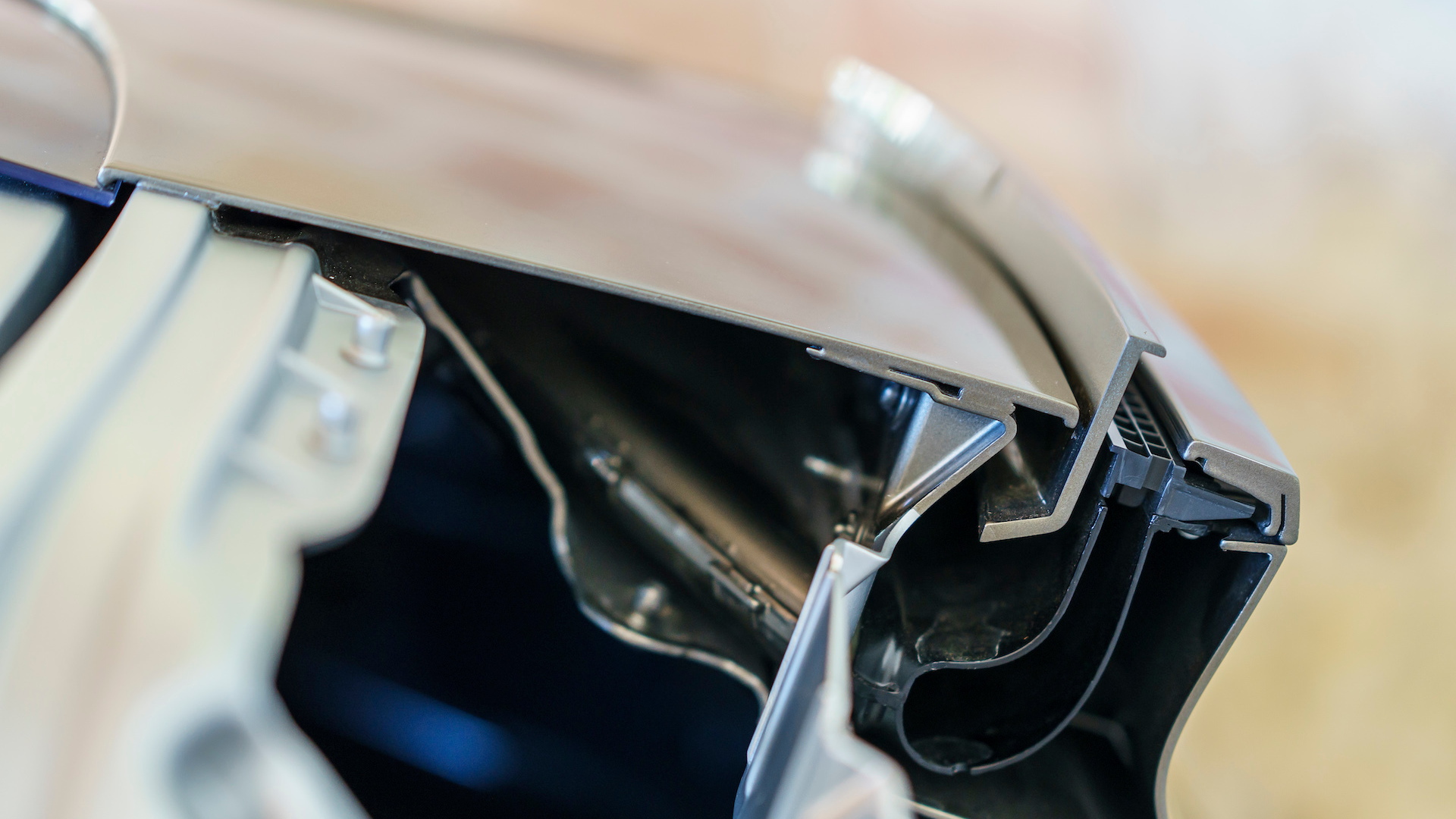 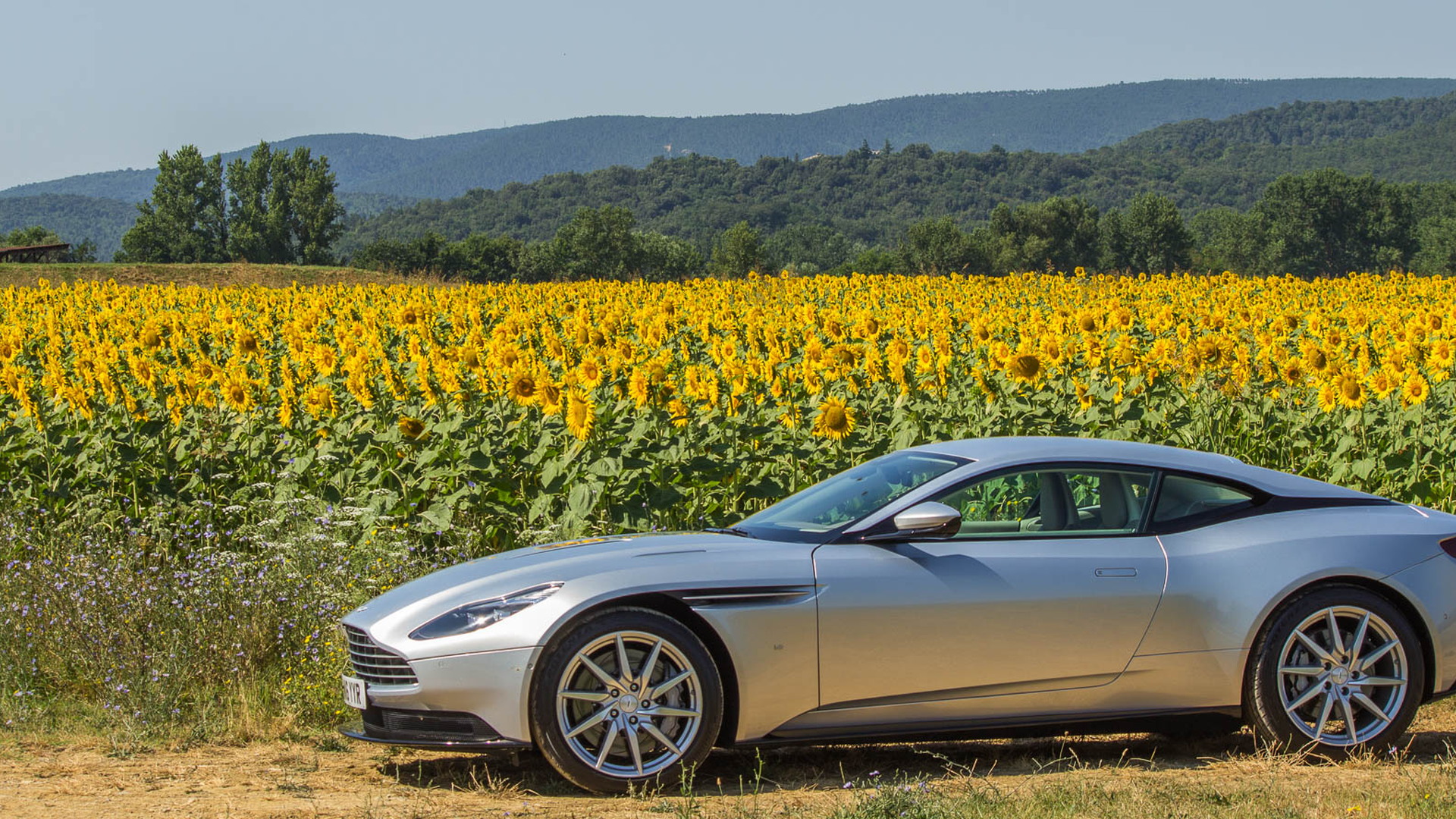 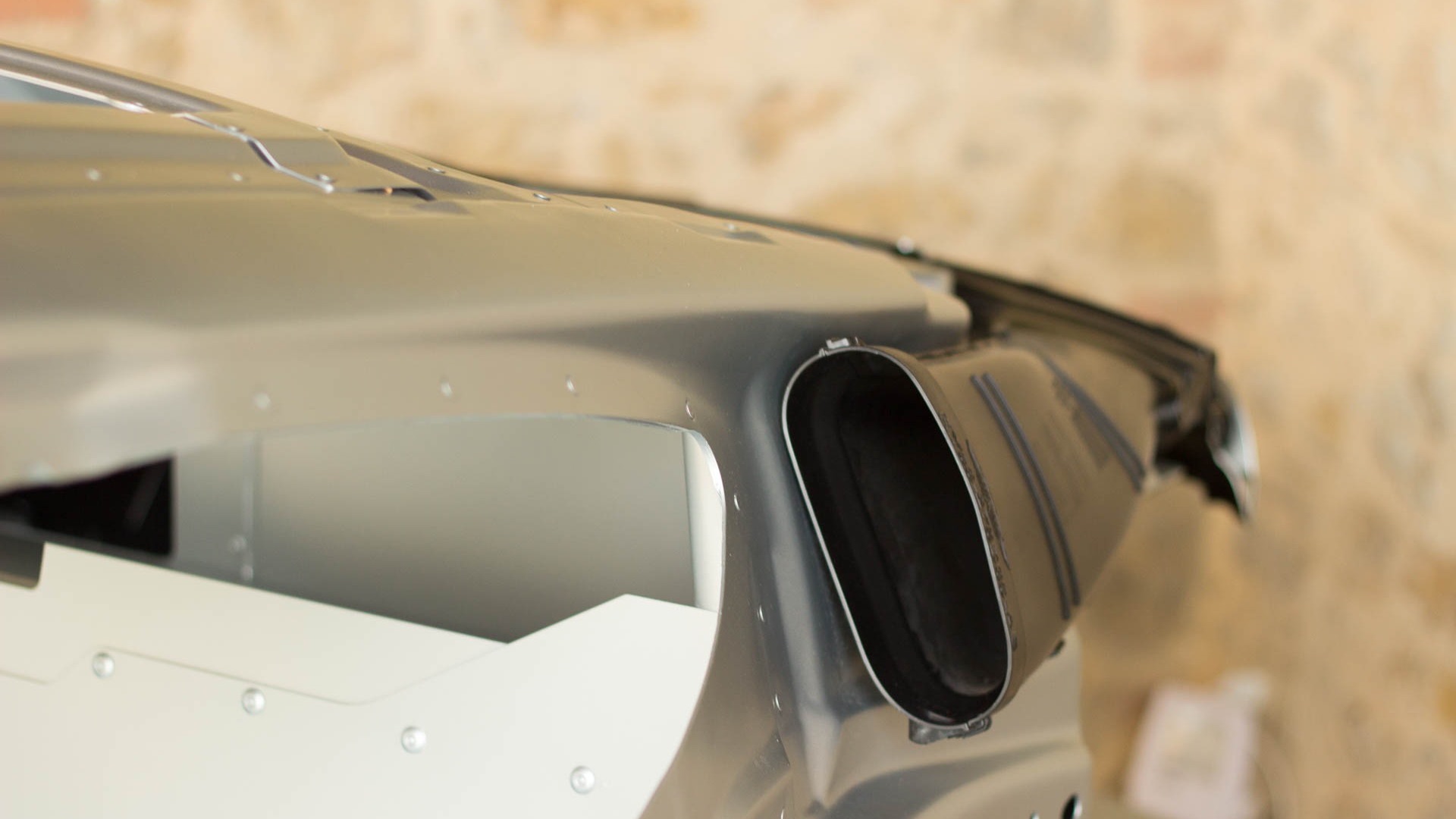 In 1967, Lotus put a sky-high wing on the rear of the Lotus 49 to convert wind flowing from the top of the car to aerodynamic weight to press harder down on the rear wheels.

Carmakers have gotten down on what came up ever since.

Nearly all high-performance cars on the road now utilize not only some sort of rear spoiler or wing to help with downforce, but also numerous active and passive aerodynamic features to help better direct the airflow around the car. It’s essential for stability and handling, and help the cars cut a smaller, sharper hole through the air.

Distilled to its essence, the game of aerodynamics is give and take. What the added rear body panels give in aerodynamic assistance, they take away in weight, cost, looks—and sometimes top speed. (No matter what they tell us at Pep Boys, spoilers or wings don’t make cars look cool on their own.)

For 2017, Aston Martin added one the most significant aerodynamic innovations since the Lotus 49. The new DB11 channels air coming across the side of the car through portals near the rear windows, bottlenecks it underneath the trunklid, and fires it back up through the deck to create a “virtual spoiler,” according to engineers.

Or, more accurately, it’s a virtual Kammback—actual Kammbacks have been used in racecars including the original Ford GT40. The famously complex (but fast) Chaparral 2J that boasted a huge fan underneath the car—you know the one, the “sucker”—vented its air out of the back to control airflow, too.

ALSO SEE: Is your turbo better off tucked into a blanket?

Although the concept isn’t entirely new, Aston Martin engineers used new aerodynamic solution to an old mechanical problem: As cars go faster, they create more lift. You could add weight to fight lift, but it takes more power to go faster. And so on. Features like its virtual spoiler were typically the province of $1 million or more hypercars.

“We’re using design language and the love of beautiful to create something that’s more efficient through the air,” said Aston Martin design chief Marek Reichman. “So it’s not about styling, it’s about using design principles to generate a more efficient product.”

Officials were mum on how much aerodynamic help the air spoiler actually offers, and the car deploys a semi-traditional, physical “Gurney flap” at higher speeds to assist the AeroBlade. The small, electronically controlled physical spoiler rises out of the trunk about 2.5 inches off the decklid at around 50 mph to 80 mph (depending on driving mode), but the presence of the AeroBlade meant stylists didn’t have to build in a lip-mounted spoiler.

As a result, the DB11 has cleaner lines and a less obtrusive spoiler. (Unless you think a 3-foot wing rising from the deck like the Golden Gate Bridge looks great, then the Lotus 49 may be just what you’re looking for.)