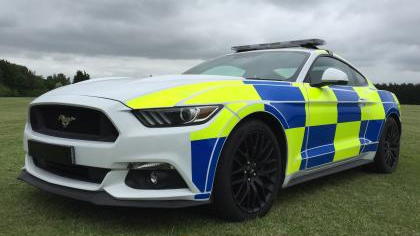 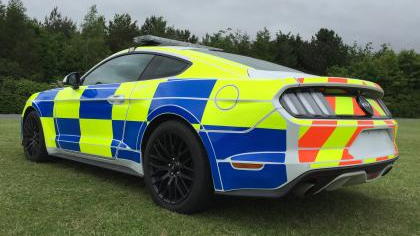 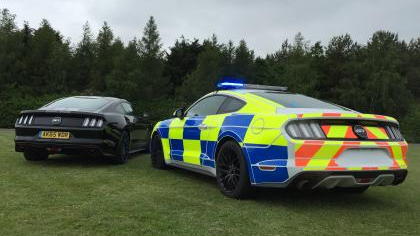 It might be as American as apple pie, but the Ford Motor Company [NYSE:F] Mustang looks surprisingly correct swathed in the distinctive neon Battenburg paint scheme of the British police.

Ford's pony car is being "assessed" by police forces in the United Kingdom as a potential patrol car.

British police cars aren't exactly known for their style, but the country's rozzers do tend to select something with a little more oomph than many other European countries. Typical police cruisers have included turbocharged Volvo XC70 and BMW 330d wagons lately, but the police have also used Land Rovers in the past.

Not the first Mustang police car

The Mustang under consideration in the U.K. is a V-8-powered GT, a model that went on sale late last year and has done well in that market now that it is finally offered as a factory right-hand-drive model.

Ford is no stranger to cop cars, but one thing it hasn't offered on the latest Mustang is an official police variant. Of course, that hasn't stopped Hollywood from envisioning what one would look like. Director Michael Bay recently revealed a ready-to-transform Mustang police car set to play a role in the upcoming Transformers: The Last Knight film.

Still, even though we don't want to see one in our own rearview mirrors, we do look forward to an official police version of the Mustang someday. Incidentally, over here, the Los Angeles Police Department has just agreed to add 100 BMW i3 electric cars to its fleet. Wait, Brits testing V-8-powered Mustangs and the Americans in electric city cars... something doesn't add up.