The Los Angeles Police Department will buy 100 BMW i3 electric cars for non-emergency use.

The LAPD announced plans for this order last year, when it took delivery of an i3 and a Tesla Motors [NSDQ:TSLA] Model S for testing. It turns out officers preferred the i3.

While some U.S. cities already operate small fleets of electric cars, the LAPD order likely represents the largest for electric police cars in the U.S. so far. The cars will be used for auxiliary functions, like transporting officers and community-outreach initiatives. 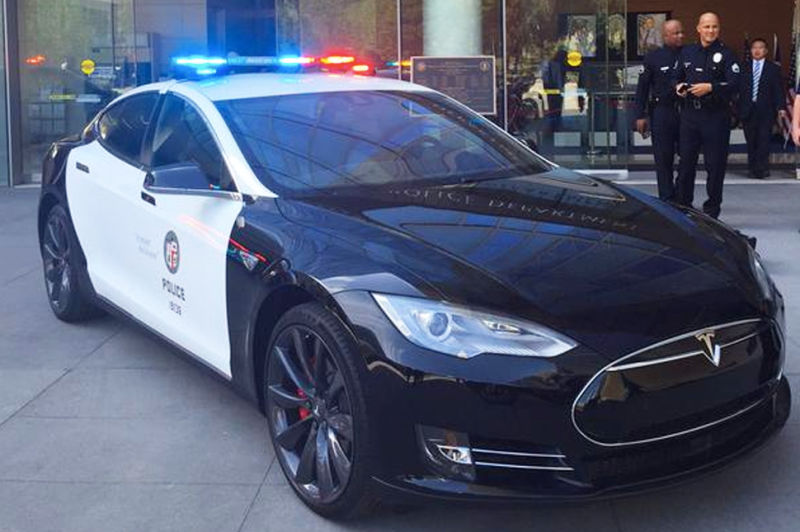 All cars will wear the same black-and-white livery as other LAPD vehicles, and BMW will develop software that interfaces with the LAPD's fleet-management system. This will allow officials to monitor vehicle data and track the electric car fleet in near real time. And to give the BMWs places to charge, Greenlots will supply 100 240-volt Level 2 AC charging stations to the LAPD, and four DC fast-charging stations.

The i3 isn't cut out for pursuit work, but it does have some attributes that might have given it the edge over the Model S. Its compact size and tight turning radius make maneuvering on city streets easier, and the BMW is also significantly less expensive than the Tesla. In general, electric cars are still restricted by relatively short range and lack of charging stations, but they offer police departments benefits like quiet operation, low operating costs and, of course, a lack of tailpipe emissions.

The BMW i3 purchase is larger order for 160 battery-electric cars and 128 plug-in hybrids for multiple city agencies that the Los Angeles government announced last year. The remaining 60 electric cars will go to the city's fire, water & power, and general services departments. The water & power and general services departments will also split the order for plug-in hybrids.