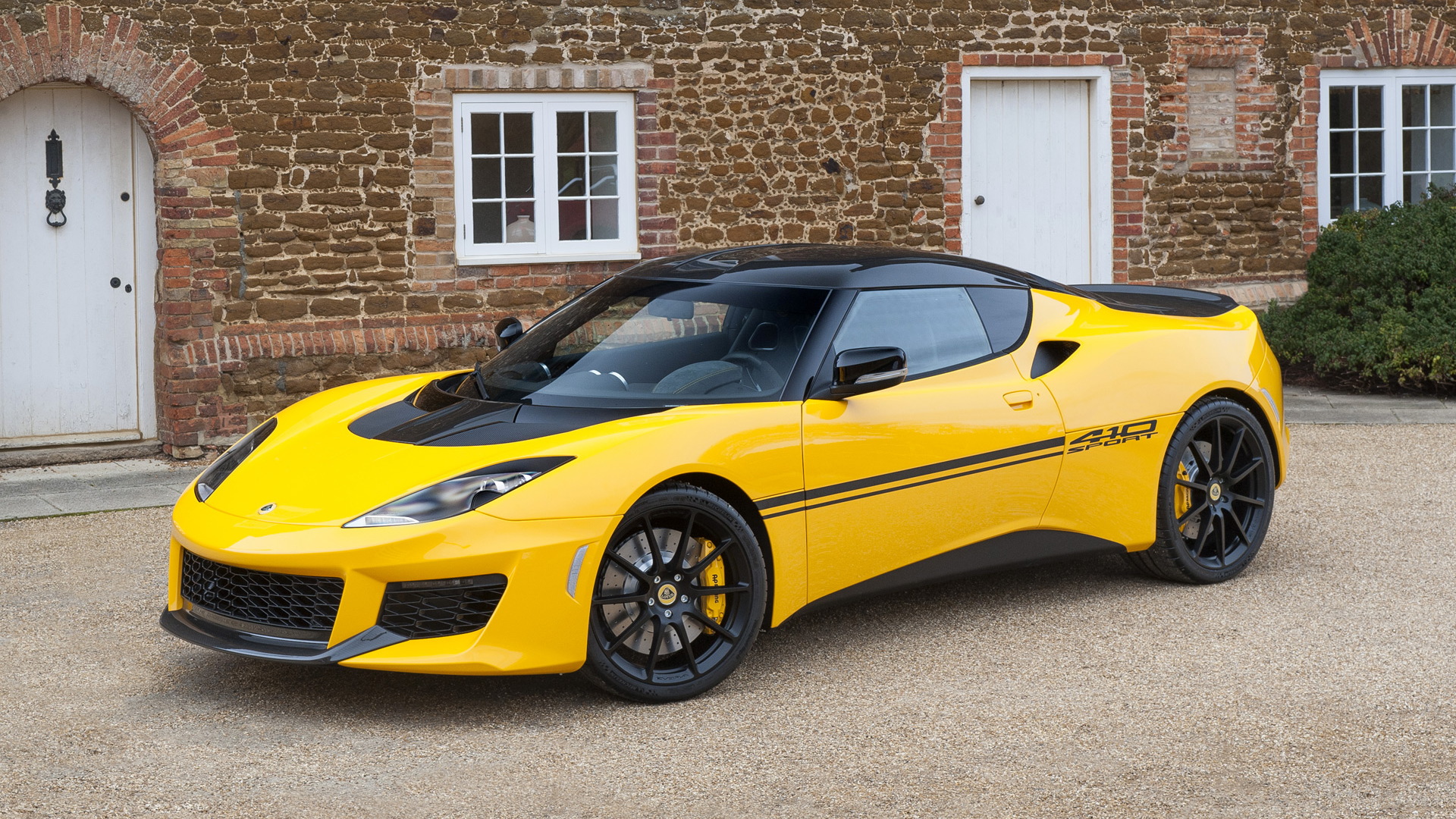 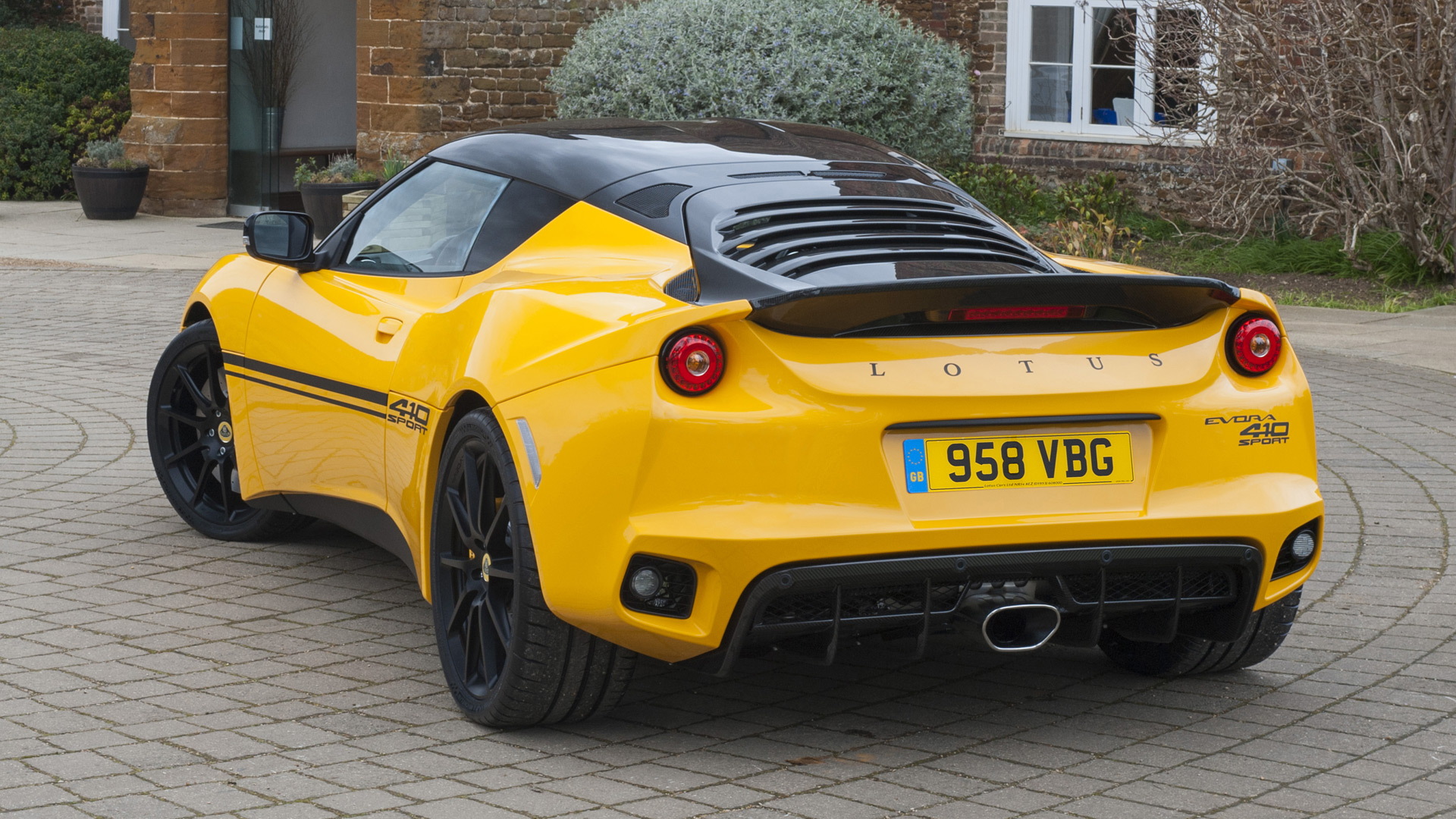 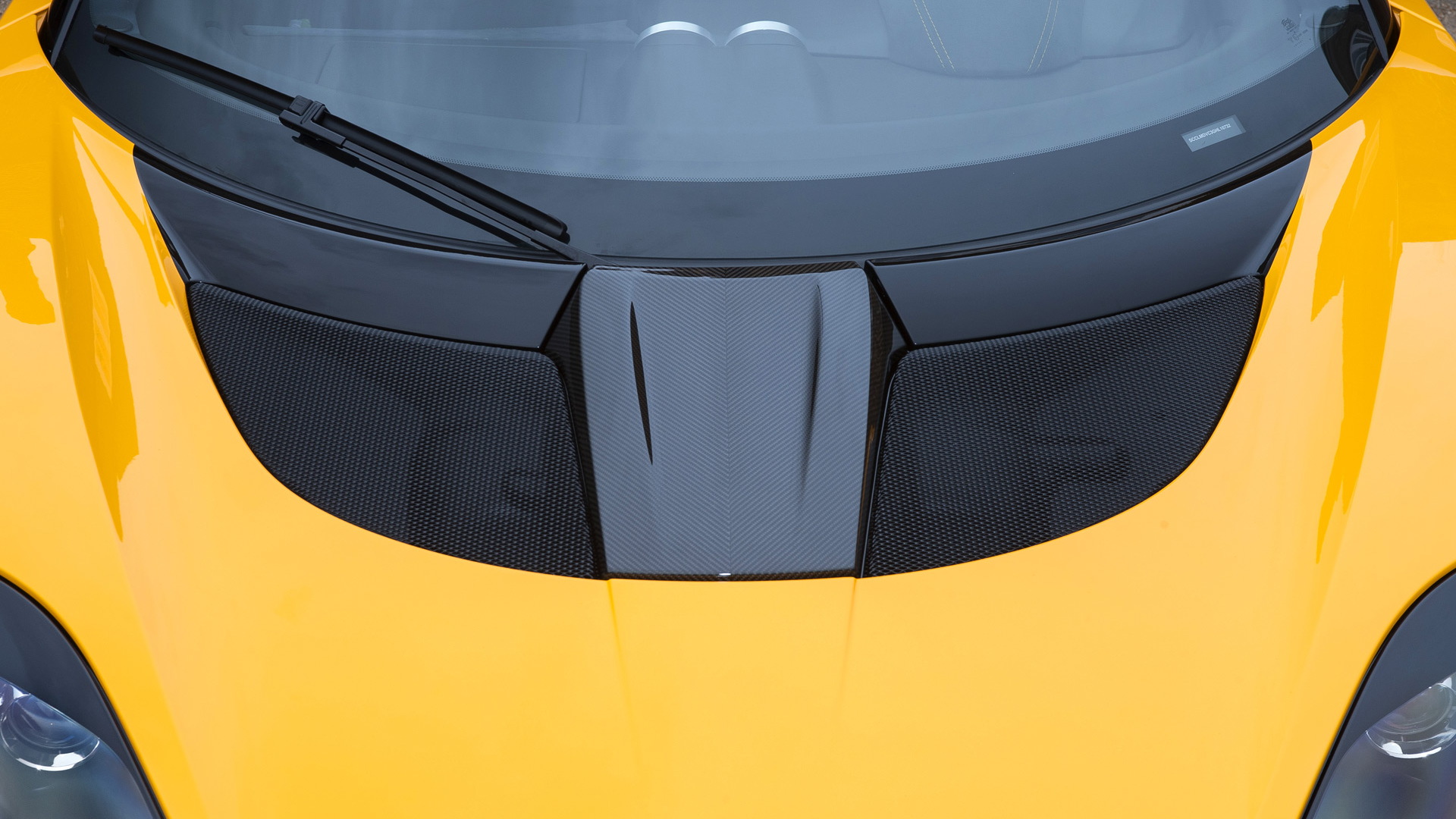 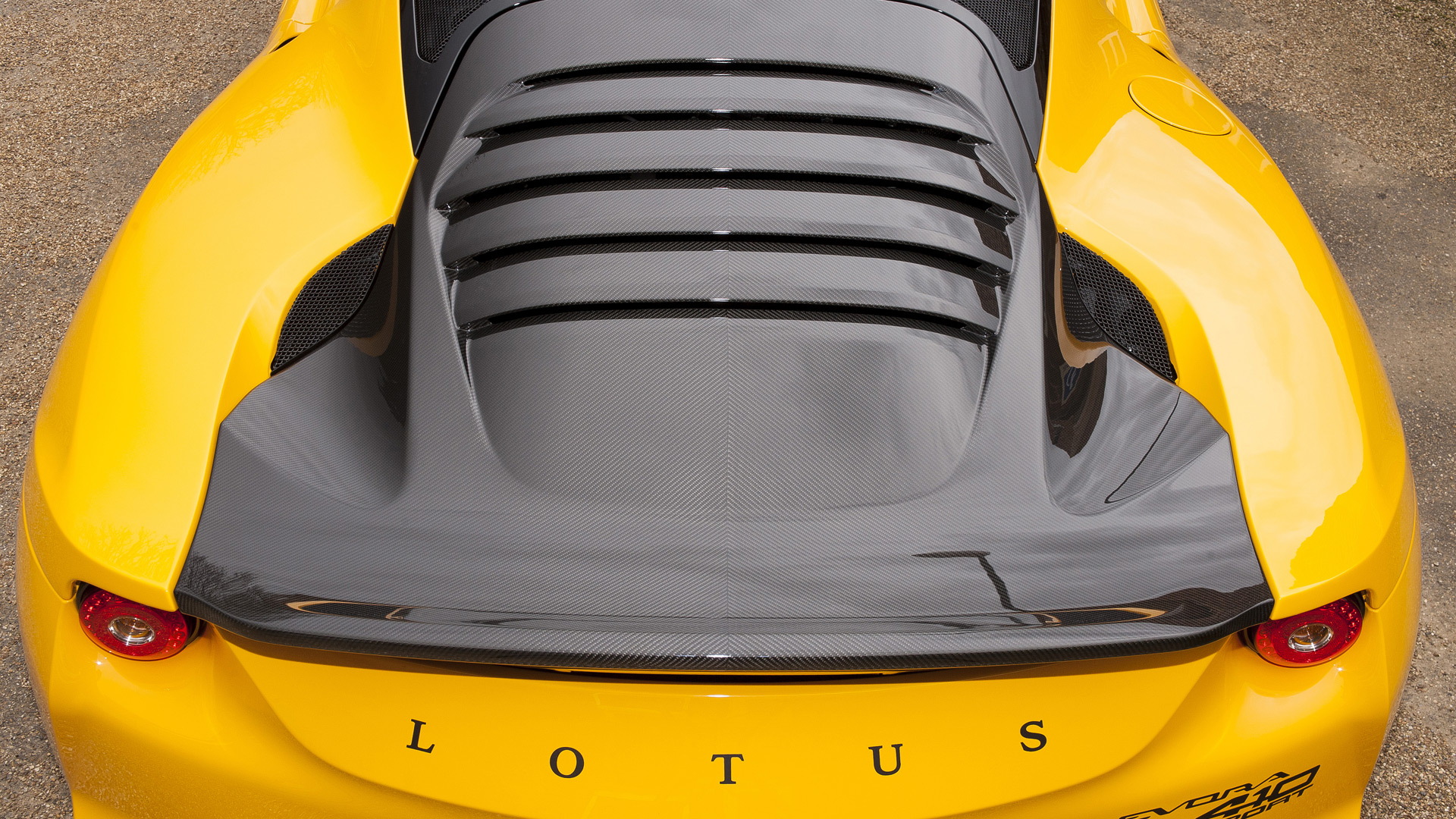 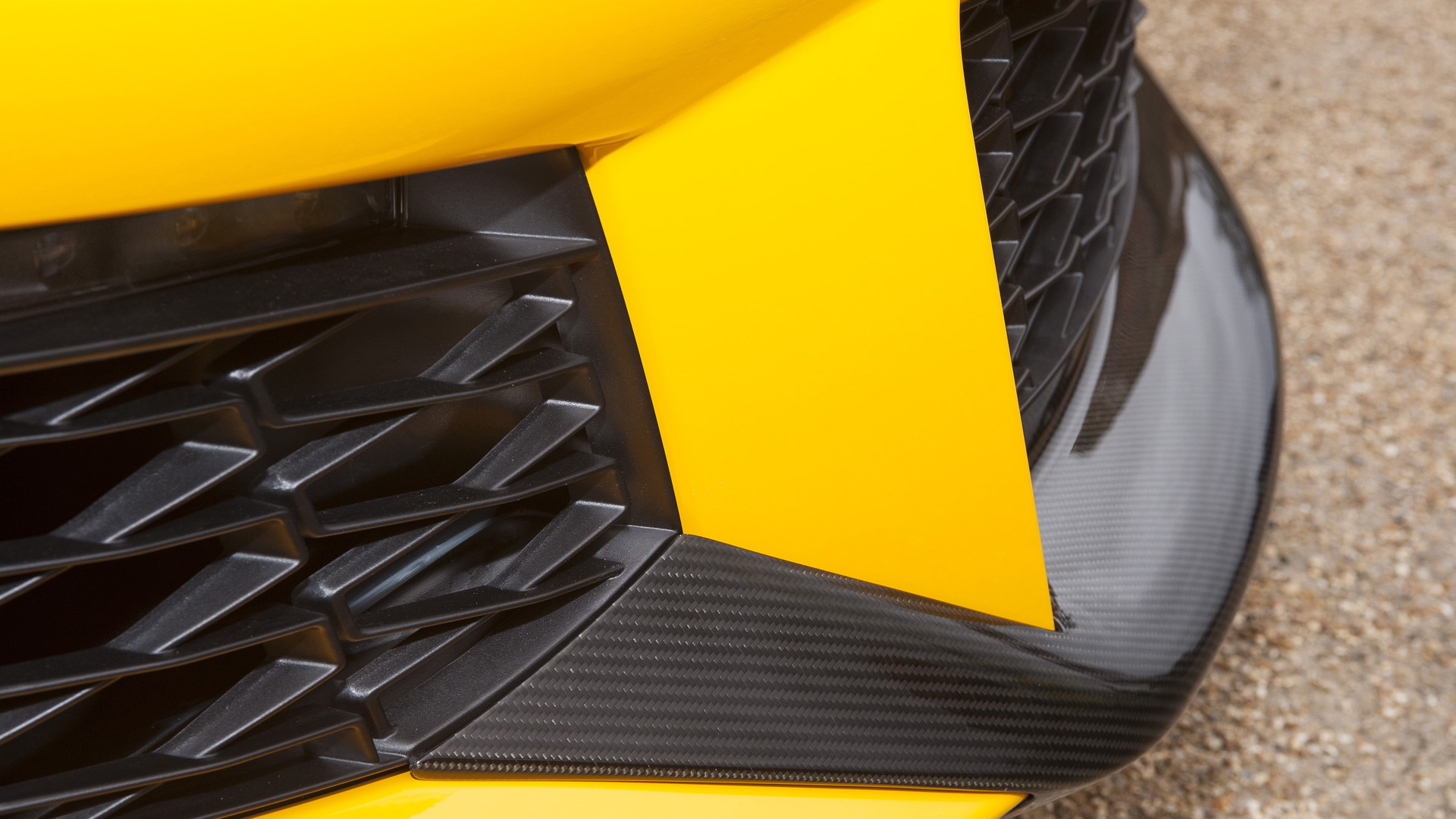 The Lotus Evora 400 is just reaching showrooms here in the United States but a new, more potent version of the car has already been launched. Set to debut next week at the 2016 Geneva Motor Show is the Evora Sport 410 which Lotus has confirmed will go on sale in most markets this June. The North American version of the car will be announced at a later date so some of the specifications may differ.

Peak output of the car debuting in Geneva registers at 410 horsepower and 302 pound-feet of torque, drawn from the familiar supercharged 3.5-liter V-6 Lotus sources from Toyota. That represents an increase of 10 hp over the Evora 400, which doesn’t sound like much until you factor in that the Evora Sport 410 also weighs 165 lb less. The curb weight measures in at a lithe 2,921 lb.

Basically, every component was assessed, optimized and reengineered as required. This covers every aspect of the car, including a drastically simplified carbon fiber tailgate (combining five separate elements into one) and the replacement of numerous other pieces with lighter carbon fiber units. The list include the front splitter, roof panel, rear diffuser, seats and the front access panel.

Performance claims include 0-60 mph acceleration in 3.9 seconds and a top speed of 186 mph. But in addition to boosting straight-line speed, the reduction in mass is said to have sharpened up the handling, making the car more agile and improving the accuracy and feel behind the wheel. With less weight to carry, engineers were also able to recalibrate the suspension for improved performance. They also dropped the ride height by 5 millimeters compared to the Evora 400.

Annual production of the Evora Sport 410 will be capped at just 150 units worldwide. Pricing hasn’t been announced but expect a hefty premium on the $89,900 starting price of the Evora 400.

Stay tuned for the debut at the Geneva Motor Show on March 1. Lotus will also use the event to present its new Elise Cup 250. For more from the Swiss show, head to our dedicated hub.