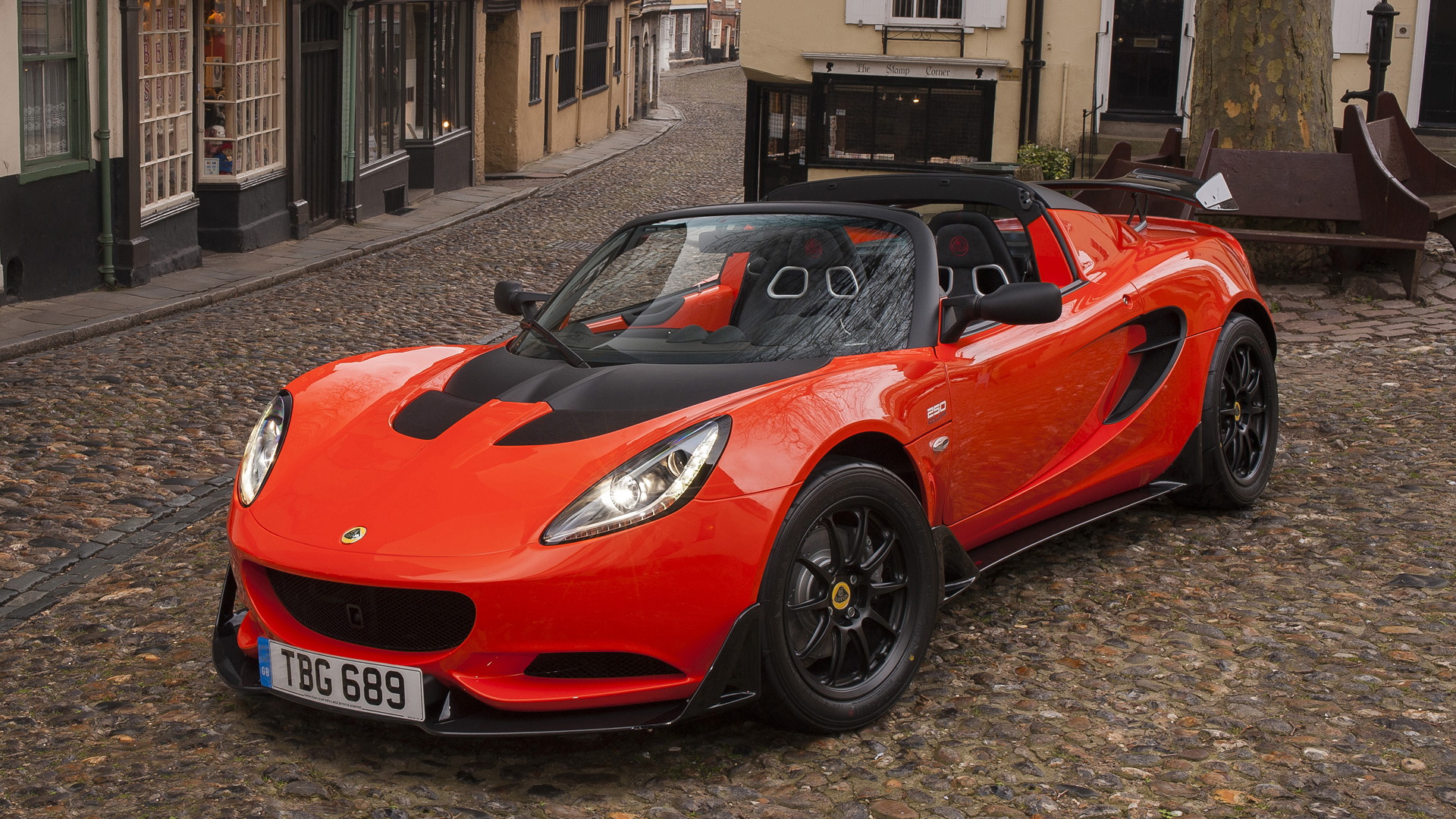 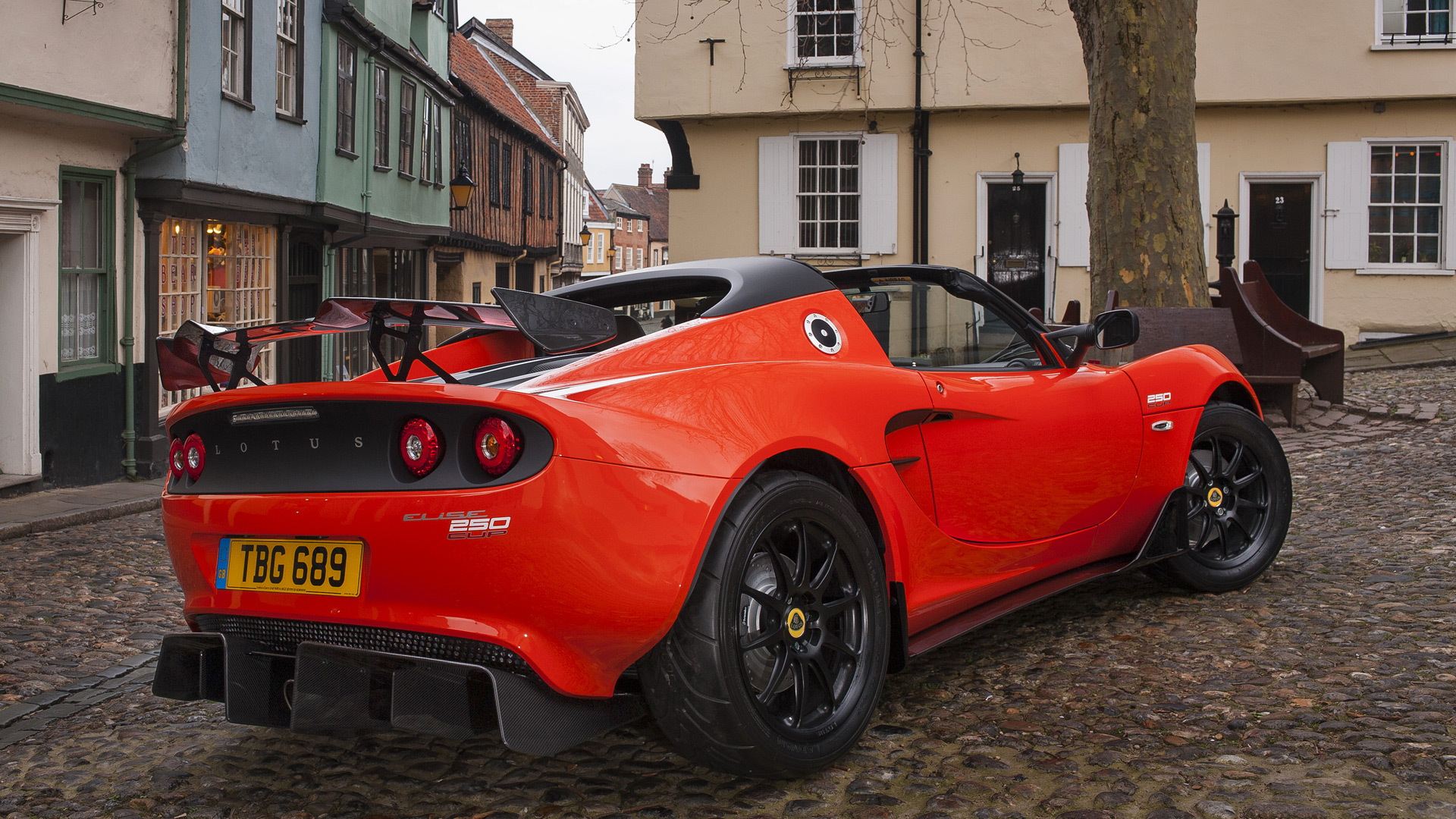 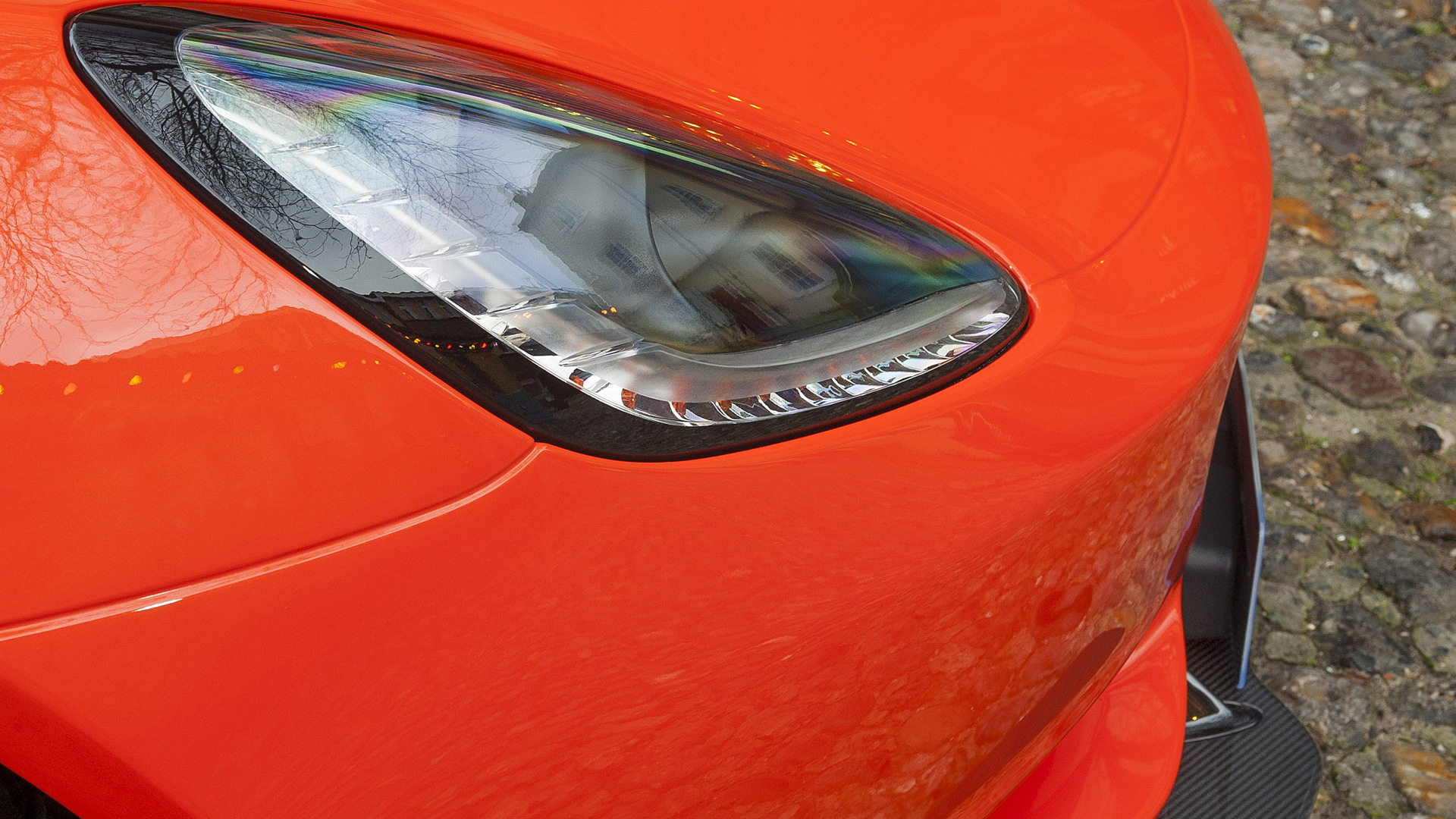 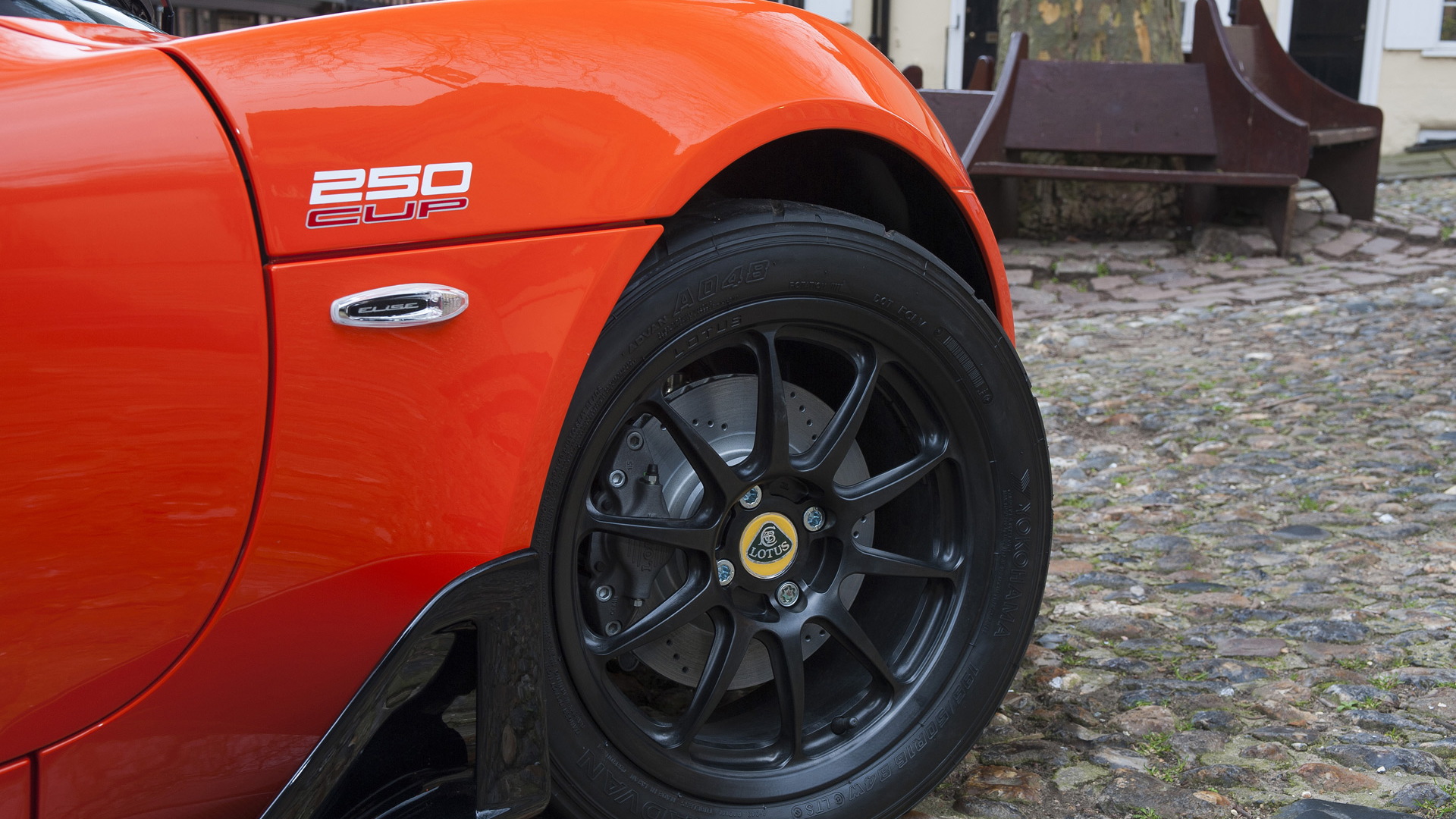 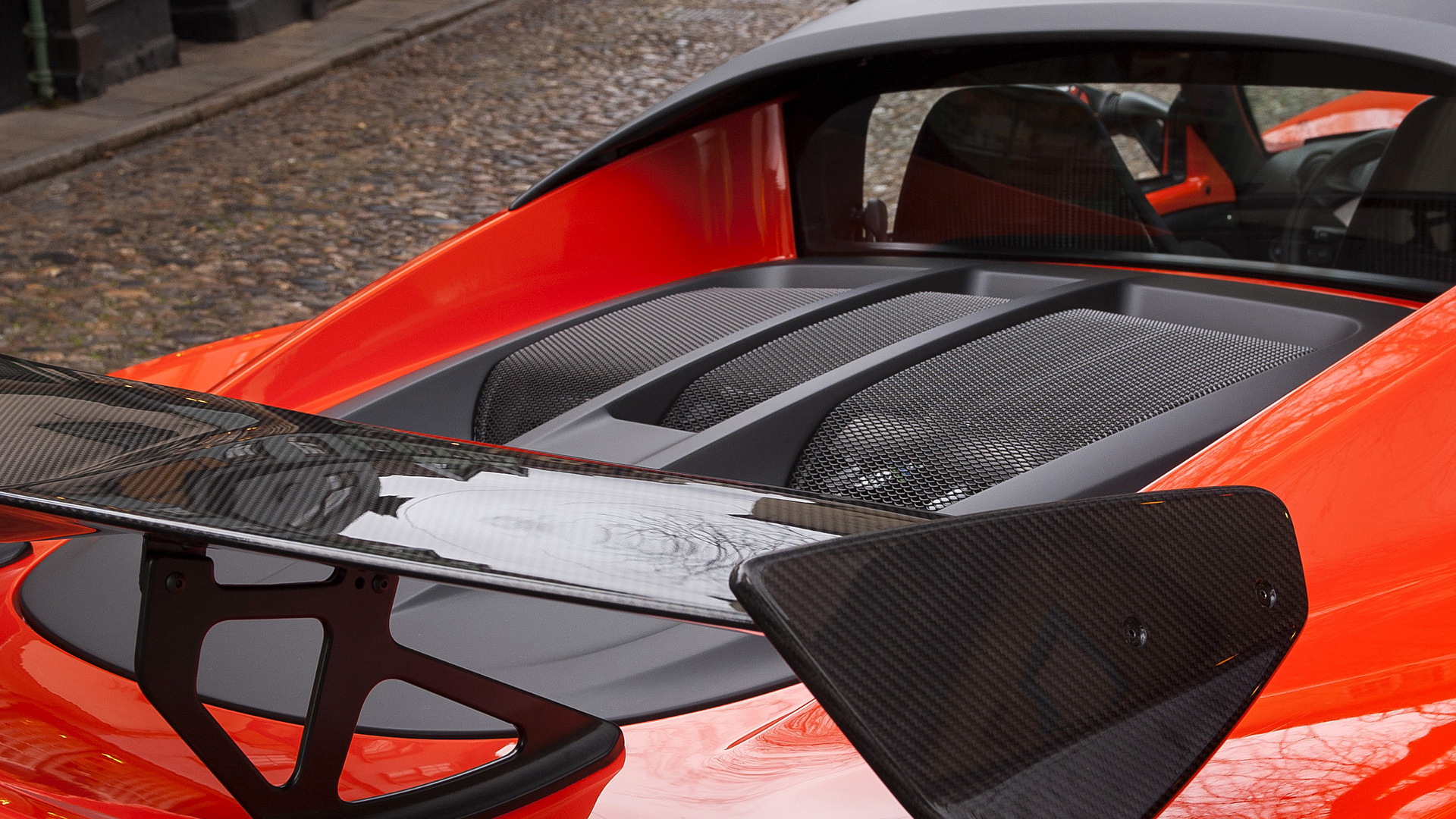 Lotus doesn’t plan to sell an Elise in the United States until the arrival of a next-generation model sometime around the end of the decade. Sadly, that means we miss out on all the new variants of the current model. The latest is the Elise Cup 250, which Lotus bills as its fastest Elise ever.

It sports the Elise’s familiar supercharged 1.8-liter four-cylinder engine, but now the output registers at 243 horsepower and 184 pound-feet. In a car that only weighs around 2,030 lb, those figures enable 0-60 mph acceleration in 3.9 seconds and a top speed of 154 mph. The only transmission is a six-speed manual.

The car is a roadster as standard but buyers can opt for a fixed roof. Other standard goodies include an adjustable anti-roll bar at the front, Bilstein dampers, Eibach coil springs and an unusual combination of AP Racing brake calipers at the front and Brembos at the rear. One worthwhile option is the car’s Carbon Aero Pack, which is said to help reduce weight by a further 22 lb.

Inside, the Elise Cup 250 comes with Alcantara trim as standard. Options include leather trim and an infotainment system. Also in the cabin is the Lotus Dynamic Performance Management system. This allows the driver to adjust dynamic systems such as the throttle response and traction control thresholds.

Sales of the Lotus Elise Cup 250 commence in most markets this April, following a world debut at the 2016 Geneva Motor Show on March 1. Unfortunately, since the Elise is still on the wrong side of regulations in the U.S., there are no plans to bring it here.