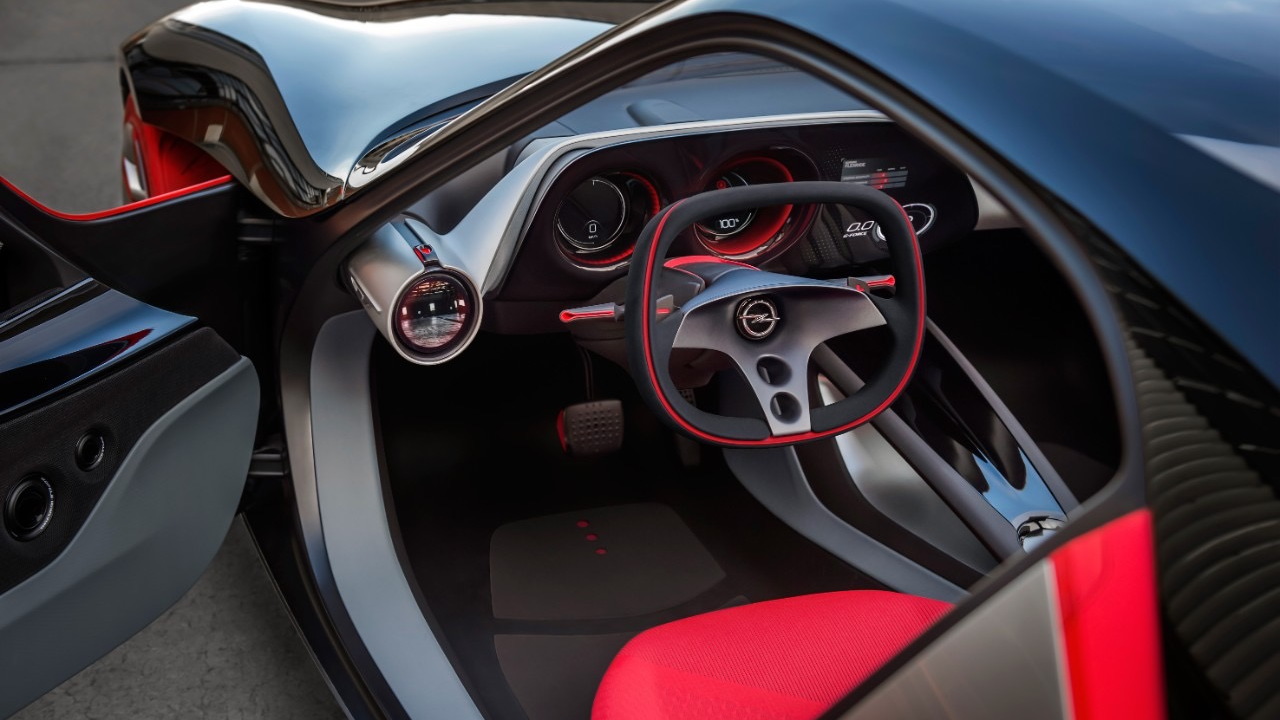 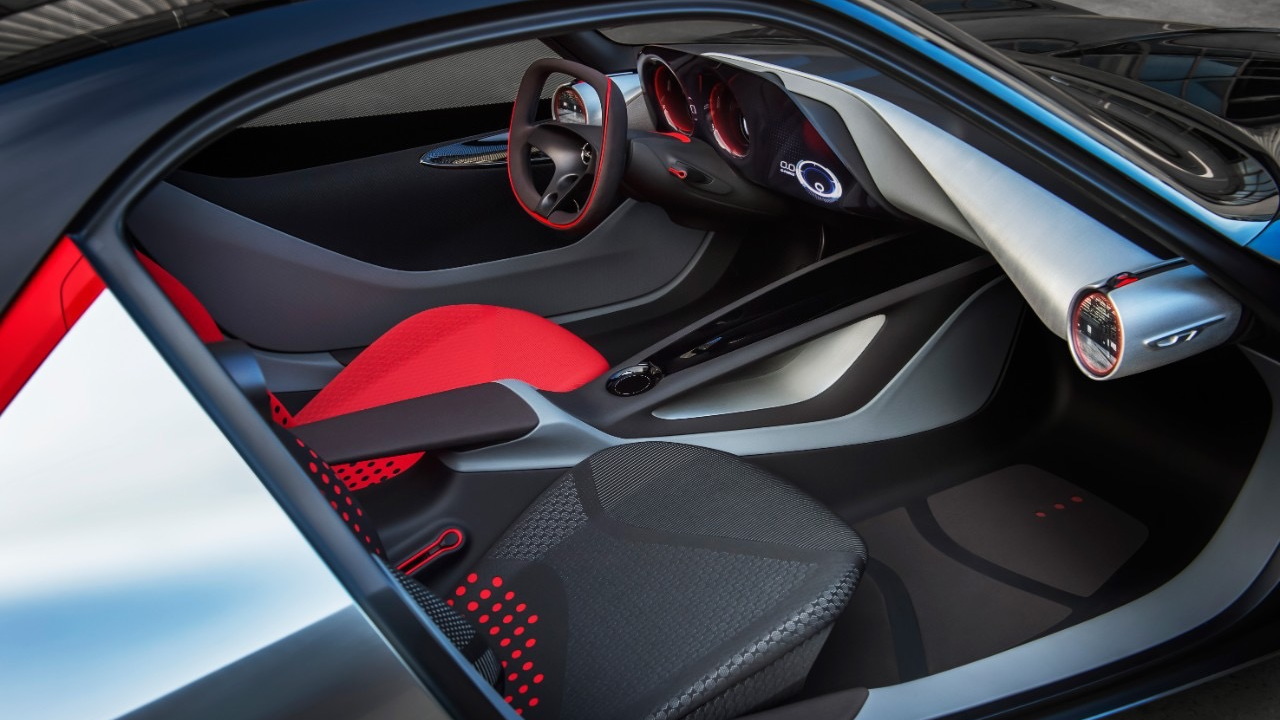 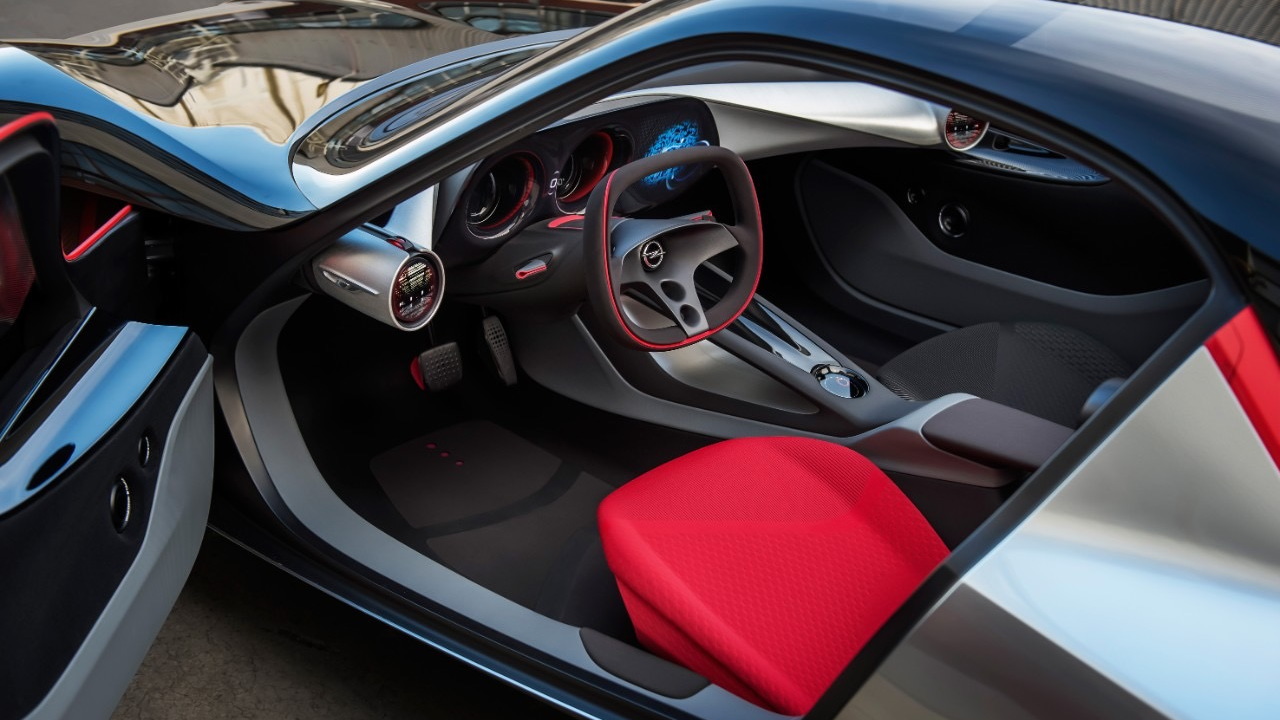 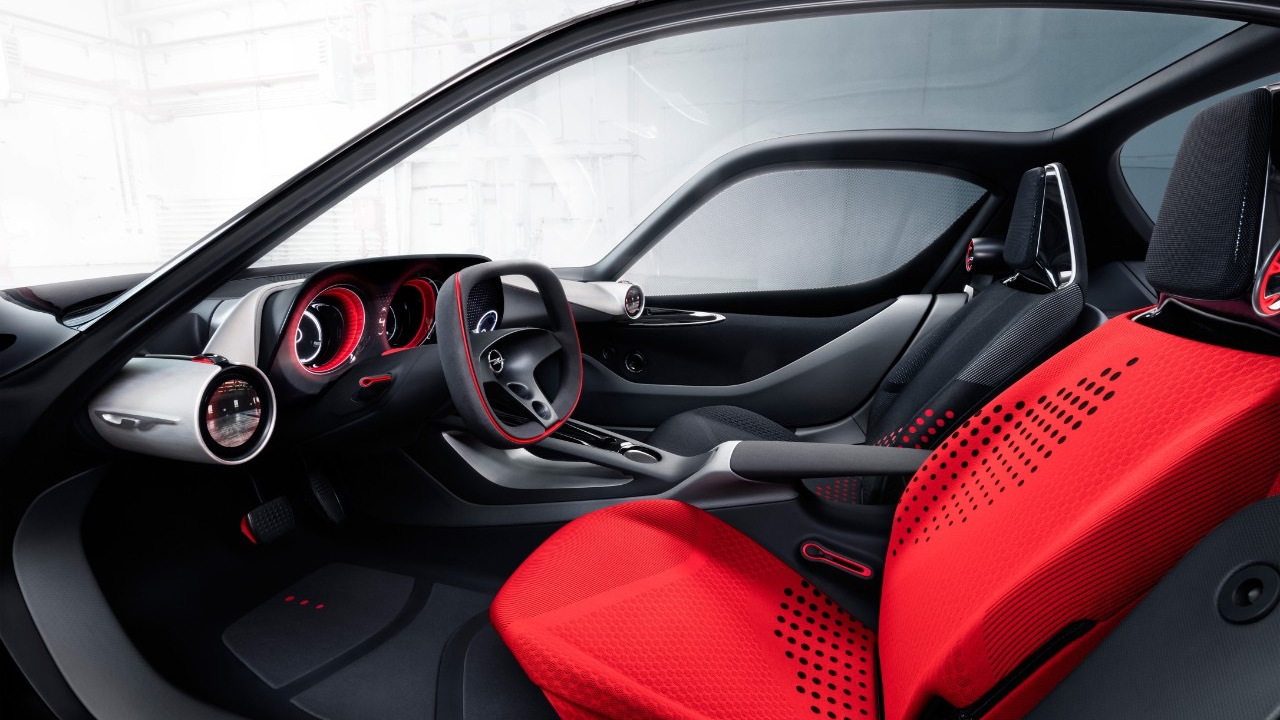 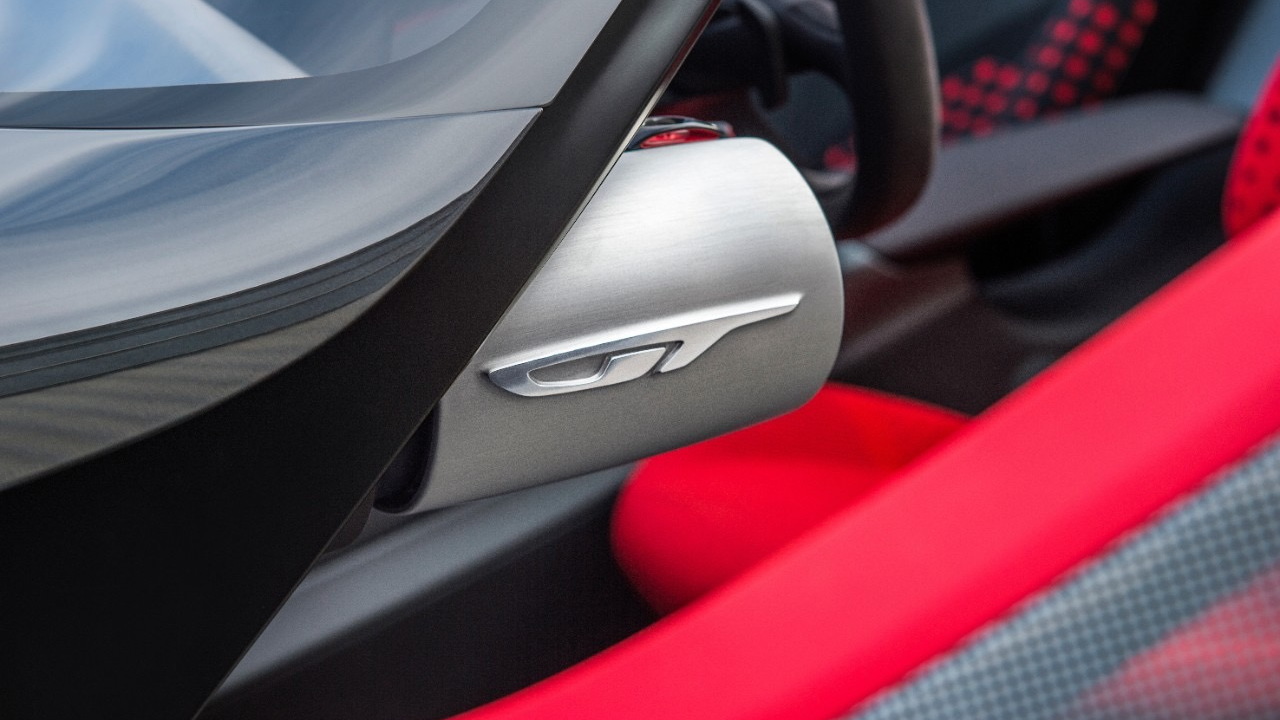 We've already seen the exterior of the rear-wheel drive Opel GT concept, and now we're getting a look at the sports car's interior ahead of its debut at the 2016 Geneva Motor Show next month.

The interior is styled to mirror the exterior, with the same combination of dominant silver with red and black accents. The instrument panel is made from brushed aluminum as a visual reminder of the GT's lightweight construction, and is also a structural member, Opel says. Following in the footsteps of automakers like BMW and Tesla Motors [NSDQ:TSLA], Opel also ditched exterior mirrors. The GT features a pair of monitors at the extreme ends of the dashboard that show feed from cameras mounted behind the front wheel arches.

That's not the only thoroughly modern touch on this sports car concept. There are no buttons anywhere in the cabin; everything is controlled by voice or through the central touchpad. Opel claims the car can gradually learn a driver's preferences by analyzing things like commands and control inputs, and eventually predict what he or she wants.

The instrument cluster includes two round re-configurable displays that mimic traditional gauges. The left display always shows speed and engine rpm, while the right display can be changed to show other information like a navigation map, or even g-force readouts. Based on technology that debuted on the Opel Monza concept at the 2013 Frankfurt Motor Show, both displays can be backlit in different colors depending on the driver's mood, and display certain things in 3D.

The GT can even channel a bit of KITT and issue warnings like "Don't overlook the motorcycle behind us!" It takes backseat driving to a whole new level.

Stay tuned for the debut on the March 1 opening day of the Geneva Motor Show. In the meantime, learn about some of the other vehicles appearing at the show by heading over to our dedicated hub.