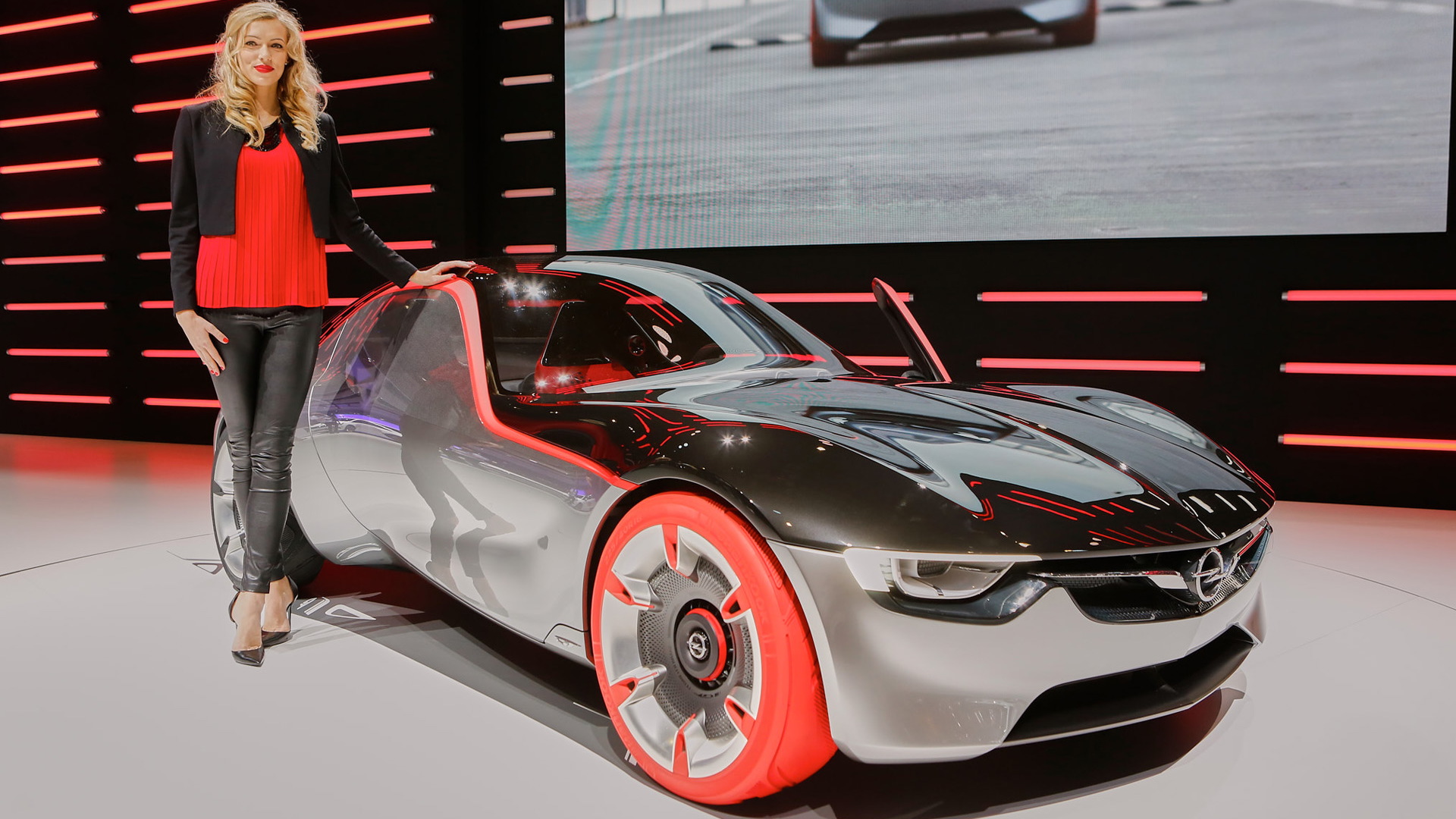 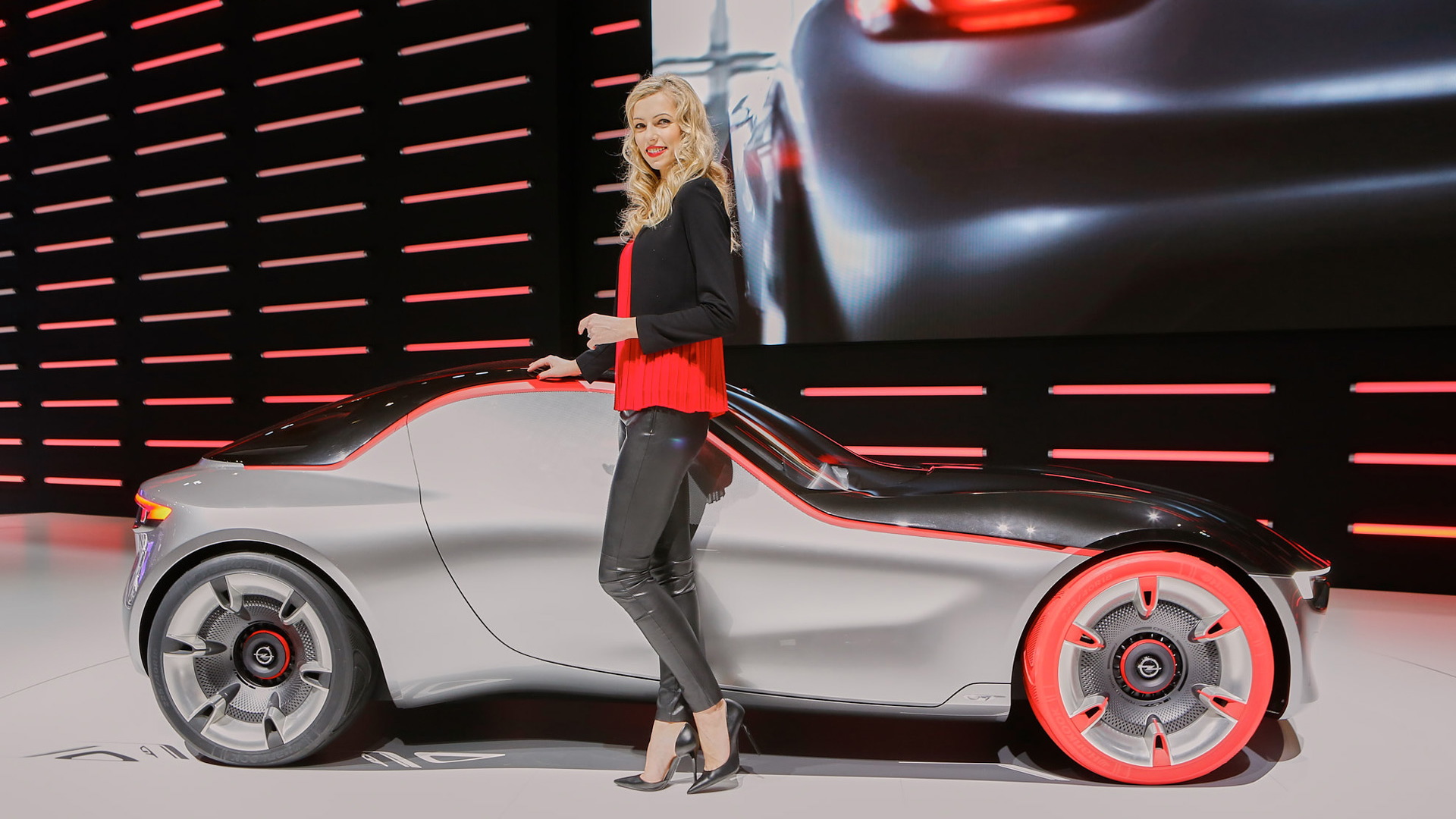 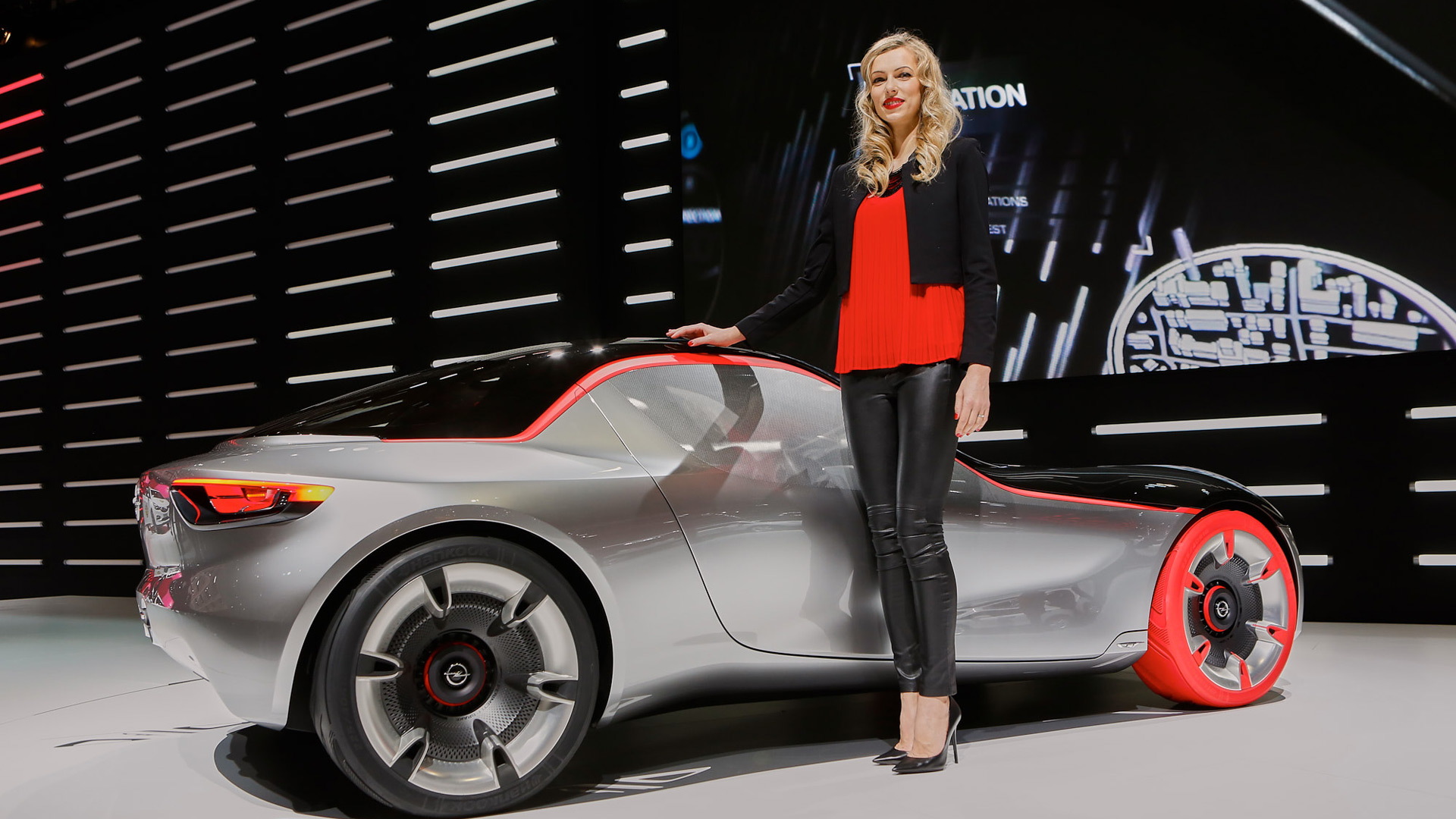 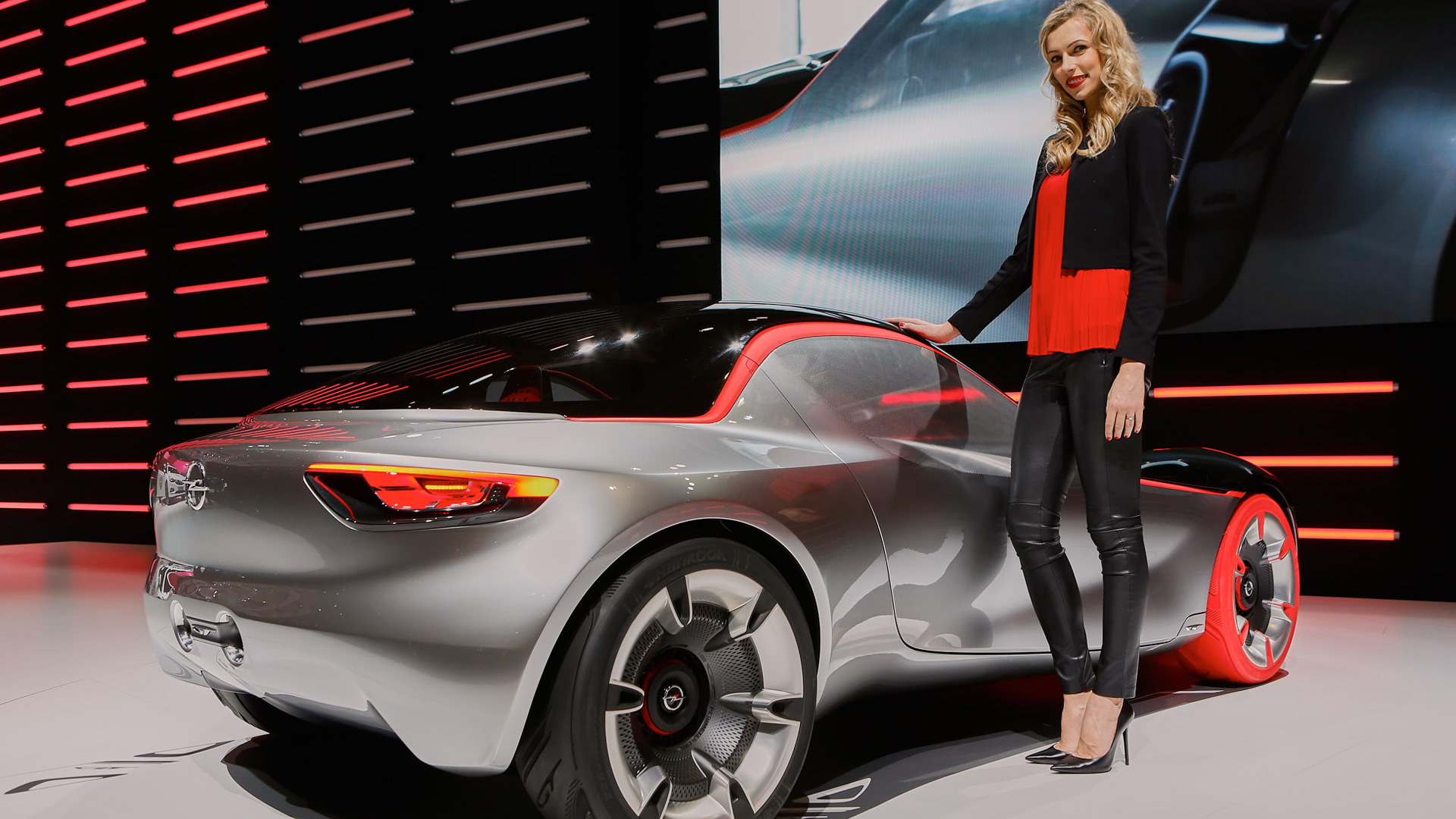 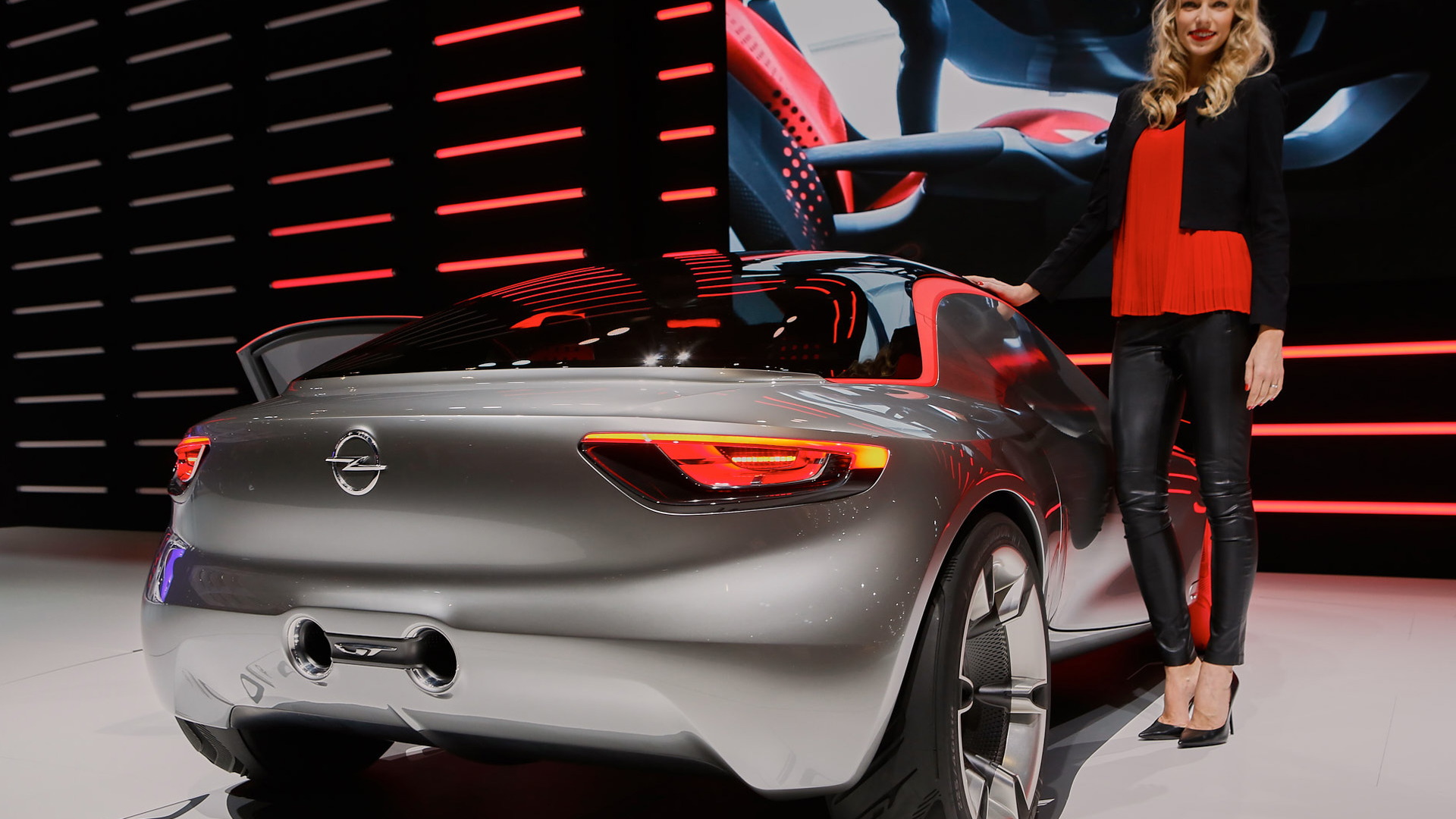 Behold the new Opel GT. The car is a concept built in true sports car form, with lightweight construction, a rear-wheel-drive layout and a cabin with only the bare essentials. It’s not clear what platform the concept rides on but perhaps it’s the one being developed for the rear-wheel-drive compact sedan Cadillac bosses have been hinting at recently.

Opel won't put this particular concept into production, though. Opel explains that it built the concept to signal the sporty, youthful image the brand is seeking. It also advances the design language Opel first previewed with the Monza concept from 2013. The design reminds us of the old Smart Roadster, though it’s much prettier and distinctively Opel.

For example, the red front tire pays homage to the Opel Motoclub 500 motorcycle from the 1920s. And the twin tailpipes, with the GT logo in the middle, alludes to the Opel Experimental GT concept of the 1965 Frankfurt Auto Show. That concept eventually went on to spawn the original Opel GT sports car just a few years later.

Powering the new Opel GT concept is a turbocharged 1.0-liter three-cylinder engine used in several production models. The engine is mounted in a front mid-ship position and directs power to the rear wheels via a six-speed sequential gearbox with paddle shifters, plus a limited-slip differential. The curb weight of this tiny two-seater is less than 2,200 pounds.

Peak output registers at 145 horsepower and 151 pound-feet torque, which delivers 0-62 mph acceleration in less than 8.0 seconds and a top speed of just over 130 mph. Not exactly exciting numbers but definitely adequate for sprinting around town.

One of the interesting innovations showcased on the concept is the  window design. The glass is integrated with the doors, with a seamless transition from glass to painted surfaces. Access to the cabin is via a touchpad surface on the roof and doors hinged near the wheel arch to create a wider opening.

The interior is styled to mirror the exterior, with the same combination of dominant silver with red and black accents. The instrument panel is made from brushed aluminum as a visual reminder of the GT's lightweight construction, and is also a structural member, Opel says.

A final innovation worth mentioning is the headlight system which features LED matrix technology, where the lights can be left with the high beams permanently on as a camera system detects other vehicles and blocks out part of the light path to prevent other drivers being dazzled.

For more from the Geneva Motor Show, visit our dedicated hub.