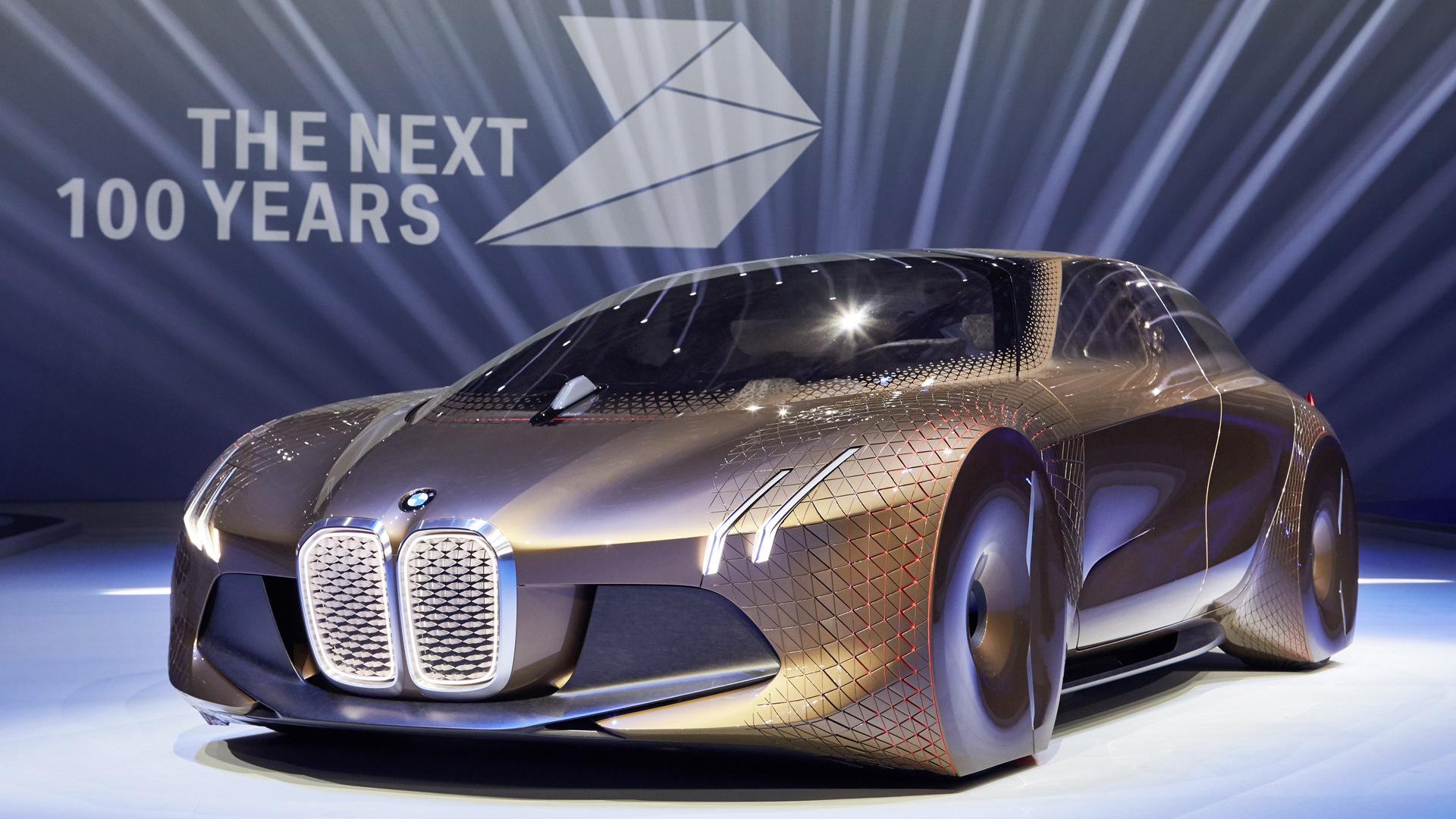 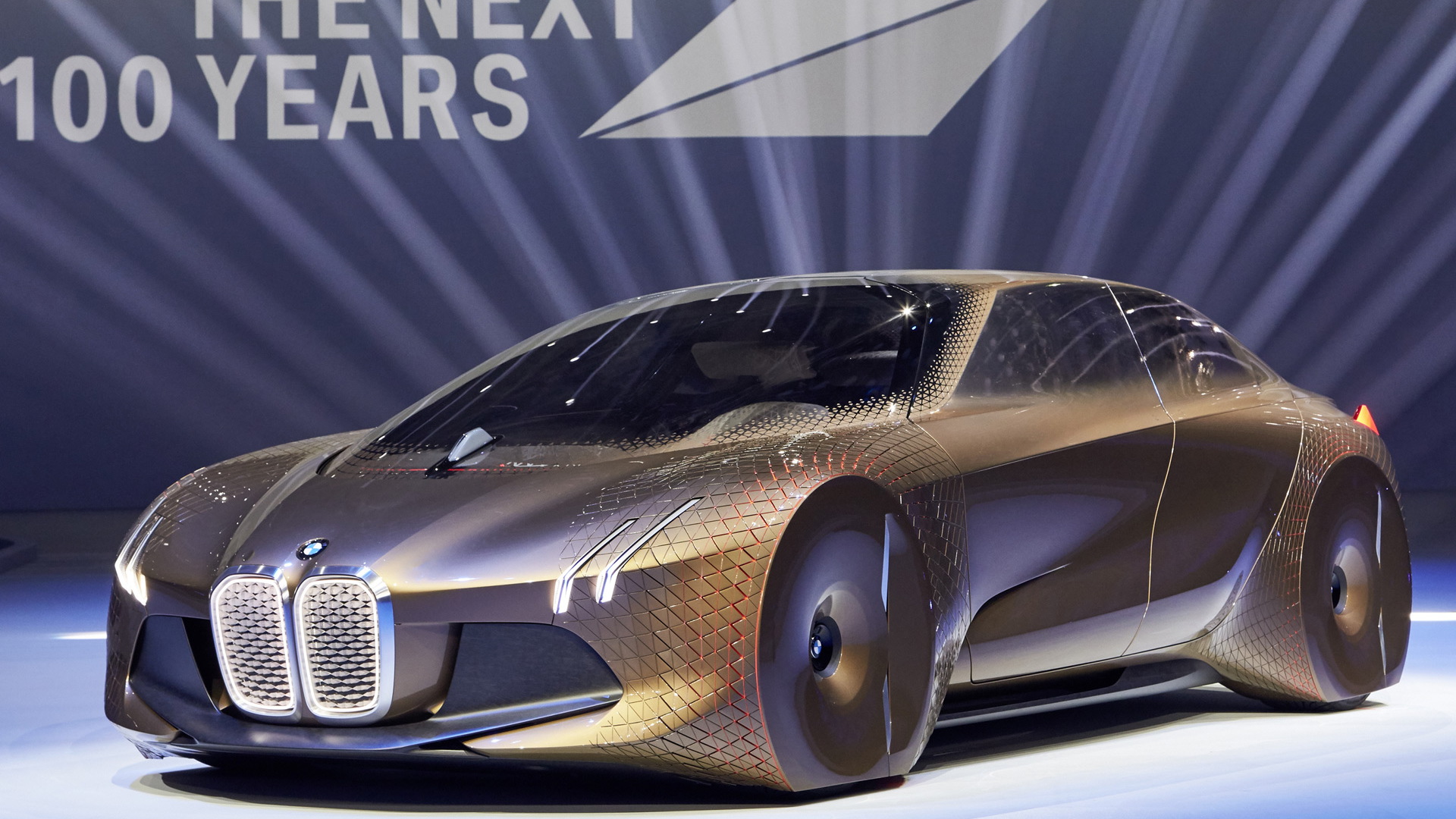 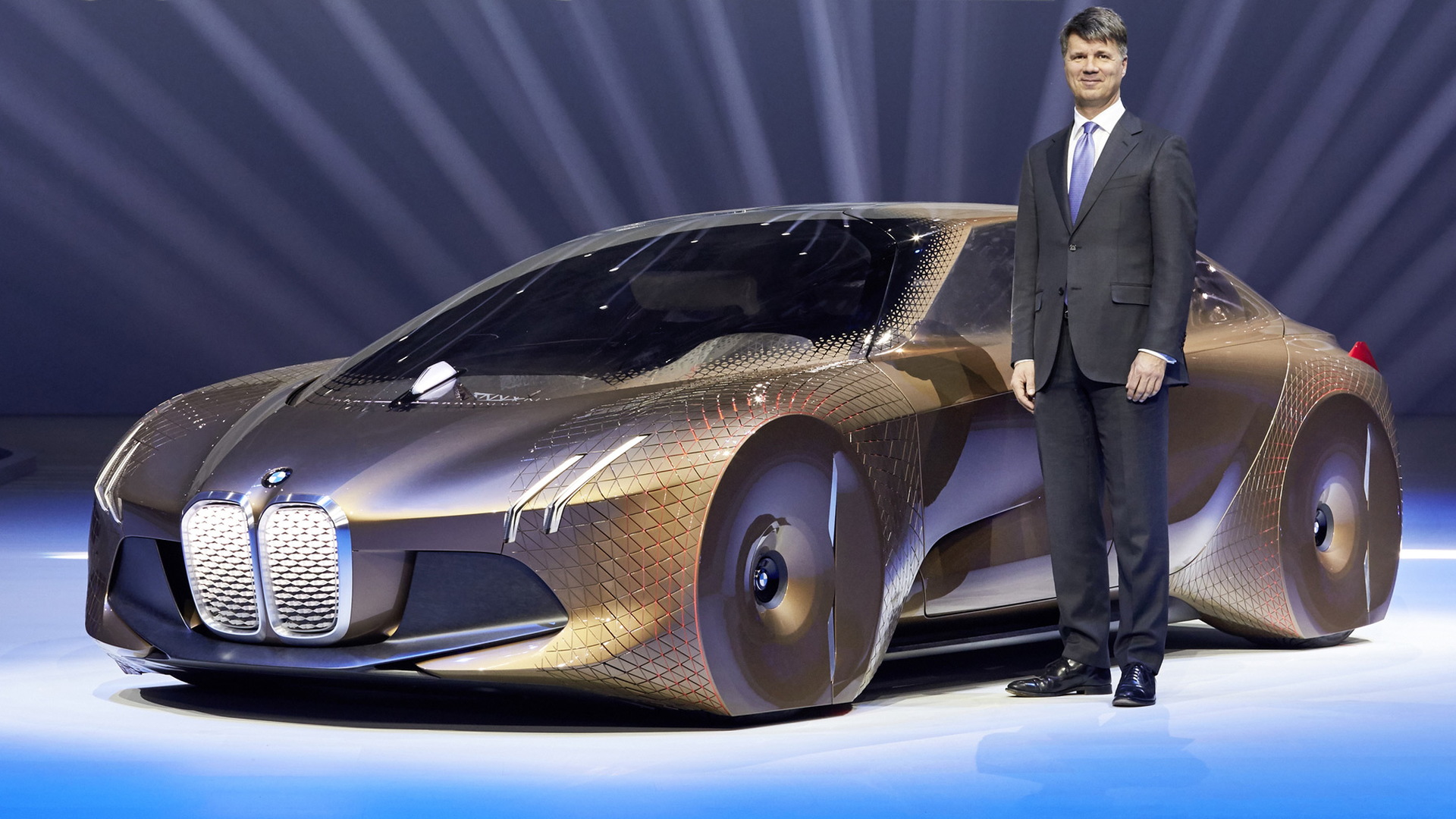 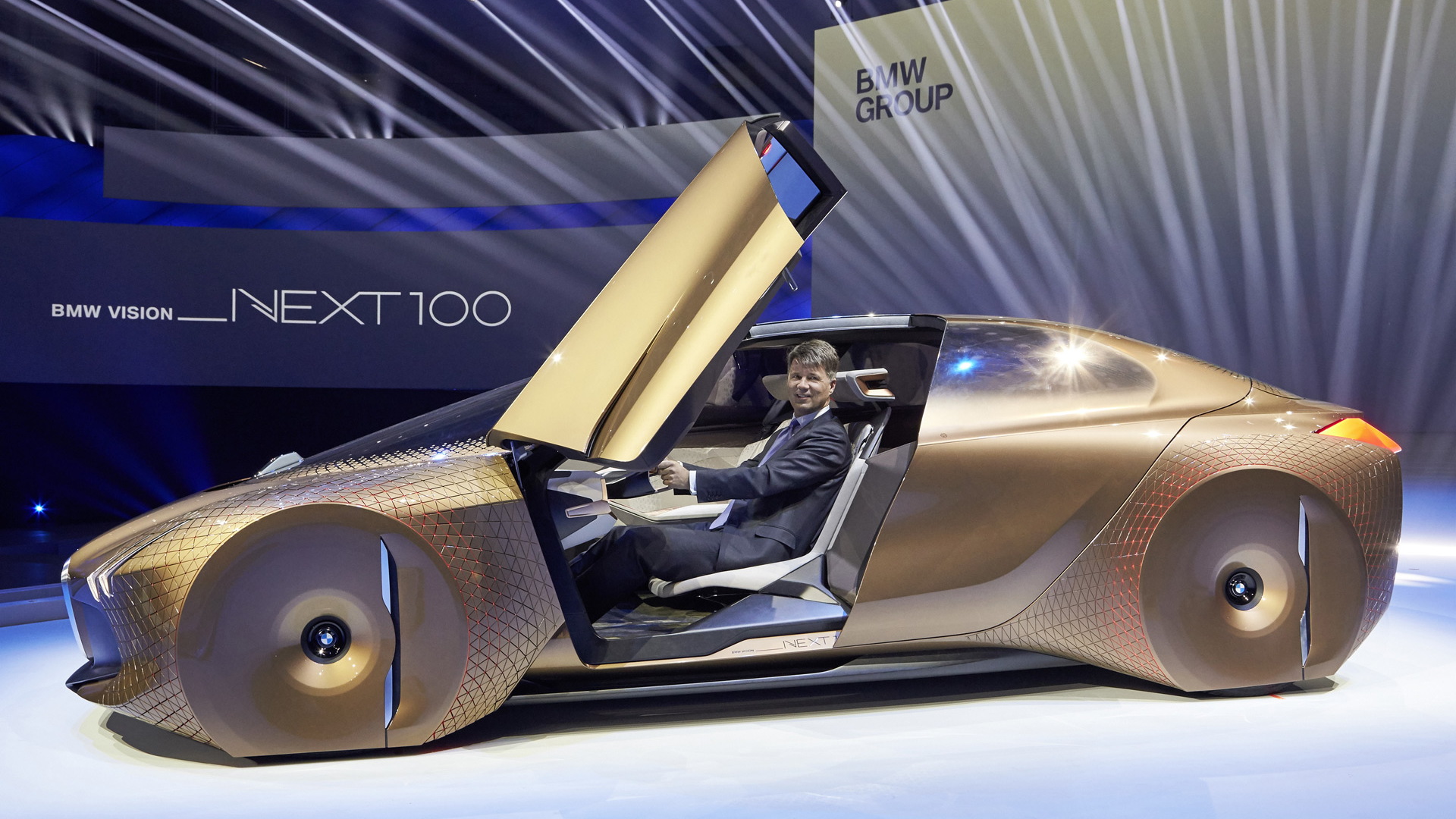 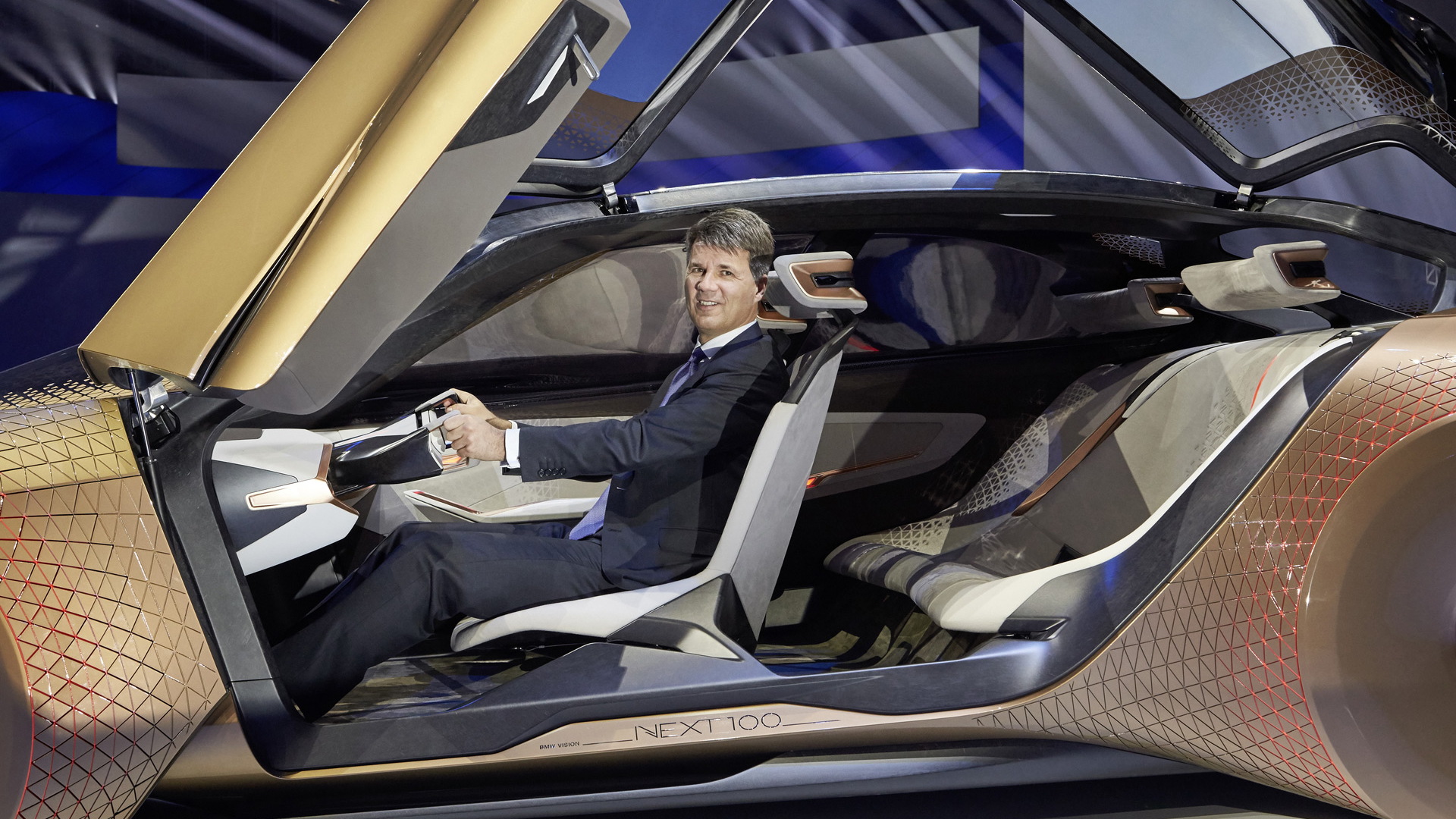 It was 100 years ago today that the company currently known as the Bayerische Motoren Werke was first registered, though it would be more than a decade until it started churning out cars. Nevertheless, BMW is keen to celebrate and is doing so with a gala event today in Munich, Germany that saw the reveal of the Vision Next 100 concept.

The Vision Next 100 is the first in a series of forward-looking concepts, one for each division within the BMW Group (BMW, BMW Motorrad, Mini and Rolls-Royce), and much like the F015 concept unveiled a year ago by Mercedes-Benz, the Vision Next 100 produces zero emissions and is capable of autonomous driving.

Specific details on the concept are yet to be revealed but there are four main capabilities BMW wants to stress. Autonomous capability, digitalization, new materials and construction methods, and emotion. 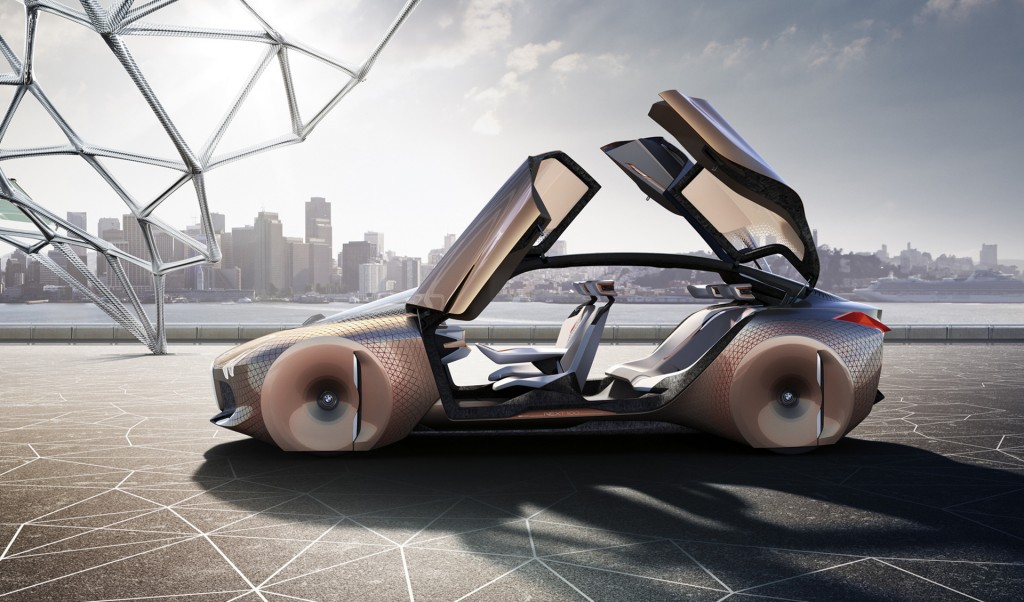 When it comes to autonomous capability, BMW says cars capable of driving themselves without any human intervention will be here sooner than you think. But a BMW will always allow a human to take over, the company promises.

Beyond self-driving capability, BMW says the digitalization of the car will also be major area of focus in the coming years. The company says to expect further convergence of the auto and tech industries, with new ways of interacting with the car, such as artificial intelligence predicting many of our wishes and working away in the background to perform the jobs we delegate to it, being one of the results. BMW wants the interaction process to be as intuitive as possible.

New materials will also play a significant role in the further evolution of the car, according to BMW. This has already started with the increasing use of carbon fiber and other composites instead of conventional steel. Looking further forward, technologies such as rapid manufacturing and 4D printing (3D-printed materials that change depending on conditions) will open up new possibilities. 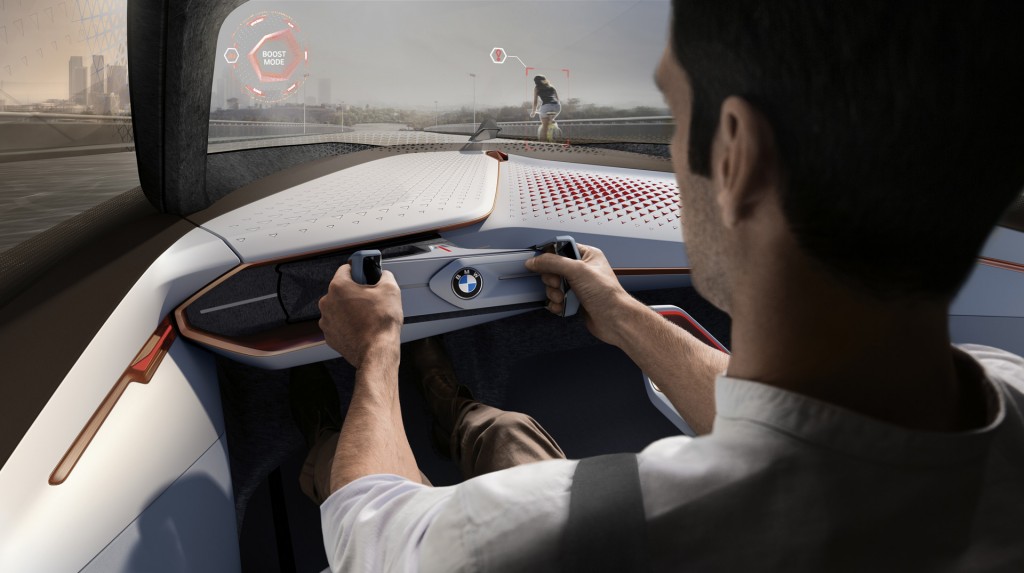 One of the more interesting aspects of the concept is a technology called Alive Geometry. These are elements of the car, some of which are constructed via the aforementioned 4D printing, that can change their shape and even interact with the driver. One very practical example of this Alive Geometry are exterior panels that change shape to aid aerodynamics. For instance, when the wheels turn as the vehicle is steered, the bodywork keeps them covered as if it were a flexible skin. This helps the Vision Next 100 concept achieve an extremely low drag coefficient of 0.18.

Finally, BMW says its vehicles of the future will still provide the feel fans of the brand enjoy today. This includes sporty handling, a sense of power when you hit the accelerator and the anticipation of a great drive ahead. These are all things BMW hopes to retain.

During the coming year, the Vision Next 100 concept will visit some major cities. The first top will be Beijing on May 5. The concept will then head to London on June 16 where similar forward-looking concepts for Mini and Rolls-Royce will be unveiled. The last stop will be Los Angeles on October 11 where we’ll see a BMW Motorrad concept unveiled.