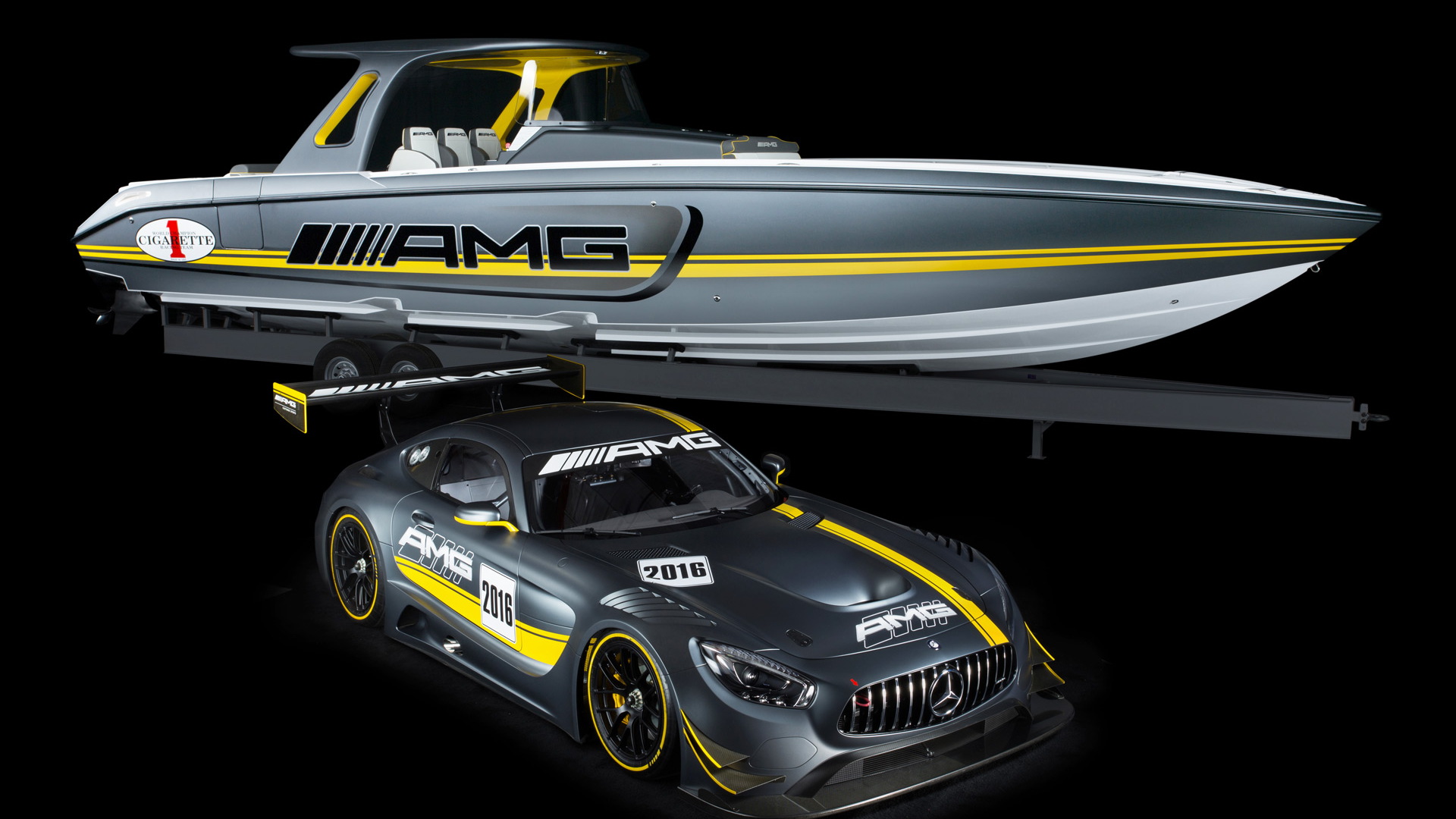 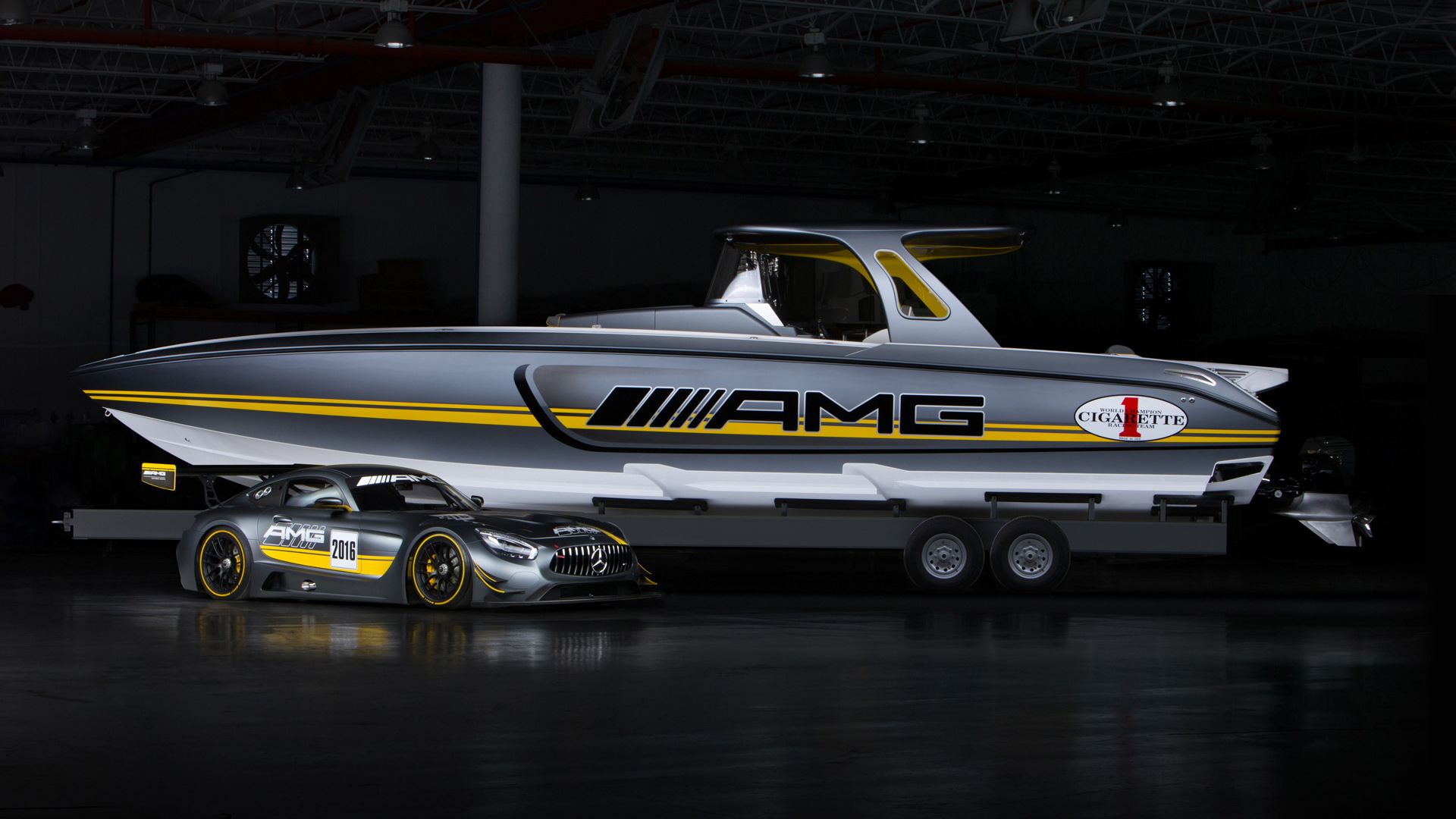 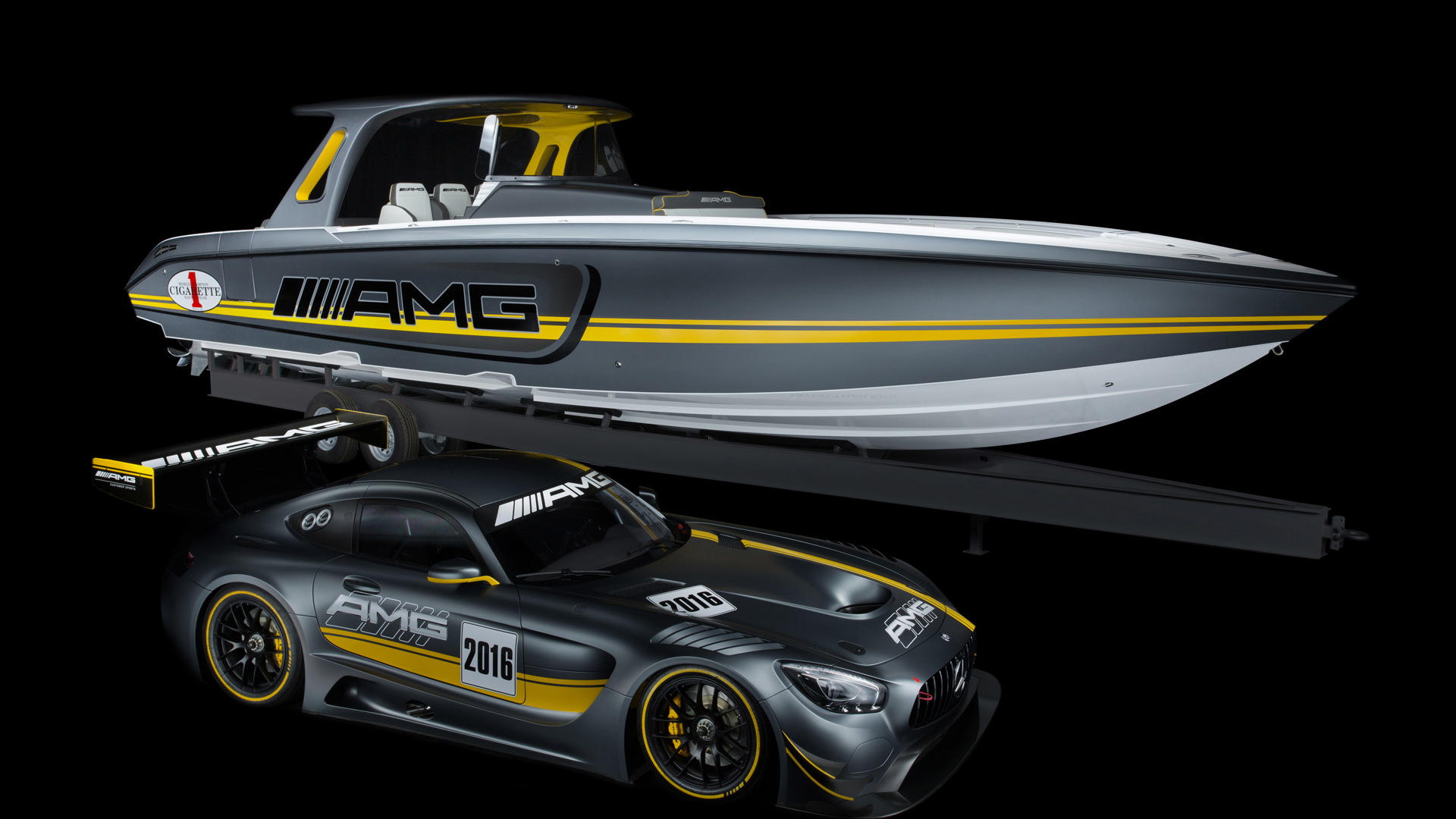 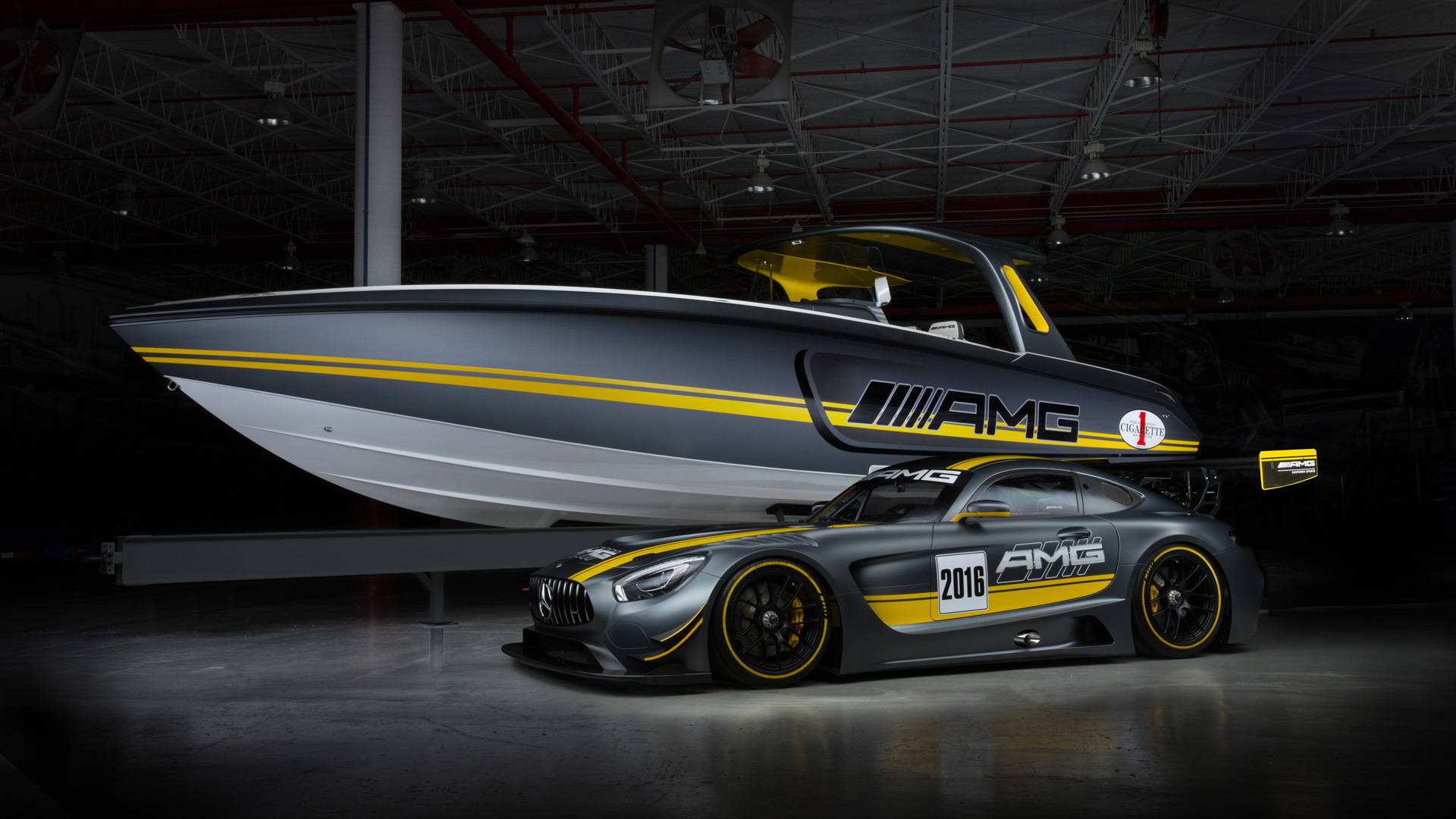 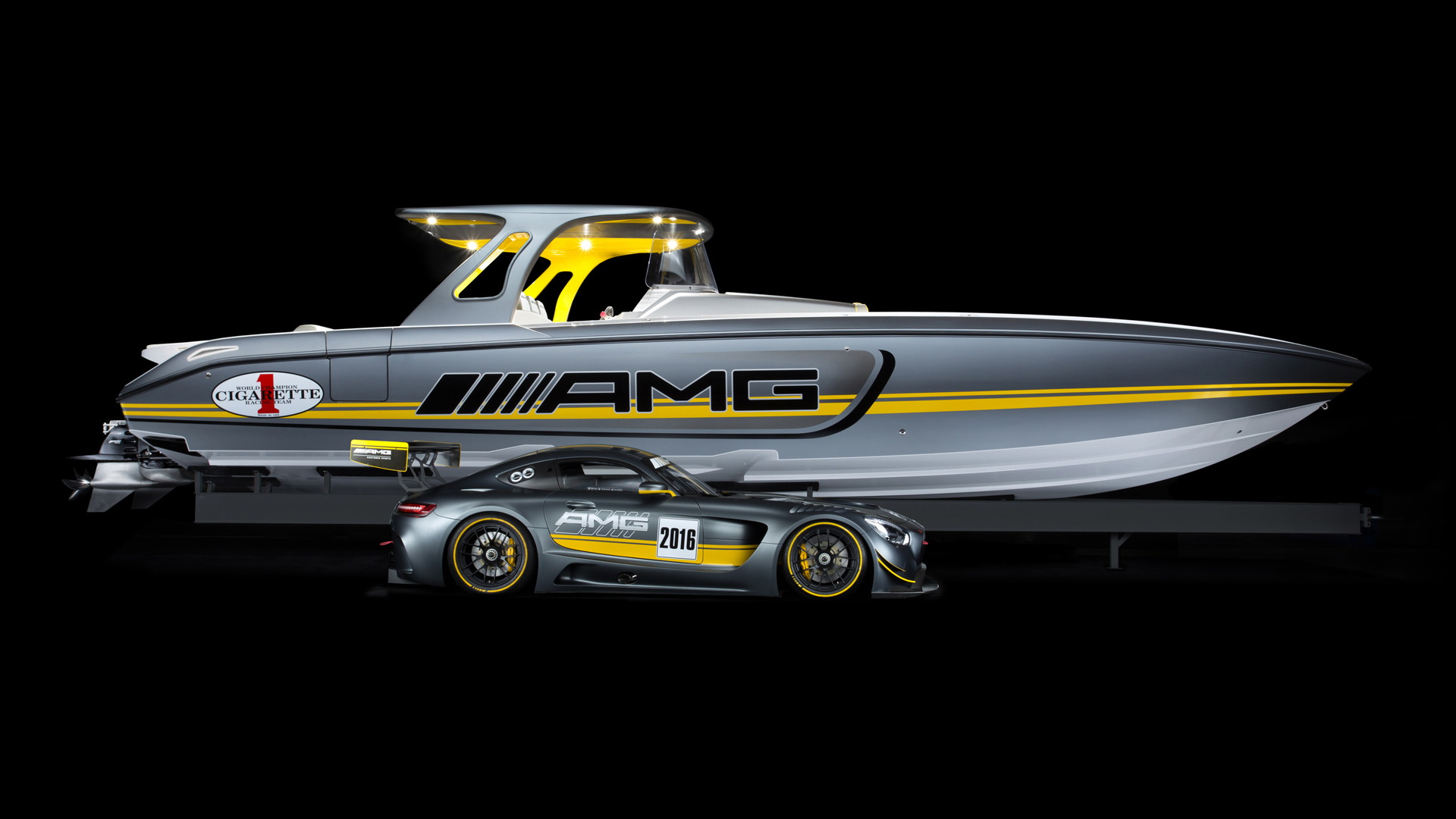 Florida’s Cigarette Racing, manufacturer of some of the world’s fastest boats, has revealed a new racing boat inspired by the Mercedes-AMG GT3 race car. This is the sixth-consecutive year of the partnership between Cigarette Racing and Mercedes-AMG, and the duo’s latest creation may just be the most extreme yet.

The new boat is called the 41’ SD GT3, and it’s described as the most powerful open performance boat ever produced by Cigarette Racing. Out back sit a pair of Mercury Racing engines that each deliver 1,100 horsepower. This is enough to easily propel the 41-foot boat to a prop-limited top speed of 100 mph. The weight is said to be just over 20,000 lb.

But the link between the boat and the Mercedes-AMG GT3 go beyond just performance. For example, the design boss of Mercedes, Gorden Wagener, was in charge of the design of the interior of the 41’ SD GT3. It features many of the elements used in Mercedes’ car range such as leather, wood and matte finishes. There is also plenty of tech such as three 17-inch digital displays, Bluetooth connectivity and next-generation navigation and audio systems.

“We are thrilled to partner with the Mercedes-Benz performance brand again this year to design our fastest open performance center console powerboat yet,” Cigarette Racing CEO Skip Braver said in a statement. “The 41’ SD GT3 embodies our brand’s commitment to innovation and craftsmanship and once again shows the strength of our collaboration with Mercedes-AMG.”