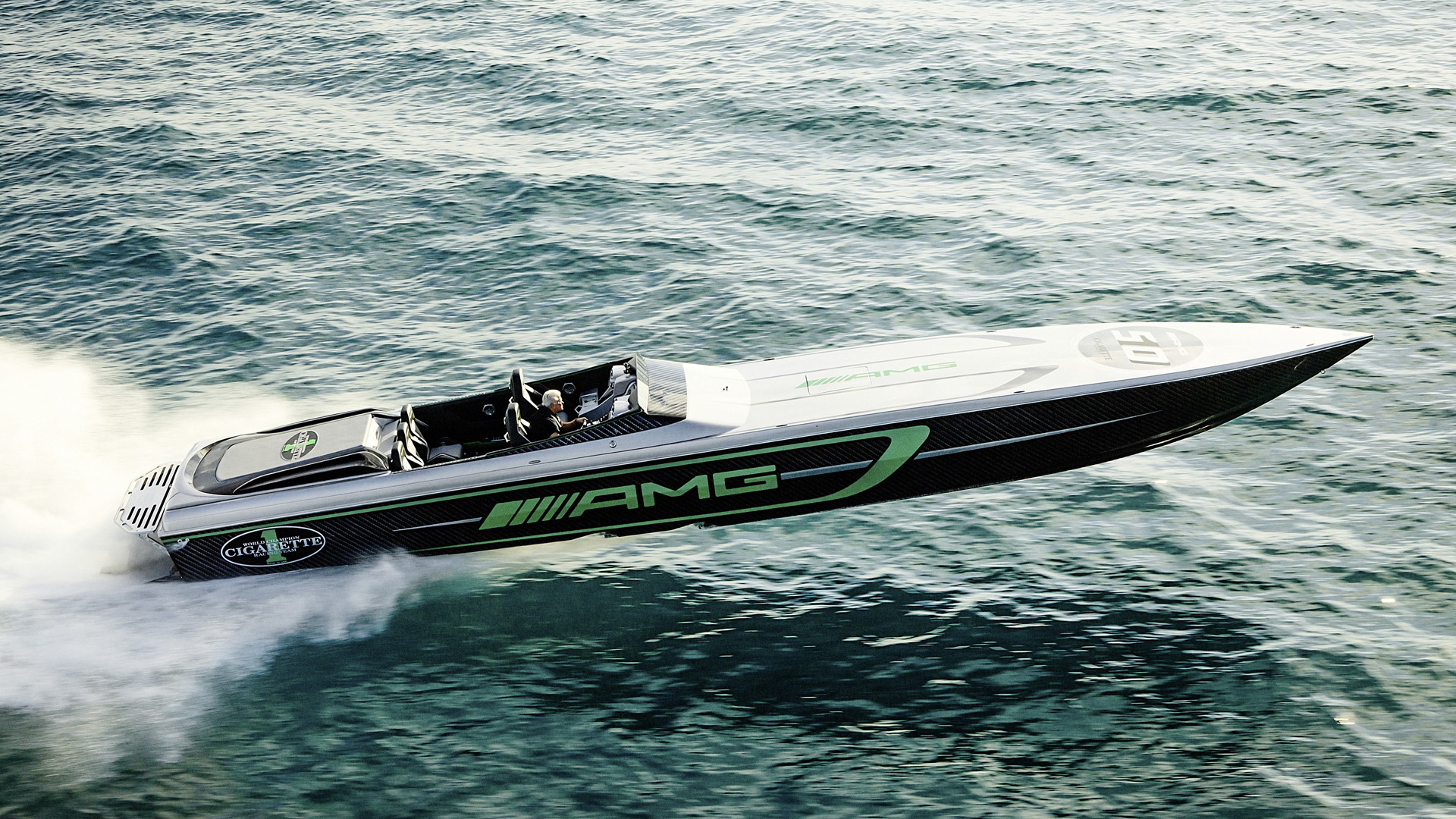 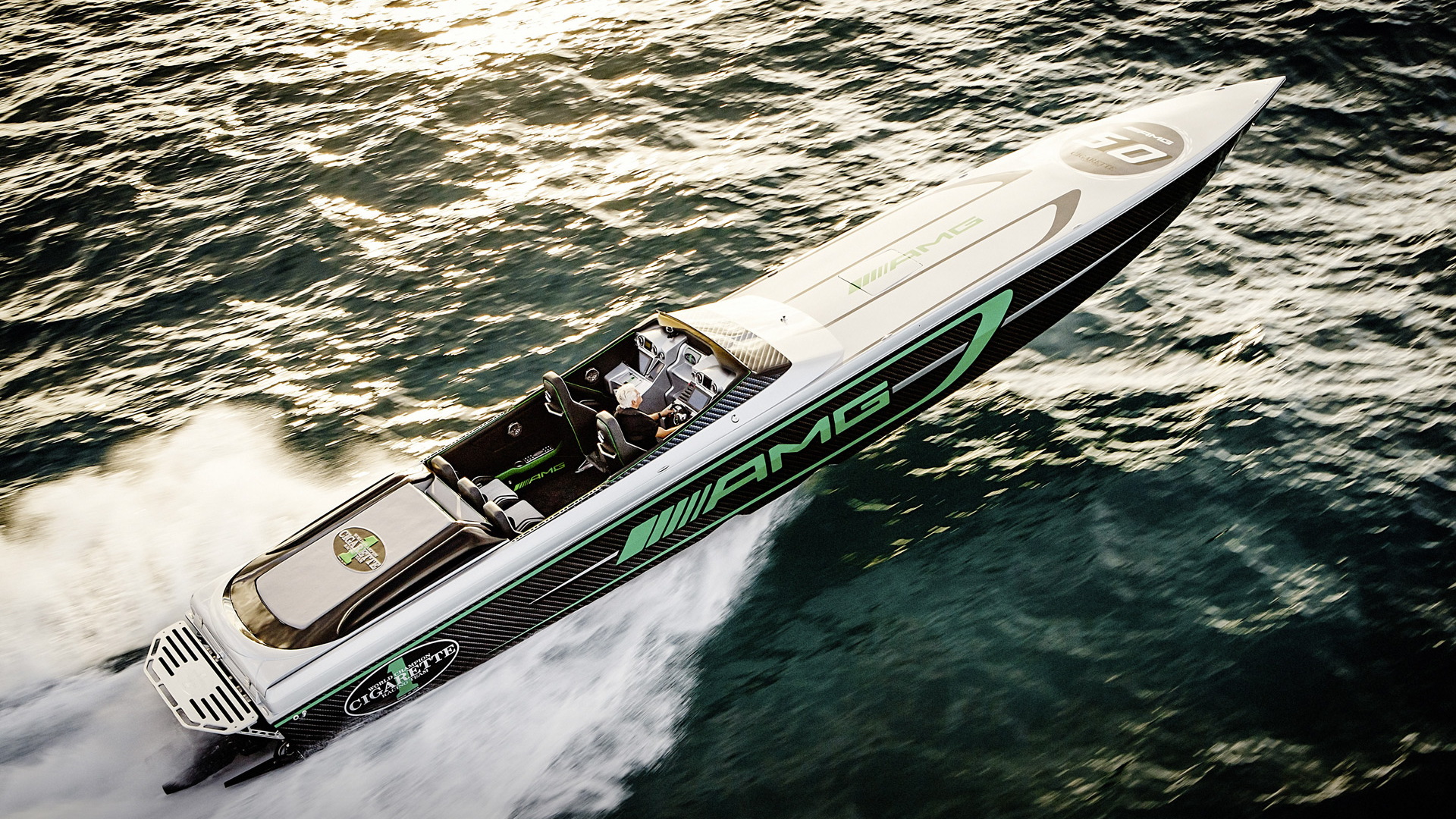 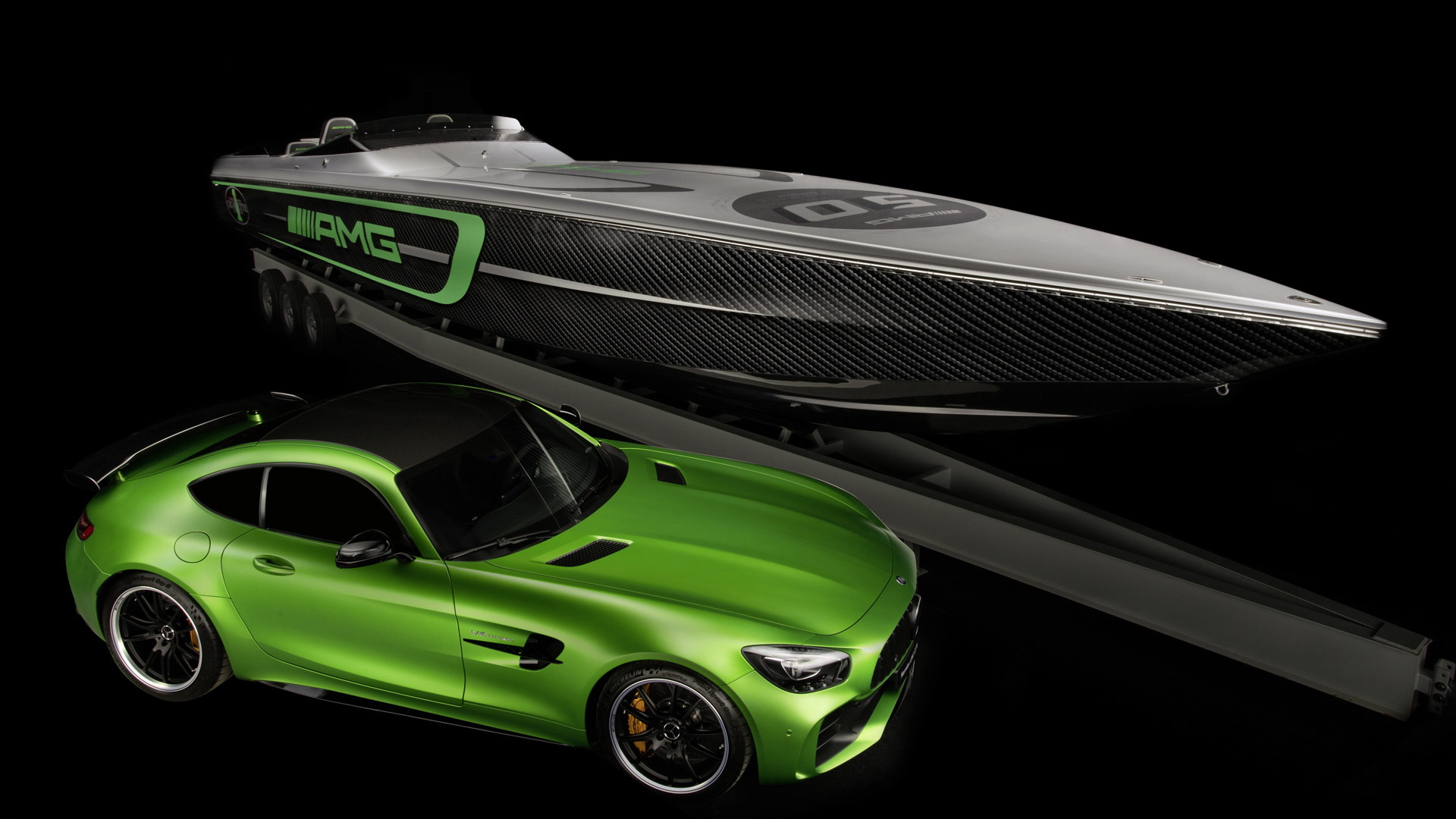 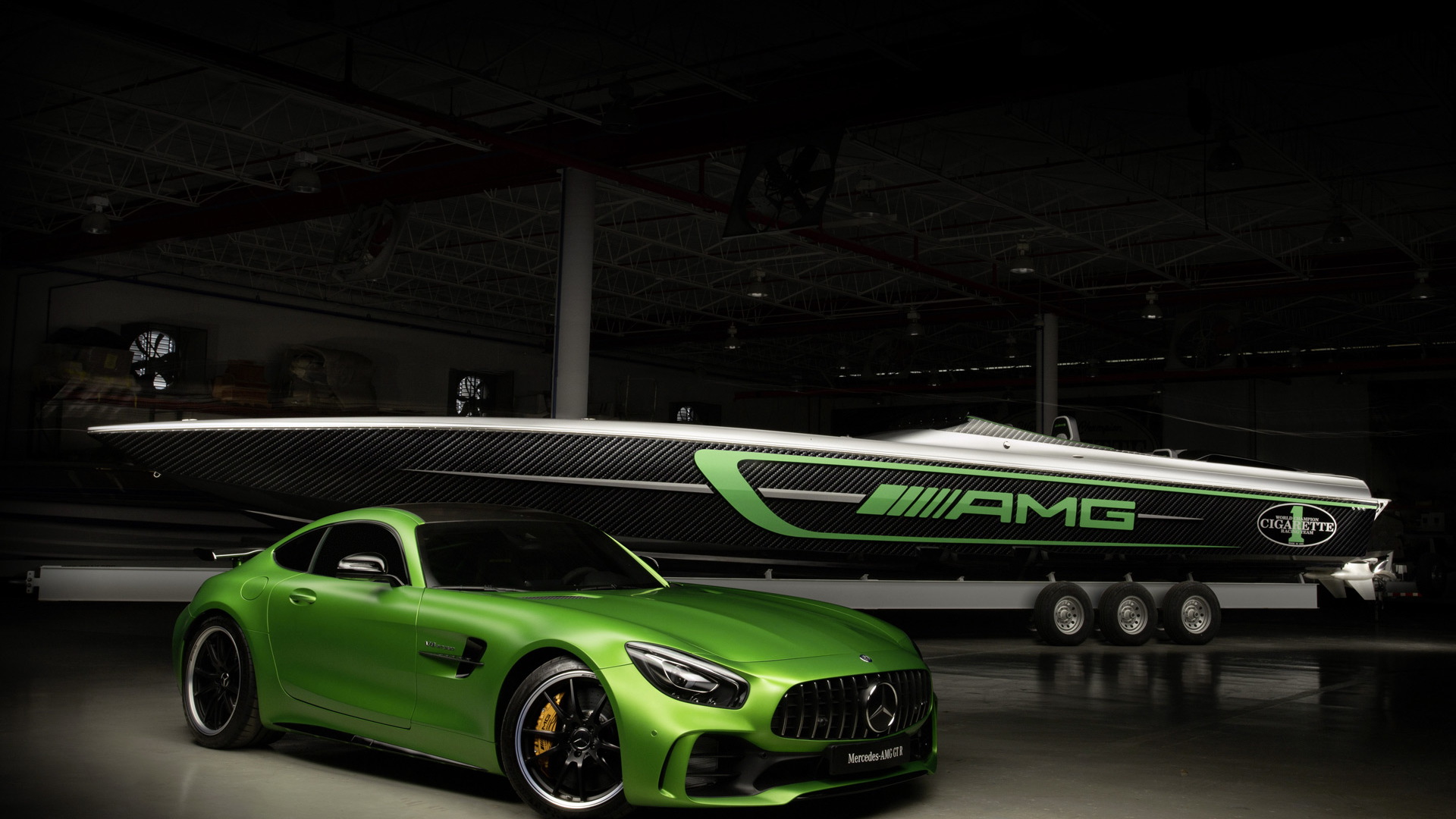 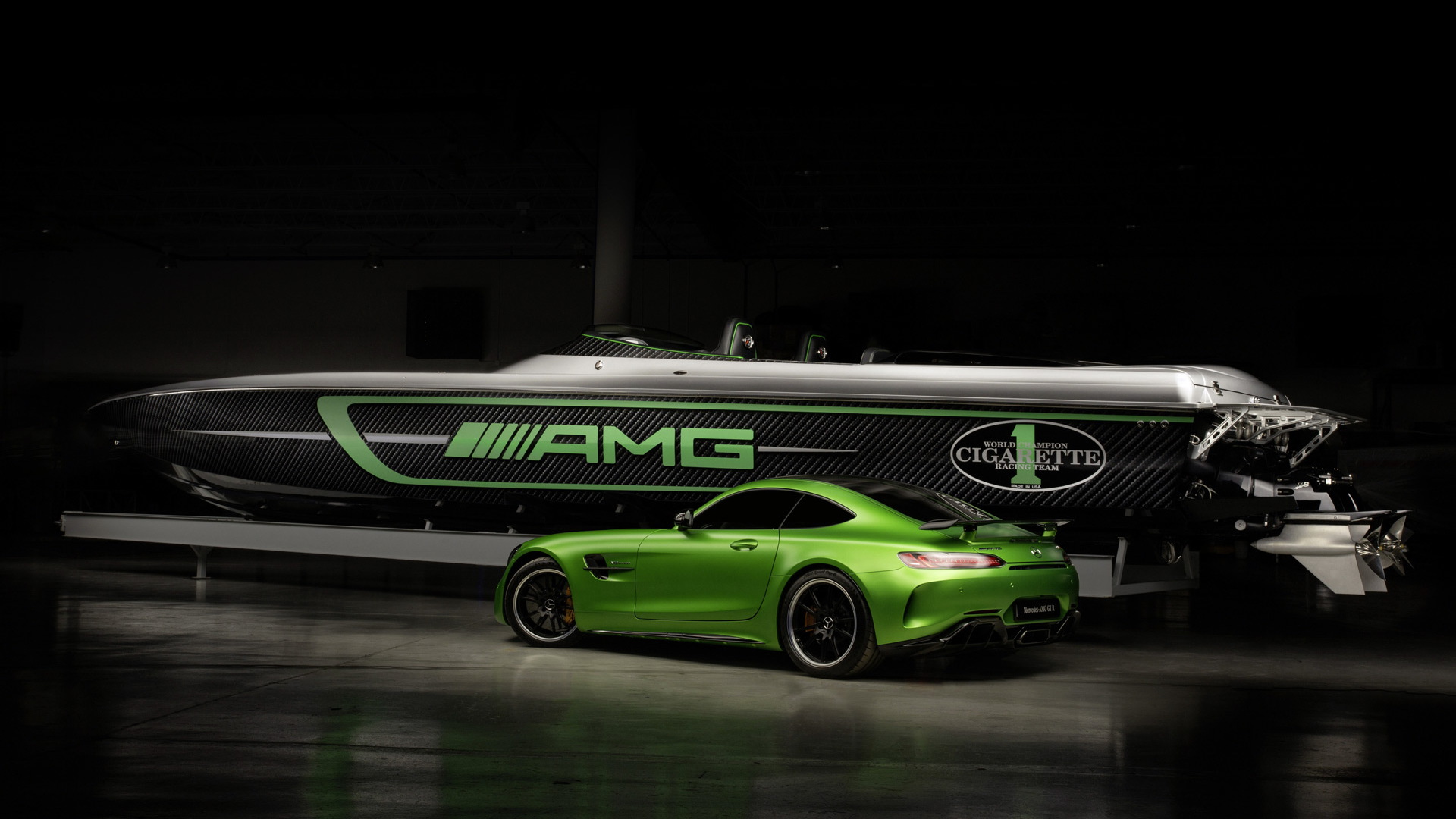 The folks at Florida's Cigarette Racing build some of the coolest-looking speedboats in the business, and the coolest of them all is the Marauder series.

Stretching 51 feet and 7 inches in length, these come with not one but two top-of-the-line Mercury Racing V-8 engines delivering a combined 3,100 horsepower on race fuel (2,700 hp on regular) and can hit a top speed in excess of 135 mph.

For the past decade, Cigarette Racing has been building boats inspired by members of the Mercedes-AMG lineup. With the tuner celebrating its 50th anniversary this year, Cigarette Racing joined in on the celebration by unveiling a new Marauder inspired by the GT R sports car. It was unveiled Thursday at the 2017 Miami boat show.

A special logo on the bow highlights the anniversary and on the boat's flanks is the AMG logo in Green Hell Magno, the hero color for the GT R. Another special touch is the interior, which features seat inserts crafted by AMG with a unique and striking geometric patterning.

Like one of AMG’s cars, carbon fiber was employed extensively in the construction to help shed more than 1,300 pounds. The deck, cockpit and consoles were developed using advanced laminate techniques and are all constructed from carbon fiber with a foam core. More of the lightweight stuff is used for the engine cover.

Cigarette Racing began its partnership with AMG in 2007, primarily for organizing joint customer and marketing activities. Since then the company has revealed eight AMG-inspired speedboats. The latest is now available to order.