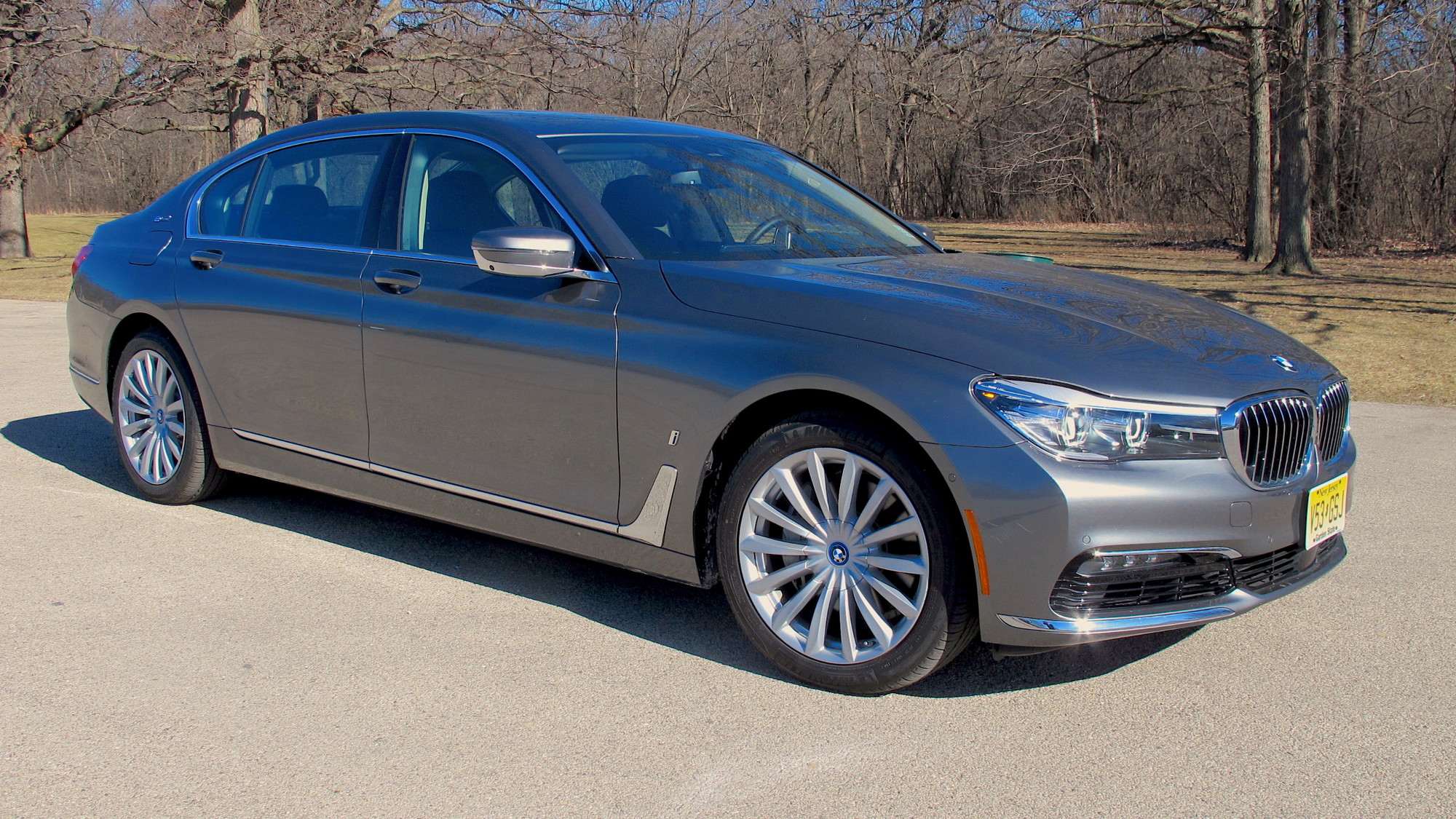 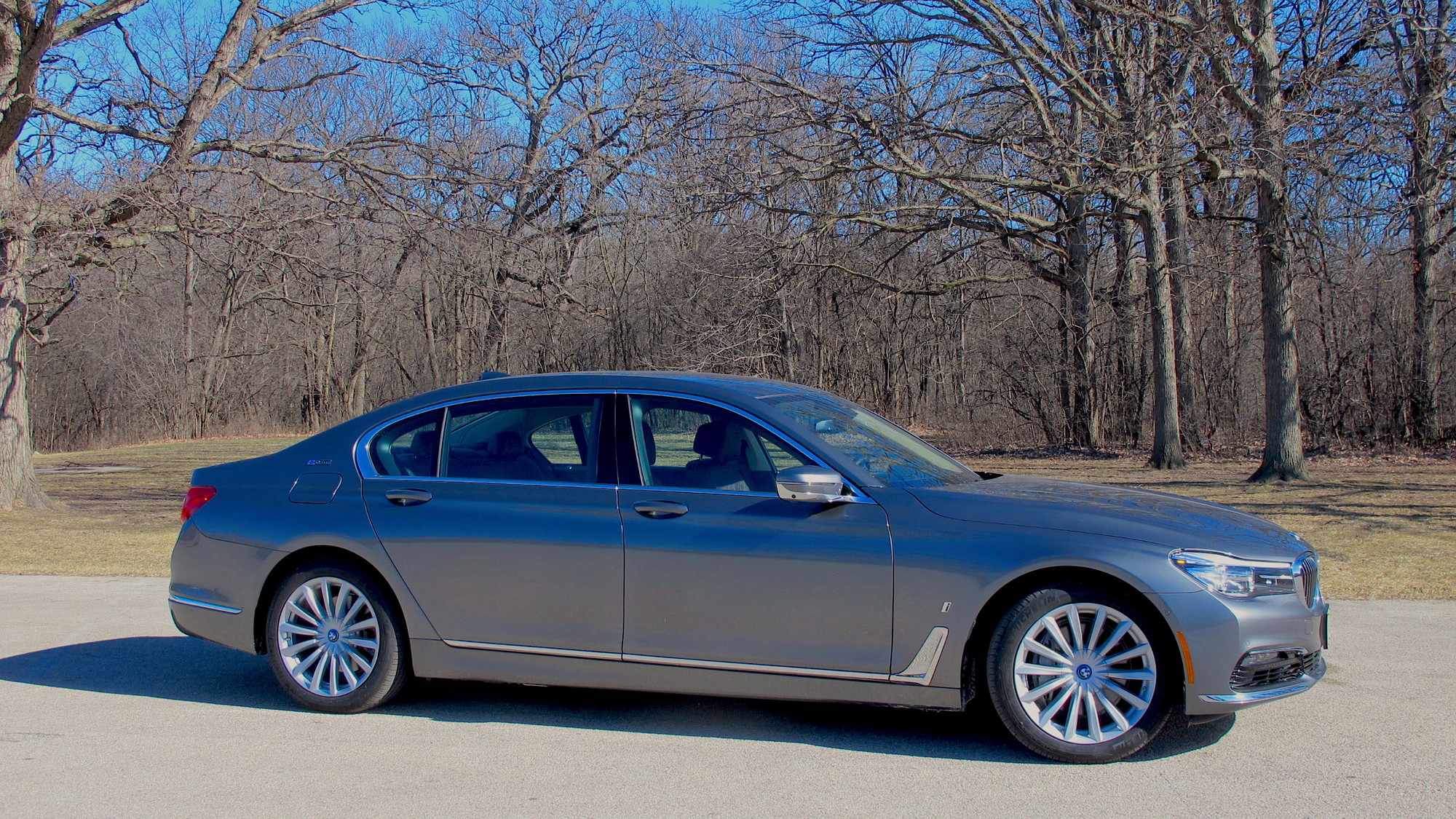 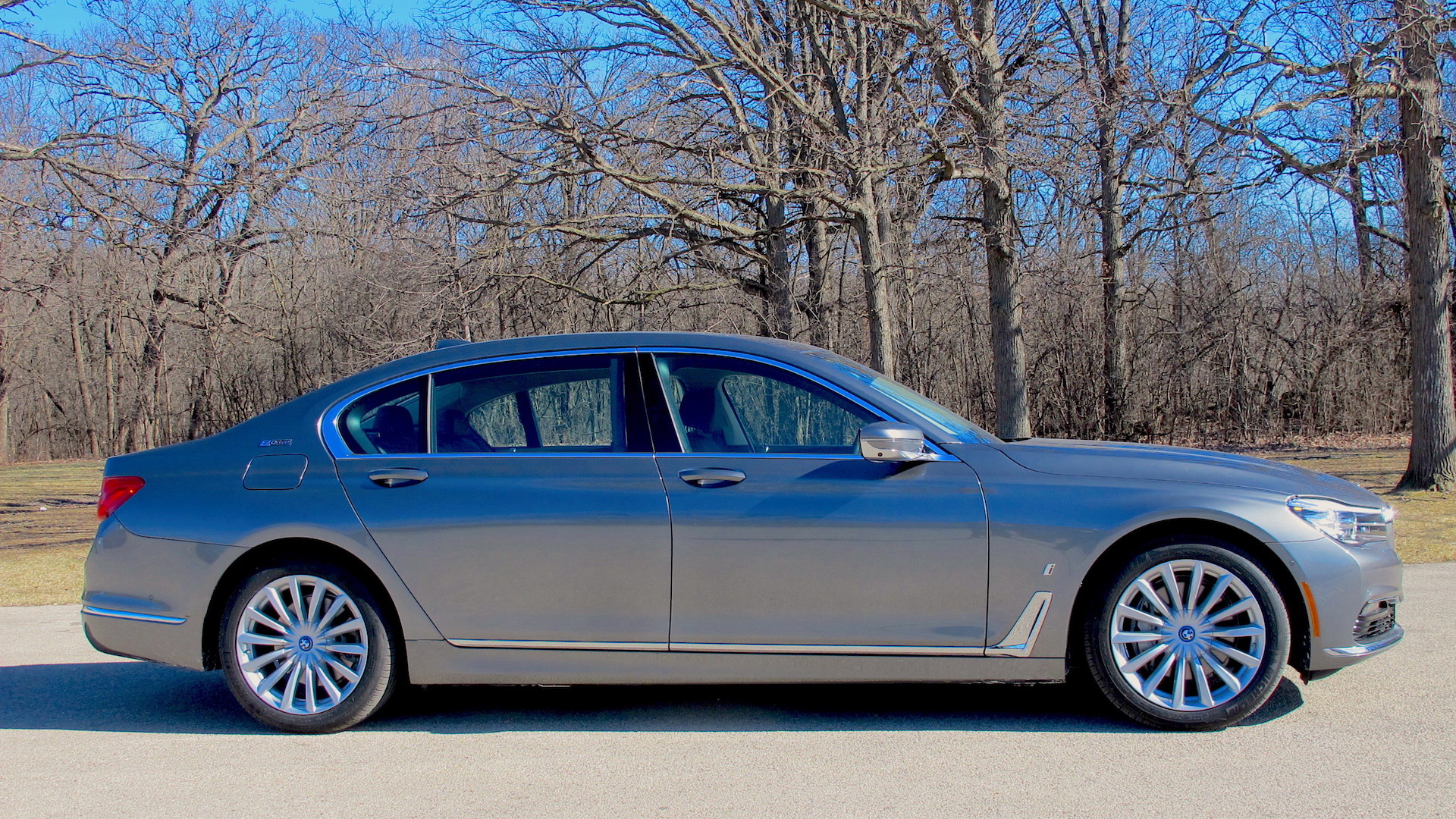 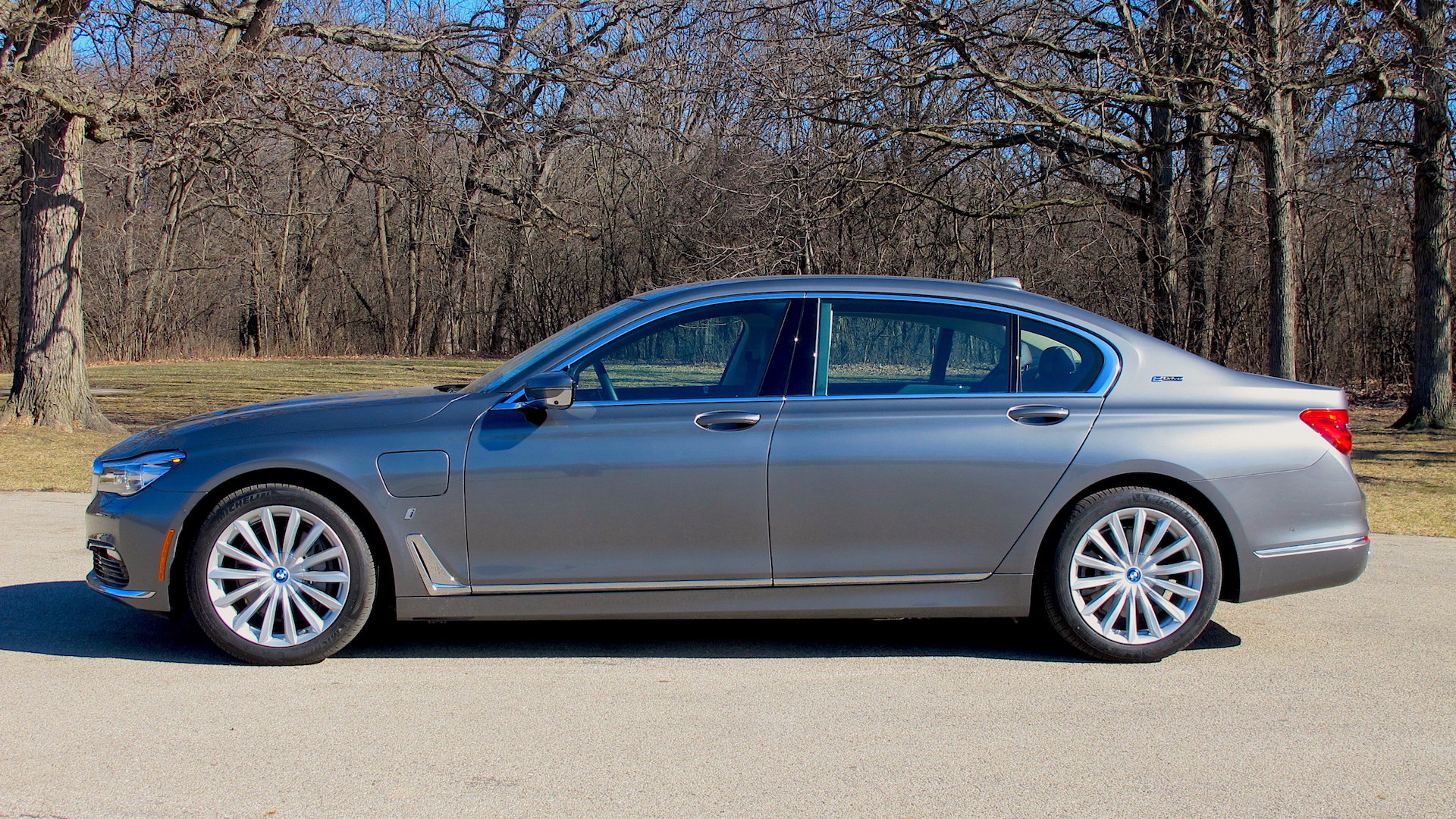 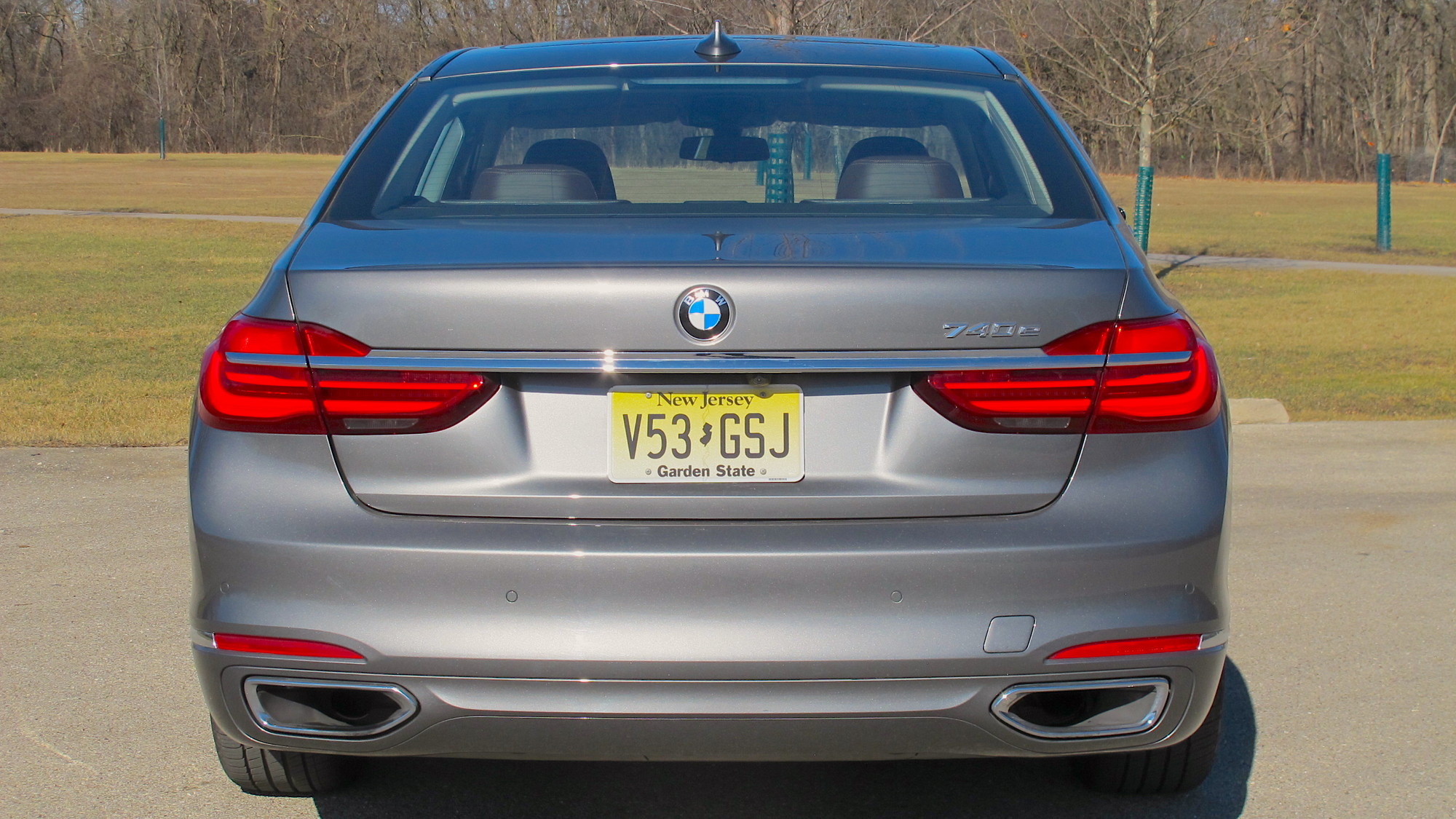 The word hybrid is indelibly attached to the Toyota Prius, a vehicle renowned for its frugality. And when the suffix plug-in is added, perhaps the first car to come to mind is the Chevrolet Volt. Both cars are true green machines that save owners money over the course of ownership, as well as at the pump.

BMW thinks it has the answer. It's the 2017 BMW 740e xDrive iPerformance, and it's the car that I've been trying to wrap my head around for the past week. 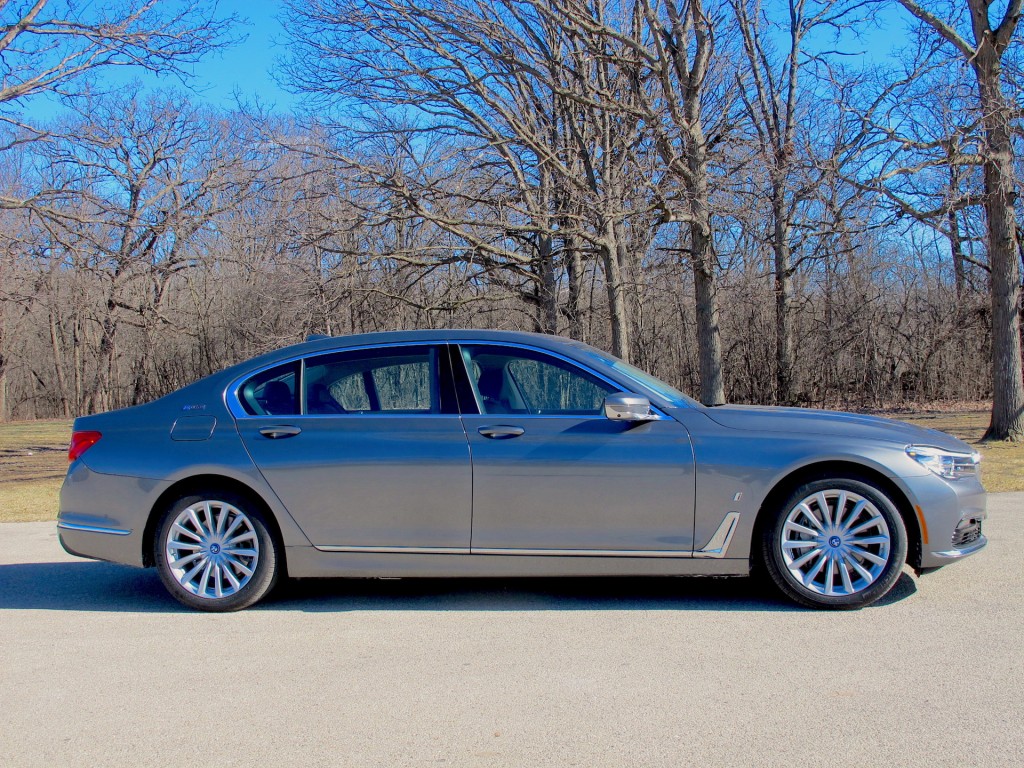 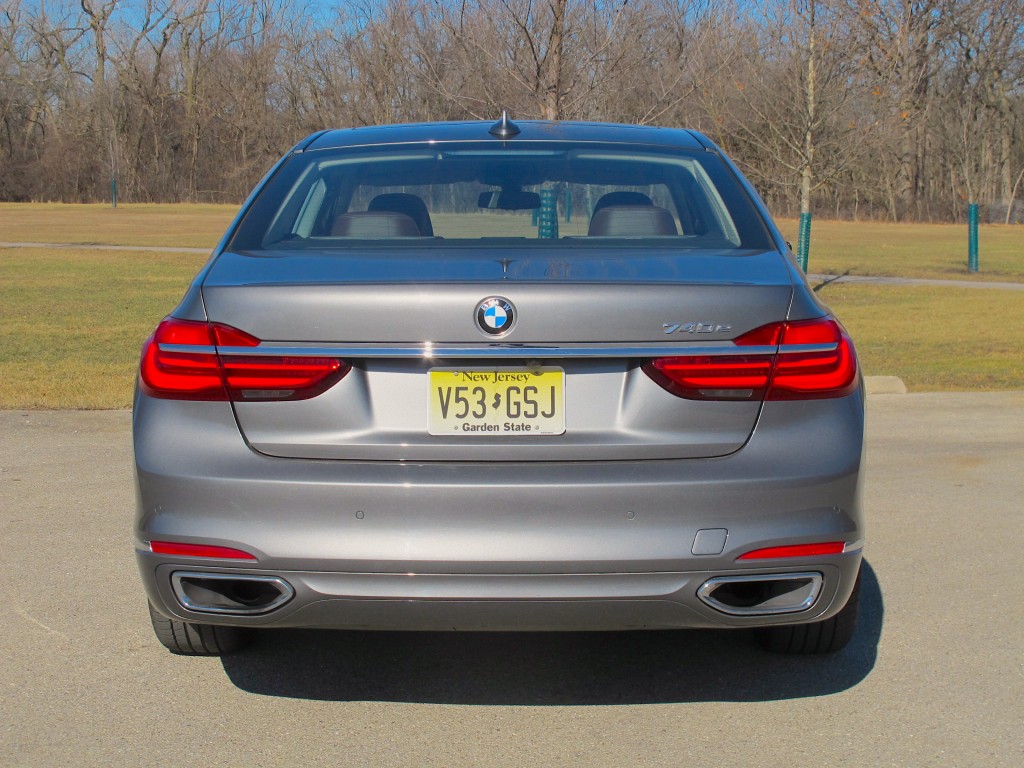 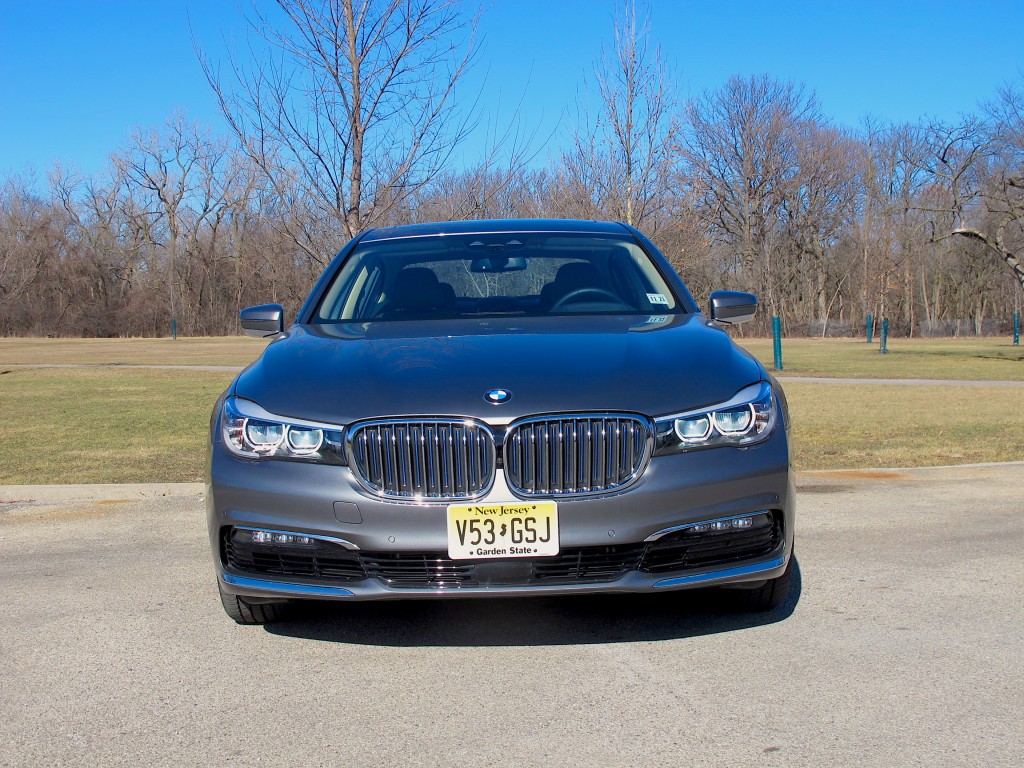 The 740e is powered by the same hybrid system as found in the X5 xDrive40e. It features a turbocharged 2.0-liter 4-cylinder that produces 255 horsepower from 5,000 to 6,500 rpm and 295 pound-feet of torque from 1,500 to 4,000 rpm. The engine is mated to an 8-speed automatic transmission that houses an electric motor--what BMW calls an electrical machine--that can put out 111 horsepower and a maximum of 184 lb-ft of torque. The motor actually substitutes for a torque converter and it can power the car or act as a generator for the battery. Total system power is 332 horsepower and 369 lb-ft of torque.

BMW's xDrive all-wheel-drive system is standard, and so is a plug to charge the 9.2-kwh lithium-ion battery pack located under the rear seat. Of that 9.2 kwh, 6.5 are actually usable, as BMW leaves room at the top and bottom of the charge range to keep the battery in good shape and let the motor continue to aid the engine even when the EV driving range is depleted. The battery can be charged in under three hours on a 240V outlet or less than seven hours on a 120V outlet.

On a full charge, the battery can power the can on electricity alone for 14 miles, according to the EPA. The EPA also rates the 740e at 27 mpg in combined city and highway driving and gives it a 64 MPGe rating (a measure of how far a car can travel electrically on the same amount of energy as is contained in 1 gallon of gasoline). Those are not headline-worthy numbers by any stretch. 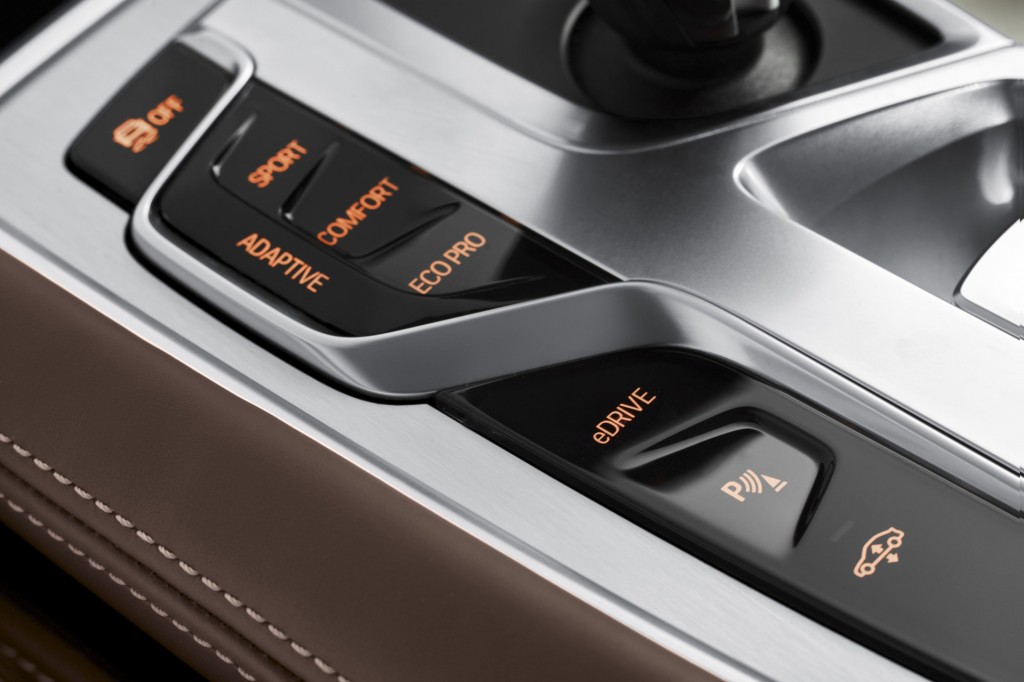 Pick your mode and your level of electricity

The 740e has three to six driving modes, depending on how you define and categorize them. The various modes—Auto eDrive, Max eDrive, Battery Control, Eco Pro, Comfort, and Sport—use the electric motor differently, and some adjust the steering, transmission, throttle, and suspension.

The default mode that BMW seems to be hinting it wants the 740e to use most often is Auto eDrive, which aims to maximize the car's electric range and uses the motor to aid the gasoline engine for best efficiency. Eco Pro and Comfort fall under Auto eDrive. In Eco Pro, electric boost from the motor is only accessible if you kick the throttle down hard past a detent toward the end of the pedal travel. Eco Pro also enables a freewheeling function that shuts off the engine between 25 and 100 mph when cruising along.

When in Eco Pro, there is an e indicator along the bottom of the digital instrument cluster that measures the amount of miles you've driven in electric mode. This ticker flickers on an off, only moving up when the motor is powering the car alone or the car is freewheeling. I view the latter as something of a cheat because there is no electric power driving the car at that point. By the way, you can watch the energy flow among the engine, battery, and motor in a Technology in Action display on the center screen. 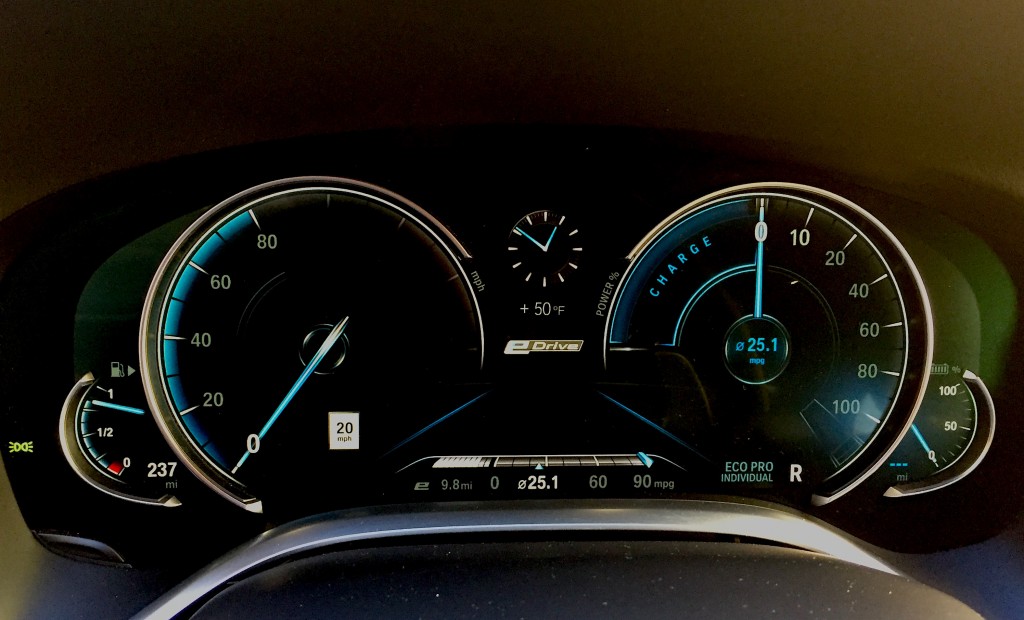 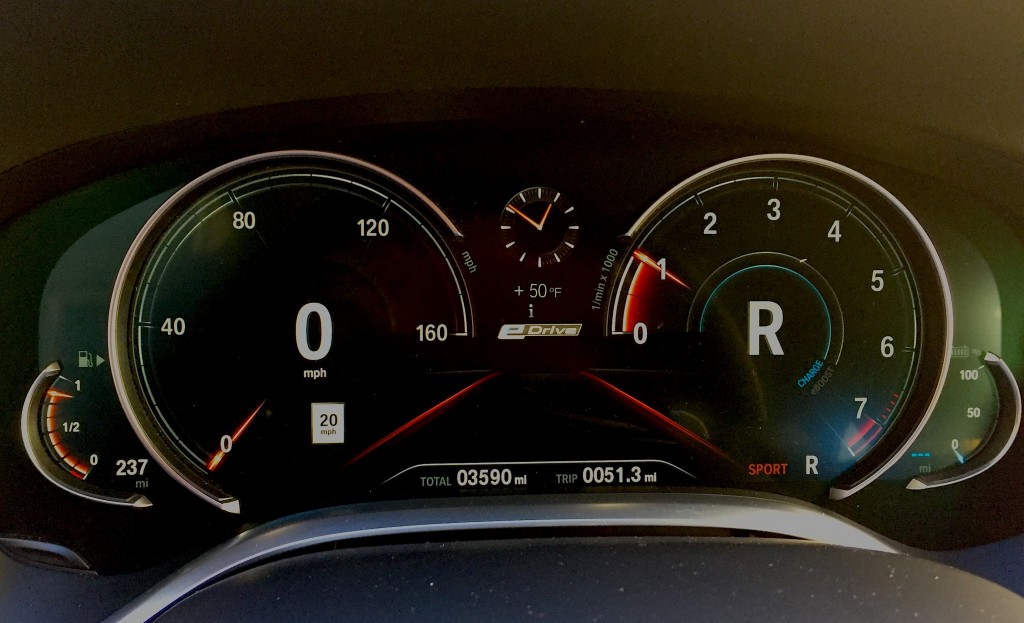 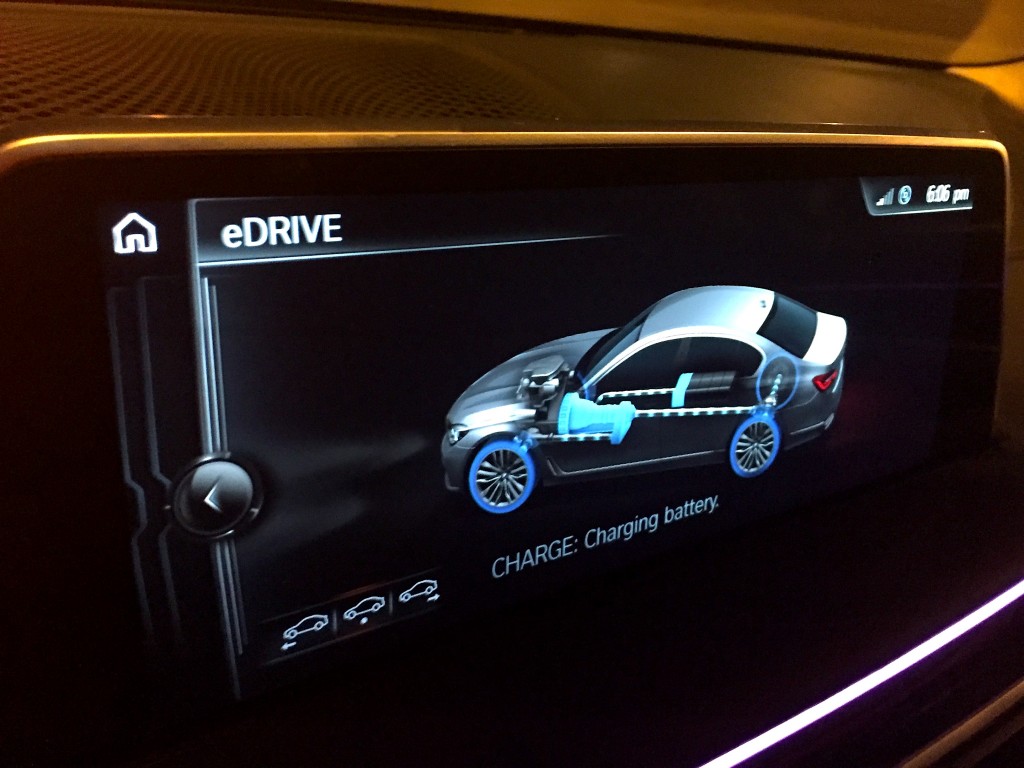 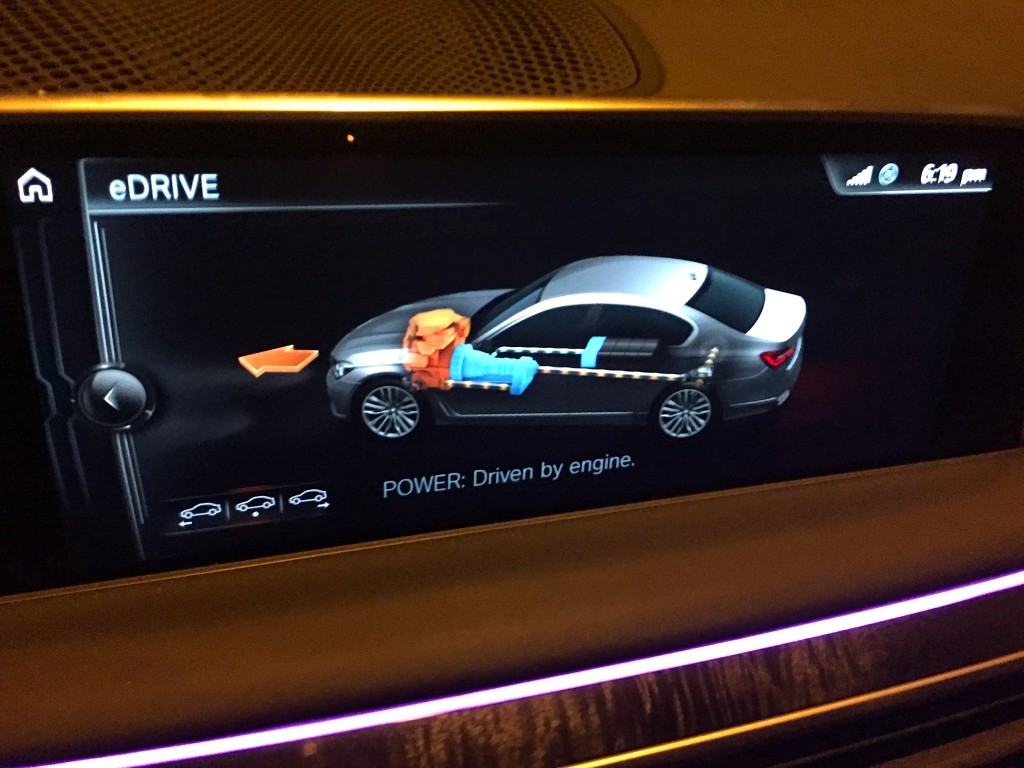 I drove the 740e mostly in the Eco Pro and Comfort modes, and found the power to be smooth and plentiful, but not immediate. The responses were a bit slurred, especially in Eco Pro, and, maybe it's just my heavy right foot, but the engine kicked in more often than not. I'll get into the dynamics afforded by these various modes below.

Opt for the Max eDrive mode, and the 740e can run, seemingly reluctantly, on electric power alone for up to 14 miles. In this mode, it uses only the 111-hp electric motor and can go up to 87 mph. Hit the throttle too hard, though, and the engine kicks in. Use up that limited number of miles, and the engine kicks in. I drove for a short time in this mode and found the power to be just adequate for slow city driving. I wouldn't trust it for merging on busy freeways, and, really, who wants to drive a $100,000 BMW with 111 horsepower? 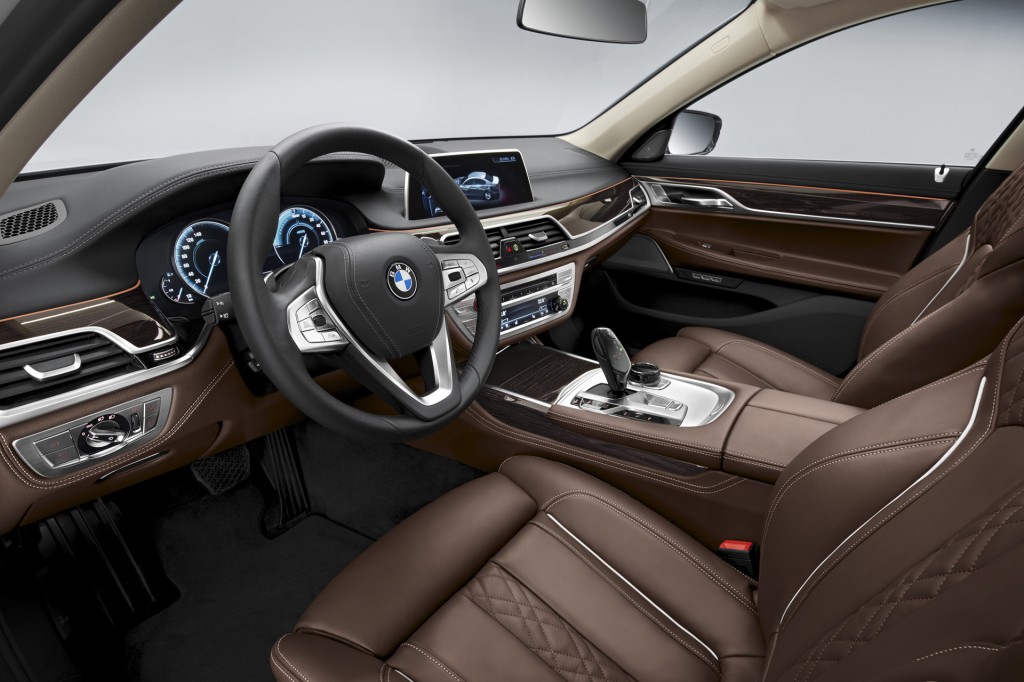 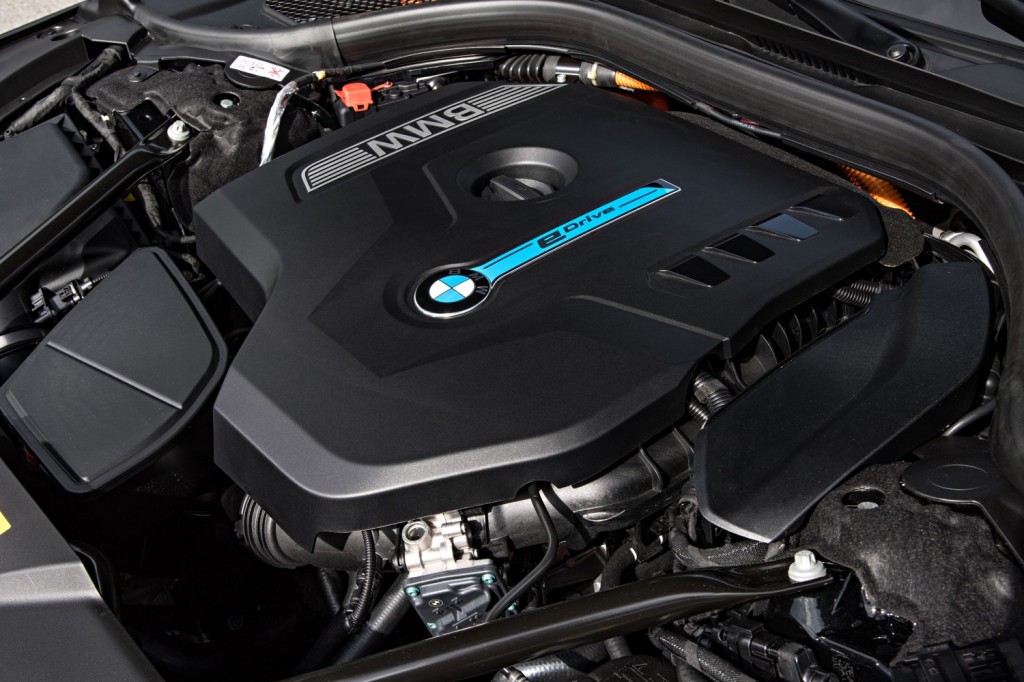 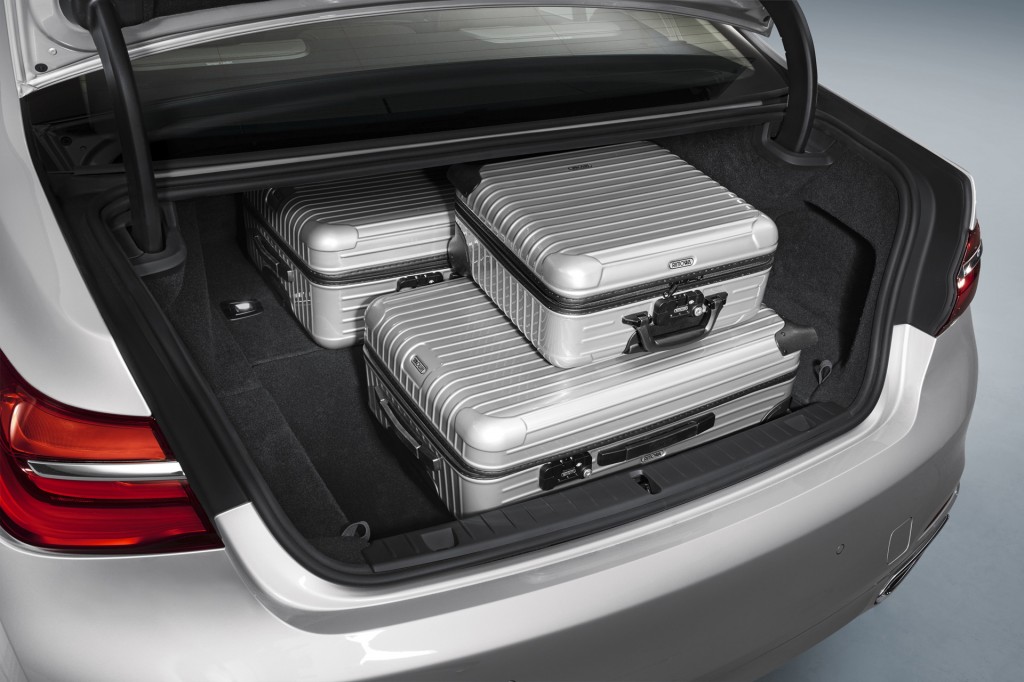 The opposite end of the spectrum is Sport mode. This mode provides increased electric boost and electric regen under braking, plus all of the dynamic changes. BMW owners will be most familiar with the power delivery provided by this mode. With 332 hp and 369 lb-ft of torque on tap, the 740e is sprightly and powerful enough to keep up with any traffic, even though it's not a match for the V-8-powered 750i. Zero to 60 mph arrives in 5.1 seconds, which matches the 740i xDrive.

I've driven the new generation 7-Series and found it to be a fine handling car for such a big beast. BMW had so much confidence in the 750i xDrive at the initial launch program that we drove the cars on the racetrack at New York's Monticello Motor Club. That's in part because this generation of the 7-Series features a new “Carbon Core” platform made from high-strength steel, aluminum, and carbon fiber-reinforced plastic. The structure saves about 90 pounds, improves rigidity, and lowers the car’s center of gravity. BMW also uses lighter weight suspension components this time around, and makes the doors and trunklid from aluminum. All these measures cut up to 190 pounds from this generation, and on top of that, the car has a perfect 50/50 front/rear weight weight balance.

The 740e comes with the same basic suspension as other 7s: a double wishbone front suspension and five-link rear suspension aided by standard four-corner air suspension and electrically controlled dampers. The difference, I feel, besides, the extra weight, is what my test car lacked. Those 750i models I drove on the track at Monticello had the $4,100 Autobahn package, which features rear-axle steering and active roll bars. Those roll bars are part of an Active Comfort Drive with Road Preview system that uses the air suspension, dampers, and active roll bars to adjust the ride quality automatically based on driver inputs and information on the road ahead from the navigation system.

The upshot? While the 750 xDrive rotated well and stayed impressively flat in corners for a big car on the track, the 740e tended to understeer in the one twisty section I found near Chicago. That says a lot for the effectiveness of the Autobahn package, but it doesn't say much for the natural handling character of the 7-Series.

I also found that in Eco Pro or Sport mode I always wanted the damper settings set to Sport. Luckily, BMW lets you adjust the dampers within those modes. The 740e just gets too floaty on the highway and leans too much in slow corners with the dampers in the Comfort setting. 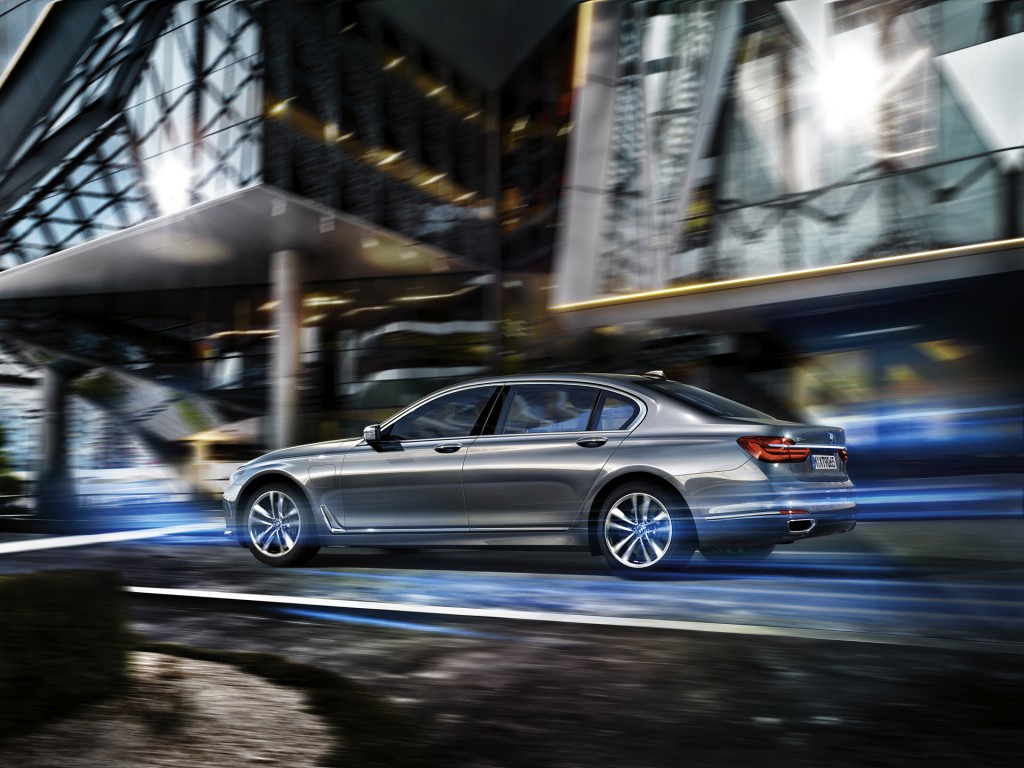 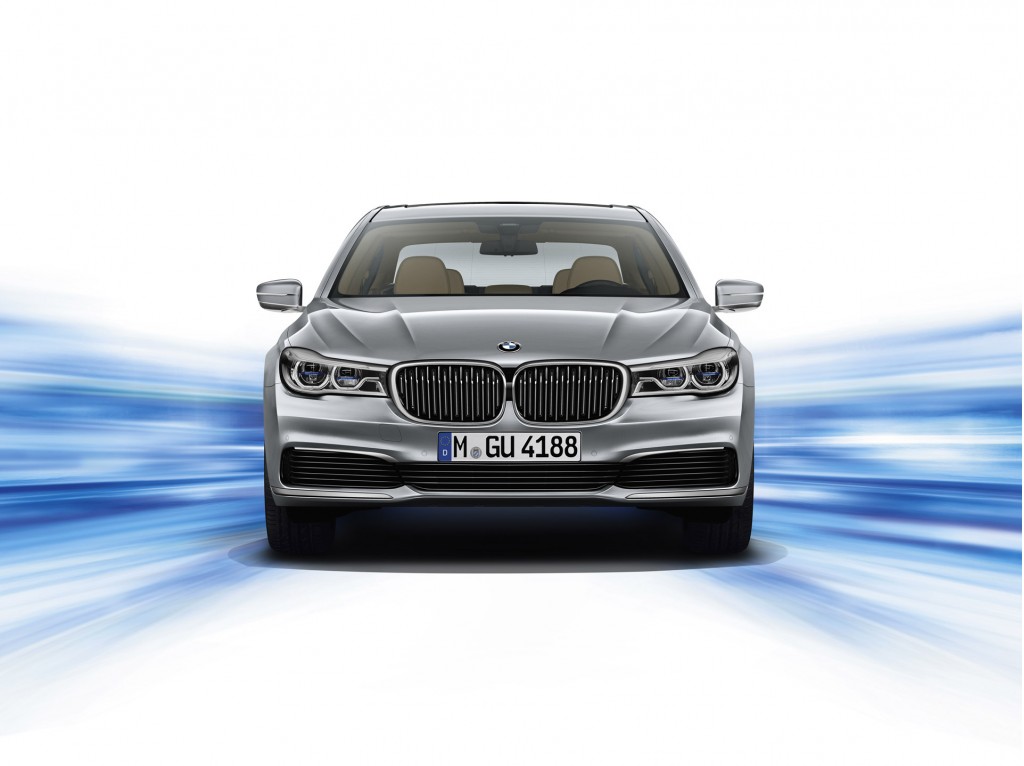 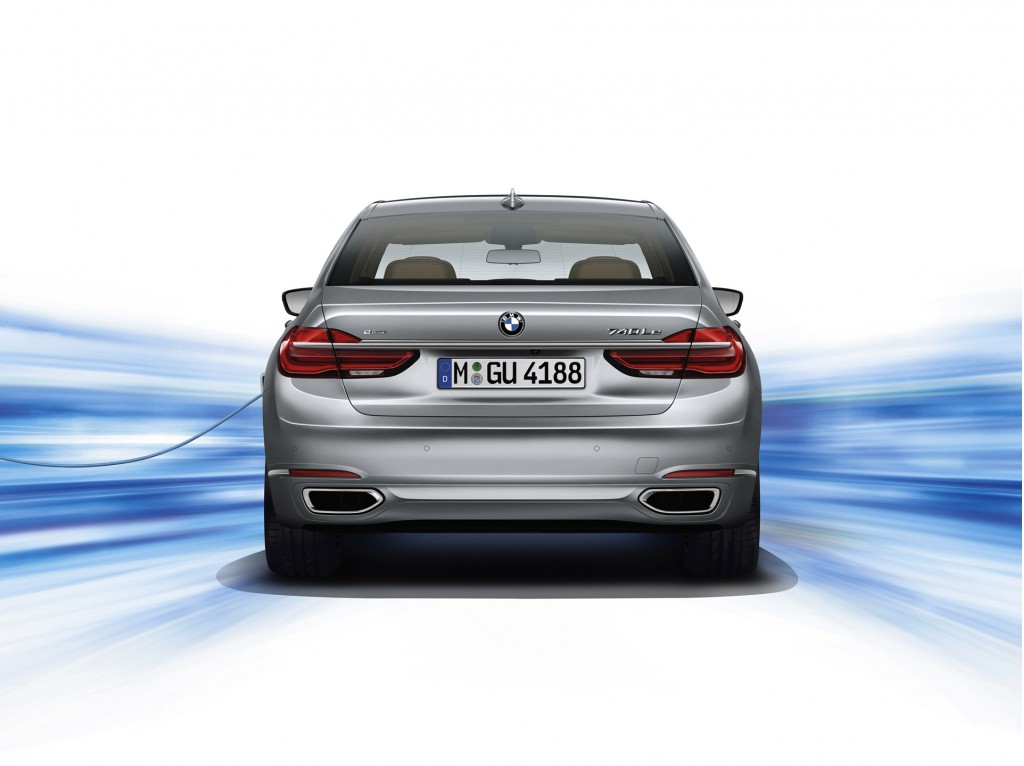 Over the course of 94.4 miles in the 740i, I averaged 24.3 mpg and got 13.3 miles of electric range before draining the battery too far. That wasn't 13.3 contiguous miles. Instead, those miles added up in little snippets over the course of the first 70 miles or so, and then the little e ticker kept creeping up past 19 miles of range after the system said Max eDrive was no longer available.

My 24.3 mpg is pretty good fuel economy for a car this big with this much power, and I ran out of electric range because I wasn't able to charge the battery overnight. However, 14 miles of range and 111 horsepower won't cut it for most commutes. This is a car meant to be driven as a hybrid more than an EV.

So what is this $90,000 plug-in hybrid? For your money, you get a fabulously comfortable sedan with good power and decent fuel economy. The electric range really isn't there yet to justify the expense for the plug-in hybrid system (as Green Car Reports' John Voelcker says, plug-in hybrids aren't worth it unless they offer at least 25 miles of EV driving), and the power isn't either. For my $90,000 or $100,000, I'd opt for a 750i xDrive with the Autobahn package and have a lot more fun driving this otherwise appealing sedan, though my fuel economy would suffer.