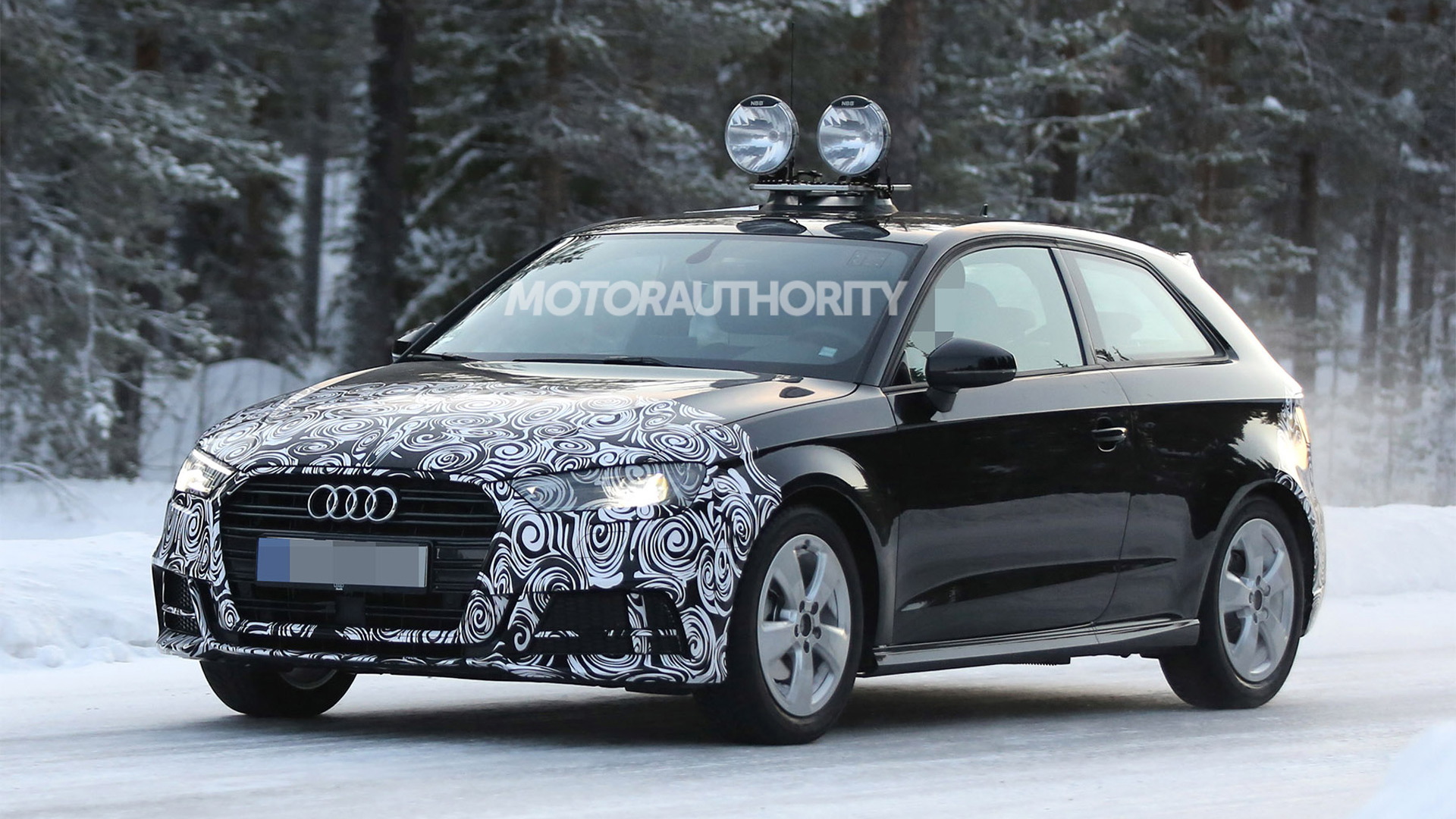 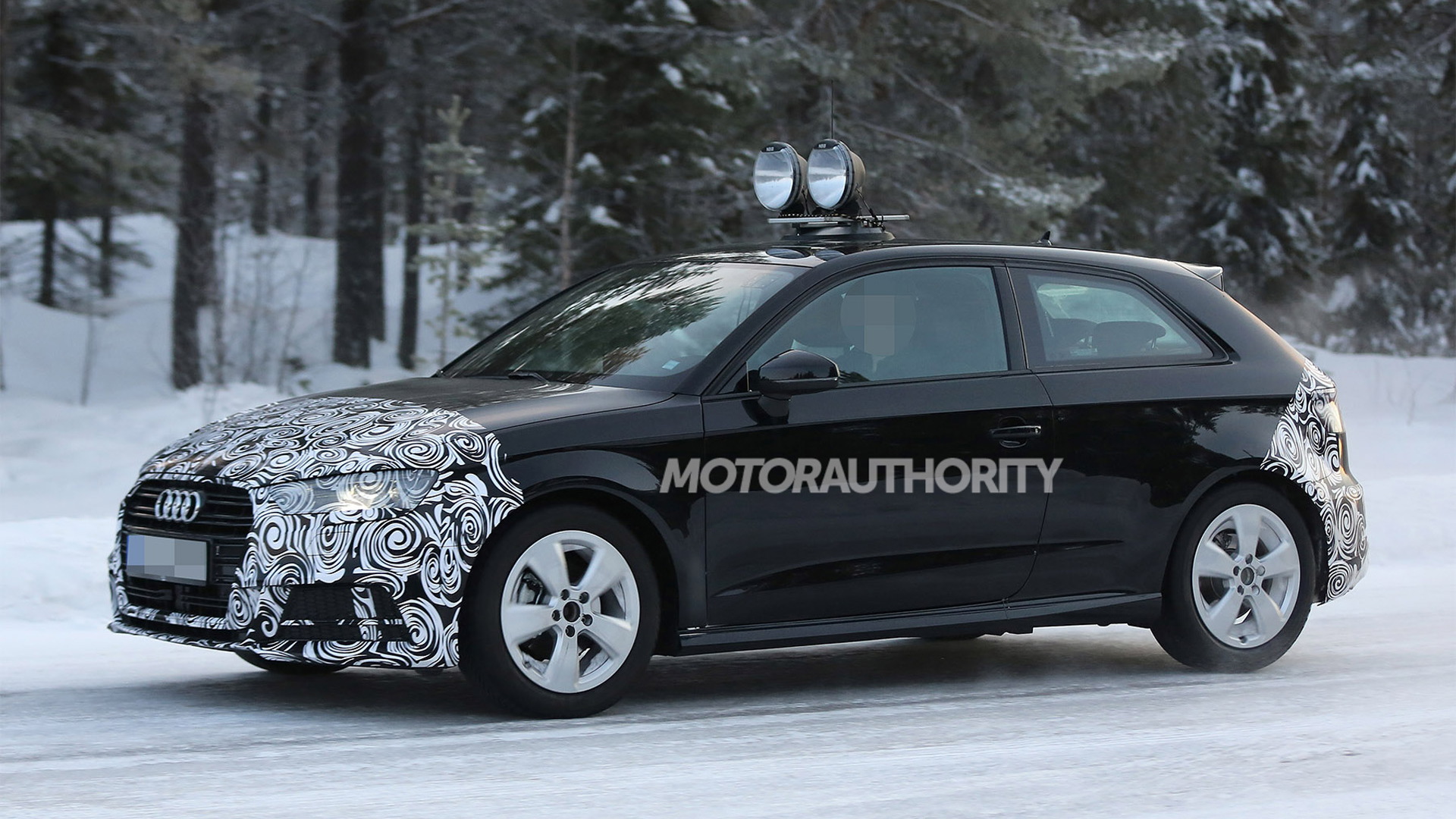 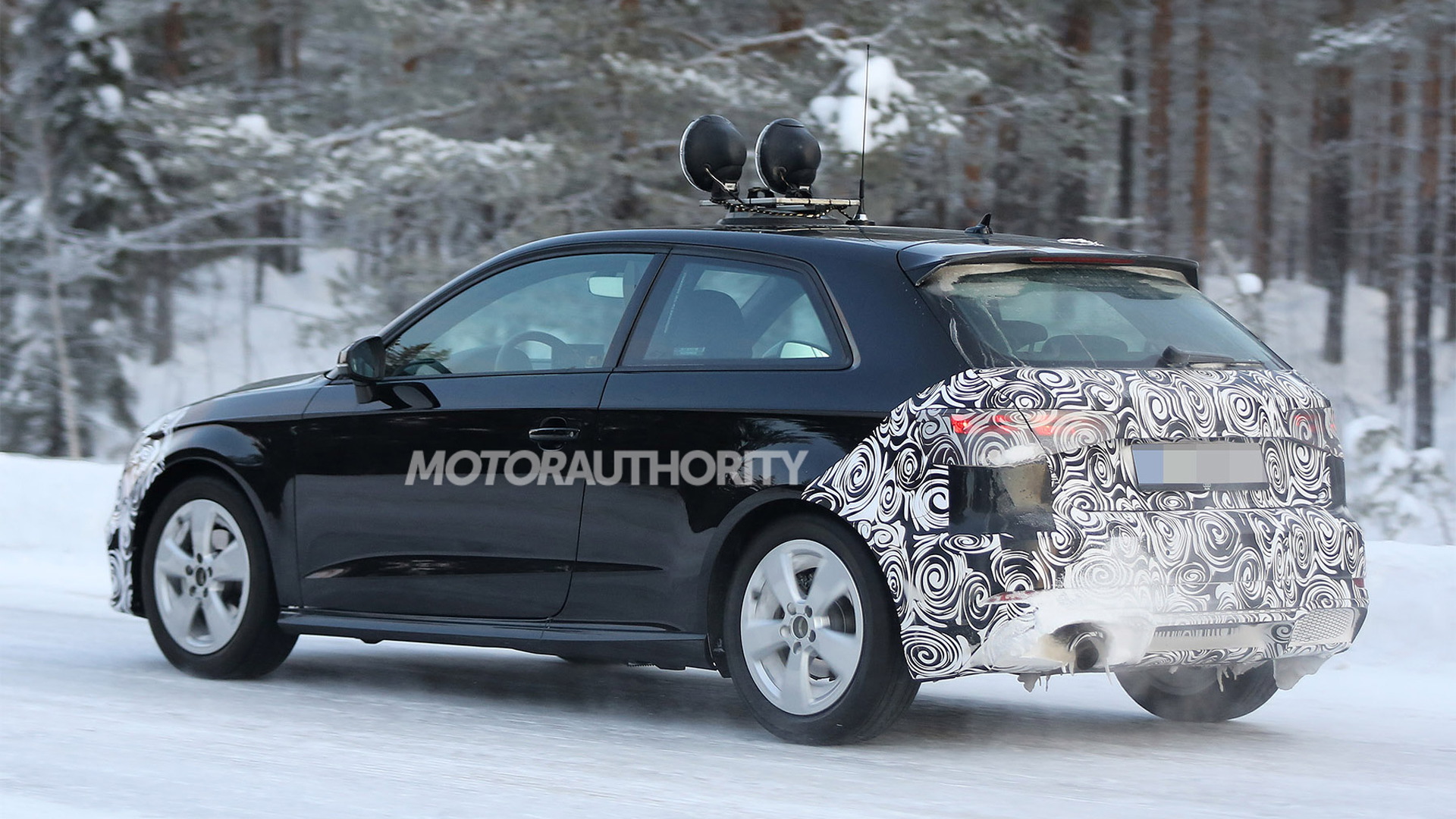 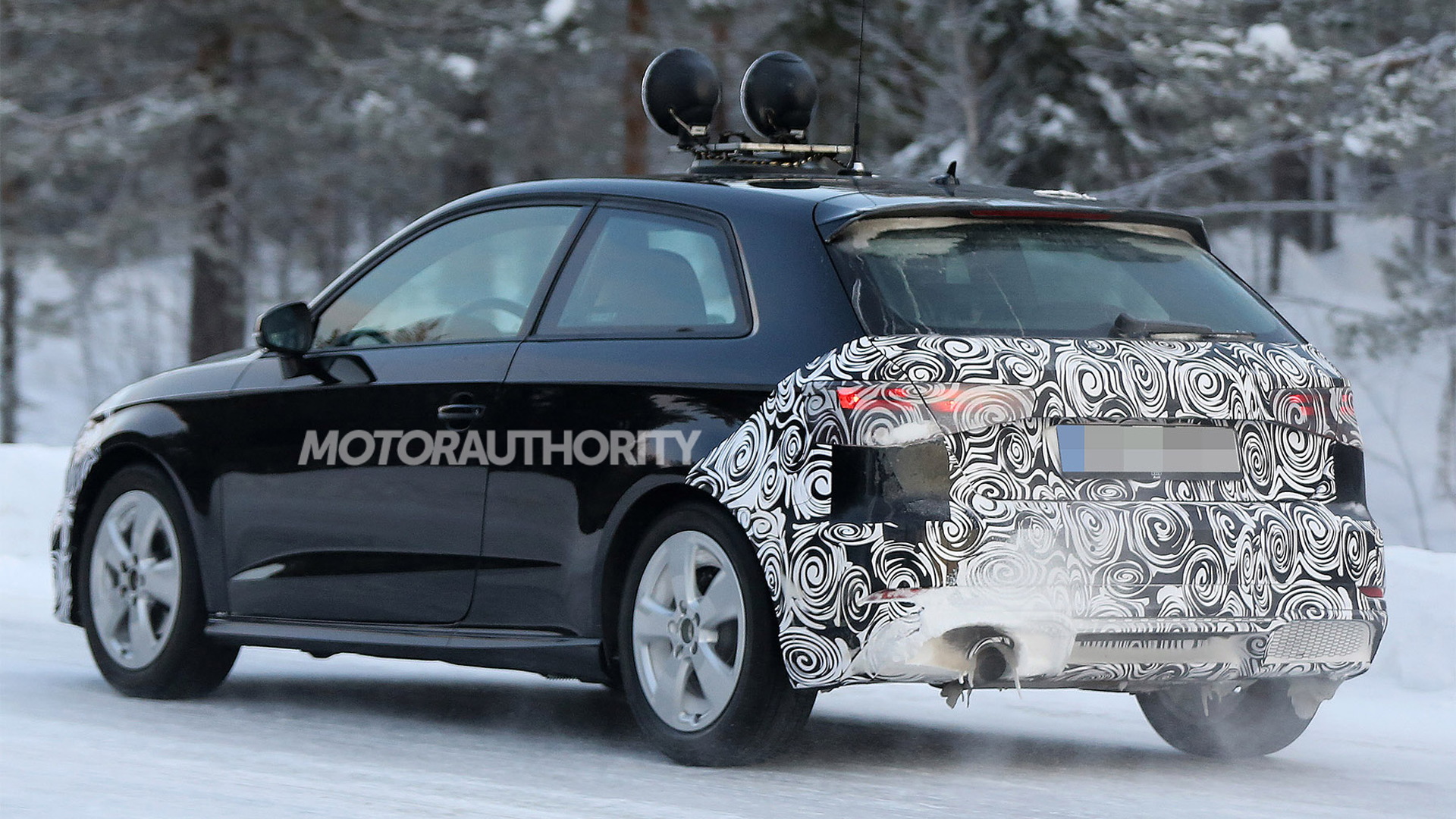 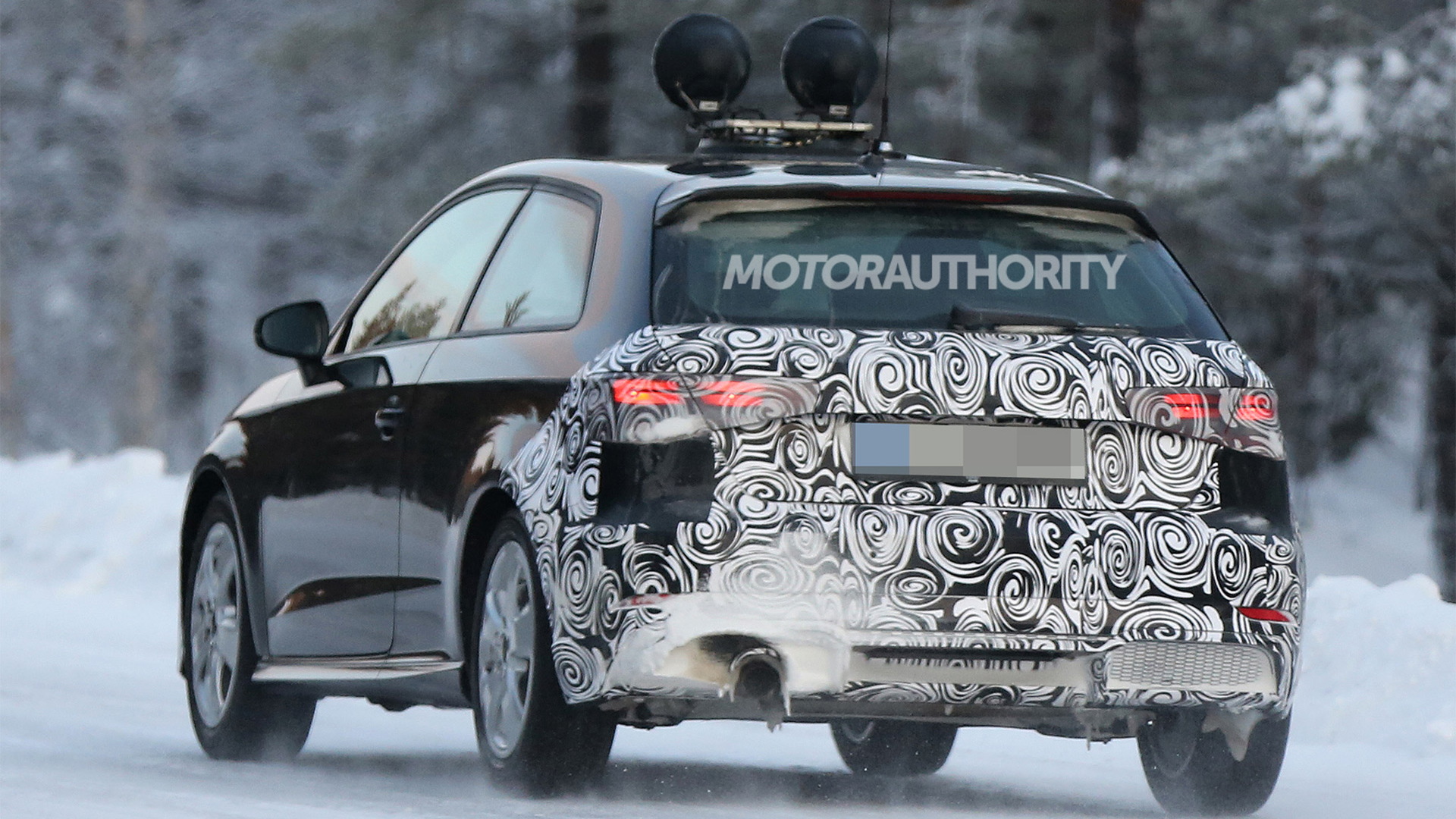 Audi’s A3 compact range is about to undergo a mid-cycle update and today we have spy shots of the updated version of the three-door A3 Hatchback. While this particular bodystyle isn’t offered in the United States, the changes appearing on the car should be virtually identical to what we'll see on the updated five-door A3 Sportback. We’ve already spied the updated A3 sedan.

Those updates include tweaked designs for the lights at both ends of the car, as well as new bumpers and a new, more pronounced grille. Likewise, the cabin design should also be revised, perhaps with some new trim elements and some extra tech, including the availability of the nifty Virtual Cockpit digital instrument cluster and perhaps even some gesture control capability. The latter has been promised for the A3’s Volkswagen Golf corporate cousin for its own mid-cycle update.

It’s not clear what Audi has in store for powertrains in the updated A3 range. The automaker’s next-generation turbocharged 2.0-liter four-cylinder is a strong possibility, perhaps as a replacement for both the current 1.8- and 2.0-liter units. An e-tron Sportback plug-in hybrid was added only last year so should continue with its 204 horsepower and 258 pound-feet unchanged.

Meanwhile, the 2.0-liter turbodiesel engine at the center of the Volkswagen Group diesel emissions cheating scandal is likely to receive an overhaul or replaced altogether. We’ve also got our fingers crossed that at least one A3 bodystyle in the U.S. gets the RS treatment.

The updated A3 range is expected to be revealed late this year or early next. In the U.S., the cars should go on sale next year, as 2018 models.