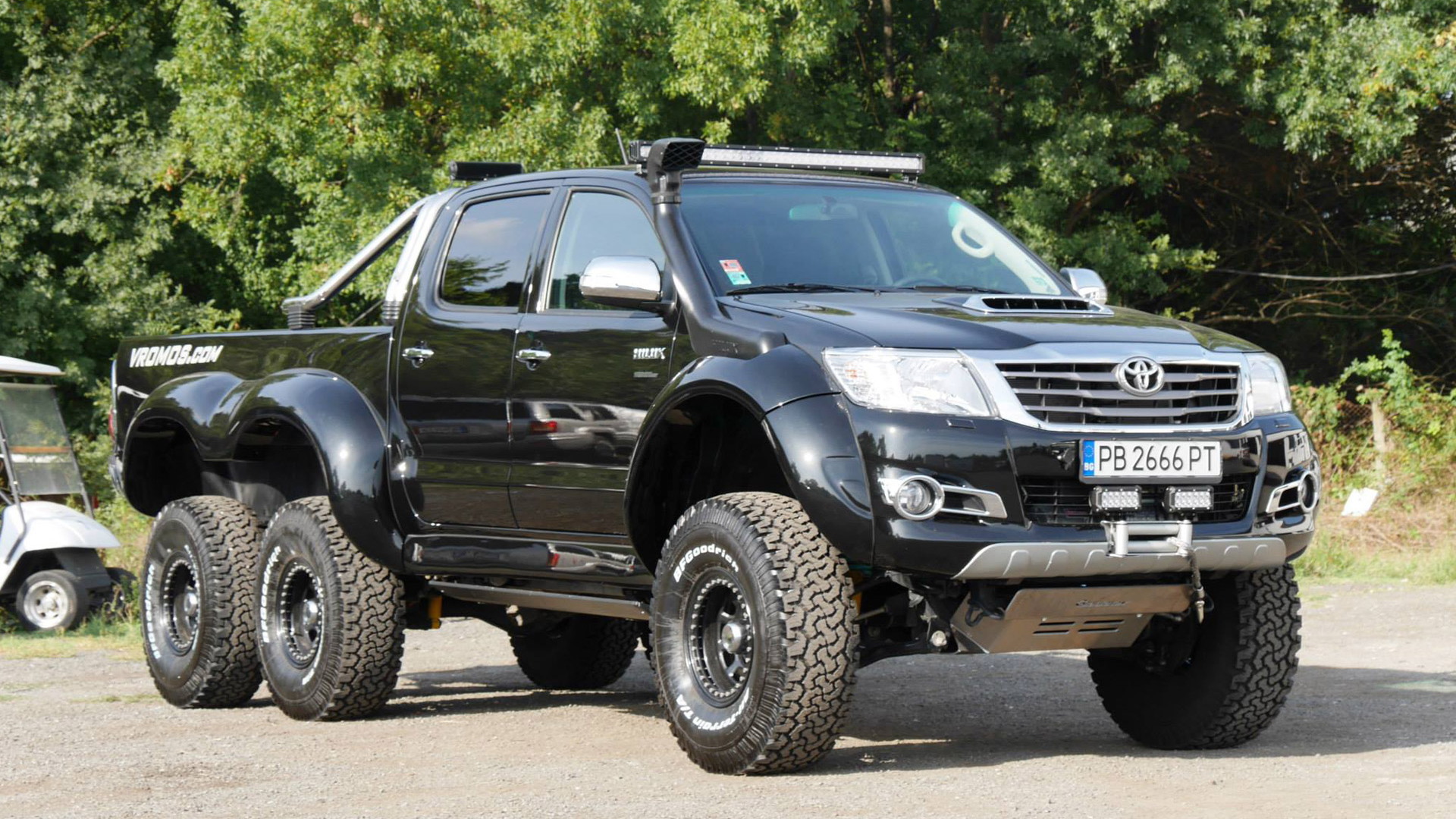 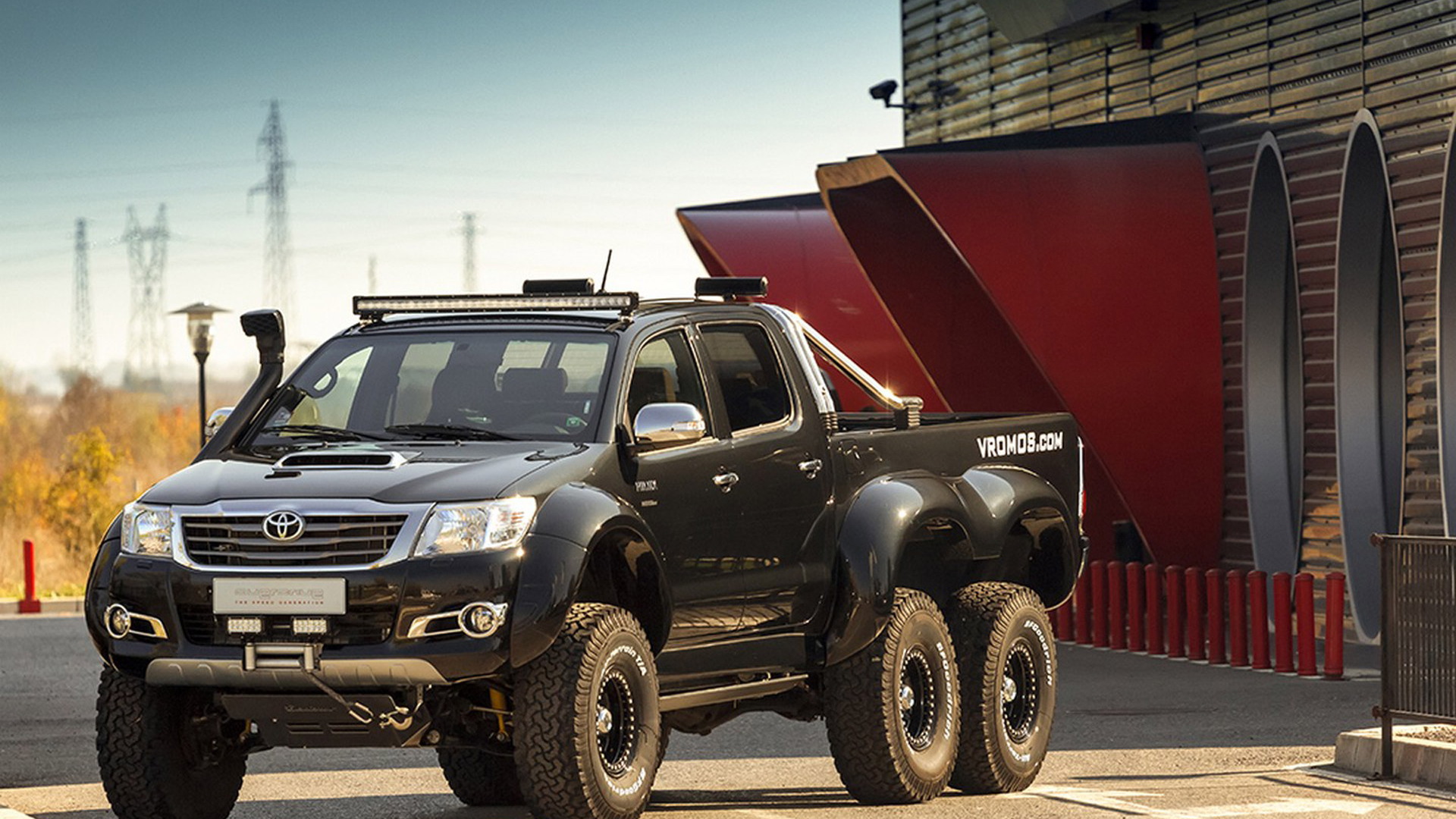 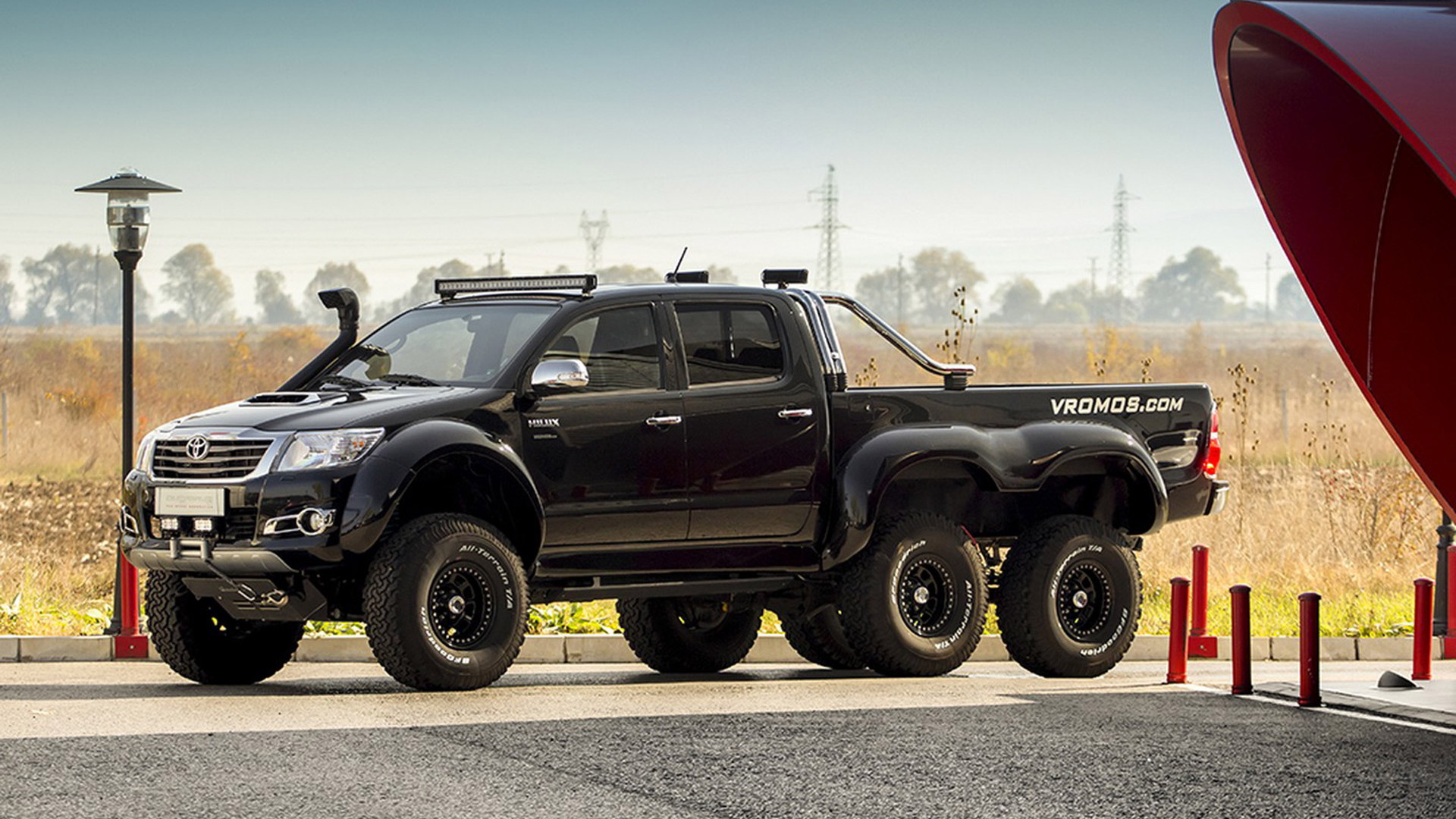 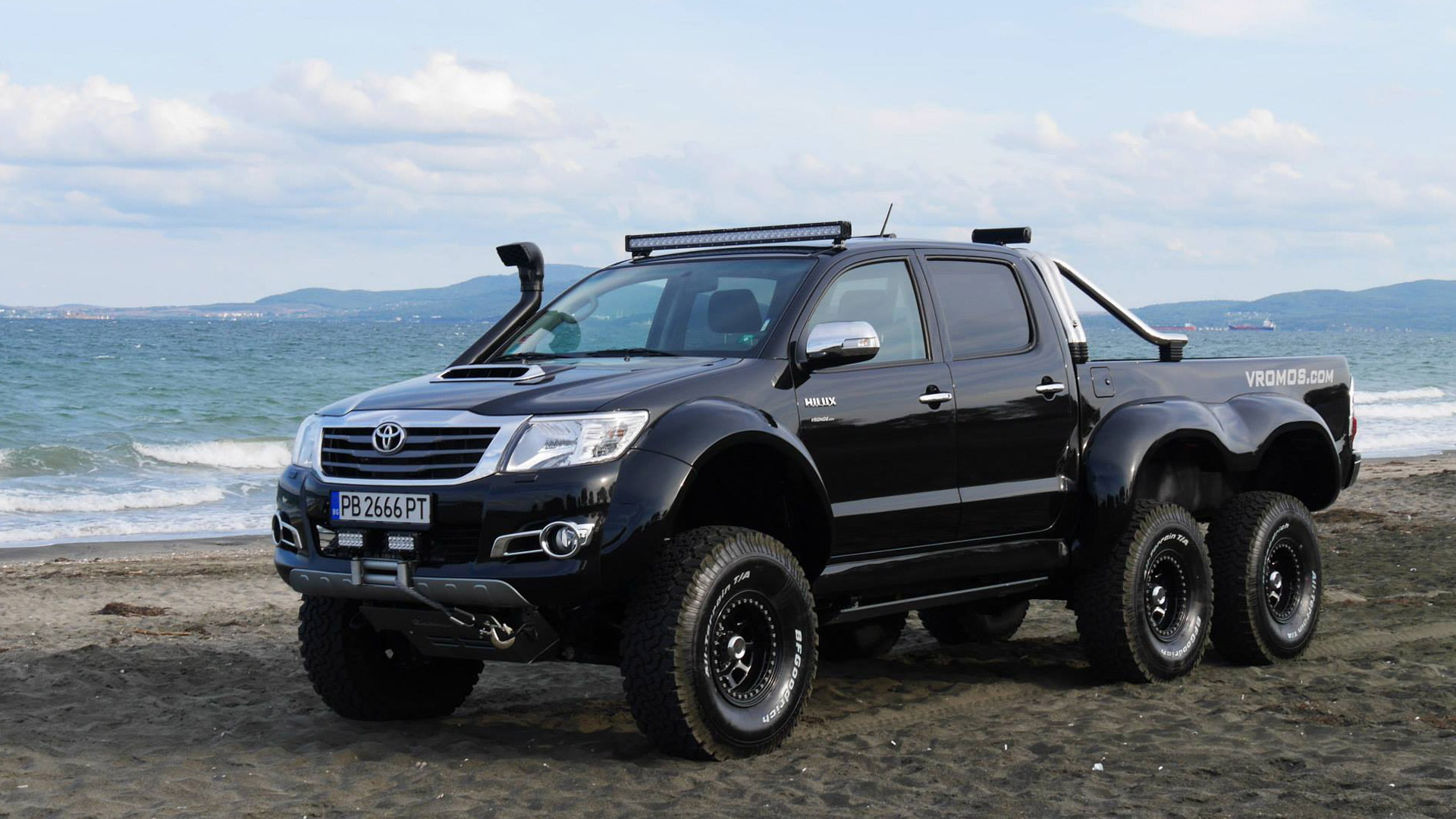 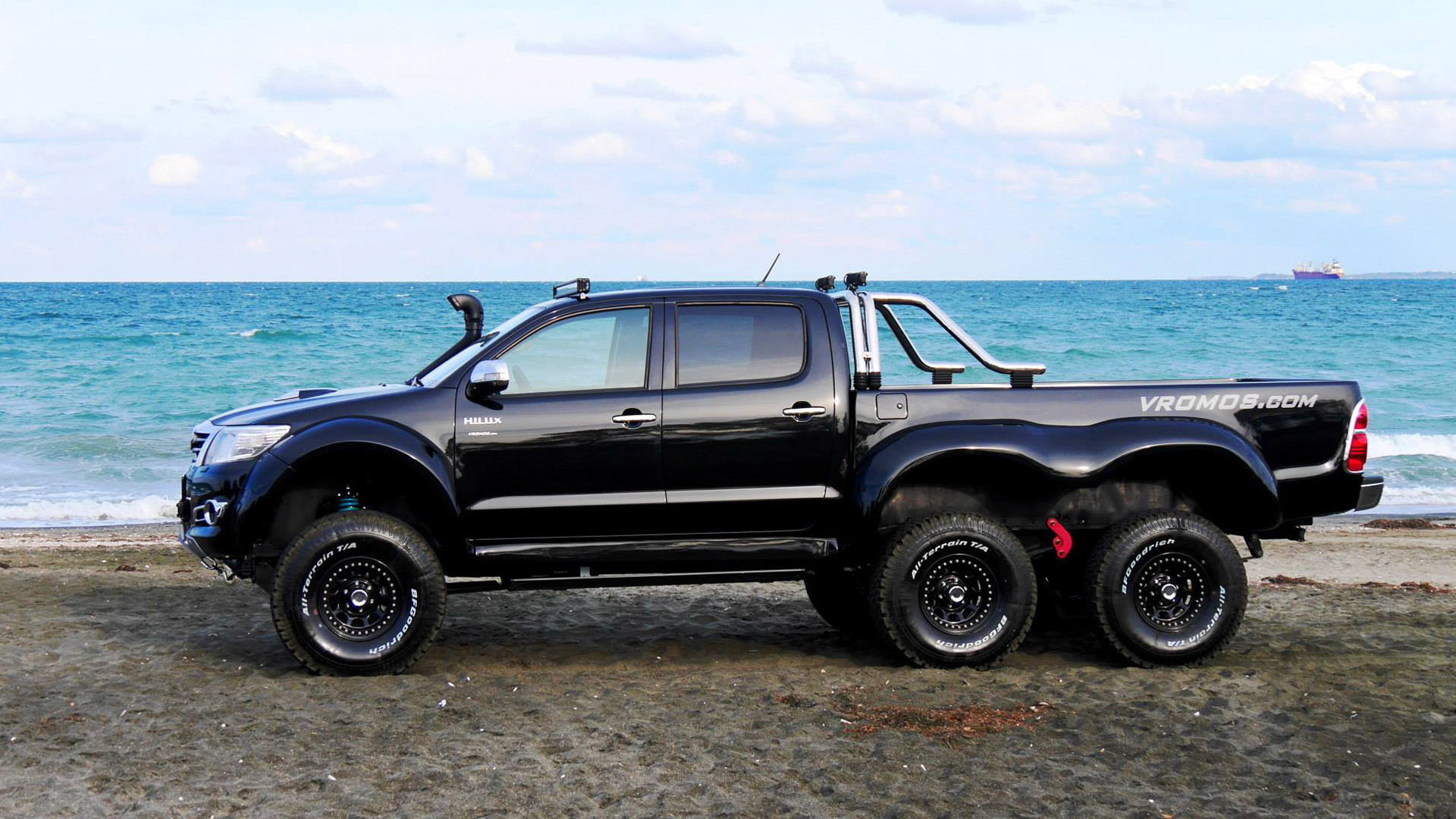 It appears Mercedes-AMG started a new trend when it first rolled out its G63 6x6 back in 2013. Since then we’ve seen British firm Kahn Design come out with its own 6x6 based on the Land Rover Defender, and now a firm from Bulgaria has one based on the Toyota Hilux.

According to Motor1, the Hilux 6x6 was developed by Bulgarian off-roading specialist Vromos. This isn’t the first Hilux 6x6, however, as a similar version was developed by Iceland’s Arctic Trucks a couple of years back.

The modifications include an extension of the truck’s frame and some extra diffs. The body was also modified to fit the new frame and the suspension, wheels and tires were all upgraded for off-road duty.

To make its Hilux 6x6 comfy on the inside, Vromos turned to another firm by the name of Overdrive to help spruce up the cabin. Instead of the utilitarian cabin of the stock Hilux workhorse, most of the surfaces are now lined in either leather or Alcantara.

You can see some of the development work for Vromos’ Hilux 6x6 in the videos below.