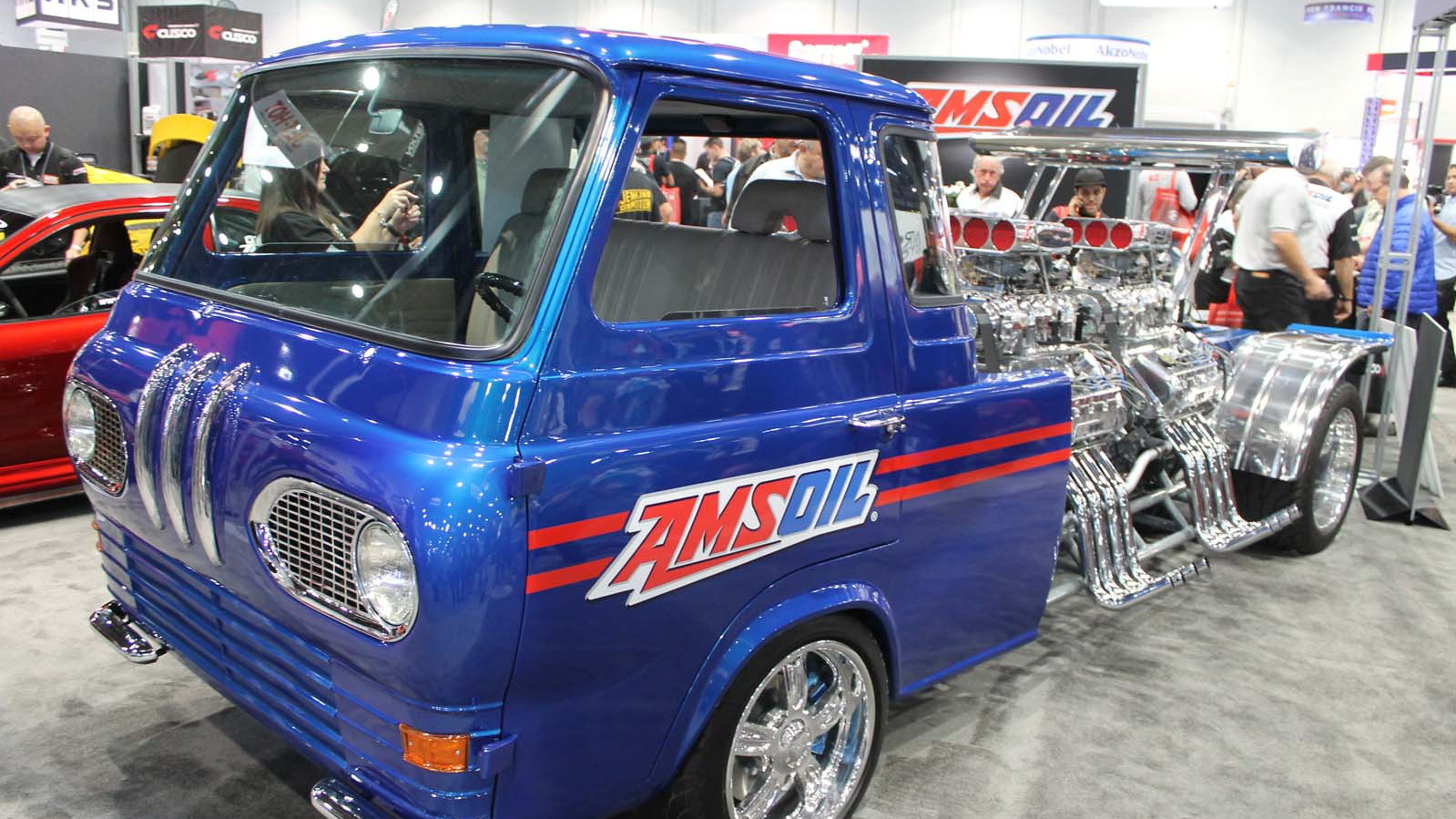 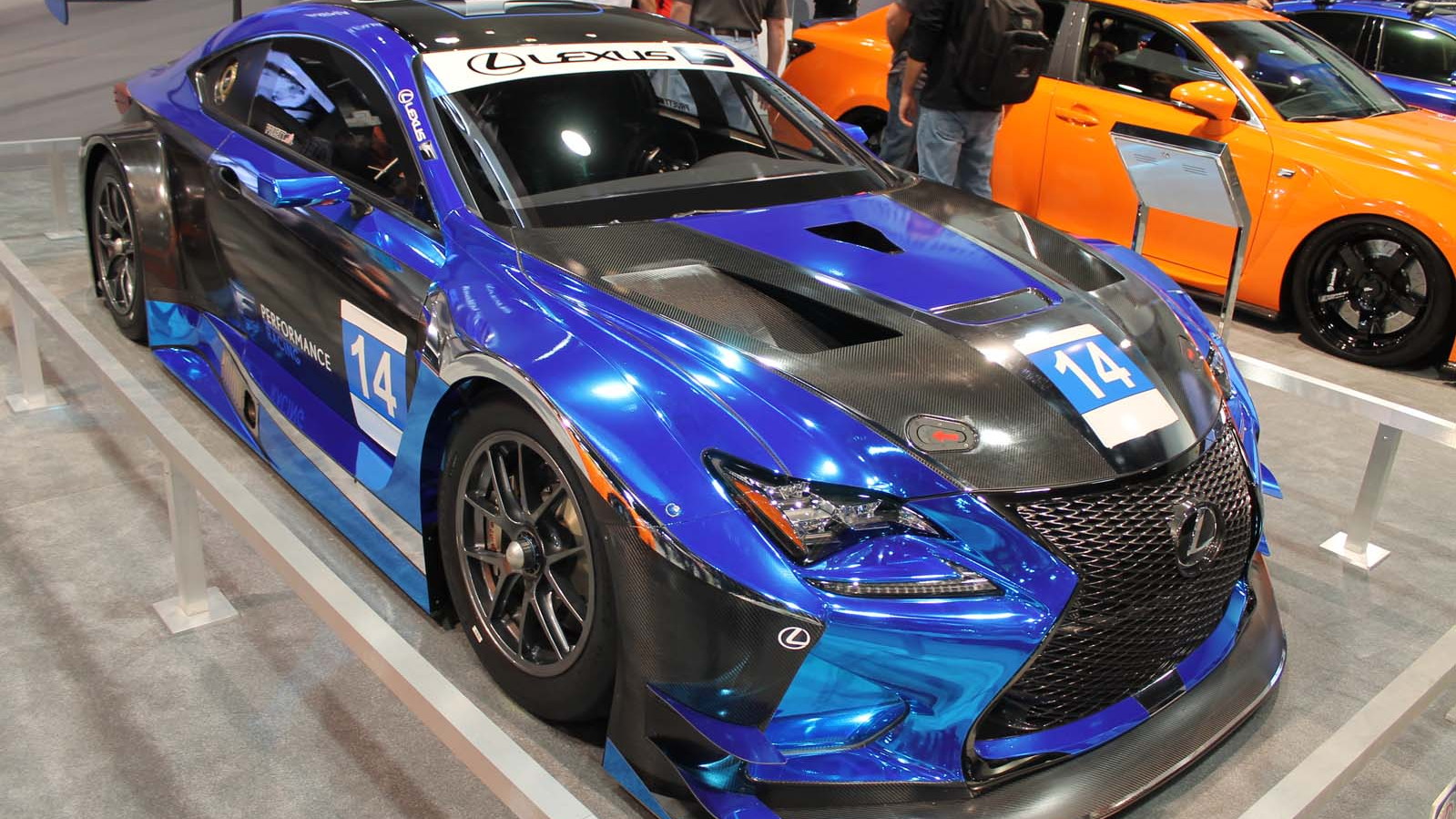 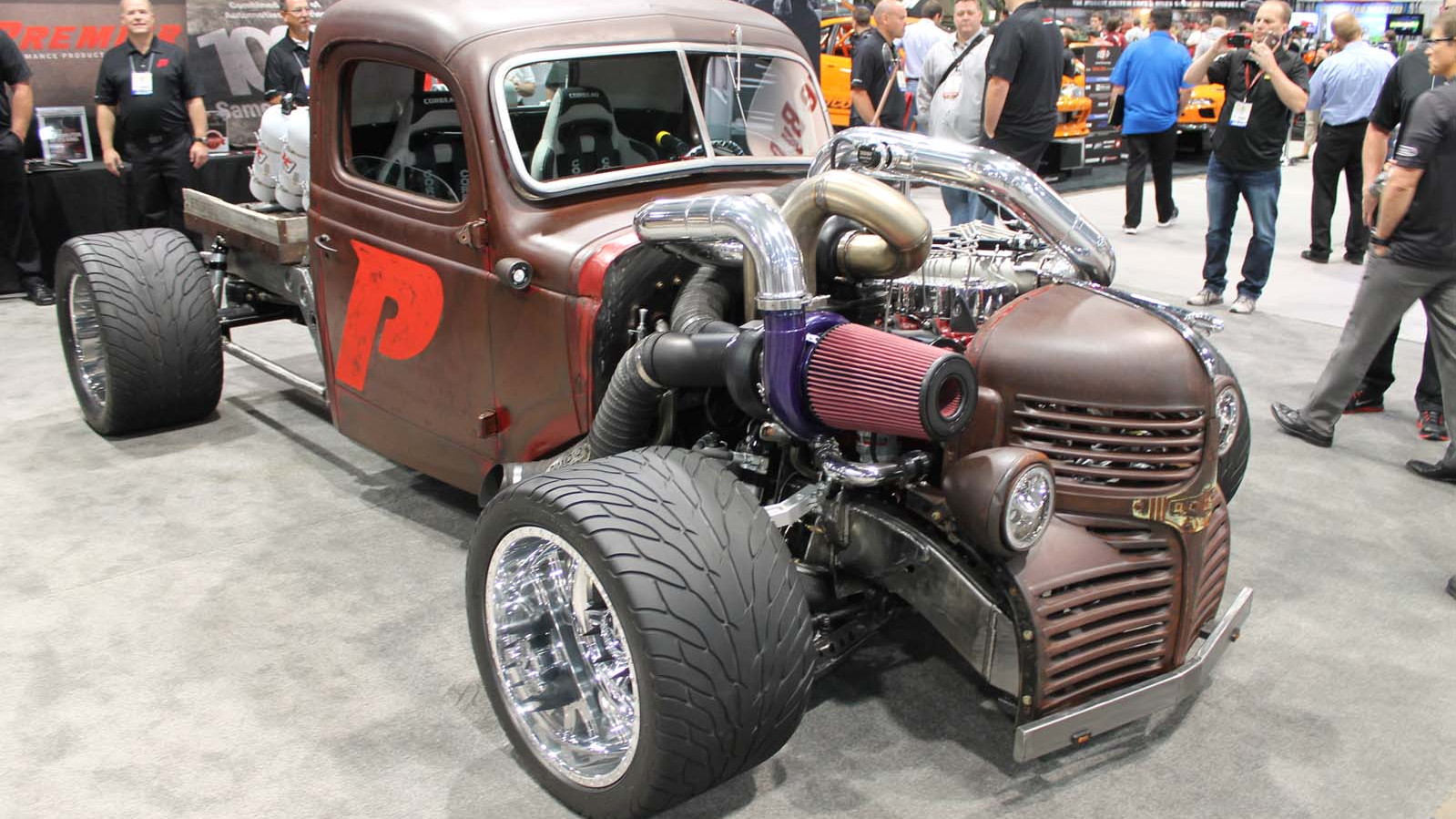 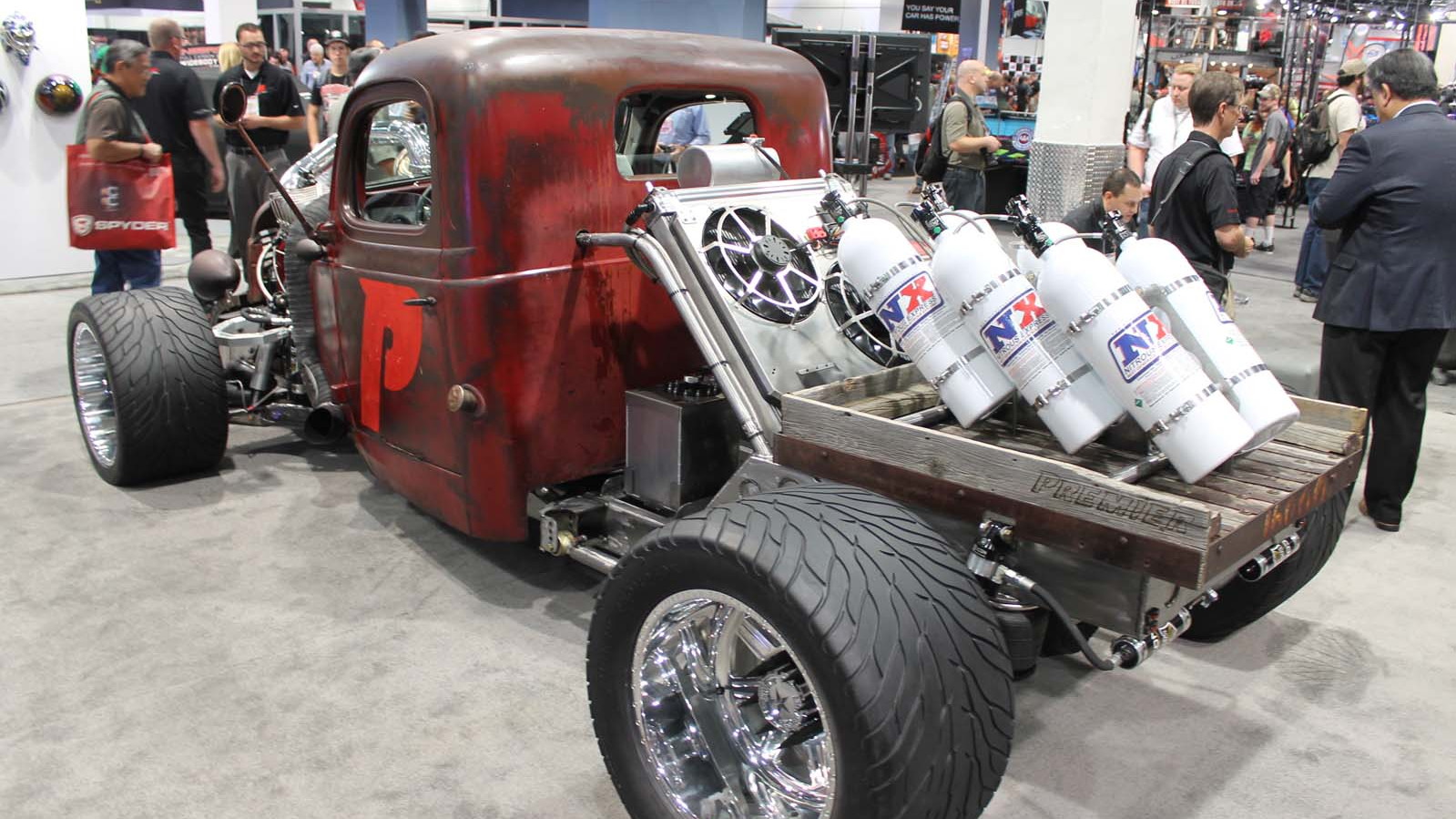 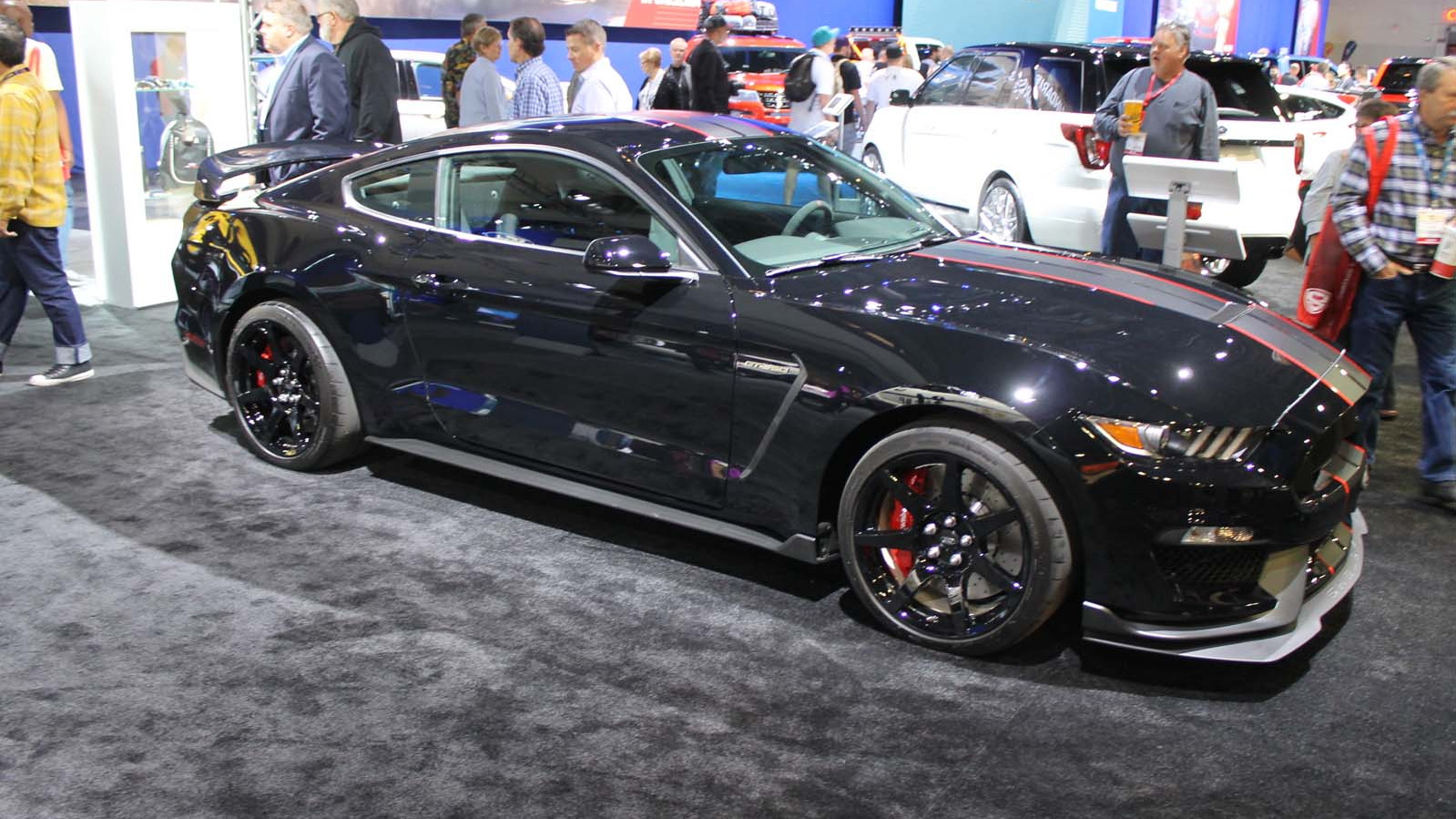 And that might be why many members of the media use the analogy to that forsaken bit of real estate when referring to the annual SEMA show in Las Vegas. Because there's plenty of mechanical blasphemy at the annual automotive carnival, as it's filled with builders who asked themselves whether they could do something, before bothering to ponder whether they should.

But to concentrate on the wild impracticality of many cars on the floor, or focus on the fact that many will be dumped on eBay before the turn of the new year, is to miss the point of the spectacle.

After all, where can you see a hyper-custom 4,000-horsepower Ford "Equadoline," a dead-sexy BMW Z4 one-off roadster, a Scion low rider, and a wild, stainless steel Burning Man car all in the same place?

As an automotive freak show, SEMA is completely unparalleled.

Of course, there was plenty of gorgeous craftsmanship on display as well, including Fast and Furious star Sung Kang's 240Z, a stunning 1959 Buick Electra, and a rack of RAUH-Welt Porsches. Check out our huge gallery to see some of the insane creations which take over the Las Vegas Convention Center at the start of every November, and head to our dedicated hub to catch up on all the happenings at this year's show!