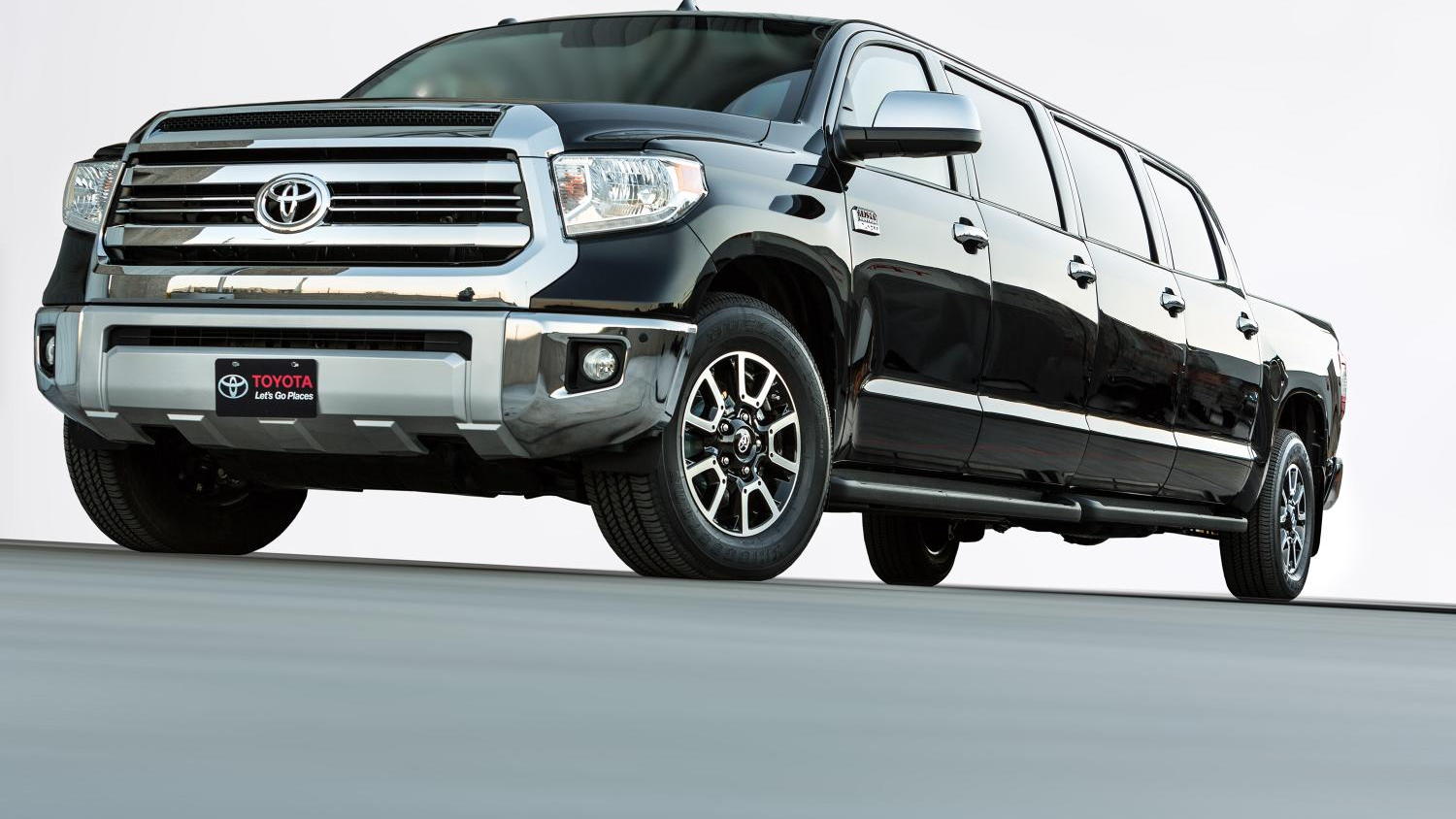 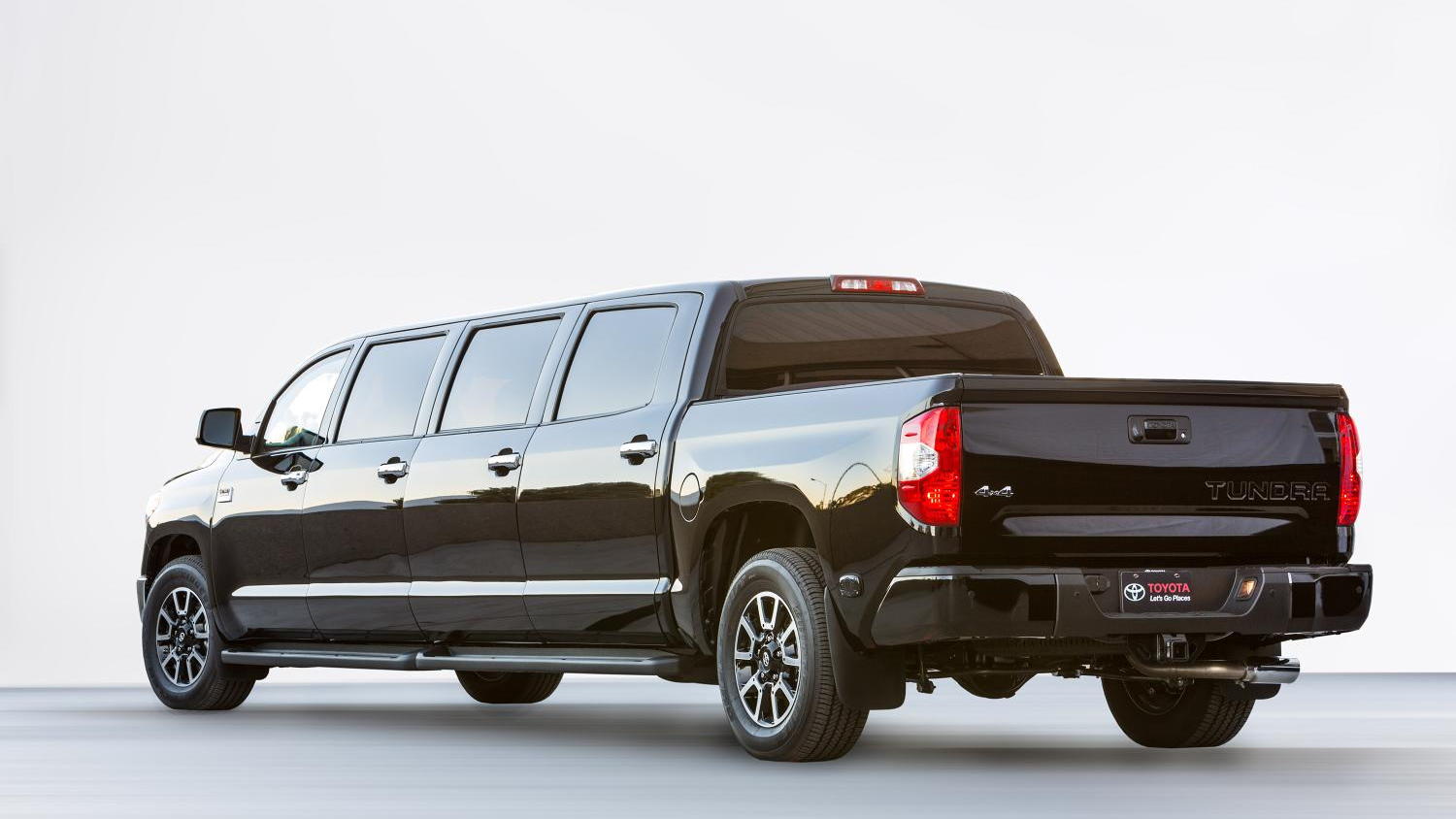 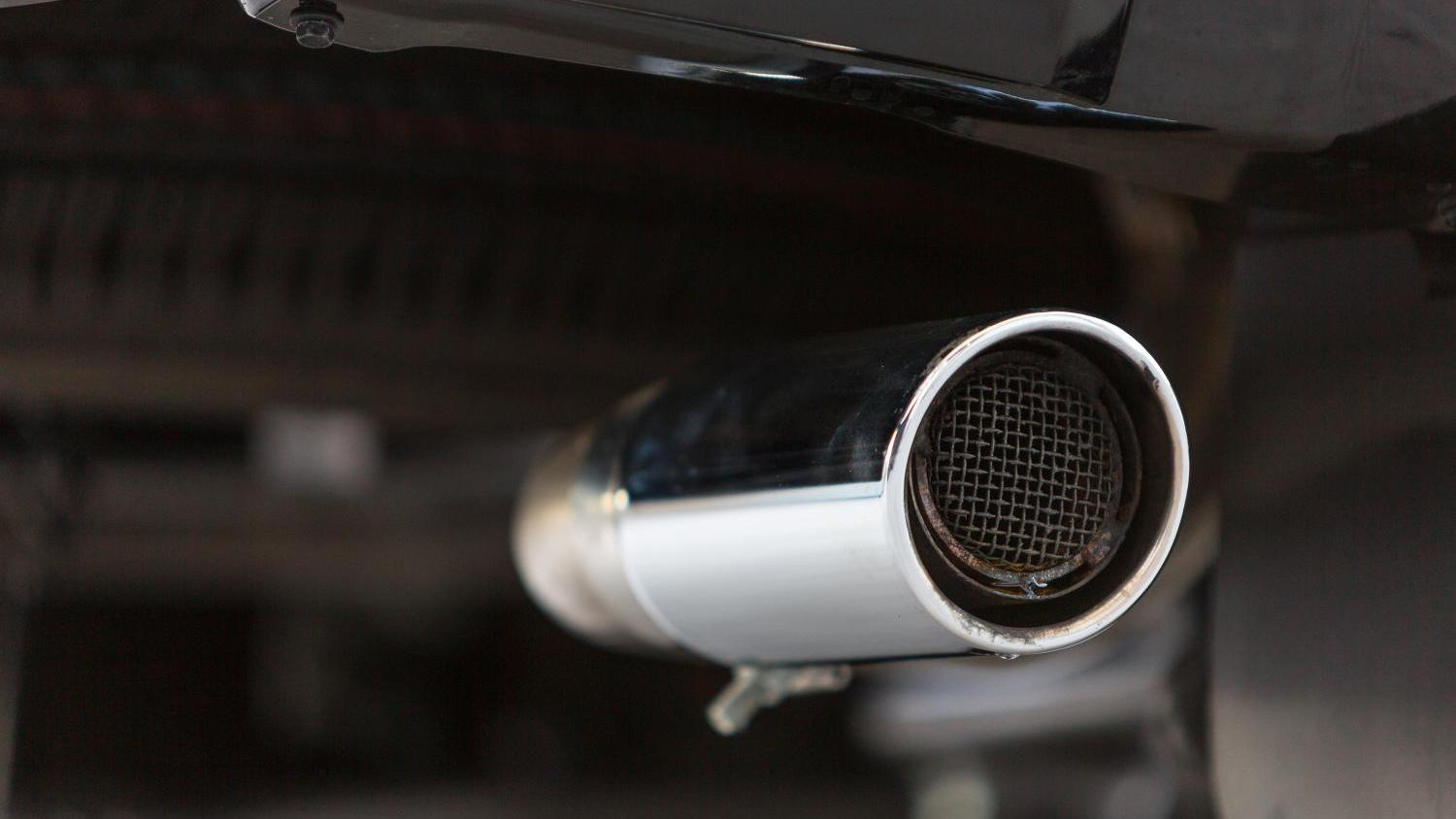 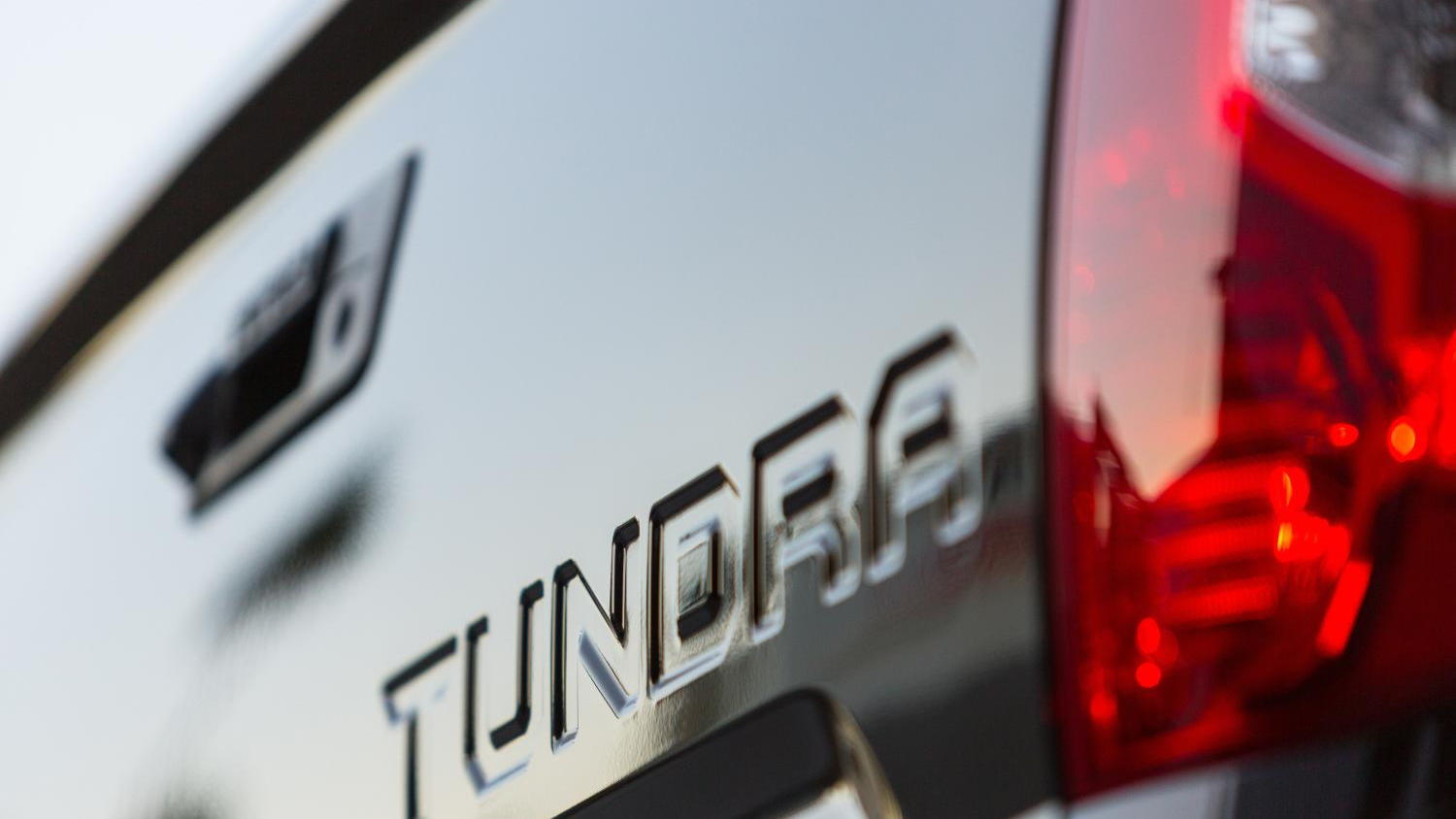 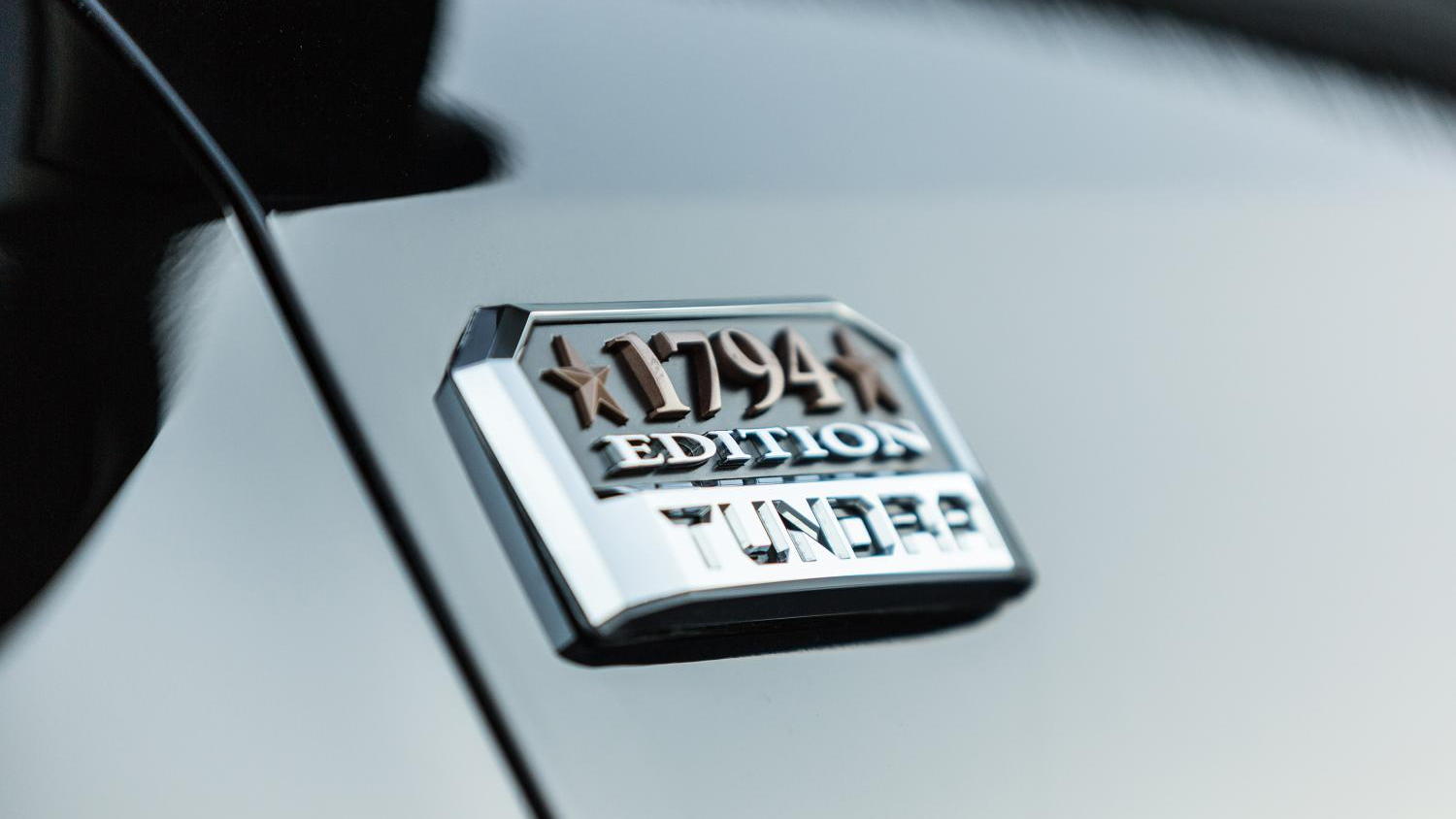 If you're bringing a vehicle to SEMA, you should aim to make a big hit. Maybe a long hit works too, because Toyota created one rather interesting Tundra to roll out to the crowds at the 2015 SEMA show. It's so long, that a good number of the crowd might just fit into the thing. It's called the Tundrasine, and yes, it's a Tundra limousine concept.

This particular eight-door Tundra was crafted right in the company's San Antonio plant, which is a smart move. Toyota is moving its North American operations to Texas, so it's smart to build something big to highlight that. This Tundra started life as a 1794 Edition 4x4 CrewMax complete with a 5.7-liter V-8 engine. Now that engine has to move a bit more metal, but it should be up to the task.

Tundrasine runs just over 90 inches longer than the stock CrewMax. The height and width are the same, but the curb weight jumps 2,288 pounds putting this truck at 7,978 lbs on the scales. We have to assume a good deal of that weight comes from the supremely luxurious interior space in the back. Toyota looked to private jets for inspiration for the upscale rear seating, and it shows.

The Tundrasine is hanging out in the Toyota booth at SEMA until tomorrow, so if you're in Las Vegas pop in and check out the sweetest work truck on the planet. Your crew would thank you if you shuttled them from the site in this machine.