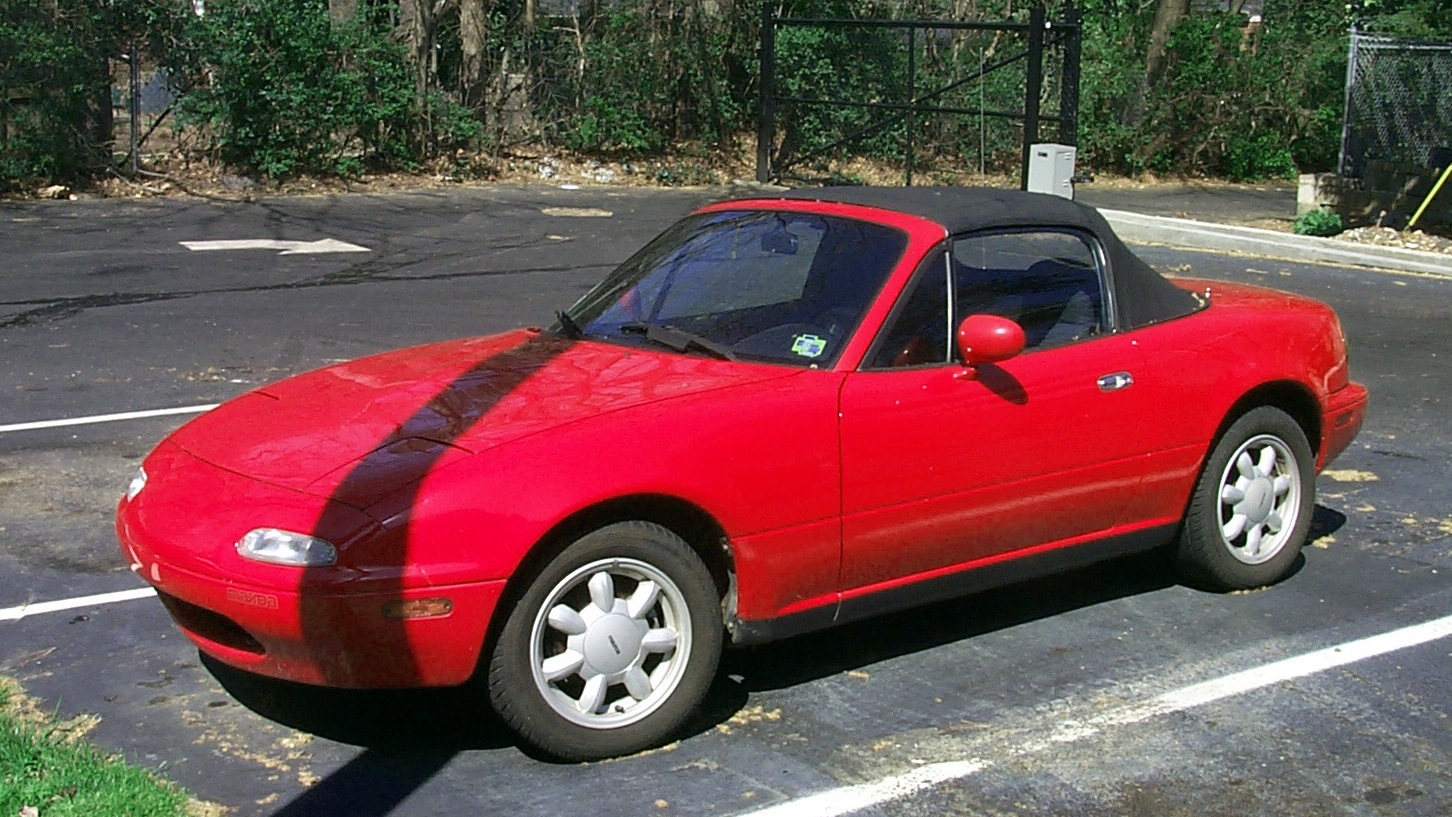 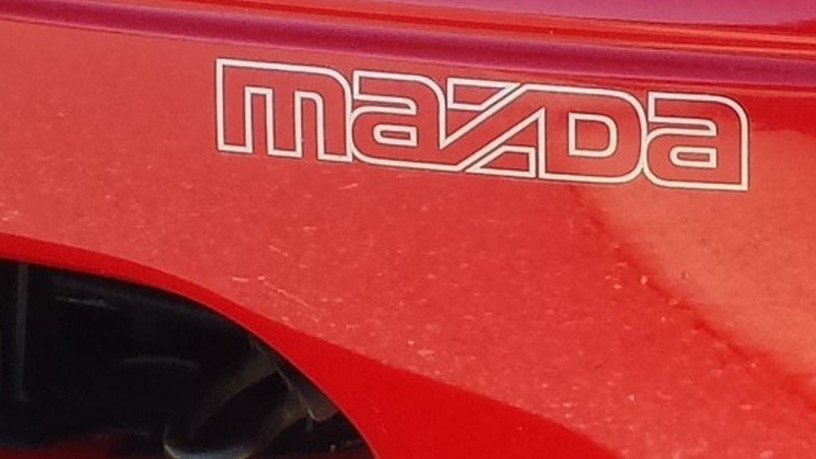 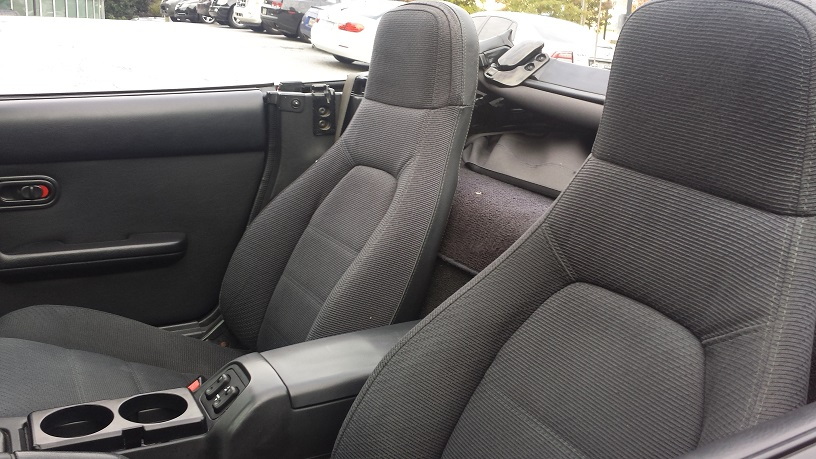 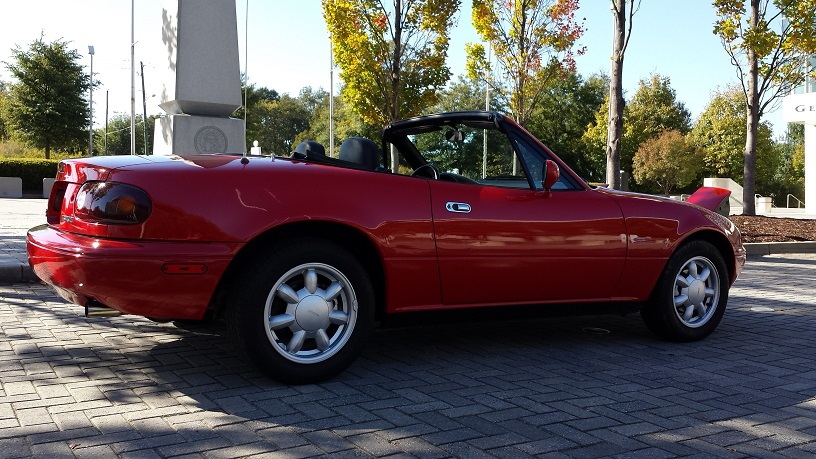 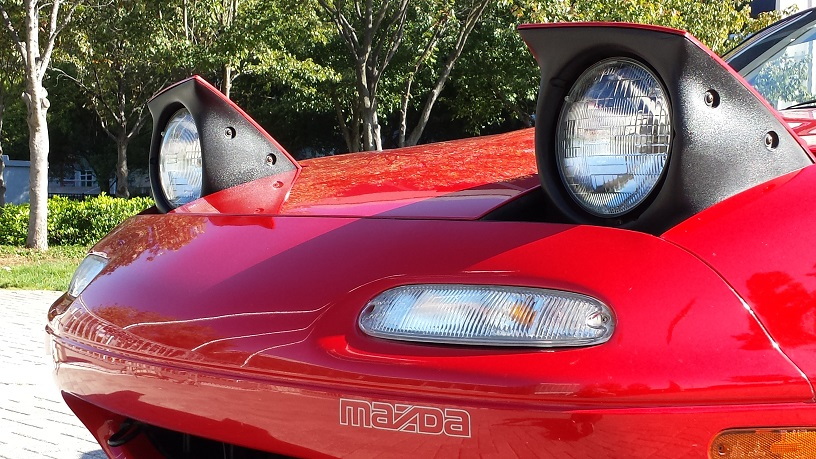 When you run into an old friend after 15 years, can you pick up like no time’s been lost?

Reunions are something I normally don’t do. The open-all-night nostalgia factory that is Facebook has pretty much killed them, anyway. But I am all about your serendipity, your stunning coincidences, your fated meetings.

It happened to me this week.

Most of the time, the “Man Reunited With Car After 15 Years” stories don’t grab me. I quickly scan them, maybe get a little misty for the folks involved, and then it passes.

This week, I bought a red 1990 Mazda Miata. For the second time.

How I bought it, sold it, and bought it again after a decade and a half still has me scratching my much less thickly haired head. When it’s my own reunited story, I’m apparently stopped in my own tracks.

The first time around

Picture it: 1996. A callow youth cuts loose from a truly great gig for another, and bails when things get complex. He needs a car—and on a trip to his ancestral home, a much-needed game-reset flick of an existential switch, he buys a cheap, reliable, fun car to replace the expensive luxury lease that came and went with the regular paycheck.

The trade gives up leather and a CD changer, but in exchange he gets a near-perfect NA Miata. It's red of course, a 1990, plated in Virginia but quickly bought and swapped into Maryland tags with just 27,000 miles on the clock.

That Miata came south with me, and…well, it's simple, and trite, but true. It lifted me out of a rut when I'd hit a low point in my work life. I spent a summer recuperating with the buzzy thrill of the Miata's four-cylinder, the barely-fitting-into-it. Throwing the top back during the breathtaking southern spring—and flipping it back for the three-week, three-inch-thick coat of pollen that came with it. It was the perfect backbeat to my first year here in post-Olympic Atlanta, when I struggled mightily to put together a freelance career, to scrape together something of a suburban life, temporary as it was.

I should have apologized to the Barbie Car several times, because Atlanta drivers even back then earned their reputation for being shitty. In the days before texting and driving, I was hit three times in two years. Once was technically out of state—on I-85, broadsided by a Georgia-plate truck outside the BMW plant at 85 mph (nice coincidence). I kept it on the road instead of spinning into a jersey barrier.

Then hail hit it. Then a dump truck didn’t see me at an intersection in it, and rolled halfway over the deck lid before I got out and waved him off to stop.

All were fixed along with some window regulators, an exhaust bracket, and plug wires, the NA holy trinity. And it was working beautifully by the time I decided I didn't need it anymore. I tried to sell it a couple of times, more out of need than I was willing to admit to at the time. A curbstoner in southern Maryland offered me $1500 to take it off my hands.

Finally, in early 2000, I sold it. A bona fide bonehead move, since it only had 60,000 miles and was paid off. I just didn’t have a place to park it and had started to get press cars again in conjunction with this little web site I had just started to edit—The Car Connection.

Nothing stays the same. I’ve been through four or five houses since, gotten married, buried family and friends in the intervening 15 years. Hell, TCC has been sold twice since then.

The desire to have a Miata is semi-permanent. You never really stop wanting one, even when it's gone, and you keep looking.

Other Miata owners know the feeling: when someone you know wants one, when you’ve had one, when you want one again. It’s not the hormonal must-have of a muscle car, or the fey collector preening over a few prime listings. It’s a sort of throwaway-culture purchase you want to keep forever—the 45-rpm record of collector cars. Junk jewelry that's anything but junk.

The stage set itself this summer. The garage was clear, the cash appeared. Then I drove the new ND Miata. Ever since, I’d been telling people—and writing—that it only made me want my Miata back.

Miatas kept cropping up in the background window of my mind. I drove them in Hell for the North American Car of the Year balloting. Just last week, one sat parked out in the driveway for more seat time.

Then I clicked on a followed search on eBay for 1990 Mazda Miata, rifling through one day before a conference call.

I looked at one picture and knew from the wear on the radio button. The way those parents in Lifetime TV movies know the child on the playground was theirs, just stolen by Meredith Baxter a decade ago and given a bowl haircut. “HE’S MINE!”

I kept reading, and the more I read, the more I knew it. “We purchased our Miata from a "car person" who worked and wrote for Car and Driver at the time.” Well, close enough. It’d been a few years by then.

The best eBay pictures I’ve ever seen for a car told the rest of the story. The wear pattern on the seat. The way the glove box hung just a little off kilter. Mine.

Right here in Atlanta, where we left off. Not totaled by idiotic local drivers. Not sold and moved to some far-off state. Not retired, exhausted, put down or otherwise snuffed out. Mine.

And damn if it isn’t in better condition than I sold it, save for the extra fifty thousand miles. The paint’s as good as it could be after a decade and a half of light, careful use. The top’s glass window is superior to the plastic one I sold. The shifter still snicks. The radio still plays the Nineties music, just not through a CD player. The boot’s still only been used two, maybe three times.

We should all give eBay some eternal thanks. Where else can you find your entire past, curated and collected for instantly gratifying scavenger hunts? I’d been looking at flying to Wyoming for an RX-7 GSL-SE this summer, for a Chrysler Imperial two-door in Tampa, but a few clicks of the wireless mouse and I reconnected the pieces of my past, just a few miles apart.

A few dozen emails, a signature or two at the kitchen table on the first sunny day in two weeks, and it’s finally home, tucked in the garage it never had in our first interlude.

It came home today again and this time it’s for good, I swear. I have dreams of making this my grumpy old man car. I’ll drive it up and down the beach a couple thousand miles a year. I’ll complain about how the neighborhood association is telling me where I can and cannot park it. I’ll bitch and moan about how the weather’s not good enough to take it out for a spin, because it will not be driven in the rain, for God’s sake. It’ll be wonderful.

This makes me the second and fourth owner of this particularly fine example of bright-red 1990 Mazda Miata. I am this car’s Grover Cleveland. Its Richard Burton. I’m its Throwback Mountain Dew, and it is mine.

We're each others’ comets, somehow at the same perihelion one more time, together again for what i hope will be the long Indian summer of both our lives. Ready to take each other out for another spin.