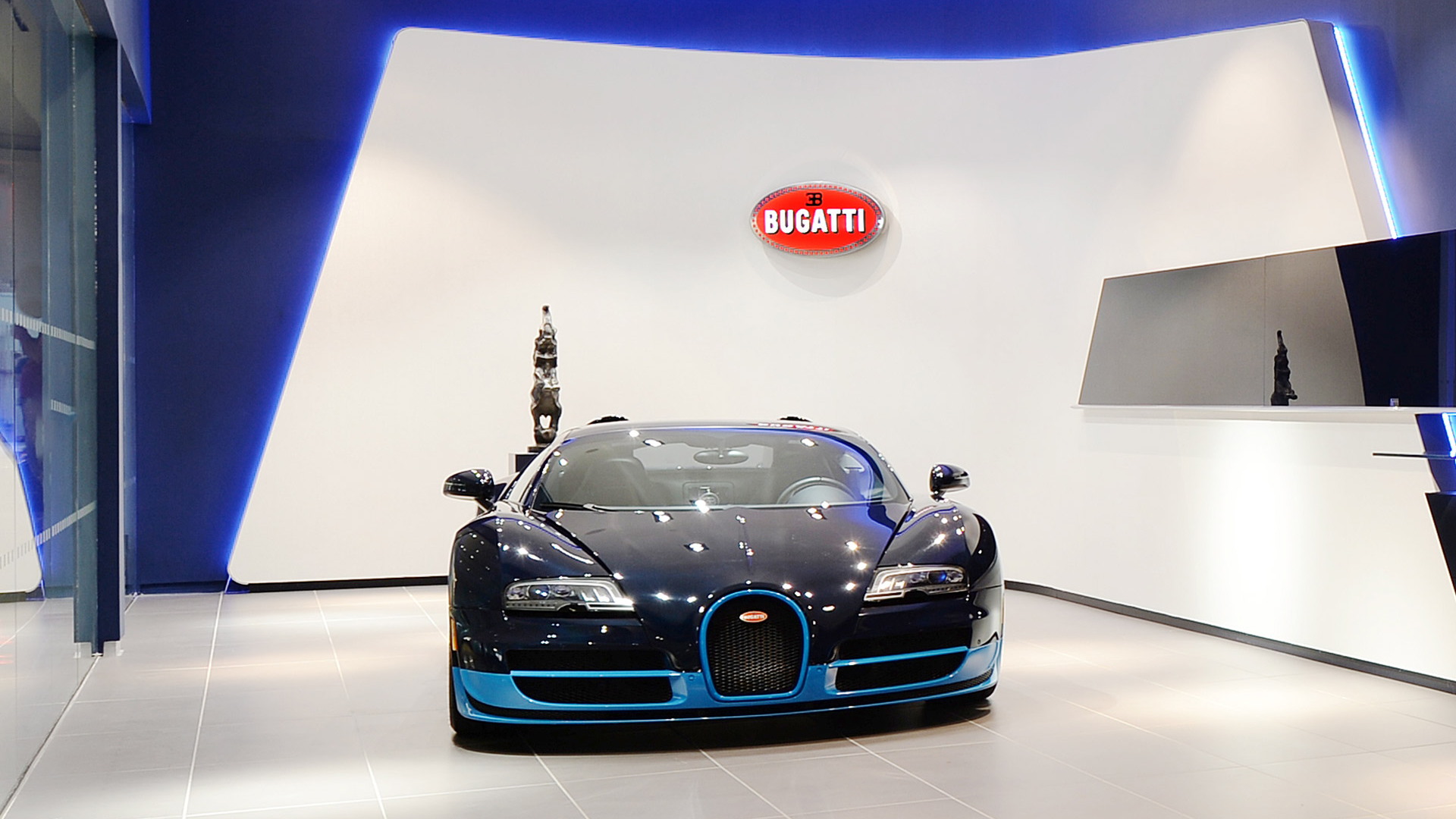 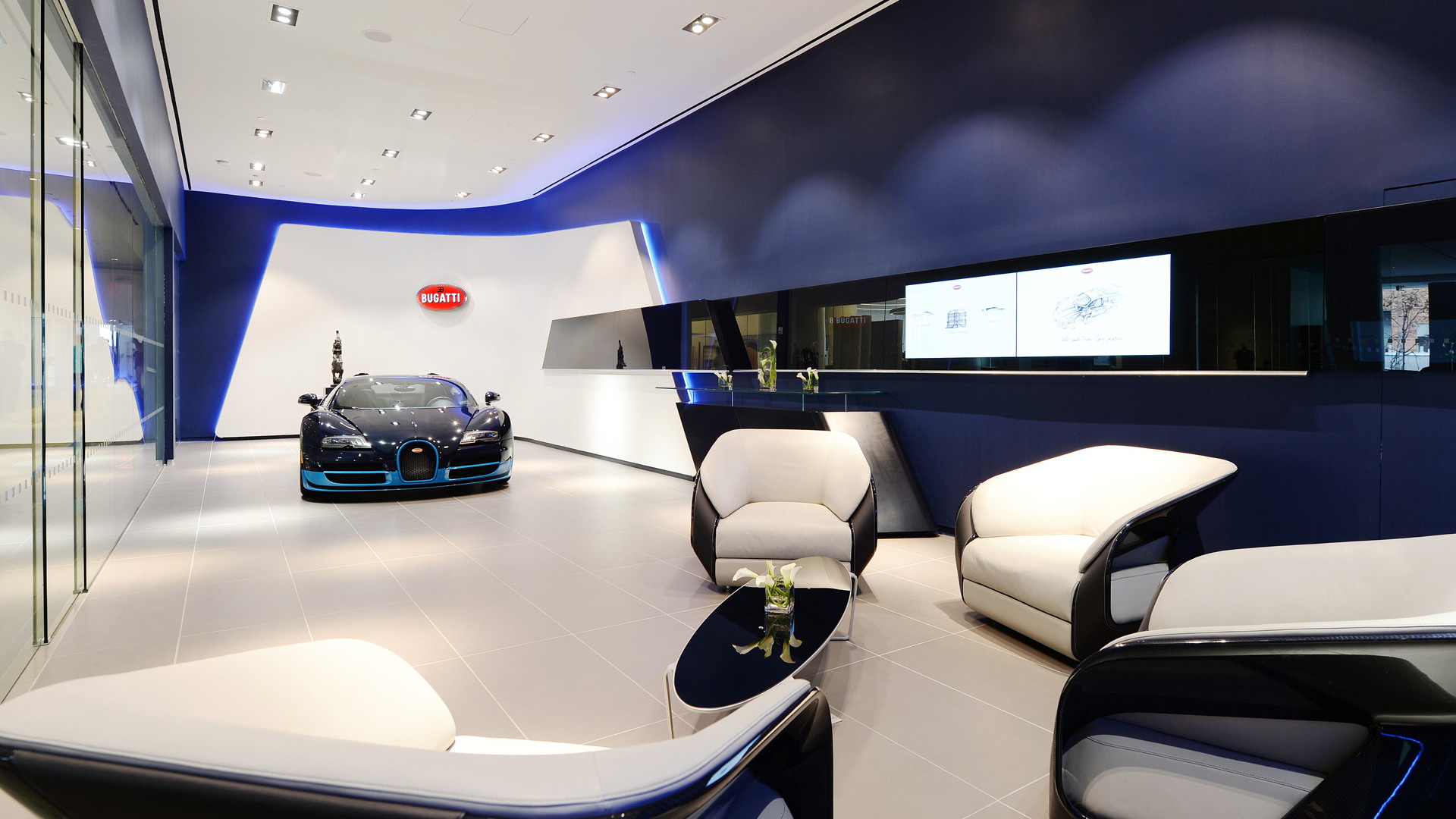 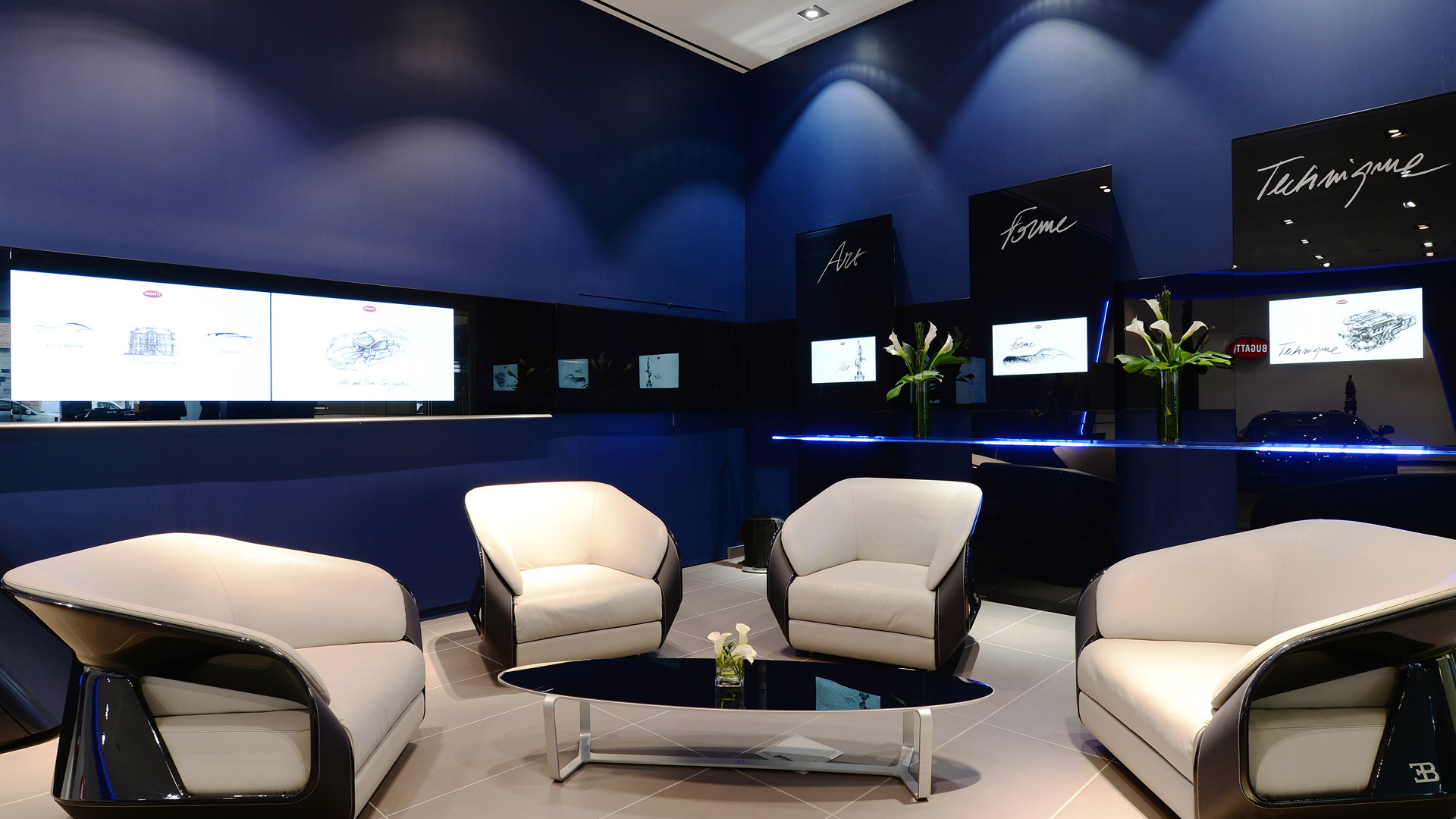 Bugatti’s last Veyron was unveiled at the start of the year but work on a successor started long before the build slot for the last Veyron was even sold. The successor, which many predict will be called a Chiron, is set to debut at the 2016 Geneva Motor Show next March and has been spotted in prototype form.

Bugatti will make it easier for its list of wealthy clientele to configure their ideal car by opening new showrooms around the world. At present, Bugatti has 27 showrooms in 13 countries and further sites are due to open in the coming months. All of them will feature a common design which Bugatti is rolling out across its sites, with the first two being new showrooms opened in New York City and Miami.

The design was developed to provide potential buyers with the special brand experience that customers and guests enjoy at Bugatti’s headquarters in Molsheim, France. The contemporary design is dominated by blue, Bugatti’s brand color, with distinctive lines and clear surfaces reminiscent of Bugatti’s current car design themes.

The showrooms also feature a heritage section where the history of the Bugatti brand is highlighted via a trio of monitors showing various films and animations. Here, too, potential buyers can sit with a Bugatti representative and discuss the purchase of a new supercar. Much of the furniture used, by the way, is part of the Bugatti Brand Lifestyle collection and can also be ordered.

The New York showroom, located on Eleventh Avenue, is part of Manhattan Motorcars, which also handles brands such as Koenigsegg, Lamborghini and Porsche and recently moved to a new location on Manhattan’s West Side, only a few blocks south of Central Park. The Miami showroom, located on Biscayne Boulevard, is part of Braman Motorcars, which also handles luxury marques such as Bentley and Rolls-Royce.

North America is once again expected to be the main market for the Veyron successor. After all, around one quarter of the 450 Veyrons sold ended up here and according to Bugatti’s head of sales, Stefan Brungs, there is already “phenomenal interest” in the new model coming out of North America.