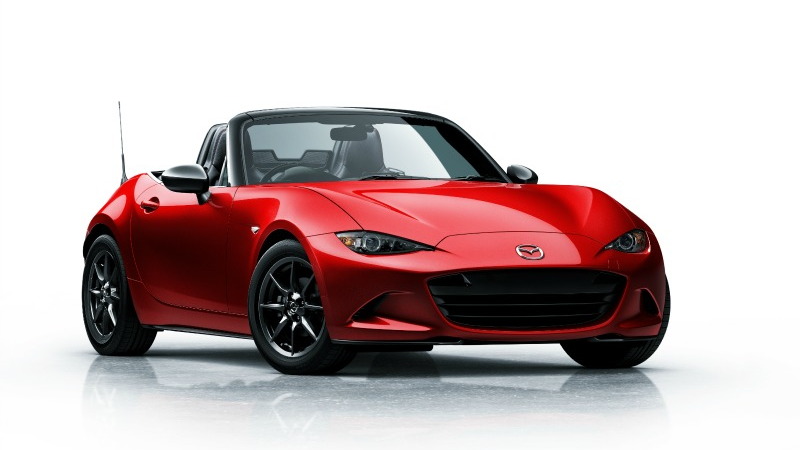 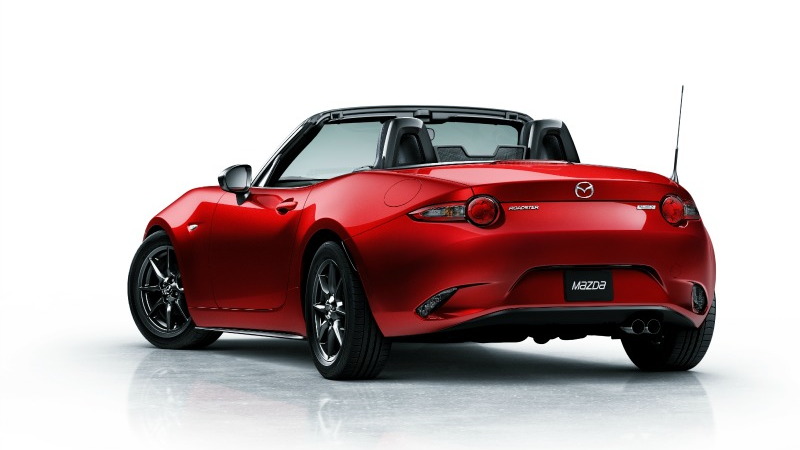 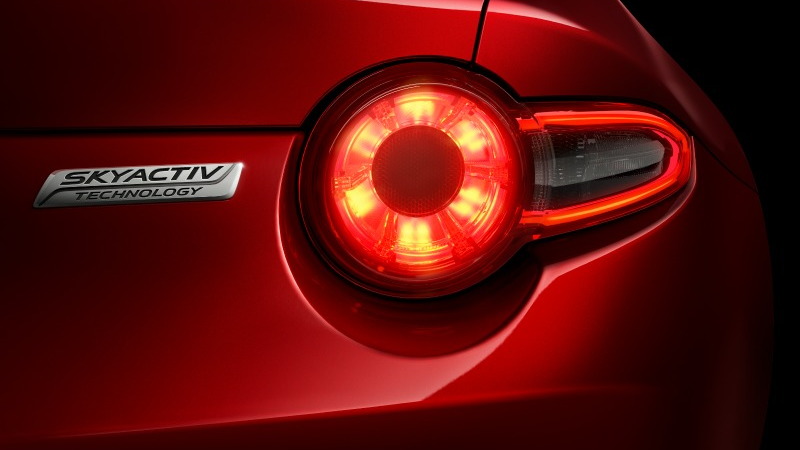 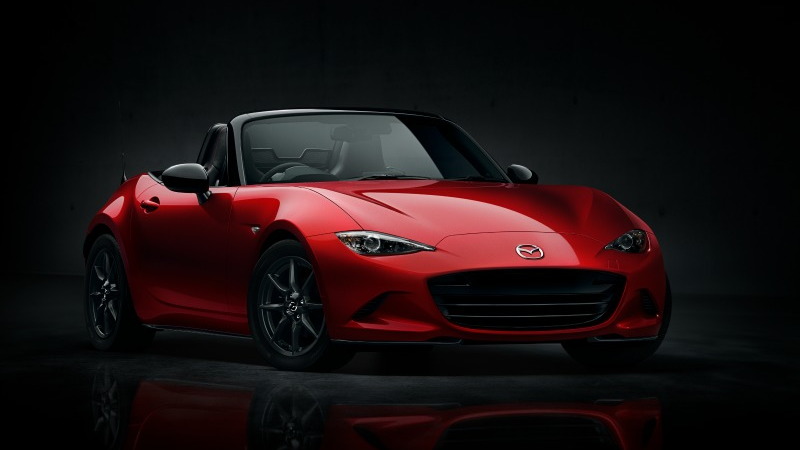 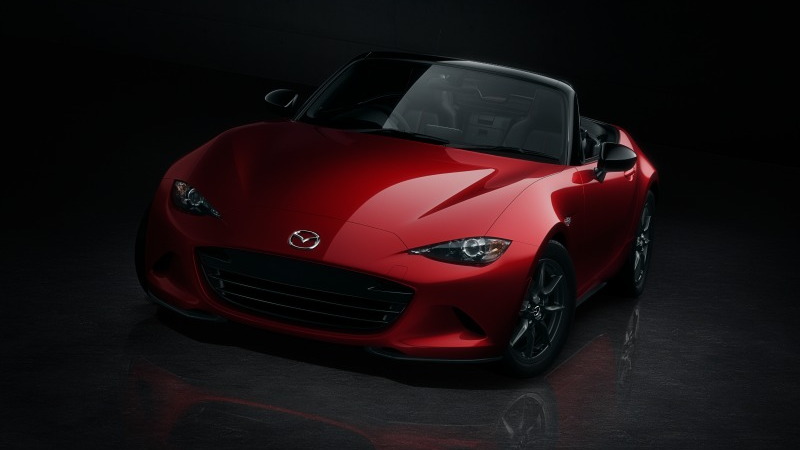 I may have written the First Drive review for Motor Authority, but I wasn’t the only member of the Internet Brands Automotive team at the 2016 Mazda MX-5 press drive in Westlake Village, California. We were lucky enough to have five journalists at the event, including one former first-gen Miata owner, Marty Padgett. Here we present each writer’s take on the fourth-generation of Mazda’s delightful little roadster.

I'll take the driver's seat here as the voice of the Miata purist. From 1995 to 1999, I owned one of the originals, a red 1990 Mazda MX-5 Miata, with a few options (power windows, headrest speakers), bought secondhand from a fanatic who only clocked 27,000 miles before me.

I drove the hell out of that little red car in the brief interlude I called a freelance career. Up and down the east coast, from Atlanta to Washington, stuffed to its gills with luggage and pets. It was a terrible long-distance car, so loud the radio was an afterthought, so cramped I stopped every hundred miles to reset my hips.

But for the "final mile" of driving at either end of an interstate slog, it was a diamond, pure, brilliant. Nothing steers like the original Miata. Nothing comes close to extracting as much pure driving joy out of an undulating country road.

After driving the new ND Miata, I can already pinpoint where OG NA fans will pick nits. Some of the differences with the ur-Miata make it a better car to drive, but stray further from that elusive first-gen mechanical harmony. The snicky, stubby little shifter from 1990? It's supplanted by a sweet-shifting gearbox with a lever motion that's technically, vastly superior in its shift action--but it's been shorn of the tactile pleasure of having to wait out the original's half-second of reluctance.

This new Miata rides like a car two sizes larger, it's so well-isolated. The doors are higher at my shoulder. You can carry out a conversation at 70 mph on a crowded freeway. It's an adult version of the toy car I used to grow into my twenties.

By the time I sent my MX-5 to a new home--I found a really nice farm for him to live on, I swear--every body panel had been repaired and repainted. Other drivers, including a dump truck and a duallie, casually elbowed it aside at highway speeds a couple of times. I'd replaced the top with a new one sporting a glass window, so no more dumb-ass friends could poke a hole in the plastic window crack, turning it from a nuisance into a $500 shop bill.

I gave it a next life with only 54,000 miles on the clock, and have regretted its drive-off regularly ever since.

New-car press drives always are tougher when you've owned the car in question. The new roadster's definitely rekindled my MX-5 love, but the Miata I want lives on a Craigslist classified ad yet to be found.

The search goes on.

The Miata has always been a car that finds its charm in simplicity. In the 2016 Miata, that’s more evident than it’s ever been—with harmonious engineering and design, inside and out, that you won’t find in any other car with this pricetag.

All the details are right. You quickly bond with the MX-5 Miata because of how closely the driving position feels in sync with the dynamic center of this car, and how there’s no delay to your inputs; forget about multiple performance modes as you simply don’t need them here. The frisky 2.0-liter four blips quickly; clutch takeup is forgiving yet precise; the shifter snicks neatly; and the pedals are placed perfectly, even for this long-legged driver. Leave the top down at 70 mph and you can still have a conversation, and perhaps even more importantly, you can fling the top open (or pull it closed) at stoplights.

Behind this latest Miata, like its predecessors, there’s a team that truly sweated out the details. The lone exception to the Miata’s simplicity is the infotainment system, which we’d be happy to delete in favor of a clean dash [hint, hint]. For the time being, there’s no way around the freestanding system (although base models get a smaller audio unit), and the Commander Control is ill-placed behind the shifter, leaving no room for elbows (it’s required when the vehicle is in motion). What were they thinking?

When the Miata went through the scrutiny of the SkyActiv lens, we suspected that only good things could result from the “gram strategy” and clean-slate approach to every component. We were right. The leanness may have been hard-won, but it still speaks simplicity from the driver’s seat, and that’s quite the accomplishment.

You can make a case that the 2016 Mazda MX-5 is the most environmentally responsible sports car you can buy. At least, that you can buy if you're not in the position to drop $140K or more on the BMW i8 plug-in hybrid sport coupe, with its sexy gull-wing doors, its rated 15 miles of electric range, and its unique styling idiom.

But for those of us more likely to spend a fifth of that amount on a fun new car, we were impressed with the new Miata's fuel economy. Its 2.0-liter SkyActiv engine may be slightly down on peak power from last year's model, but the car is 150 pounds lighter, marking a return to the smaller dimensions and seeming simplicity of the very first Miata a quarter of a century ago.

During almost 200 miles of aggressive driving through the winding canyons north of Los Angeles, we got real-world fuel economy of slightly more than 30 miles per gallon combined in the two Miatas we drove. Like the new CX-3 small SUV, the base CX-5 compact SUV, and other Mazda models that use the same 2.0-liter engine, the Miata seems incapable of delivering truly bad fuel economy no matter what you do to it.

The EPA rates the new 2016 MX-5 at 30 mpg combined, though the city and highway numbers vary slightly depending on whether you opt for the six-speed manual gearbox or the six-speed automatic transmission.

And, note, that's actually a higher rating than the BMW i8 gets when it's operating in blended gasoline-hybrid mode. The pricey but stunning sport coupe only comes in at 28 mpg combined.

The 2016 Mazda MX-5 embodies everything wonderful about the original 1990 Miata in a modern version.

The basic concept of this new fourth-generation Miata is the same as the original, both in terms of mission and layout. Robust power and tenacious grip were secondary to the development of a sports car that is fun to drive and easy to toss around. Minimizing weight was Mazda's goal for the fourth-generation MX-5.

I found the 2016 MX-5 absolutely delightful on mountain roads, and the Club model is the most satisfying and rewarding to drive.

The GT model isn't as sharp and feels softer than the Club with just a hint of wallow in hard driving, but its smoother ride quality makes it better for long cruises and driving around the neighborhood, the sort of driving most people do.

Choosing between these two models comes down to what the driver wants from the car. The ride quality of the Club is not harsh and should be fine for everyday driving, while the GT should not disappoint the driver who enjoys spirited motoring. The base MX-5 Sport model has the same suspension as the GT and comes with a cloth top, so the Sport offers the best value for someone who simply wants the joy of a classic sports car.

The tires lose grip gradually when cornering at high loads and the chassis is evenly balanced, so handling is predictable. A stock 2016 MX-5 Miata might slide around too much to win autocross championships but it's enjoyable, entertaining, satisfying to hurl into corners on deserted back roads and doesn't beat you up in the neighborhood. Braking and turning at the same time tends to result in mild oversteer. Even braking through a transient maneuver is easy to control, a benefit of its nearly perfect balance. The Miata does what is expected and never surprises its driver, so car and driver become one.

Power is not excessive. There is no surge of force at high rpm. Torque is lacking, but the engine revs freely and smoothly. Blipping the throttle with the side of the foot while braking is wonderfully easy and enjoyable. The pedals and the steering wheel are positioned directly in front of the driver, a rarity of seating precision.

All of this makes the new Miata a rewarding, classic driving experience. I think it's the most fun you can have in a sports car in its price range.