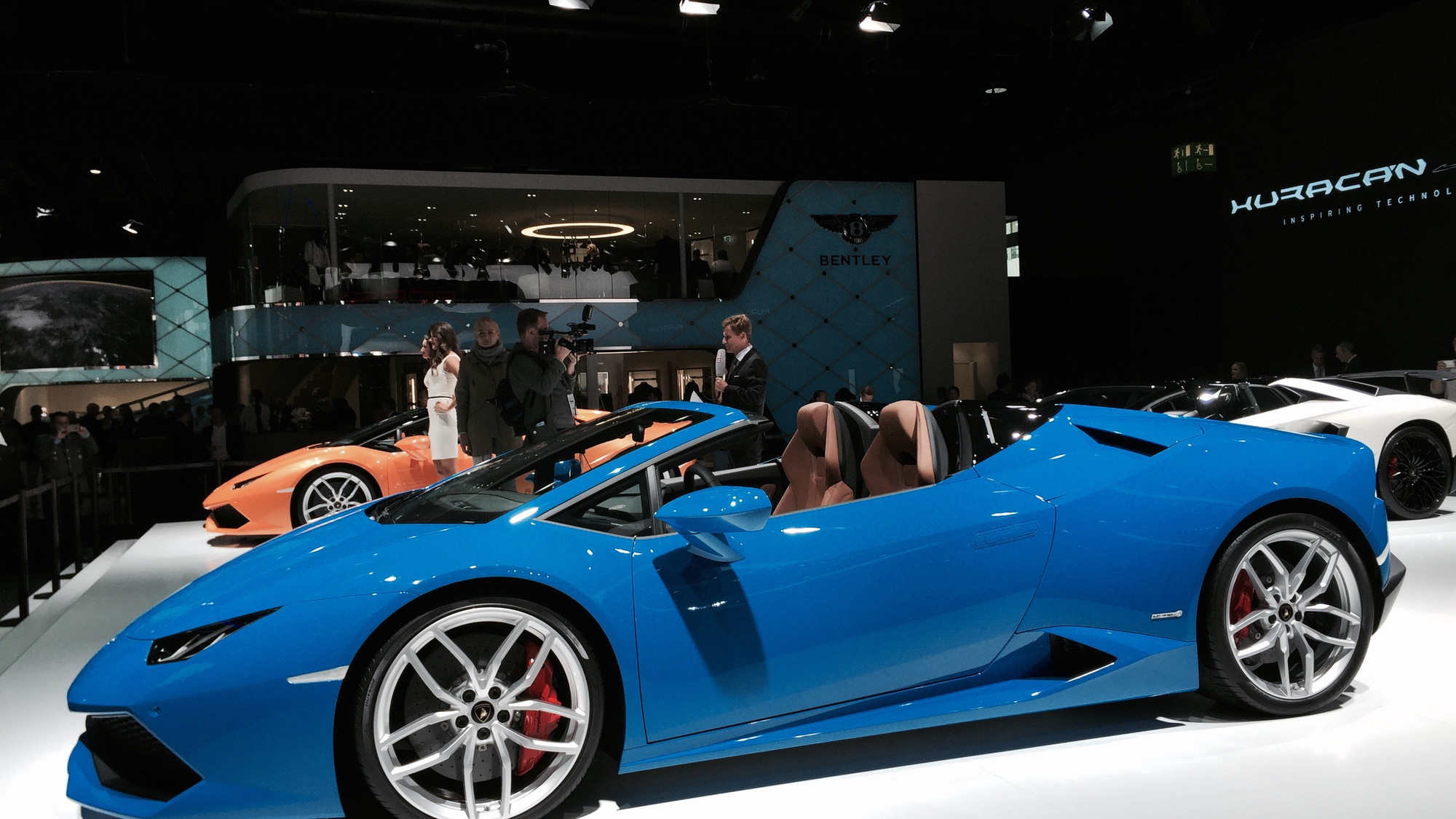 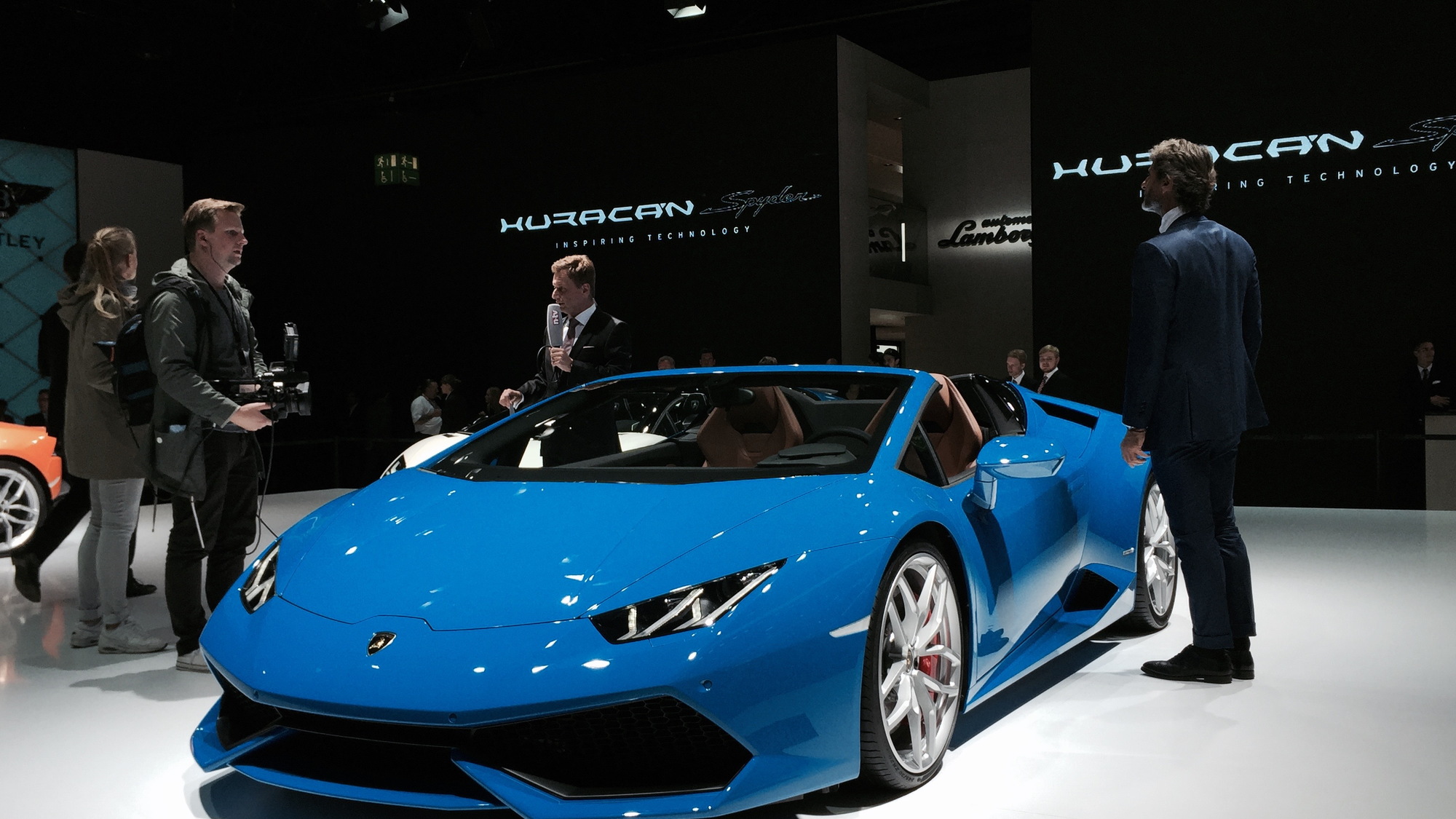 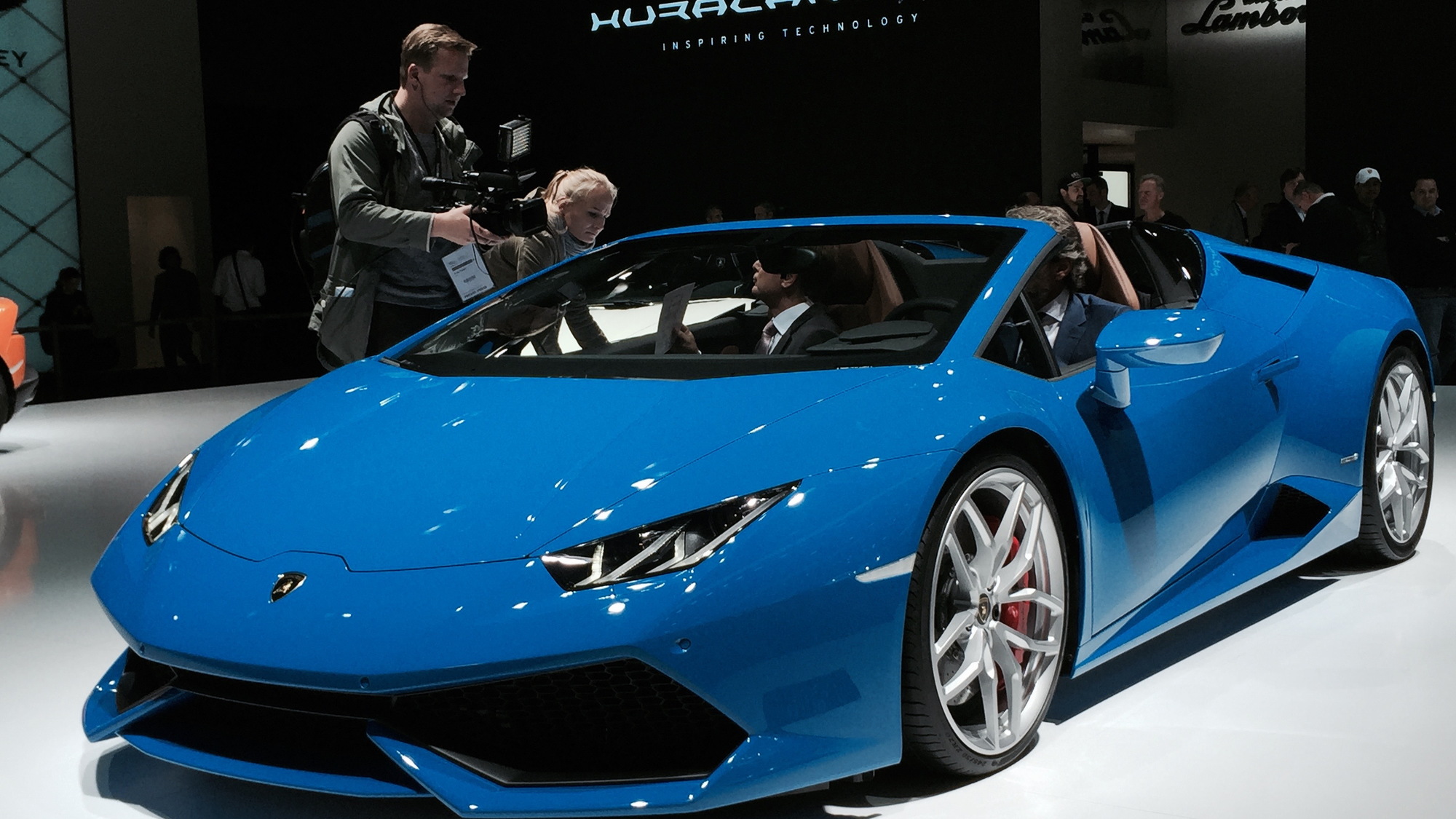 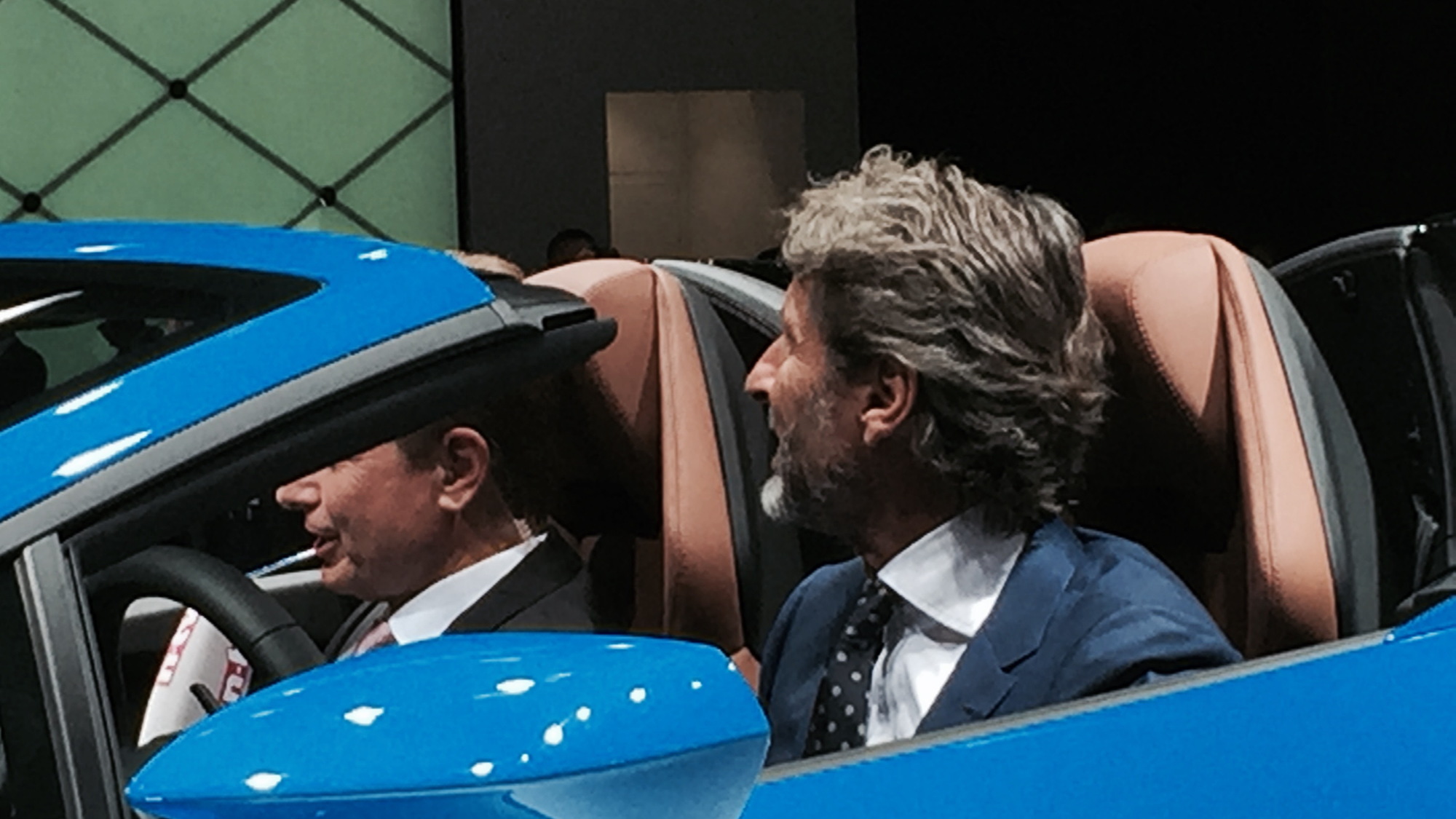 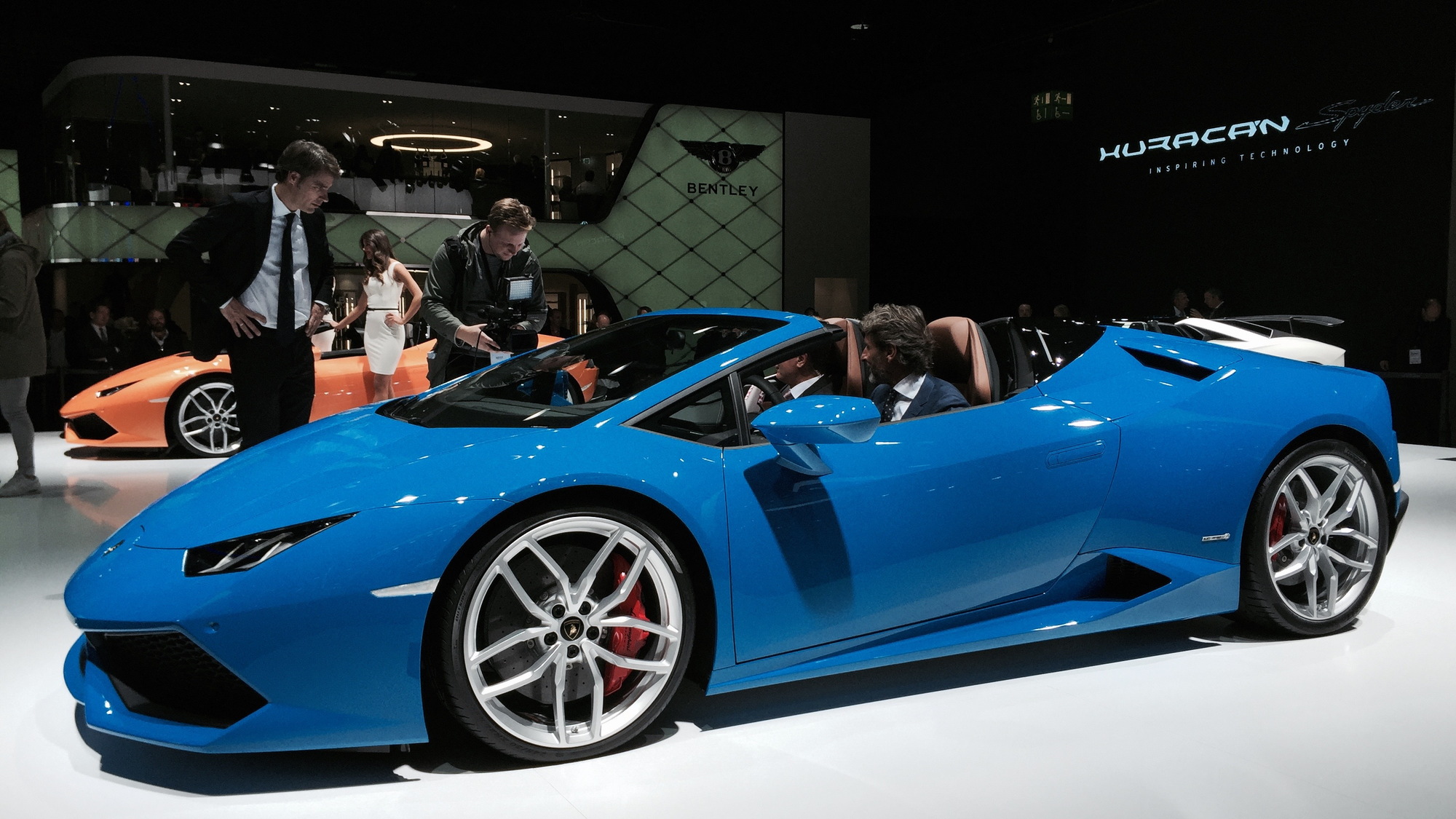 Lamborghini’s new Huracán LP 610-4 burst onto the scene a year ago and immediately impressed us with its stunning looks, screaming V-10 engine and precision handling. Now the lineup is being expanded with a convertible in the form of the Huracán LP 610-4 Spyder, revealed today ahead of an official debut tomorrow at the 2015 Frankfurt Auto Show.

The car's roof is an automated soft-top similar to the one on the previous Gallardo Spyder, which this model directly replaces. The roof is available in three different colors—black, brown and red—and fits nicely into the Spyder’s silhouette while up. At the push of a button, it folds away neatly in a compartment behind the seats in just 17 seconds. And it’s been designed to operate at speeds of up to 31 mph.

The rear window can be raised or lowered, regardless of whether the roof is up or down. When the roof is down, this window continues to serve as a rear windshield. An integrated duct helps to reduce turbulence during open top driving, and for additional comfort there is a removable wind guard on either side of the cabin. Last but not least, two new fins help to channel air flow to the engine.

That engine, by the way, is identical to the one in the coupe. It’s a 5.2-liter V-10 delivering 601 horsepower and 413 pound-feet of torque to all four wheels. The only transmission remains a seven-speed dual-clutch unit. Lamborghini quotes a 0-62 mph time of 3.4 seconds and a top speed of 201 mph for the Huracán Spyder.

Lamborghini hasn’t mentioned any modifications to the chassis, which combines aluminum components front and rear with extensive carbon fiber elements in the passenger cell. More aluminum is used for the exterior shell. The quoted dry weight of the car is 3,399 lbs.

The new convertible option isn’t the only change being made to the Huracán lineup. For the 2016 model year, all Huracán models receive a cylinder-deactivation system that shuts off one bank of the engine during light load situations. To further reduce consumption, the cars also come with an engine stop-start system.

“The Huracán LP 610-4 Spyder is the next chapter in the success story of the naturally aspirated V-10 Huracán, and continues a Lamborghini tradition of open air motoring,” Lamborghini CEO Stephan Winkelmann said at the reveal. “Its predecessor, the Gallardo Spyder, was the best-selling open top model in Lamborghini’s history—we expect the Huracán Spyder to exceed its predecessor in every way.