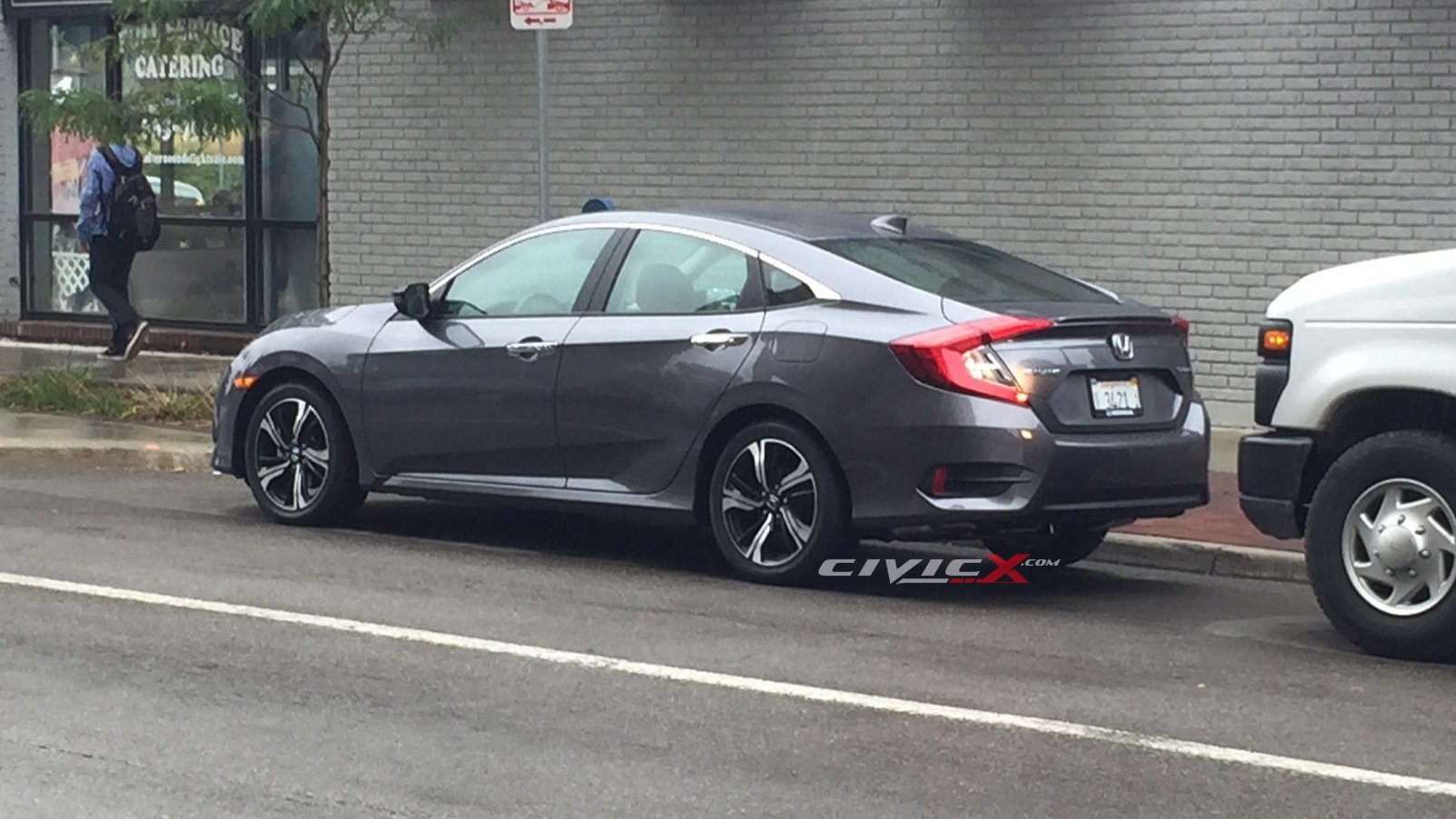 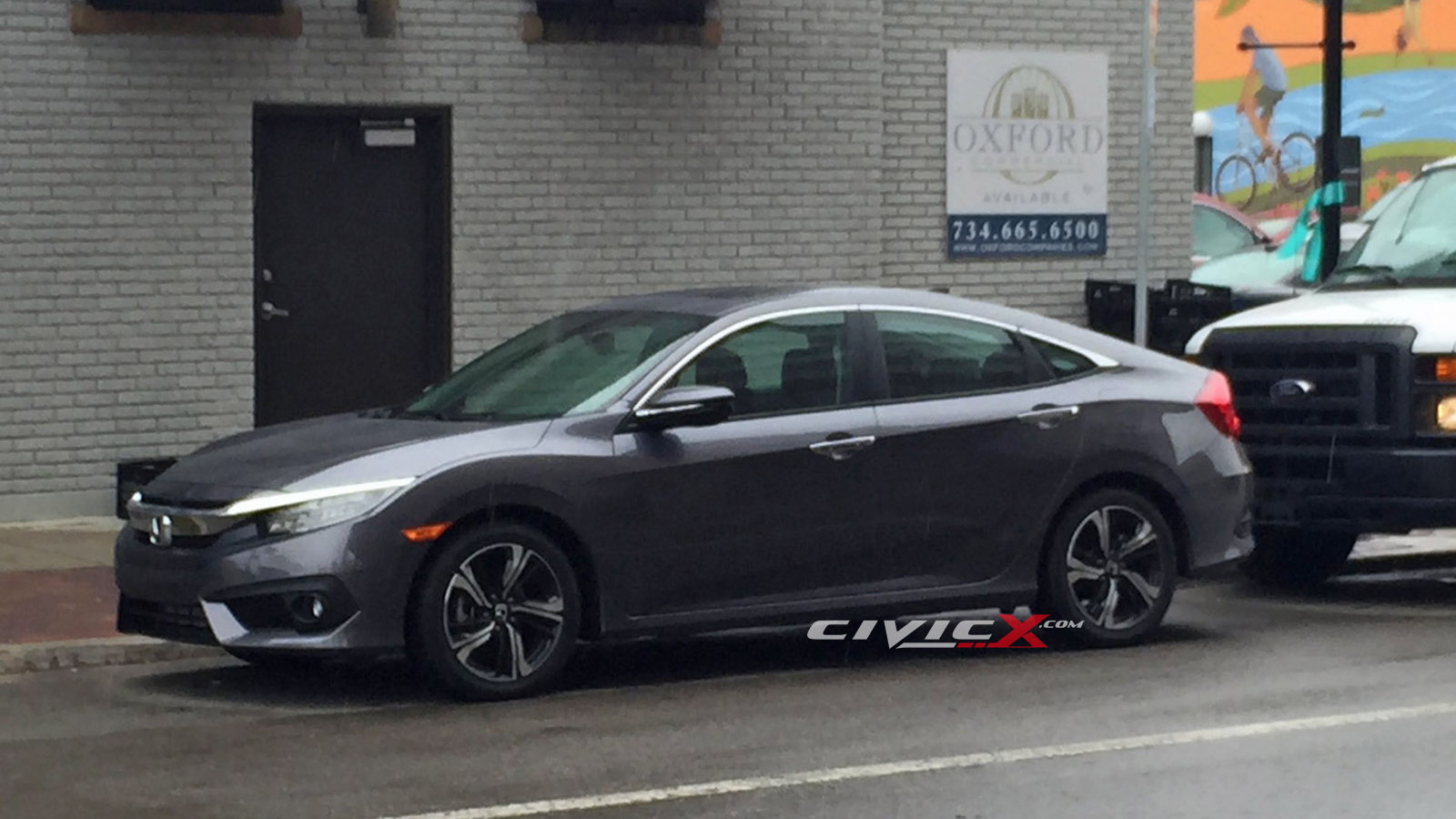 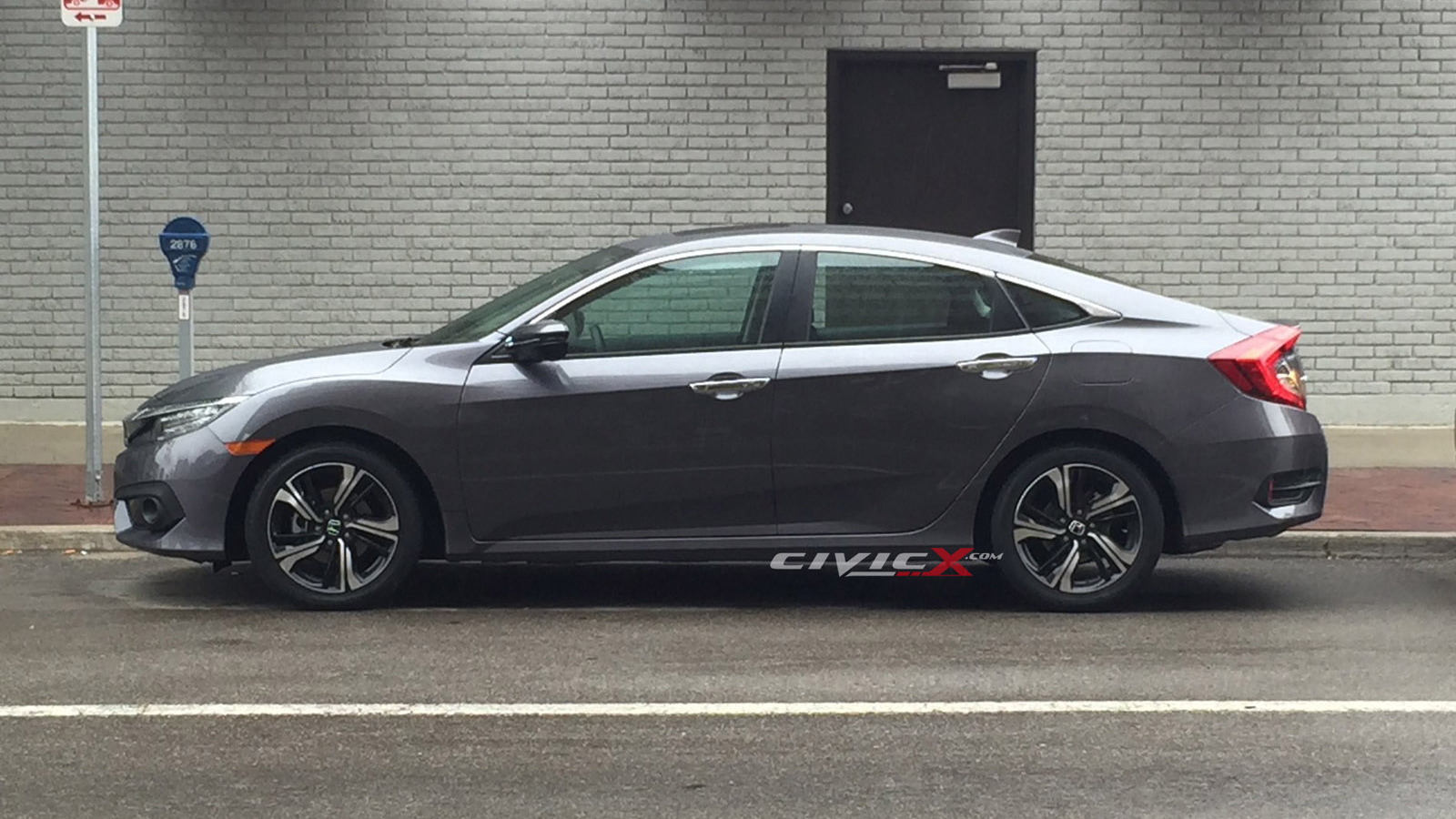 The 2016 Honda Civic is officially going to bow next week; but Honda apparently couldn’t wait to sneak out in public with it.

Thank CivicX for these first undisguised photos of the 2016 Honda Civic. We'd call them spy pics, but there was no sleuthing required; here it is, in U.S.-spec form, with no camouflage, and just a block or so from Automobile Magazine’s old stomping grounds, ironically.

At first glance, this model entirely keeps the athletic stance and edgy details of the (hatchback) concept version shown at this past spring’s New York Auto Show.

As pointed out with the photos, this model keeps the large greenhouse of the concept, as well as the boomerang taillamps. In sedan form, Honda has done some interesting surfacing that makes this model visually interesting without being too far-out. We like the way the beltline crease drops near the back and contrasts with an upkicked lip spoiler—and the roofline of a fastback, in some respects. The most controversial element might end up being the new grille—essentially a big chunk of brightwork.

We think that this model is going to look great in Si and Type R models, and eager to see how the driving personality changes with the 1.5-liter VTEC Turbo four-cylinder engine that will likely be under the hood of at least some 2016 Civic models.