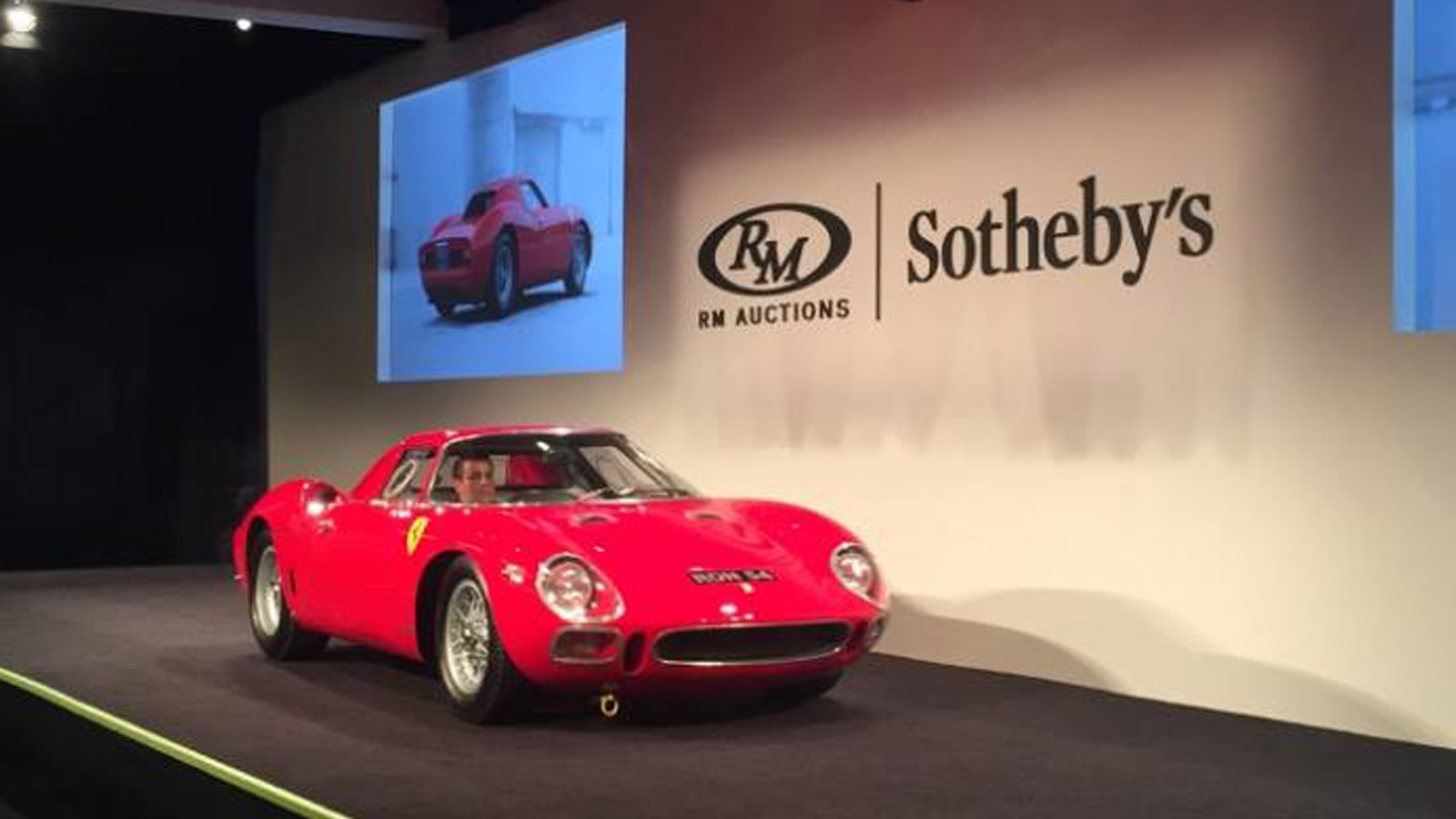 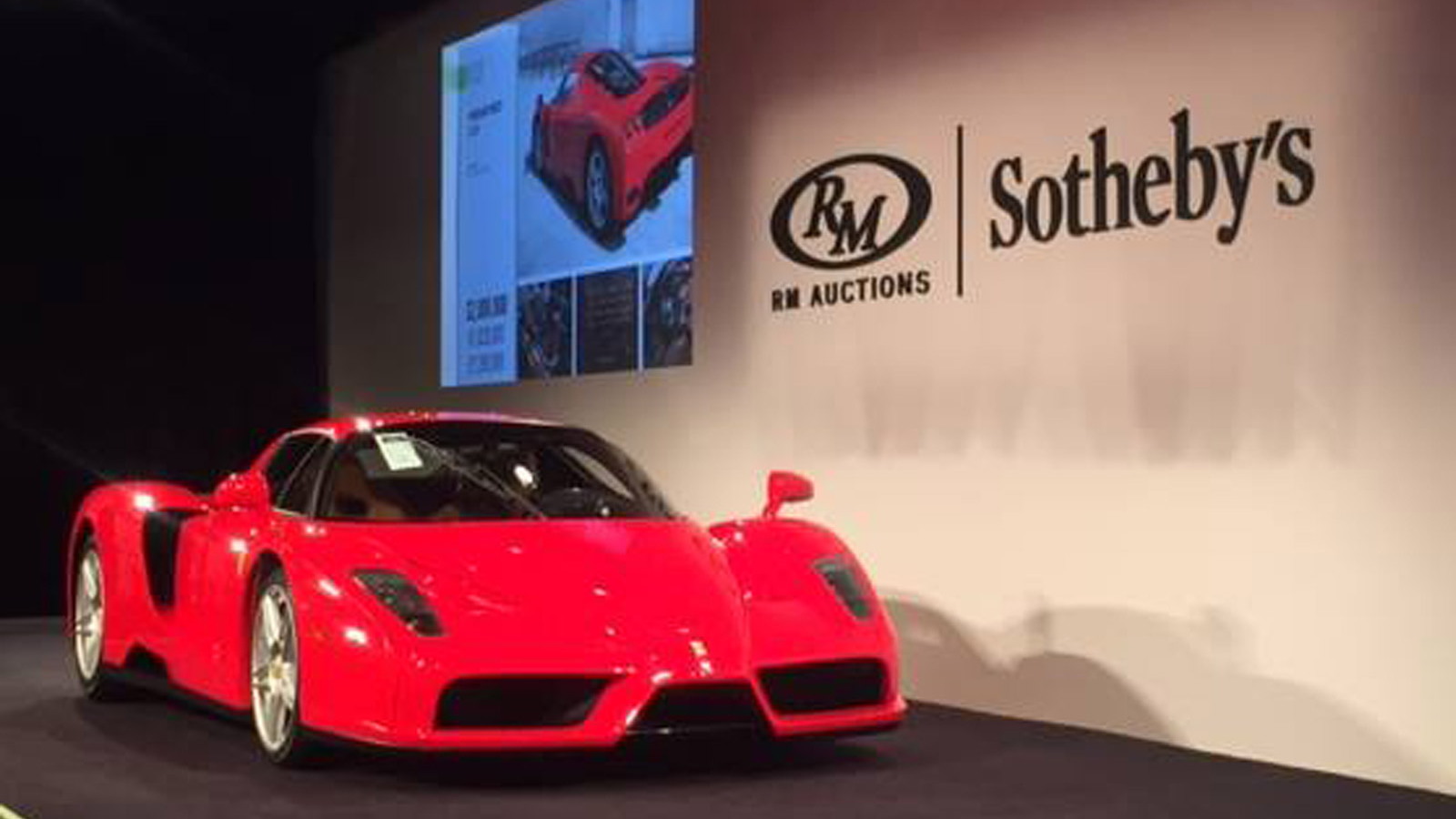 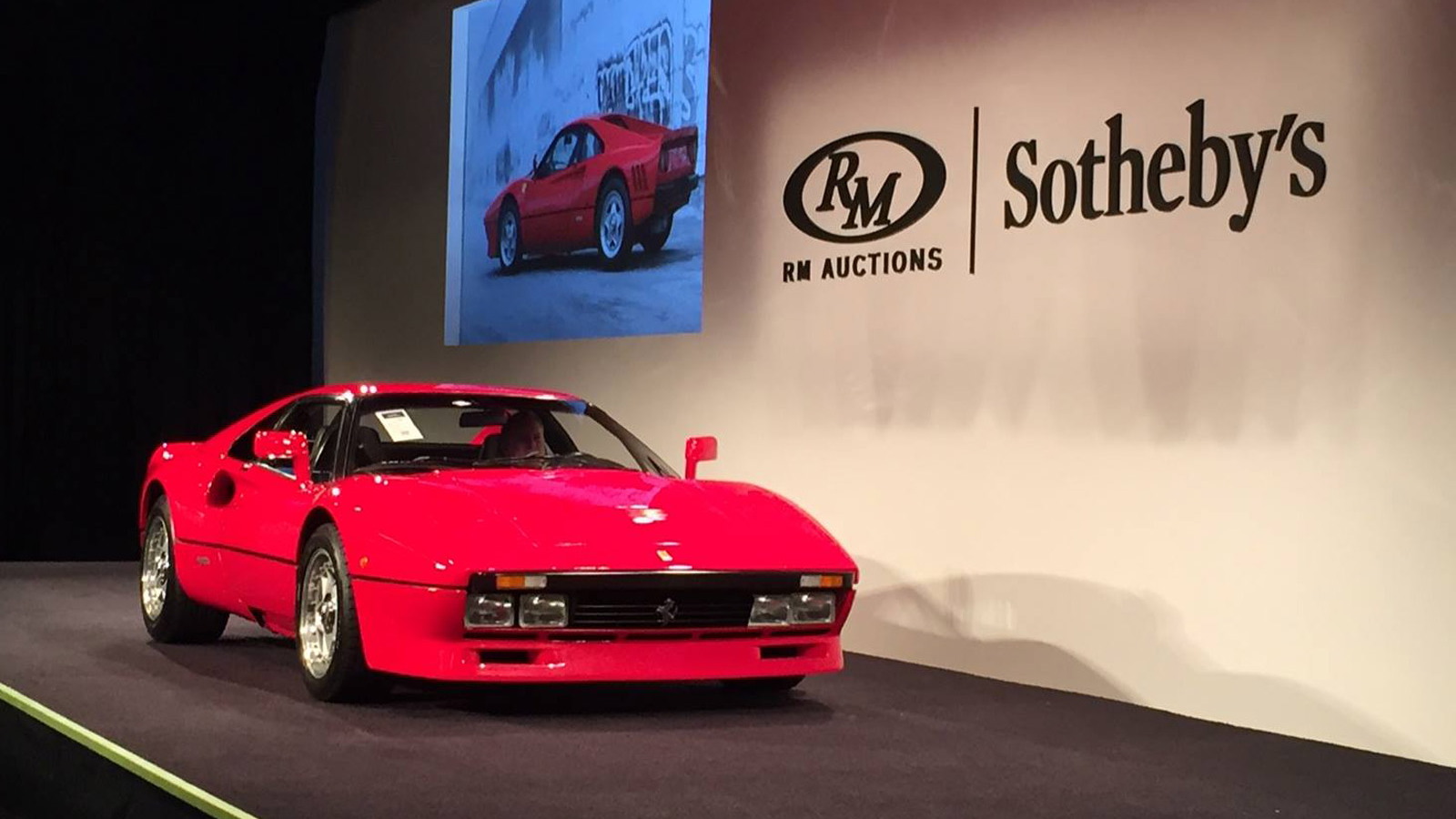 The auction action in Monterey has only just begun but already we’ve seen some huge bids placed on some very special metal. The real highlight were the cars that made up the collection known as the Pinnacle Portfolio, which included the very first Bugatti Veyron sold to a customer, a special 400th Ferrari Enzo (there were only meant to be 399 in total) donated to Pope John Paul II to raise funds for charity, and a rare McLaren F1 that was upgraded by the factory to uber-rare LM spec.

The highest bid was an incredible $17.6 million for a 1964 Ferrari 250 LM. This represents a record price paid for the car—the 23rd of only 32 examples produced and considered one of the very best in existence. This particular car was ordered from the Ferrari factory by privateer racer Ronald Fry, who back in 1962 traded in the Holy Grail of Ferraris, a 250 GTO, to purchase it. Another 250 LM took the overall victory at the 1965 24 Hours of Le Mans, the last time a Ferrari would have the honor.

Another record amount was the $6.05 million bid for the 400th Ferrari Enzo built. After the completion of the 399th Enzo, Ferrari built one more, to bring production to an even 400. This car, which would definitively be “the last,” was built not for any of the factory’s customers but as a gift for Pope John Paul II, who sold it to raise funds for charity.

The auction of these cars was handled by RM Auctions, whose event is just one of the many taking place in Monterey throughout the Pebble Beach Concours d'Elegance weekend. There are plenty of additional cars going under the hammer still. You can keep abreast of all the action via our dedicated hub.