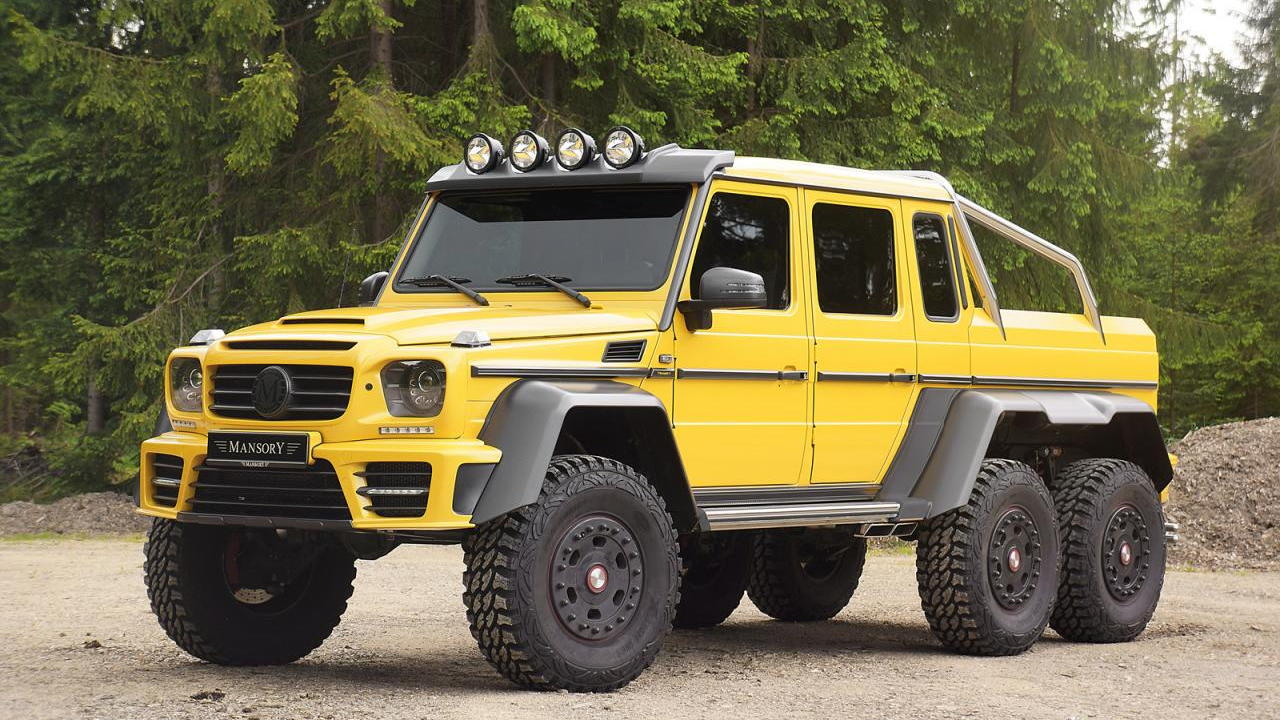 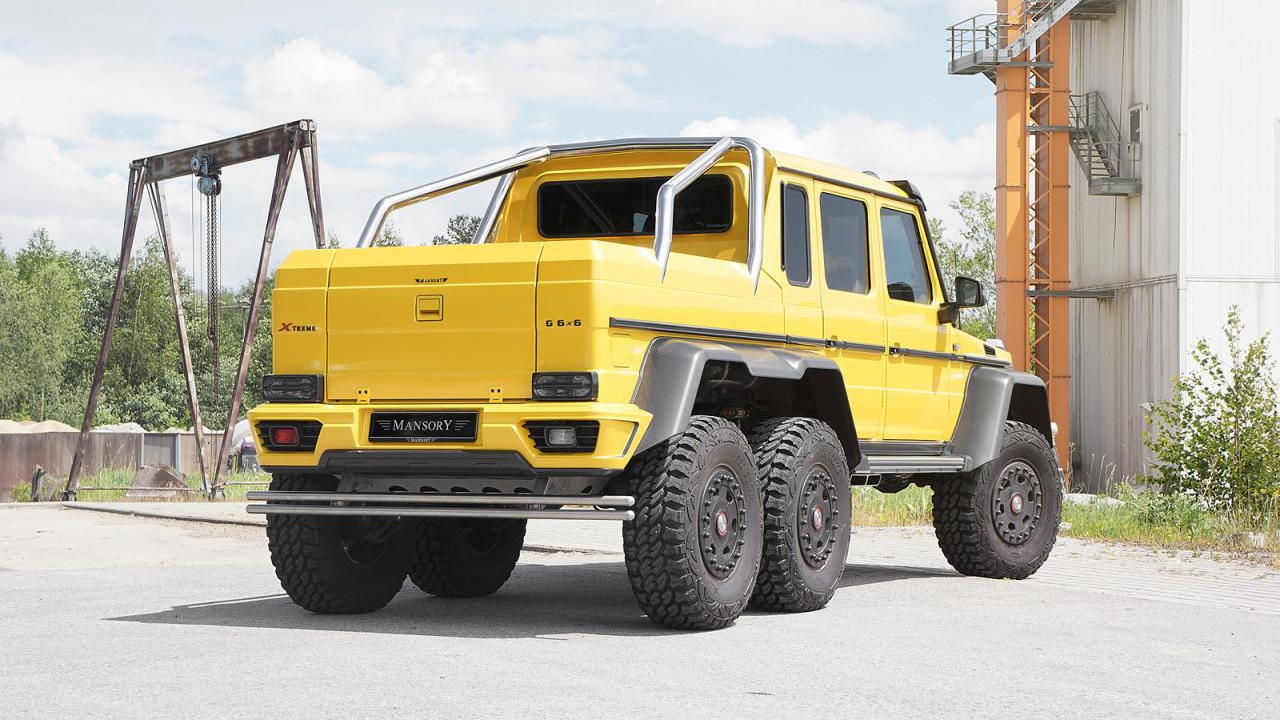 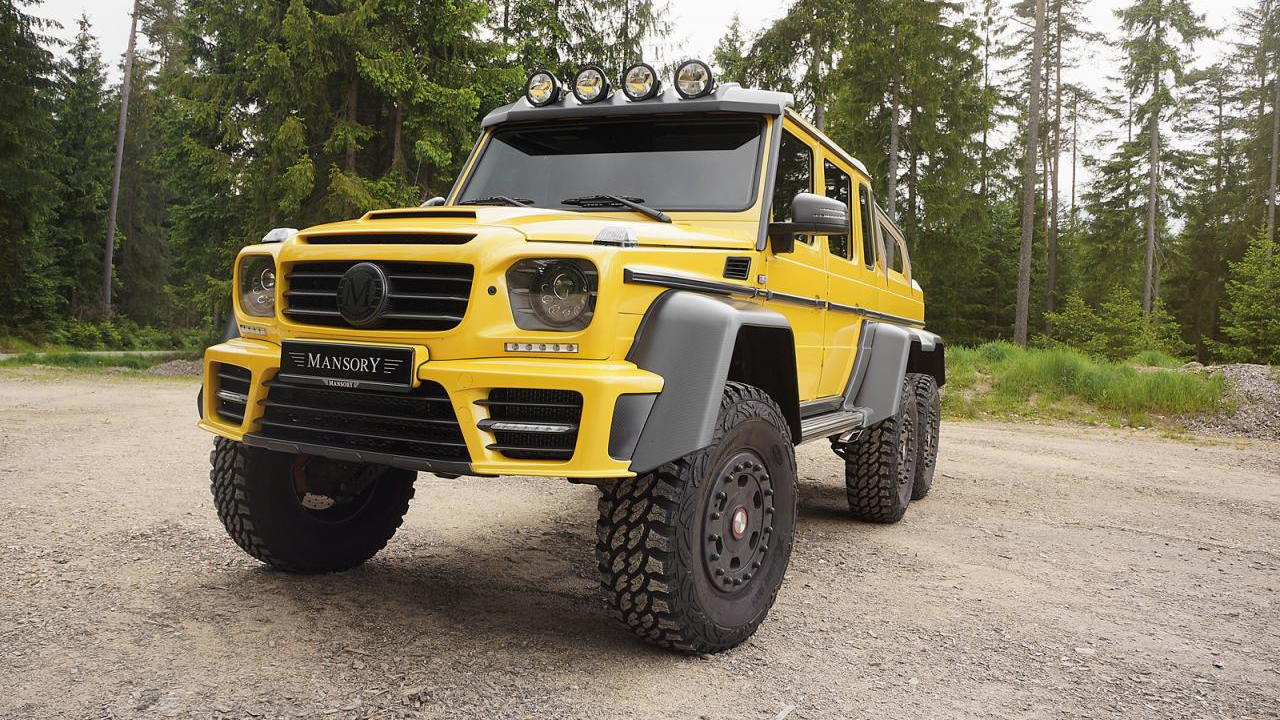 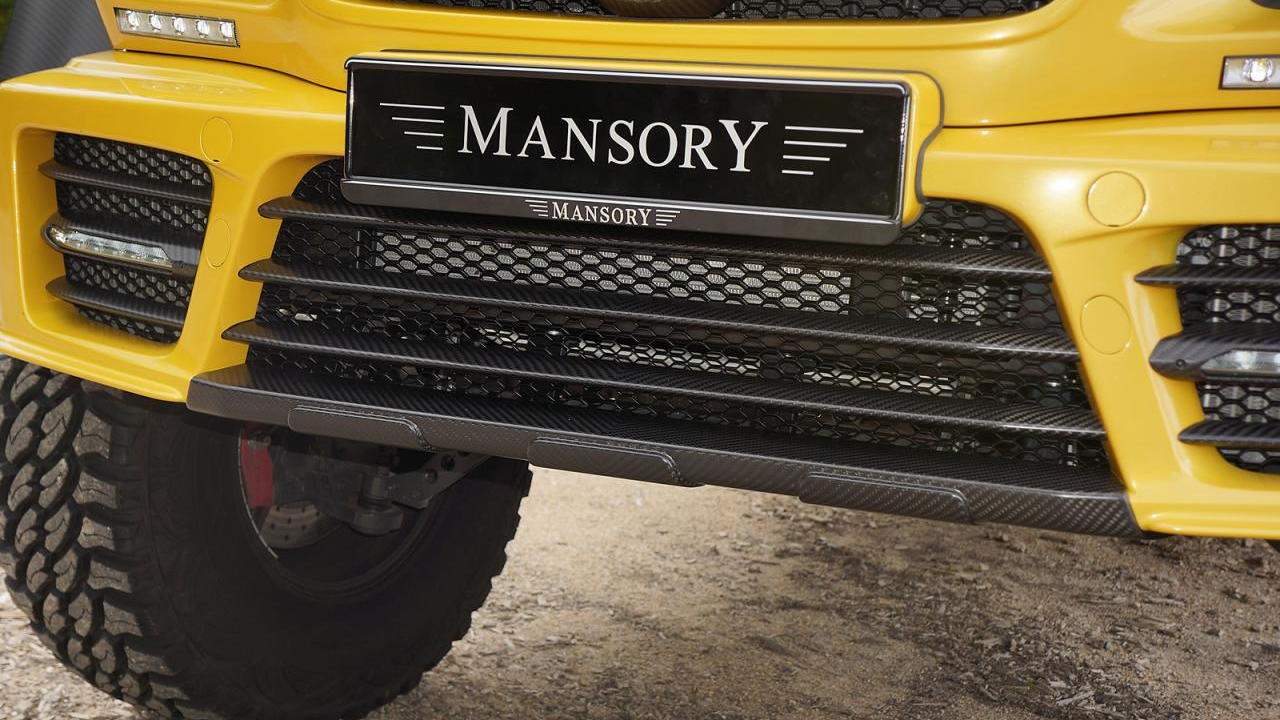 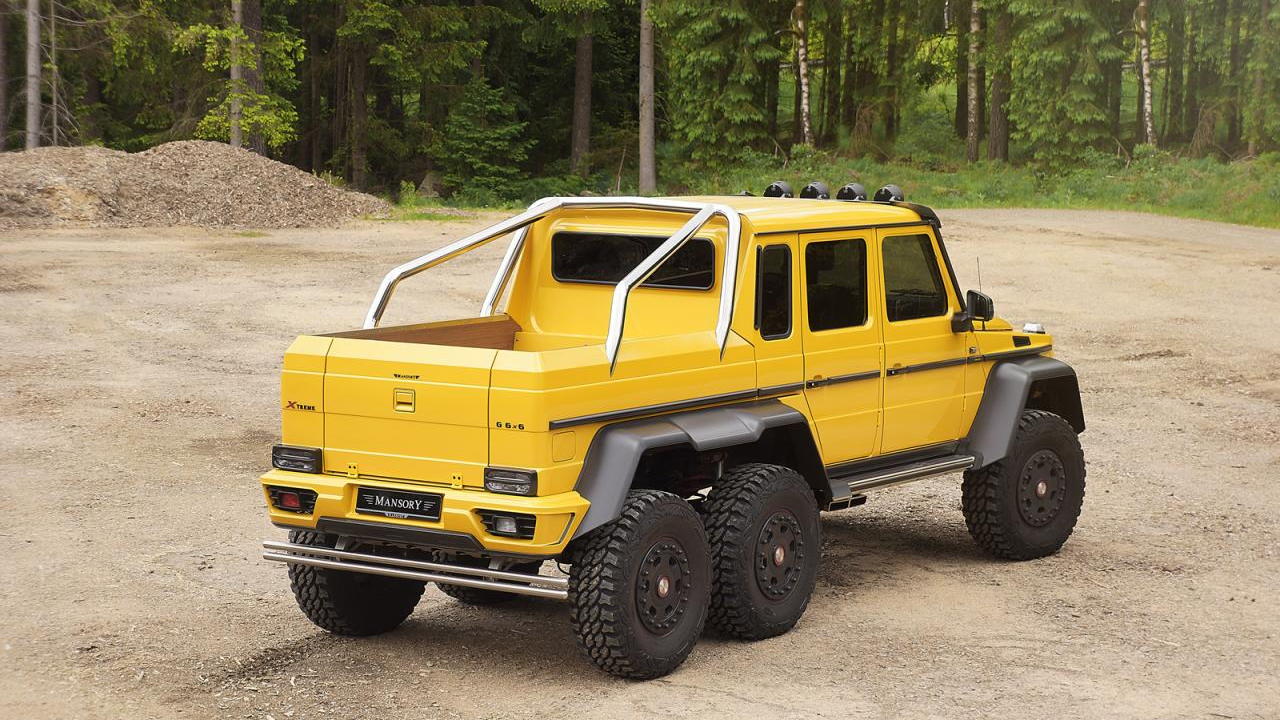 Back in February, Mercedes-Benz ended its limited run of its monstrous, $400,000 G63 AMG 6x6. Just 100 examples exist, and while we don't know the fate of all of them, we now know Mansory got its hands on one.

And the result looks like something a drunk Russian oligarch would commission for his mistress' toddler.

Which is about what we expected. Because while Mansory has worked on some of the world's most desirable vehicles—Ferrari 458, Lamborghini Aventador, Bugatti Veyron—and there been successes like this 1,000-hp Mercedes-Benz S-Class, the German tuner is best known for garish design.

But in regards to the G63 AMG 6x6 in question, we're going to say it's not as bad as it could be—high praise for a Mansory product. Sure, the weight-shaving carbon fiber bits seem silly on a vehicle that weighs so much. And the school-bus yellow isn't going to be to everyone's taste; but the bright spot here is a bump of nearly 292 horsepower and 177 pound-feet, which takes the big Benz to a healthy 828 hp and 737 lb-ft.

Undoubtedly, Mansory is working on the something that'll make this G63 seem as subtle as chamomile tea. Look for it here soon.