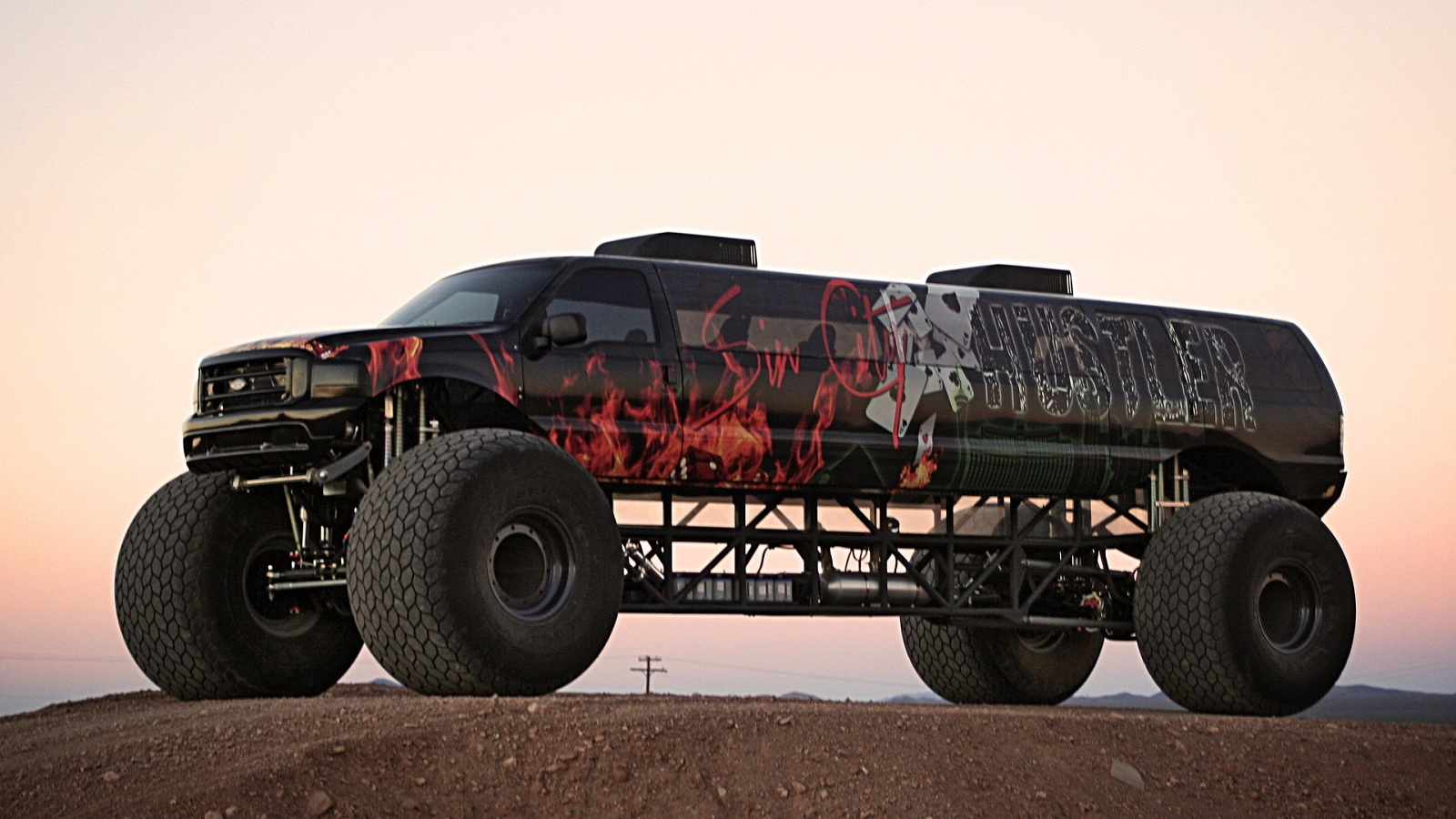 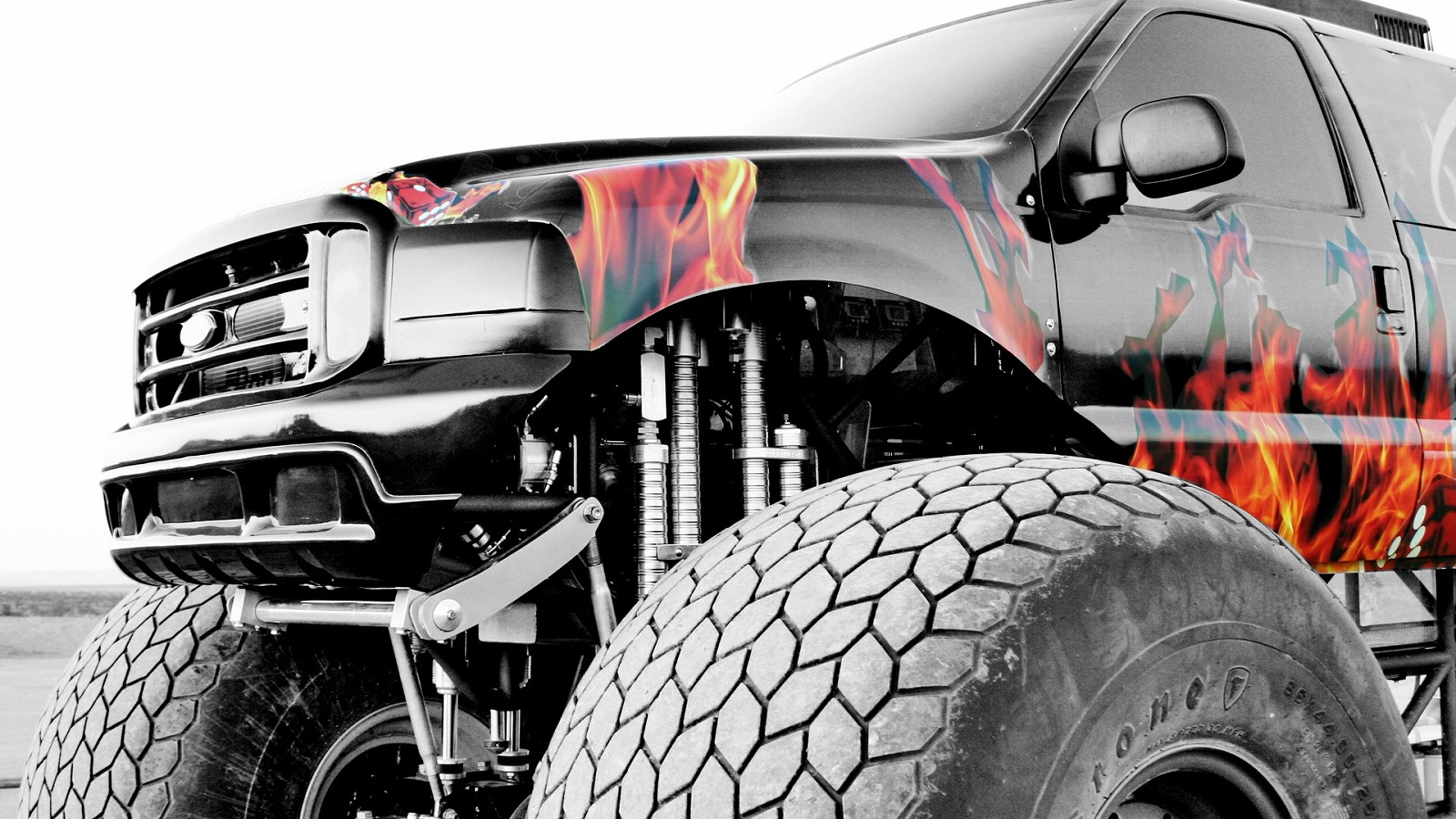 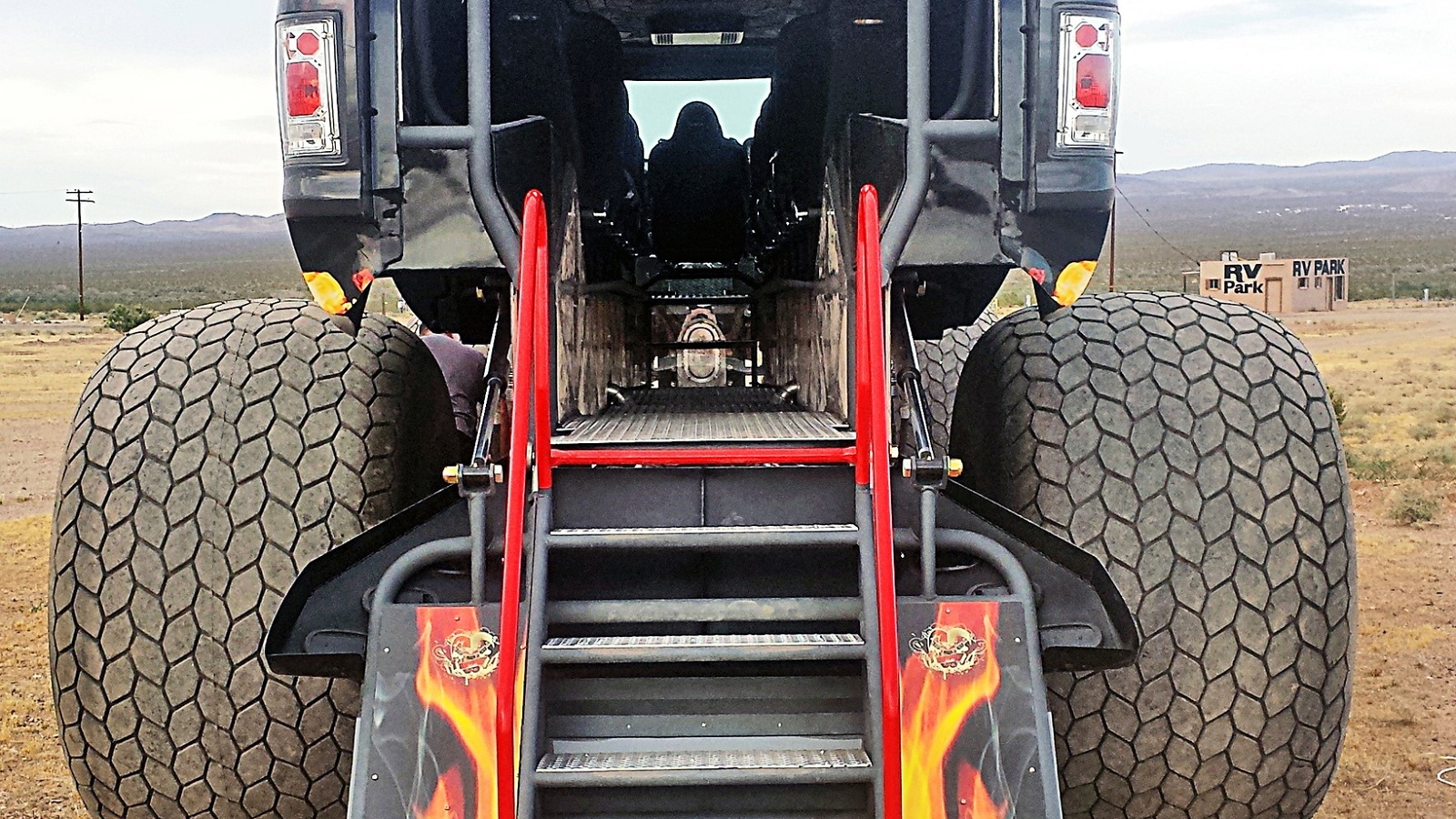 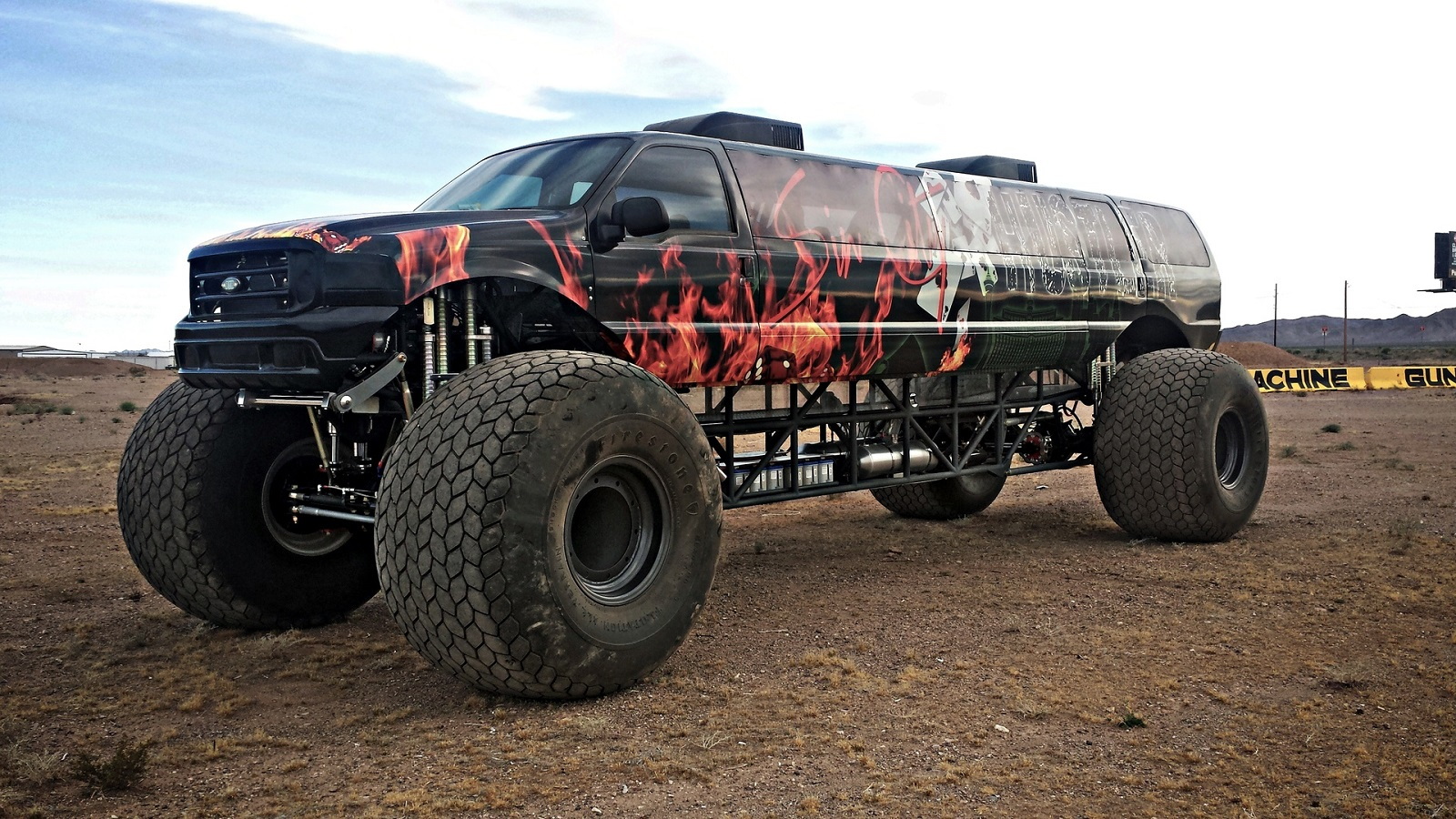 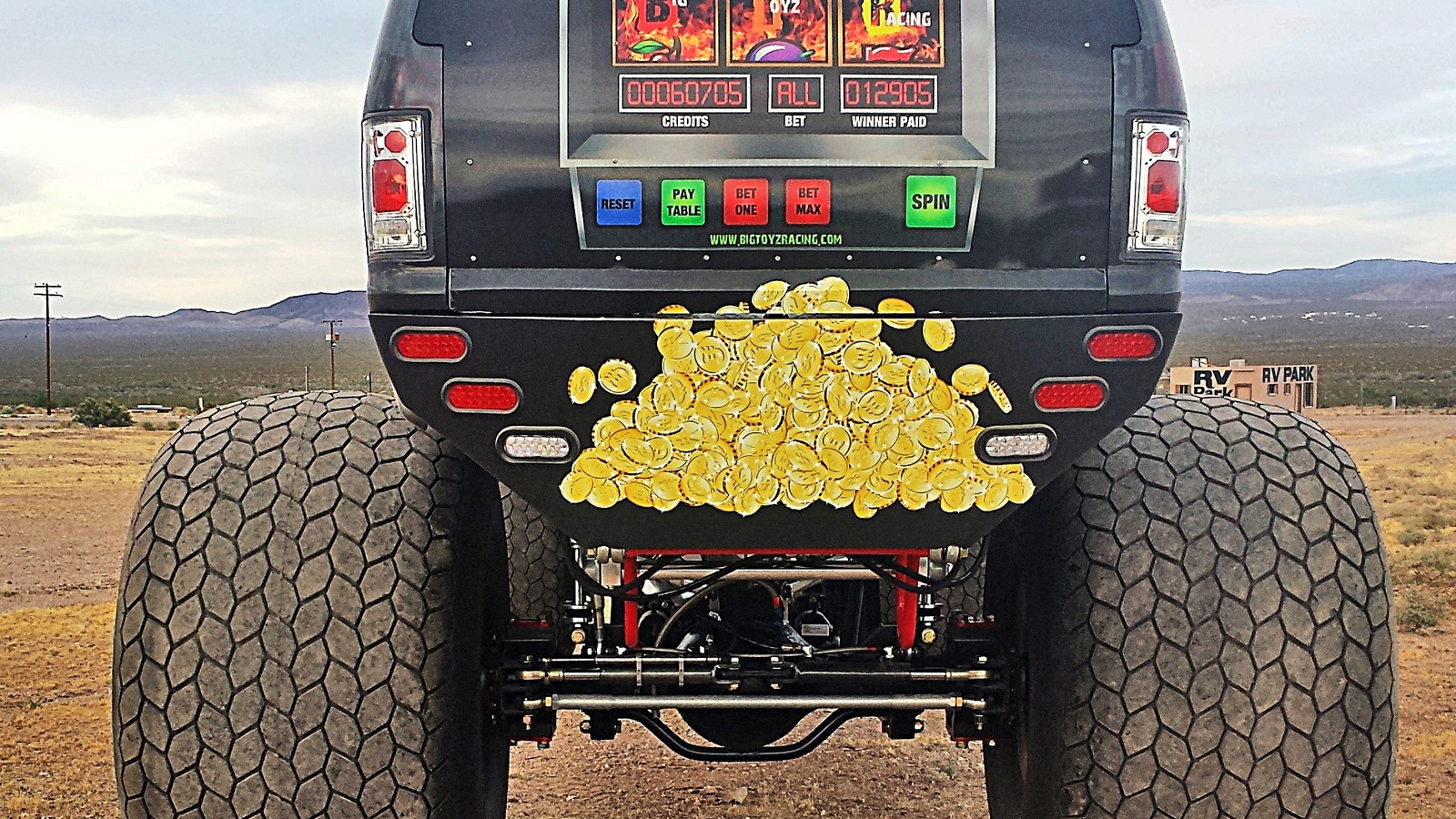 Here's the perfect gift for someone who wants to crush everything. Built by Big Toyz Racing, the 'Sin City Hustler' is 12 feet tall, 32 feet long, seats 13, and is available for a cool million bucks. Even better? It's street-legal in Florida.

We're actually kidding about that last part—not even the Sunshine State is that crazy.

While it's billed as an Excursion, eagle-eyed readers will likely spy that there's little factory Ford kit left in the one-off, ground-up build. Power comes from a 8.5-liter, 700-horsepower V-8, and along with more pedestrian amenities like bucket seats and power windows, the monumental people-mover features four-wheel steering.

Given this beast is approximately as long as an aircraft carrier, that trick steering might be necessary to maneuver it anywhere but the middle of the desert.

The build looks top-notch, but a million dollars is hardly chump change, so the company's profile of the Sin City Hustler is selling it as less of a toy than advertising tool or extreme off-road tour bus. But whether anyone will bite is anyone's guess. Check out the video to see it tear up some dunes.