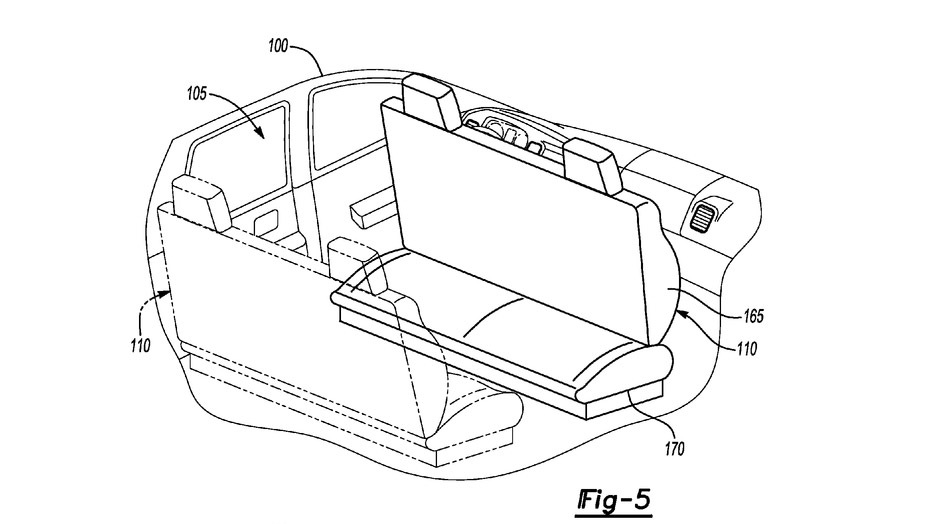 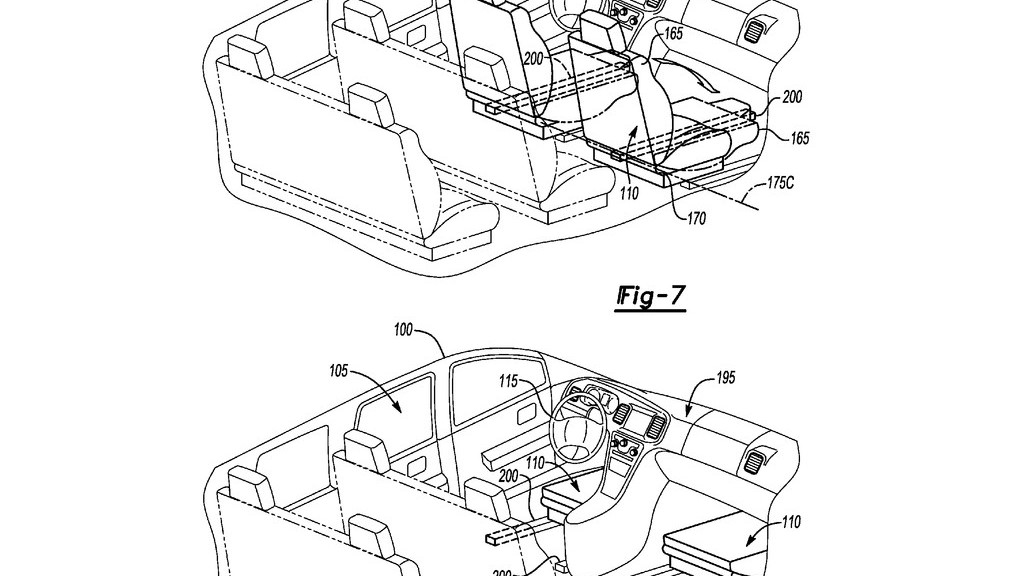 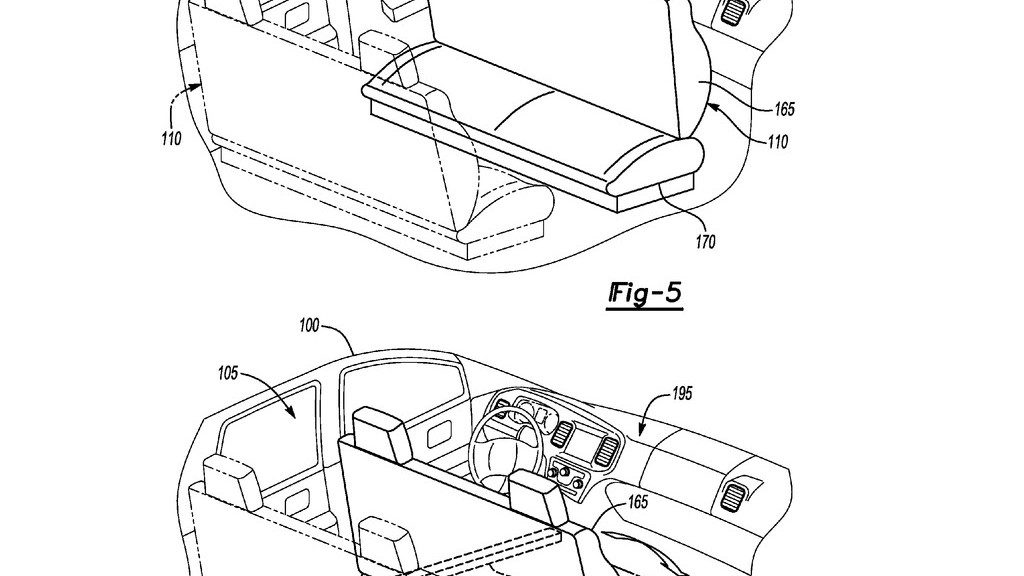 The Ford Motor Company [NYSE:F] unveiled its Smart Mobility Plan earlier this year and it's proceeding full steam ahead towards autonomous vehicle research.  Looking at some patents that were published yesterday we can get an idea of some of the interior design and safety aspects the automaker is working on.

The patents describe an interior seating arrangement in a vehicle and how the seats will be designed to allow movement once in autonomous mode. The first to be published, patent application number 20150137564, describes a vehicle like a truck with two rows of bench seats. The front bench seat is to be designed with a pivoting point and motor to allow the seat back to move towards the front of the seat and set it in a rear-facing configuration. This will allow the two rows of seats to face each other while in autonomous mode, much like the seating arrangement in the futuristic Mercedes-Benz F015 autonomous concept vehicle.

Another configuration is described under patent application number 20150142246. This patent shows a vehicle similar to a three-row SUV and describes a process where the two front seats stow under the dashboard and how the airbags will interact. In this mode the second row of seats become the primary seating and the front seats are folded and stowed to be used as footrests.  The patent also describes how the the airbag system will adjust to work properly while in autonomous mode.

The remaining patents describe similar procedures for a sedan style interior with seating for five people.