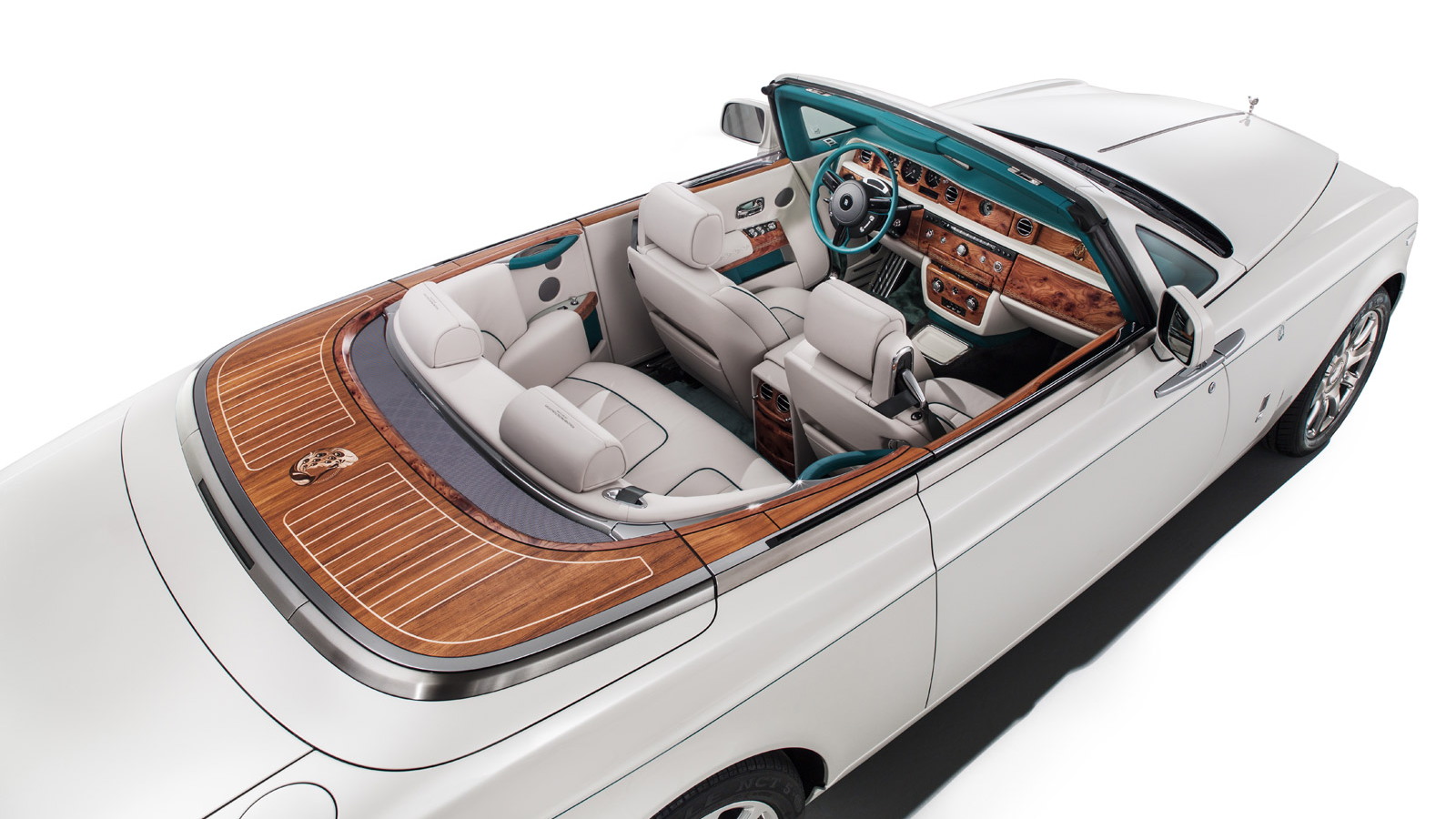 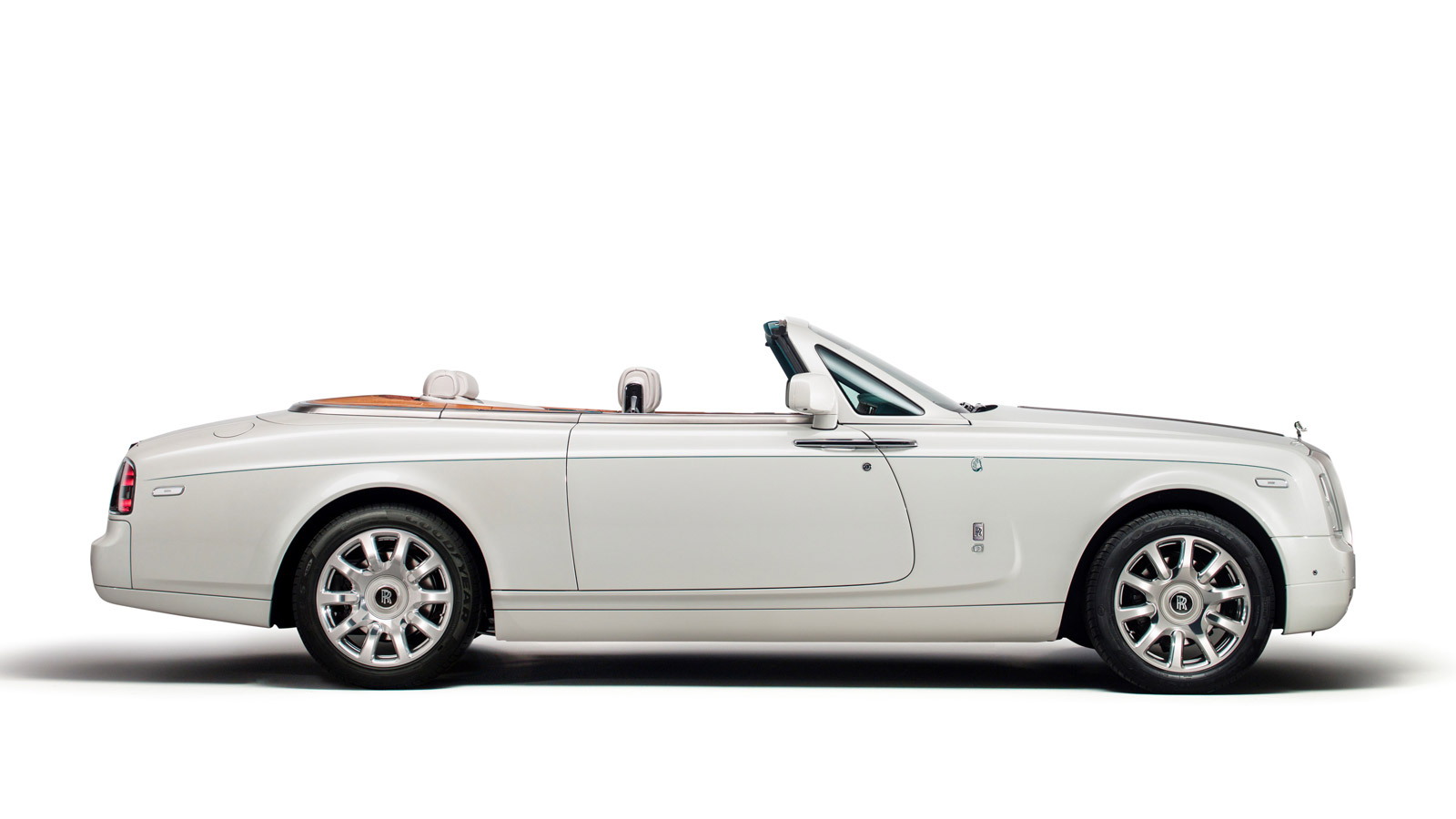 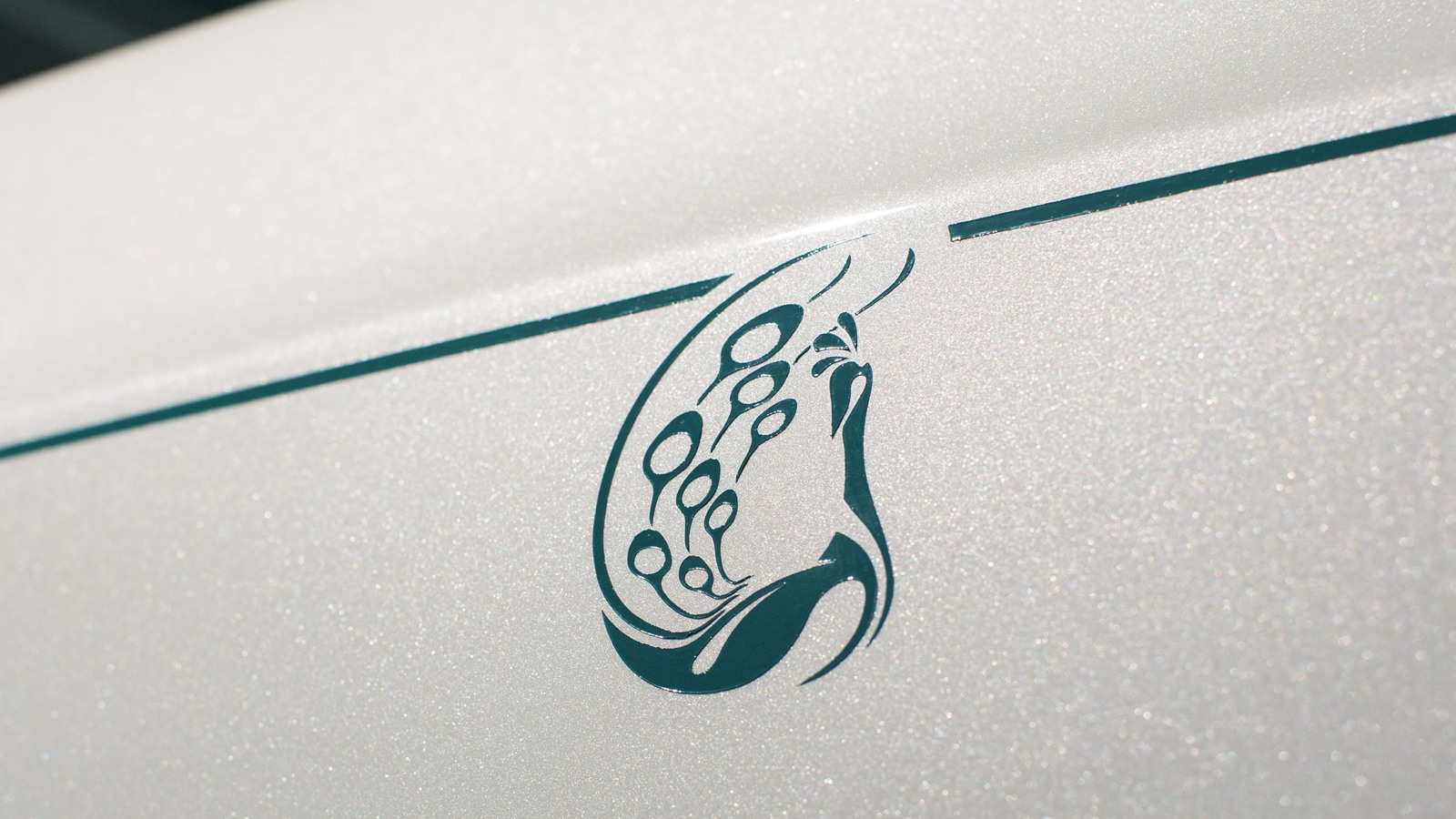 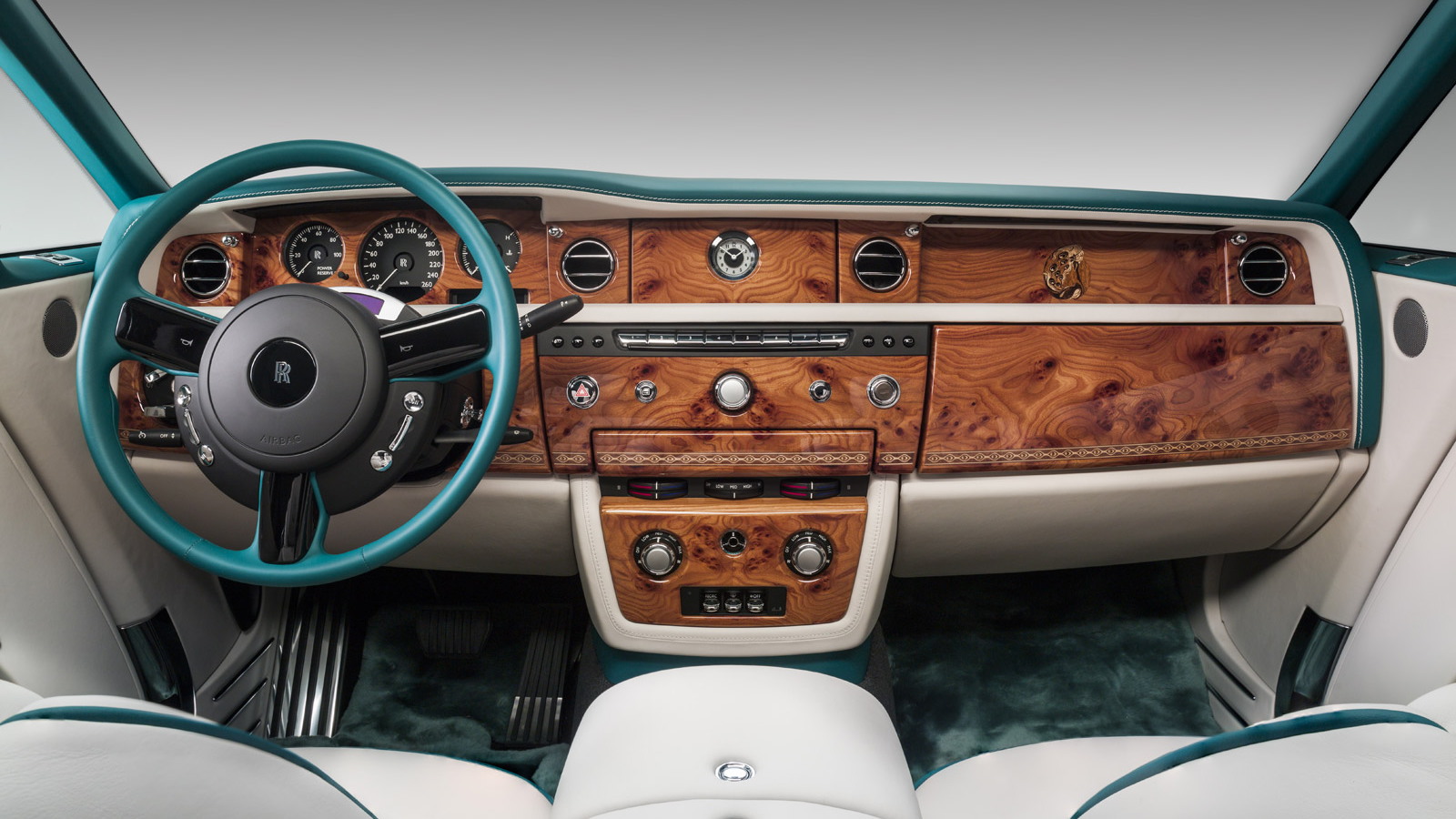 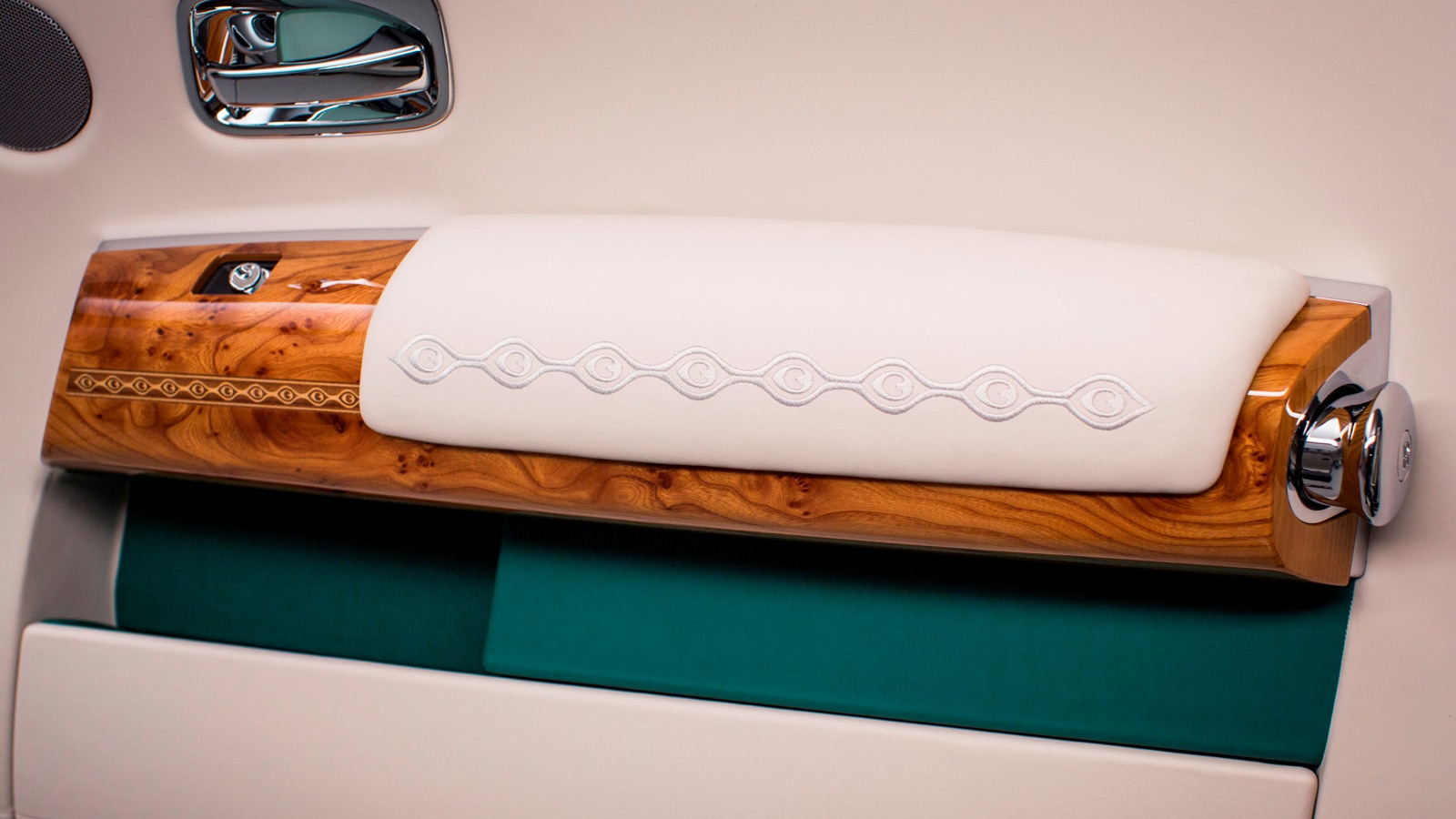 Rolls-Royce has revealed a bespoke Phantom Drophead Coupe that was inspired by India’s Golden Age of the Raja. About a century ago, many royals in India purchased unique Rolls-Royce models and this latest bespoke car, dubbed the Maharaja Phantom Drophead Coupe, features elements borrowed from one of those originals. This first one has ended up in Dubai, but more are planned for other markets.

The vehicle was developed by the Rolls-Royce Bespoke personalization department and is said to have been two years in the making. It’s finished in Carrara White and features the motif of a Peacock, the national bird of India, completing an Emerald green pinstripe. A Deep Green hood retracts to reveal a beautiful deck with another Peacock motif integrated into the marquetry.

Inside, the green theme is continued but is contrasted by Crème Light leather. More elaborate Peacock motifs can be found embroidered into the headrests in Emerald green and Cobalto blue, as well as a Peacock feather pattern in Seashell stitching on the side and central armrests.

Power in the Phantom Drophead Coupe, including this special edition, comes from Rolls-Royce’s familiar 6.75-liter V-12, which makes 453 horsepower and 531 pound-feet of torque. It’s paired with an eight-speed automatic transmission.