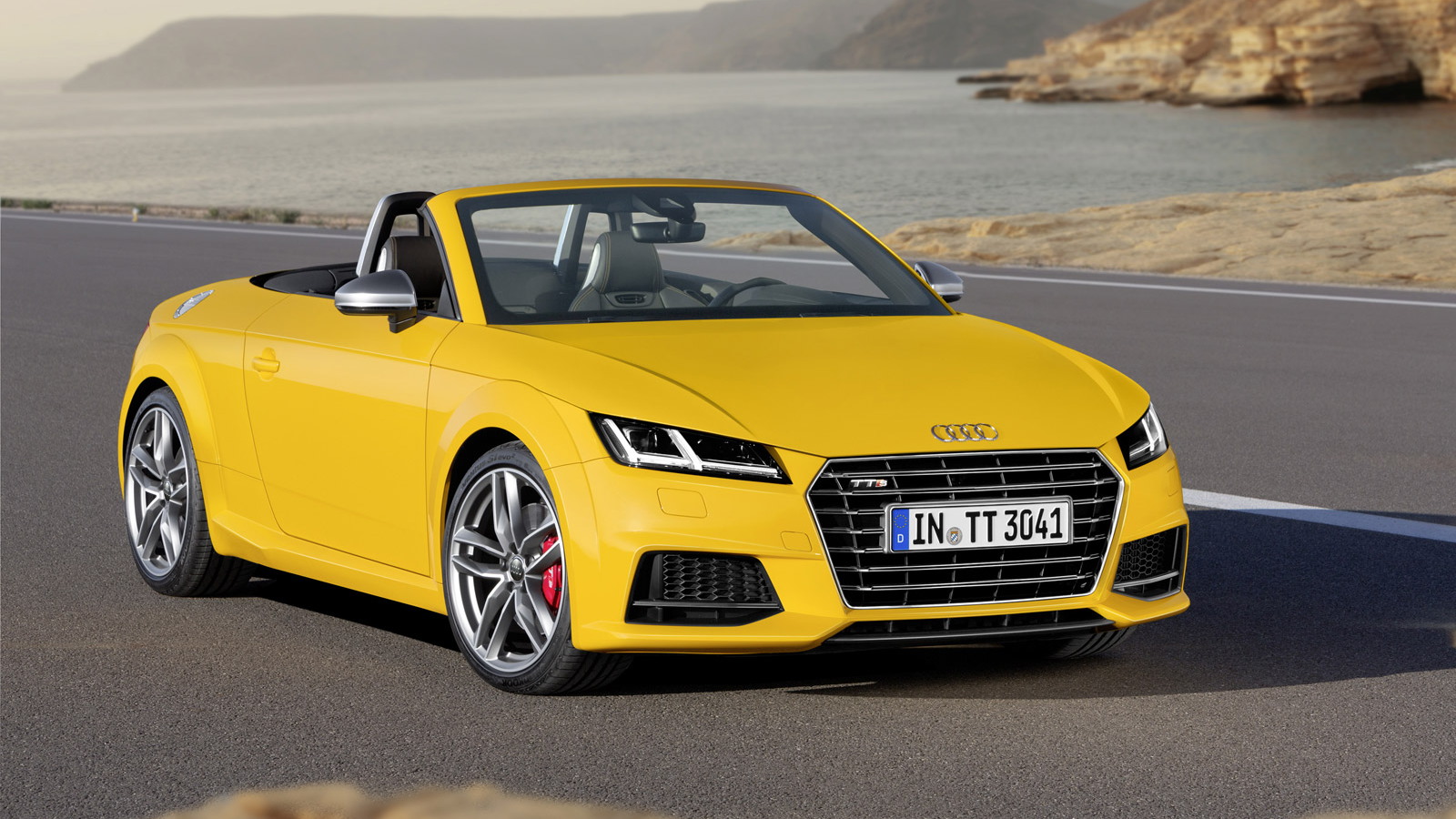 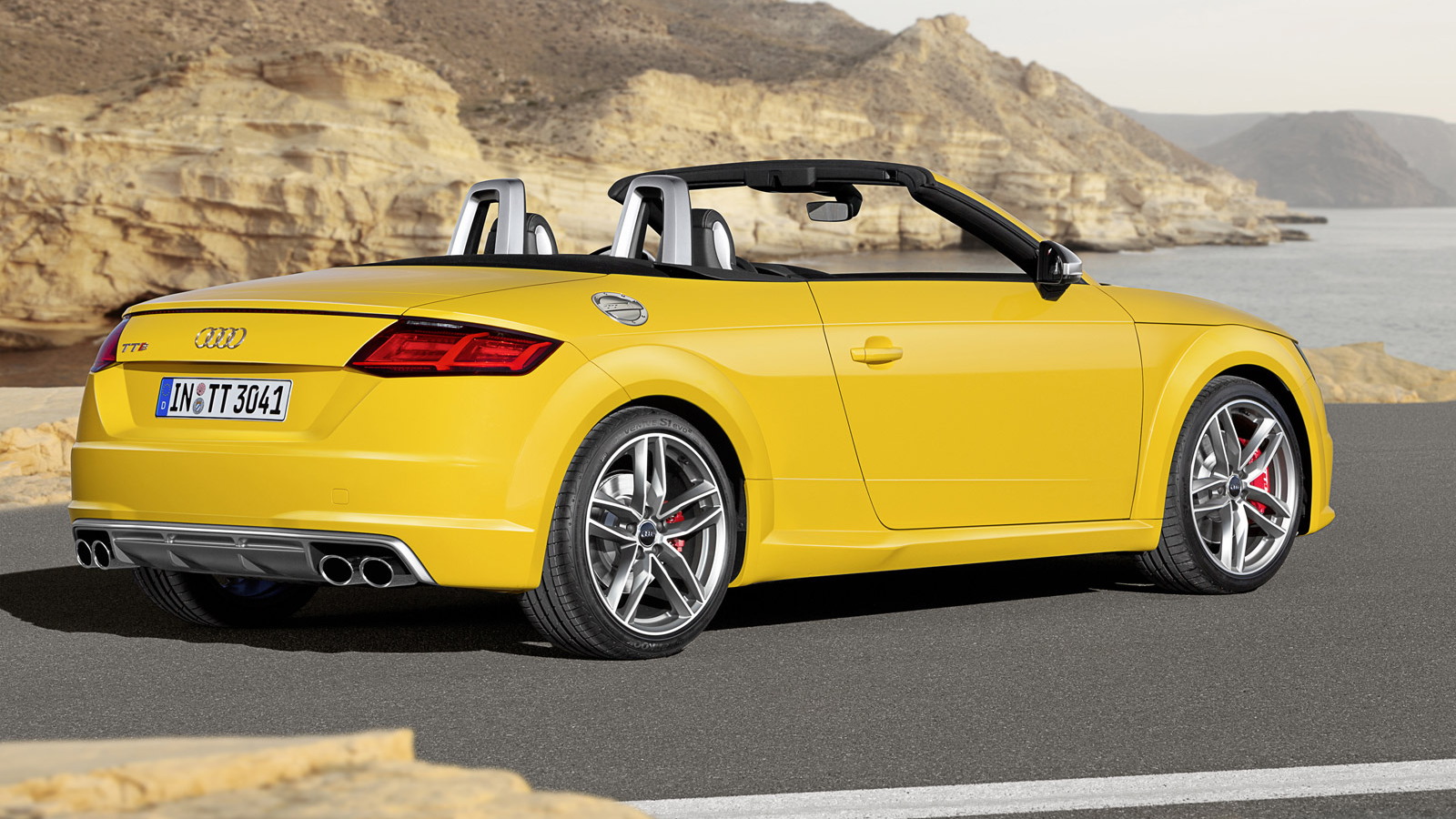 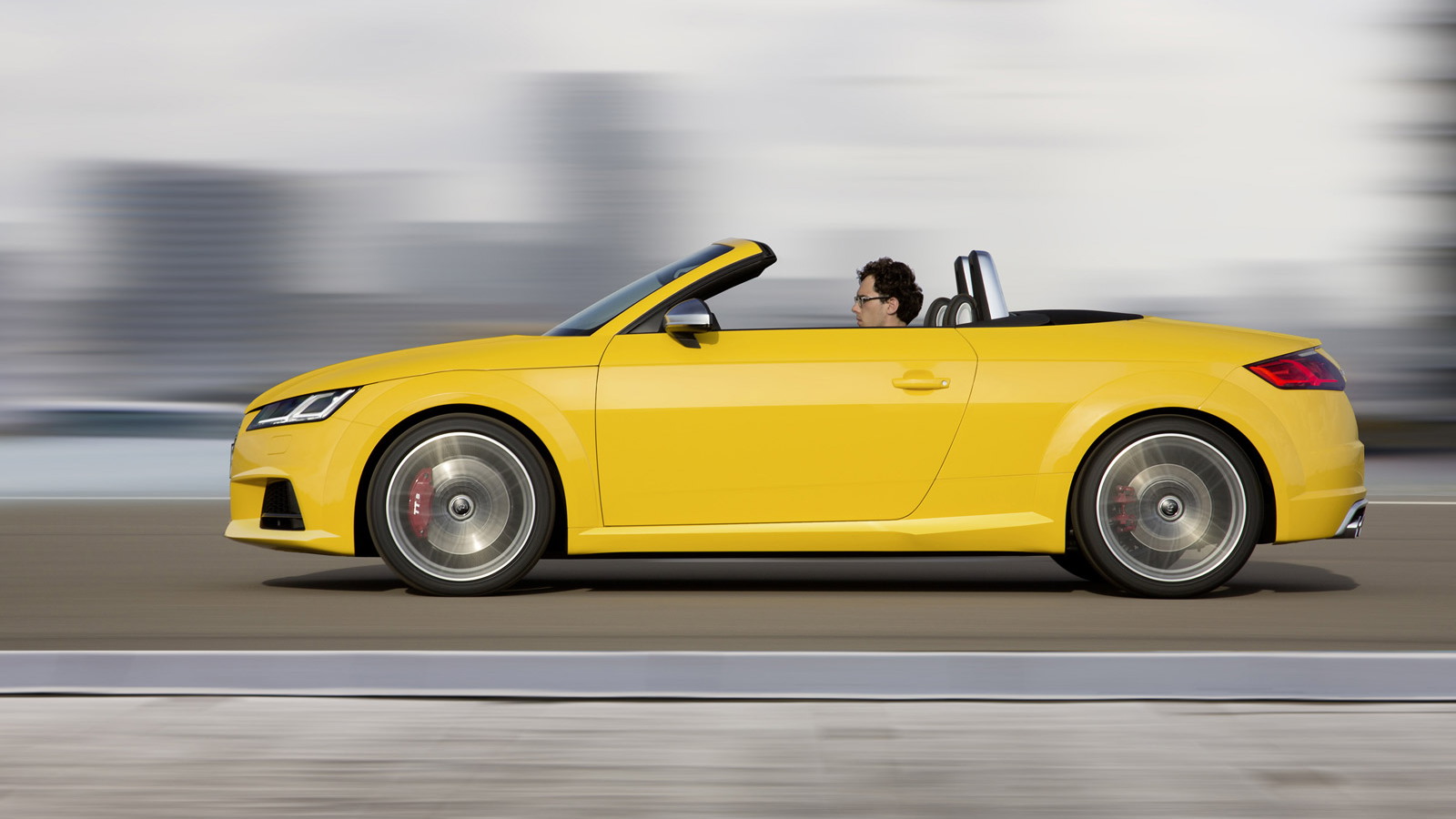 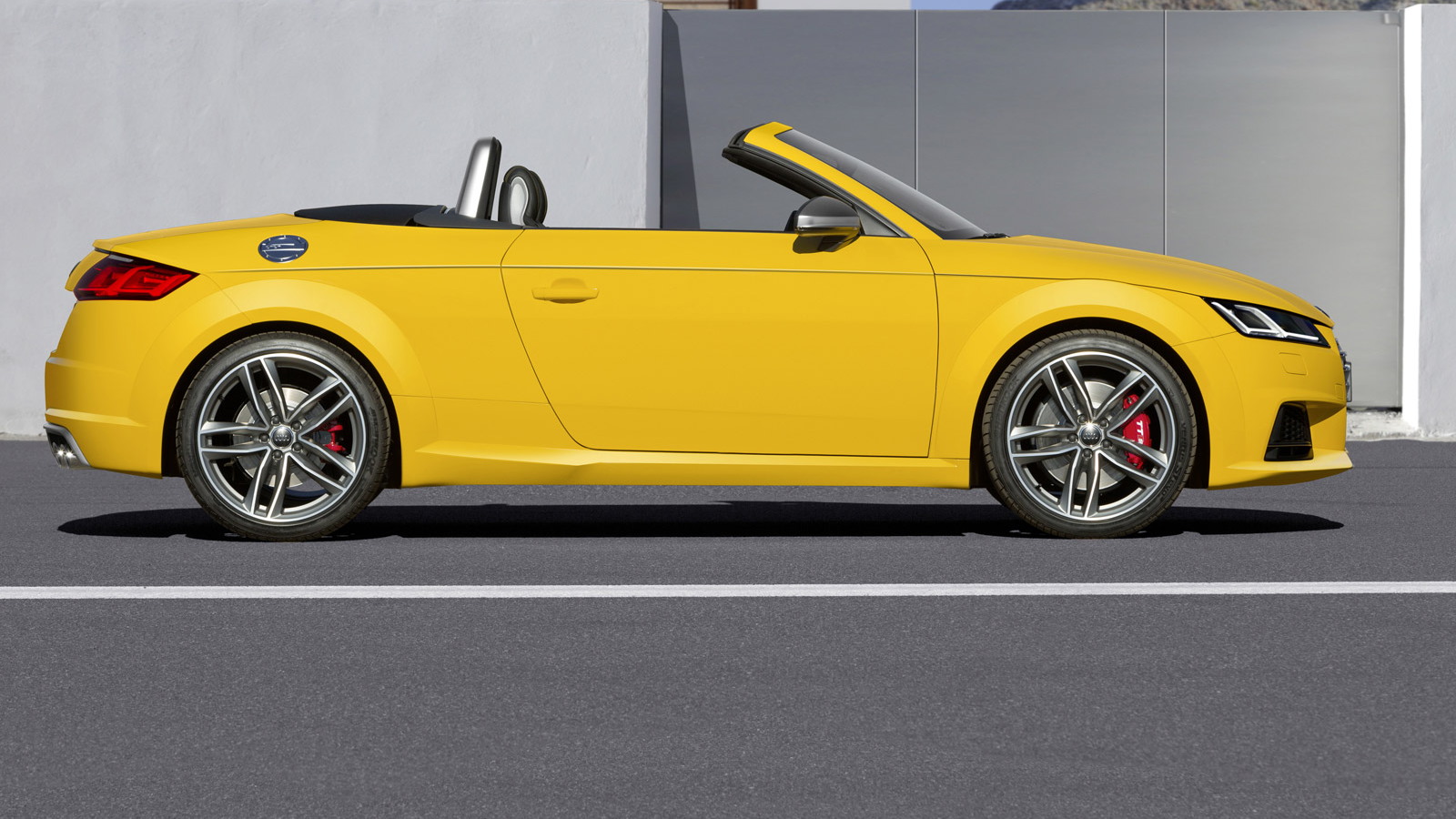 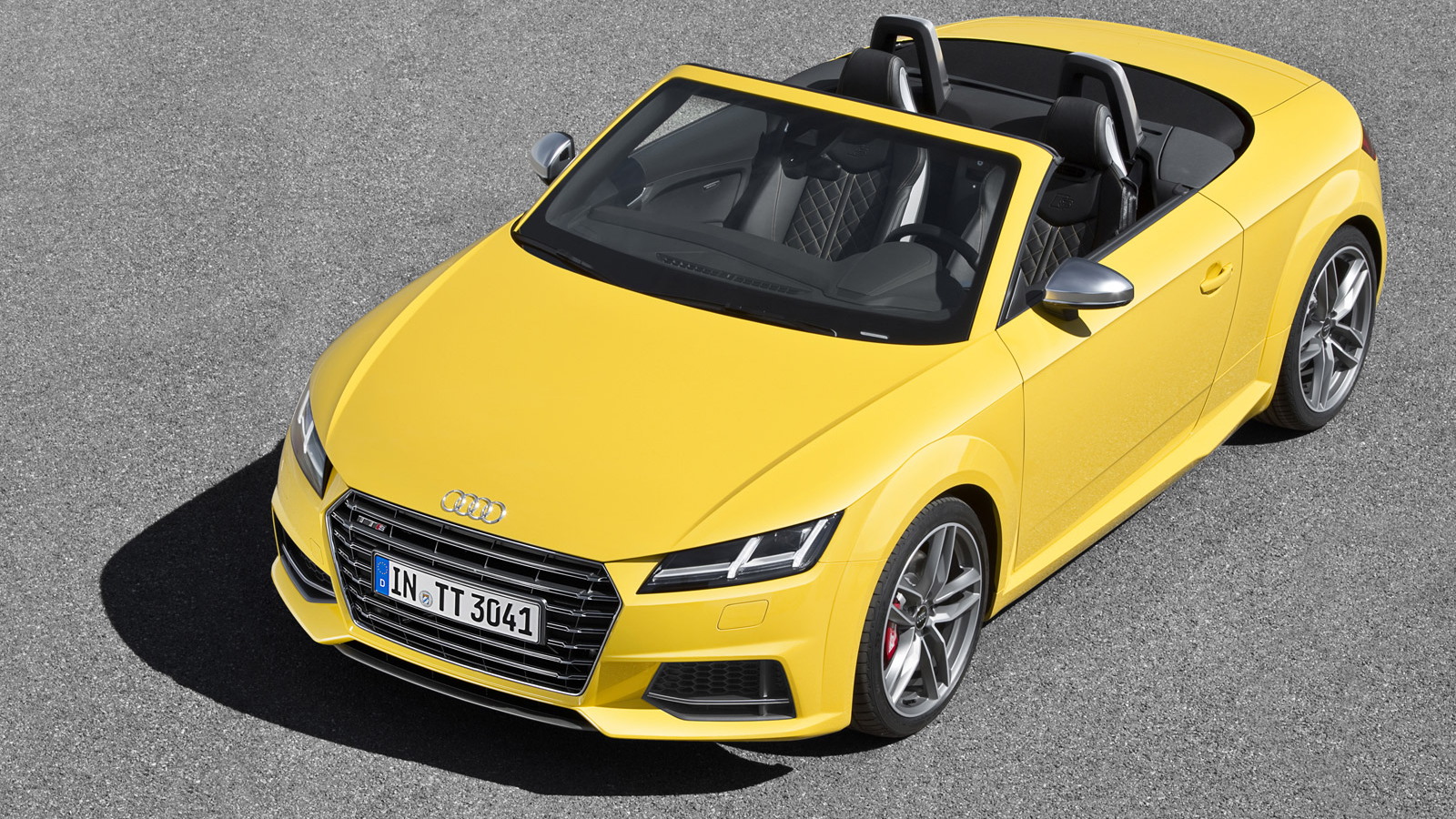 32
photos
Audi’s third-generation TT has been with us for almost six months, during which time we’ve had a chance to take a quick spin as well as witness the arrival of the convertible variant. Now, finally, the new TT and TT Roadster are ready for their U.S. debut, which will be taking place next week at the 2014 Los Angeles Auto Show.For the U.S. market, the new TT range goes on sale next fall, as a 2016 model. It will initially be available in TT and TTS trim, with quattro all-wheel drive as standard. Further down the track we’re expecting a new generation of the awesome TT RS to be launched as well as an entry-level front-wheel-drive model.


The 2016 TT will feature a turbocharged 2.0-liter four-cylinder engine rated at 220 horsepower and 258 pound-feet of torque. It will be available with either the coupe or convertible bodystyles. The sportier TTS will only be available as a coupe. It will feature the same engine as the TT but with output dialed up to 292 hp and 280 lb-ft.All models will be available with a six-speed S tronic dual-clutch transmission. As mentioned above, all models will also come with quattro all-wheel drive as well as the Audi drive select system that allows the driver to adjust things such as shift points, throttle response, steering and suspension. Note, the TTS will feature magnetic ride suspension as standard.

Inside there’s plenty of new tech features including an entirely digital instrument cluster that Audi likes to call the virtual cockpit. This is a 12.3-inch display located behind the steering wheel that provides the driver not only with vital driving information but also comfort and entertainment info. Instructions can be entered using voice control, buttons on the steering wheel or the MMI touchpad and rotary dial located in the center console.

Pricing and equipment for the 2016 Audi TT range will be announced closer to next year’s sales launch. Also debuting in L.A. next week will be the updated 2016 A6 and A7; you can read about these and more by heading to our L.A. Auto Show dedicated hub.