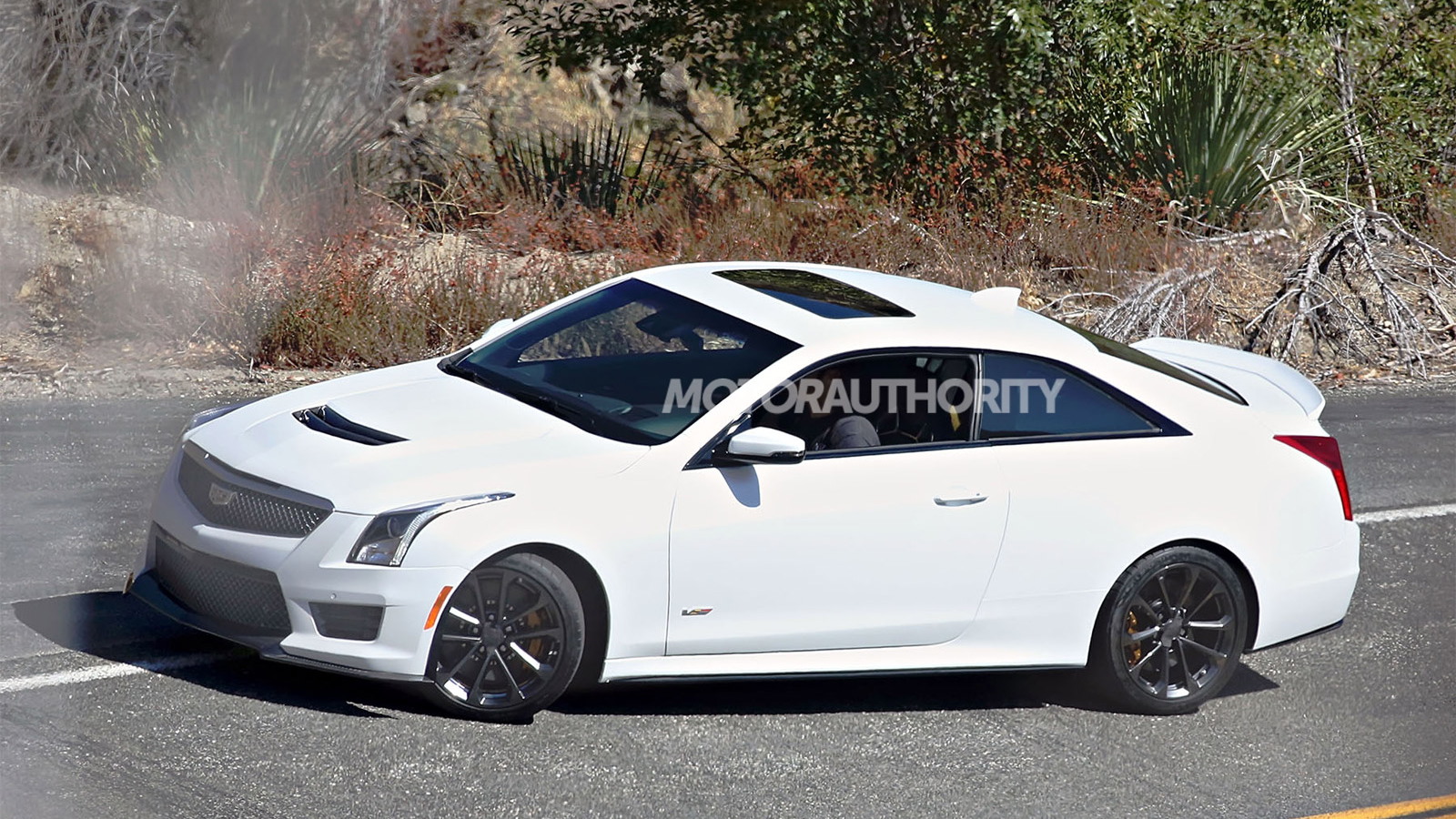 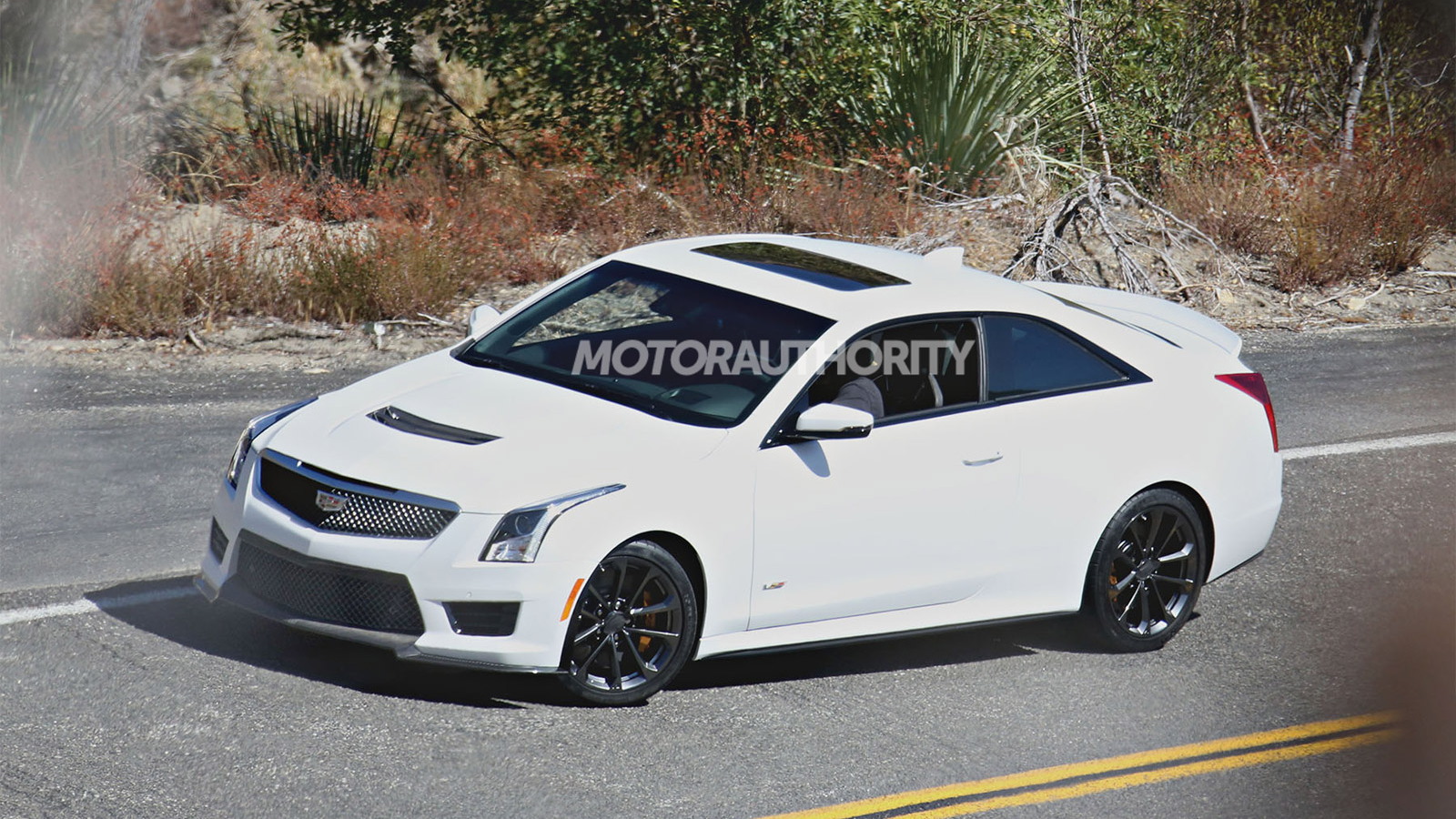 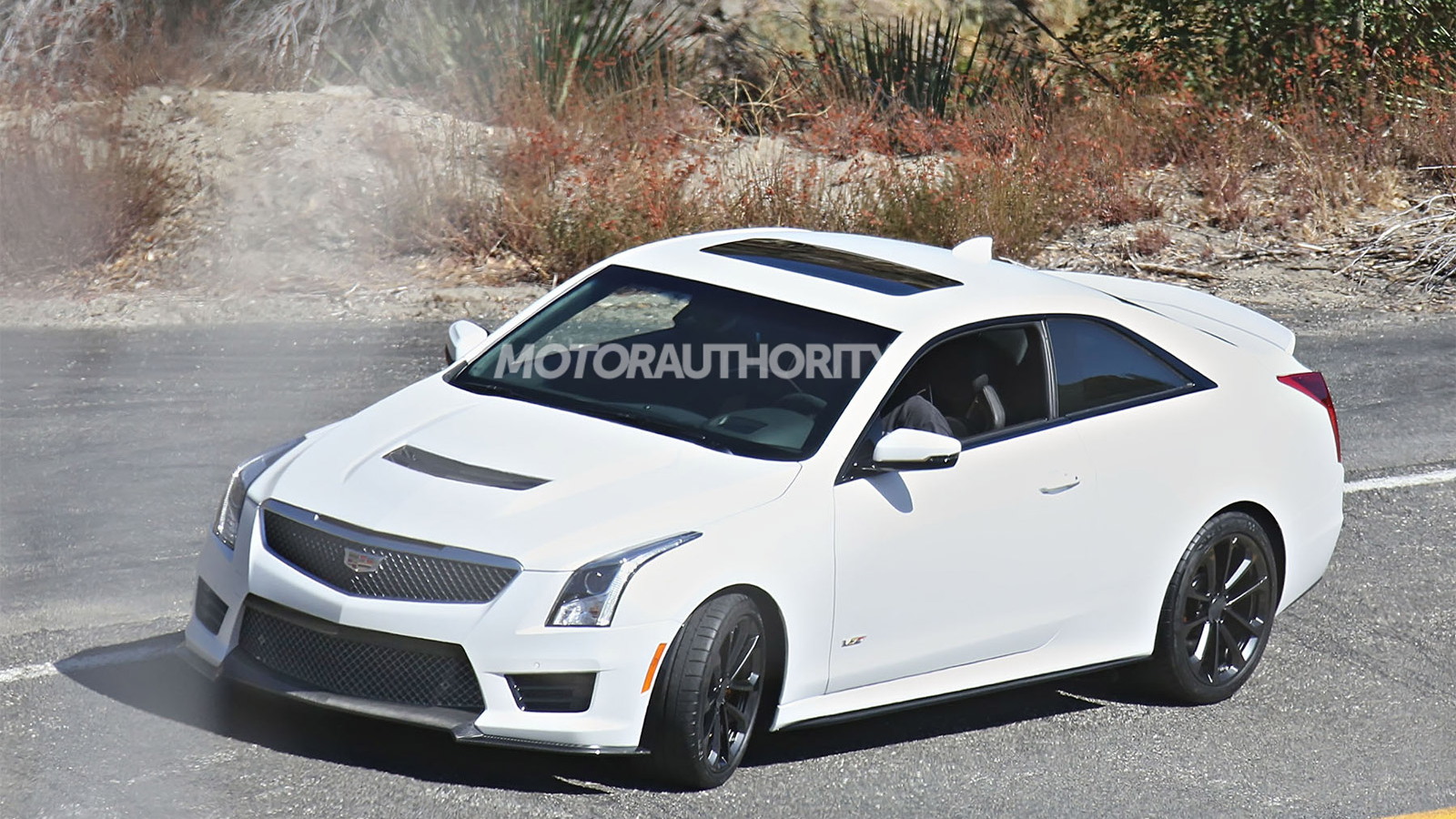 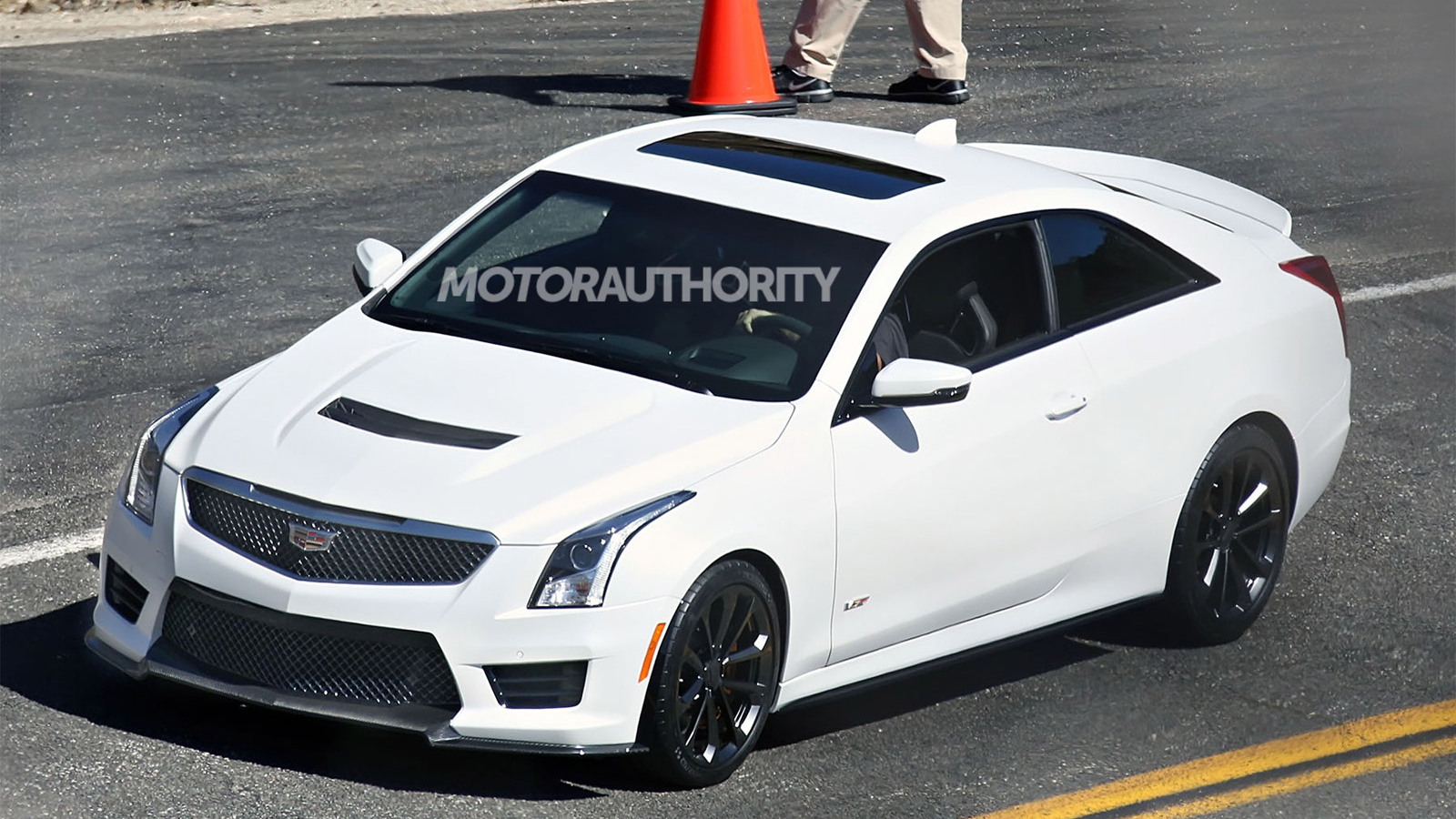 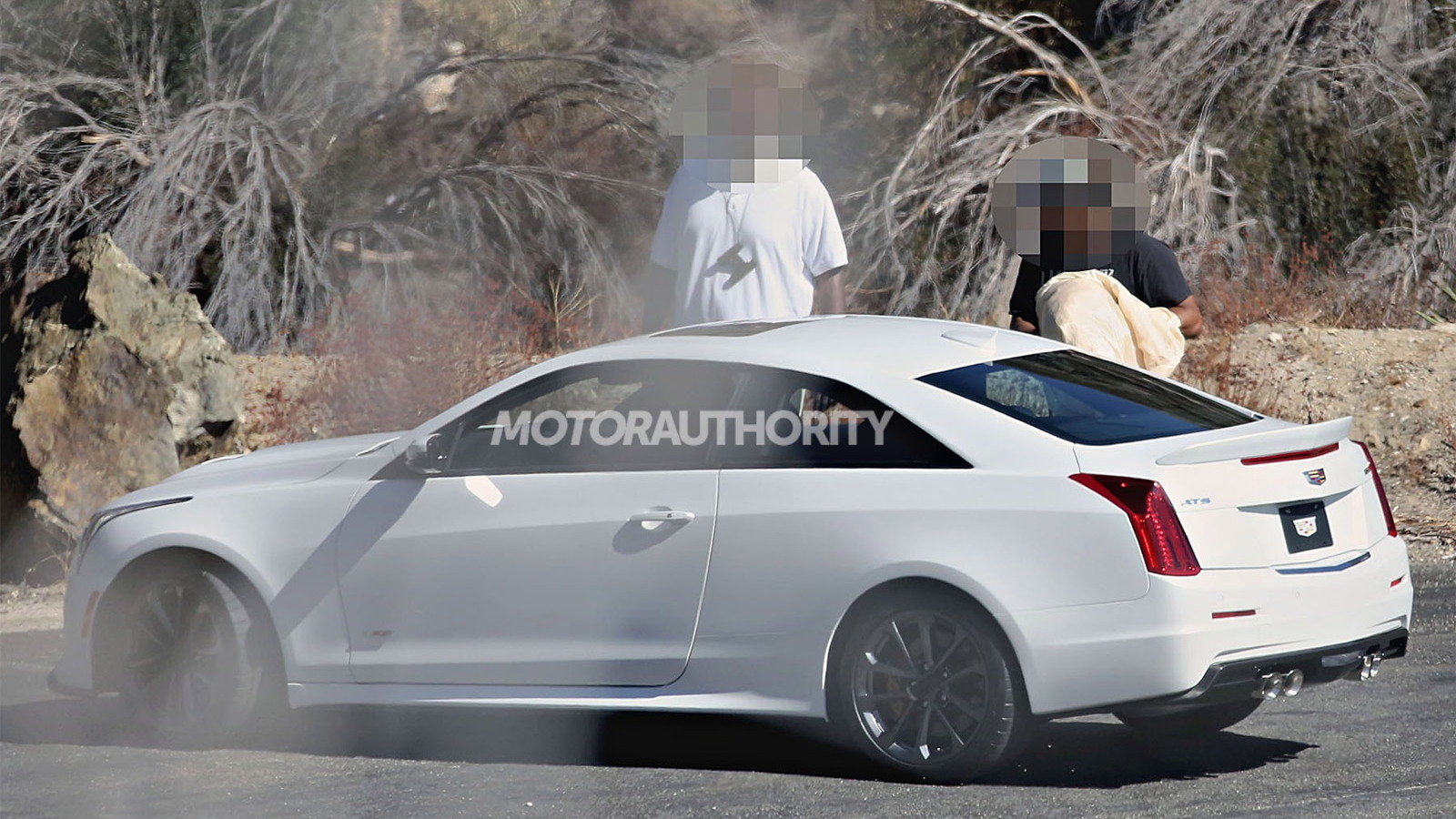 10
photos
The 2016 Cadillac ATS-V Coupe is coming to the 2014 Los Angeles Auto Show this week, where it will be shown together with the 2016 ATS-V sedan. We've already spotted it undisguised during an official photo shoot. And now, we know what it sounds like under heavy acceleration. Hint: pretty darned awesome.

Last week, Cadillac dropped a teaser video showing the driver side rear wheel of the new 2016 Cadillac ATS-V Coupe while it runs through the gears doing a massive burnout, which you can see below.

The ATS-V Coupe will feature uprated wheels, tires, and brakes. From this video we can see flat black wheels will be available and the rear brake rotors aren't drilled or slotted.

These videos also confirm that the new ATS-V models will indeed be powered by the twin-turbocharged 3.6-liter V-6 found in the current CTS Vsport and XTS Vsport models. It'll likely be rated close to 425 horsepower in base form, to match--or exceed--the BMW M3 and M4.

Not only does the engine and exhaust note sound terrific, it actually sounds better than the M3 and M4, which we noted, in our first drive, as a disappointing trait of the twin-turbo in-line six cylinder powerplant.

We expect the new ATS-V sedan to be priced around $60k, and the ATS-V Coupe will likely start several grand above that figure.

Be sure to check back for more updates as Cadillac will likely continue to tease the ATS-V Coupe right up until its official debut this week, and follow our Los Angeles Auto Show hub for all the latest updates from the show.