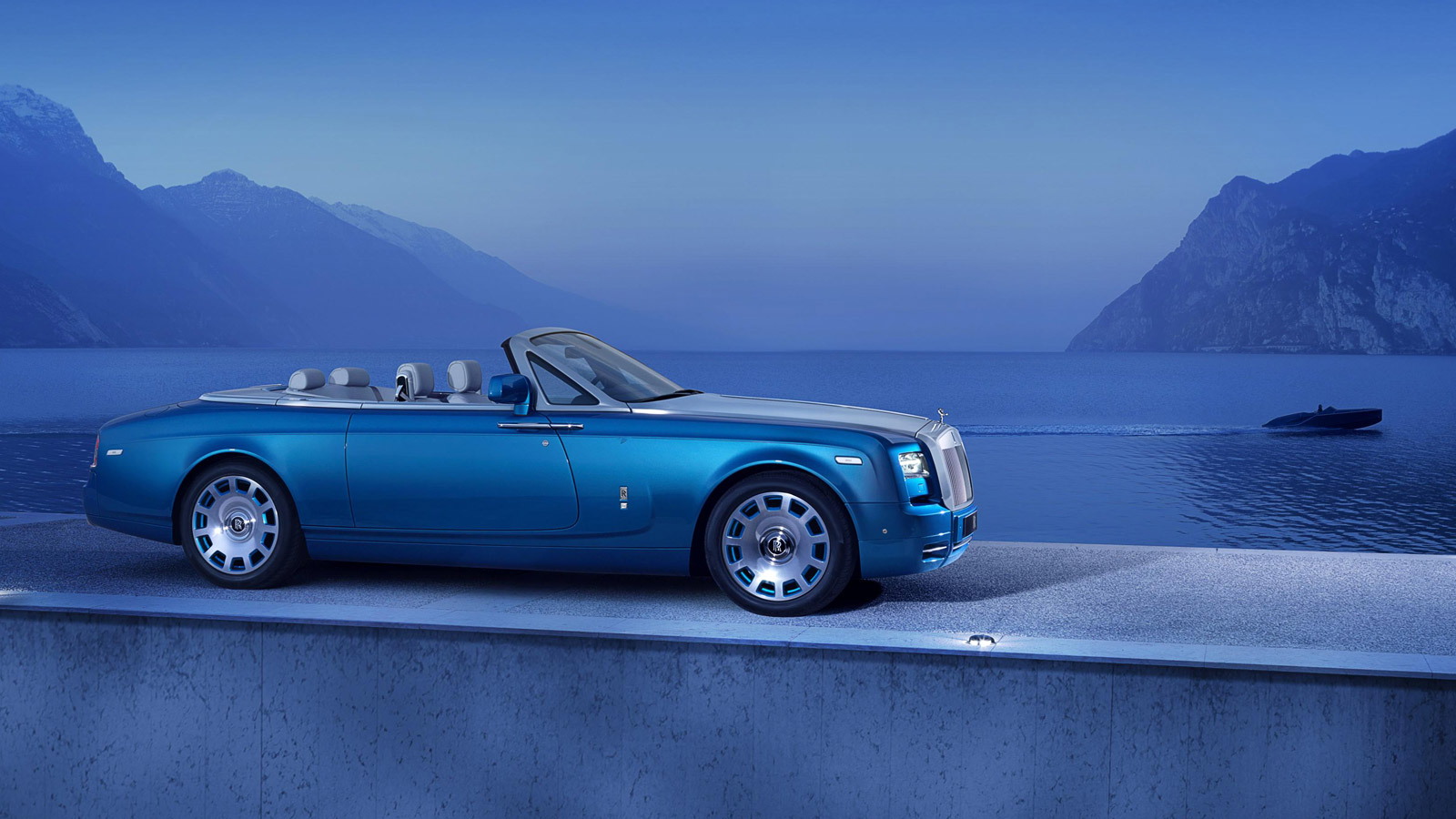 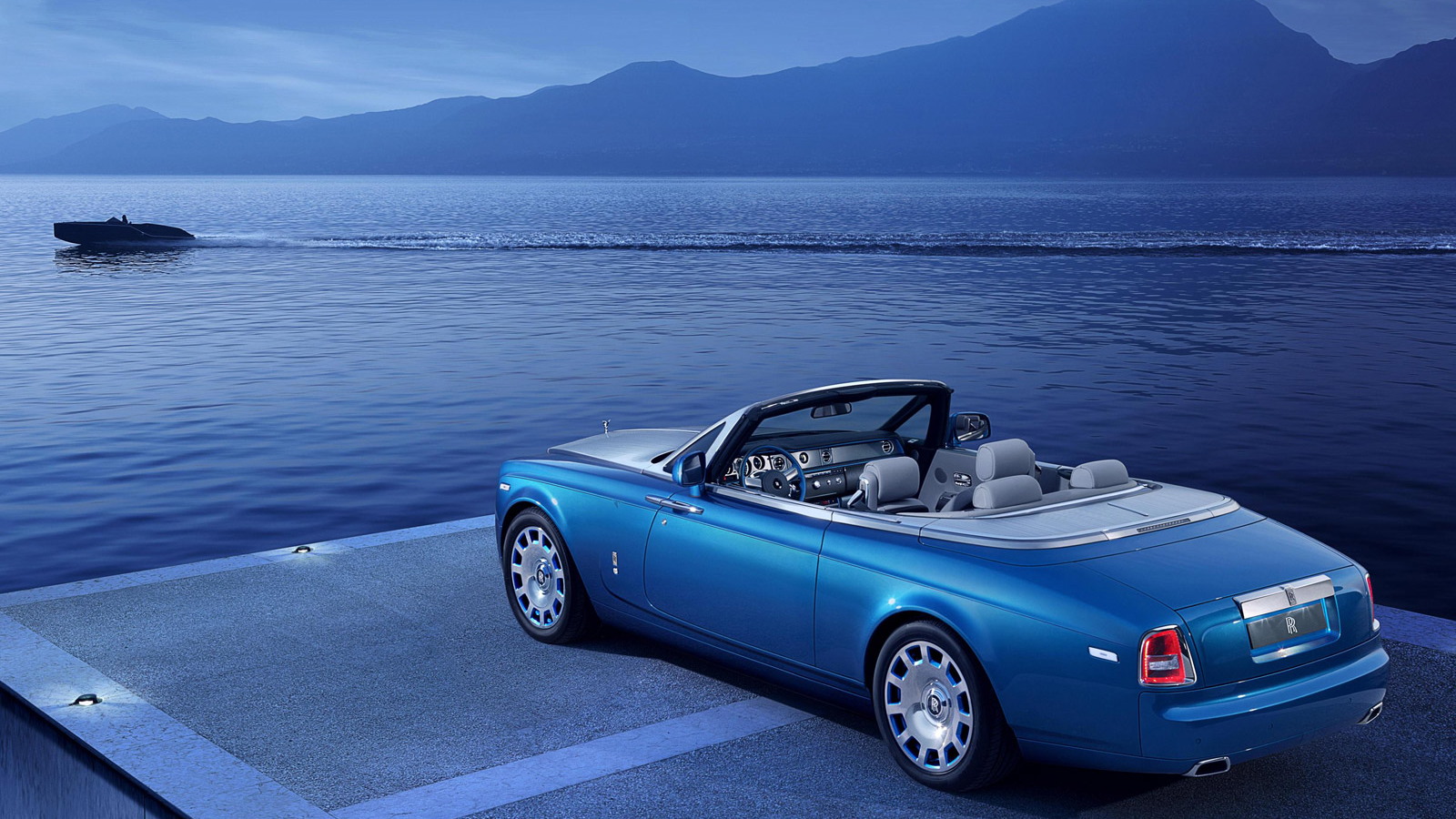 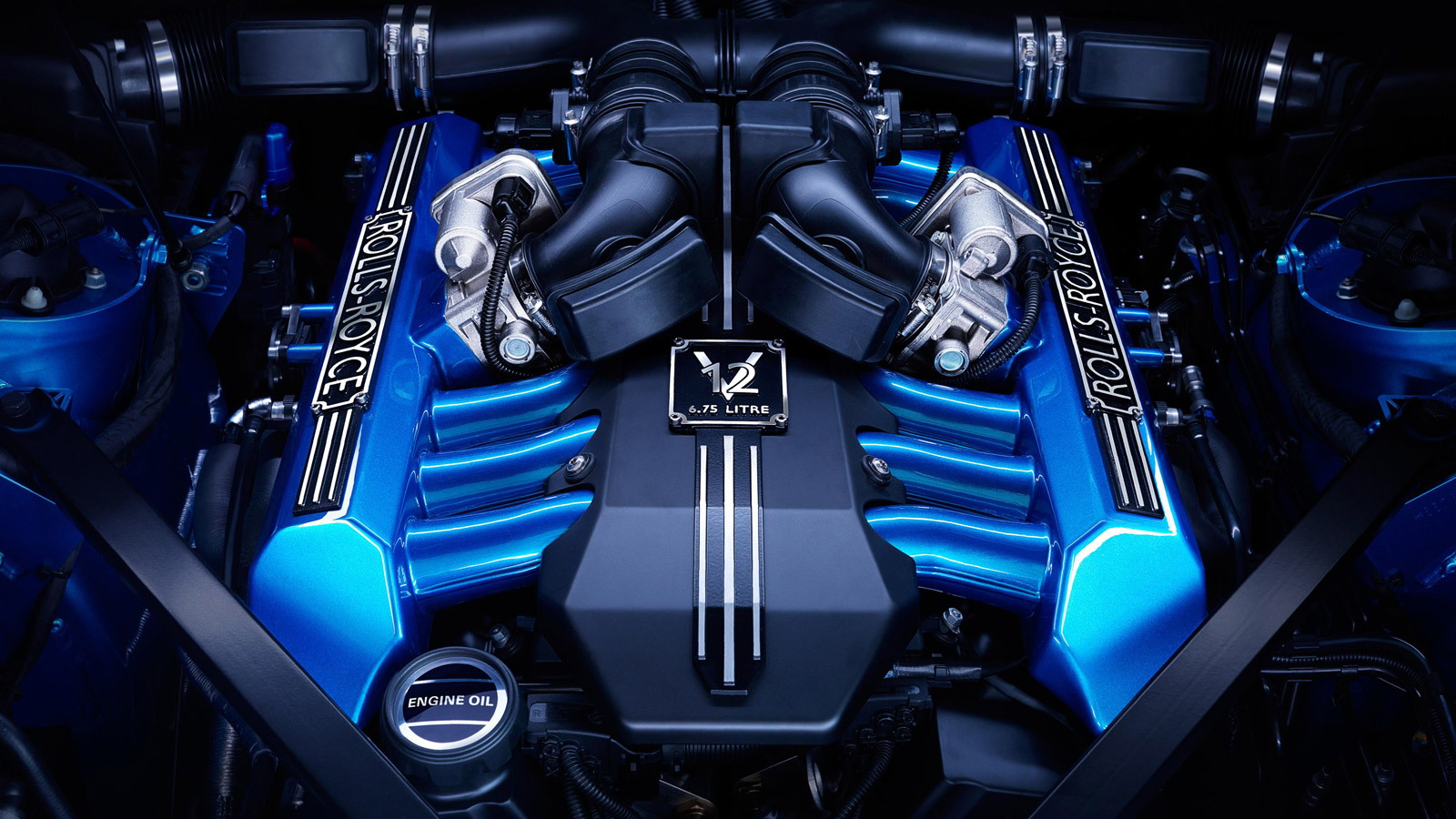 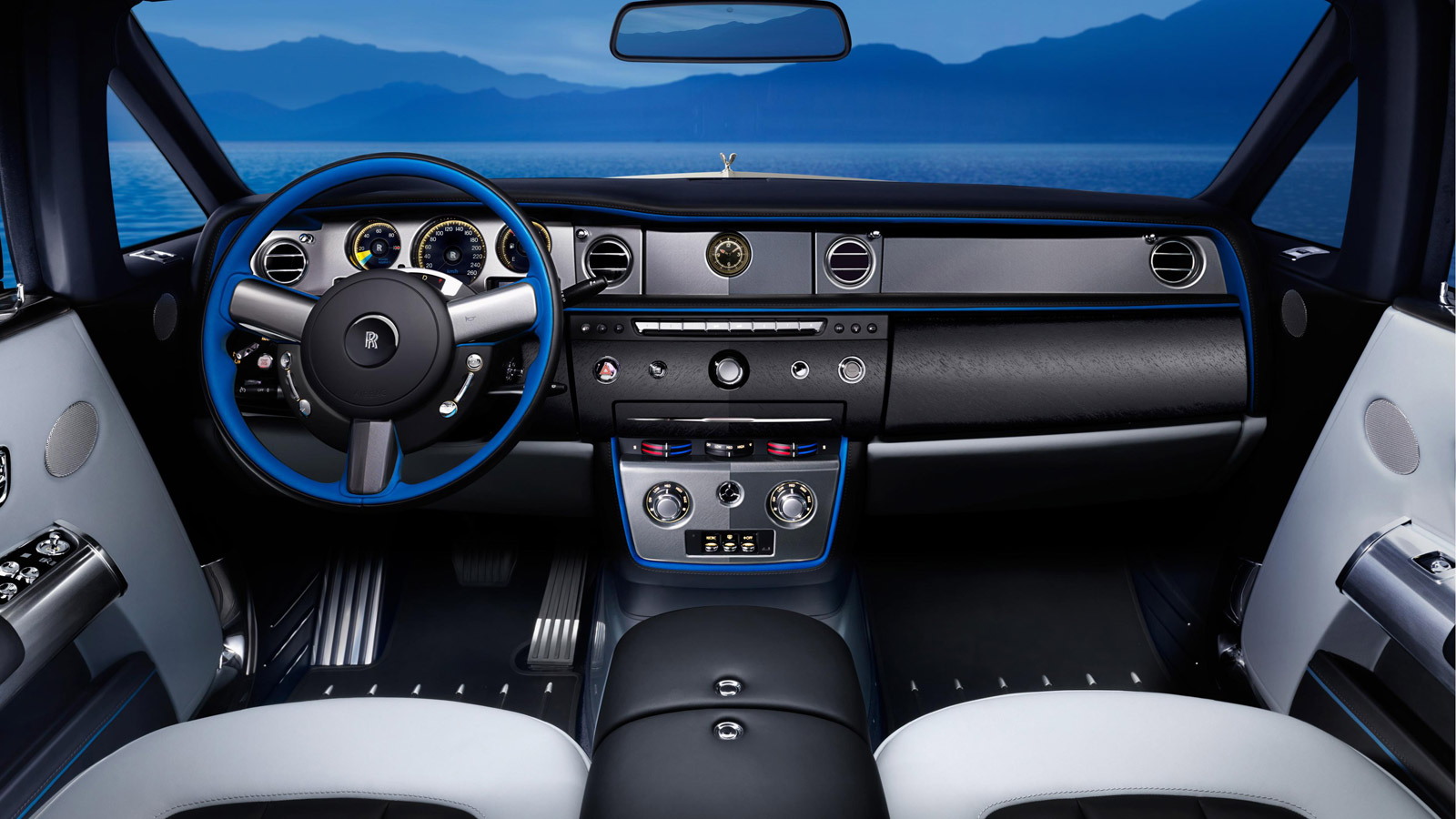 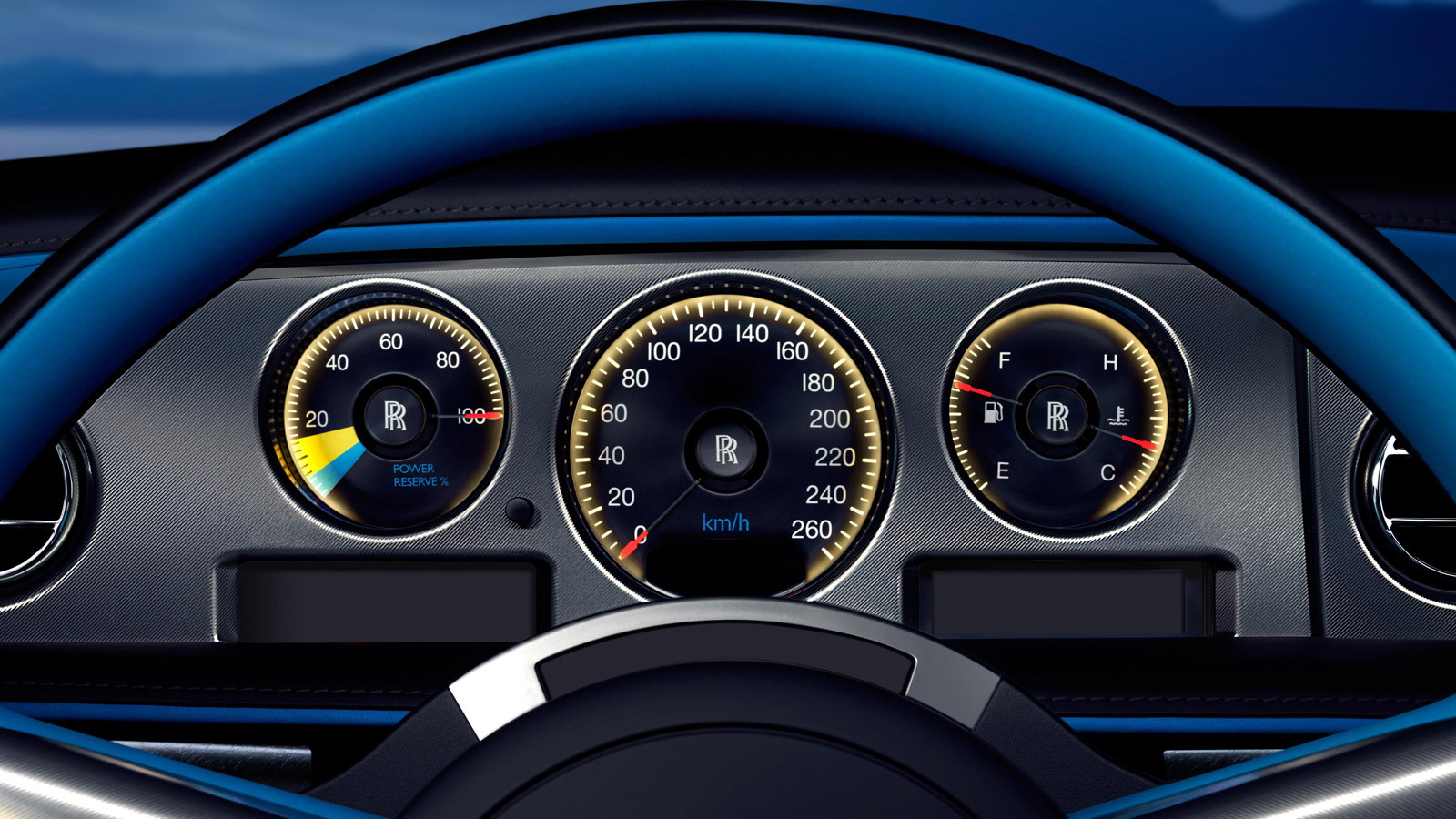 12
photos
Rolls-Royce has finally unveiled its new special edition Phantom Drophead Coupe built to commemorate the triumph of Sir Malcolm Campbell in his Rolls-Royce-powered Bluebird K3 boat in setting the world waterspeed record back in 1937, a time when Rolls-Royce-powered vehicles held speed records on air, land and—thanks to Campbell’s efforts—water.

It was unveiled today at a private event held at the site of the original Bluebird Motor Company (now the Bluebird Restaurant) in London and will be shown in public for the first time at the 2014 Concorso d’Eleganza Villa D’Este on May 23. The Lake Como event is fitting as it was on the adjacent Lake Maggiore where, on September 1, 1937, Campbell established his legend, setting a record of 126.33 mph (his highest speed achieved was 129.5 mph).

Called the Phantom Drophead Coupe Waterspeed Collection, the car celebrating the achievement has been approved by Campbell’s grandson (Donald) and great grandson (Joe), and will be built in a limited run of just 35 examples.

The car is finished in a specially developed Maggiore Blue exterior paint, named after the lake where the record was set and inspired by Bluebird’s original color scheme. Nine layers of paint are applied before an exhaustive process of hand-sanding and the application of a special powdered lacquer. For the first time in Rolls-Royce history the exterior finish extends to the engine and even the wheels.

But that’s not the only Rolls-Royce first featured here. Echoing the cutting-edge technology employed in the construction of Campbell’s Bluebird K3, Rolls-Royce has selected a number of materials never used previously on one of its cars. One is brushed steel, which features on the deck and was also used on the original Bluebird K3. The deck alone takes 80 hours to produce, while the coachline, complete with Bluebird motif, takes another four hours to apply by hand using a squirrel hair brush.

Inside, a number of elements matching the Maggiore Blue exterior finish can be found. There are also hand-engraved door sills and armrest accents, Abachi wood dash accents, and a hand-embroidered panel for the glove box expressing the records Campbell achieved. Other highlights include the power reserve dial made to match the one on Campbell’s Bluebird K3 and a clock adorned with Bluebird’s infinity symbol. Finally, the steering wheel is presented in two-tone for the first time.

No performance-related changes have been made in the powertrain department, so all 35 Phantom Drophead Coupe Bespoke Waterspeed Collection cars will come with a 453-horsepower 6.75-liter V-12 mated with an eight-speed automatic transmission.