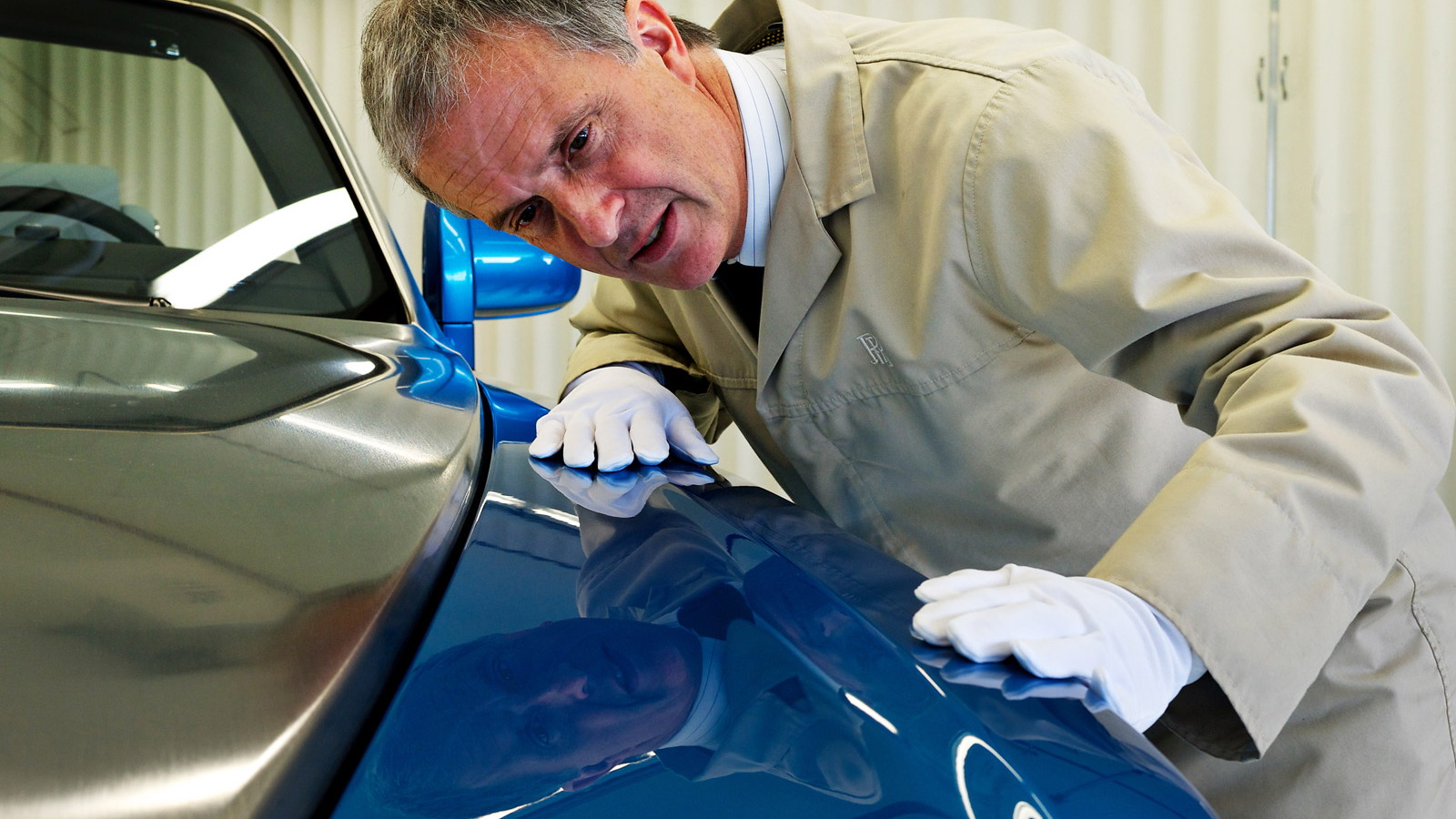 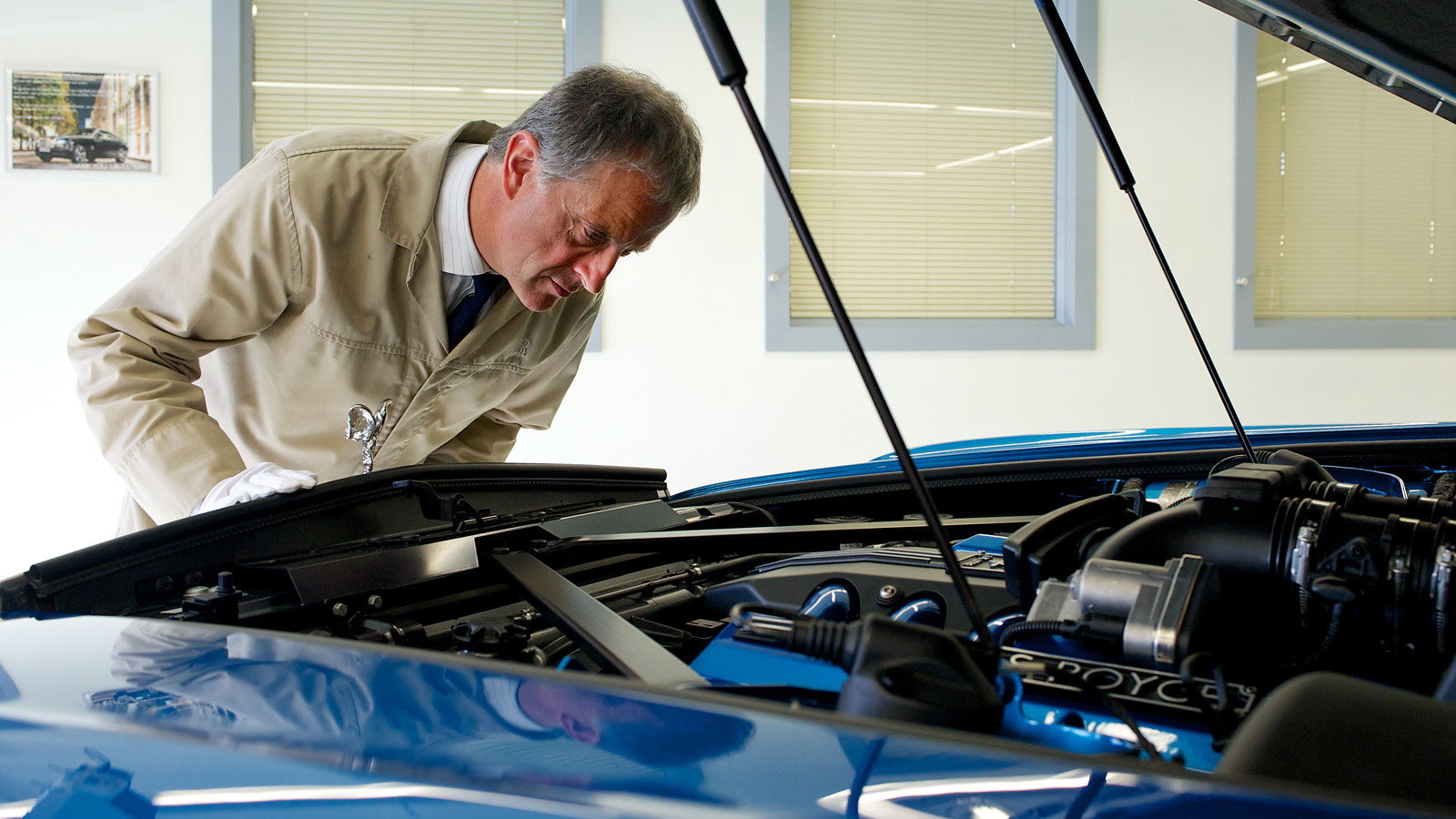 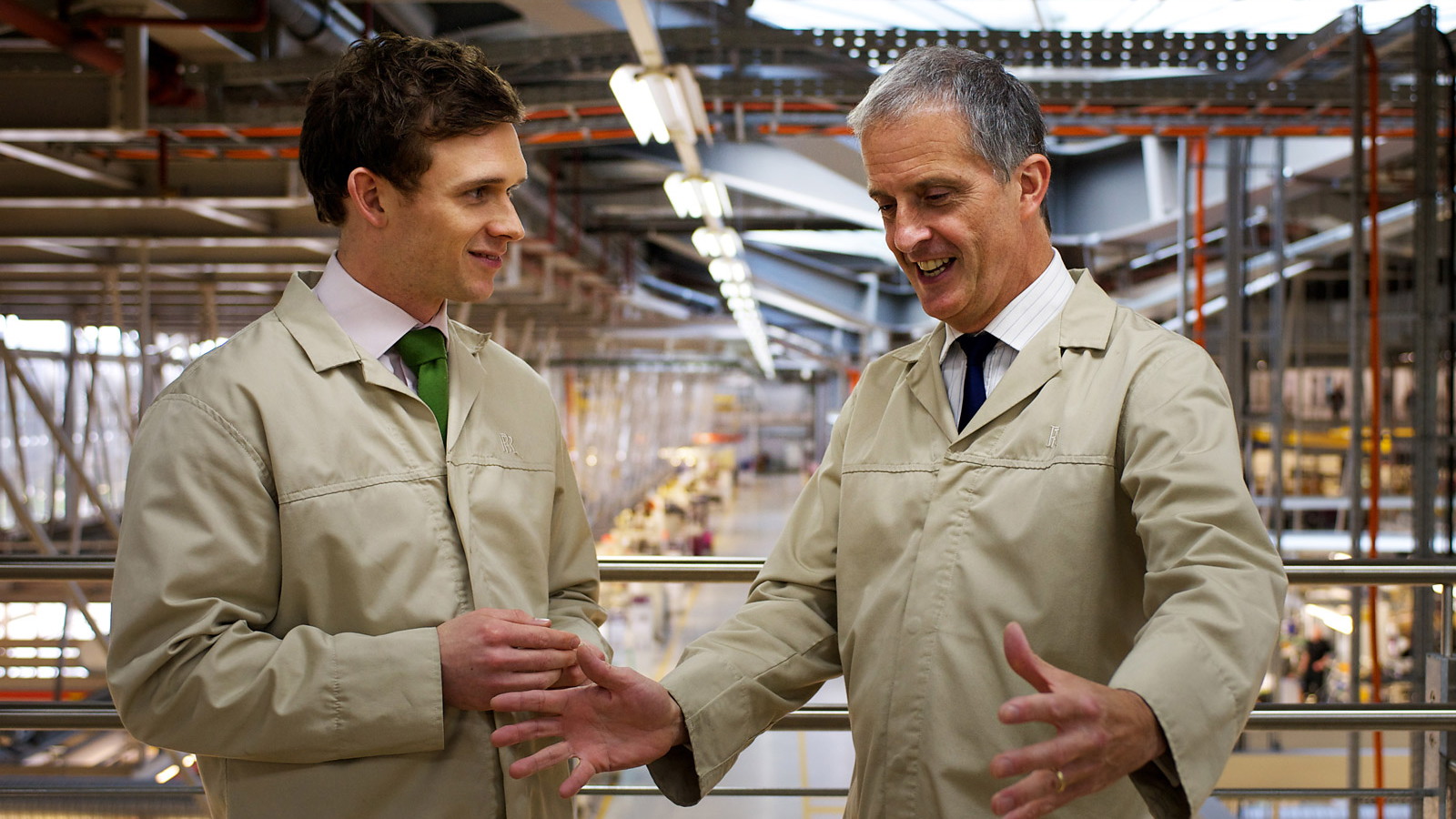 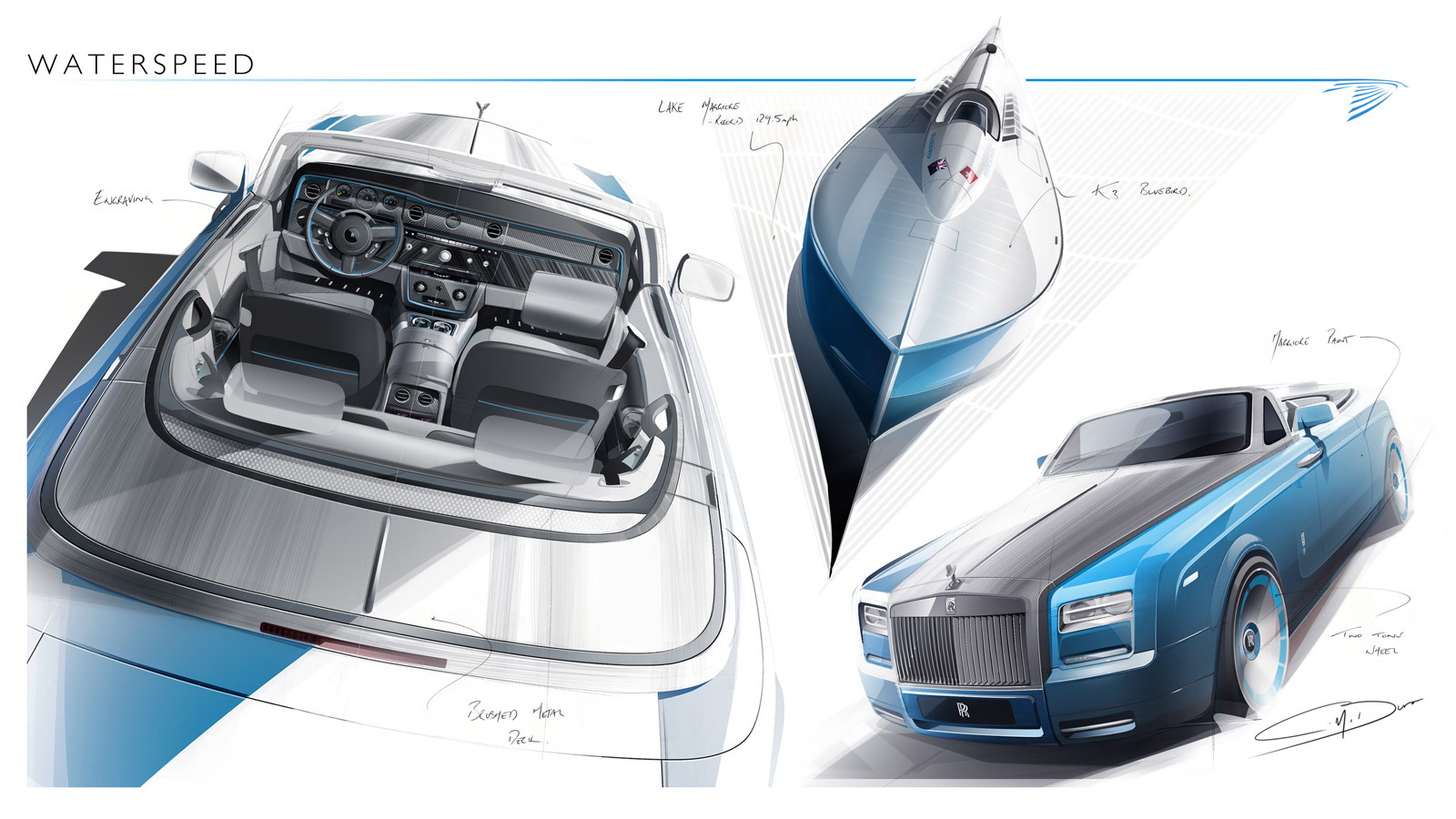 4
photos
Later this year, Rolls-Royce will unveil a new special edition Phantom Drophead Coupe that will be built in a run of 35 vehicles and commemorates the triumph of Sir Malcolm Campbell in his Rolls-Royce-powered Bluebird K3 boat in setting the world waterspeed record back in 1937, a time when Rolls-Royce-powered vehicles held speed records on air, land and--thanks to Campbell’s efforts--water.

Rolls-Royce isn’t showing us the car just yet, but the automaker did invite Campbell’s grandson (Donald) and great grandson (Joe) down to its headquarters in the U.K. to give it their seal of approval.

The car will be called the Rolls-Royce Phantom Drophead Coupe Waterspeed Collection and will feature a unique blue exterior finish called Maggiore Blue, which takes its name from the lake where Campbell reached a top speed of 129.5 mph to take the record.

It takes over 80 hours for a Rolls-Royce craftsperson to manufacture and hand brush the car’s striking brushed steel deck, while the coachline, complete with Bluebird motif, takes another four hours to hand-apply using a squirrel hair brush. Steel was used for the deck instead of the usual aluminum because it was the material primarily used on Campbell’s record-setting boat.

“I have no doubt that my grandfather Sir Malcolm Campbell would feel extremely proud to see his achievements honored in this way,” Donald Campbell said in a statement. “The Waterspeed car is a work of art; the blue and brushed steel evoke connotations of my grandfather’s world record boats, Bluebird K3 and K4.”

Note, Rolls-Royce has other special edition models to present this year, so stay tuned.