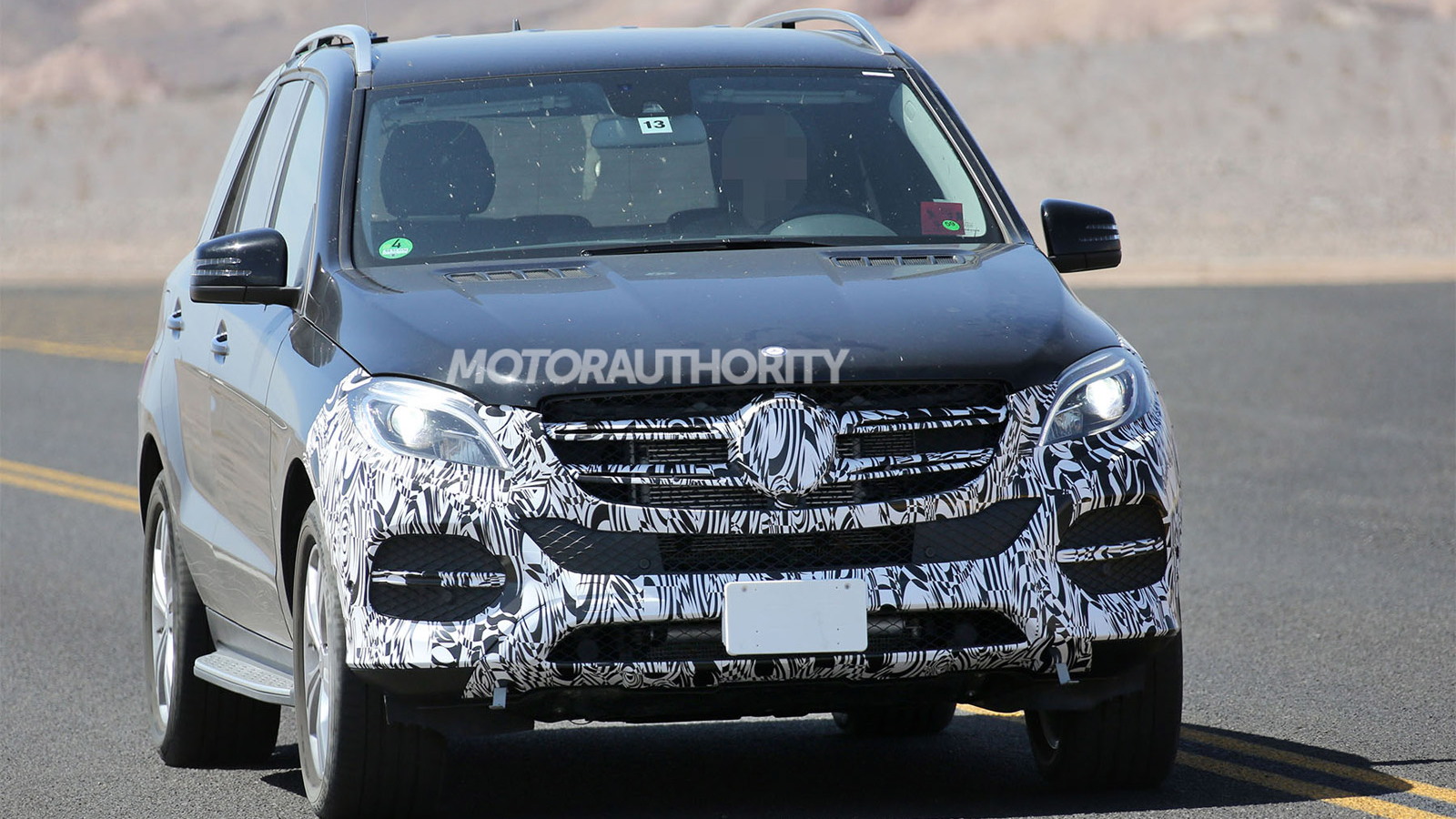 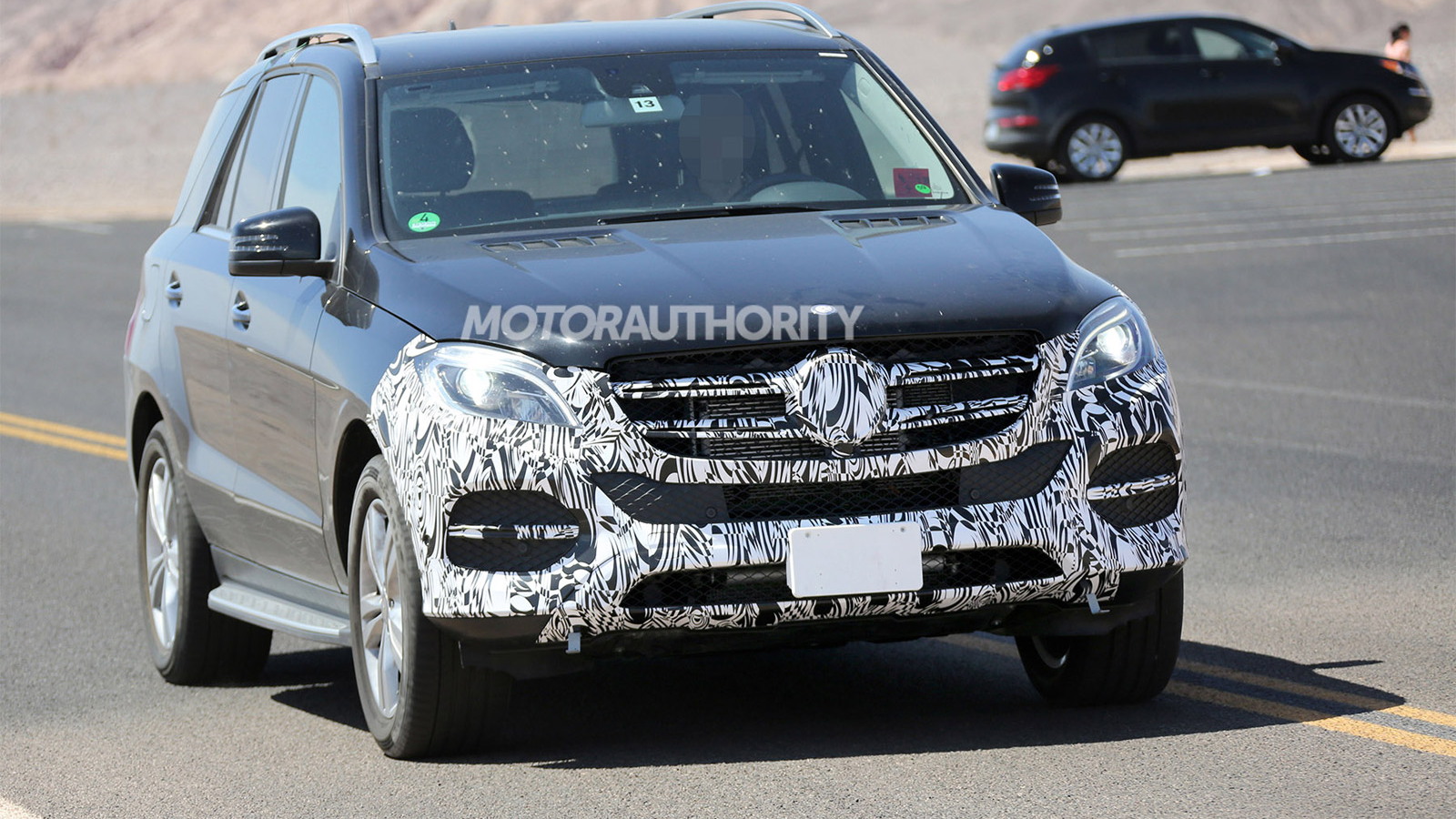 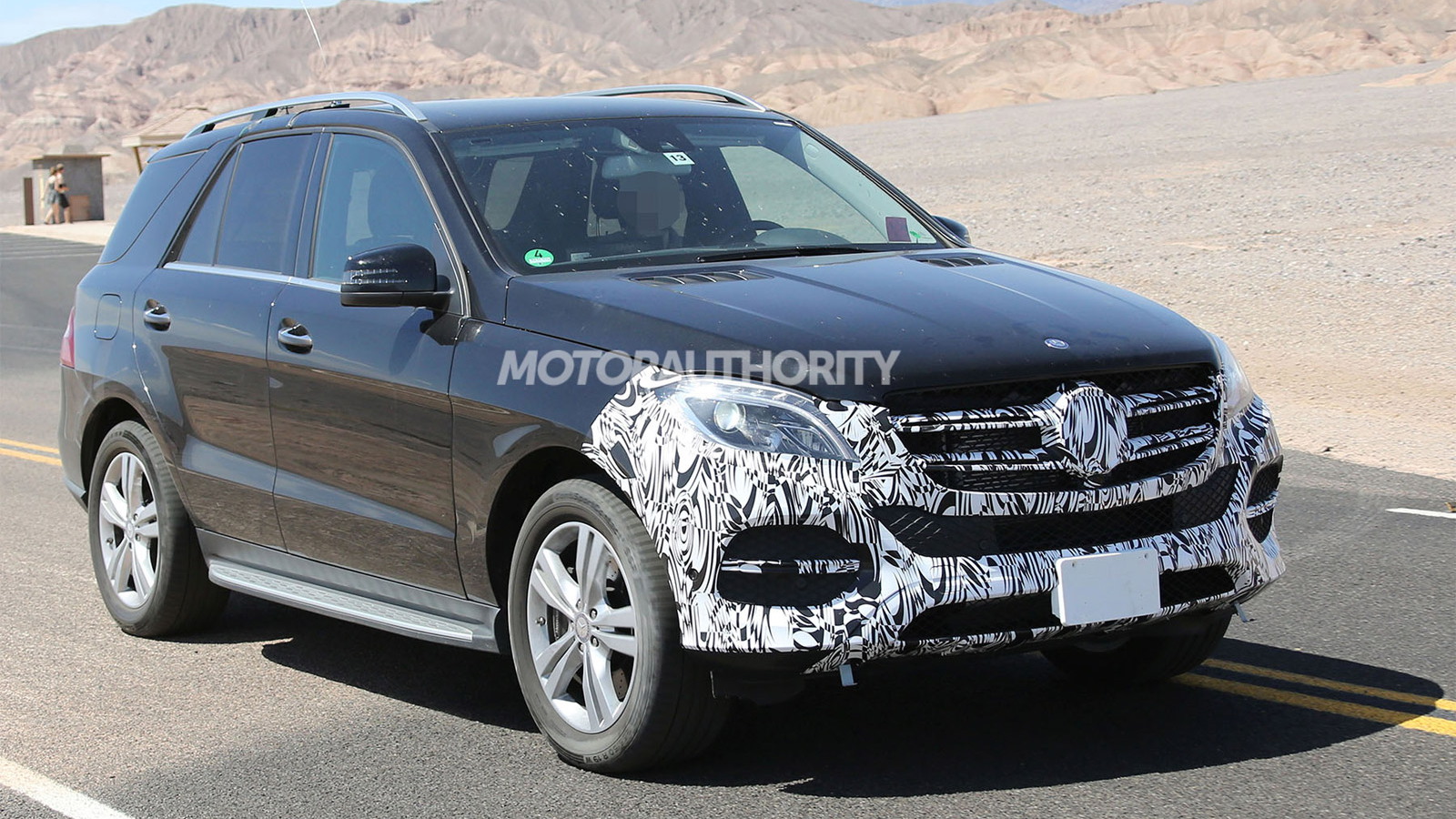 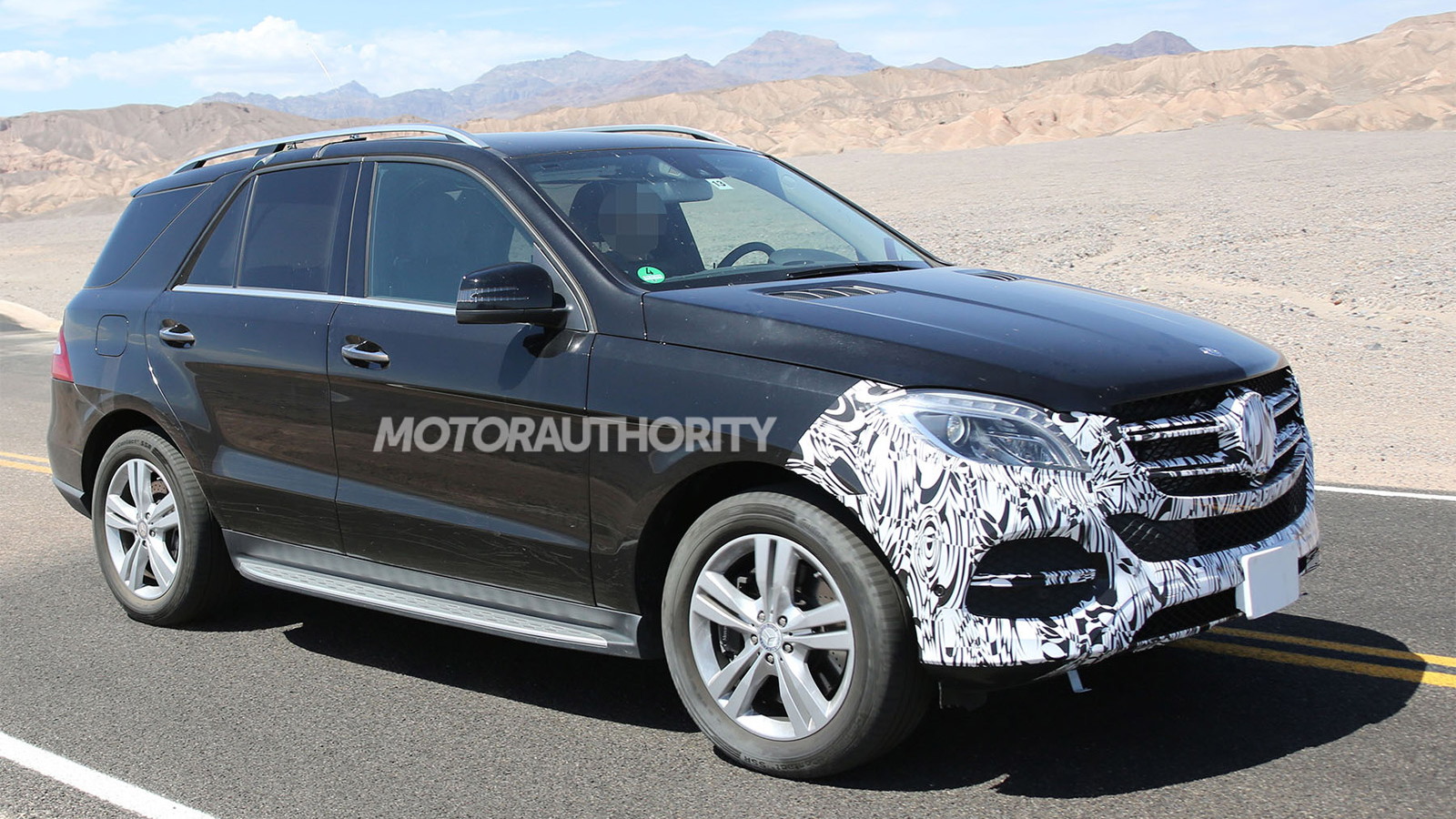 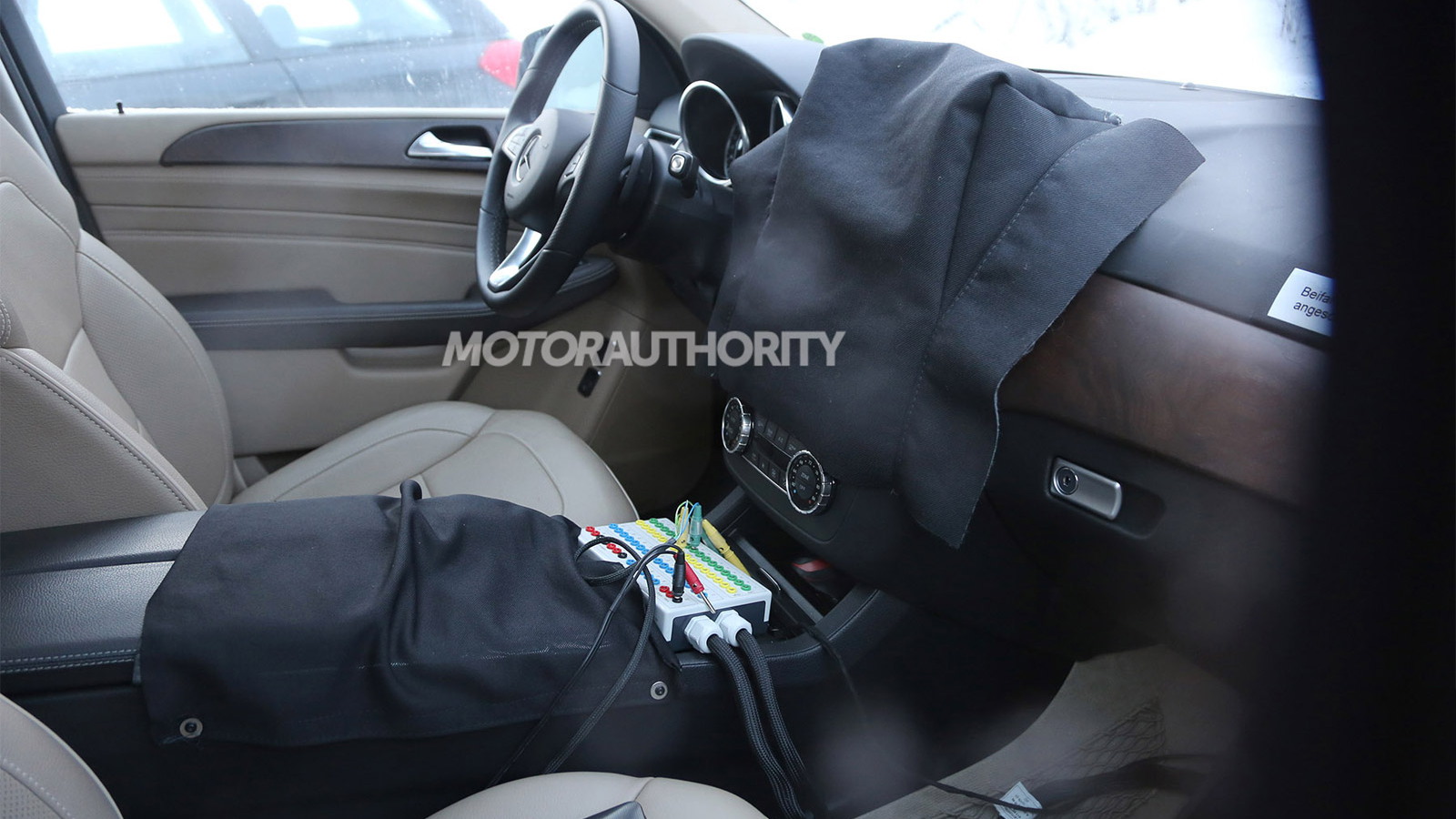 10
photos
At the 2015 Detroit Auto Show, we’ve been treated with the reveal of the all-new 2016 Mercedes-Benz GLE Coupe—in regular, AMG Sport and dedicated Mercedes-AMG flavors.

But isn’t the GLE Coupe just a coupe-like version of the GLE (the new name for the M-Class)? It is, and we’ll be getting our first look at the non-coupe-like GLE at April’s 2015 New York Auto Show. The information was revealed by Mercedes chief Dieter Zetsche in Detroit this week, and first reported by Autoblog.

The new GLE will be arriving in showrooms in the fall, as a 2016 model. It is essentially a facelift of the current M-Class on sale since the 2012 model year.

Look for a few styling tweaks and a revamped interior. We’ll also be seeing a plug-in hybrid option launched for the SUV. This will make the GLE the third of 10 plug-in hybrids Mercedes will be launching by the end of 2017. The first two were the S550 Plug-In Hybrid and C350 Plug-In Hybrid, the latter of which was introduced this week in Detroit.

The coming year has been designated the “Year of the SUV” by Mercedes as the automaker plans to launch four new or updated high-riding models before 2015 is out. Others include the all-new 2016 GLC (the GLK-Class replacement) and the new 2016 GLS (the GL-Class facelift).

“The SUV market continues to grow,” Zetsche said. “Analysts expect the luxury SUV segment in the U.S. to grow at twice the rate of the overall market in 2015 and 2016—that is why we will bring four new or revised SUV models to the market by the end of 2015.”