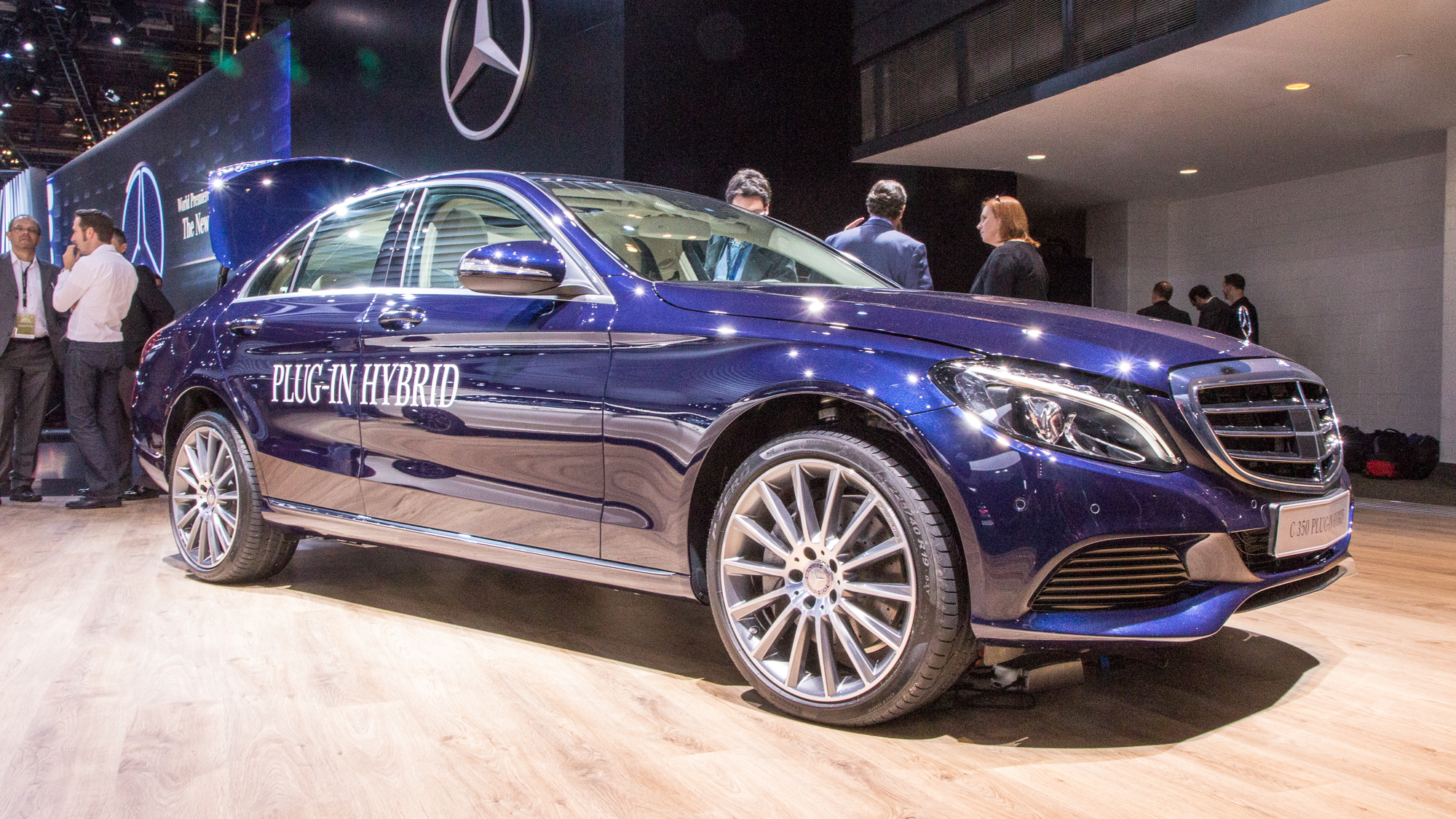 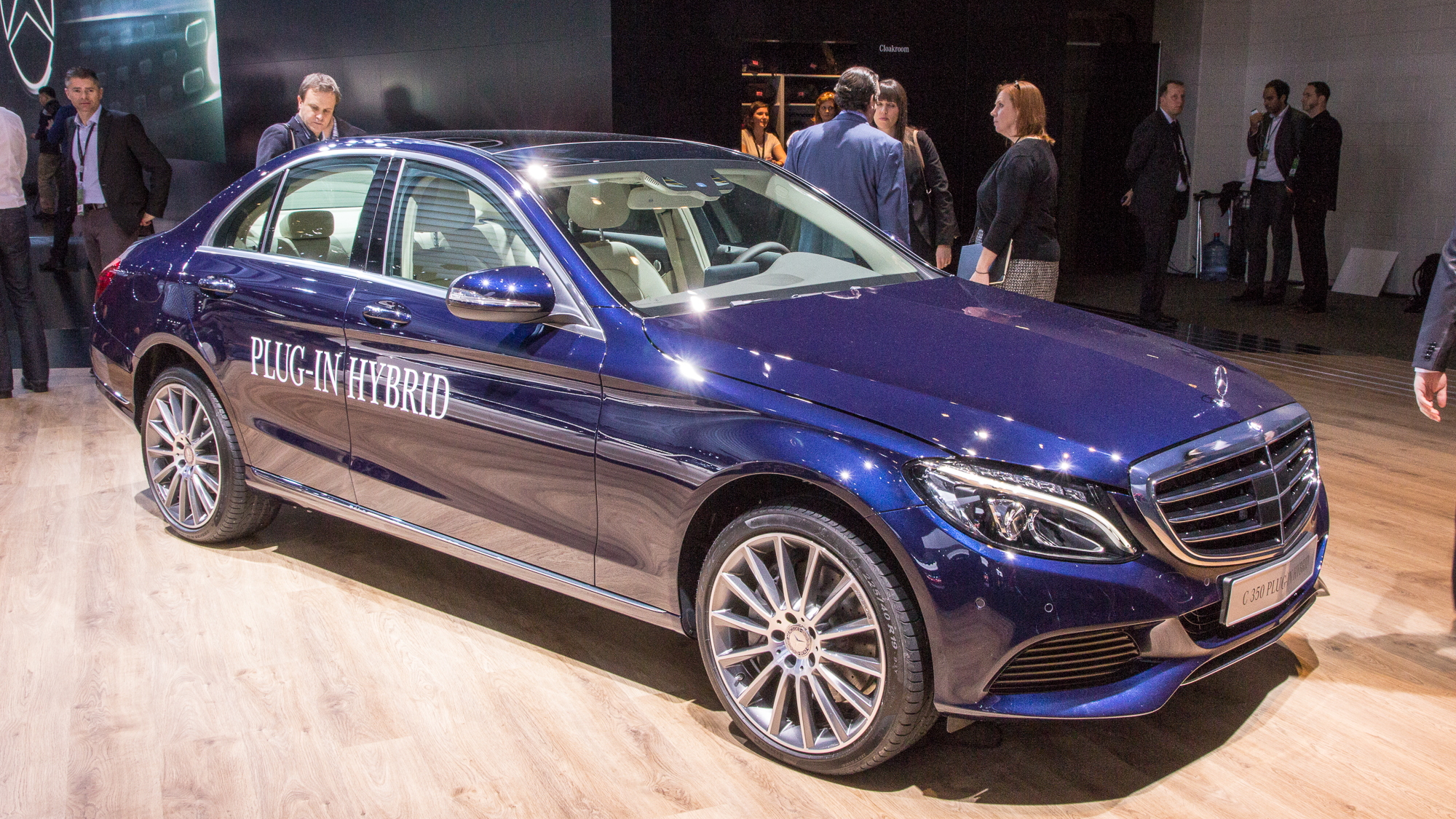 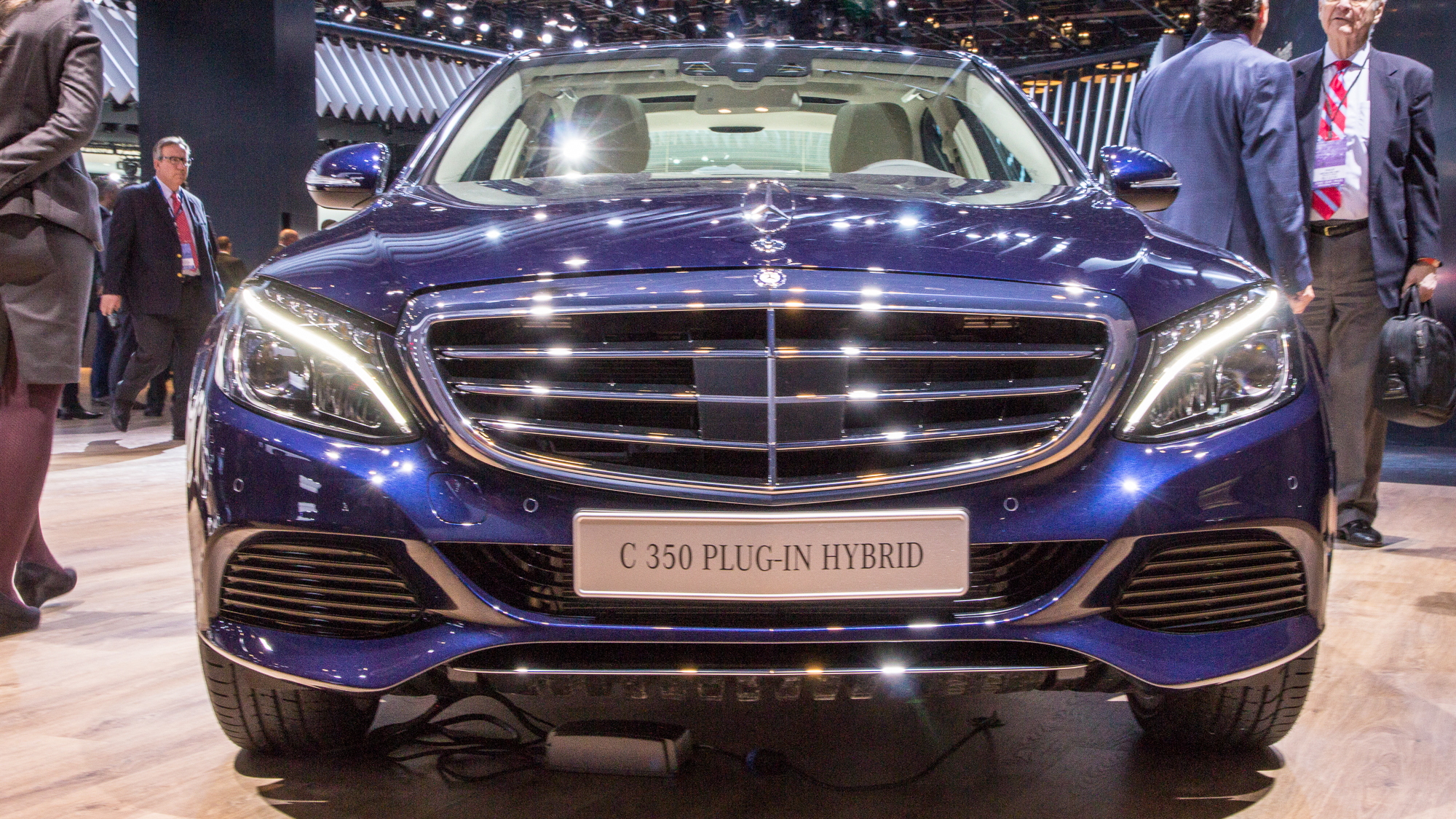 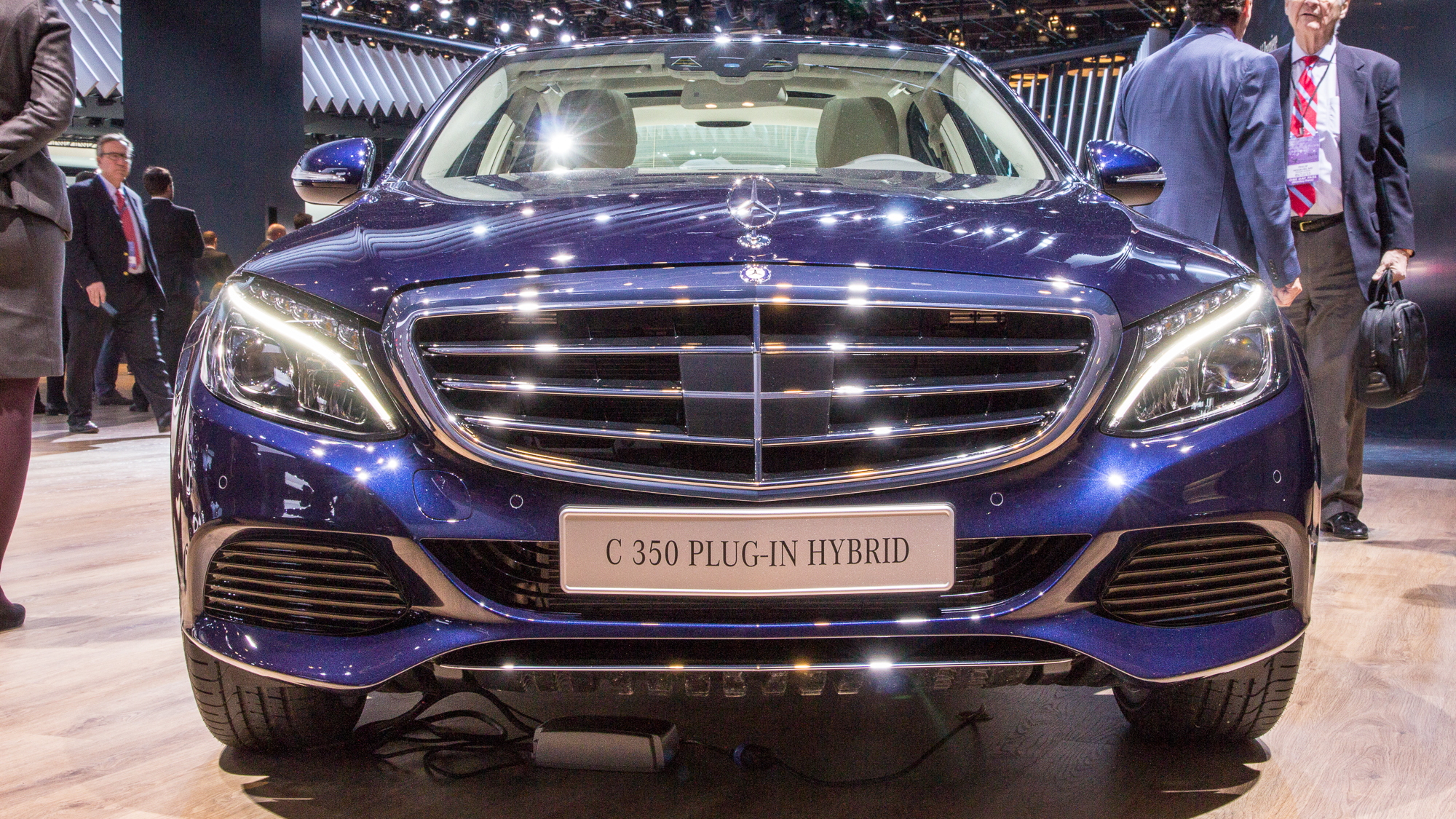 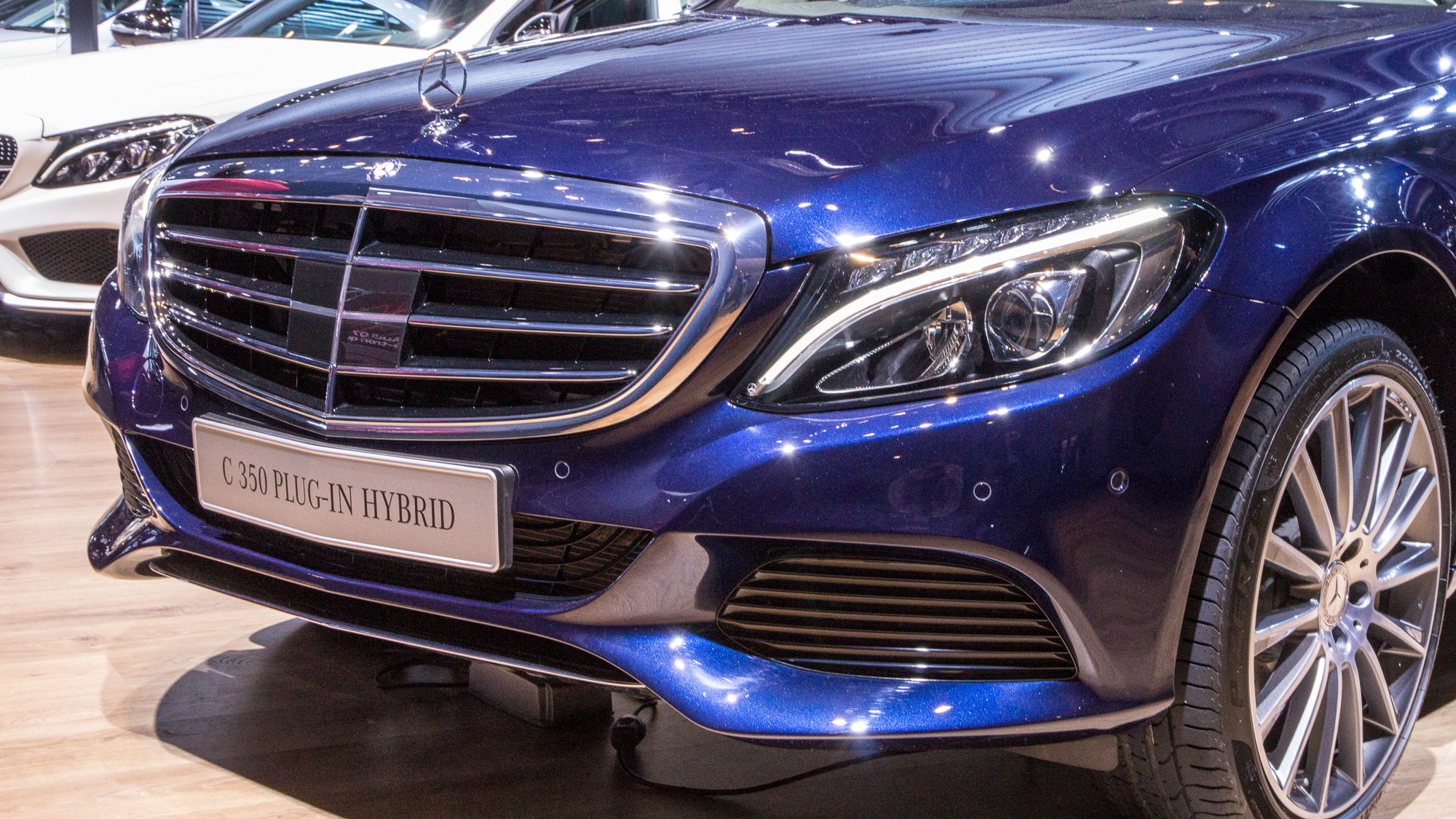 The S550 Plug-In Hybrid won’t be the only electrified Mercedes-Benz hitting showrooms this year; the German automaker has used this week’s 2015 Detroit Auto Show to unveil the new C350 Plug-In Hybrid. The eco-friendly sedan (overseas markets will also get a wagon) will go on sale in the fall as a 2016 model, and will be the second of 10 new plug-in hybrids Mercedes plans to launch up to 2017 (mostly SUVs).

The 2016 C350 Plug-In Hybrid’s powertrain is similar to the one in the S550 Plug-In Hybrid but features a turbocharged 2.0-liter four-cylinder engine as its internal combustion component. The engine develops 208 horsepower and 258 pound-feet of torque on its own, while an electric motor, integrated with a seven-speed automatic transmission, adds 80 hp and 251 lb-ft of torque.

Powering the electric motor is a 6.2-kWh lithium-ion battery, located below the trunk. With a full charge, Mercedes says C350 Plug-In Hybrid owners should be able to drive roughly 20 miles on electric power alone, and using a mix of electric and gasoline power the car is said to be capable of returning an incredible 112 mpge. Charging can be done at home or on the road—either with brake-energy regeneration or power from the engine.

Total system output comes in at 275 hp and 443 lb-ft of torque, which is enough for 0-60 mph acceleration in just 5.9 seconds. Drive is the rear wheels only and top speed is 130 mph. Of course, when you’re in electric mode, performance will be diminished. Top speed in this mode is limited to 80 mph to maximize range.

One interesting feature of the C350 Plug-In Hybrid is a haptic accelerator pedal. When driving in electric mode, if the driver's foot meets a point of resistance on the accelerator this is an indication that maximum electric performance is being delivered. If the driver continues to depress the pedal beyond this resistance point, the engine will kick in.

Thanks to the ability of the power sources to work independently, the car offers multiple driving modes. These include the same modes found in the S550 Plug-In Hybrid: HYBRID (mix of power sources), E-MODE (electric power only), E-SAVE (fully charged battery is reserved to be able to drive on electric power alone later) and CHARGE (battery is charged while driving).

Pricing and EPA-rated fuel economy figures for the 2016 C350 Plug-In Hybrid will be announced closer to the sales launch in early fall.

Because of the modular design of Mercedes’ plug-in hybrid technology—the power electronics and battery designs are all shared—the automaker will be able to roll out more of the eco cars in quick succession. As mentioned, another eight are promised to appear by the end of 2017. Beyond that date, Mercedes is looking at introducing even more efficient diesel-electric plug-in hybrids and there will likely be some AMG-badged performance plug-in hybrids, too.