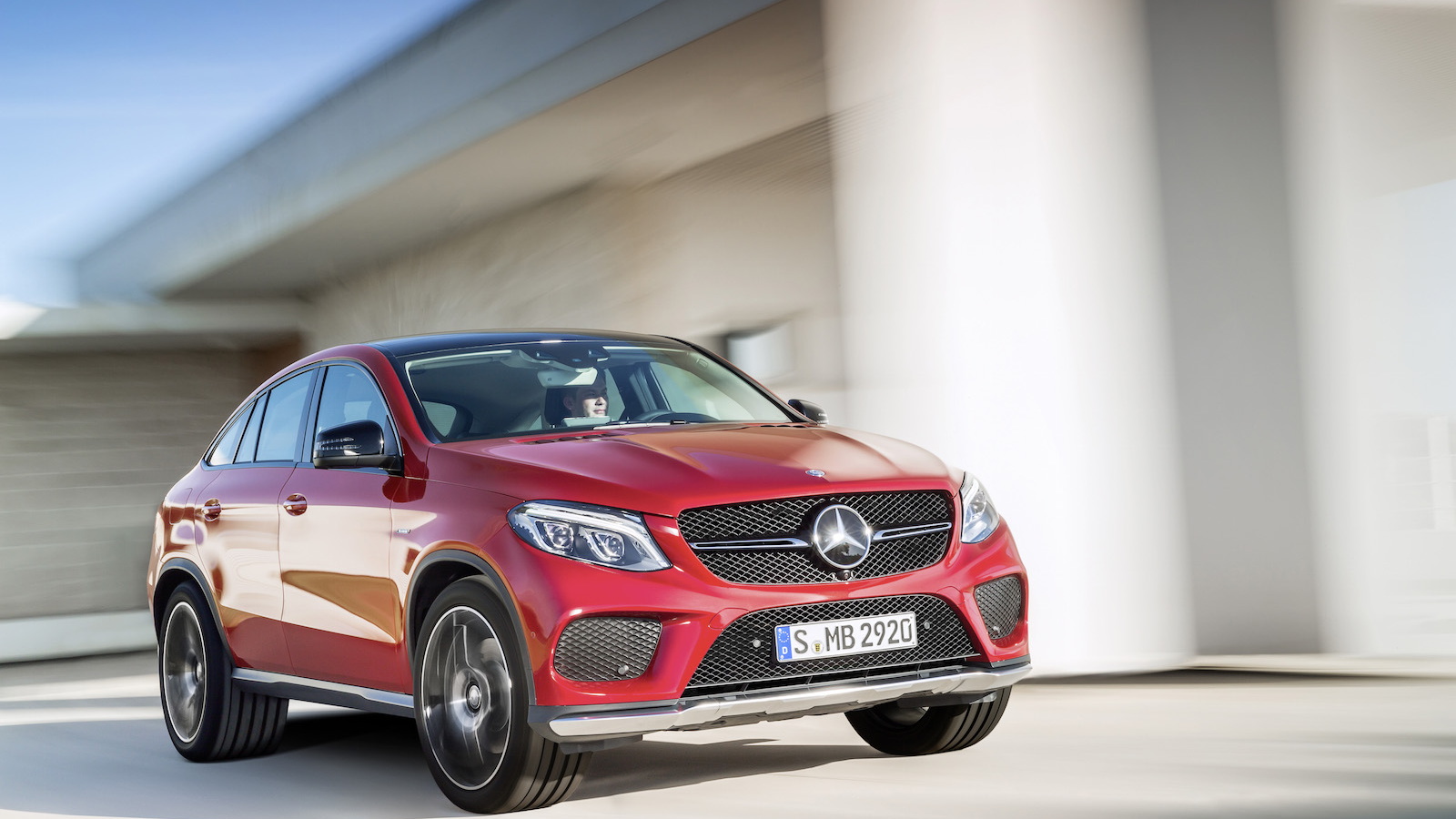 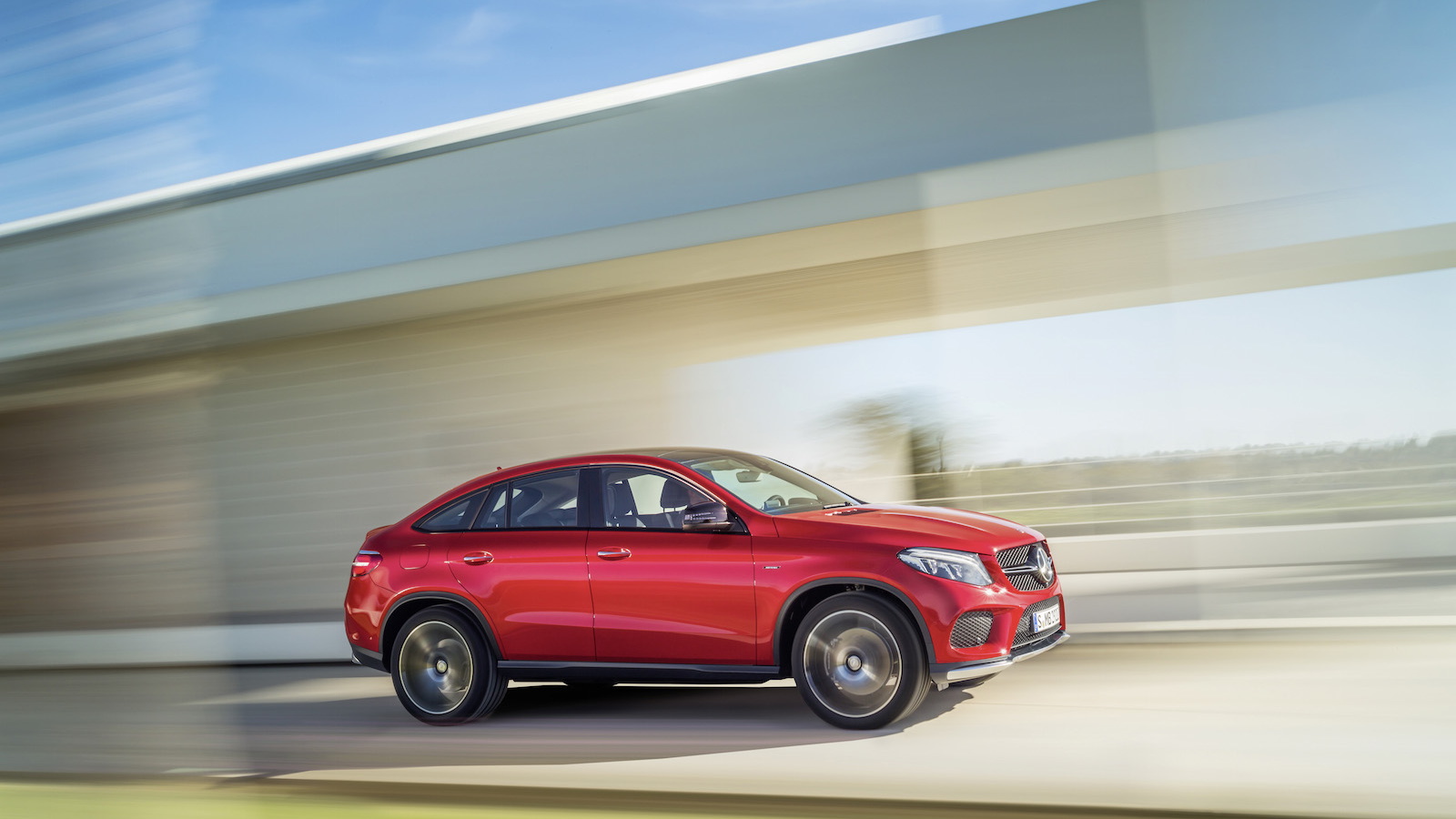 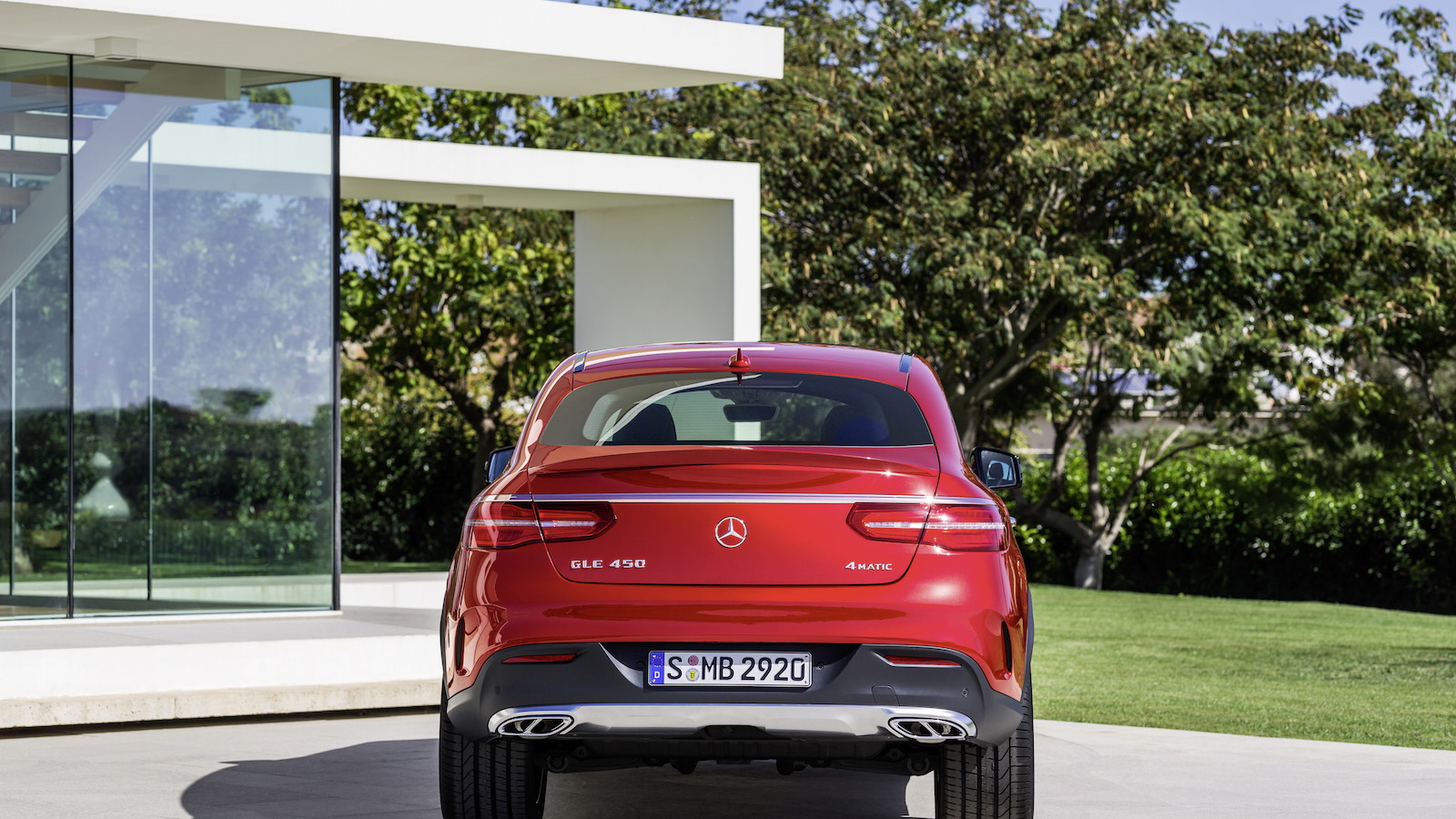 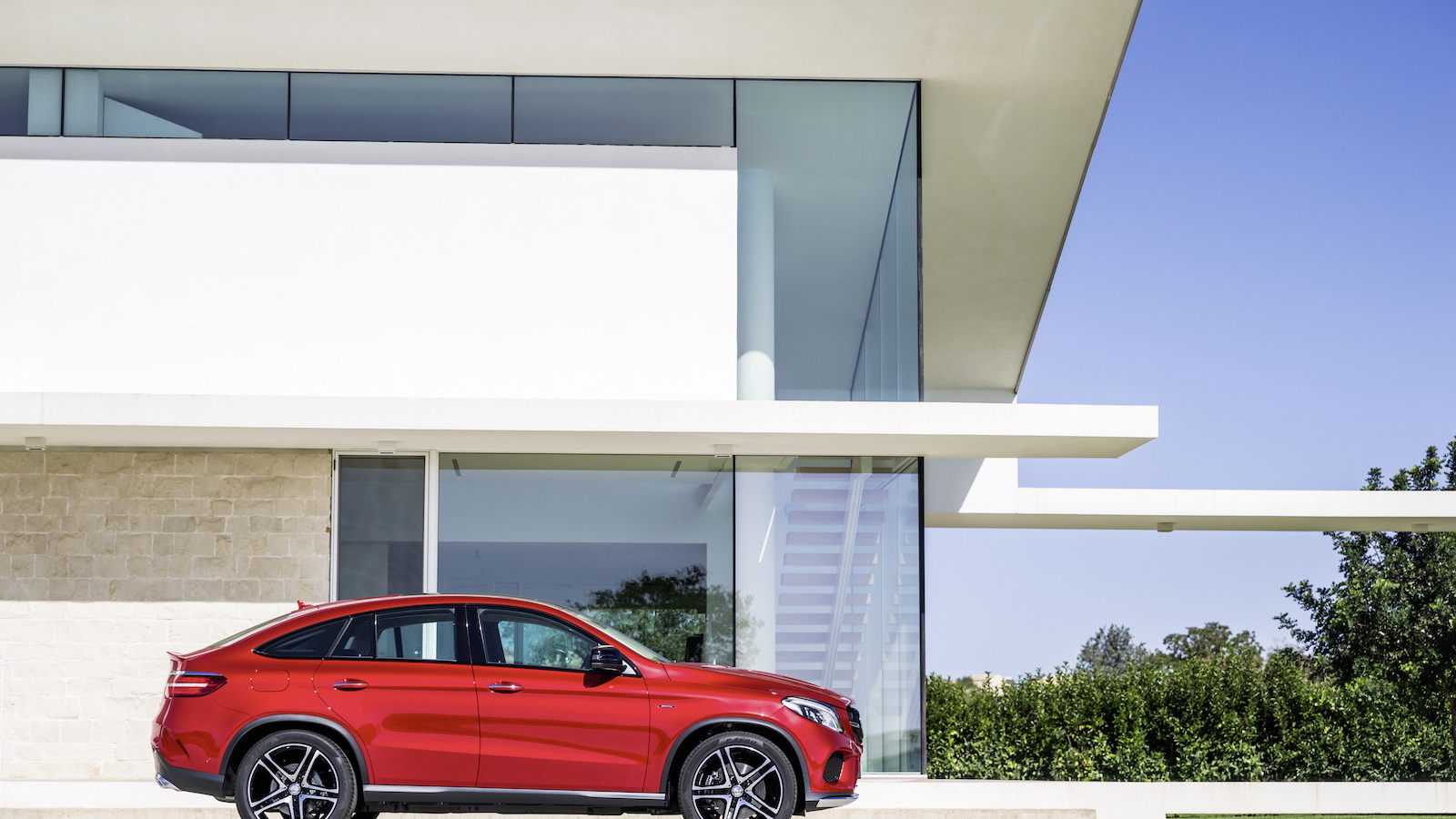 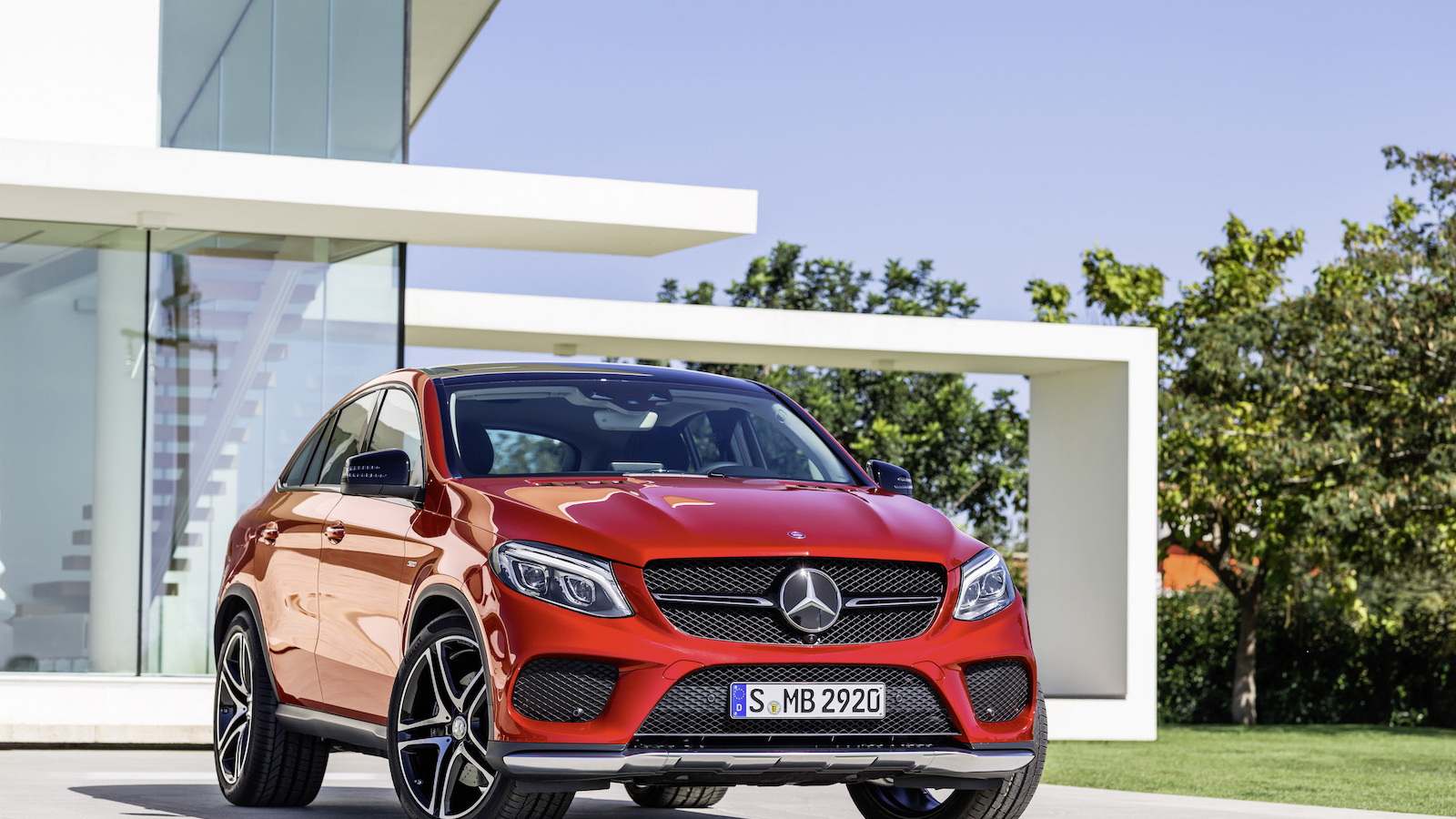 16
photos
Call it the answer to BMW’s X6, or call it simply another monstrosity foisted upon the world at the behest of success in China, but the Mercedes-Benz GLE 450AMG 4Matic Coupe is here, and it’s … certainly something.

Since its debut in concept form at the Beijing Auto Show this spring, we’ve been waiting for Mercedes to take the final sheets off its GLE Coupe—an SUV with coupe-like shape, if not coupe-like door counts or functionality.

This is it, the GLE450 AMG 4Matic, and it’s rather straightforward in its mission: to pack an unusual combination of style and ability into one not-too-large package.

Under the hood of the GLE450 lies a 362-horsepower, 384-pound-foot twin-turbocharged 3.0-liter V-6 engine. Peak torque is available from 1,400 rpm, essentially eliminating any talk of turbo lag, and a 9G-Tronic nine-speed automatic transmission with Dynamic Select helps ensure the 4Matic permanent all-wheel-drive system is always applying that power in the most rational way. Torque distribution is a fixed 40 percent front and 60 percent rear, a slightly more forward-biased solution than the last-generation AMG 4Matic option, but still markedly rear-biased for enhanced dynamics. 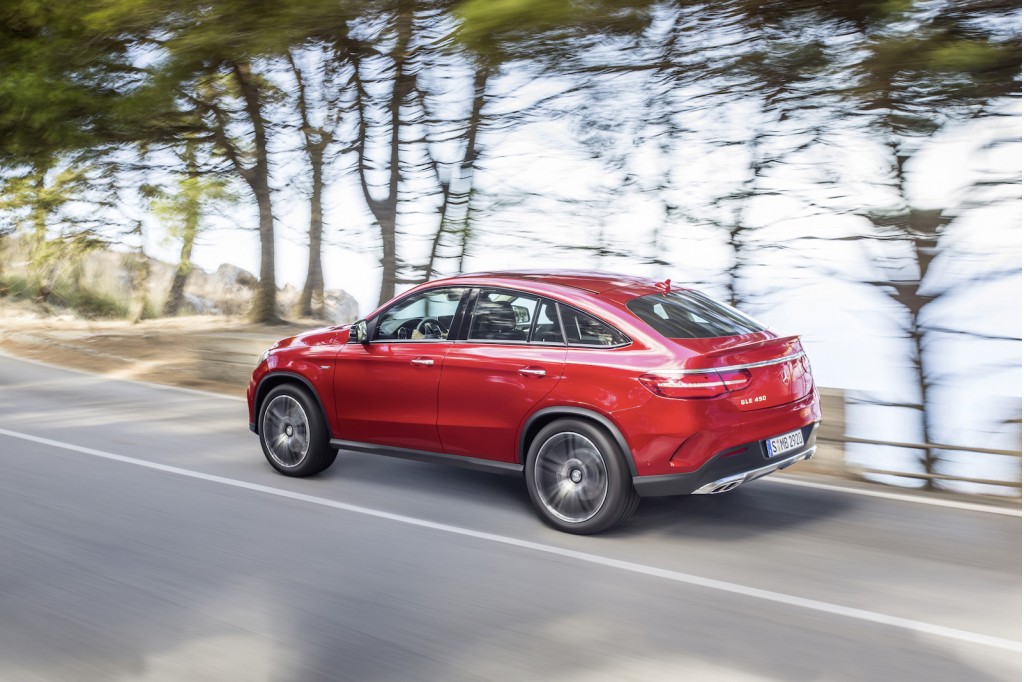 The GLE450 AMG 4Matic holds the distinction of being Mercedes’ first sport-utility coupe, and is also the first of the AMG Sport models to come from the Mercedes brand. A C-Class AMG Sport model is expected to be the next.

"The GLE450 AMG Coupe is our first sports model, and further highly emotional and performance-oriented models will follow in the near future. The new product line from Mercedes-AMG has allowed us to make true sports car technology and the fascination of motorsports more accessible," says Tobias Moers, Chairman of the Board of Management of Mercedes-AMG. "Every vehicle from Affalterbach honors the brand promise of Driving Performance."

To that end, the drive modes available through the Dynamic Select rotary controller include Individual, Comfort, Slippery, Sport, and Sport+. Each mode is fairly self-explanatory, and each seeks to make the most out of the given traction situation. These modes control not only the chassis, steering, powertrain, and suspension settings, but also the engine sounds instrument display, and even the dynamic response of the driving lights. 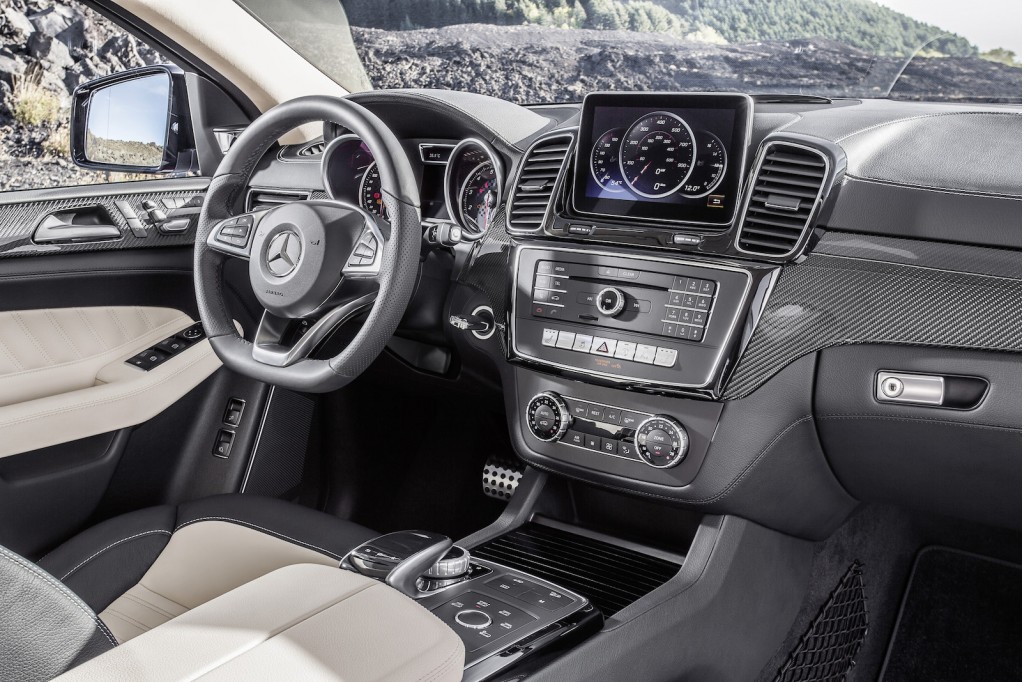 For example, as Mercedes puts it, when Sport+ mode is engaged, “The large central display visualizes the longitudinal and lateral acceleration plus the steering angle with a photo-realistic motorsports graphic.”

Beyond these new technologies, the GLE Coupe’s mission is clearly one of aesthetics and design. That mission was first advanced by the Concept Coupe SUV in Beijing, and while it remains a member of the controversial class first populated by the BMW X6, the GLE Coupe’s take is certainly a different—and likely, for some, preferable—path to a similar end.

The 2016 Mercedes-Benz GLE450 AMG 4Matic will be unveiled officially at the 2015 Detroit Auto Show before going on sale later next year. There will be regular GLE Coupe variants too, including a GLE350d 4Matic diesel model, GLE400 4Matic and eventually a high-performance GLE63 from Mercedes-AMG.